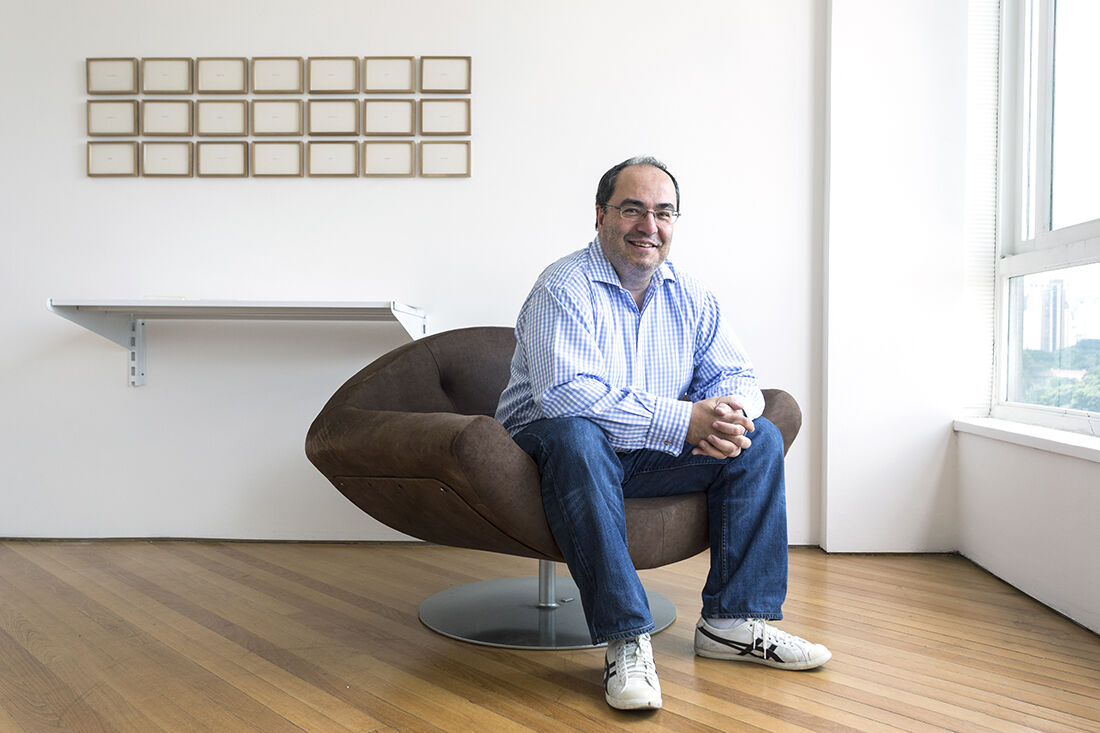 It wasn’t until 2001 that Goldman Sachs’s Jim O’Neill famously named Brazil—along with Russia, India, and China—as one of the world’s fastest-growing economic giants; but half a century earlier, in 1955, Juscelino Kubitschek ran for president of the country on the campaign slogan, “50 years of progress in five.” He won, and, as promised, oversaw widespread industrial development of the nation. With modernization came modern art: over the course of the 1950s, Brazil saw the first São Paulo Biennial, the nascent years of the São Paulo Museum of Modern Art, and a generation of artists intent on responding to the modern condition. One aesthetic movement—
concretism
(and its offshoot,
neo-concretism)
—led the charge, putting the country on the map of the international avant-garde. In their 1956 manifesto, the concrete poets wrote that their medium “refuses to absorb words as mere indifferent vehicles, without life, without personality, without history—taboo-tombs in which convention insists on burying the idea.” 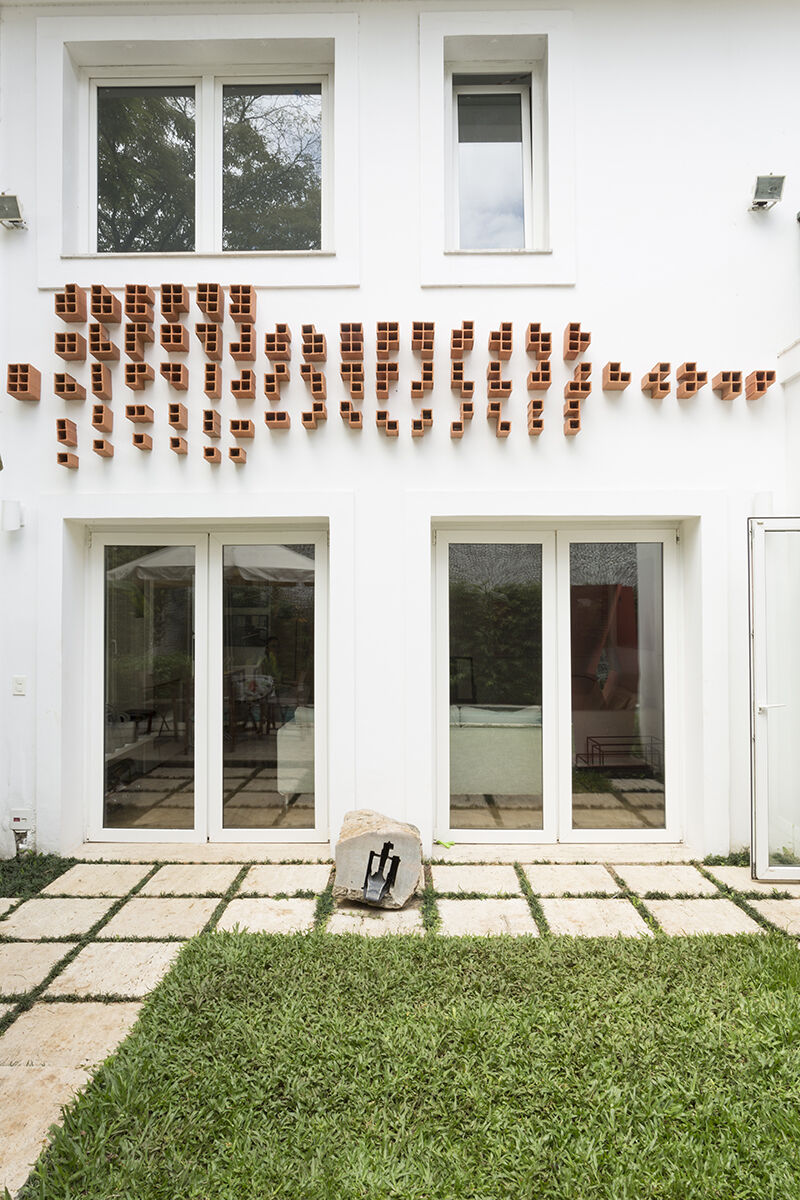 Nearly six decades later, Pedro Barbosa won’t let convention bury his vision for his collection. Barbosa is a trained engineer and retired bond trader who, by his own estimation, has a “very mathematical mindset.” Nevertheless, he doesn’t see artwork as an investment—or, to use the terms of concrete poetry, as “indifferent vehicles” of monetary worth. When I ask why he chose to start buying art, instead of, say, real estate or stock, Barbosa’s response is firm: “Value isn’t an issue for me,” he says. “What’s an issue for me is meaning.” As proof, he cites several works in his collection that “don’t actually exist”: a
Mario García Torres
piece that consists only of a title, an
Yves Klein
record that contains no sound. “You don’t need to have a piece of work, as long as you have a thought process,” he says, adding, “I don’t trade art.”
The only thing Barbosa has traded in recently is the business of trading; reading, research, and intensive communication with the curator of his collection, Jacopo Crivelli Visconti, are a full-time job and his life’s work. He knows the collection inside out; twice our call is interrupted—one time due to a lapse in internet connection, another so that Barbosa can let out his dog—and both times he jumps seamlessly back into analysis of American and British conceptual art from the ’80s. “I am not an accumulator of artwork,” he says. He only purchases pieces that make sense in the context of the larger body of work. “You definitely have to think big-time in order to develop a collection,” he says. 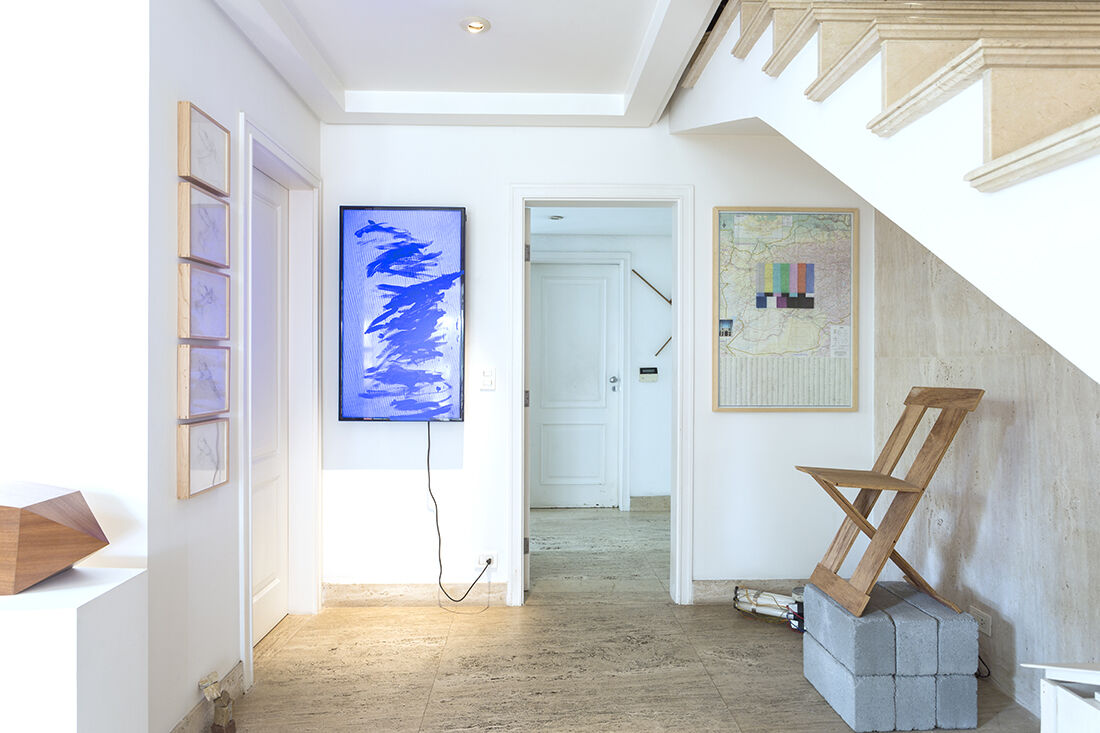 Advertisement
With Barbosa, it’s always the thought that counts. When I ask how and why he got started, he describes the conceptual trajectory of his equally conceptual collection. (Barbosa sees conceptual art as a kind of challenging comfort zone; his Skype profile photo is of a neon sign by
François Curlet
that reads, “Arte Concettuale Spaghetti.”) In 1999, he made his first purchase: a kinetic
Jesús Rafael Soto
sculpture. “We in Brazil have a big influence from concrete poetry and visual, geometric poems and art,” he says. “So it was very easy for me to digest any kind of geometric work.” From there, he became interested in the materiality of 1970s abstract sculpture. He skipped the 1980s, because of a theory he has that art and the creation of wealth go hand in hand; that decade was one of economic weakness in Brazil, and Barbosa believes that artistic production suffered as a result. He began buying work from the mid-’90s instead. 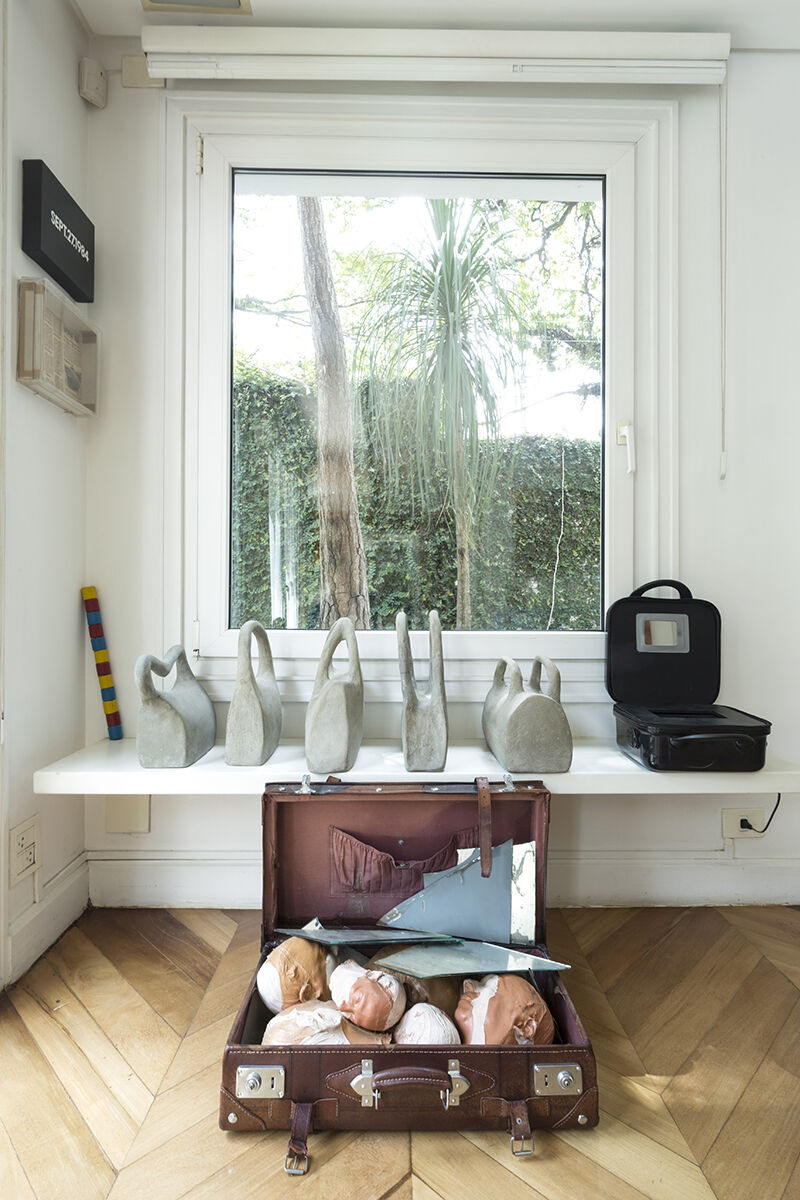 When the Brazilian market opened itself up in the 2000s, Barbosa says, he realized he was no longer speaking the same language as the artists in his country; he started to shop globally. “I decided to look more over Latin America, but I ended up falling into the same trap of geometry,” he says. “Then I moved more to what I call ‘new conceptual art,’ production from the 2000s and 2010s that [incorporates] politics and embedded things that [cannot be seen].”
His current collecting strategy is two-pronged. One of his focuses is hyper-contemporary tech, multimedia, and performance works, mostly produced by young New York artists and sold at Lower East Side galleries like Essex Street and Reena Spaulings Fine Art; the other is audio and textual documentation of conceptual art from the 1970s and ’80s, like
Robert Smithson
’s records of his own work in Artforum. When I ask what kind of art is popular on the Brazilian market these days, Barbosa bristles a bit. “I don’t deal with popular artists,” he says, reiterating, “I look for production that has a lot of thought process behind it, so it is not popular at all.” 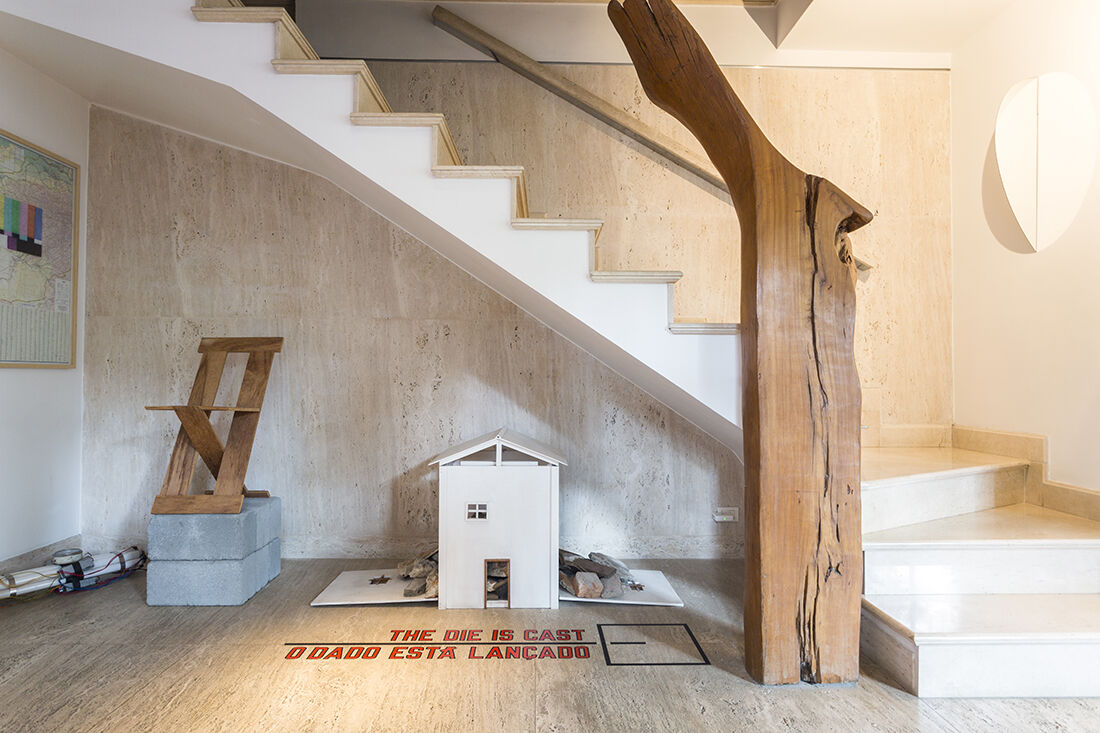 That being said, the collection is rich with works by conceptual art’s heavy hitters. Five artists in Barbosa’s holdings (
Daniel Steegmann Mangrané
,
Eva Kotatkova
, Asli Çavuşoğlu,
Lisa Tan
, and
Antoine Catala
) are featured in this year’s New Museum Triennial. In an art-filled alcove beneath a staircase in his São Paulo home there is a
Lawrence Weiner
floor work featuring the words “The die is cast” in both English and Portuguese. In a nearby apartment where he hosts an invite-only artist residency, a set of record covers designed by Weiner—fusing Barbosa’s interest in audio and language—are also on display. (Seth Siegelaub,
Robert Barry
,
Stanley Brouwn
, and
Douglas Huebler
are also included in the conceptualism-themed exhibition.) Back in Barbosa’s house, two stacked identical photographs of pianos (one untuned and one tuned) by the Mexican artist Fernando Ortega hang on a narrow wall, another chapter in his book of sound-related artworks. The collector tells me that recently, at his son’s 11th birthday party, a young guest tried to turn on a
Nam June Paik
television, knocking off a channel button.

Barbosa’s interest in art may be personal—he believes that it can change the way we think, and wanted his children to grow up around it—as well as specific, but his understanding of the art and financial markets is both historical and global. (One of the reasons that he’s now interested in archives from the ’80s is that he sees the deregulatory policies of Margaret Thatcher and Ronald Reagan as “[sowing] the seeds of today’s society.”) From the way he explains the evolution of the Brazilian art world over the past 15 years, it seems to have seen a shift from local to global resembling that of his own collection. 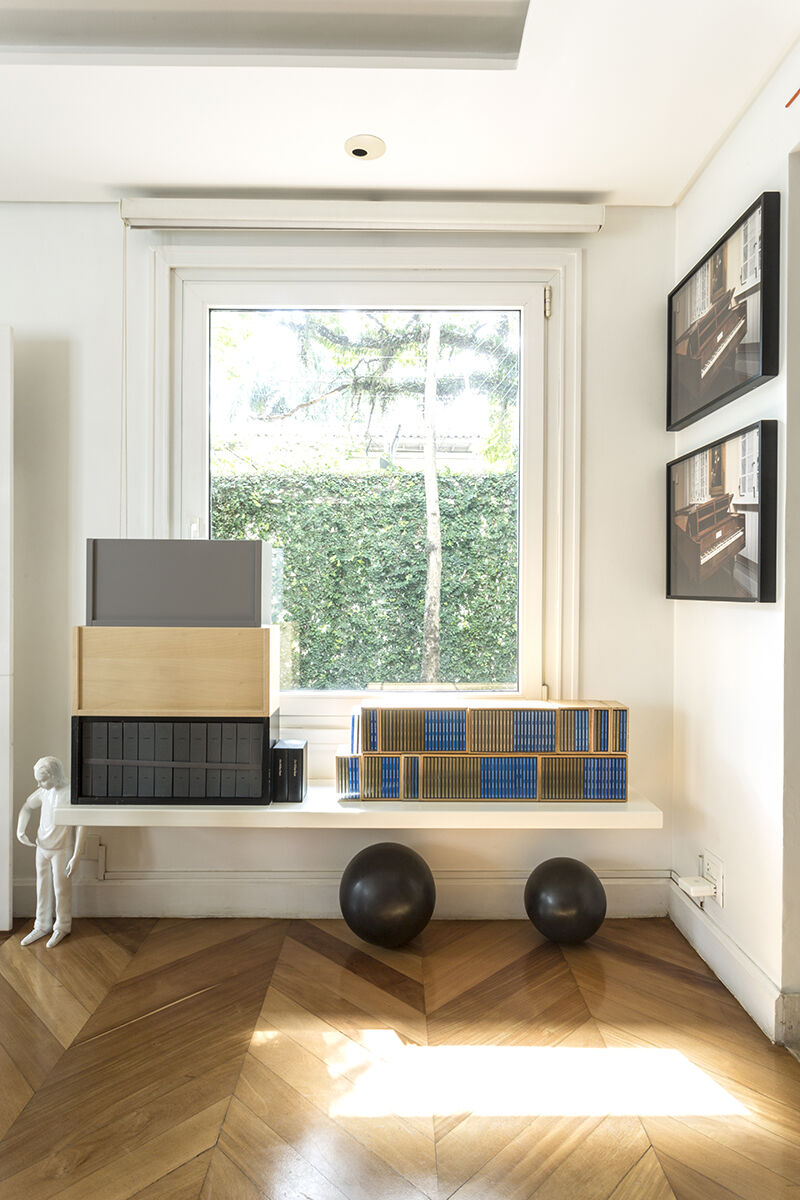 SP-Arte, for example, a global art fair in São Paulo, has grown from being a small event to an important international happening (one that Barbosa supports and Visconti helps curate). Barbosa says that young people can increasingly live off of their work alone, so there are more Brazilian artists and spaces, like Galeria Vermelho—with whom Barbosa has an “extremely strong” relationship and from where he built the majority of his Brazilian collection—that scout them. Additionally, “The number of people on the collecting front has grown quite a bit,” he explains. “It’s not in the hands of just a couple of people. I think that makes the market better for dealers, for artists, and for collectors. You have diversity.” There is also more diversity in the work that is available, and much of it comes from the outside. Barbosa calls Mendes Wood DM, with whom he also works closely, “the risk-taker gallery here in Brazil,” adding, “They’re more international. They think of the world without borders.” 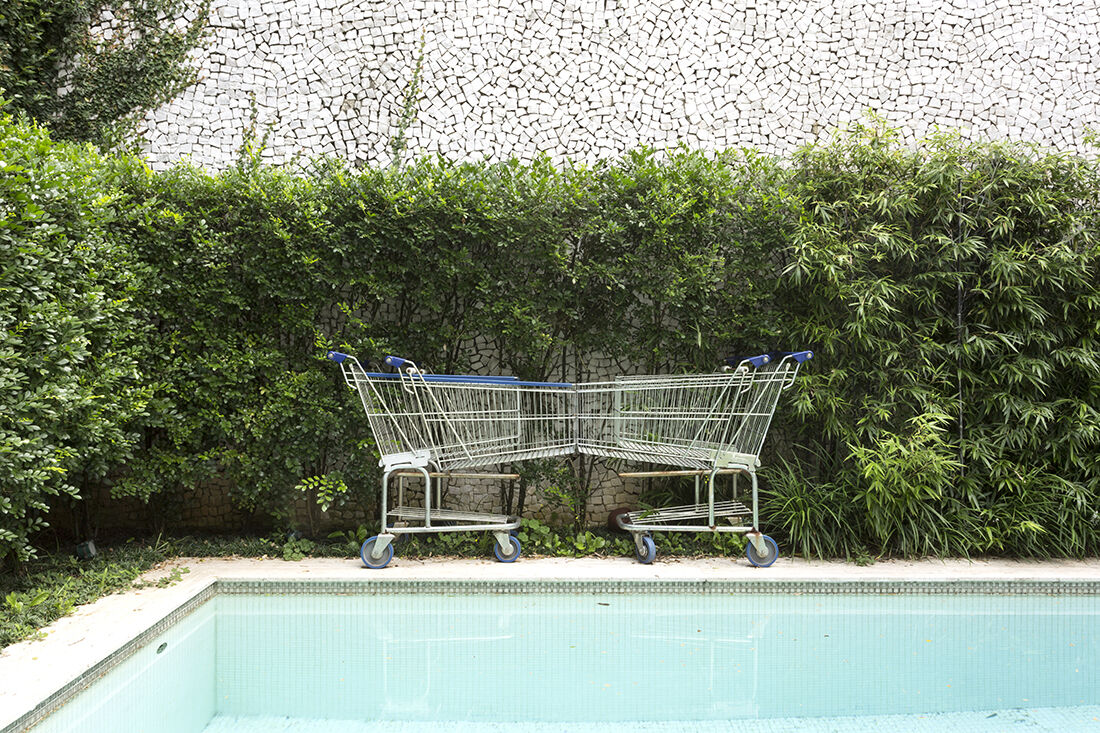 When Barbosa tells me about his son’s birthday party, I ask him what 11-year-old boys in Brazil are into nowadays. He laughs and assures me that it’s the same everywhere—video games, sports, and the like—a reflection of the commodity culture that we live in. Still, in the age of art flipping, websites that list artists under headers like “Sell Now” and “Liquidate,” and 853-million-dollar auctions, Barbosa sees artwork as far more than just a valuable commodity. “Stocks and real estate are investments,” he says. “This is a cultural good.” 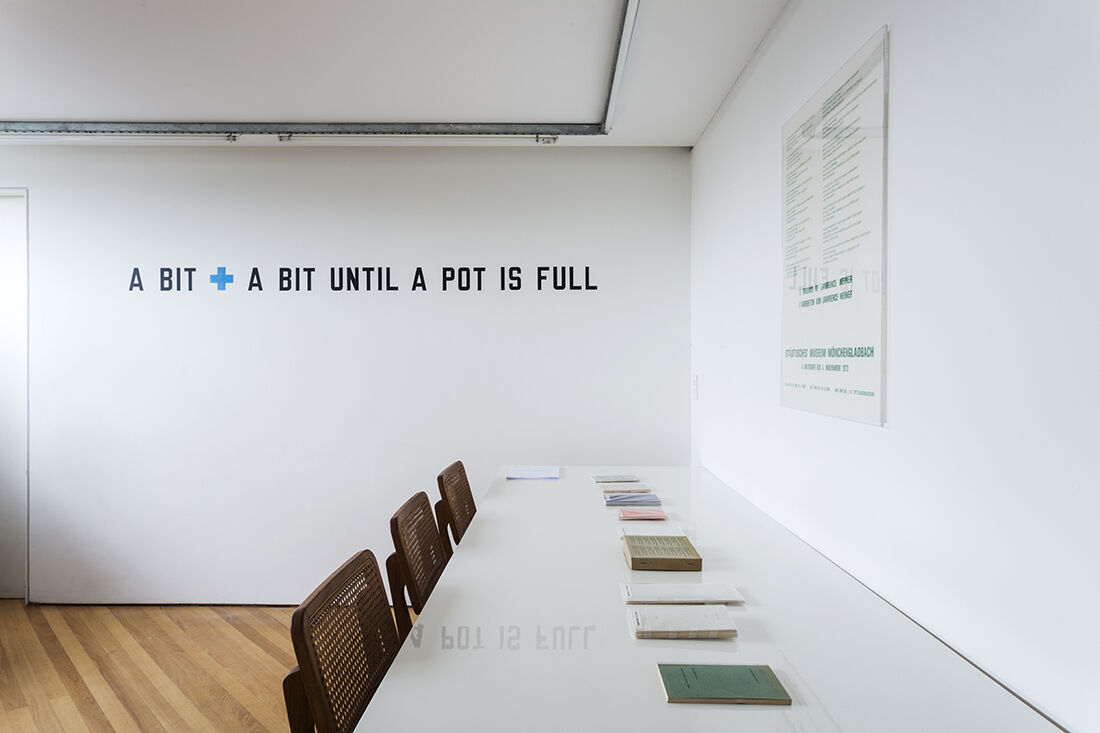