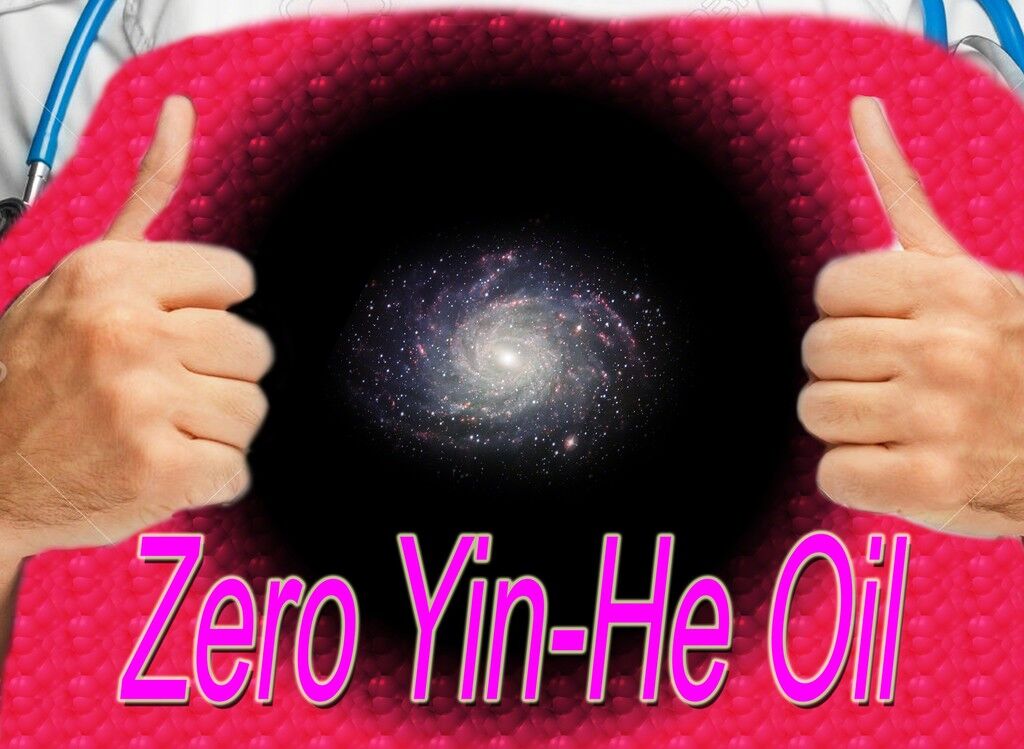 James Howard (b. 1981)
Zero yin-he oil, 2015
envoy enterprises
The large digital collages that make up Howard’s exhibition, “Energy Fluid Enemania System” line the gallery walls from floor to ceiling. Printed on vinyl, the works take on an industrial feel, like strange billboards calling out with twisted, almost poetic, advertisements from another world. The effect is that of walking into a warped space, surrounded by arbitrary phrases and divergent samplings of generic photography—from smiley portraits to tigers to technicolored skyscapes. 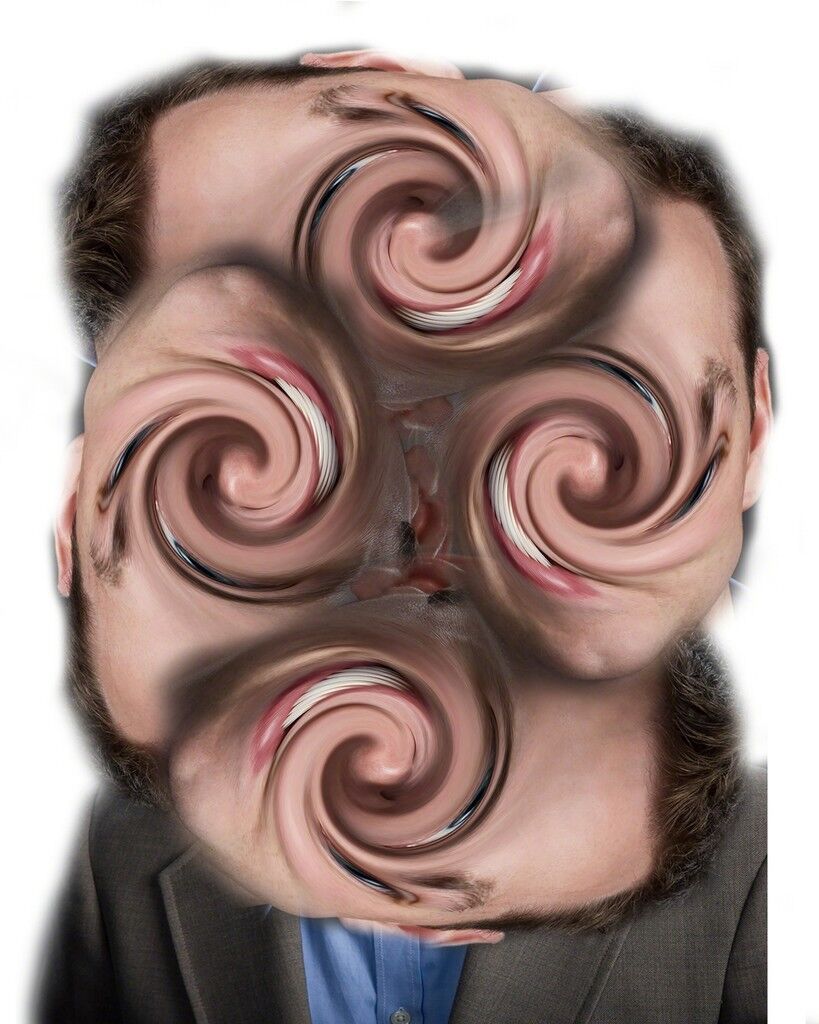 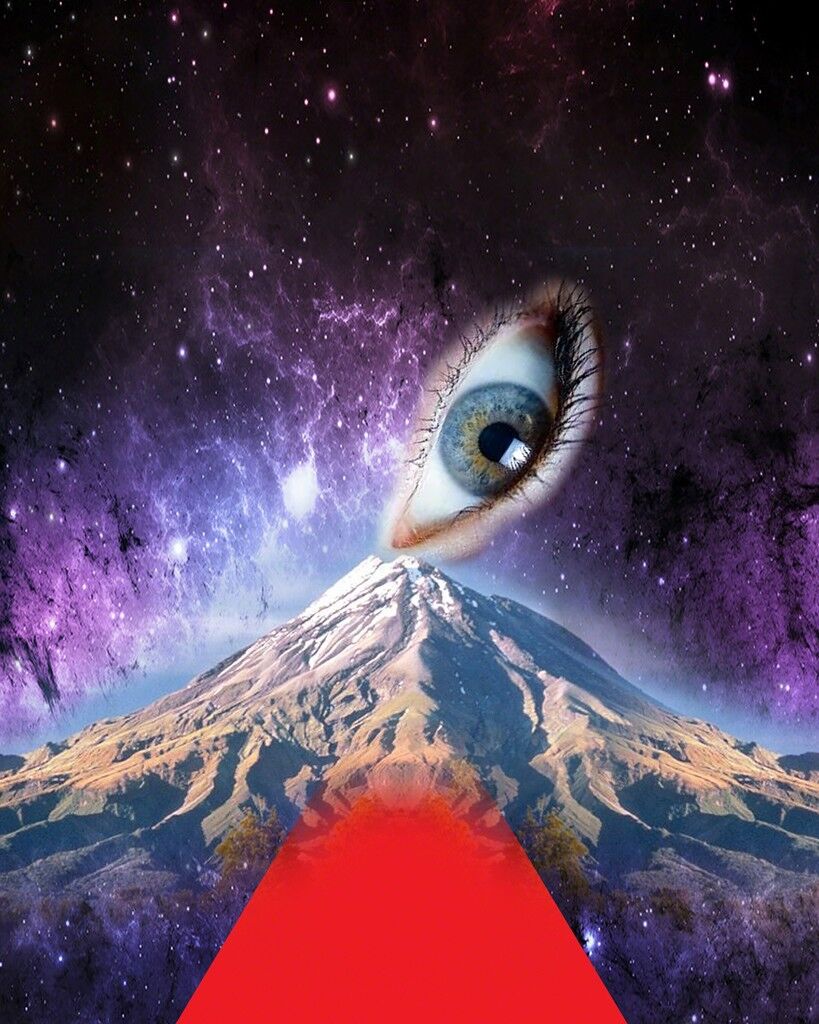 James Howard (b. 1981)
Power Eye Gravity, 2015
envoy enterprises
These works are born from the depths of internet detritus—Howard mines his imagery from spam folders, stock images, and the dark web. The images he selects—instantly recognizable for their high-resolution portrayal of people that are just too happy and sunsets that are a little too bright—are combined to convey their underlying messages. Is this imagery a reflection of our collective unconscious? “Looking into a junk email folder can give you an interesting viewpoint on society today and its underlying condition,” he explains. Howard is particularly attuned to the inner-workings of this underground world, having played the other side of the fence as a hacker—a form of research which he treats as an extension of his art practice. In 2010 he “invented” a chemical cleaner in response to the rampant black money scam and has also been known to have a predilection for bridal scams. 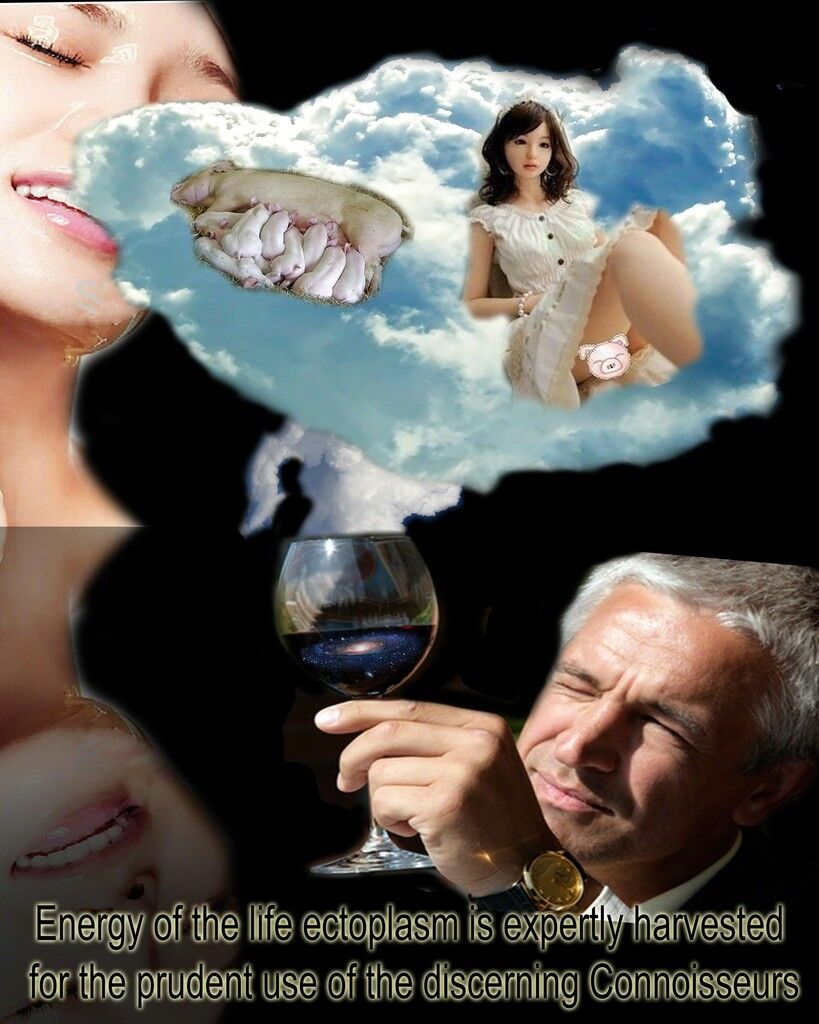 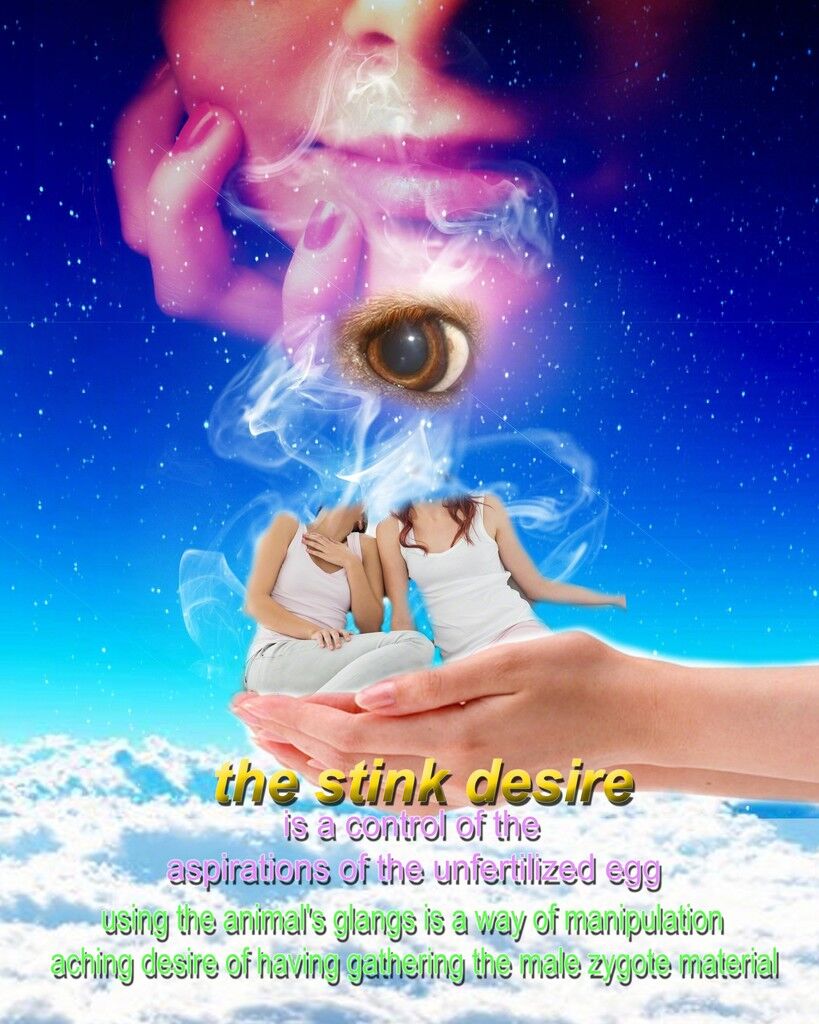 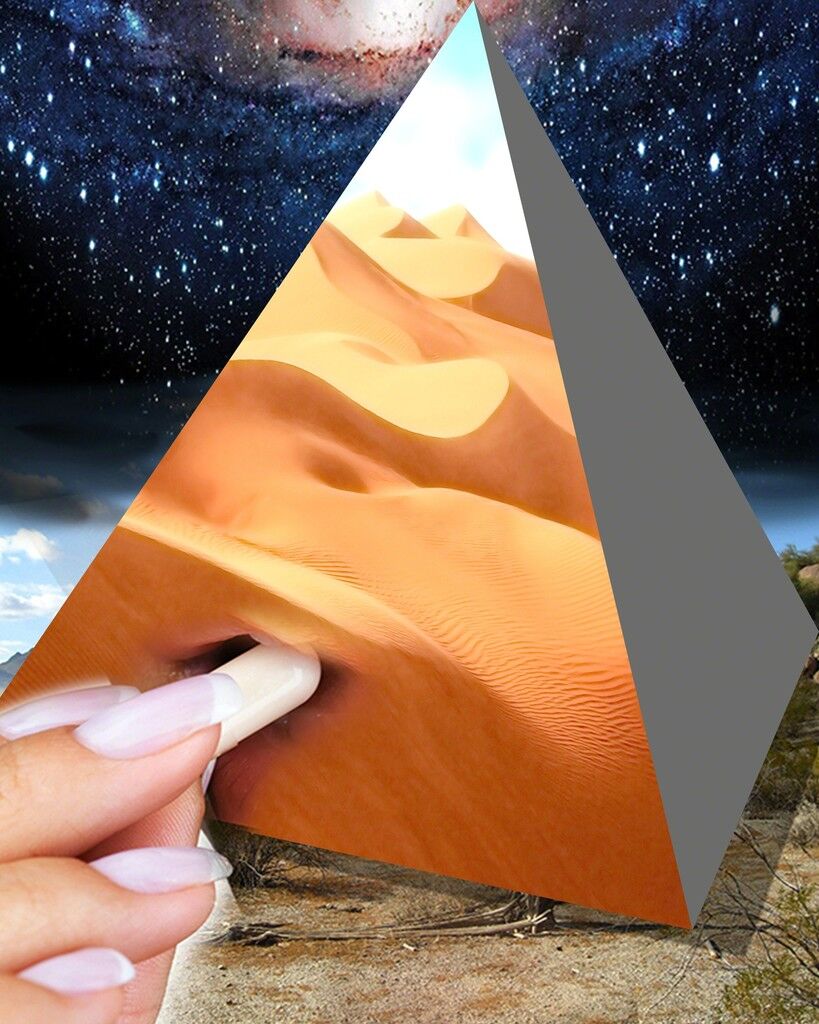 James Howard (b. 1981)
Make you go dream (pyramid version), 2015
envoy enterprises
Advertisement
“It’s about taking familiar things from everyday life and using them in a way which makes them jump out of what we call normal...they channel forces we don’t normally experience,” he explains. “It’s a schizophrenic process which makes sense while not making sense, but releases something new into the world.” Schizophrenic is a word that Howard often uses in relation to his work. He makes reference to a “schizo-core”—the new, unstable meanings that arise in his collages and further reverberate and diverge against the other works. The Stink Desire (2015) sends the eye wandering through the composition, trailing the line of smoke through the disparate images and trying to make sense of the text, which reads like the result of a bad, automated translation. Across the room, Make you go dream (pyramid version) (2015) and, directly above it, Ectoplasm Substance Power Harvest (2015) disrupt any semblance of a linear narrative while grounding the work in the realm of the uncanny. Taken together, the works compose a subversive landscape “exploring and channeling the flow of desire in life.”
Alexandra Alexa
“GDA Part 4: James Howard — Energy Fluid Enemania System” is on view at envoy enterprises, New York, June 14–July 17.
Follow envoy enterprises on Artsy.
Related Stories