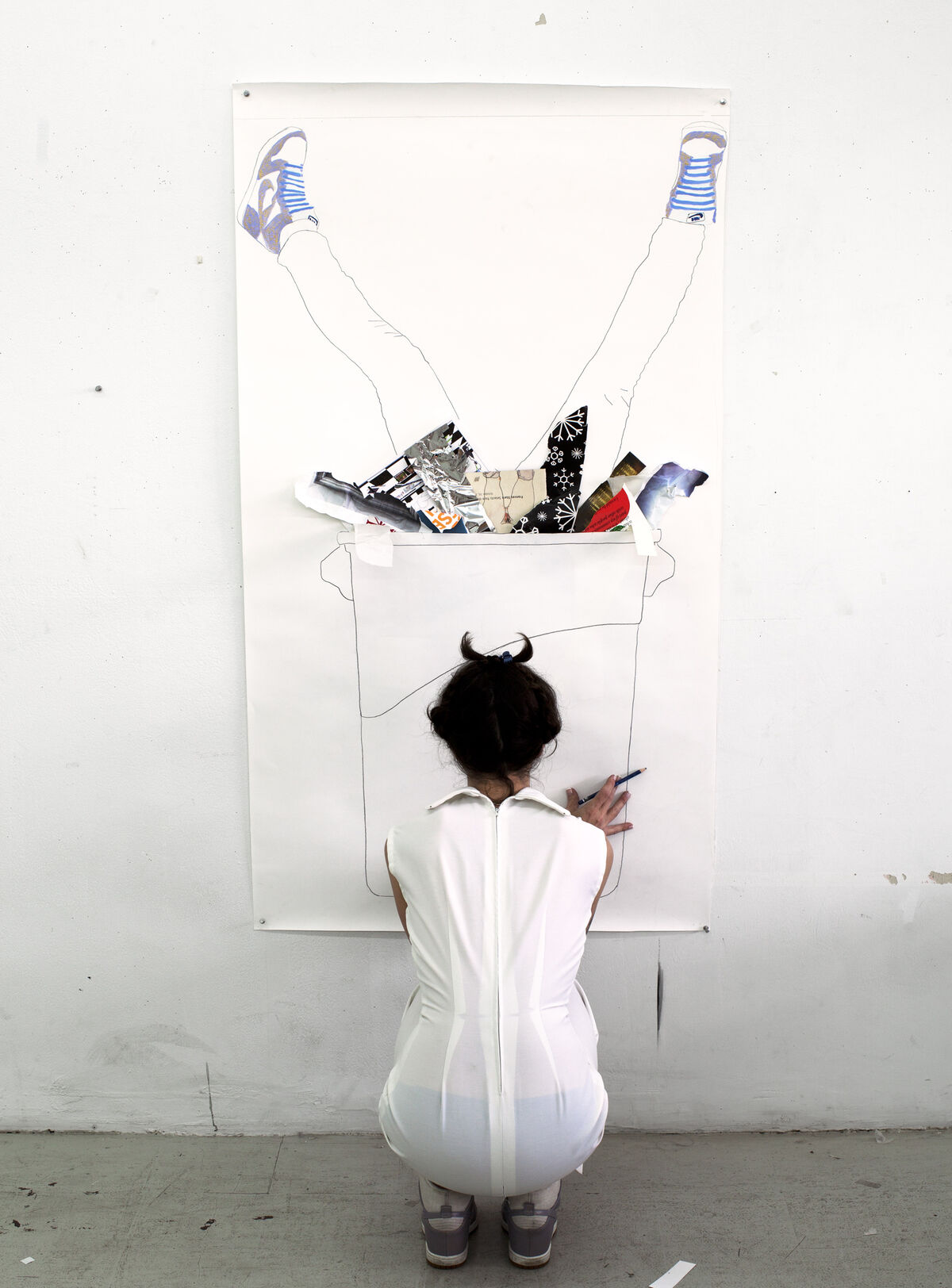 Frances Stark
suspects she is the victim of a cyber attack. She tells this to me as we begin a telephone interview delayed by innumerable technical malfunctions, mistranscribed telephone numbers, and mysterious disconnections. Perhaps the Los Angeles-based artist has set off a search engine’s censor, fallen foul of a mysterious algorithm, or offended a shady corporation. The joke is funny, as the cliché reminds us, because it rings faintly of the truth.
Until recently, Stark was an assistant professor of painting and drawing at University of Southern California’s Roski School of Art and Design, before renouncing her tenure in protest at what she perceived to be the university’s pandering to outside interests. The gesture might be understood as the archetypal expression of an artistic program that situates Stark at the center of a web of interconnected individuals, communities, or cultures.
Today, during the 56th Venice Biennale, Stark was pronounced the winner of the 2015 Absolut Art Award, which presents an artist with a €20,000 cash stipend and €100,000 to develop and display new work. She first came to my attention with My Best Thing (2011), a digitally animated video featuring two Lego-like figurines who act out Stark’s alternately flirtatious, intellectual, and funny online conversations with men. That piece—which is densely referential and stupid funny, juxtaposing dick jokes with concrete poetry—served as a neat introduction to a writer, academic, and visual artist whose wildly varied practice veers across mediums and registers.

Artsy: In your proposal for the Absolut Art Award you describe your “dream project,” a collaboration with West Coast rapper DJ Quik on a “tragicomic, contemporary interpretation of Mozart’s The Magic Flute.” Can you describe the form that might take?
Frances Stark: I don’t know yet the final form it will take. I’ve been thinking about the project in so many different ways that I wanted to put forward a proposal that would leave all of those pathways open to me. In the broadest sense it’s about rethinking the history of where we come from. How did hip-hop get to where it is? How did contemporary art in Los Angeles get to where it is? How did we arrive at the culture we’re in? I’m really excited now to see how this collaboration with Quik works out, what we’ll end up doing with it.
Artsy: How did you come to the idea of collaborating with Quik?
FS: There’s an anecdote that describes why I became so interested in him as a figure. He came out with this album in 2011, The Book of David, and I read a piece [in Wax Poetics] in which he complained that people weren’t getting the details. He was insistent that the album should be listened to on vinyl, all that. The phrase he used was [something like]: no-one’s really interested in art for art’s sake anymore. I read that, and I just thought, come over here! It felt like I’d recognized a kindred spirit.
Artsy: “Art for art’s sake” is a phrase that a lot of people would be reluctant to use now. It’s almost taboo to consider art valuable on its own terms.
FS: Perhaps, but what he meant is that people are not interested in the form. As a producer, Quik wants people to appreciate the form, the actual sounds. The real joy of a work of art is in the form, not in the public-relations exercise. My belief, my faith in the individual artist comes solely through the power of whatever technology brought their work to me, whether it’s a book of Emily Dickinson poems or an Ingmar Bergman film or a DJ Quik album. Nobody had to convince me that artists are important. I know the power of art because I’ve felt it, experienced it, internalized it first hand. 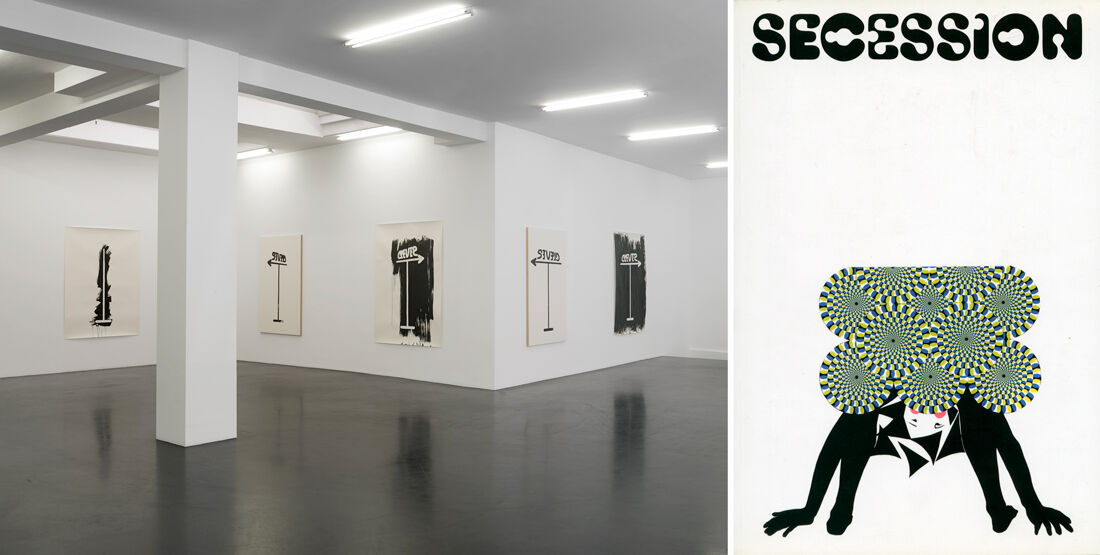 Advertisement
Artsy: Writing is an integral part of your practice, and you’ve consistently experimented with forms we might more typically associate with the literary avant-garde. It seems like the visual-art world is increasingly the only place in which it’s possible to cross these disciplinary boundaries.
FS: I think we’re at this amazing crossroads, of history, philosophy, linguistics, the liberal arts. In terms of my writing, this project is something like a more controlled extension of one aspect of My Best Thing—in that I discovered a new, collaborative way of writing even as I was trying to escape the responsibility of writing. I’d like this collaboration to function in a similar way, albeit that it is a conversation with an accomplished writer and artist rather than someone “off the street.”
I also want to explore the discomfort with treating rap as writing. I do think that there are similarities with what I do, that in a very far-fetched way I fit into that tradition. The self-reflexivity, the self-consciousness about status, the wordplay—I felt like there was some kind of affinity there. It’s something I want to draw out in this collaboration.
Artsy: In your proposal you cite as a motivating principle your recent resignation of tenure at the University of Southern California in protest of the “corporatization of higher education.”
I mentioned leaving the institution because I wanted to underscore that sense of being at the edge of a kind of a paradigm shift. I don’t want to make my giving up tenure into any kind of heroic gesture, but it is something like a refusal.
You know, Nicolaus Schafhausen [the artistic director of Kunsthalle Wien] was talking last night about
Simon Denny
’s work [in the Biennale], and more broadly about how contemporary culture functions to obscure, or distract from, things like the [Edward] Snowden revelations. And I feel like that in Los Angeles. As an accomplished, middle-aged female, I feel totally invisible in my culture. I don’t fucking matter. That hurts. And it’s particularly hard for that to happen in a university, which is precisely the place in which you’re supposed to be prized for your intelligence, your ability as an educator. What seems to matter instead is the act, the pretense.
When I worked on the Bobby Jesus project, I could see myself coming into focus as a figure for Bobby, who is a real street kid. In My Best Thing I came into focus for those men I talked to. I wasn’t invisible to them. I want to take those challenges head on. I want people to listen to me.
Ben Eastham
Explore the 56th Venice Biennale on Artsy.
Related Stories