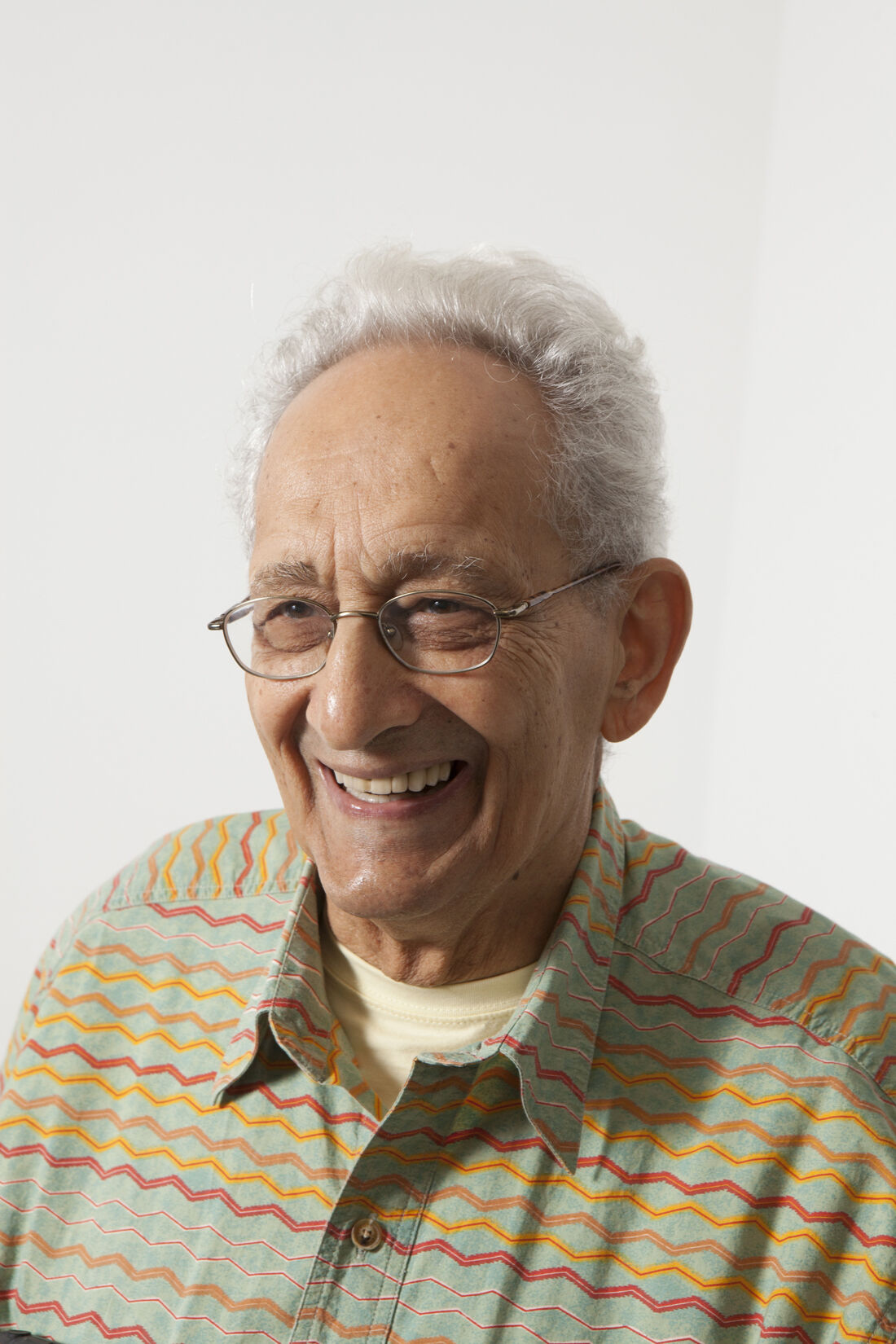 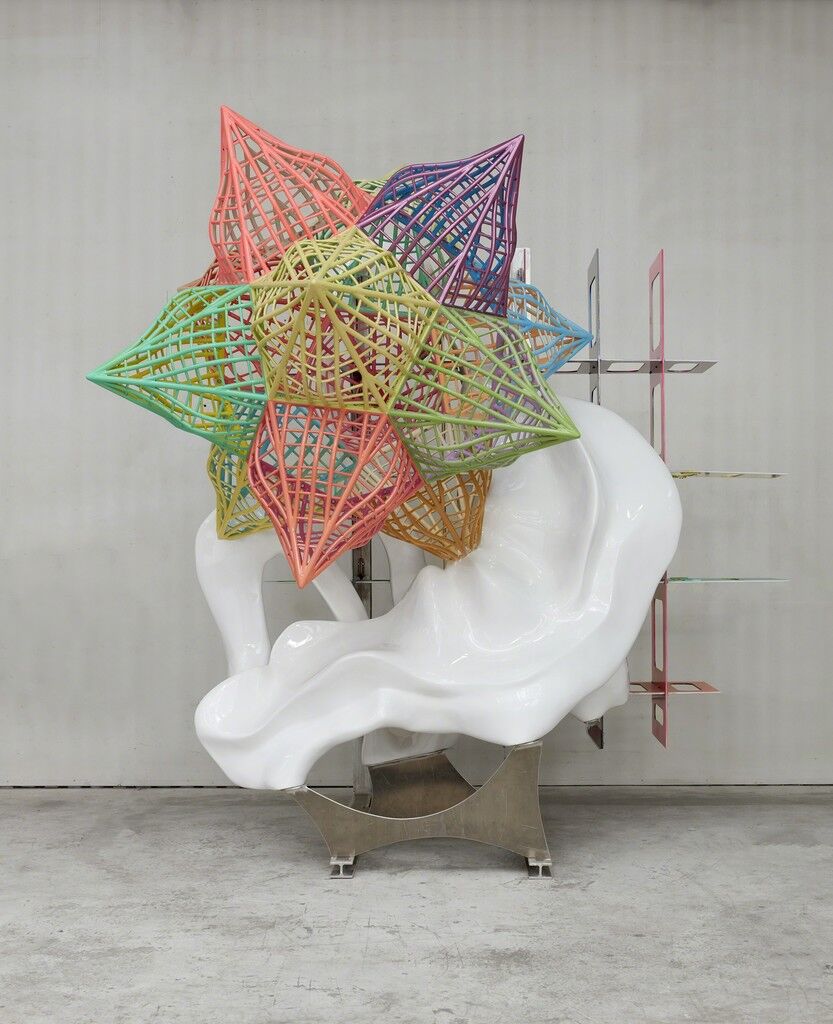 Frank Stella
Nessus and Dejanira, 2017
Marianne Boesky Gallery
Massive, multicolored, three-dimensional stars fill the galleries of
Frank Stella
’s latest exhibition. Vibrant, painted aluminum tangles emerge from the walls or rise off sturdy silver bases. These sculptures, on view at Marianne Boesky Gallery through June 22nd, look like wild departures from the striped paintings that Stella made at the outset of his practice, in the late 1950s and early 1960s. The esteemed American artist’s career has taken many sharp turns: from square to irregularly shaped canvases, from painting to sculpture, and from wall-mounted works to forms that rest on the ground. 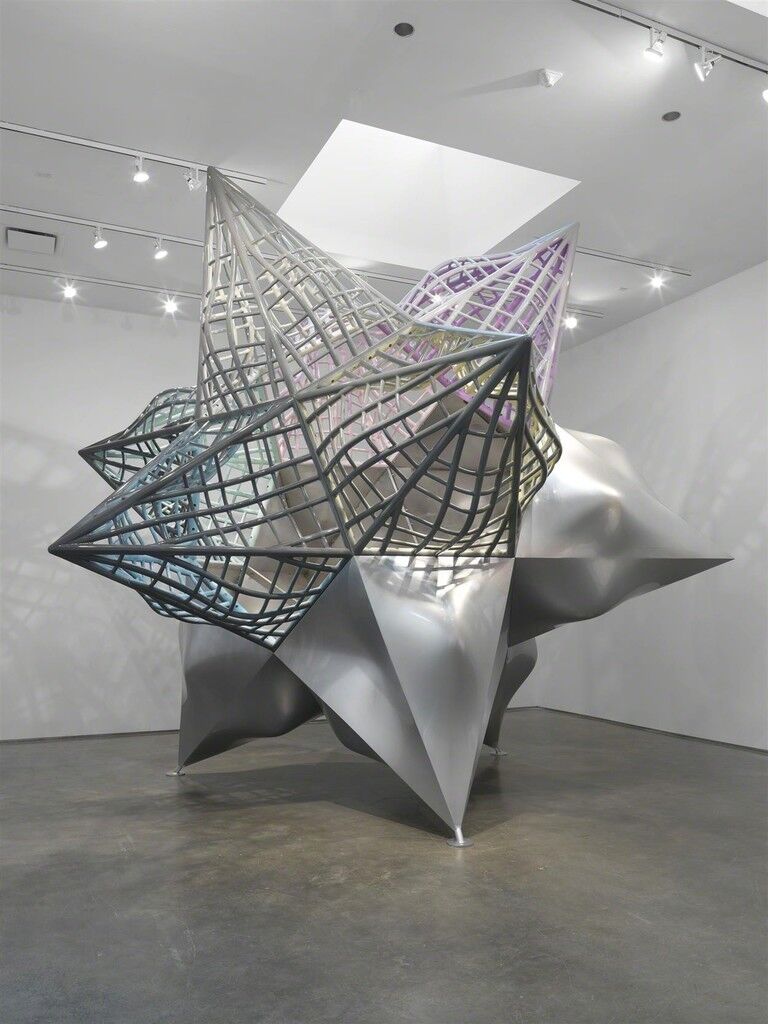 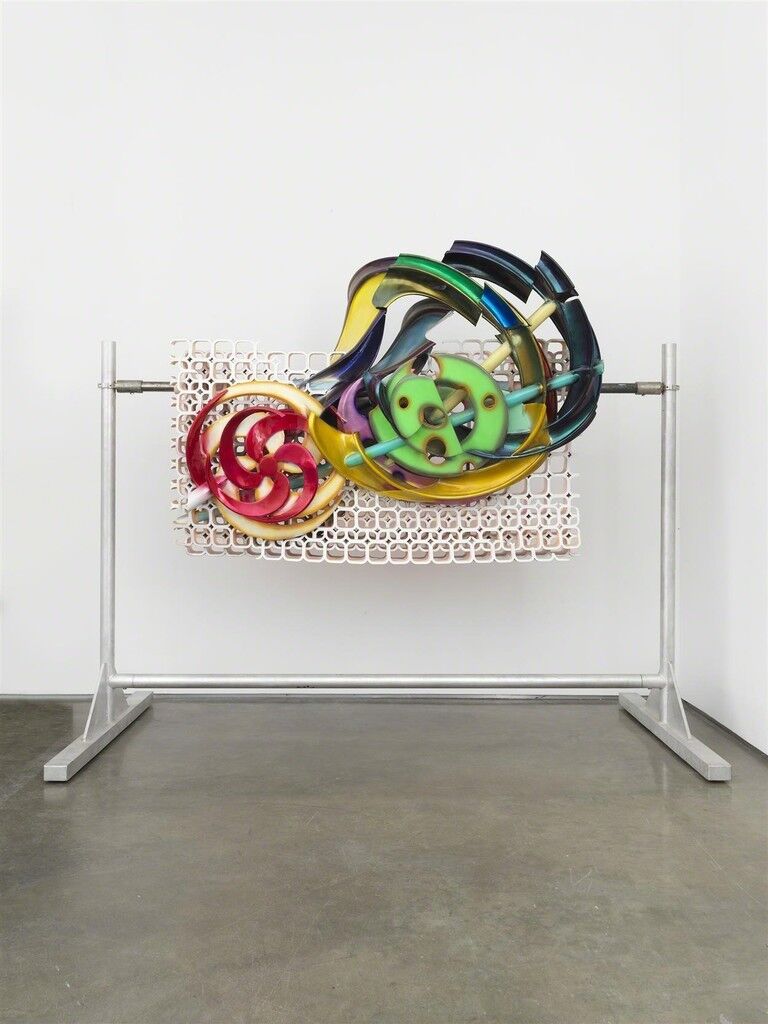 Frank Stella
Canadian Sunset, 2016
Marianne Boesky Gallery
Yet Stella rejects that view of his practice. What the casual observer might consider perpetual reinvention, the artist sees as a logical continuation of his singular manner of making objects. Stella’s new sculptures feature irregular grids, which tie them back to the latticed canvases that first served as backdrops for his paintings. White poofs appear throughout the show, linking the new pieces to the smoke-ring motif he first used in the 1980s. Stella once shaped his own canvases like stars—now, he’s just pushing that construction into the third dimension. Below, he offers hard-earned wisdom on how his artistic practice has gracefully unfolded over the past six decades. (The following quotes have been lightly edited for length and clarity.)

On why he doesn’t believe in artistic “reinvention” 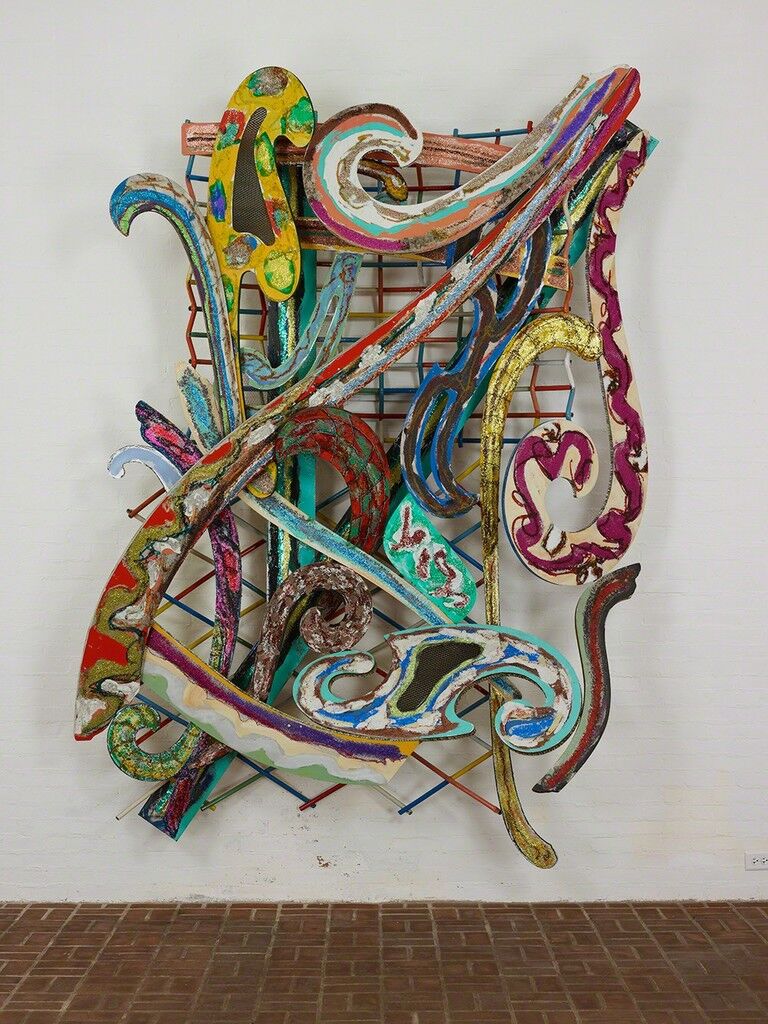 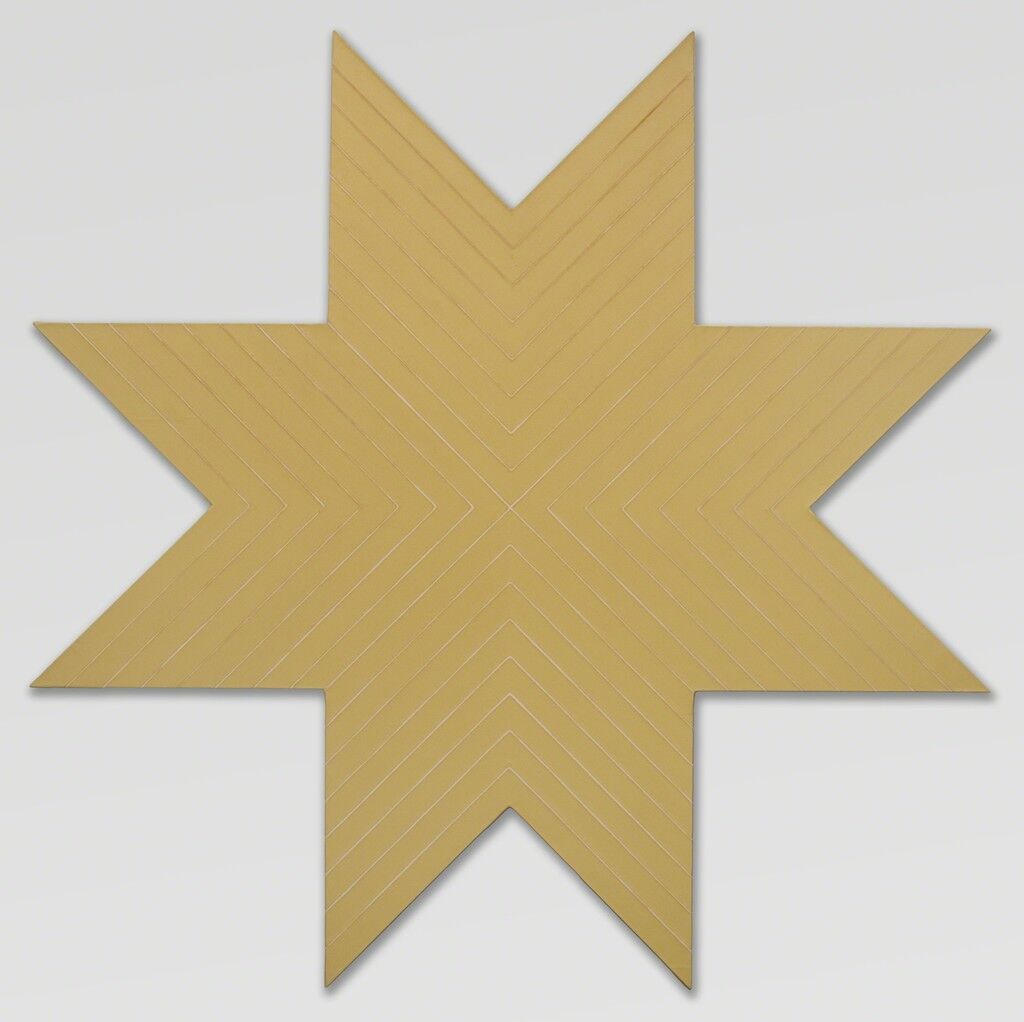 Frank Stella
Plant City, 1963
de Young Museum
Advertisement
It’s an incredibly naive idea that I would lie down and wake up and decide to do something new. If I knew what “new” was, maybe I would do it. But the problem is—what’s “new?” It’s very hard to define, and whatever there is that appears to be new is only incrementally new, if it’s new at all. You don’t lose sleep over that.
A lot of the things I did in the ’80s were castings of poured metal. Now, I’m using lighter materials—foam and fiberglass—which is easier when you have to lift it. The materials are just what you use; it’s your hands and your eye that matters. The imagery evolves and changes a little bit, but not that much. I think all artists are basically the same, the way they put things together. The underlying structure, the way they handle things, the way they relate parts to each other and put everything together—that doesn’t change much. I think that’s what they call “style.” 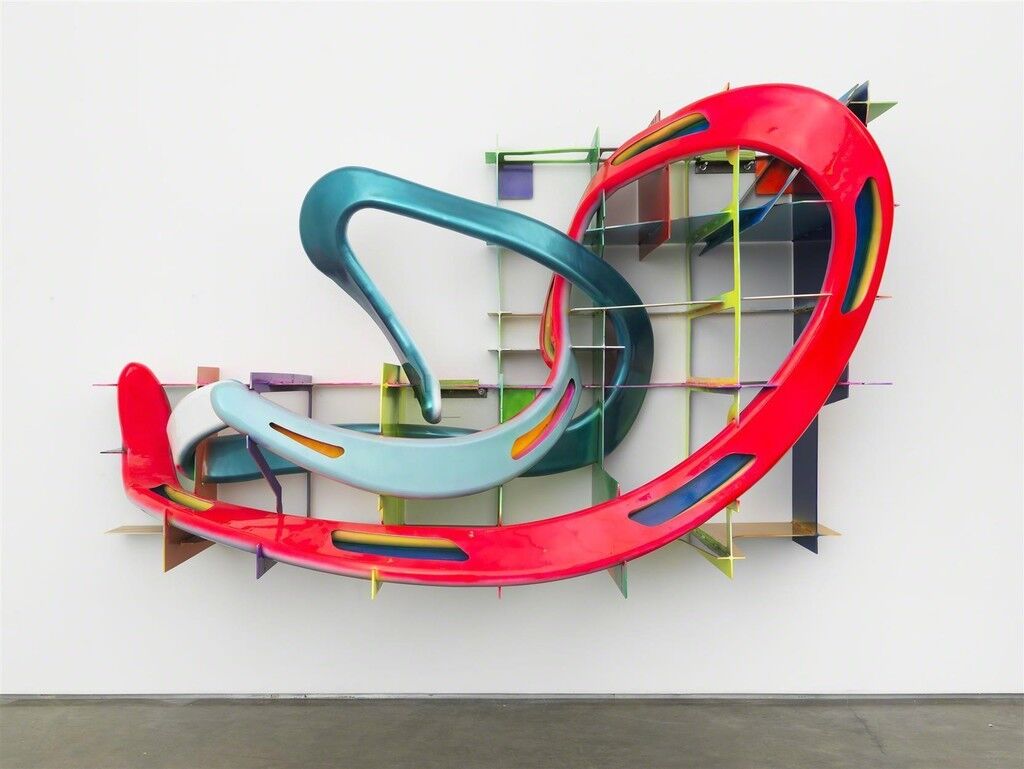 Frank Stella
Leeuwarden II, 2017
Marianne Boesky Gallery
My art is about building things. The first paintings I made—it’s true that they were paintings, but I built them—were boxy and separated from the wall. Although the surfaces were flat, the effect wasn’t always flat. From there, my practice just drifted on. The difference is geometry, that’s all. If you’re working on a surface, you’re dealing with plane geometry. If you build things, you’re dealing with solid, three-dimensional geometry. Once you start to introduce curved shapes and double curvature, you get into topology. That happened for me in the 1980s, when I was working on my “Moby Dick” series. Once the wave image appeared, there was no going back. The model-building became more complicated. Before, I used wood and cardboard; computers and printing made the process easier and faster. 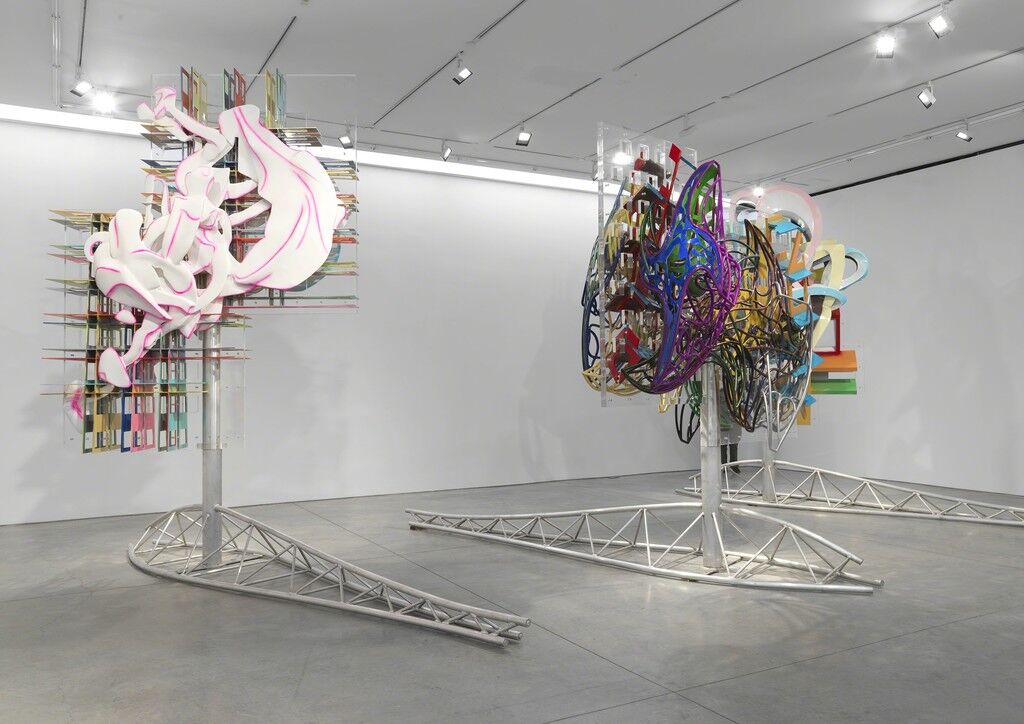 The first 3D-printed piece I saw was a naked girl as a stopper for a perfume bottle from the early ’80s. So I thought, if they can print for perfume bottles, they can print for anybody.
I don’t know that computer modeling actually allows you to do anything. The only big advantage is that complicated geometries are available to you. If you crumple a piece of paper, you can scan and print that. If you wanted to reproduce a
John Chamberlain
sculpture, for example, you don’t have to bother crushing metal. Or if you crushed a small piece, you could enlarge it infinitely.

On working through tough spots in your career as an artist 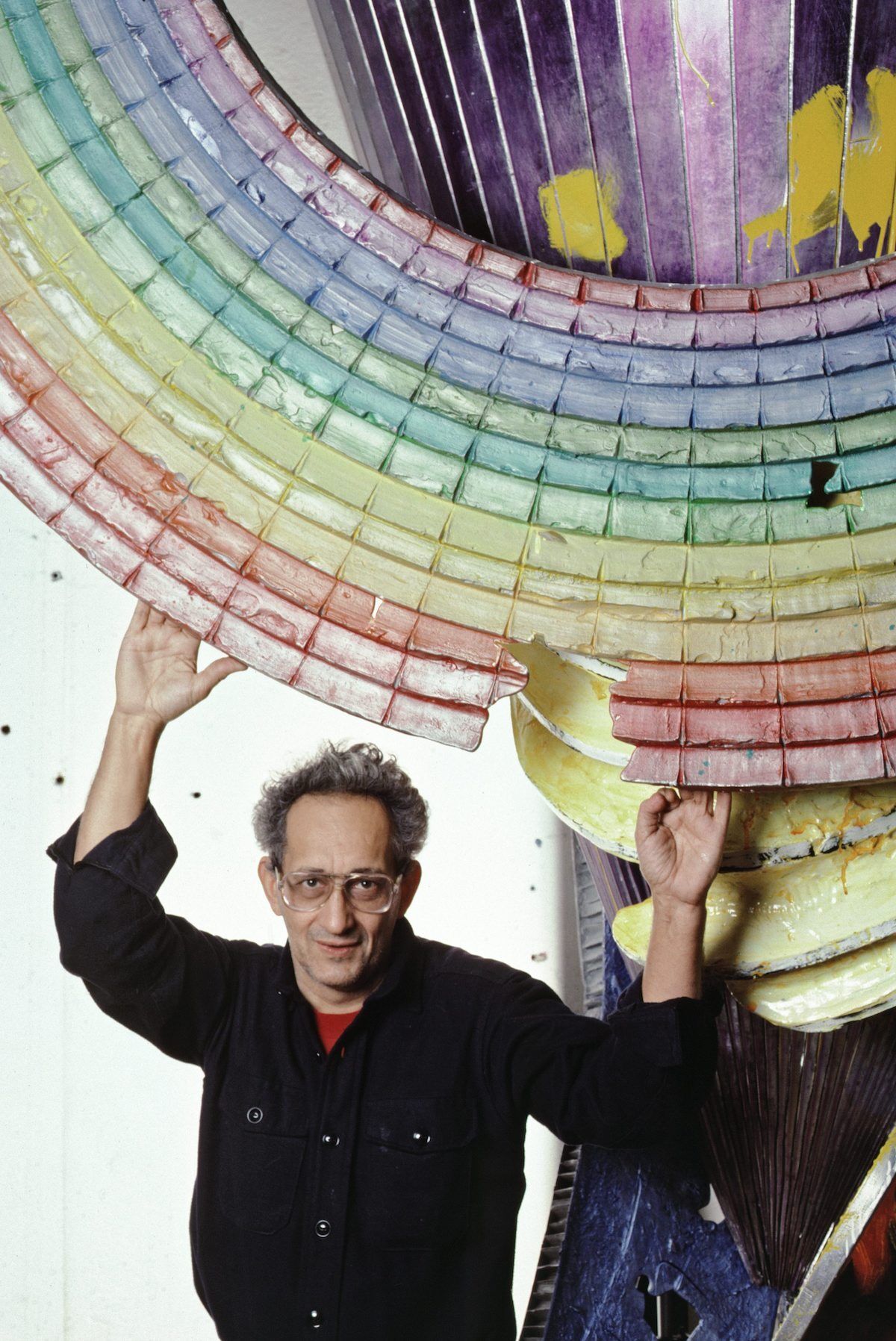 Portrait of Frank Stella with his work in his New York studio in 1987. Photo by Jack Mitchell/Getty Images. 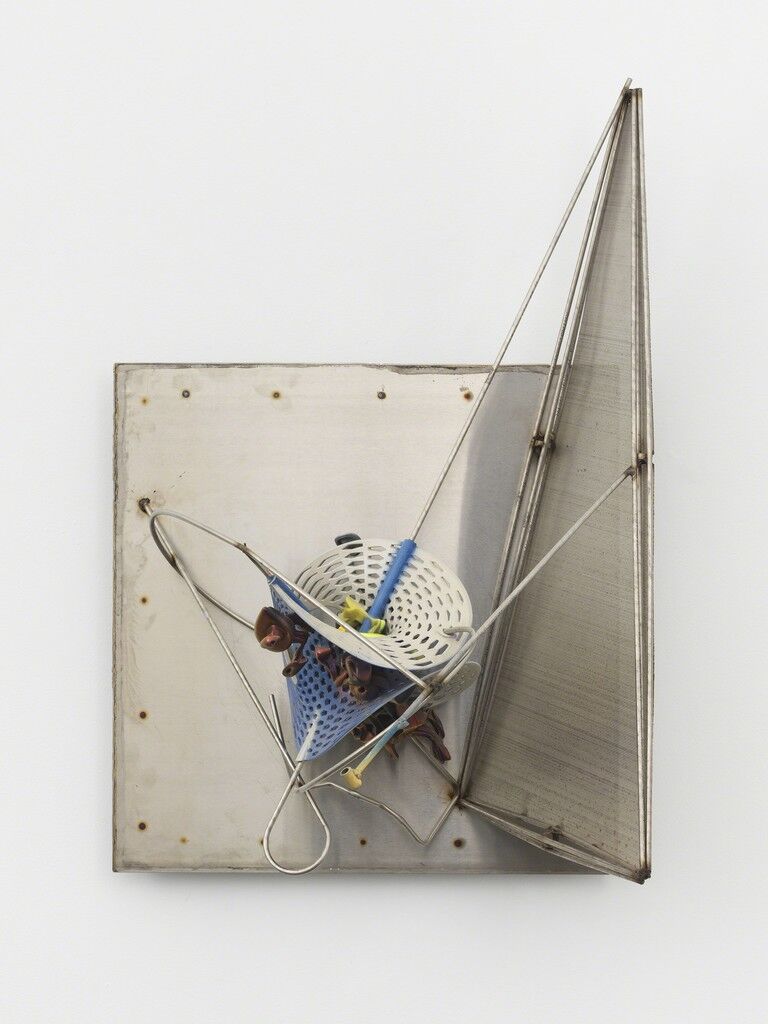 Frank Stella
K.505 on Stainless Background, 2015
Marianne Boesky Gallery
Everybody reaches slowdowns or dead ends, and you stop. It’s like treading water. You get tired of things or they’re no longer so fruitful. You’re making work, but you know you want to go somewhere else. You try to find something that engages you more. I don’t make stripe paintings anymore, for example. I let other people do that.
The process of making things and working isn’t about your feelings. How you feel about the work you’re doing is not as relevant as what you have to do to make the working work. You can worry about things as they happen, and then just do the best you can. Sometimes, for example, my work begins to get too complicated and interwoven in three dimensions. I’m not able to reach it so that I can paint it. You can get spray paint in there, but you don’t have much control. 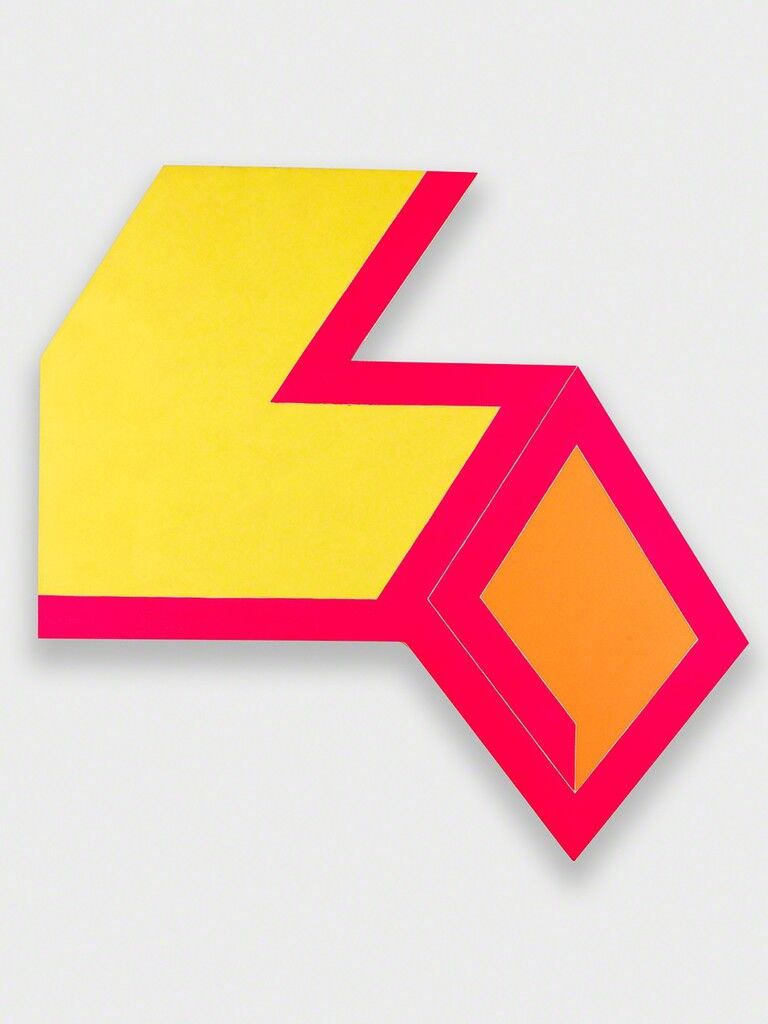 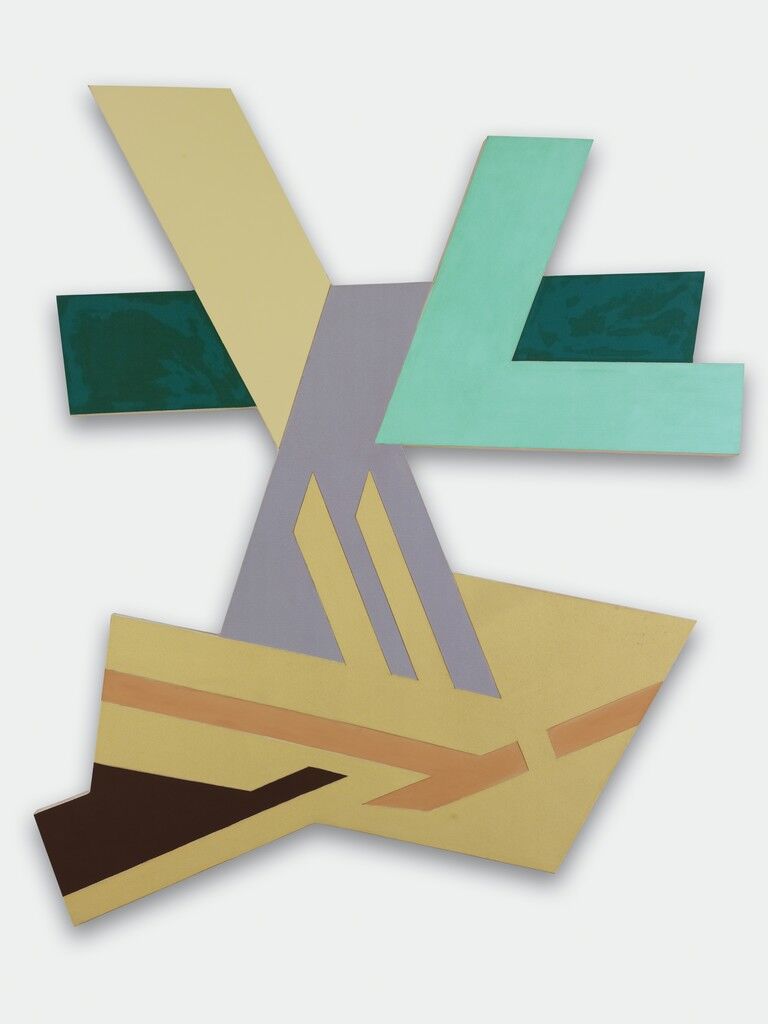 Frank Stella
Lanckorona II, 1971
Glass House
Artmaking is pretty straightforward. Hopefully, what you’re working on is something that you’re trying to resolve. While you work towards that, hopefully you see something that wasn’t necessarily intended, and it leads somewhere else. You’re always looking for a way out; usually the way out is already in your own work.
Look at my “Irregular Polygons” [painting series from the 1960s], for example. A lot of what I was doing there shows up again in my “Polish Village” pictures [from the 1970s].

The critics come and go, and I’m still working. There are young critics and old critics and critics that are gone. So the critical line is not particularly coherent. You have to work, you have to make things. Whatever people say—your friends or anybody else—that’s after the fact. It’s over by the time they have an opinion about it.
Alina Cohen
Related Stories 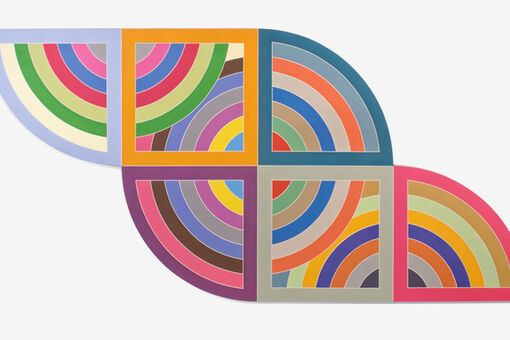