From the Banal to the Surreal, Chika Osaka Finds Intensity in Daily Existence 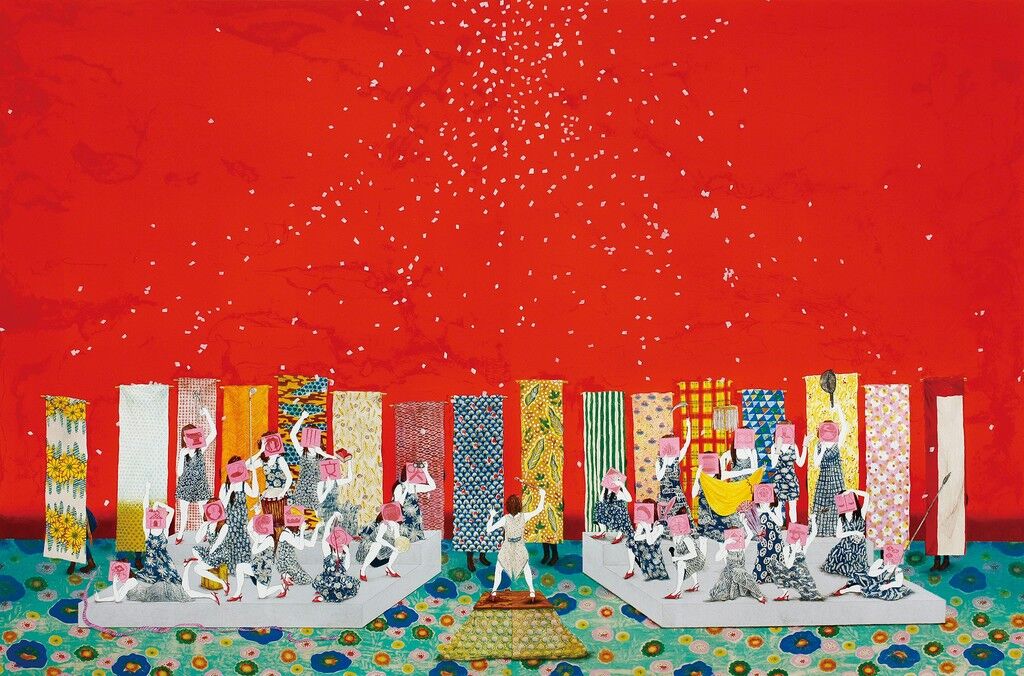 Chika Osaka
It's the beginning., 2011
Micheko Galerie
Small girls in flight, towering stacks of ceramic bowls, women caught in slumber, and festive celebrations are among the subjects found in richly detailed paintings and prints by Japanese artist
Chika Osaka
. In an effort to break with the monotony of everyday life, the Tokyo-born artist employs humor and a dreamy realism to develop scenarios that range from somber to playful to confounding. Her skillful handling of paint often involves the use of over 40 layers of pigment, generating intense colors and tactile patterns. These striking works are on view in “Love Letters,” a solo show of Osaka’s work currently at Micheko Galerie in Munich. 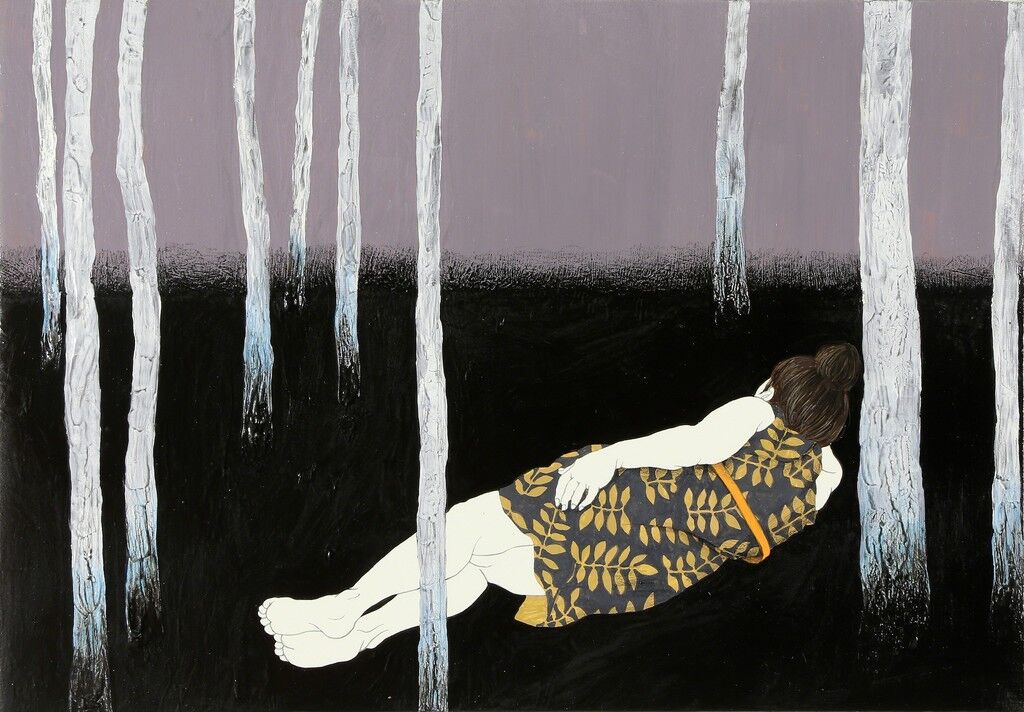 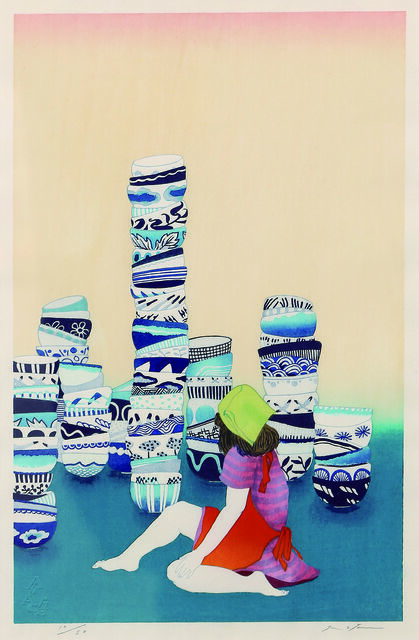 Chika Osaka
This Does Not Mean You Have No Way, 2014
Micheko Galerie
To whom are the said “Love letters” you might ask? Osaka has described her works as tributes to those who drift through the banalities of daily existence. Before beginning each work, Osaka writes a brief text recounting a scene from her life or her imagination. Each note is presented alongside the finished work, providing the viewer with direct insights from the artist. Her figures are always faceless women or girls, articulated with fine detail and ensconced in rich colors and patterns. They are stand-ins for the every-woman. 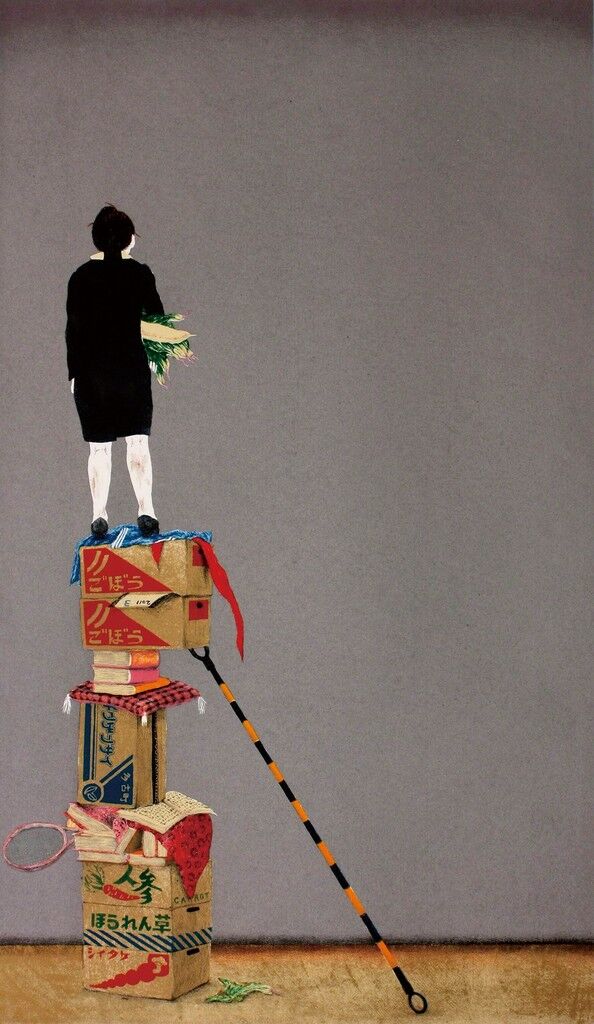 Chika Osaka
That's why I'm never disappointed., 2011
Micheko Galerie
Advertisement
Osaka often places her figures in unexpected contexts. One hides behind scrolling paper, for example, while another sleeps in a forest. She leaves just enough to the imagination to allow viewers to piece together the open-ended narratives at hand. In The Empty Boxes (2015), richly patterned boxes teeter atop each other in a Jenga-like tower, seemingly held in place by loose strings. A girl in the foreground watches several others who seem to be trying to secure precarious stack. It’s like a colorful but unnerving dream about losing control. 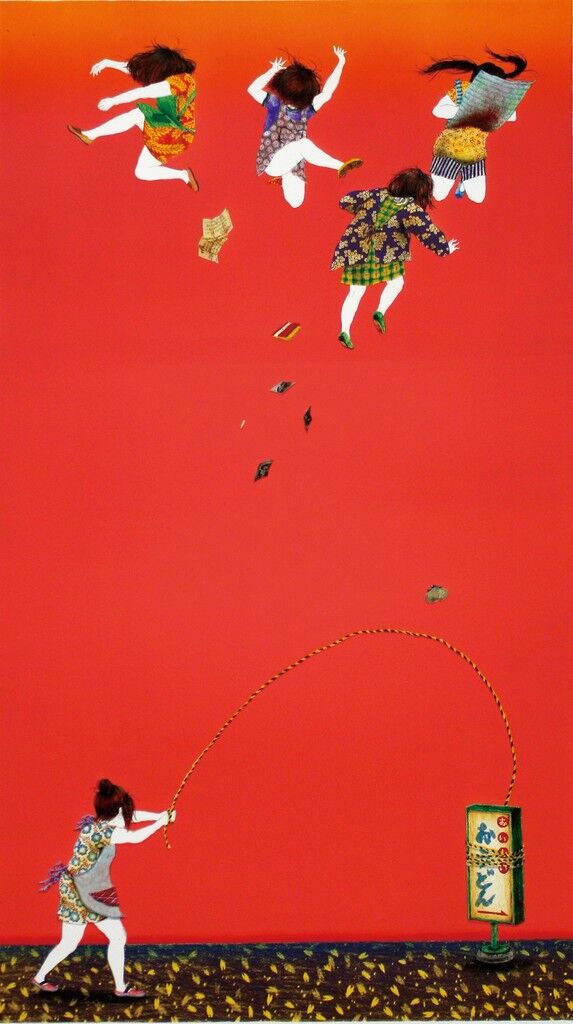 Chika Osaka
I want to bring up a cheerful child who likes to play outside., 2010
Micheko Galerie 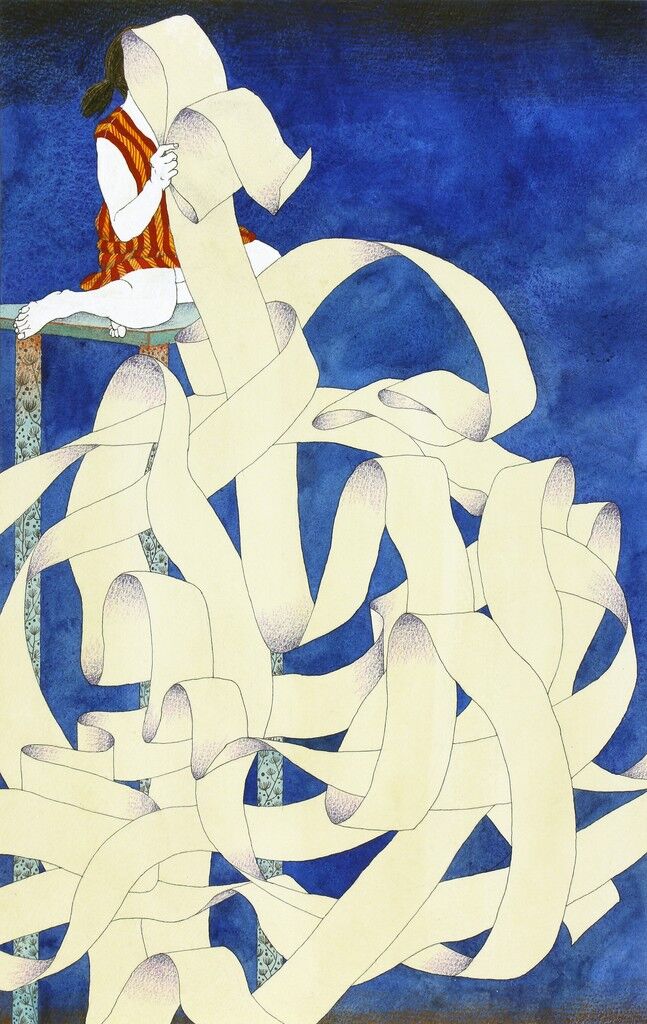 Chika Osaka
Who is This., 2015
Micheko Galerie
In some of her more fantastical works, Osaka paints environments that are devoid of context, even gravity, as in I want to bring up a cheerful child who likes to play outside (2010) and Who is This. (2015). These more fictional works evoke
surrealism
in subject matter and execution. Her many works that include sleeping women also take inspiration from the movement, particularly its fixation on dreamlife. 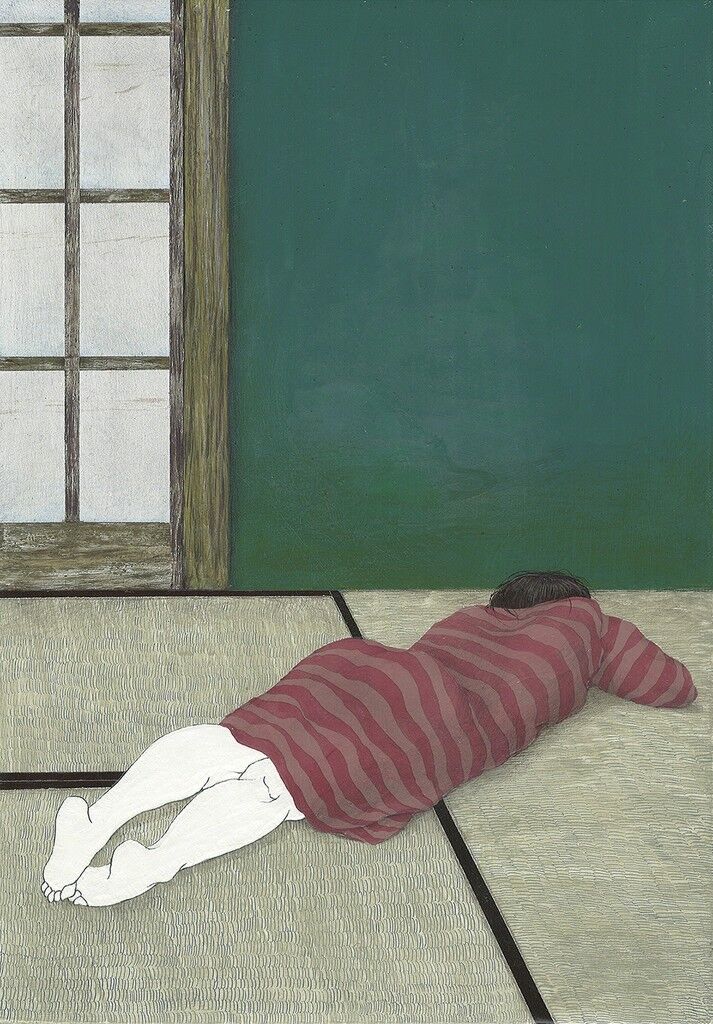 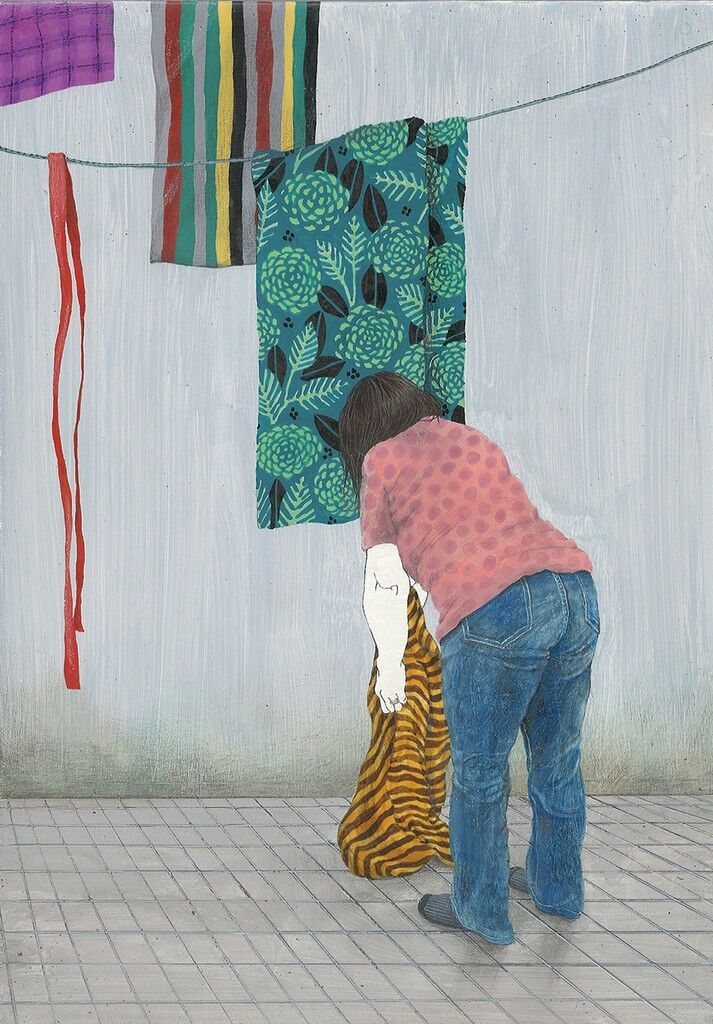 Chika Osaka
Osakaruta Ne, 2014
Micheko Galerie
Osaka excels at finding grace and intensity in unremarkable situations. In Osakaruta Ne (2014) a woman is doing laundry and in Osakaruta Tsu (2015) one naps on the floor. Both scenes capture banal moments, but her energizing colors, patterns, and textures wake the senses up from the haze of daily existence.
—Anna Furman
“Love letters” is on view at Micheko Galerie, Munich, Sep.12 – Oct. 31, 2015.
Follow Micheko Galerie on Artsy.
Related Stories