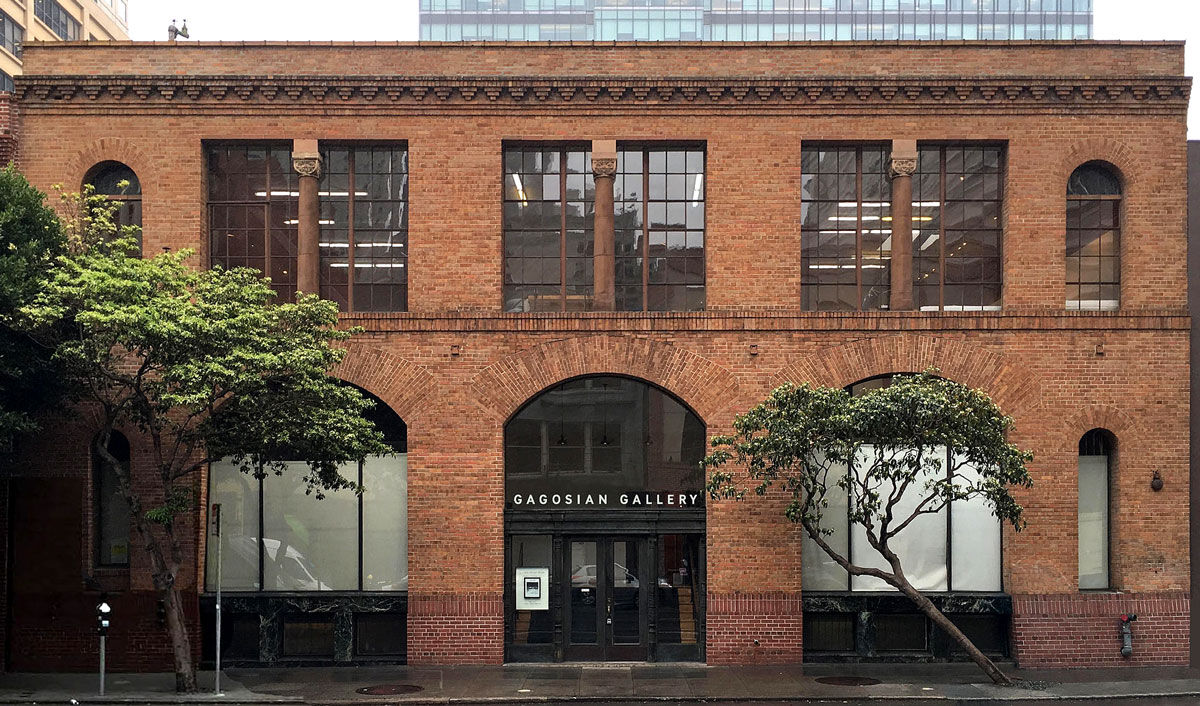 When it was announced in mid-March that Larry Gagosian and John Berggruen would be opening side-by-side gallery spaces literally across the street from the soon-to-reopen San Francisco Museum of Modern Art (SFMOMA), local reactions ranged from enthusiasm that San Francisco’s art scene would benefit from this kind of validation to a concern that dramatically increasing the city’s blue-chip presence would drown out local Bay Area art voices. When the news broke, Gagosian spoke of his excitement “to participate more fully in this informed and lively art scene with our dynamic program of exhibitions and events,” leaving us to wonder, how would that translate into the gallery’s day-to-day global business?
If yesterday’s preview of Gagosian’s first exhibition (which coincided with the SFMOMA press preview), was any indication, Gagosian San Francisco is poised to live cooperatively and have a generative presence alongside the trifecta of museums—SFMOMA, Yerba Buena Center for the Arts, and the Contemporary Jewish Museum—within its several-block radius, most immediately (and obviously) with SFMOMA itself.
Gagosian’s sun-drenched, 4,500-square-foot gallery in the brick Crown Point Press building feels surprisingly modest and inviting for passersby, its exhibition visible from a large window in the facade. Director Anna Gavazzi Asseily, previously of Gagosian London, hopes to participate with the public through art events and talks, in addition to a core program of four shows per year. “The city likes to find new ways of engaging with art,” Asseily explains, and notes that Gagosian San Francisco is now a part of a “block of institutions” that are fulfilling this need and fostering new conversations around art, which the public has come to expect.
When asked if there will be a special relationship with the Los Angeles gallery, Asseily describes potential “cross-pollinations,” but reaffirms that one of her goals is engaging the very different nature of the San Francisco art world. 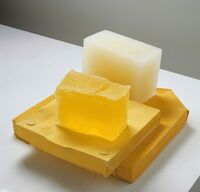 6 Images
View Slideshow
The inaugural show “Plane.Site,” curated by Gagosian director Sam Orlofsky, demonstrates a thoughtful engagement with SFMOMA’s programming via two Bay Area artists,
Mark Grotjahn
and
Richard Serra
, both of whom have representation in the museum’s permanent collection and the upcoming exhibition of the Fisher collection.
“Plane.Site” focuses specifically on sculpture and works on paper by modern and contemporary gallery artists, with one two-dimensional and one three-dimensional piece by each artist. Many of the works on paper resemble blueprints for the sculptures that are installed beside them. For Orlofsky, Grotjahn and Serra, both artists who make, in his words, “very direct works on paper as well as sculpture,” serve as the jumping-off point for a show that “excludes painting on canvas in favor of the leap between drawn marks on paper and sculptural work in three dimensions.” Orlofsky directs me to pairings by
Robert Therrien
and
Rachel Whiteread
, who have similar approaches to Grotjahn and especially Serra. “Their work also concentrates visual language around mass, silhouette, and gravity,” he explains.
The success of this inaugural show bodes well for the gallery and the city. With Gagosian, a certain critical mass of institutional and now commercial presence has been realized at the intersection of Howard and 3rd Street.
Monica Westin

How The Gap’s Founders Helped Shape the New SFMOMA 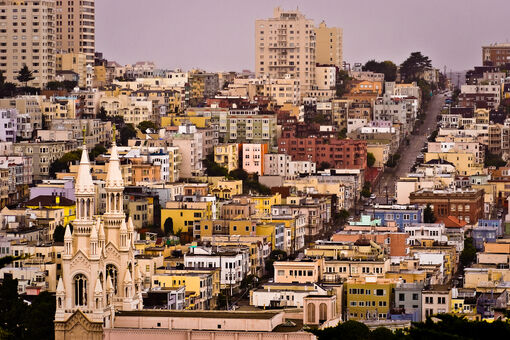 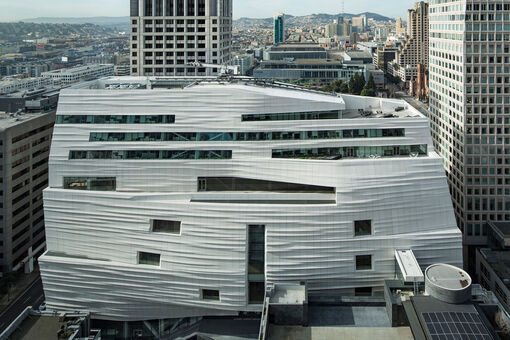