Perhaps it’s no surprise that the undisputed father of psychoanalysis, Sigmund Freud (1856–1939), was a controversial character. Trained as a medical doctor and a psychologist in Vienna, which he fled in 1938 to escape persecution by the Nazis, he considered himself first and foremost a scientist. But his staunchest critics deemed some of his theories “dangerously inaccurate” and doubted the empirical validity of his methods, questioning the status of psychoanalysis as a legitimate science. Among his detractors was linguist and philosopher Ludwig Wittgenstein (1889–1951), a self-described Freud disciple who nonetheless objected to the psychoanalyst’s revolutionary principles of dream analysis.
In a current show on view at London’s Freud Museum,
Young British Artist
Gavin Turk
places the two enlightened Viennese thinkers in a sort of tongue-in-cheek dialogue, continuing the artist’s own ongoing explorations into illusion. Titled “Wittgenstein’s Dream,” the wryly mocking presentation is more of a delicate intervention than an exhibition, woven almost seamlessly throughout the wood-paneled spaces of the hallowed home where Freud spent the last year of his life.
Turk, who was born in 1967, is a sculptor of many shades, best known for wax figures and
trompe l’oeil
compositions that destabilize assumptions about authenticity and identity; his objects often perform withering take-downs of notions relating to authorship, targeting the myth of the artist-as-hero. Freud, then, as one of the world’s most celebrated modern scientists, is a prime candidate for the Turk treatment—and this show effectively serves it to him. 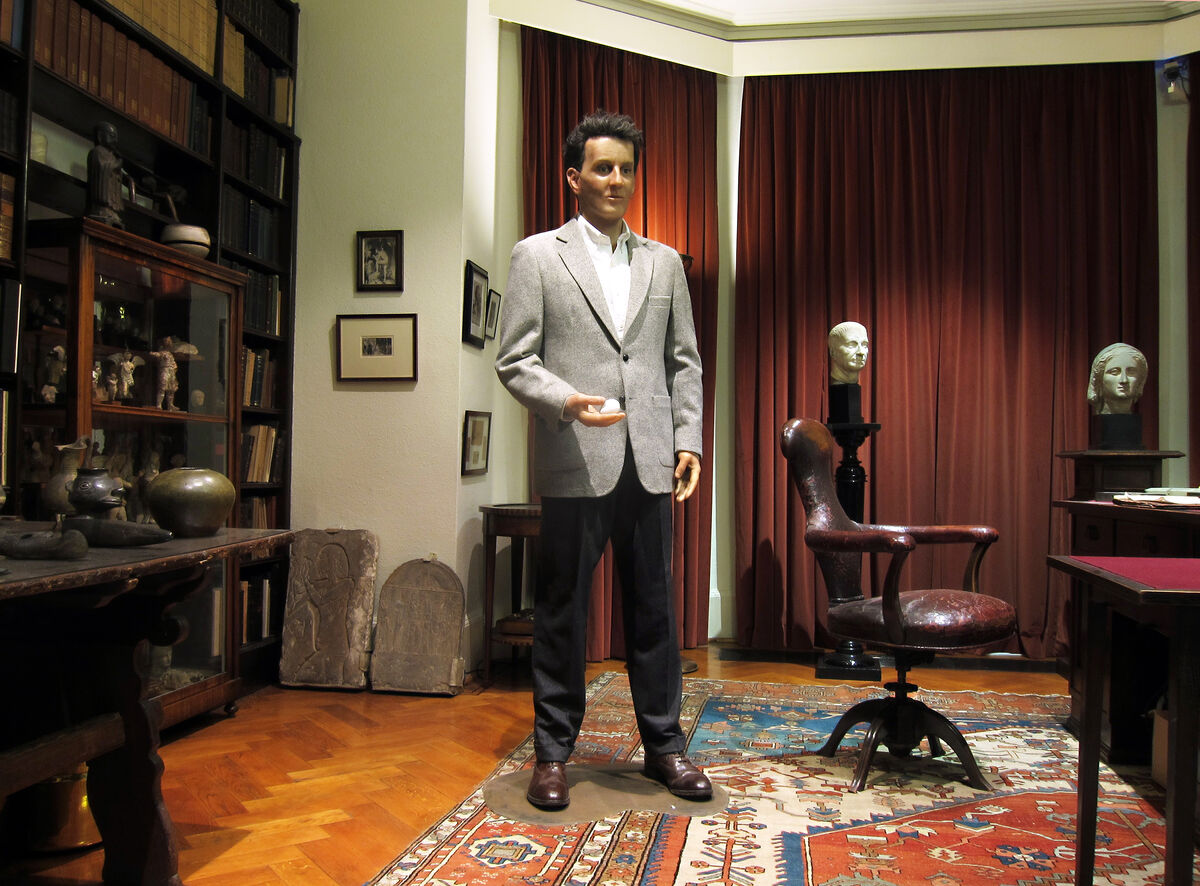 The Freud Museum is not a conventional establishment. Aiming to present the house largely as Freud lived in it, it is instead an anachronistic hodgepodge of seemingly disorganized clutter: in the lobby, historical artifacts mingle with plastic folding chairs and a clothing rack where visitors have hung their shopping bags; there are no security guards, and although numerous posted signs request “no photography,” nobody listens.
Although some spaces have been preserved à la Freud as period rooms, others have been adapted to accommodate the contemporary visitor. A makeshift cinema upstairs plays old documentaries about Freud on a pull-down screen, while downstairs a series of glass vitrines and wall texts offer simplified explanations of his theories and legacy. On the landing, meanwhile, a table and two chairs are surrounded by a jumble of modern light fixtures, framed photographs of Freud and his family, and potted plants. But were these Freud’s house ferns, or were they added by museum staff to make their working environment more pleasant? Are guests allowed to sit at the table, or is it an installation? 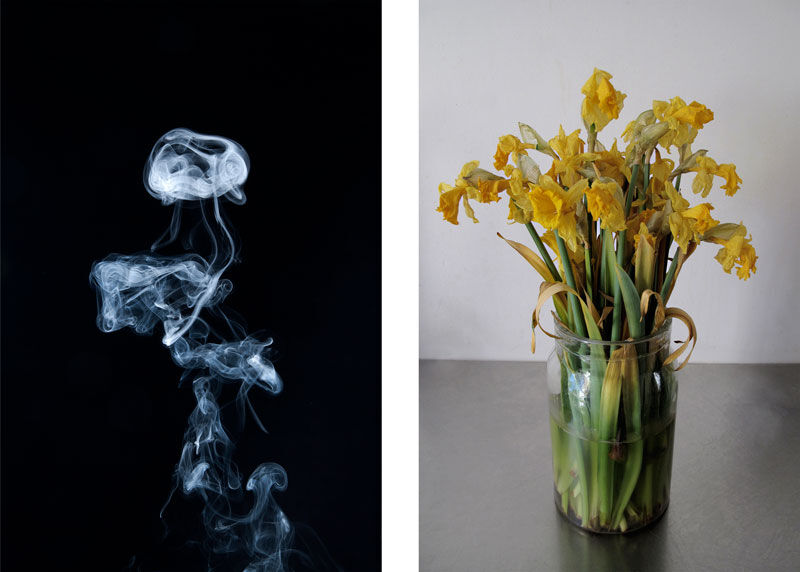 Advertisement
This sort of institutional anarchy is refreshing, and it allows viewers a more personal interaction with Freud’s objects and spaces. It also creates an environment that almost absorbs Turk’s artworks, most of which might be missed by the careless or uninformed viewer. Take the three 2015 neon installations he installed at various spots along the staircase, which spell out “ego,” “ID,” and “super-ego” in pink, blue, and white. Isolated on the wall and dissociated from a human subject and from each other, these three elements of psychoanalytic personality lose their ability to describe a given behavior and are reduced to nothing more than letters, scrawled sloppily in light.
A similar act of cunning deconstruction occurs in the first gallery, Freud’s erudite study, where a walking path for visitors is demarcated and much of the room is off limits. Here, installed beyond the thin cordons amidst a hurricane of books and shelves crammed with ancient Greek and Egyptian curios from Freud’s expansive art collection, Turk’s wax figure of Wittgenstein stands next to the organized chaos of Freud’s desk, holding an egg in the palm of his hand. The egg is a loaded motif, of course, suggesting origins and birth—both of which are fundamental elements of psychoanalytic theory—but it is also just an egg, a fact, an object. The image is ambiguously metaphorical, perhaps representing a strange apparition in a dream. But whose? And more importantly, why? The impulse to read into, interpret, and analyze, especially in the context of Freud’s study, is overwhelming—but the viewer is also made conscious of that impulse’s absurdity. 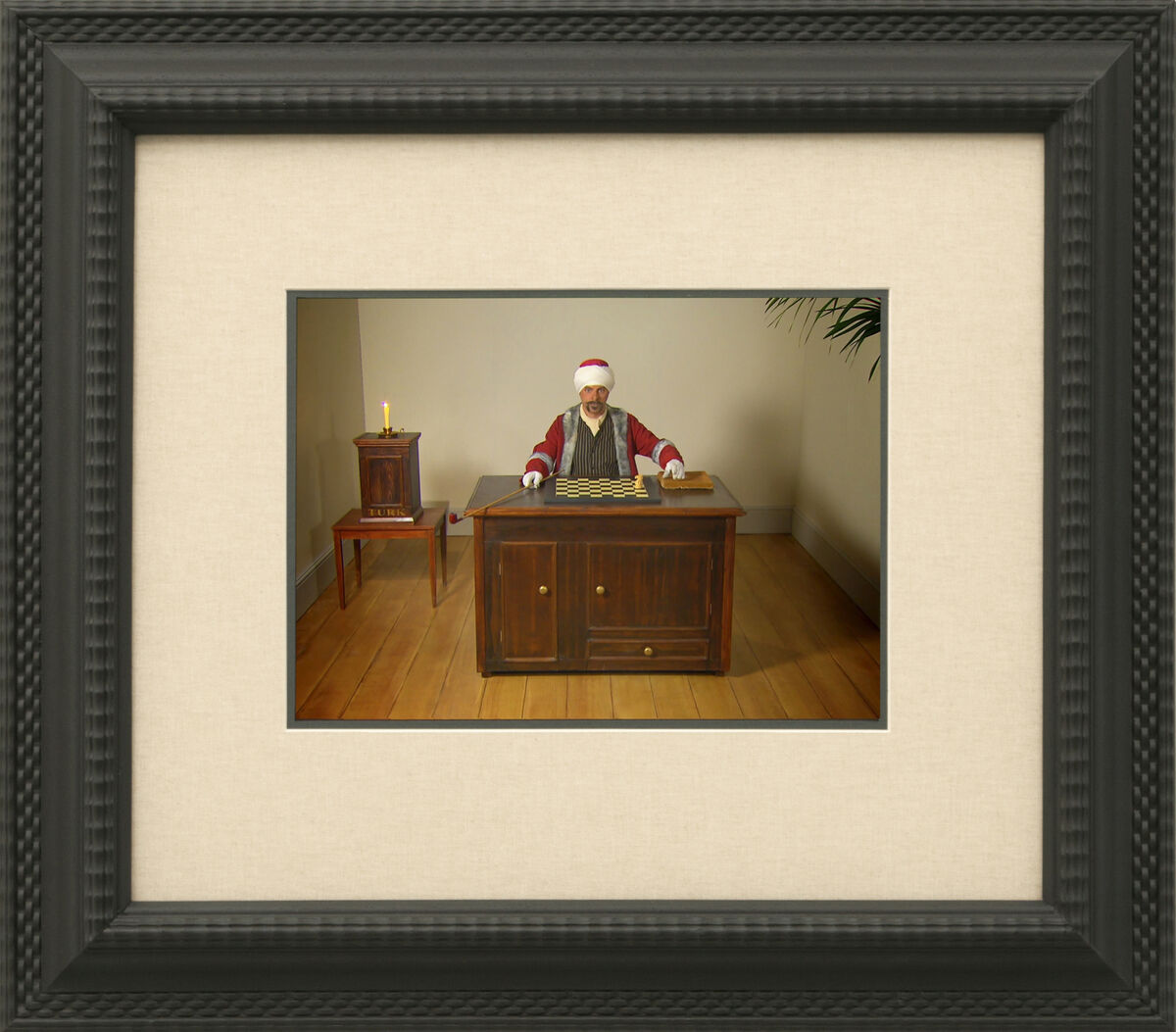 Nearby is the famous chaise-longue where Freud conducted long sessions with his patients, an item of furniture that conjures the many narratives, traumas, motivations, and passions that the room witnessed. But hung just above it, Turk’s large-scale photograph of a twisting, curling plume of smoke against a black ground, Parapraxis (2013) (one of three in the show), appears like a phantom in the space. While there are certainly figures to be discerned in it, the smoke’s shapes and forms might evoke any number of associations. These would be just guesses, personal projections rather than hard science, and the work seems to suggest that any attempt at an “empirical” reading of a dream would be just as subjective.
Such ambiguity is embodied by a room upstairs, where Turk has staged a desk of his own. Displayed carefully on the table, ephemera, souvenirs, and objects from his personal and professional life—a ball of rubber bands, a snowball made of plaster—are presented like ethnographic or archaeological specimens. A long glass vitrine on the wall opposite assigns each one a faux-scientific provenance and explanation that only highlights its meaninglessness. Taken altogether, it’s a surreal accumulation of colors, textures, and materials that might seem significant—but only in a dream.
—Emily Nathan
“Gavin Turk: Wittgenstein’s Dream” is on view at the Freud Museum, London, Nov. 26, 2015–Feb. 7, 2016.
Related Stories