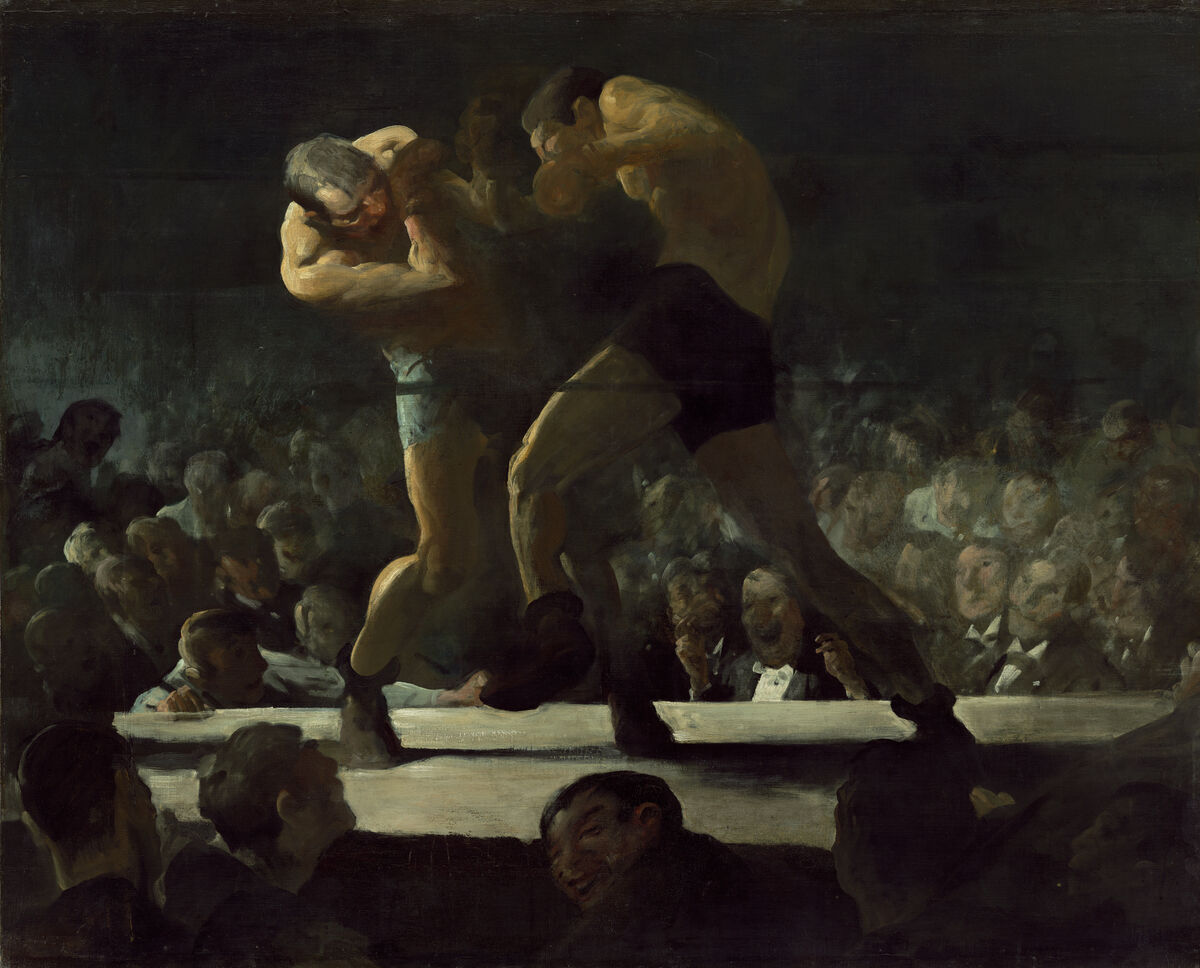 When Floyd Mayweather faced off in a boxing match against Conor McGregor in the summer of 2017, the event was preceded by the usual melees of trash talk. Mayweather, the undefeated, African-American boxer, repeatedly called McGregor a “bitch” while belittling the white, Irish MMA fighter’s earning power. McGregor parried with such racist taunts as “dance for me, boy.”
These exchanges might remind us that although it can easily escalate into violent action, what we today call “toxic masculinity” occurs largely in language, and less often in images. Yes, there are unsolicited dick pics and photos of frat boys in blackface, but far more frequently, toxic masculinity is something vocalized or telegraphed in tweets, texts, DMs, and comment sections. Still, it may be that images can tell us things about the phenomenon that mere words and events cannot.
Take, for instance, an iconic 20th-century image of boxing, Both Members of This Club (1909), by
George Bellows
. Bellows’s best-known works are esteemed for the unembroidered realism with which they depict scenes of boxing in the backrooms of bars like Sharkey’s in New York City, just after the turn of the 20th century. Oddly enough, Bellows produced only six boxing paintings in his lifetime (along with numerous lithographs and drawings), yet he became famous for them. Each caused something of a sensation—in part for the low-life, louche subject matter, and for the artist’s bravura handling of it. 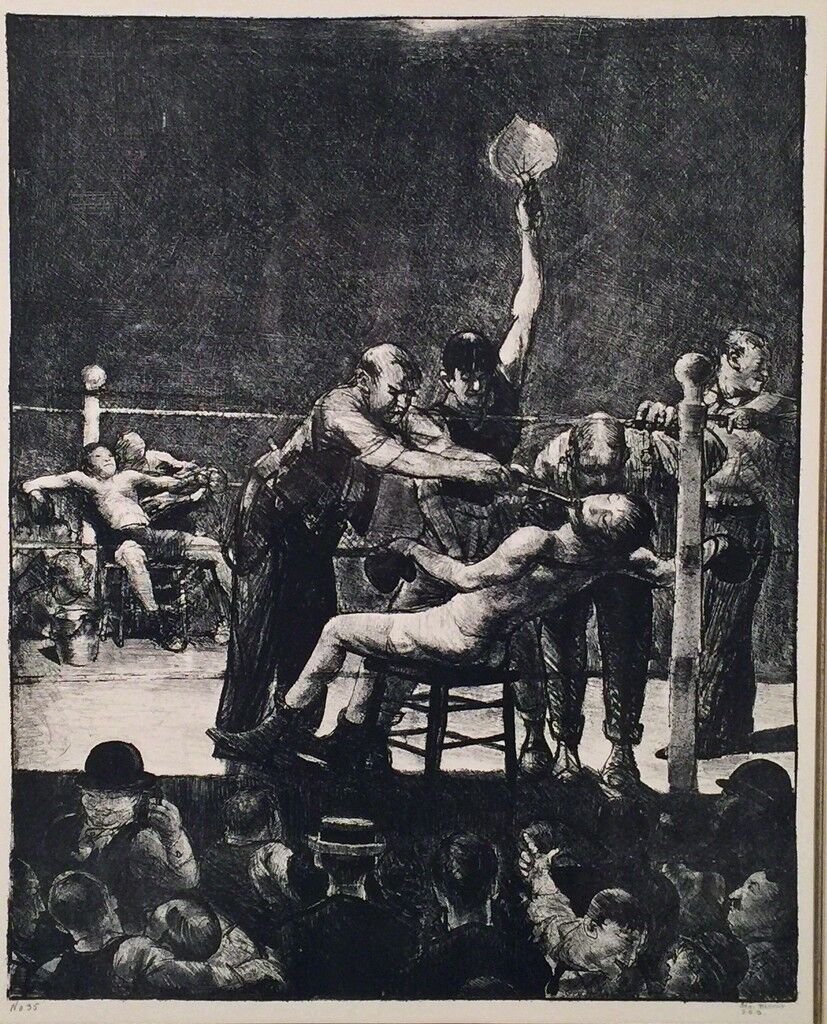 George Bellows
BETWEEN ROUNDS, 1916
Edward T. Pollack Fine Arts
A black man lunges at a faltering white fighter in Both Members, the title of which refers to the fact that professional bouts were illegal in the city at the time, but a loophole in the law allowed athletic clubs to hold fights. The painting’s original title, A Nigger and a White Man, points to the racist overtones of the scene: A black boxer would not have been allowed in as a regular member of this athletic club; he would have been provided a temporary membership for the night.
If one of the current hallmarks of toxic masculinity is racist posturing—particularly in a violent context—Bellows’s picture, though over a century old, can nevertheless serve as a useful guide to how it plays out. While mixed-race events would not have been acceptable during the period, the bar-turned-boxing-club in the painting becomes a sort of safe space in which to present the racist spectacle of a “white hope” trying to knock out a black interloper. In our era, when a black-on-white match raises no eyebrows, it is the pre-fight spectacle—in a boxing match or an MMA fight—that becomes the safe space for racist posturing. The banter isn’t real, it’s just part of the show, right?
By extension, we might then consider what other informal spaces we have created in order to, as it were, protect racist speech or acts: some frat parties, for example, or, in certain places, Halloween. We might wonder what types of comments Both Members might provoke on social media; that thought experiment highlights the fact that comment sections, with their semi-anonymity, can also become safe zones for racist or misogynistic speech. 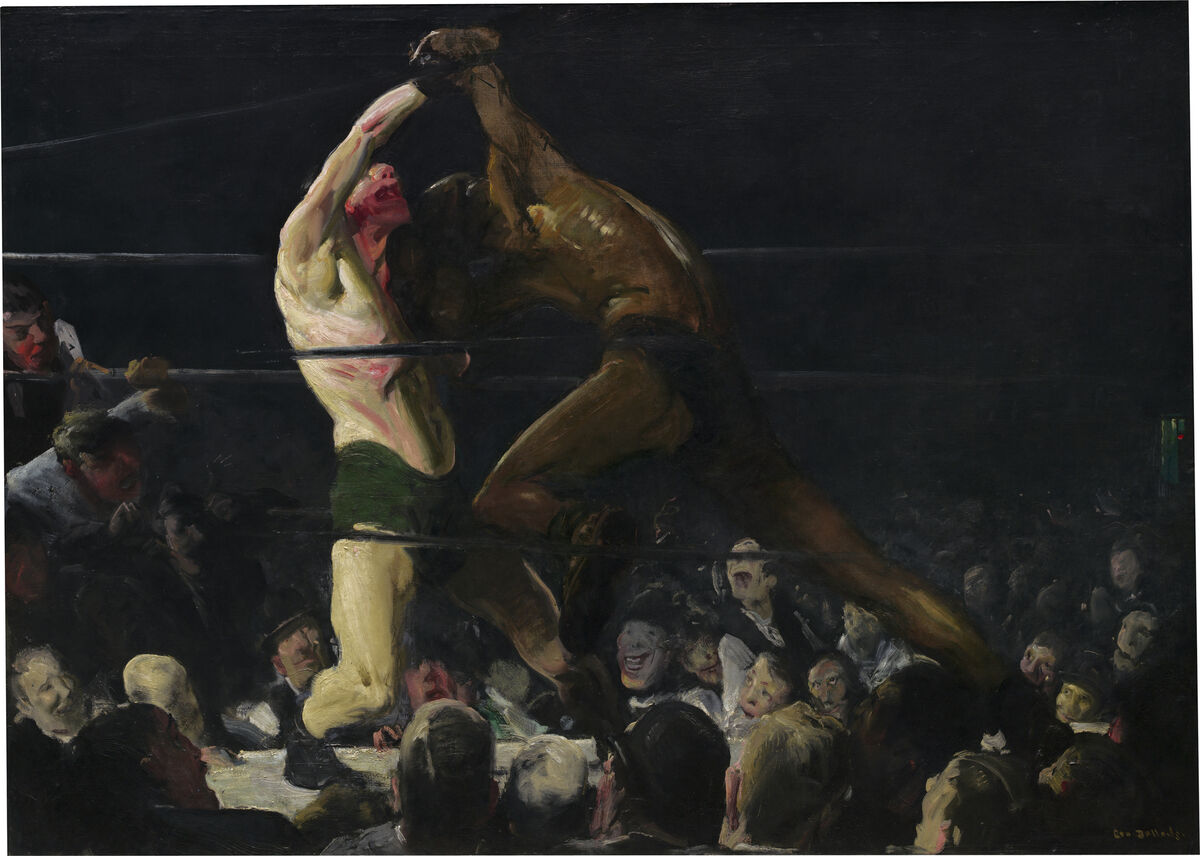 George Bellows, Both Members of This Club, 1909. Courtesy of the National Gallery of Art.

Advertisement
Not that there is obvious misogyny in Both Members, yet its absence is equally telling. If you look at the audience in that painting or in Bellows’s other boxing works, like Stag at Sharkey’s (1909) and Club Night (1907), you’ll find a congregation of raucous, cheering, hollering, intoxicated men, but—as the title Stag at Sharkey’s indicates—no women. It would have been unseemly for women to congregate in a working-class bar, especially during a mixed-race sporting event. (There were, however, a few women who boxed as entertainment back then.) Could it be that exclusively male gatherings open another safe space—in this case, for misogynistic posturing? We see this possibility tacitly acknowledged by the toxic male occupying the White House when he dismisses his own misogynistic rants as mere “locker-room talk.”
Today, of course, women often attend boxing matches. What Bellows’s work suggests is that female participation (or lack thereof) might well determine the relative level of toxicity of the event. This may be why such sports like football—which has virtually no female participation—and competitive boxing (as opposed to boxing classes for fitness)—which has very limited female participation—seem to have such notable domestic violence problems associated with them (Mayweather has five convictions for domestic battery and assault). Contrast these with the few newer sports where women excel—both financially and physically—alongside men, such as competitive fitness (Crossfit), triathlon, and some action sports like mountain biking, all of which contribute greatly to female empowerment and equality.
These more equitable sports make it difficult to argue that competition alone contributes to expressions of toxic masculinity. Many people compete, men and women, though only a small percentage act out in offensive ways. In fact, competition ought to instill qualities that are the opposite of toxic: respect, camaraderie, and the ethical behavior towards an opponent that we term “sportsmanship.” Most importantly, competition teaches you to be disciplined in the face of fear, and as my repeated use of the word “safe” here is meant to intimate, toxic masculinity is driven largely by fear and a craven sense of weakness. 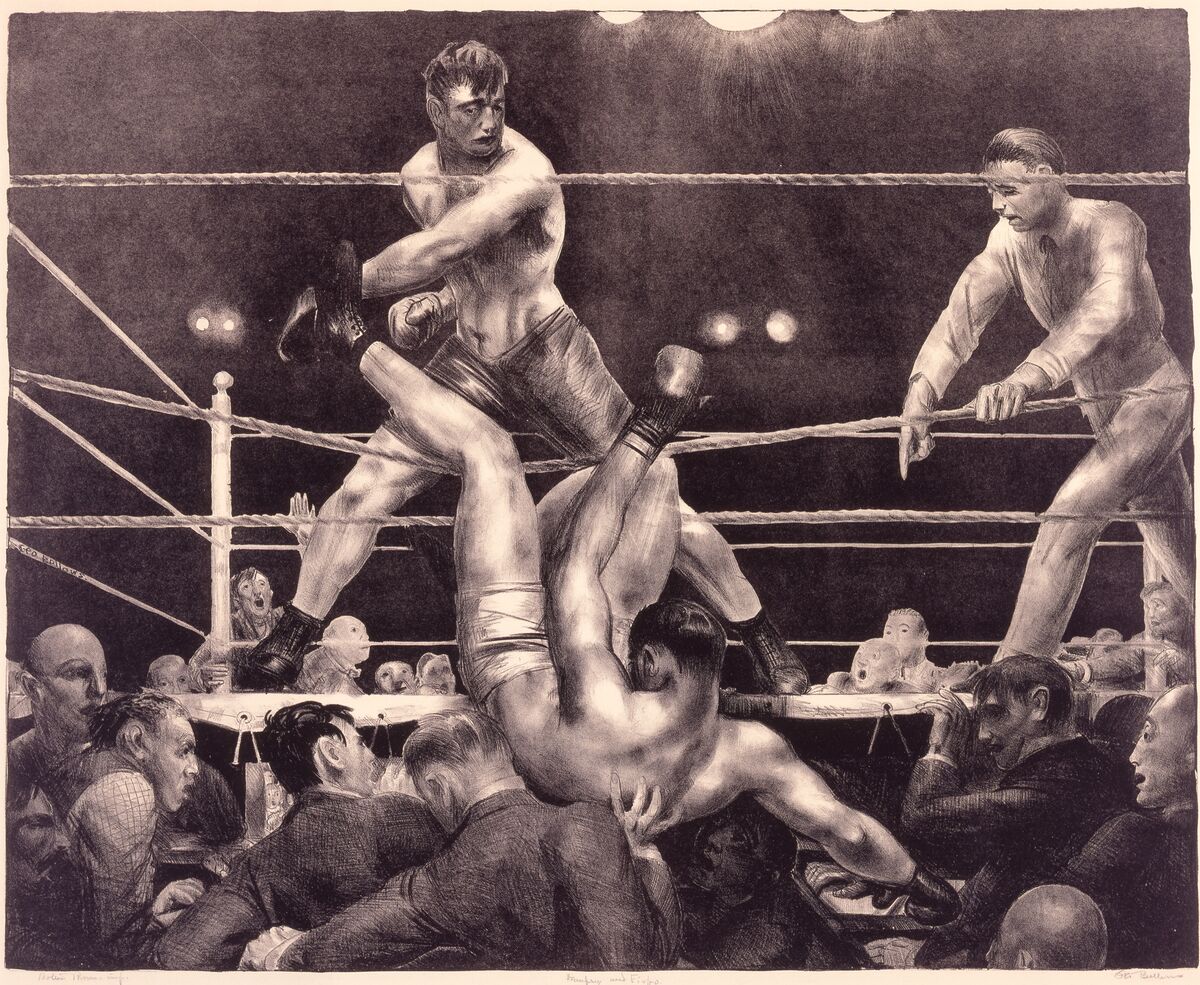 Yet Bellows knew little about the rules or conduct of boxing, despite the fact that he had been an athlete as a young man, playing semi-pro baseball. “I don’t know anything about boxing,” he once said. “I am just painting two men trying to kill each other.” It’s a sentiment that leads us to ask: Why choose to depict such a subject? The answer is that violence—and, by extension, bad or questionable behavior generally—is fascinating for many people, even its victims.
All of the four boxing paintings that focus on the fight proper (as opposed to the two canvases that treat the pre-fight ceremony) make the audience’s reaction a central theme. They, like us, are captivated by the violence in the ring. However, the fact that some in that audience, drunk and unrestrained, mimic the savagery they’re watching should not lead us to imagine that the spectacle of violence in itself triggers bullying, misogyny, or racism, since only a minuscule percentage of the audience for violent sport engages in such things. The takeaway should be the act of paying attention itself.
Bellows was a realist: His aim was to look at what was then frequently overlooked in society—brutality; life below the media radar, as in the backrooms of bars—and to portray these things as honestly as possible. Only when we examine difficult subjects frankly can we begin to understand them. When considering the newly named—though not new—phenomenon of toxic masculinity, we would do well to follow his lead.
Daniel Kunitz

Correction: A previous version of this article stated that Conor McGregor once referred to African American boxers as “dancing monkeys”; we could not confirm this fact, so it has been removed from the article. The text has been updated to reflect this change.

What Does It Take to Capture the Perfect Sports Moment? 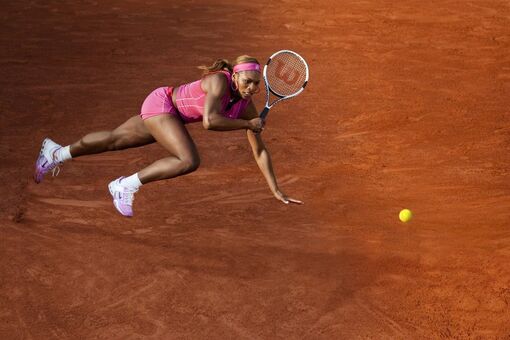 What Does It Take to Capture the Perfect Sports Moment?
Artsy Editors
Jul 7, 2016