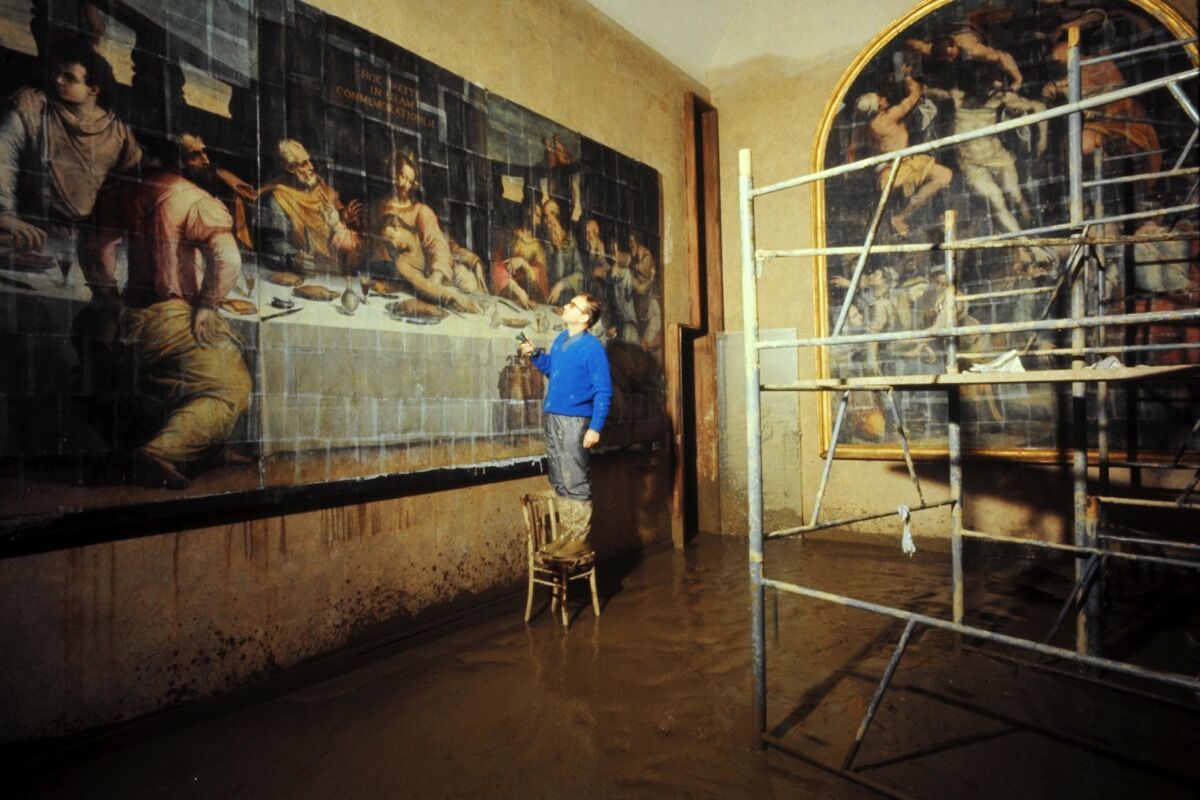 From
Leonardo da Vinci
’s Mona Lisa (1503) to
Albrecht Dürer
’s Adam and Eve (1507), many of the world’s most famous artworks are painted on wooden panels. But only a tiny group of highly trained specialists are equipped to handle the tricky conservation work required for these centuries-old masterpieces.
In the late 2000s, there were roughly 10 such experts worldwide—a small number that was poised to get even smaller. Many of these individuals were approaching retirement age, and across the whole of the United States, United Kingdom, and Europe, there were at most two young conservators considering a career in this niche field.
This was the worrisome picture that emerged from a survey begun in 2008 by Copenhagen’s Statens Museum for Kunst and funded by the Getty Foundation.
Armed with these urgent initial findings, the Foundation (along with the Getty Conservation Institute and Museum) brought together a group of advisors at the Metropolitan Museum of Art in February 2008. “Panel painting conservators began to agree that they should devote their time to bringing in a younger generation of people,” says Antoine Wilmering, senior program officer at the Getty Foundation. 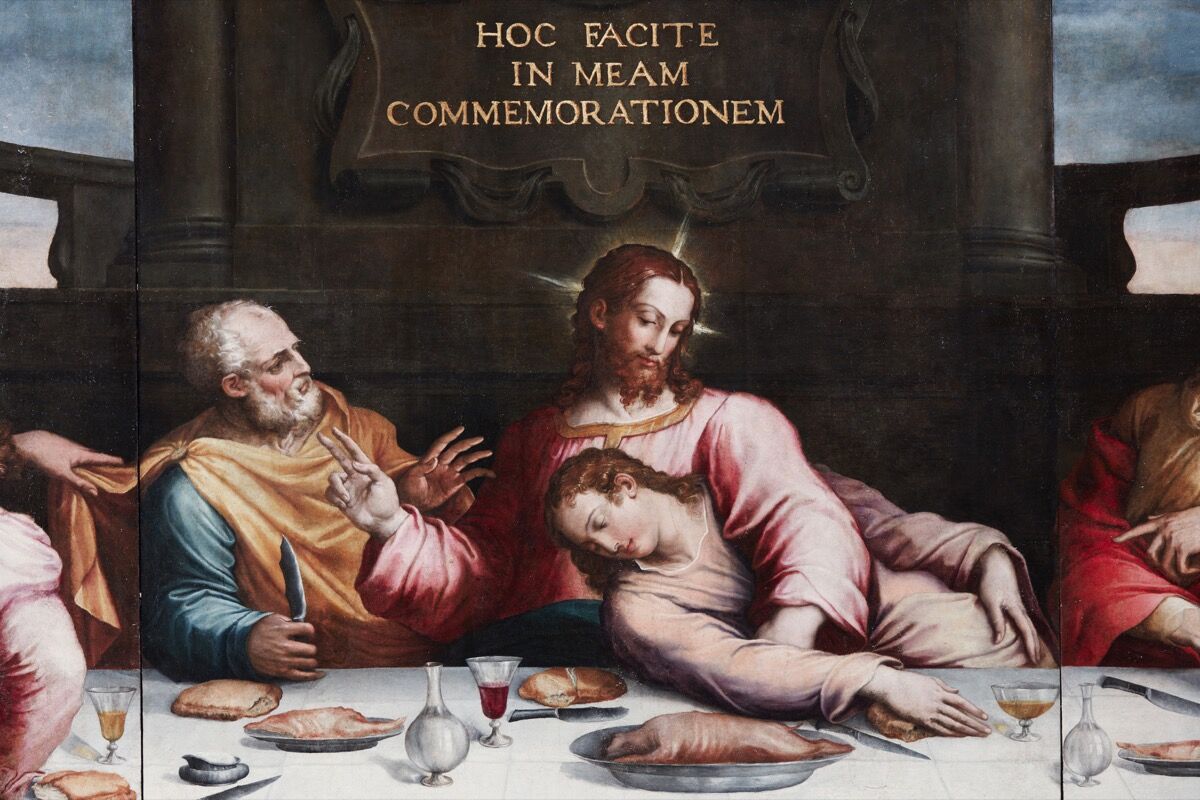 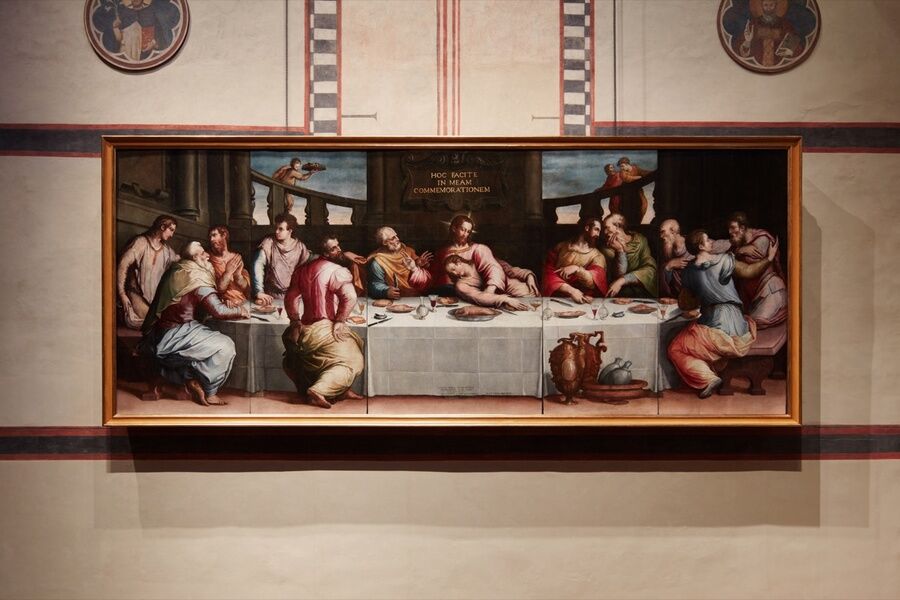 That meeting marked the launch of the Getty’s Panel Paintings Initiative (PPI), charged with resuscitating the field by fostering a new crop of conservators trained in this specialty. According to Wilmering, the program aimed to cultivate about 20 promising candidates—12 newly graduated conservators, six mid-career conservators, and two advanced conservators who, “with a little bit of further training, could then become trainers themselves.”
Before PPI, says Wilmering, there was no real pipeline in place. Only one conservation training program in Florence offered panel painting as a focus, former Met conservator George Bisacca says. “I think people were generally unaware of it as a possible specialization,” he explains.
Nor is panel painting conservation for everyone. “You have to have almost surgical woodworking skills to be able to do responsible conservation interventions,” Wilmering says. But “material science, mechanical behavior of structures, and high-level woodworking skills alone are not enough to do this kind of treatment,” Bisacca adds. 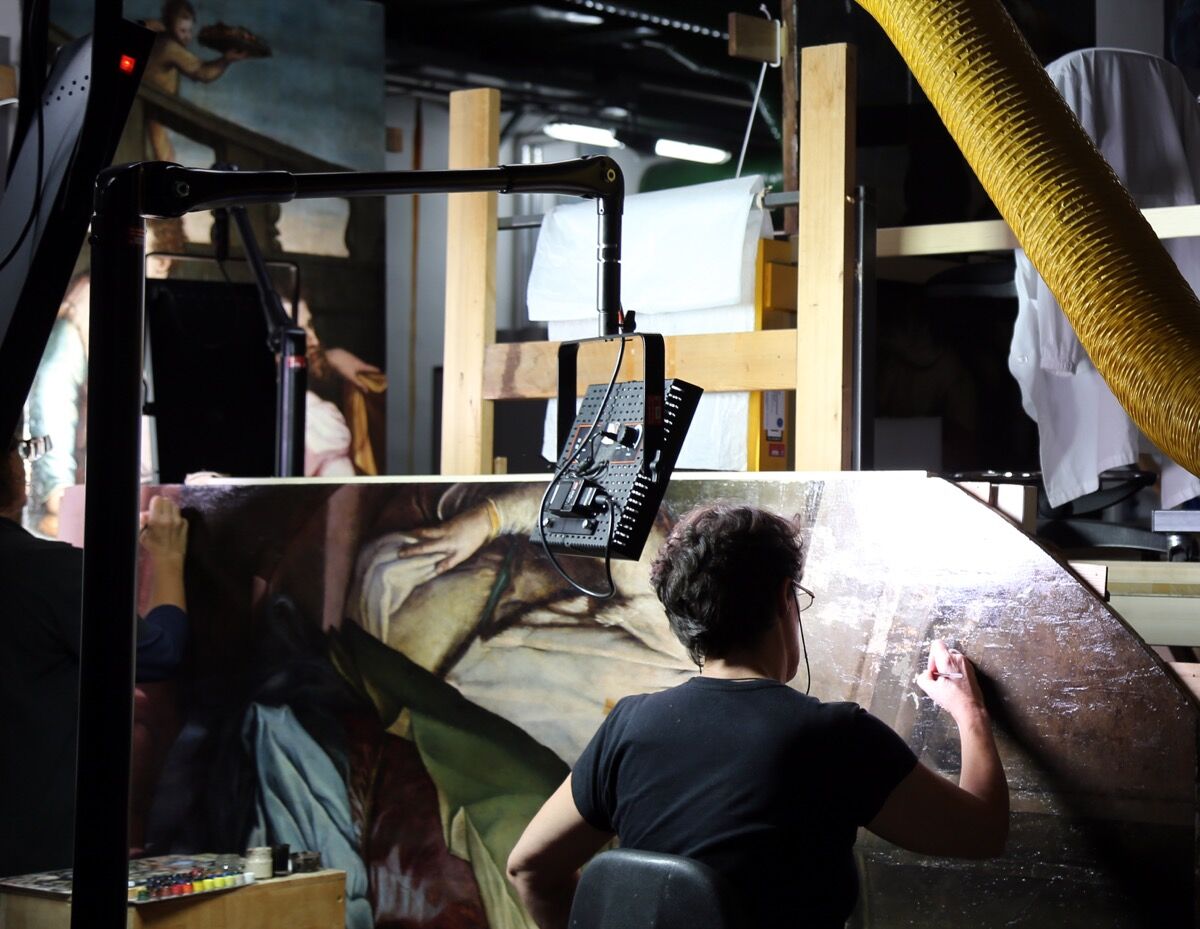 Advertisement
Throughout the 19th century, panel painting restorations were conducted by carpenters who, while technically skilled, lacked an understanding of the object as a work of art. “They made these terribly invasive treatments, which cancelled a lot of information,” Bisacca says.
Even worse, these treatments often made the works more susceptible to damage. Back then, restorers had a fixation on “planarity,” which led them to thin down the wooden boards to a fraction of their original thickness. Then, to force the painting to stay flat, they would attach a rigid wooden frame (or “cradle”) to the back.
“But those things, well-intentioned as they were, caused greater instability,” Bisacca explains. “As the panel tried to warp, tensions built up in the panel until they finally split.”
Today, most panel painting conservation involves rectifying those earlier mistakes. Dürer’s Adam, for example, was a victim of a particularly rigid cradle that resulted in a plethora of cracks across its surface. Bisacca, along with Prado conservator José de la Fuente, spent several years repairing both Adam and its partner painting, Eve, as part of the initiative.
A handful of PPI trainees joined them throughout the process, observing as the senior conservators inserted more than 400 meticulously crafted wooden wedges to fill the cracks. 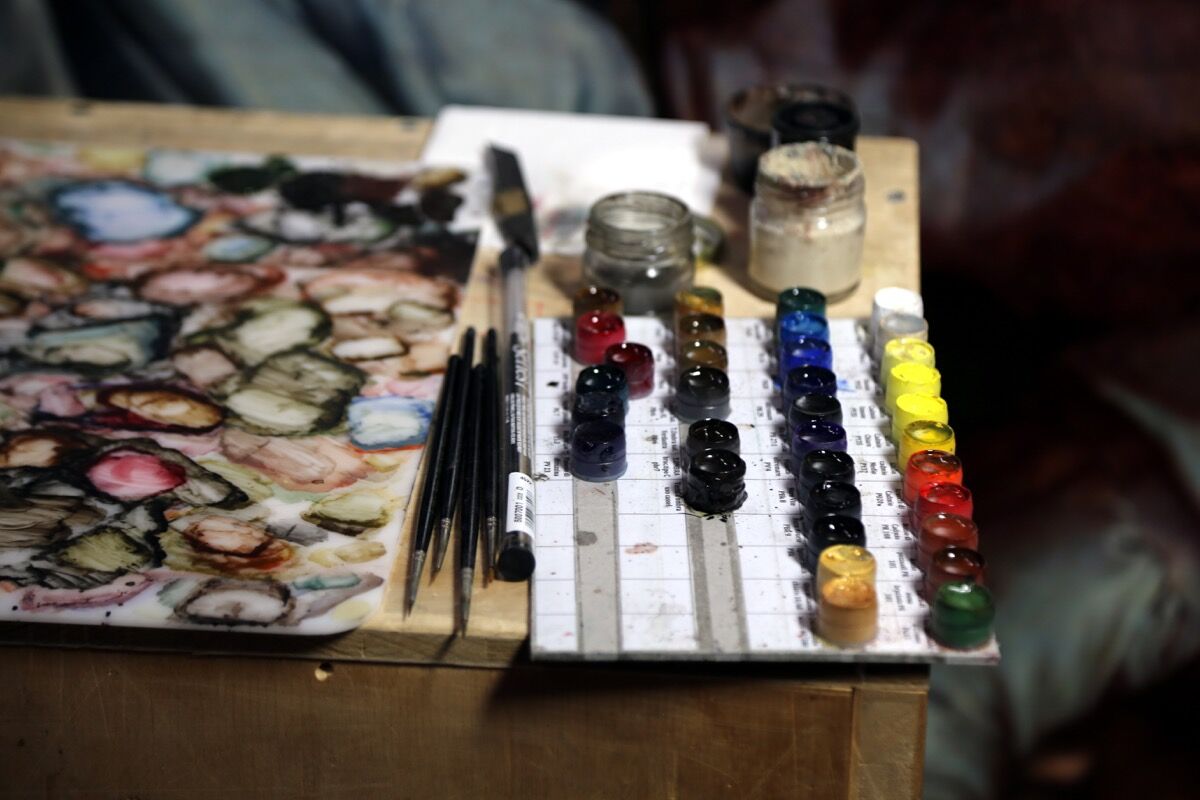 Young conservators similarly rotated across other conservation efforts funded by the initiative, which took place at various workshops around the world, from Krakow to Brussels.
“One of the fundamental ideas with the initiative was that we’re not going to teach a certain methodology,” Bisacca explains. “We’re going to expose those students to a whole range of possibilities, and then they formulate their own judgements.”
PPI also managed to unite a historically individualized field. Italy, with its lengthy history of paintings on wood, has long been the epicenter of panel painting conservation. But even within the country, says Bisacca, there were (and still are) deep divisions between the Roman and Florentine schools. These opposing experts hardly interact with each other, let alone attend international conferences.
“There was very little international exchange of ideas among the few people that were doing high-level treatments,” he says. 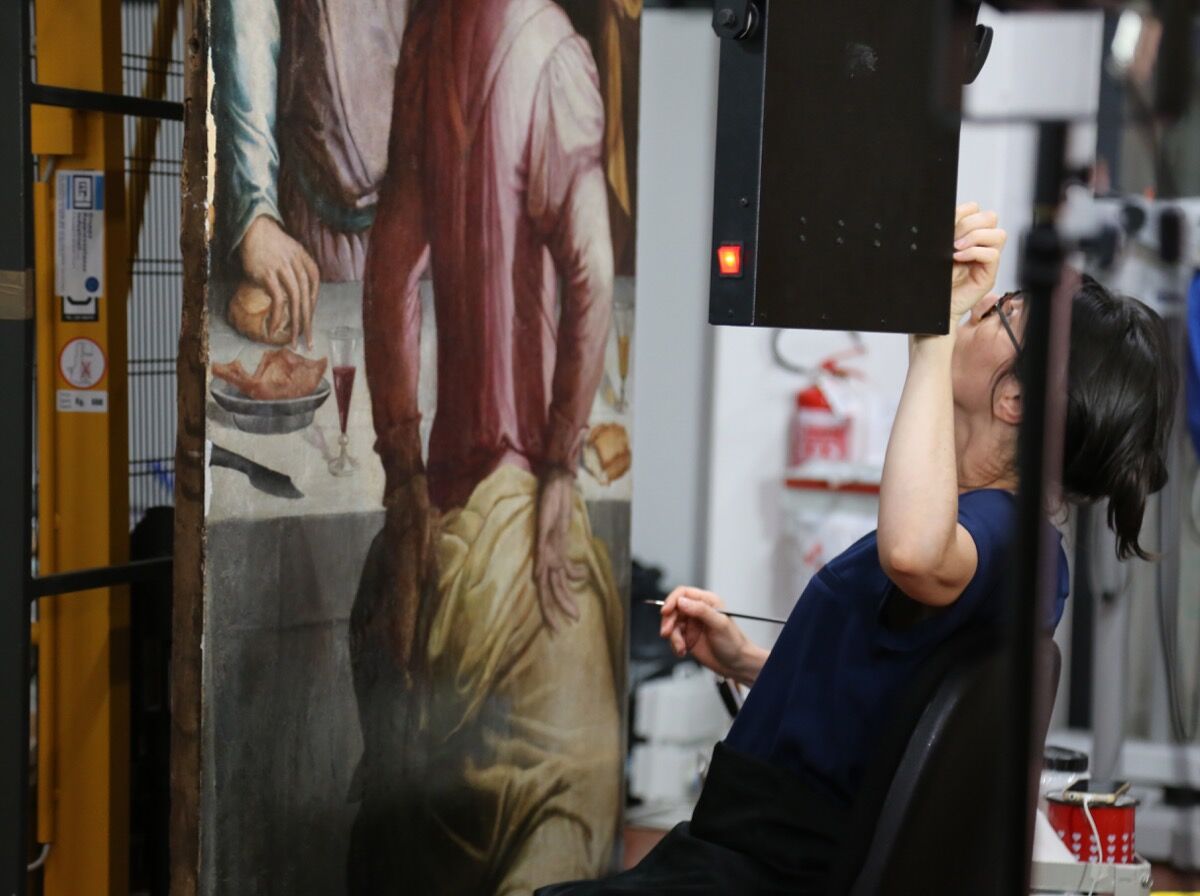 PPI wanted to encourage exchange and mutual appreciation among experts that had never had contact with each other before. “By putting them together and having them assist on projects all throughout Europe, it did foster a lot of exchange,” Bisacca says. “They certainly understood problems in similar ways and were able to move things forward in a really good way.”
Although the initiative officially concluded in 2014, its legacy lives on in the form of a new, tight-knit group of conservators. “They were able to forge lasting relationships and really become a cohort,” Wilmering says. “And that’s also important in the field, to know that you have colleagues somewhere. If you are faced with a problem, you can call them and discuss.”
Now, this group of younger conservators is equipped not only to work on important panel paintings, but also to train a future generation in the specialized techniques required to preserve some of art history’s most significant works.
Abigail Cain
Related Stories