How Diego Giacometti Built His Own Artistic Legacy 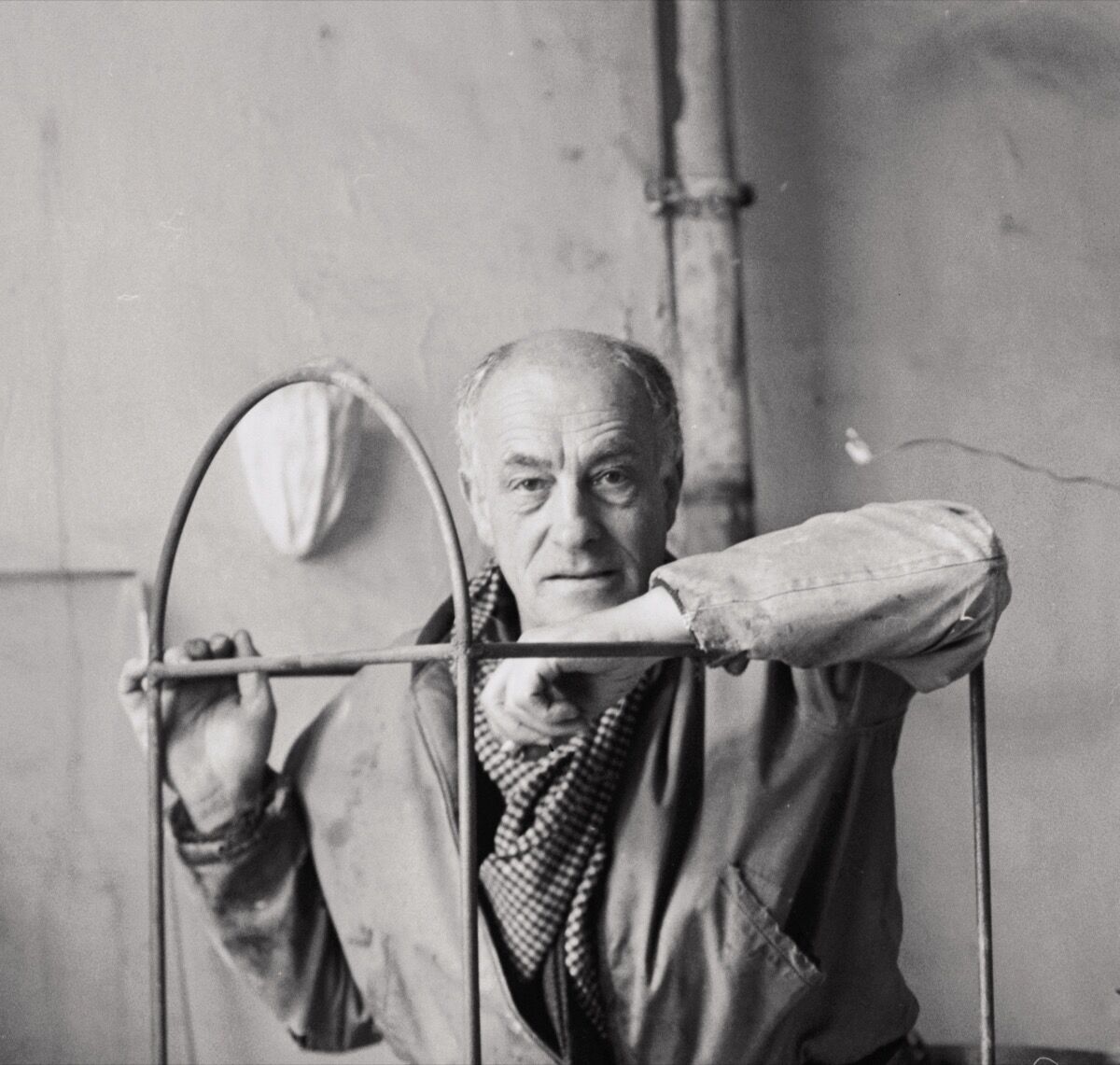 It’s never easy living in the shadow of another, but
Diego Giacometti
, born just one year after his brother, the sculptor
Alberto Giacometti
, never seemed to mind. After devoting much of his life to the service of his brother’s art, the younger Giacometti embarked on his own creative practice. And now, the late designer’s work is having a moment all his own.
This past March, a Christie’s sale in Paris of Diego Giacometti works that belonged to Hubert de Givenchy reached a new auction record for the designer, set by an octogonal table created circa 1980, which went for €4,162,500. And soon, on May 17th, Sotheby’s France is offering 27 of his sculptural
furniture
designs in a Paris sale, works in
bronze
ranging from lamps and coffee tables to sconces, door handles, and carpets. His works are characterized by an organic, animalistic quality, taking the forms of birds, apples, and twisting branches, which make up the structural elements of his furniture.
Diego Giacometti (he signed much of his work simply “Diego”) came to furniture design late in life, following decades of engagement in the arts. In addition to his own artistic practice, he served as an assistant to his brother, creating the plaster casts and patina for many of the artist’s famous figures and serving as a model for portraits until Alberto’s death in 1966. (Through his brother, with whom he moved to Paris’s Montparnasse in 1927, Diego met many of the most famous creative minds of the day, many of whom—
Cecil Beaton
,
Jean Cocteau
, and Hubert de Givenchy among them—would go on to collect his work. 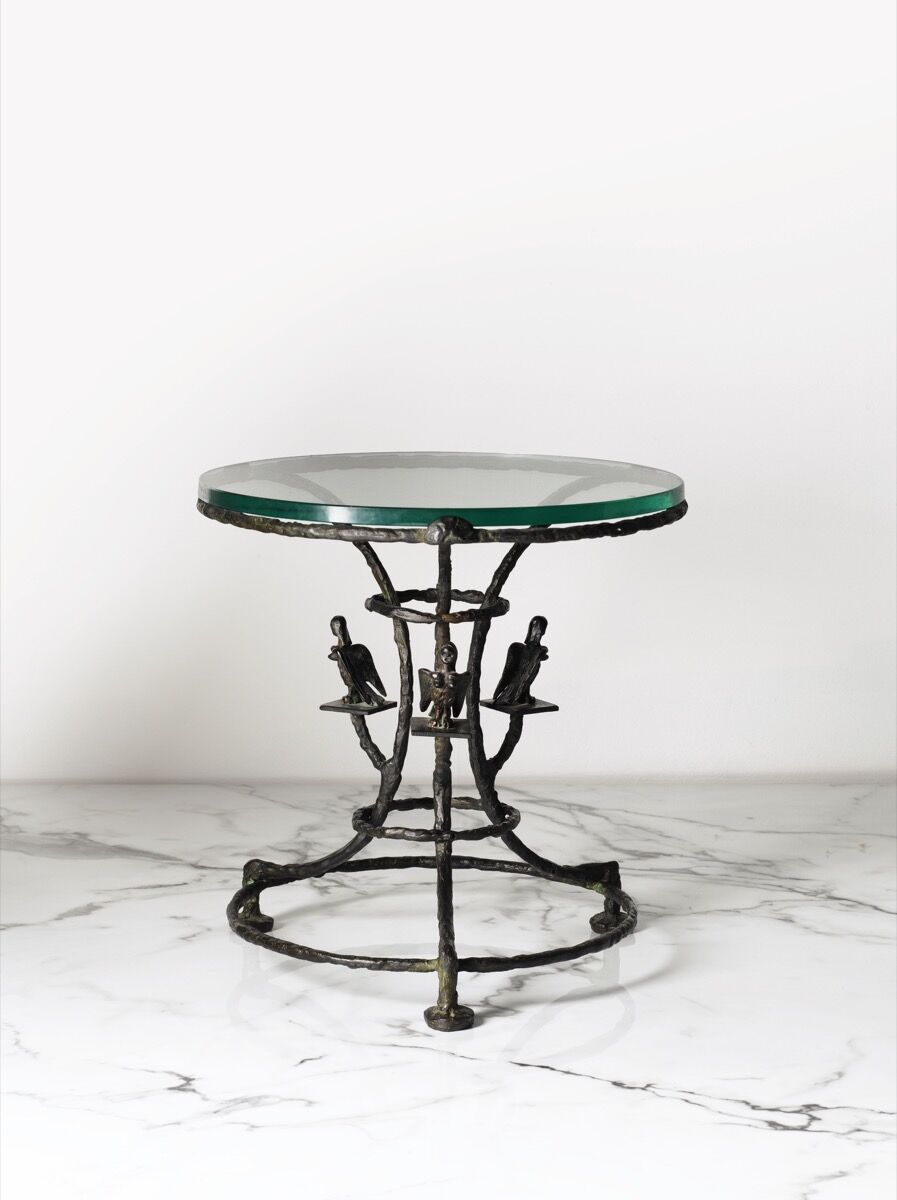 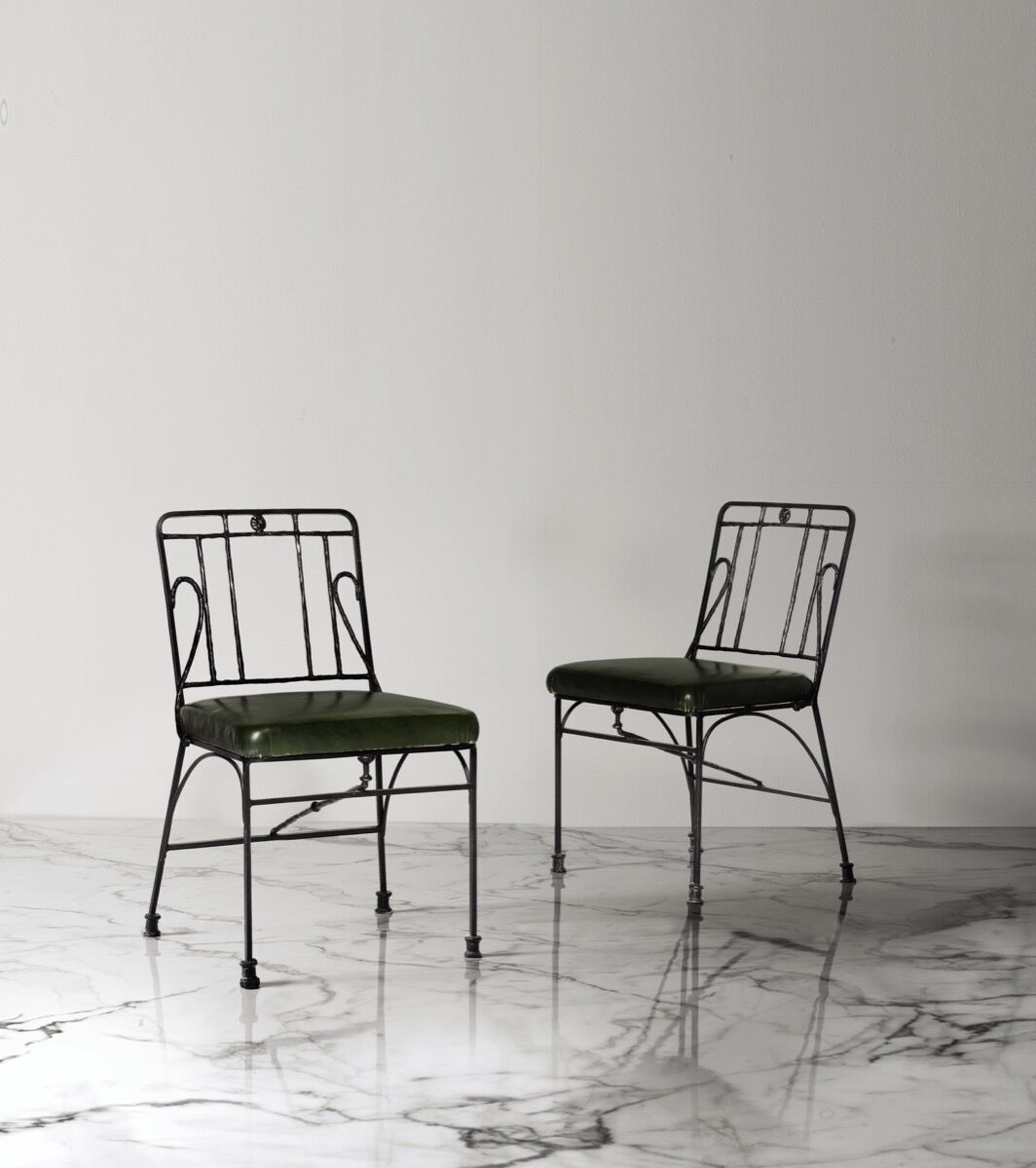 But perhaps the Giacometti brothers’ most important friendship was that with
Pablo Picasso
, whom they met shortly after moving to Paris. Later, at the age of 80, Diego would be tasked with designing the furniture and lighting for the Museé Picasso in Paris, for which he created a series of bronze benches, tables, chairs, torch lights, and resin chandeliers meant to link the classical building with the modern art on display. The resulting works, still fixtures at the museum, are proof of the artist’s timeless appeal.
“The pieces of Diego are fairly universal—made of bronze with a touch of whimsy and a lot of poetry,”  says Florent Jeanniard, specialist and head of the design department at Sotheby’s France. “It is really furniture made by an artist. The proportions, the finishes make for perfect furniture.”
Beyond Diego’s work with his brother, other influences can be found in his output. There are the birds studied from trips to the Jardin des Plantes and animal figures inspired by travel to Egypt as a young man. But still, it was a careful lifetime study of aesthetics that culminated in his slow embrace of his own creativity in the last quarter of his life.
“He controlled the amount he produced and his work was not disseminated like current furniture is,” Jeanniard explains, part of what contributed to the high sums his work readed during the 1980s. Indeed, the artist didn’t begin focusing on his own practice until after his brother’s death—and even then, he moved slowly. “Patience was needed, it took several months before even receiving one of his small cups,” Jeanniard says, and clients would often wait for years for Diego Giacometti to even begin a commission. “His pieces are therefore quite rare.” 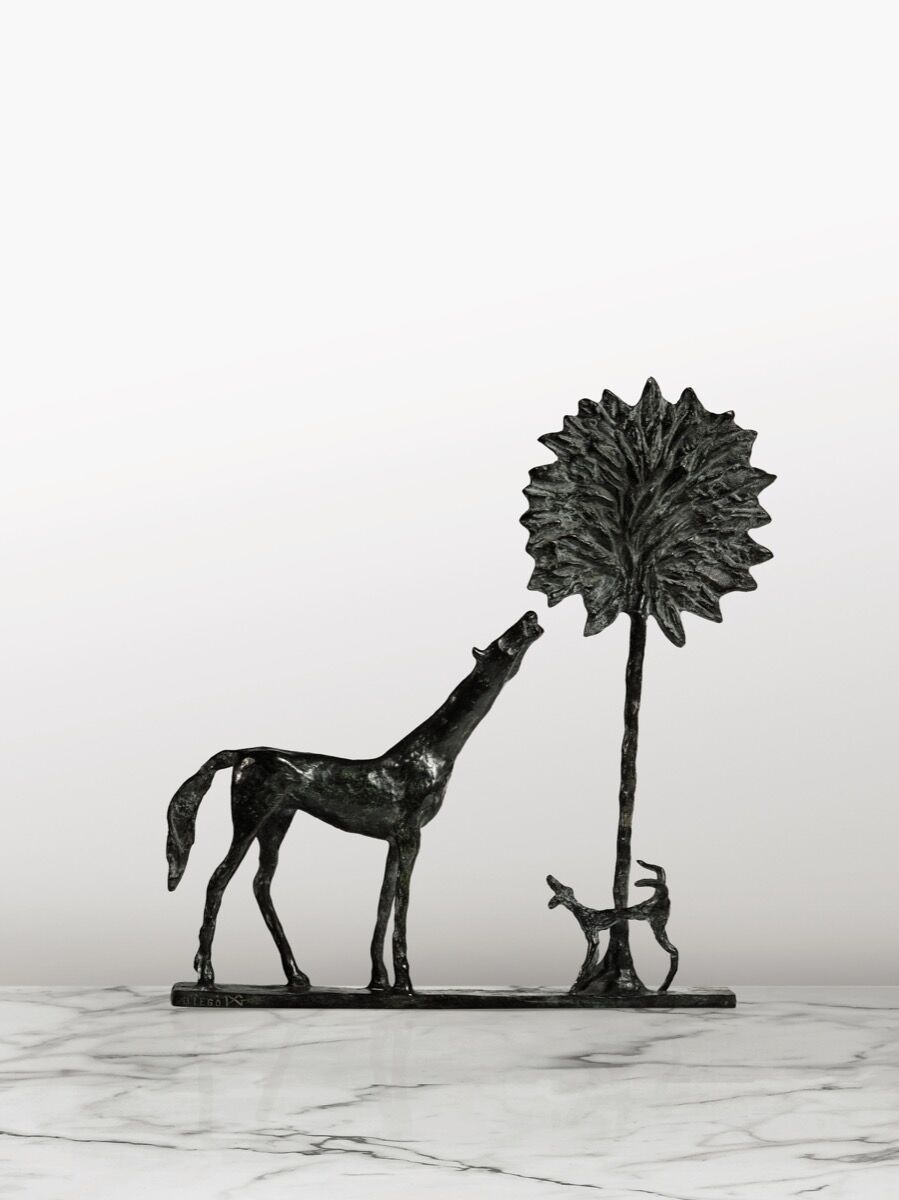 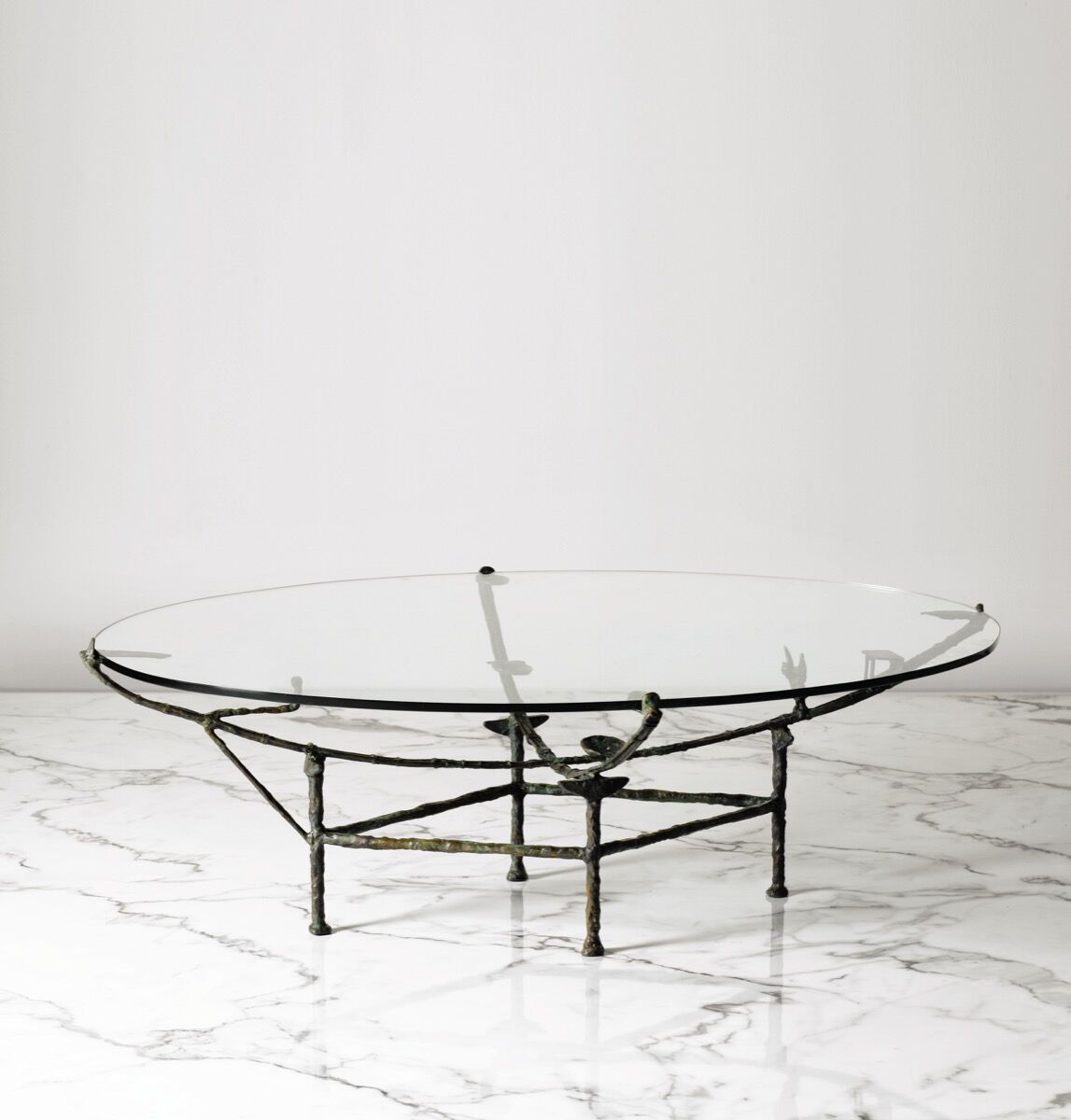 Advertisement
For his part, Diego found creative freedom in working with others. “I like commissions—they’re fertile ground for the imagination, and always inspire me,” he told Architectural Digest in 1983, for a story about his modest Paris home. The Sotheby’s sale includes a number of such creative collaborations, including fantastical pieces like a chair where he replaced a figure of a mouse with a charming chimera to satisfy a client, or a bust of a dog modeled after a patron’s pet, casts of which he used to embellish the four corners of a table.
In the same interview, Diego demurred at the idea of a solo exhibition of his work, which he humbly considered functional above all else. He wouldn’t live to see the first retrospective of his work, a 1986 exhibition at the Musée des Arts Décoratifs, but it would be instrumental in cementing his own legacy as an artist within the world of furniture and decor. He said towards the end of this life, “I like creating useful things, things that serve a purpose.”
Heather Corcoran
Related Stories