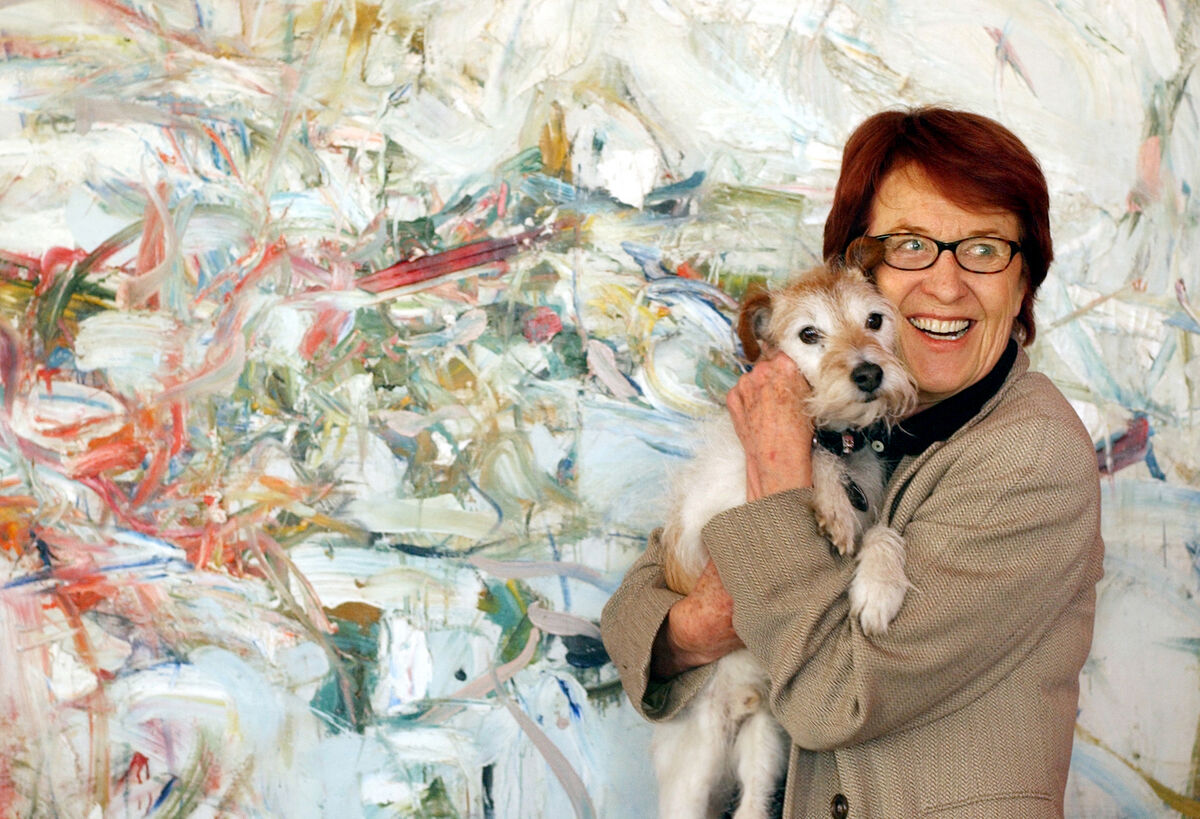 Portrait of Ginny Williams with her pooch, Willie, in front of a Joan Mitchell painting. Photo By Karl Gehring for The Denver Post. Image via Getty Images.

In 1989, collector Ginny Williams visited Robert Miller Gallery to look at a group of photographs by
Robert Mapplethorpe
. Williams was a practicing photographer herself, who exhibited the medium at her eponymous Denver art gallery. While she was checking out the Mapplethorpes, she saw a catalog for the Museum of Modern Art’s 1982–83
Louise Bourgeois
retrospective. Williams became so entranced by the work that she stole the catalog. Over the next few decades, Williams would go on to become the largest private collector of Bourgeois’s work in the United States.
Jerry Gorovoy, Bourgeois’s long-time assistant, recounted this anecdote of benign theft ahead of Sotheby’s major sale of Williams’s collection, a multipart affair that begins on June 29th. A total of 450 works will be on offer, with the entire grouping estimated to earn over $50 million. Female titans of 20th-century American art—including
Lee Krasner
,
Helen Frankenthaler
,
Joan Mitchell
,
Agnes Martin
, and of course Bourgeois—enjoy strong representation among the lots. Williams was, according to Sotheby’s contemporary art specialist and VP, Elizabeth Webb, “keen to hear” from these older female artists who hadn’t enjoyed the critical or market attention they deserved. 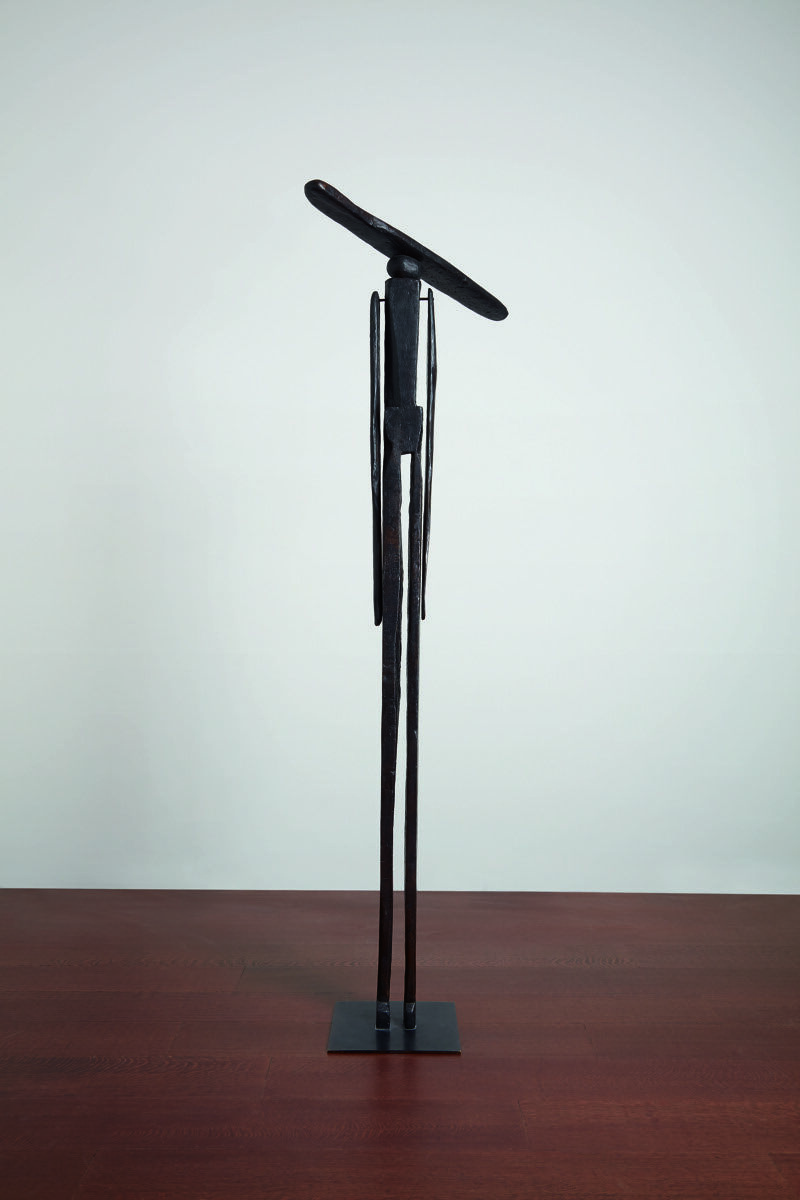 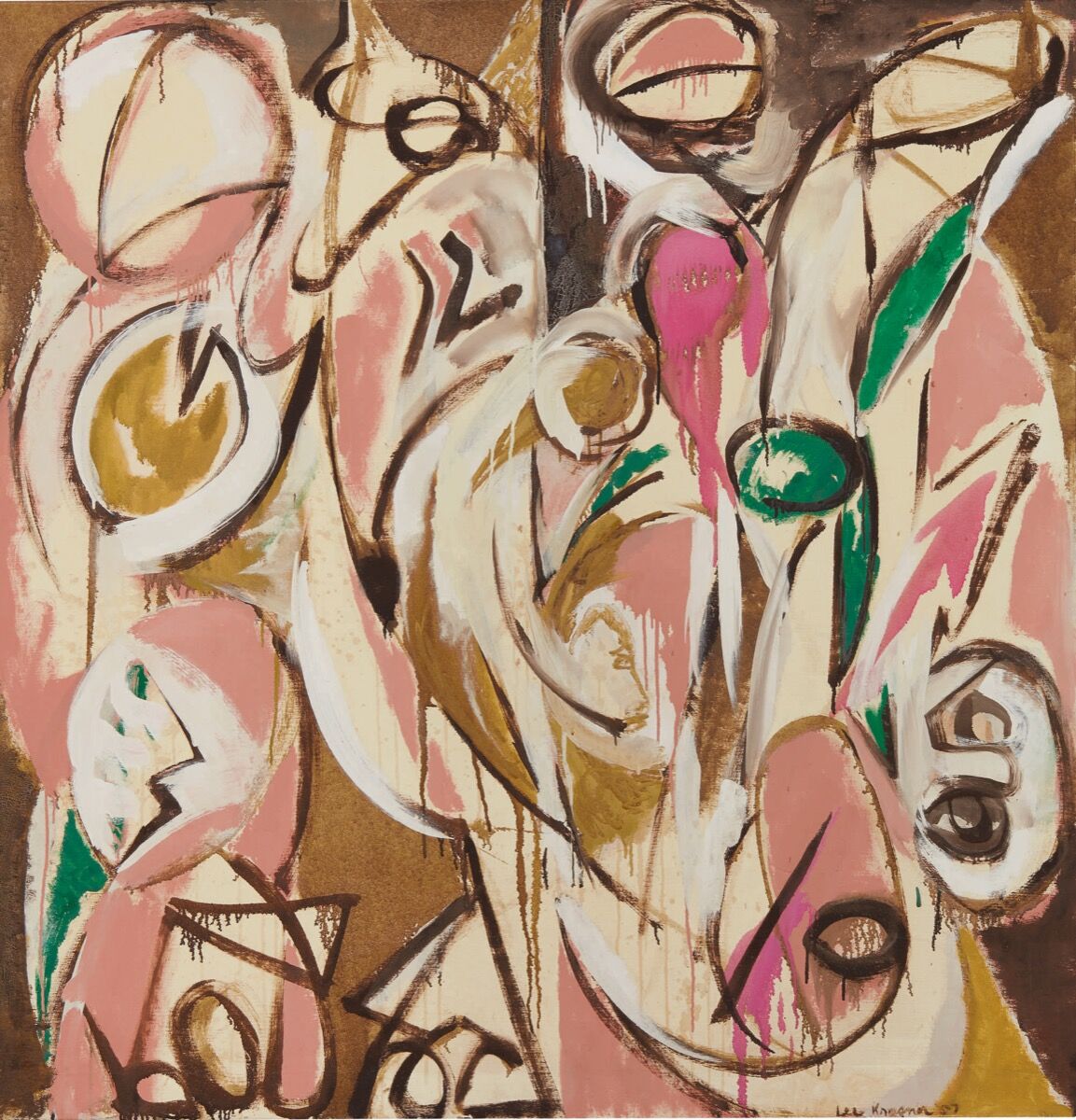 Three top Bourgeois works are on offer during the headlining evening portion of Sotheby’s upcoming sale (12 more are on offer in the June 30th day auction). They include Observer (1947–49, estimated at $1.5 million to $2 million), a lithe bronze sculpture that resembles a smoothed-over
Giacometti
; Untitled (With Growth) (1989, estimated at $1.2 million to $1.8 million), a giant, craggy plinth with finger-like growths emerging from the surface; and Eye Benches I (1996–97, estimated at $800,000 to $1.2 million), which indeed consists of black benches shaped like massive, sultry eyeballs.
Such eccentric work excited Williams, who was a bold, curious figure herself. The collector, who died in 2019 at age 92, developed an appreciation for art later in life. After working as an English teacher in Cheyenne, Wyoming, she settled in Denver with her husband Carl Williams, a pioneer of cable television. In her fifties, Williams went back to school to earn her master’s degree in art history from Colorado Women’s College. She translated her passion into practice as she took her own photographs and opened her gallery (which is still running today as the Ginny Williams Family Foundation) in Denver’s Cherry Creek neighborhood. 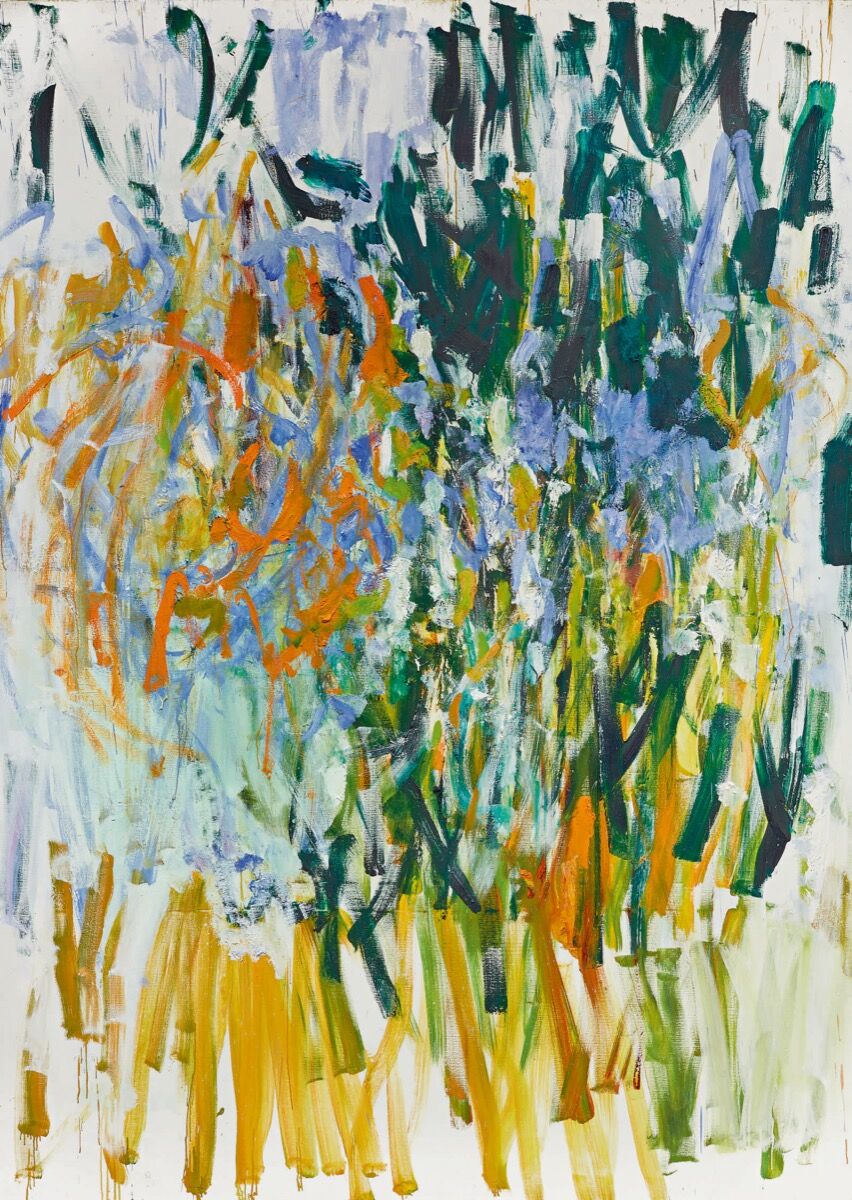 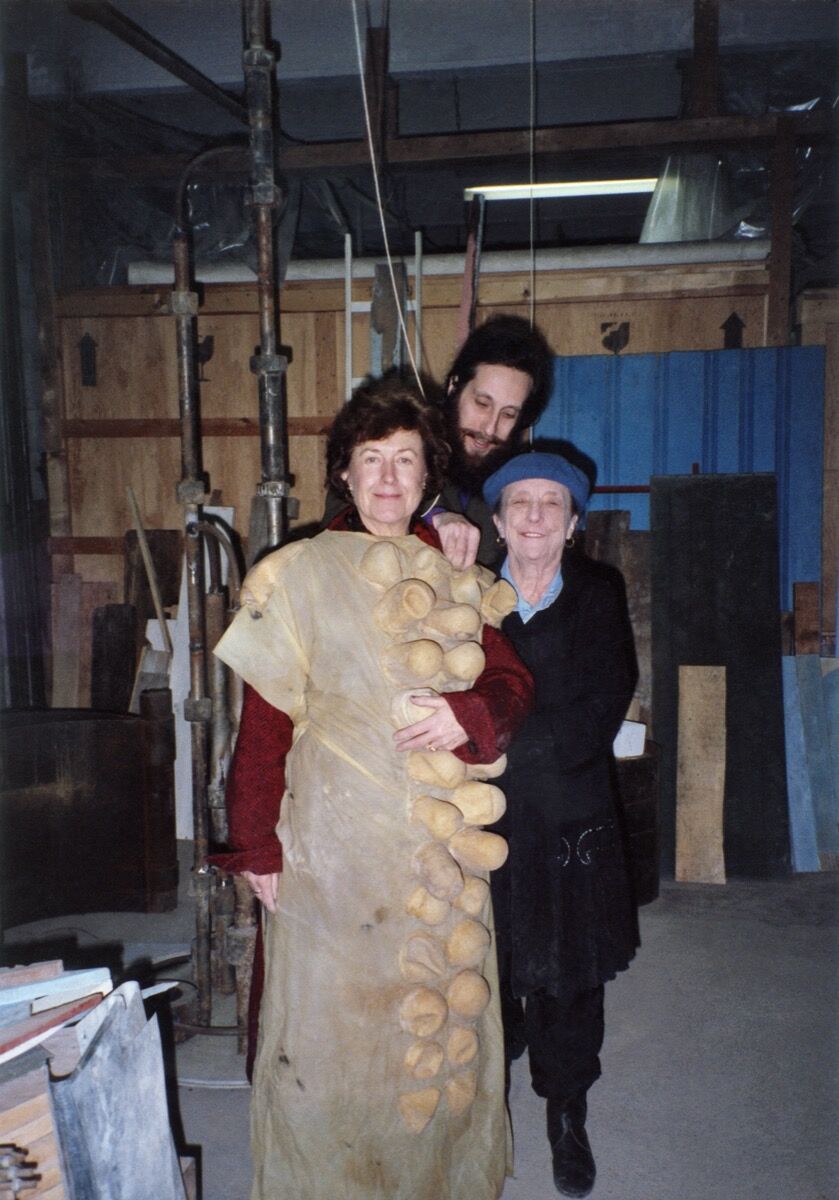 Portrait of Louise Bourgeois with Jerry Gorovoy and Ginny Williams (wearing a latex costume made by Bourgeois) at her Brooklyn Studio in 1991. © The Easton Foundation/Licensed by VAGA at Artists Rights Society (ARS), NY. Courtesy of Louise Bourgeois.

Advertisement
While Williams served on the board of the Denver Art Museum from 1992 through 2001, her philanthropic ambitions grew beyond state borders: She joined the boards of the Hirshhorn and the Guggenheim and made frequent pilgrimages to the East Coast. Robert Lehrman, a Hirshhorn trustee and former board chairman, recently recalled his time working alongside Williams at the institution. He described her interests, skills, and point of view as “a breath of fresh air” for his team. While Williams never shared her philosophies on art collecting or philanthropy with him, Lehrman said “it was nevertheless clear that what she loved about art was the ideas of the artists and their ability to enhance our lives with their creativity.”
Webb added to that sentiment, noting that Williams looked at art as an artist herself. She shared that as a photographer, Williams could “look at a mountain and see a dark triangular shape,” suited to the camera’s frame. “You can understand why
Ellsworth Kelly
was of interest to her—somebody who was also looking into nature and kind of reducing a way of seeing into another visual language,” Webb said. Kelly’s Purple Panel (1986, estimated at $1.5 million to $2 million) will be the sixth lot in Sotheby’s forthcoming sale of Williams’s collection. On July 14th, the house will auction off about 100 photographs from her collection, including works by
Dorothea Lange
,
Berenice Abbott
,
Laura Gilpin
,
Diane Arbus
,
Margaret Bourke-White
, and
Ruth Bernhard
. 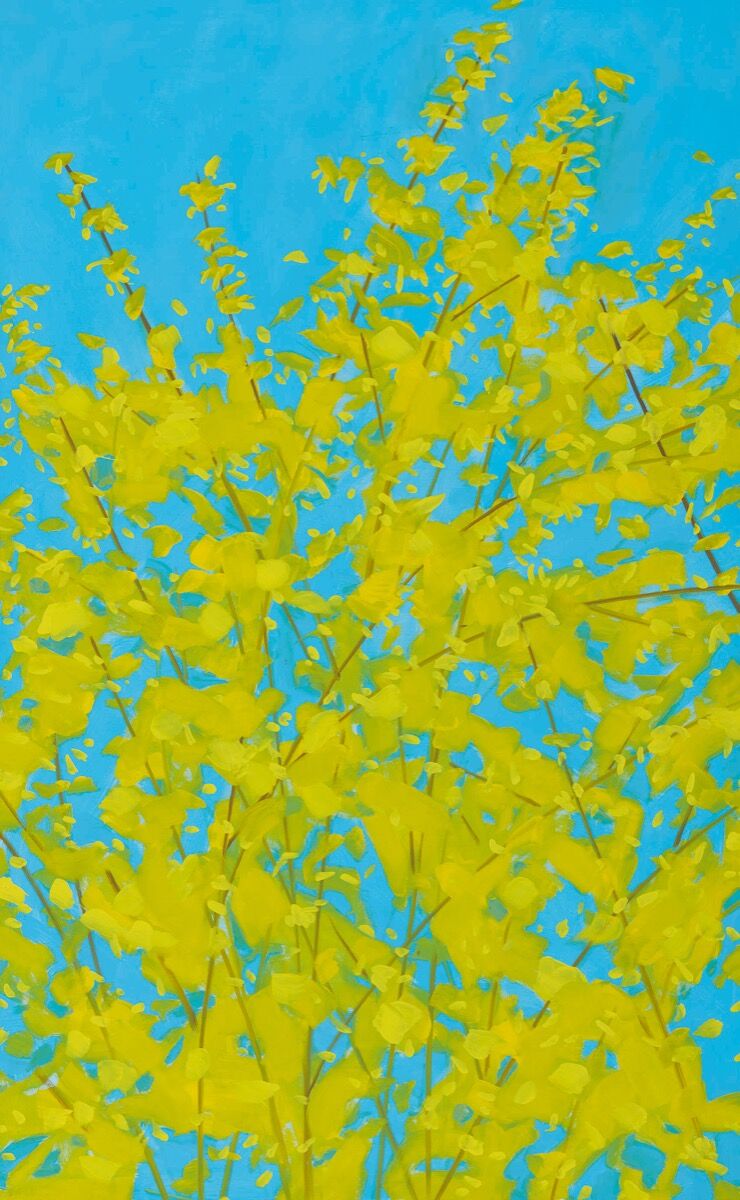 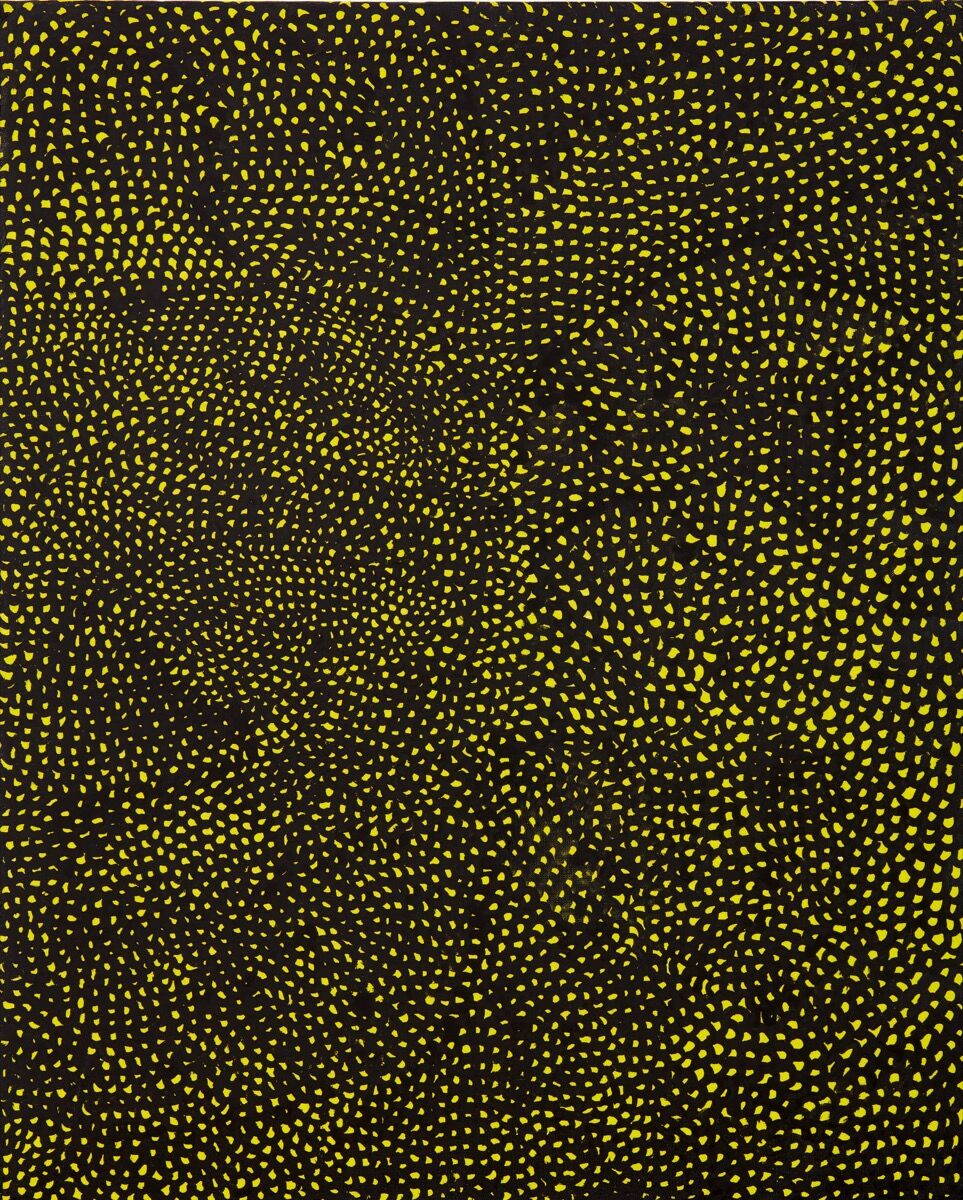 If many artists intrigued Williams, it’s clear that Bourgeois enchanted her on a different level. Gorovoy recalled how Williams visited the artist’s Brooklyn studio each time she came to New York. The trio even spent a Thanksgiving together, during which Bourgeois ripped off the turkey legs with her bare hands. Gorovoy believes a certain fortitude drew Williams and Bourgeois together. At the time Williams met the artist, he remembered, the collector had just divorced. “I think she was interested in Louise’s story about her relation to her own father, her own family life,” said Gorovoy. He believes Williams “saw herself in terms of the struggle but also in the determination of Louise’s strength.”
Gorovoy and Williams became close, too, frequently traveling together. By the time they met, Bourgeois was no longer installing her own shows, so the duo would work together to set up presentations in galleries from Colombia to Norway to Japan. Williams loved exhibitions and crates. “Ginny was unique, quirky,” said Gorovoy. “You say go left, she goes right. If you said ‘be here at eight,’ she’d show up at nine. She had an impulse to do exactly what she wanted.” 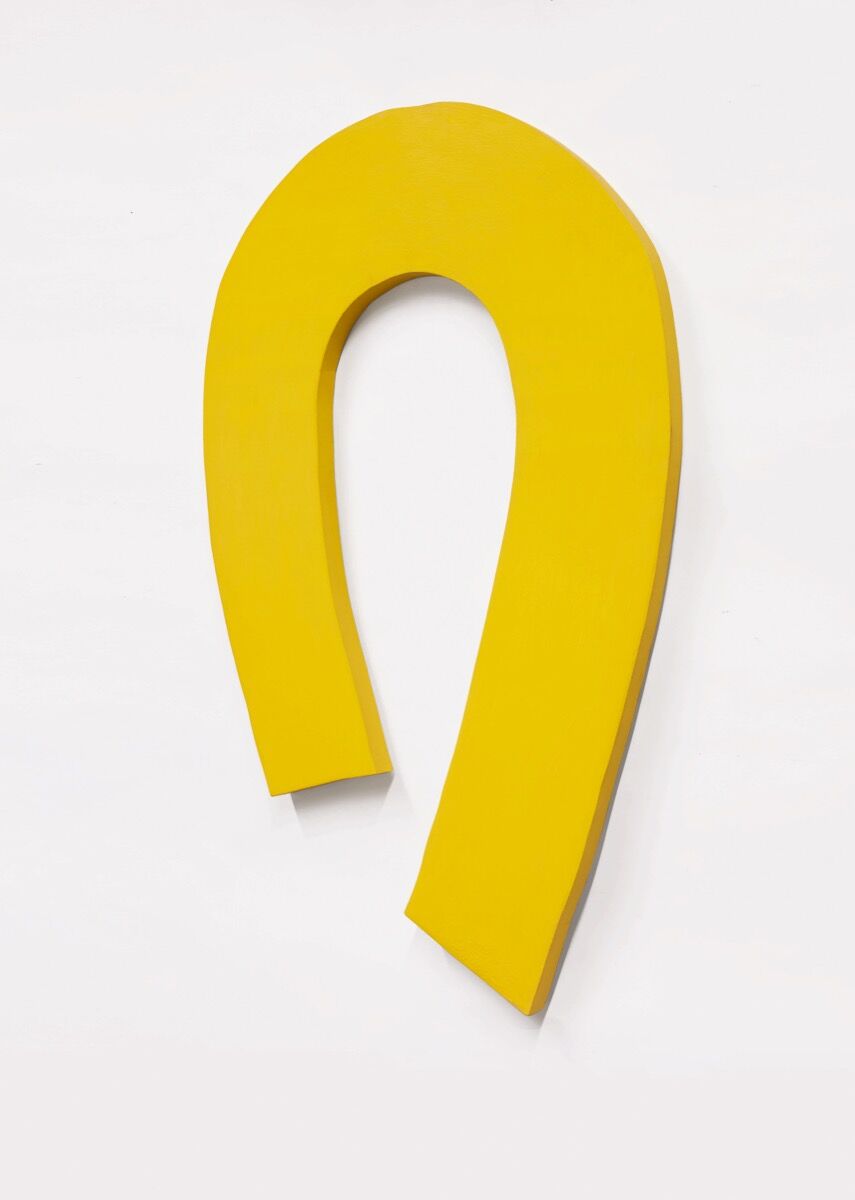 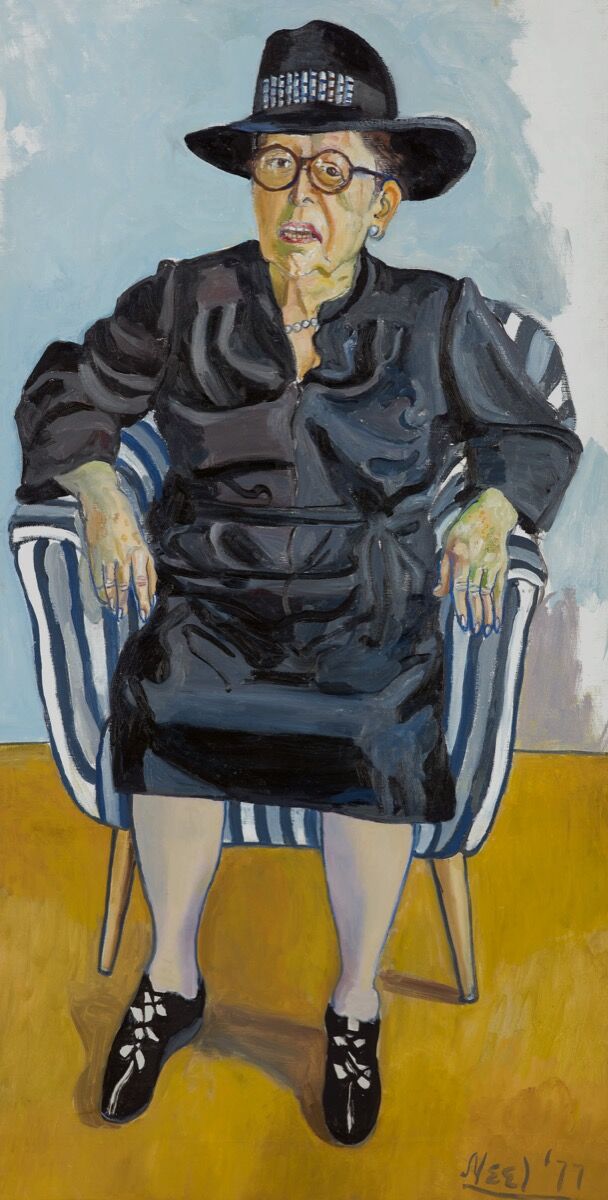 Williams’s art-buying impulses also led her to purchase an
Alice Neel
painting with a subject who sounds like an appropriate proxy for the collector herself. Lilly Brody (1977, estimated at $500,000 to $700,000) features an older woman, dressed in a chic black dress and wide-brimmed hat, who plants her legs in a firm, wide-legged stance and boldly meets the viewer’s gaze. According to Sotheby’s lot description, “Brody had a unique personal aesthetic that swiftly became her calling card.”
Brody, in fact, was a respected artist whose work ended up in institutional collections including the Museum of Modern Art and the Whitney Museum of American Art. She used her own wealth to support the art world, at one point paying the rent for Richard Bellamy’s Green Gallery for about a year. For women such as Brody and Williams, cultural philanthropy wasn’t about writing checks—art was a way of life.
Alina Cohen
Related Stories