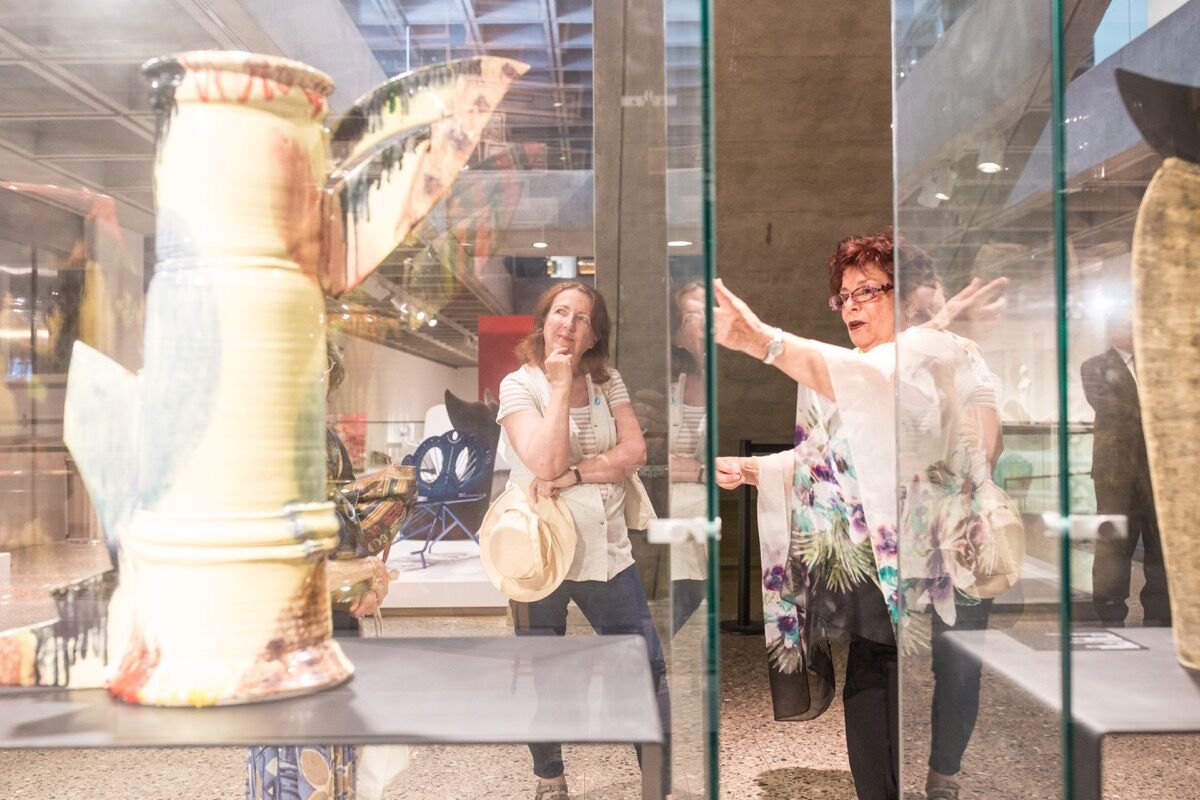 Fifty years ago, a doctor might have told you to run up and down the steps of the Philadelphia Museum of Art, à la Rocky, because new research showed that a little exercise was the key to good health. Though it’s common practice now for doctors to prescribe exercise, it might’ve sounded strange at the time. What if the same happened with art? What if today, your doctor told you that after running up those museum steps, you should also spend some time perusing the galleries?
Such is the hope of Nathalie Bondil, director of the Montreal Museum of Fine Arts (MMFA). “For me, it’s always been very obvious, the impact of culture in our lives,” she said. “It will be as important in the 21st century as it was for sports and physical exercise one century ago.” This past November, the MMFA launched a year-long pilot program of doctor-prescribed museum visits. The program allows for doctors who are members of Médecins francophones du Canada to prescribe up to 50 visits to their patients; one prescription covers museum admission for two adults and two children.
For an art museum, the MMFA is exceptional in its commitment to health sciences. Last year, it created an Art and Health Advisory Committee to facilitate research studies in collaboration with medical professionals. According to Dr. Rémi Quirion, who is chairman of the committee and Quebec’s chief scientist, those studies inspired MMFA’s prescription visits initiative. In one study, a local psychiatric hospital working with young women with anorexia found that group visits to the museum, followed by painting sessions, helped socialize the women and gave them new tools to communicate. Another study linked to the museum looked at how heart attack survivors, who often struggle with depression (due to the changes in blood chemistry and hormones caused by cardiac arrest), demonstrated lower levels of anxiety and depression after a museum visit and an art workshop.
And the research goes on: A trip to the museum has been shown to help people with anything from shortness of breath to dementia. Like exercise, exposure to the arts reaches parts of our being that conventional medicine doesn’t prioritize. These new initiatives recognize that attached to the hearts, lungs, and brains that our doctors test, poke, and prod is a whole person. 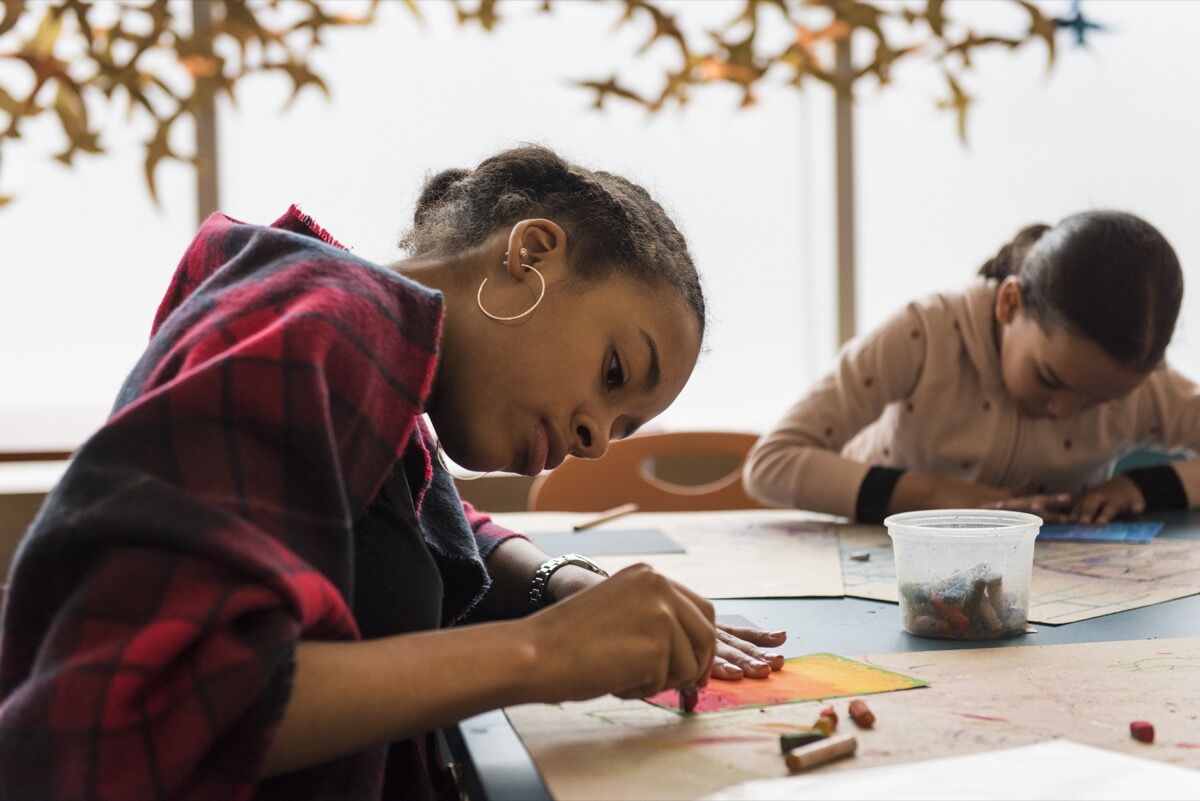 For over a decade, London-based professor Helen Chatterjee has been researching ways that museums can better serve their communities, and, in turn, how communities (particularly doctors) can take full advantage of museum resources. “A lot of standard interventions that have been through clinical trials just don’t work,” Chatterjee said over the phone. “So, we need to think about this whole-person-centered approach.”
Doctor-prescribed museum visits fall into a broader category of treatments known in the U.K. as “complex non-clinical interventions,” Chatterjee explained. These interventions go beyond the basics of medicine, encompassing activities that engage with patients on deeper physical, psychological, cognitive, and emotional levels. Additionally, she noted, they lead people to engage in complex problem solving.
There’s new evidence, Chatterjee added, that shows that such multi-sensory and complex cognitive activities are even more beneficial when they involve emotional engagement. In other words, if you’re going to a museum and looking at a piece by
Andy Warhol
, thinking about that Warhol is that much more rewarding when you’re enjoying it.
But to enjoy the Warhol, you have to care about it. To art lovers, it might not even be surprising to hear that there is research to prove that a trip to the museum can be good for your health. But the art-averse may be skeptical. Like walking instead of Ubering, and drinking soy instead of cow’s milk, museum-going is part of what we picture to be a happy and healthy metropolitan lifestyle—accessible only to a select few.
After shuttering her private practice in rural Puerto Rico, my mother moved to rural Iowa to continue practicing hematology and oncology. Both Chatterjee and Bondil listed cancer patients as prime candidates for doctor-prescribed museum visits, as they can help patients with everything from processing their diagnoses to learning about pain management. I called my mom to ask what she would do if she could prescribe museum visits to her cancer patients. From her Iowa apartment overlooking a cornfield, she told me, laughing: “I don’t think that would be of any use for us out here!” 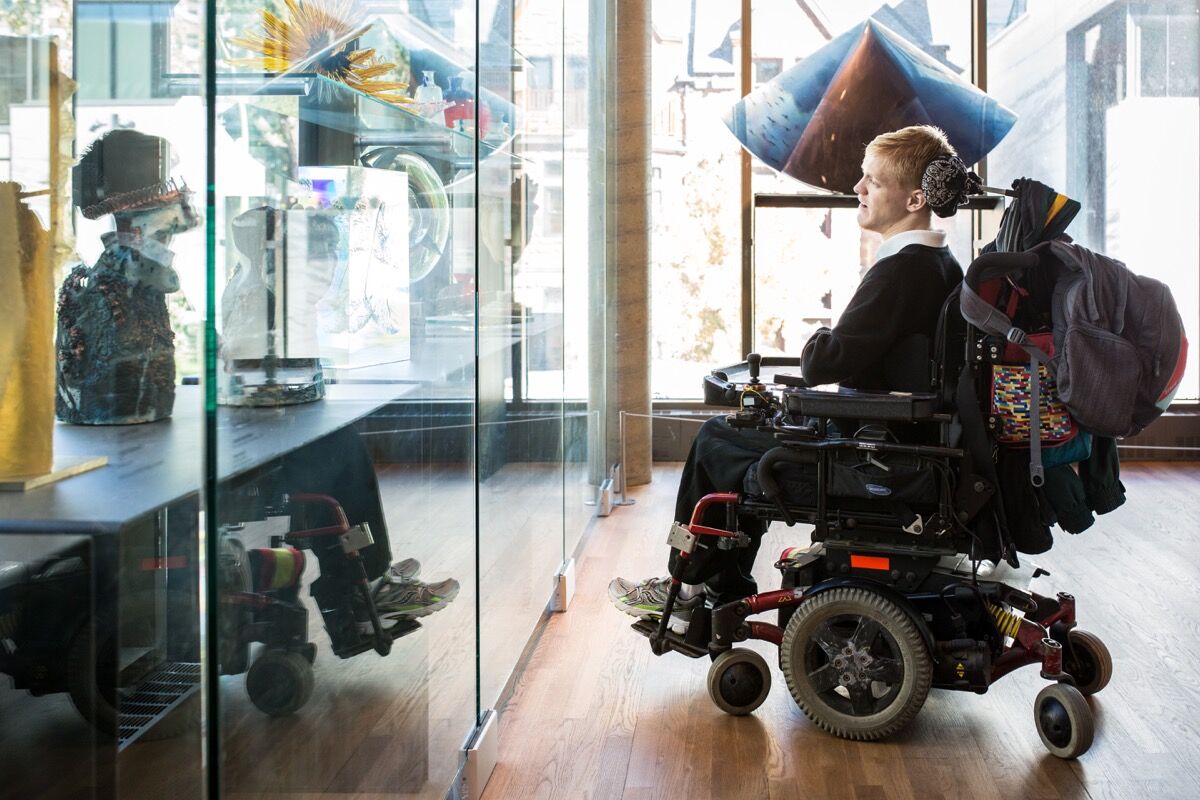 Photo by Mikaël Theimer (MLK). Courtesy of the Montréal Museum of Fine Arts.

Advertisement
Dr. Quirion acknowledged that accessibility is definitely an issue, even in Montreal, where the MMFA is out of range for residents of its semi-rural suburbs. Part of the pilot program’s purpose is to learn how to scale the initiative and reach more people. Dr. Quirion’s hope is that new technology will facilitate remotely guided visits. Bondil’s hopes are loftier still: “In one year, we’d be able to study the impact of museum prescription, and we will see how to spread it in other countries,” she said.
Chatterjee travels all over Europe helping local art museums become involved in scientific research (which often comes with a deeper well of funding opportunities). “The challenge is what is available in people’s communities, and putting them to best use,” she explained. Having seen how the urban-rural divide is cross-cut with more insidious accessibility issues tied to class, she noted that “it always comes back to the ethics of: Why should only privileged people be able to access the arts?”
In fact, when discussing the study that looked into how cardiac arrest survivors with depression responded to a museum visit and painting session, Dr. Quirion acknowledged that while some patients showed lower levels of anxiety after their museum visit, others “became more anxious, probably because they felt they were not up to par.”
The success of a doctor-prescribed museum visit rests on how accessible art feels—not only to the patients, but to those with the prescription pads. Another challenging divide is the one that places the sciences and the humanities on opposite ends of an imagined academic spectrum. The reluctance goes both ways.
On the clinicians’ end, “they don’t understand non-clinical interventions because they’re not taught them in medical school,” Chatterjee explained. Dr. Quirion, a neuroscientist himself, noted that in the museum visits, “you have a new strategy, so opening the minds of the clinicians, even if it’s only a small percentage, would already be a win.”
Just as some doctors will need convincing, the board of the MMFA also needed some persuasion. Bondil had to show the board that making the museum available to researchers was as important an effort as conservation, publications, and exhibitions. The museum prescription, she said, is in itself a powerful symbol—that anyone can imagine being at the doctor and having this treatment option.
The prospect of doctor-prescribed museum visits sheds light on a host of issues that have long kept the general public away from the arts, and the arts away from the sciences. A future where art-based activities are as commonly recommended as exercise is a future in which doctors and clinicians trust and believe in the power of art to heal. Going to museums and galleries would be less of a socio-cultural hurdle, as visitors would feel that the art is theirs to enjoy. It’s a world in which local patients happily jaunt up the steps of the Philadelphia Museum of Art and into the galleries, only to ecstatically fist-bump when they reach the
Monet
.
“This new vision,” Bondil concluded, “will rethink the impact of culture beyond scholarship and artistry, and the museum will be a platform for wellbeing in our society.”
Michelle Santiago Cortés
Related Stories

At This L.A. Doctor’s New Gallery, Art Is Medicine 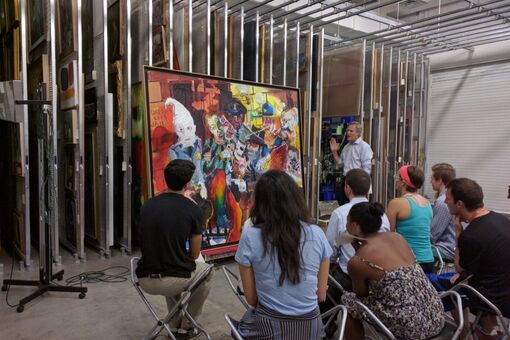 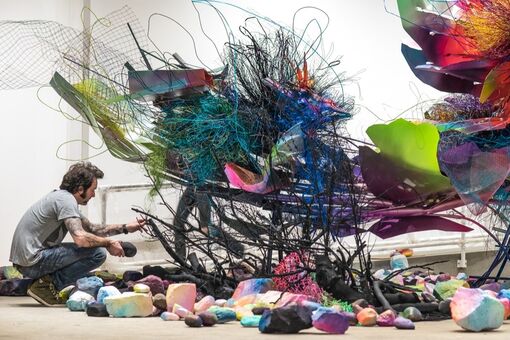 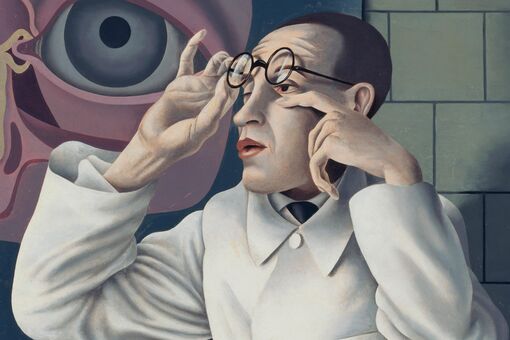 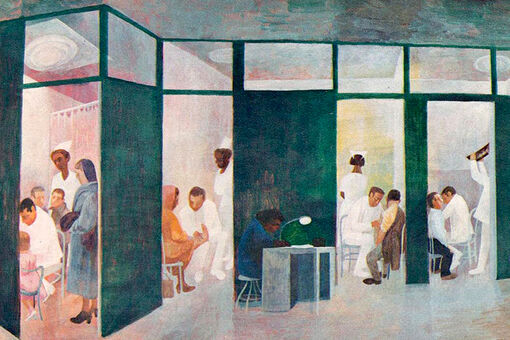 Why Your Doctor May Be Prescribing Art Classes in the Future
Casey Lesser
Sep 19, 2018