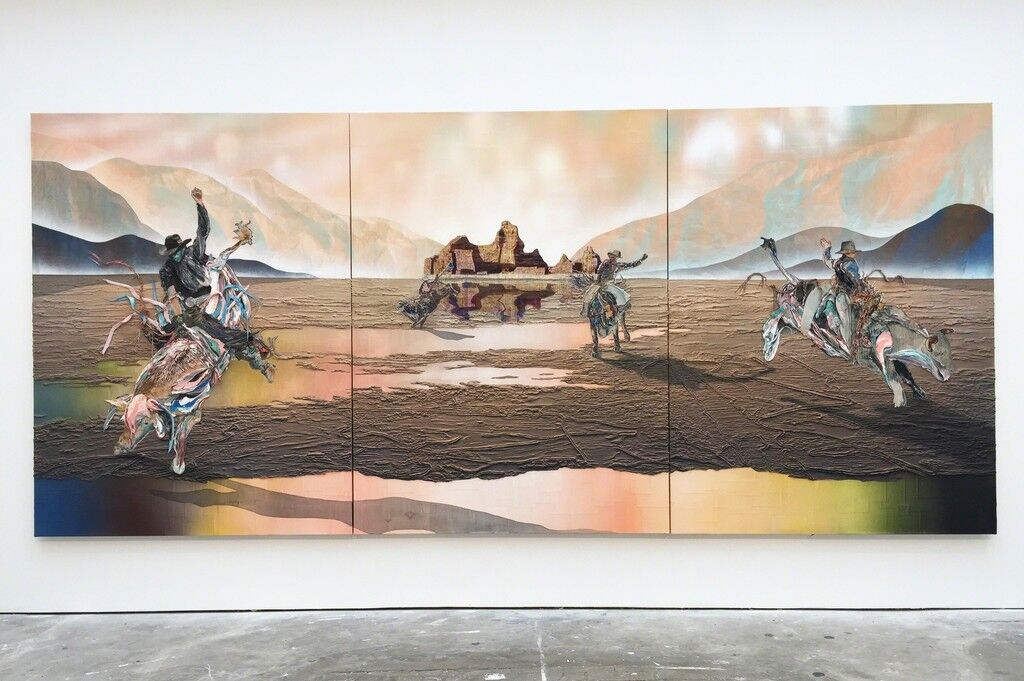 Gordon Cheung
The Abyss Stares Back, 2015
Edel Assanti
Currently featured in the critically acclaimed Azerbaijani pavilion at the Venice Biennial,
Gordon Cheung
has been solidifying his reputation as an important contemporary artist over the past few years. He is known best for capturing a dystopian society on the brink of collapse with a distinct approach to the medium of painting. For his second solo show at Edel Assanti, “The Abyss Stares Back,” the London-based, Royal College of Art alum meditates on the tensions between civilization and conquest in the digital age. His new paintings, imagined landscapes and still lifes that are richly layered both physically and conceptually, manifest the familiar adage, “history repeats itself,” while picturing an apocalyptic world punctuated by political issues of the present. 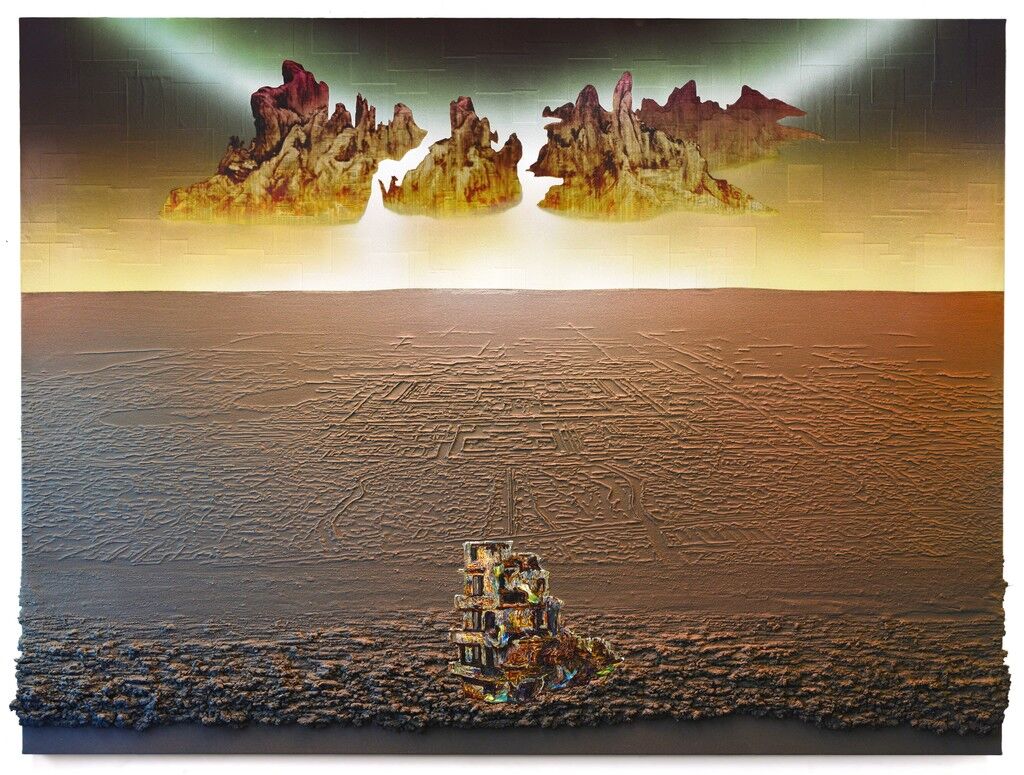 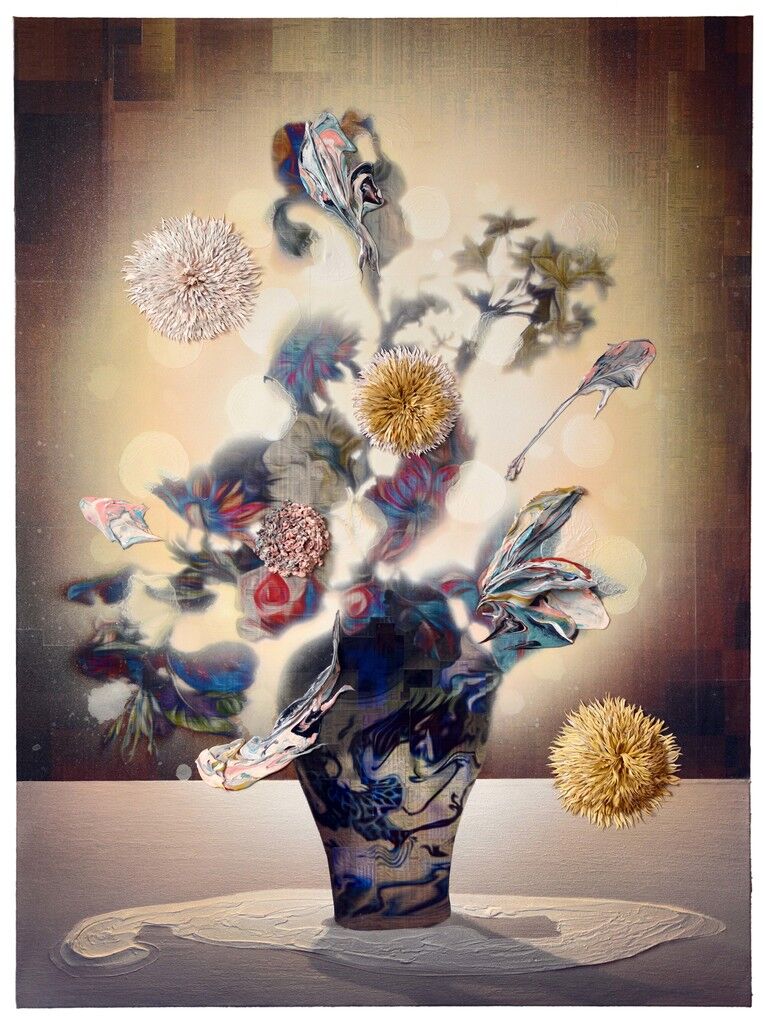 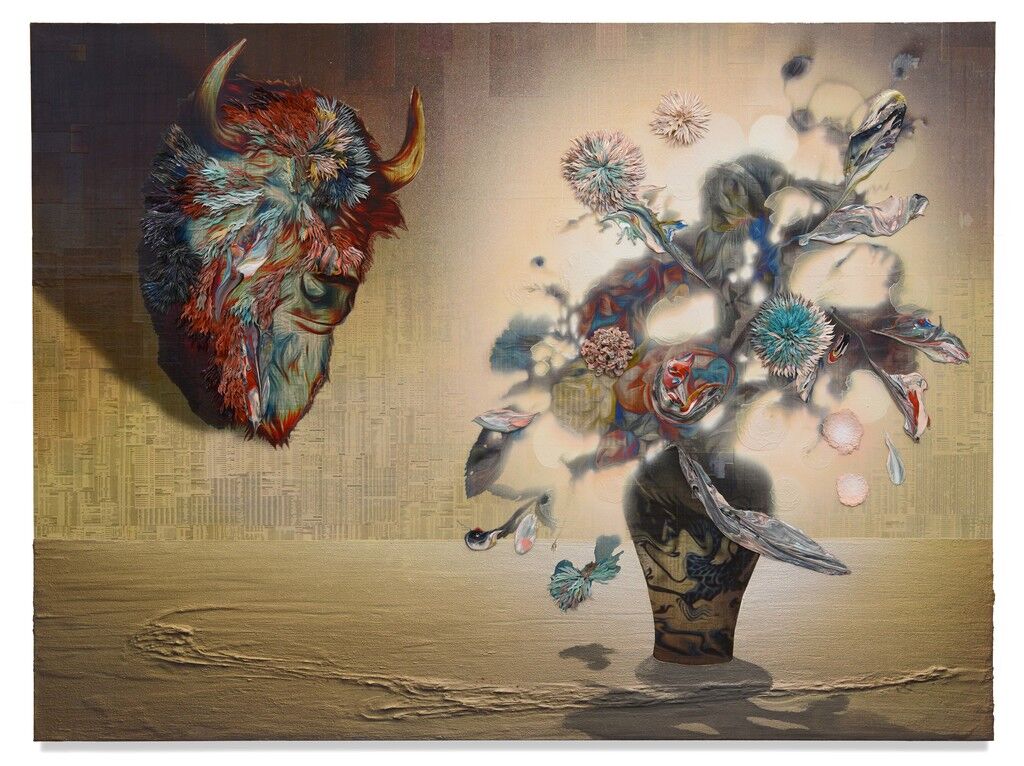 Gordon Cheung
Still Life (TBT), 2015
Edel Assanti
Advertisement
Inspired by current political conflicts, the works specifically target issues pertaining to world powers. In one painting, Cheung conjures a maze-like arrangement by mixing paint and sand, recalling the ancient Nazca lines in Peru and recalling sci-fi’s fascination with the dawn of ancient civilizations. However, the lines map out an aerial view of the Guantanamo Bay detention camp, perhaps offering up the notorious, disreputable prison as the premise for an end-of-the-world scenario. Other works make references to Chinese land and residential disputes and arms manufacturing. 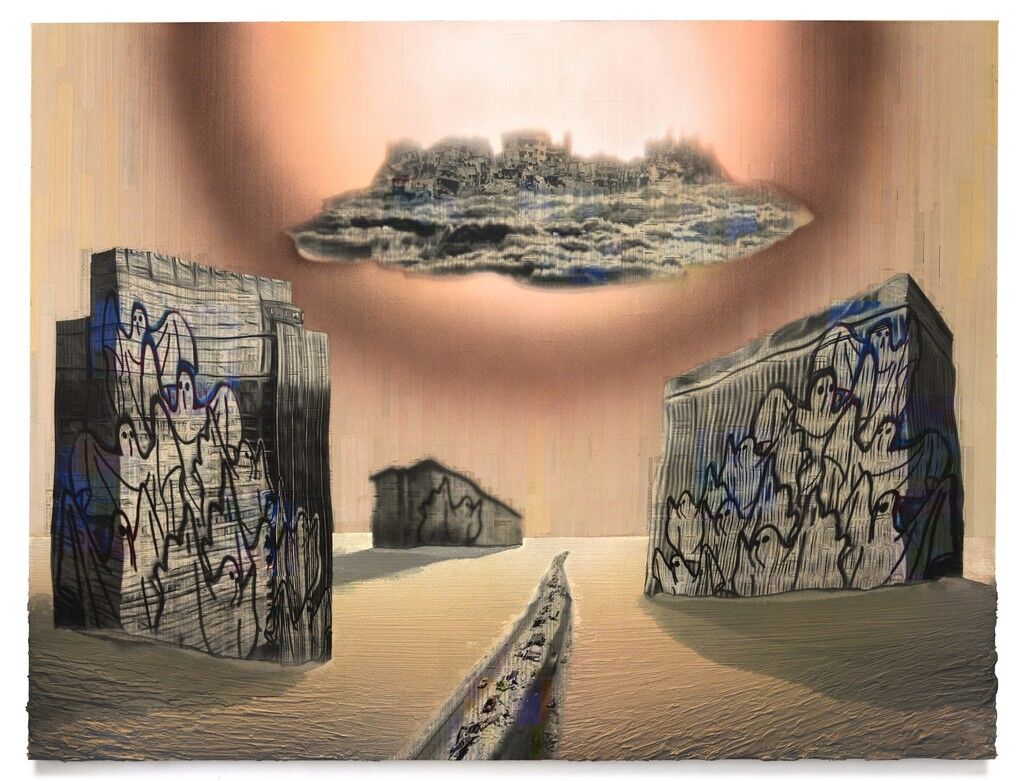 Gordon Cheung
Highway of Terror!!, 2015
Edel Assanti
Cheung’s geopolitical dystopia is meant to denounce the neoliberal West and foreshadow its demise. He pictures a skewed political system that has conquered and ingrained itself so fully into life that it forms the very bedrock for cities, deserts, mountains, and civilizations. Perversely haunting the scenes are loaded motifs like American cowboys and ghosts appropriated from Scooby-Doo cartoons— symbols meant to invoke paranoia and politics.
What “stares back” in Cheung’s works, more than anything, is a reflection of our collective anxieties. While these scenes are grounded in salient political issues, it is Cheung’s ability to realize masterful, lucid visions of a sci-fi dystopia that resonate most with the viewer.
—Jeppe Ugelvig
“The Abyss Stares Back” is on view at Edel Assanti, London, Oct. 9–Nov. 21, 2015.
Related Stories