Taking Your Grandparents to Museums Could Improve Their Health There’s good news for senior citizens with museum memberships: Research published last week by the National Endowment for the Arts (NEA) found that “older adults” who attended cultural events, from museum exhibitions to the opera, reported better mental and physical health than those who did not.
While previous research has mainly focused on the relationship between art creation and health, “Staying Engaged: Health Patterns of Older Americans Who Participate in the Arts” looked at both art creation and attendance. Compiled by Drs. Kumar B. Rajan and Rekha S. Rajan, the study utilized 15 years of health data from 1,498 adults over the age of 55, comparing their wellbeing to those same adults’ self-reported levels of arts participation in 2014.
The pair found that those who both created as well as attended art “reported better health outcomes that year (lower rates of hypertension and greater cognitive and physical functioning) than did adults who neither created nor attended art.” Adults who either created art or attended exhibitions also “experienced slower rates of decline in cognitive and physical functioning over the last decade, and less growth in hypertension, compared with other older adults.” 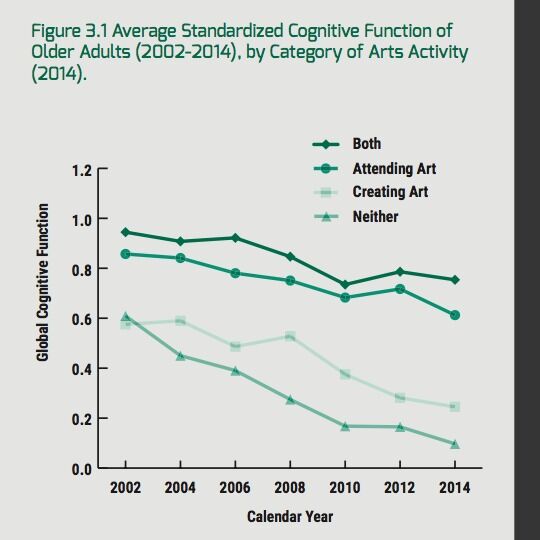 Graph from Staying Engaged: Health Patterns of Older Americans Who Participate in the Arts, published by the National Endowment for the Arts, September 2017. Courtesy of the NEA. 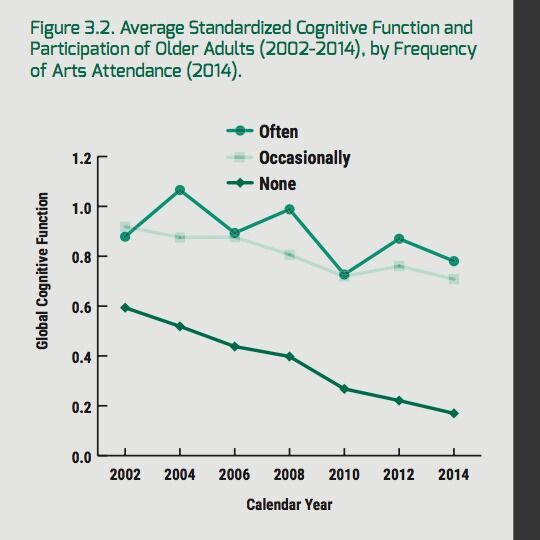 Graph from Staying Engaged: Health Patterns of Older Americans Who Participate in the Arts, published by the National Endowment for the Arts, September 2017. Courtesy of the NEA.

The report stresses, however, that the link between art attendance and better health outcomes does not mean that art attendance causes those outcomes, but rather that there is a correlation between the two.
Surprisingly, the study found that adults who reported only attending cultural activities, from those related to art to theater to film, had levels of overall wellbeing similar or close to those who attended cultural events and created art.
To reach that conclusion, the authors used 2014 data from the government-administered Health and Retirement Study’s new Culture and Arts module. The pair broke respondents down into three groups: those who attended art exhibitions, those who created art, and those who both created and attended art. They compared these cohorts with respondents who did no art-related activity at all.
To assess health, the study looked at the “measurable outcomes” of cognitive function, physical ability, and cardiovascular health. Cognitive health was measured by self-reported memory and functioning, whereas physical ability was gauged in terms of limitations in daily activity, and cardiovascular health on self-reported hypertension or high blood pressure.
Simply identifying with positive statements about appreciating or enjoying art was also correlated with lower hypertension rates, lower physical disability, and increased cognitive function overall. Appreciating the arts was also linked to a slower rate of decline in all three areas. In terms of attitudes towards art, Rekha Rajan said that there was value even for participants who simply reported that they appreciated the arts or just saw them as important. 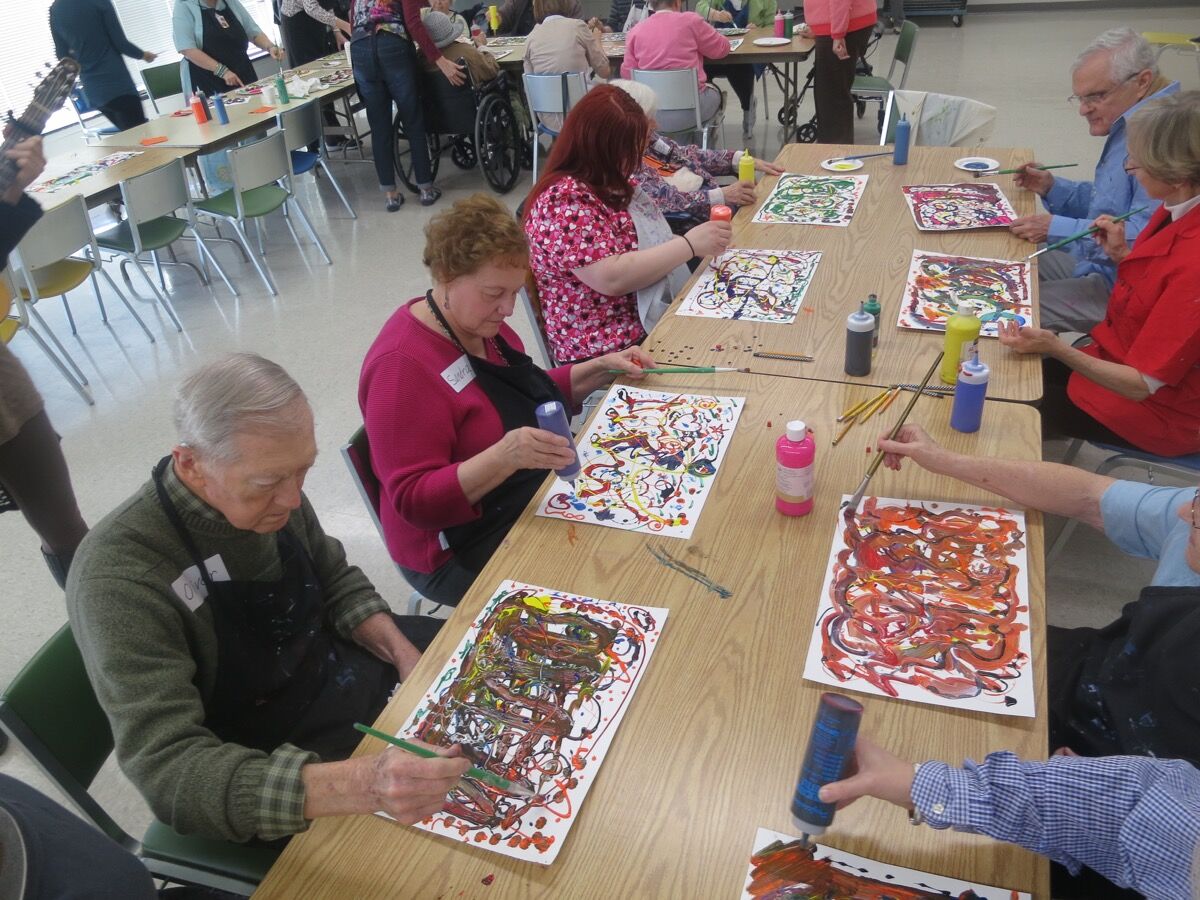 Advertisement
The frequency with which older adults make or attend art may also be a factor. “The more often they do these activities and the more various kinds of activities they do seems to correlate with a healthier profile than those who do a limited number of those activities,” said Sunil Iyengar, director of the Office of Research & Analysis for the NEA. “So that suggests that intensity or dosage of arts participations seems to be associated with these benefits.”
He conceded, however, that something of a chicken and egg situation may be at play. “Is it that healthy people engage with the arts more? Or is it that adults that engage in the arts seem to have the healthiest outcomes?” he mused. The answer “is probably a little of both,” he noted. “In fact, there seems to be mutually reinforcing benefit.”
The Rajans’ work comes amid growing literature on the potential health benefits associated with artmaking in both therapeutic and non-therapeutic settings. According to Iyengar, the body of research (much of it produced by the NEA) has found a variety of benefits associated with art creation for adults who make art or take art lessons. “When they engage with the arts,” Iyengar explained, “you tended to see such things as even reduced hospital stays for older adults.”
That simple audience attendance is also positively linked with health benefits is particularly notable, however, following a recent survey which found that older adults have constituted the only demographic with increasing rates of art attendance over the last decade.
While increasing attendance has spurred an interest in creating and expanding opportunities for older members of society to create and attend art, Rajan pointed to a major barrier to entry. “How can we expect adults to be able to participate in these experiences if they’re from a lower socio-economic status or just don’t have access?” she said.
For those with physical limitations or cognitive disability, lack of access or perceived lack of access to arts venues often stymie potential benefits. Previous research from the NEA cited only seven percent of disabled adults had attended a museum or other live arts event in 2012.
Both Iyengar and Rajan confirmed that access presents a formidable obstacle, but not necessarily one without a solution. Part of the solution lies in “making people aware that these opportunities are there for them,” Rajan explained.
Both Iyengar and Rajan also urged that while the research included a large and diverse swath of the population, more information and research over time is needed to discern a causation between art and better health. Iyengar emphasized that the NEA’s “descriptive findings” require substantiation by more research.
Ilana Herzig
Related Stories 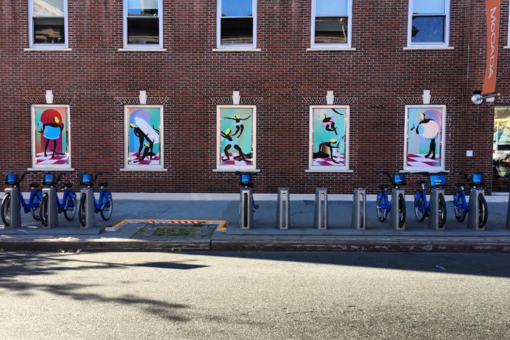 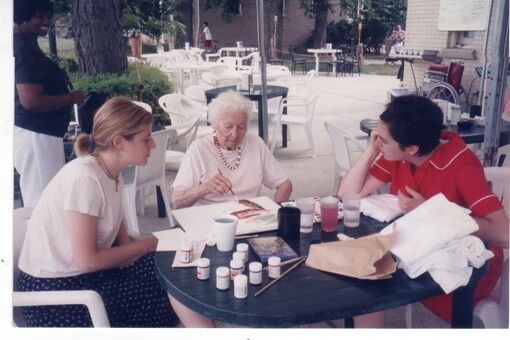