Greek Tragedies Retold through the “Bad Paintings” of Charles Garabedian 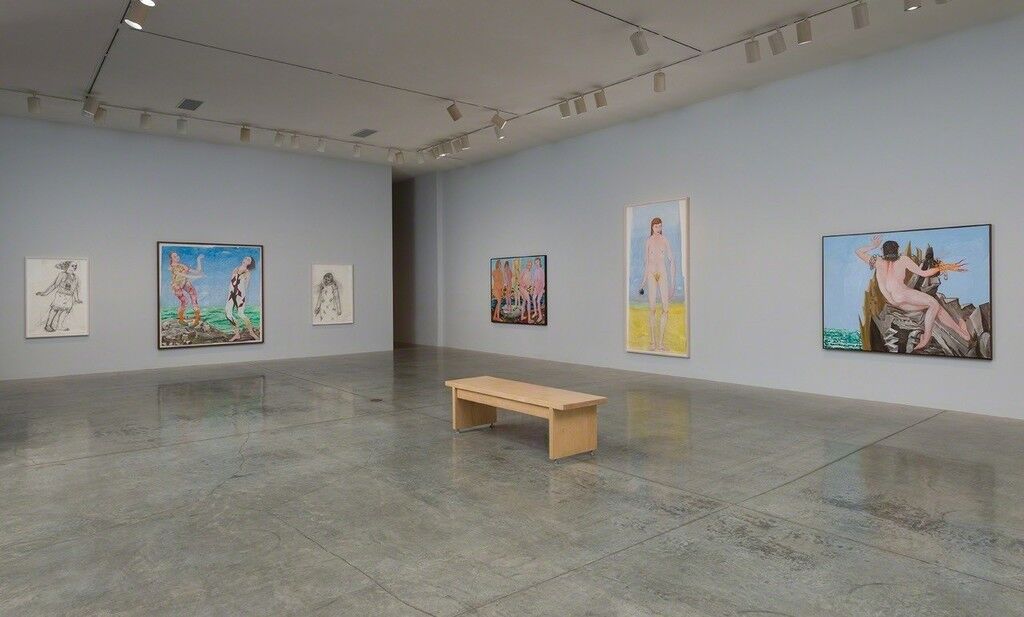 In deceptively cheery colors, 91-year-old artist
Charles Garabedian
reimagines famous tales of woe from classical mythology, where murder, torture, and madness abound. “Sacrifice for the Fleet,” now at L.A. Louver, hosts a series of new and recent works born from the artist’s fascination with Greek literature, Biblical texts, and Armenian manuscripts (he is the son of Armenian refugees). A proponent of so-called “
Bad Painting
,” Garabedian’s paintings possess an illustrative quality, with raw figuration and garish hues. 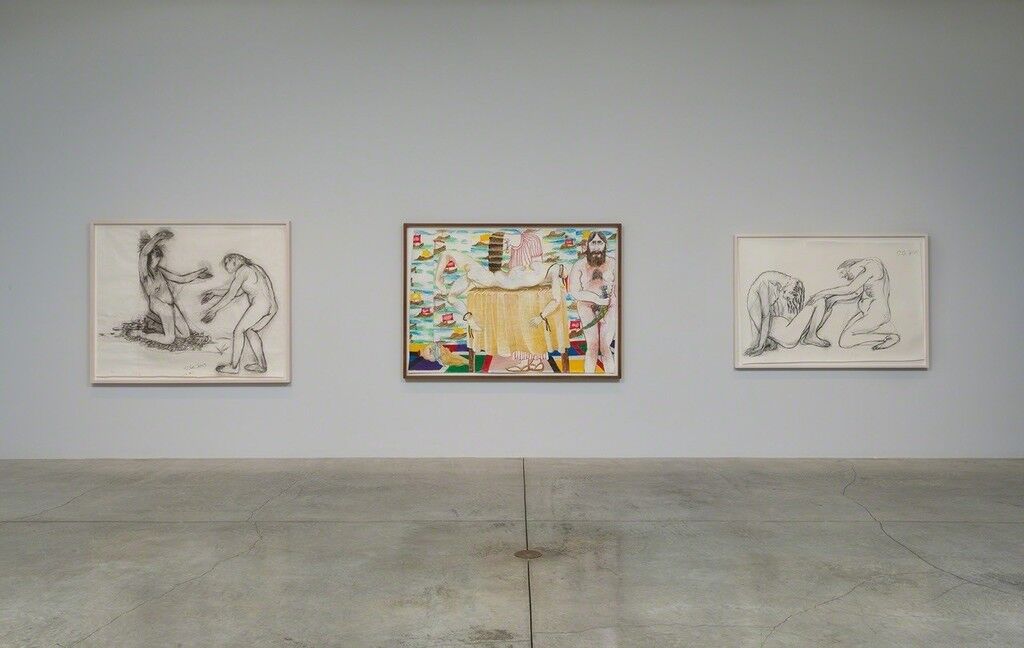 Working in acrylic and oil, and with a distinct L.A. vibe, Garabedian brings to life dramatic moments from the timeless plays of Euripides, Sophocles, and Homer. Sacrifice for the Fleet (2014) presents the tragic demise of Iphigenia, as originally told by Euripides, who was perhaps the first casualty of the Trojan War. Her father, King Agamemnon, was driven to sacrifice the young woman to the gods in the hope that it would bring him and his fellow Greek warriors fair weather on their voyage to Troy. In Garabedian’s retelling, Agamemnon faces the viewer, knees knocking together as if sheepishly aware of the criminality of his act, while his wife, Clytemnestra, shrouds her face with her cascading hair. The fleshy corpse of Iphigenia continues to writhe on the sacrificial “altar,” here a sort of dinner table, as her golden-haired head rolls away on the kitschy,
Mondrian
-esque carpet. 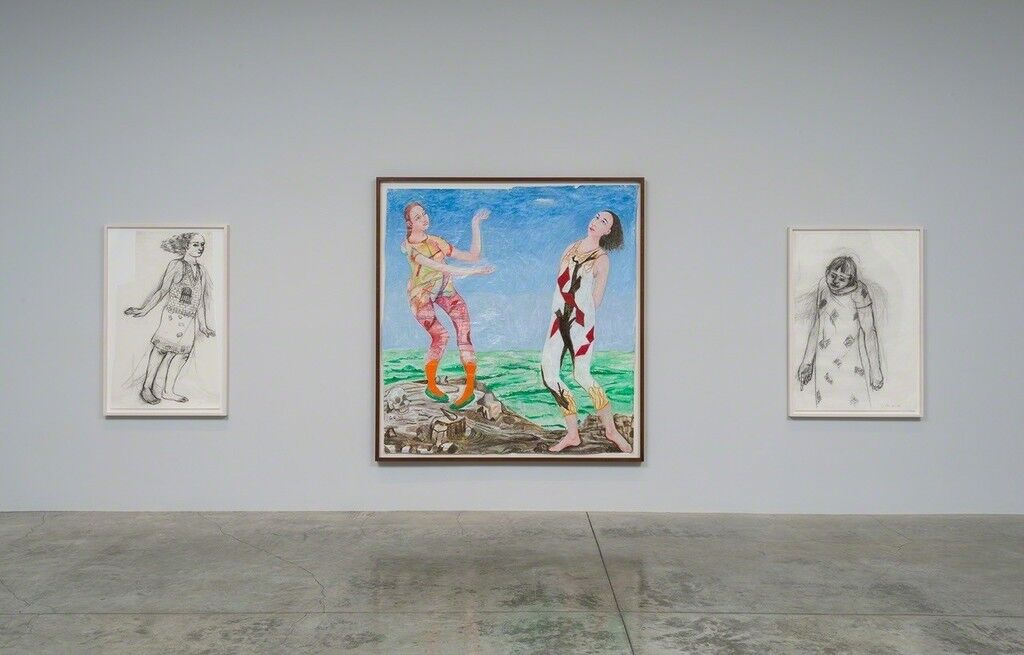 Advertisement
In another painting, Clytemnestra & Iphigenia (2015), the mother-daughter duo stands together on seafront cliffs prior to the poor girl’s death, their wriggling bodies clothed in circus-like jumpsuits. A skull lurking in the left-hand corner is the only indicator of Iphigenia’s imminent death in what is otherwise a presumably happy moment shared between mother and child. Agamemnon’s other doomed children, Orestes and Electra, can be found elsewhere in The Suffering of Orestes (2015) and The Sorrows of Electra (2015), falling victim to their own sad fates.
Another martyr of ancient mythology, Prometheus, makes an appearance. Prometheus Chained (2014) captures the Titan’s final moments after he was chained to a rock by Zeus and left to have his liver pecked out by an eagle. According to legend, Prometheus introduced fire to mankind (after he stole if from the God Hephaestus’s workshop), an act that enraged Zeus; Garabedian winks at this myth by depicting Prometheus’s right hand as a crackling torch.
Along with the paintings are also preliminary charcoal sketches that reveal Garabedian’s process behind these scenes. Drawn, erased, and redrawn, the studies foretell the lively movement that the final works will hold.
—Kate Haveles
“Sacrifice for the Fleet” is on view at L.A. Louver, Venice, CA, Oct. 8th–Nov. 7th, 2015.
Follow L.A. Louver on Artsy.
Related Stories