A Guide to Interpreting Contemporary Dance

Natalie Cenci
Feb 13, 2018 7:05pm
It’s safe to say the blueprint for
dance
in the United States and Europe has largely been upended over the past century. Watching dance performances was once a predictable affair—characterized by narrative plots, ornate costumery, theatrical set design, a classical score, and movement that either was (or followed the traditions of) ballet. But these days, seeing dance can, at times, feel as though you need a personal translator to make sense of what’s going on. But it doesn’t need to be an alienating experience. Below, we share a brief guide to understanding contemporary dance, including insights from choreographers, dance historians, and other experts to help demystify the art form’s practices today.

What is contemporary dance? 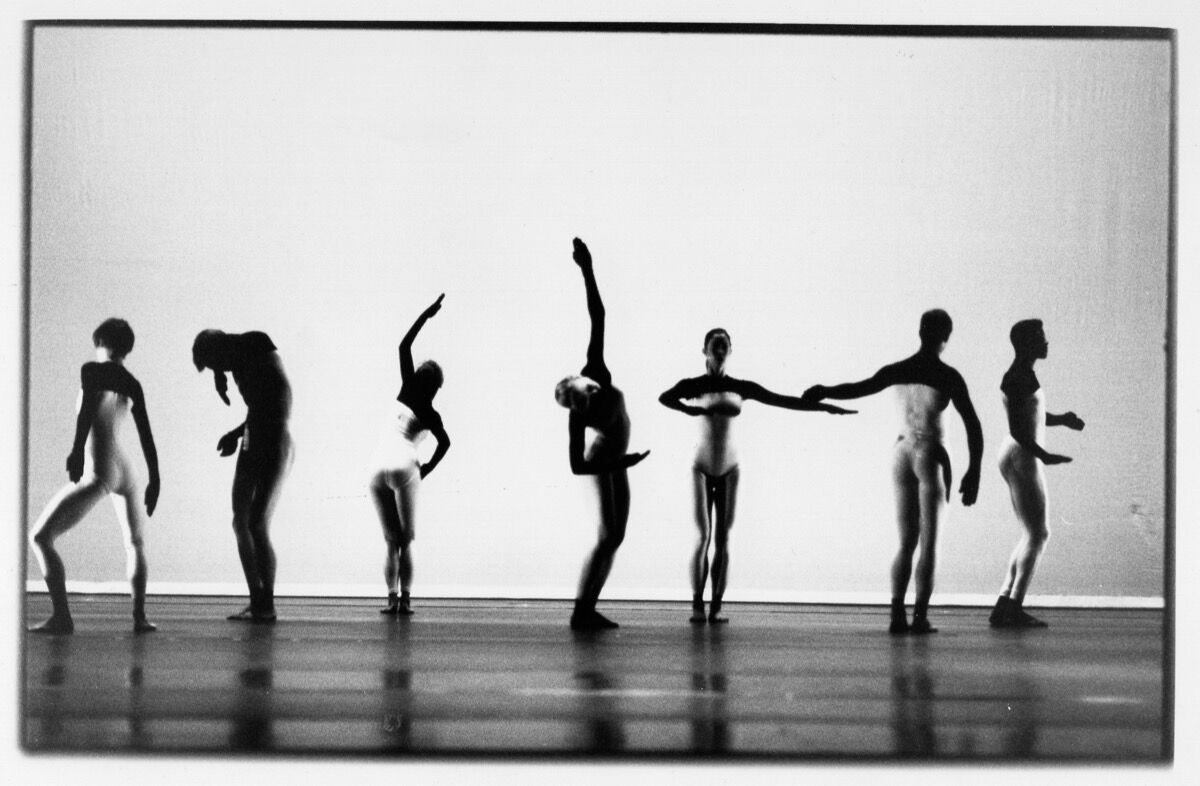 So what are we talking about when we say “contemporary dance”?
While the term is mainly used in major dance hubs in the U.S. and Europe, it can be used to refer to anything from hip-hop to non-western folk or tribal dance rituals. More broadly, it refers to modes of dance that began to emerge in the mid-20th century.
Encompassing myriad cultural, economic, social, and temporal nuances, it may be better to understand the term as “a functional catchall,” says Moriah Evans, a choreographer and editor in chief of Movement Research Performance Journal. It implies “you are working on the form of dance in the current moment,” she offers.
Susan Foster, choreographer and dance scholar at UCLA, warns against trying to cobble together a hard and fast definition. “You come up with these overarching umbrella terms,” she explains, “and a lot of people who have very different ideas about what dance is become invisible.”
Attempts to classify what, exactly, contemporary dance is have been almost unanimously abandoned, due in part to the inability to account for the distinct historical contexts that individual dance practices emerge from. “Not every dancer has the luxury of being ‘of its time’ in the current world,” stresses dance scholar Noémie Solomon.
In today’s study of movement, Solomon continues, dance makers are seeking solutions to questions including: “What does it mean to move, or to be moved? Who is afforded movement, and who isn’t? What bodies are forced to move and others kept still? How does movement intersect with issues of labor and visibility?” Dance is also, by nature, an
ephemeral art
.
“Dance has often been hailed as an art that disappears, as if dance didn’t leave any tangible trace,” Solomon says. “Many contemporary dancers have really engaged with this question of what it is that dance produces in time.” We can see that dance evades categorical definition in the same way that it won’t be pinned down by the word “contemporary.”

The history of contemporary dance in the U.S. and Europe 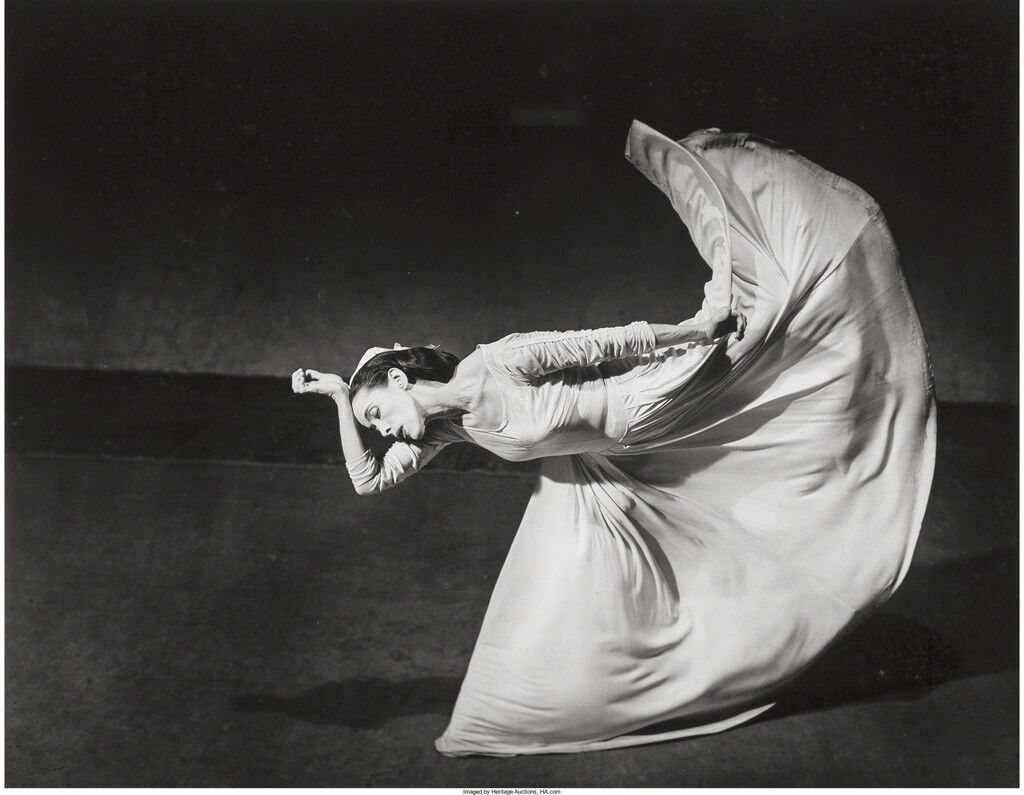 Barbara Morgan
Martha Graham, Letter to the World, 1940
Heritage Auctions
Advertisement
American and European traditions have largely shaped how dance is understood in the West today, including the parameters that define what dance can be. These guidelines have been in question since the early 20th century, when modern dance began to develop.
In the U.S. today, contemporary dance is widely considered to be the outgrowth of explorations by the Judson Dance Theater in New York, where the vision of dance went beyond “defining what dance is” to “expanding what dance can be.”
Discussions of the origins of contemporary dance in North America almost always trace back to performances coming out of cultural hubs like New York, San Francisco, and Los Angeles from the end of the 19th century into the present. These traditions stem from a strong matriarchal lineage of modern dance, with Isadora Duncan at the helm.
At the turn of the 19th century, Duncan catalyzed a redefining of the discipline with her vision of dance as a vehicle for expressing the soul, and contended with the popularity of vaudeville performance. Her emphasis on making the inner life visible disrupted prevailing ideas around dance—that it should be strictly narrative based and entertainment driven. Martha Graham articulated this idea further, prioritizing expressive movement over narrative elements. Driven by an interest in gravity, she relinquished dancers from wearing ballet slippers, which were ubiquitous up to that point, and instead had them perform barefoot.

The innovations of Duncan and Graham created space for other radical practices to take shape. Sidestepping the teachings of Graham, her student
Merce Cunningham
was in direct dialogue with the visual arts community of the 1950s. He and
John Cage
were lifelong collaborators, and in the same way that the composer redefined music as sound, Cunningham redefined dance as movement. He integrated seemingly ordinary movements into his works and played with elements of chance, while stripping away the necessity of a musical backdrop. These explorations suggested that dance could be anything.
In tandem with this largely white experimental dance community in the U.S., choreographer and dancer Alvin Ailey forged a voice for African Americans, beginning in the late 1950s. His innovative choreography drew together influences from modern dance, ballet, and black cultural currents in the United States, such as jazz, blues, and gospel music.
Later, the artist-driven dance collective Judson Dance Theater formed in Greenwich Village in 1962, characterized by its militant blending of the boundaries between dance and life. Artists who performed for the collective during its two-year lifespan included prominent figures such as
Yvonne Rainer
,
Trisha Brown
,
Robert Morris
, Lucinda Childs, and
Carolee Schneemann
.
The reimagining of the body by the Judson Dance Theater freed dance to “be seen as a means to incorporate non-dancers within choreographic practices, to relate dance’s forms to everyday movements and broad cultural issues,” Solomon explains. Their influential work paved the way for the multifarious forms that dances takes into the present. 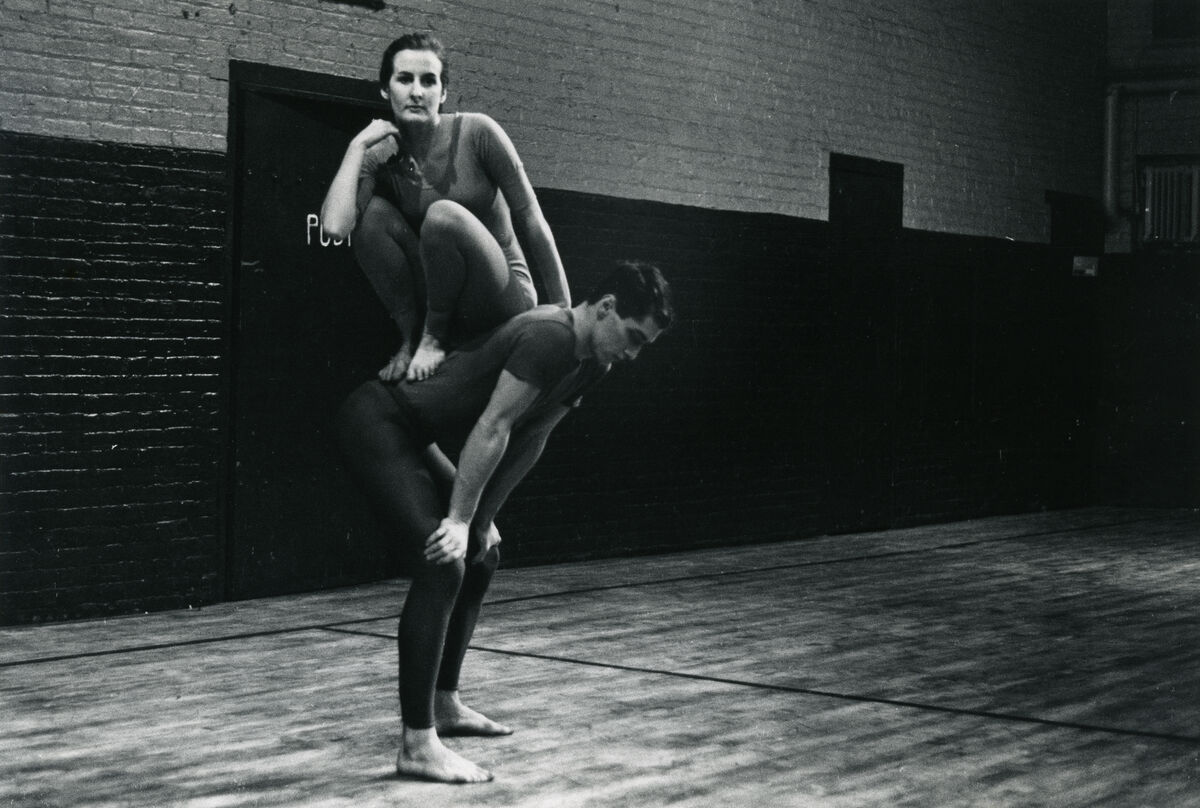 In Europe, contemporary dance describes experimental dance forms that began to emerge in the 1980s. In contrast to the U.S., Europeans have less of a history of experimental dance that moved beyond the realm of ballet until that point, even though dance makers had been pushing the boundaries of classical forms throughout the 20th century. It’s also important to note that in European countries, there is a stronger economic investment in developing dance as an art form than in the U.S., which is one reason why the term contemporary may hold more weight abroad.
While groundbreaking dance stateside consistently involved a systematic and demonstrative rejection of classical modes of performance, in Europe, such traditions have served as fodder for new work. Avant-garde dance in Europe, for example, is strongly supported by a theatrical backbone that is still intact.
The itinerant Parisian dance troupe Ballets Russes, for instance, destabilized norms around content early on in the 20th century and made strategic use of shock factor, incorporating erotic plotlines and tribal references. Under the helm of Sergei Diaghilev, they too were known to commission costumes and sets by leading artists, including
Pablo Picasso
and
Henri Matisse
. At the
Bauhaus
in the 1920s, experiments with dance became an interdisciplinary affair and dance was a medium for bringing the gesamtkunstwerk (“total work of art”) to life, through an emphasis on bridging the various performative elements of costume, lighting, music, and stage, again emphasizing theatricality.
The European trajectory of dance saw a simplification of movement in tandem with a heightening of emotion. This is evident in the work of German titan Pina Bausch who, as the director of the Tanztheater from the early 1970s until her death, started intensifying the mood on the stage, with highly dramatized performances where emotion transcended narrative.
Around the same time, as choreographer for the Stuttgart Ballet,
William Forsythe
was reworking ballet, changing its contours to reflect new visions of the practice that could integrate traditional and innovative ideas about choreography, costume, music, and set design to formulate something original. Forsythe’s career has extended into the visual arts, where he explores concepts of choreography.
Since the ’80s, dance maker
Anne Teresa de Keersmaeker
has continued these non-narrative tendency imposing rigorous everyday movements into her works, employing pattern, repetition, and speed. With a demand for discipline, her dances make fierce emotions visually palpable.

How does contemporary dance differ from performance art? 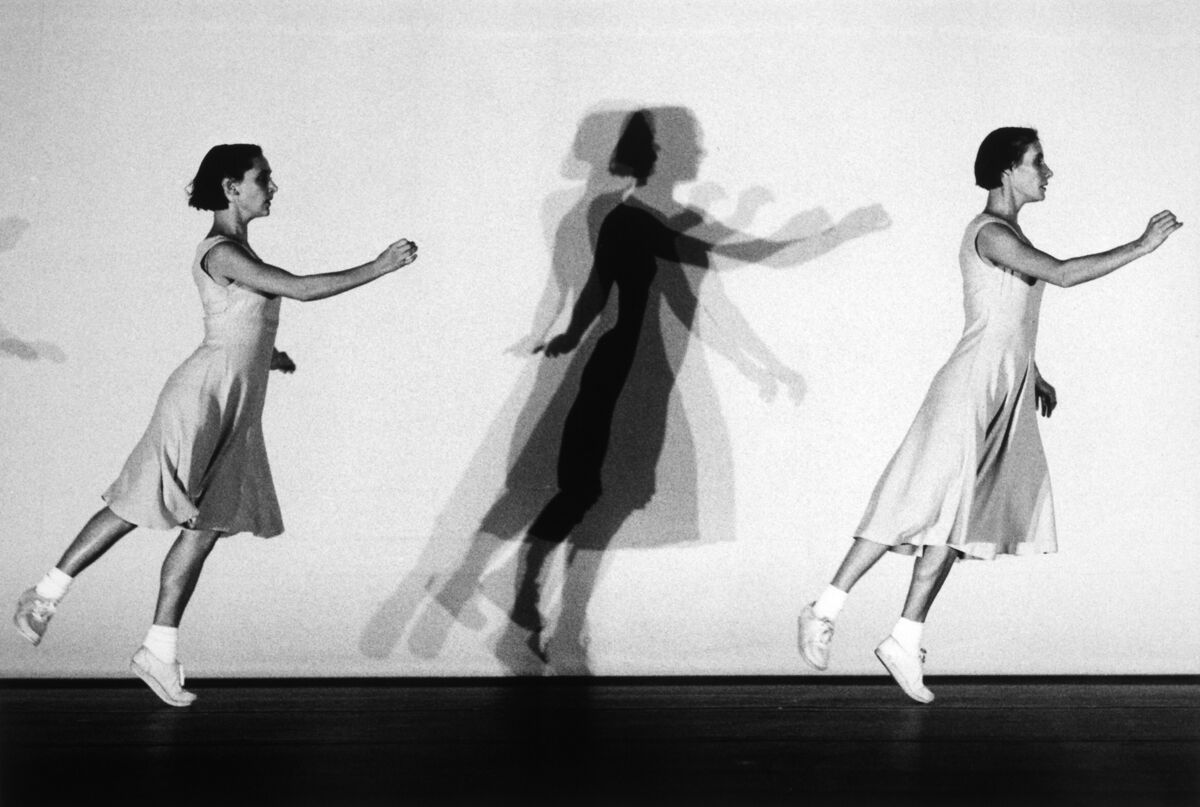 “Generally people think of dance as a kinetic art,” says Foster. “It’s about bodies being articulate through movement.” But how does it differ from certain types of
performance art
?
As some dance has become more interdisciplinary, the overlap with performance art has made distinguishing between the two a recurring conundrum. The confusion speaks to the fact that these experimental practices share common concerns, including “a reflexive approach to the body as art material,” and “the ways in which it endures and generates experiences of time and effect,” Solomon explains. “Performance art’s focus on duration can be seen in close relation to dance’s questioning of movement, which often leads to a stretching (or deceleration) of time.”
Circling back to the Judson Dance Theater (which is the subject of an exhibition at the Museum of Modern Art in fall 2018), where speech, film, and experimental music were interlaced with dance as a way to upset expectation, we can arguably identify an origin of the murkiness. However, Foster would challenge that we cannot draw lines between the two, without looking at individual practices. In the same vein, Evans would encourage an interdisciplinary outlook, and doing away with the “identity-driven divisions” that confine practitioners to either dance or performance art.

How to approach watching contemporary dance Given this brief primer on some of contemporary dance’s larger questions, we can begin to find an approach to viewing dance that may initially seem illegible to untrained eyes. It is important to first remember, as Foster says, that dance reflects who we are. “We are moving bodies, and dance makes that more evident than ever,” she says.
Recognizing ourselves in dance that is visually challenging can help to bring down the barrier between what we expect to see and what we actually see. To build on this, we as audience members, can work with the theory of kinesthetic empathy, which proposes that dance is a two-way conversation that engages all of our senses and “heightens how we feel our body in space, in relation to others,” Solomon explains.
Moving beyond the visceral components of comprehension, viewing more dance will, in time, allow us to draw formal connections and conclusions about what we’ve witnessed. It’s important to remember that dance is ostensibly a visually jarring experience.
If all else fails, take comfort in the fact that well-respected scholars, like Foster, are equally interested in the dance that happens on a stage, as that which happens in a bar. “It can tell you something completely illuminating about what the body is or can be, and about people's social relations to each other,” she says.
Natalie Cenci
Related Stories