The Haas Brothers’ Playful Monsters Are Now a Homeware Line

The Haas Brothers
are giving new meaning to the term “creature comforts” through a playful line of furry, scaly, and horned home decor. 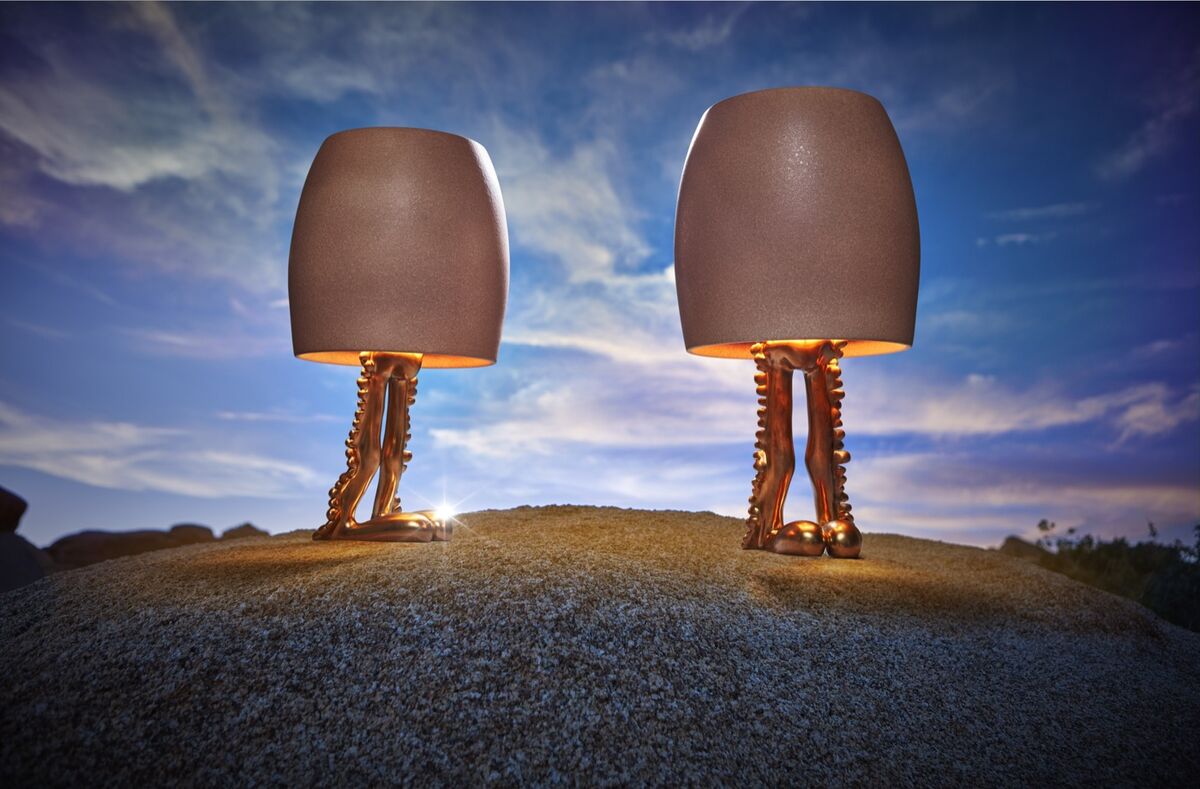 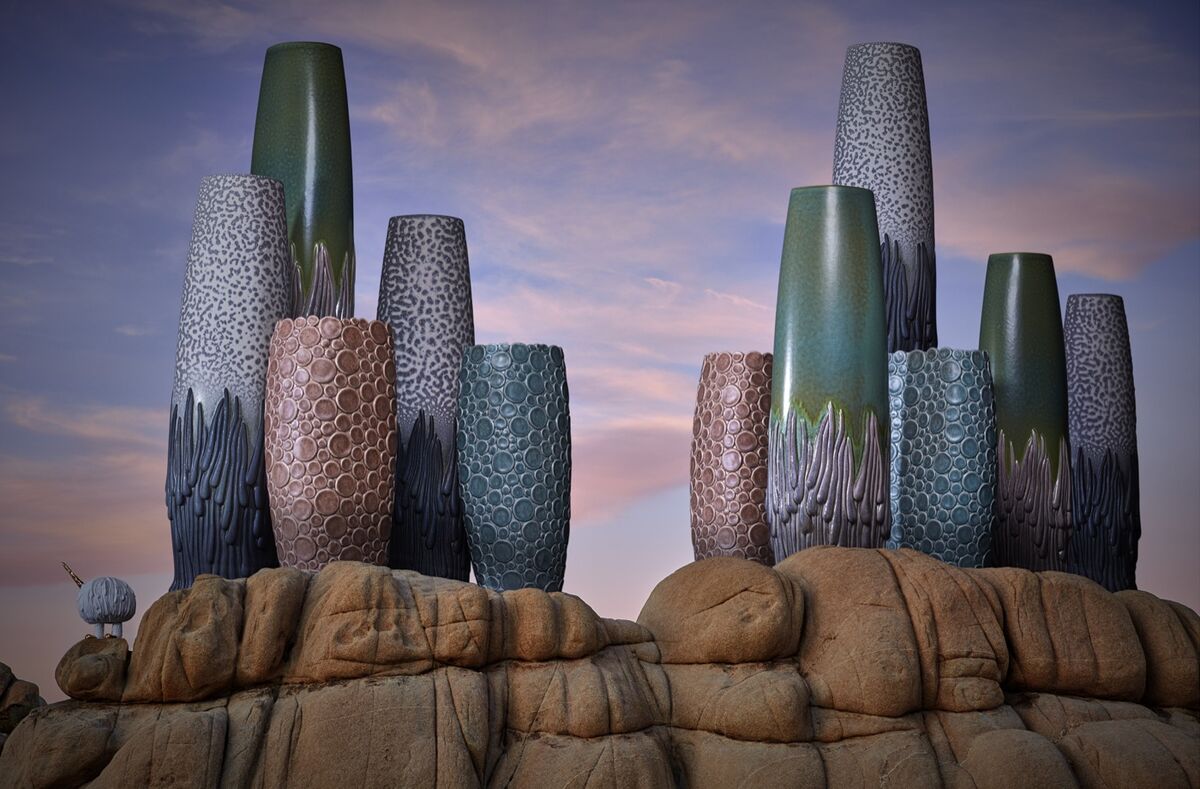 Advertisement
Known for their biomorphic works, which straddle the line between design and art, Simon and Nikolai Haas imagine creatures that recall the beasts of Maurice Sendak or the monsters of classic Nickelodeon cartoons. The collection—which was first unveiled in a pop-up shop at Miami Art Week during the opening of the designers’ Bass Museum show, “Ferngully”—was inspired by Joshua Tree National Park in California. 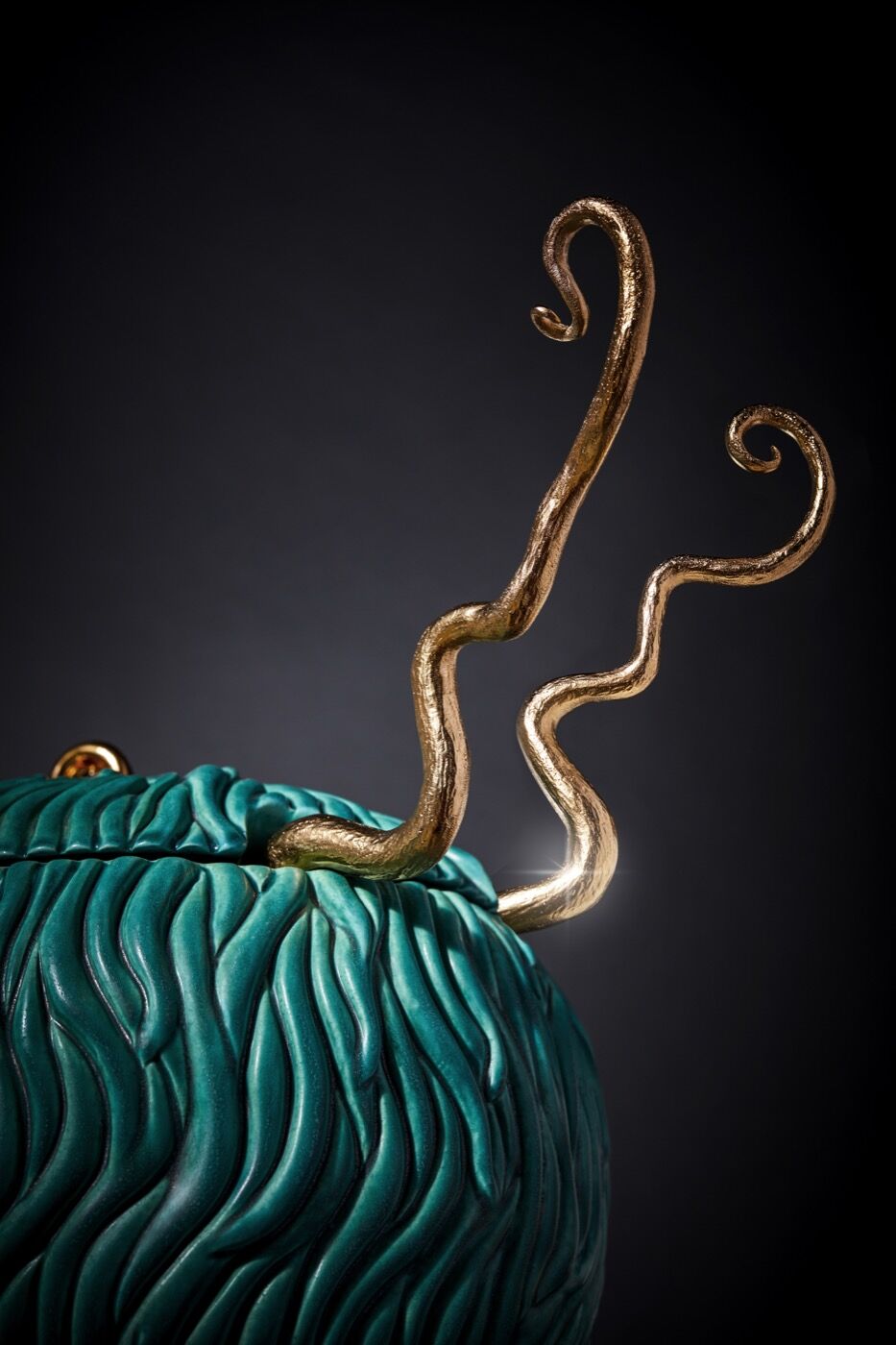 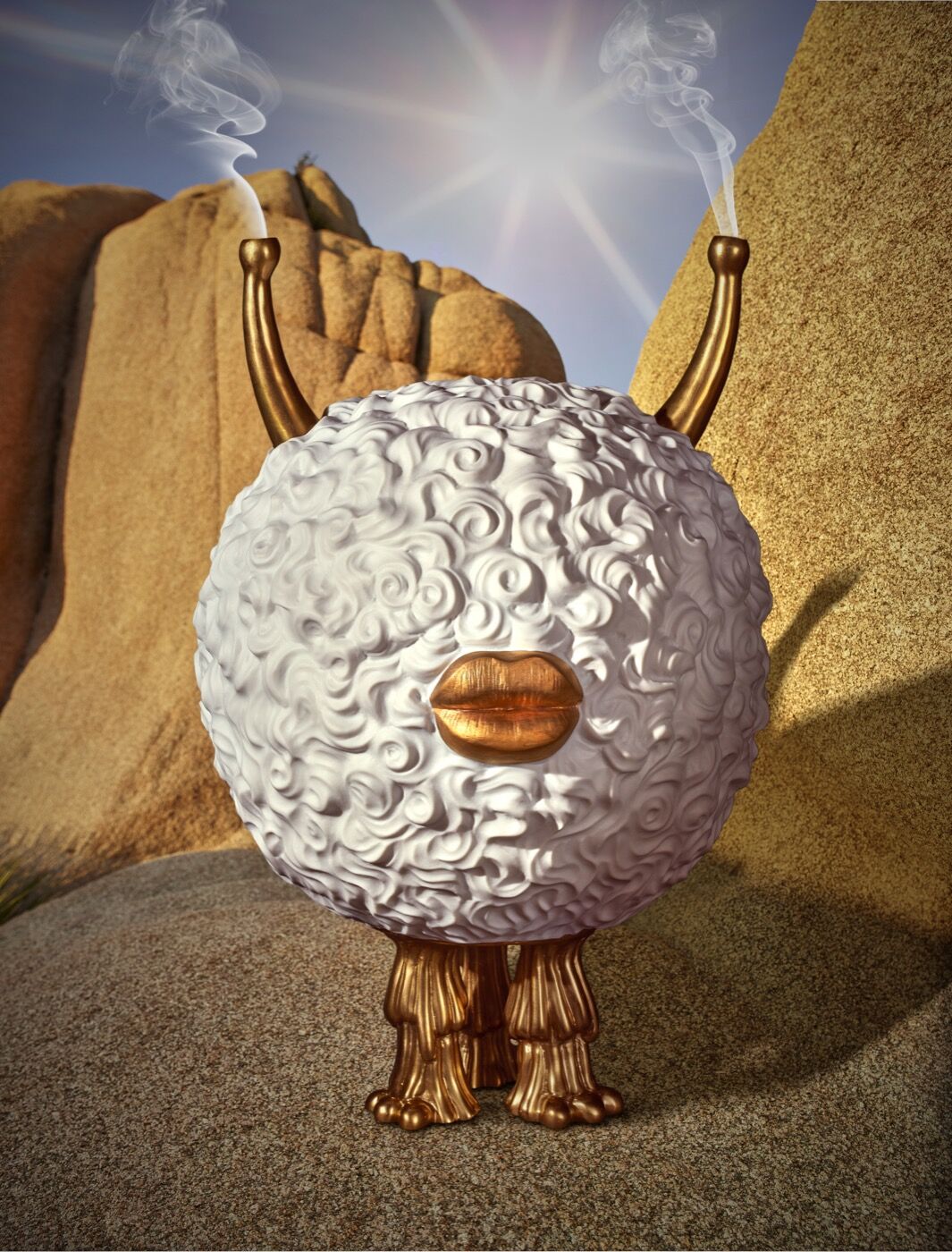 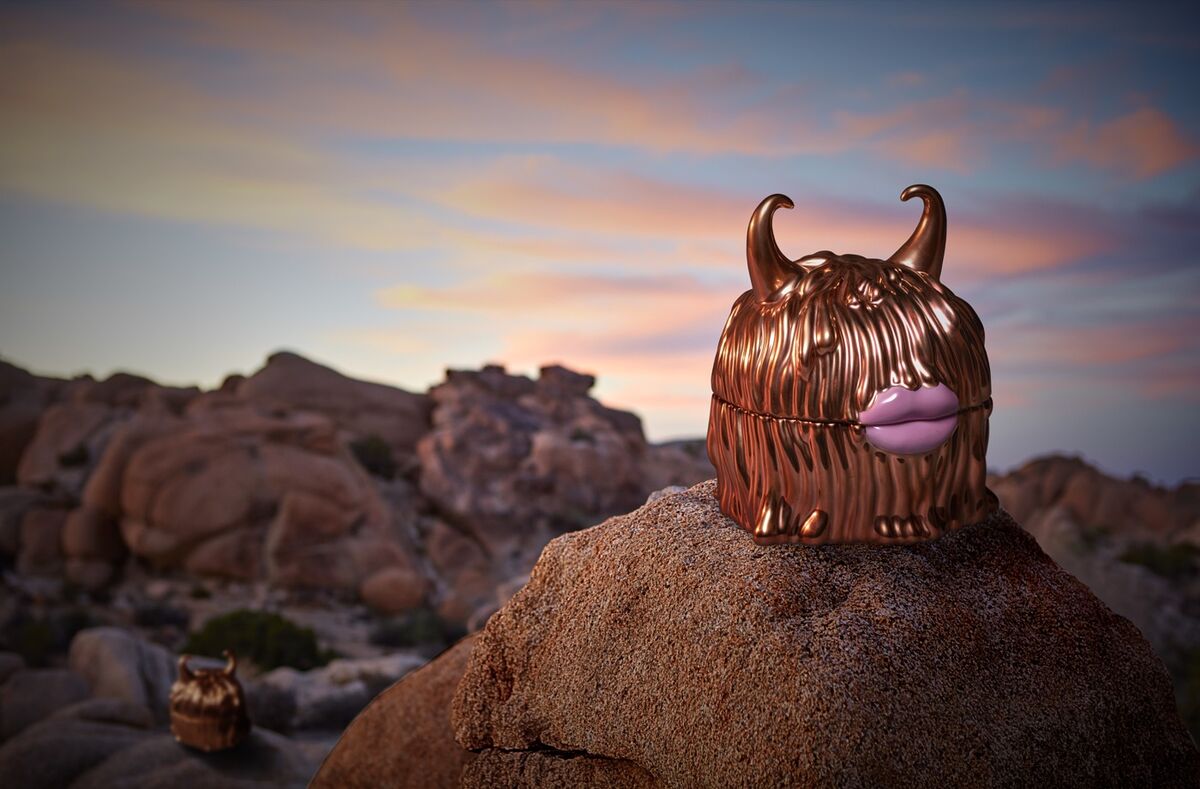 Among the offerings of “L’Objet Haas Brothers,” a curly white porcelain monster with gold-plated horns and lips will serve as your incense holder, while his knobby-kneed friend is a lamp, hiding bashfully beneath a pink shade. Your home can also be lit by the soft glow of a mushroom table lamp, and your guests can dine on tablecloths embroidered with cacti and palm trees, using napkins dotted with star patterns. 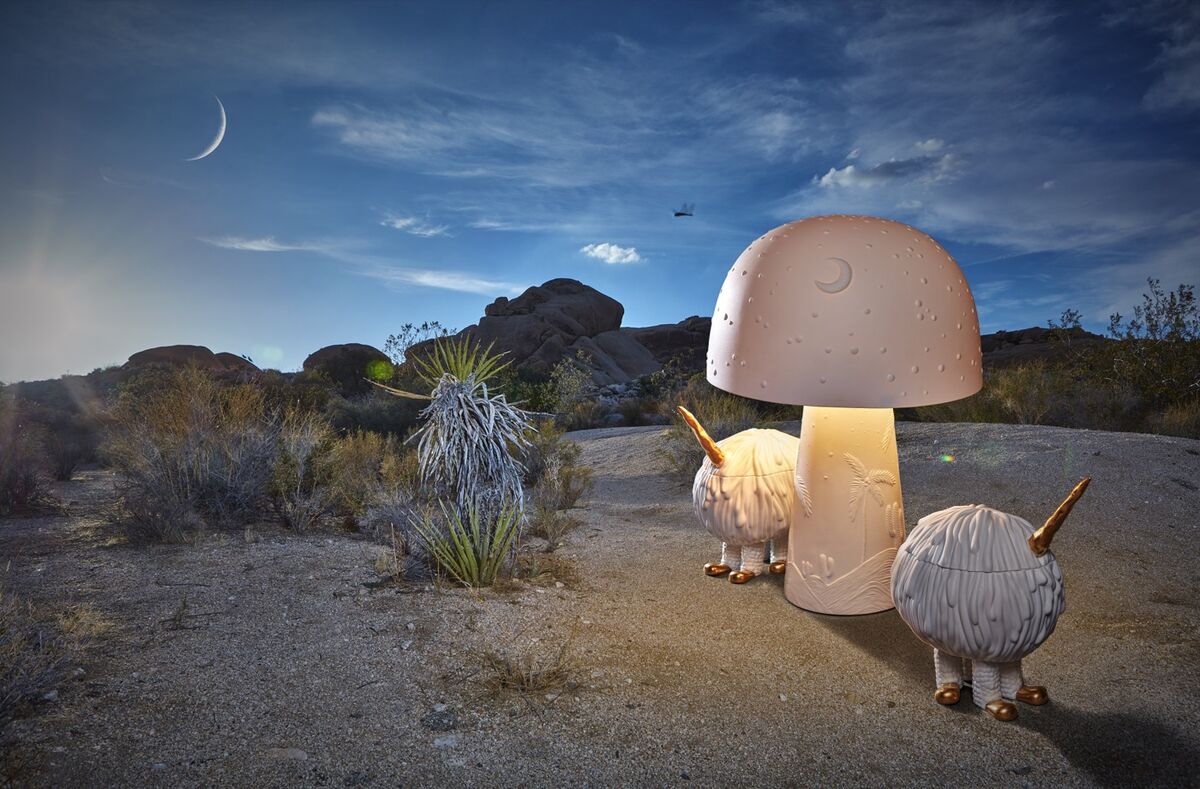 Though the brothers often make design pieces that are meant to be touched or sat upon, this is their first fully functional collection. “The beauty of functional objects is that they require the viewer to interact with them,” Nikolai explained. “There’s just so much opportunity in that interaction to create something intimate, to pull someone into another world.” In the L’Objet catalogue, Simon echoed that sentiment: “Any object that somebody performs daily rituals with gets imbued with all kinds of meaning.”
They started work on the collection by imagining a world inspired by Joshua Tree. Thomas Rom, who curated the collection and worked with the designers to conceive it, described the setting as “a metaphysical and magical tropical desert.” With that image in mind, the Haas brothers began to plan the designs. “If the object made sense within the rules and boundaries of this new magnificent world, we included it in the collection; otherwise, we either tweaked it or left it on the editing floor,” Rom said. 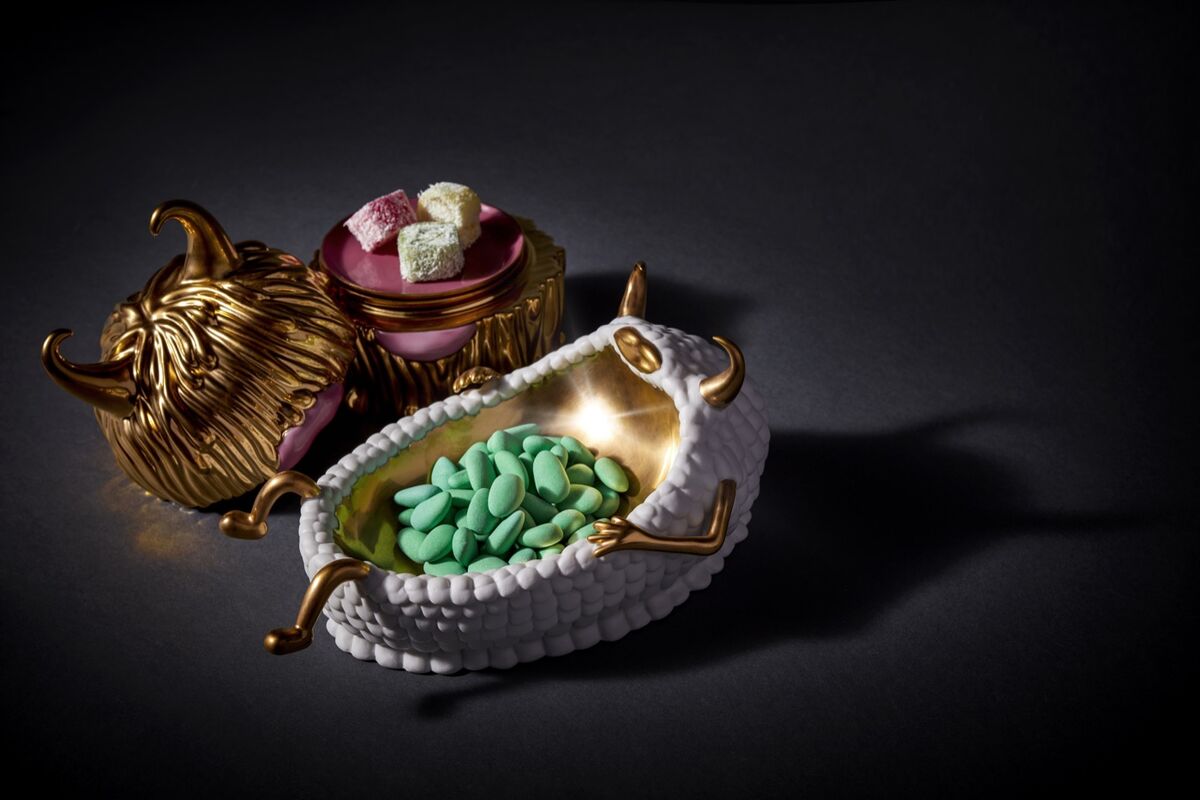 “Any object that somebody performs daily rituals with gets imbued with all kinds of meaning.” 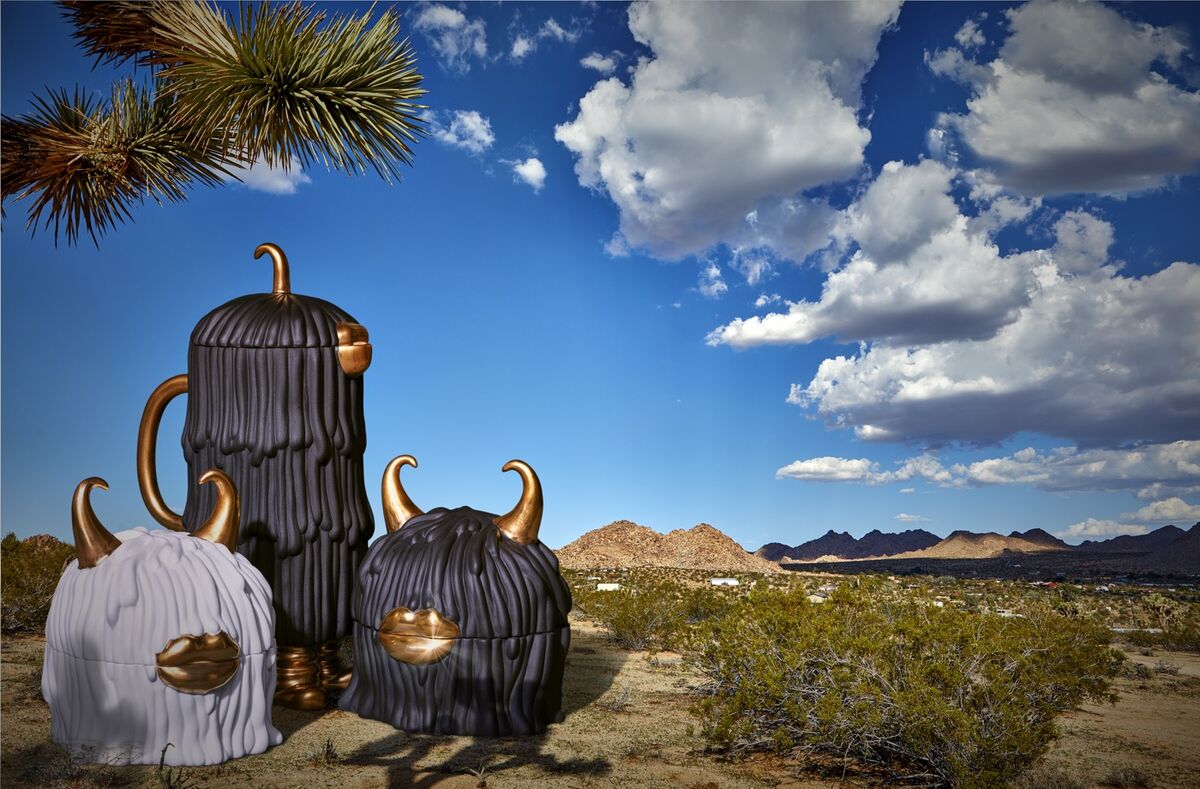 Though other creatures live in the Haases’ desert, their signature monsters are the protagonists of the story. Monsters have appeared in their work for several years, since Nikolai returned from Iceland with a sheepskin, and they envisioned their first creature. (Lady Gaga, who calls her fans “little monsters,” even tapped their beasts for a 2012 perfume campaign.) The creatures are based on the designers’ friends, Nikolai said, and sometimes, celebrities—such as the cute, red-spotted monster Zitney Spears (2016), from their solo show. 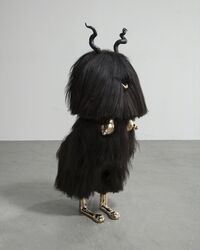 7 Images
View Slideshow
To create the monsters and other sculptural pieces from the collection, Nikolai sculpted clay models; then, his creations were 3D-scanned and sent to artisans, who replicated them by hand in porcelain or brass. The project was a first for L’Objet in the wildness of the designs, but also in offering limited-edition items. “It’s a complete fantasy world, unlike any other,” said L’Objet founder Elad Yifrach. “Each piece is so special on its own, but when mixed together, it transports you into a different world.” 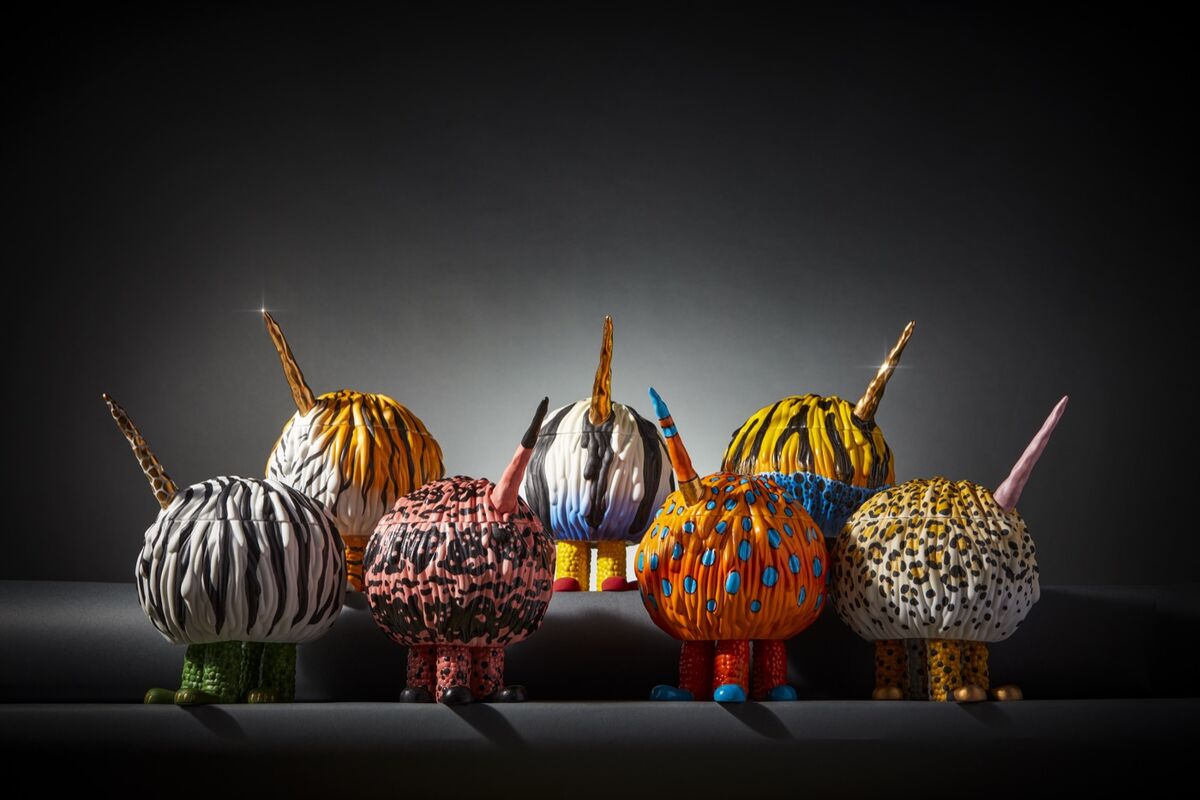 In an interview for the L’Objet catalogue, Nikolai was a little more frank. “The collection is fucking weird,” he said. “It’s a big risk for all of us. But what’s the point of doing something that isn’t?”
Jacqui Palumbo is a contributing writer for Artsy Editorial.
Related Stories