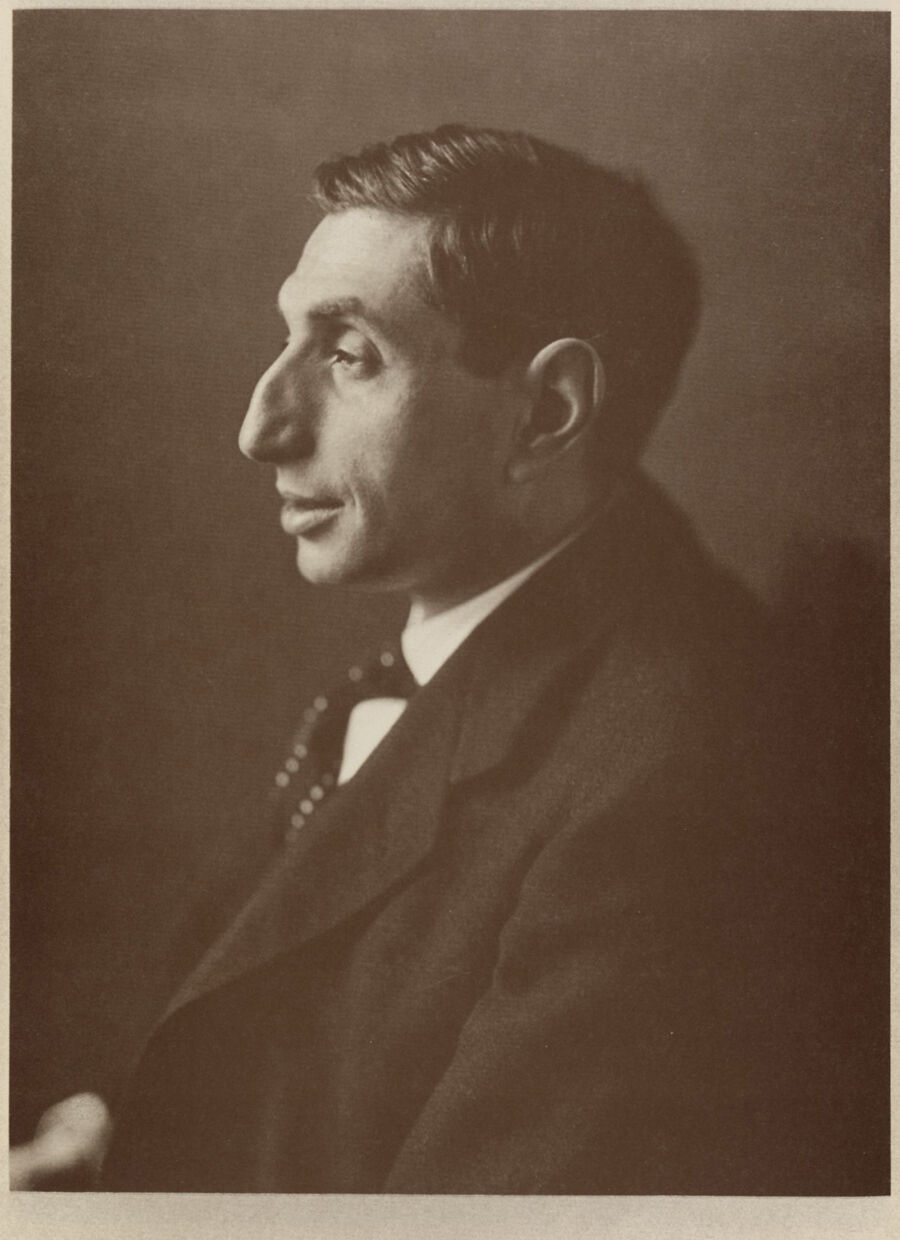 Portrait of Alfred Flechtheim by Jacob Hilsdorf, via Wikimedia Commons.

Two heirs of the prominent Jewish art dealer Alfred Flechtheim have sued the German federal state of Bavaria seeking the return of eight works of art they say were looted by Nazis before the outbreak of World War II. Attributed to
Max Beckmann
,
Juan Gris
, and
Paul Klee
, the works together are estimated to be worth $20 million. Brought on Monday in New York’s Southern District, the suit alleges that the Nazi government’s policy of “Aryanization” of Jewish businesses forced Flechtheim—often directly targeted by fascist propaganda—to flee for his life in 1933. As a result, his art dealership and collection were taken and dissolved by former colleagues who capitalized on the German government’s anti-Semitic policies. Given that Flechtheim didn’t willingly part with the pieces, the complaint asserts that good title to the works remains with Flechtheim’s heirs, not with their present holders and co-defendants, Bavaria and its state painting collection (BSGS).

As laid out in the complaint, Flechtheim found success in post-World War I Germany, setting up art dealerships in Düsseldorf and Berlin. At various points, Flechtheim represented Modernist master
Ernst Ludwig Kirchner
along with Klee, Gris, and Beckmann, and also showed the first major exhibition of
George Grosz
’s work. This made him doubly susceptible to Nazi prejudices, as he was both Jewish and a dealer in a genre of art which Hitler and his followers saw as “degenerate.” Photographs of Flechtheim appeared in Nazi propaganda beginning in 1932, with anti-Semitic texts identifying him as a key member in the “Jewish World Conspiracy.” Similar texts targeting him continued to appear after Hitler’s rise to power. Fearing for his life, Flechtheim fled Germany for Paris in May of 1933, leaving his wife behind in Berlin. Flechtheim eventually arrived in London, where he died in 1937 at only 59 years old.
As Jews were forced to abandon their businesses as part of Hitler’s state-sanctioned campaign of “Aryanization,” Flechtheim’s dealership was taken over. A former close subordinate—actually a fervent Nazi and a member of the Brownshirts—took over his dealership in Düsseldorf, rechristening the space as his own. As the complaint describes, after Flechtheim fled Berlin, his relatives either watched as his holdings were sold off or were forced by Nazi authorities to oversee the liquidation themselves. According to the lawsuit, the eight named paintings were part of Flechtheim’s “privately owned large art collection and were lost to Flechtheim due to the policy of racial persecution and genocide.” Under these historical circumstances, even without direct evidence that the paintings were taken by the Nazis, “common sense and the law takes the view that in the absence of clear understanding, the presumption is against the possessor who can’t establish good title,” said the plaintiff’s attorney Nicholas O’Donnell, a partner in the litigation department of Boston law firm Sullivan & Worcester.

The complaint preemptively challenges several different narratives advanced by Bavaria to explain why it does in fact hold good title to the paintings. Underlying the Bavarian explanations is the assertion that the transfer of the works did not occur under duress, but rather in 1932, one year before the state sanctioned the Nazis’ “Aryanization” policies. Bavaria has argued that the pieces were sold in 1932 to one Günther Franke, a German soldier who allegedly grew rich off Nazi-looted art. Franke allegedly then donated the works to Bavaria in 1974. Flechtheim’s heirs argue that there is no proof that such a transaction with Franke ever occurred, and rather that available evidence contradicts the various theories advanced to support this sequence of events. Instead, the plaintiffs assert that “it was only the Nazi-induced destruction of [Flechtheim’s] livelihood and subsequent escape from Germany that allowed Franke to possess these Paintings” before passing them onto the Bavarian state.
Also of note is a connection to the notorious “Gurlitt trove,” some 1280 Nazi-looted works of art, discovered in 2012, that once belonged to Hitler’s art dealer, Hildebrand Gurlitt. According to the complaint, Cornelius Gurlitt, Hildebrand’s son, admitted that Hildebrand came into possession of a Beckmann painting from Flechtheim in 1934. This casts doubt on Bavaria’s sequence of events, which places the sales two years earlier, including one clearly contradicted timeline that has Flechtheim selling the entirety of his Beckmann stock in 1932. Although the Beckmann painting unearthed in the Gurlitt trove isn’t among those named in the lawsuit, further investigation of documents belonging to Gurlitt that could shed light on this case have been stymied. “My German colleague has asked to see those documents and has been told no,” said O’Donnell. The rationale? The privacy of the Gurlitt family has to be respected.

Anyone familiar with Holocaust restitution cases will know that one tricky issue is jurisdiction. American courts are generally barred from interfering with the affairs of other countries, thanks to a statute known as the Foreign Sovereign Immunities Act. As I’ve previously written, one exception to foreign immunity is known as expropriation and has been pioneered by Holocaust restitution lawsuits. The exception covers instances where property was taken in violation of international law, and grants American courts jurisdiction so long as there is some commercial activity that then ties the property to the United States.
According to the complaint, this exception applies in the Flechtheim case. Most often, a taking in violation of international law is the result of a direct state action: a Nazi officer walking into someone’s home and taking their property because the owner is Jewish, for example. But the exception has widened to include less direct state action. “The taking doesn’t have to be by the Nazi government,” O’Donnell explains. “We are not alleging that the state authorities necessarily came in and pried the paintings off the wall. What we are alleging—which has been upheld in other cases—is that the state policy of ‘Aryanization’ of businesses allowed these opportunists to come in.” In this case, the German state created an environment in which the “Aryanization” of businesses was sanctioned. Combine that with the extensive evidence of commercial interaction between Bavaria, BSGS, and the United States, and courts in America will likely be able to intervene (though Bavaria will probably file motions challenging this). Given how long World War II restitution cases tend to drag on, the only certainty is that any legal outcome is far off.
Isaac Kaplan is an Associate Editor at Artsy.
Related Stories