01  Helen Marten has been announced as the winner of the 2016 Turner Prize.

(via the Tate)
The 31-year-old multimedia artist has received Britain’s most prestigious contemporary art award, along with its £25,000 (about $31,800) prize. Since 1984, the Turner Prize has been awarded to an artist living or working in Britain who is under 50 years old (past winners include
Wolfgang Tillmans
,
Chris Ofili
, and
Laure Prouvost
) in an effort to both build up the Tate’s collection and foster interest in contemporary art.
Marten
was selected from a shortlist including
Michael Dean
,
Josephine Pryde
, and
Anthea Hamilton
, who will each also receive roughly $6,200, and who, with Marten, will appear in an exhibition at Tate Britain through January 2, 2017. The four-person jury was chaired by Tate Britain director Alex Farquharson and included Michelle Cotton, director of Bonner Kunstverein in Bonn, Germany, Beatrix Ruf, director of the Stedelijk Museum, curator Tamsin Dillon, and Simon Wallis, director of the Hepworth Wakefield. Marten’s win was based on “Eucalyptus Let Us In,” her solo show at Greene Naftali in New York, as well as Lunar Nibs, the work she showed at the 56th Venice Biennale in 2015. The award follows the artist’s win last month of the inaugural Hepworth Prize for Sculpture, which came with £30,000. For both awards, Marten has announced that she will be sharing prize money with the other shortlisted artists.

02  Longtime Christie’s head of contemporary art Brett Gorvy announced Wednesday that he is leaving the auction house to partner with art dealer Dominique Lévy in a venture renamed Lévy Gorvy.

(Artsy)
Lévy’s eponymous New York gallery, which opened in 2013, currently occupies the top two floors of a historic bank building at Madison Avenue and 73rd Street. This summer, however, the dealer announced an upcoming expansion—as of January, the newly-christened Lévy Gorvy will occupy the entire 9,000-square-foot building. It will also operate out of Lévy’s current London location. According to a statement from the two founders, Lévy Gorvy will boast a “bespoke advisory and collections management service.” It will also place priority on growing its business in China, a region whose wealth and appetite for art Gorvy successfully used to line Christie’s coffers during recent years. Gorvy’s announcement comes as the latest in a string of high-profile departures from both Christie’s and Sotheby’s. During the summer alone, Christie’s watched as four executives bid their farewells: global managing director of post-war and contemporary art Lori Hotz, senior vice president and director of trusts, estates & appraisals Paul R. Provost, international head of Old Master paintings and 19th-century art Nicholas Hall, and head of 20th- and 21st-century design Cathy Elkies.

03  Oakland announced a $1.7 million grant to develop affordable spaces for arts organizations on Tuesday, less than a week after a deadly warehouse fire in the city’s Fruitvale district killed 36 people.

(via SFGate)
Although the grant has no direct ties to the December 2nd blaze, the timing is sobering. The Oakland warehouse, known as the “Ghost Ship,” housed an artist collective and had offered respite from the city’s skyrocketing rents (the trade-off being hazardous and illegal living quarters). The $1.7 million combines contributions from the William and Flora Hewlett Foundation, the Kenneth Rainin Foundation, and the nonprofit Community Arts Stabilization Trust to fund a two-year pilot program. In a statement, Oakland mayor Libby Schaaf noted: “This public-private collaboration and investments are aimed at preventing displacement, growing the capacity of the city’s artists and cultural organizations, and enhancing municipal resources for the cultural sector over the long haul.” In that vein, the program will purchase real estate and lease it at reduced rates to local artists and work to ensure that artists can remain in their current spaces or move into affordable alternatives. To further address these issues, Schaaf has appointed a cultural affairs manager—who will administer $900,000 in grants to arts groups—and created a new position focused on strategies to reduce displacement.

(via Sotheby’s)
The auction house announced Monday that it will establish an in-house scientific research department, directed by Orion’s head James Martin. The scientist has earned a reputation for his ability to spot forgeries, even those convincing enough to fool other experts. Government agencies and museums have called upon Orion’s expertise in the past; Martin even played a major role in identifying forgeries attributed to
Mark Rothko
during the high-profile Knoedler case. While Martin will continue to devote 20 percent of his time to outside work, Sotheby’s will have unparalleled access to Orion’s services. Auction houses and collectors alike will no doubt welcome the added layer of certainty his research can provide in determining a work’s authenticity. Like the acquisition of Art Agency, Partners in January, this new department is part of a broader effort by Sotheby’s CEO Tad Smith to bolster the in-house services the auction house can offer collectors and consignors.

05  French-Algerian artist Kader Attia filed a plagiarism lawsuit against Universal Music France, and was admonished for it in an open letter written by fellow artist Kendell Geers.

(via Artnews, Hyperallergic, The Art Newspaper, artnet News)
Attia
filed his suit over the music video for French rappers Dosseh and Nekfeu’s song Putain d’époque, which includes a segment that the artist claims too closely resembles his 2007 work Ghost—an installation of 102 tin foil figures kneeling in prayer. In the video (which has been removed from YouTube), Dosseh and others are similarly configured, wearing silver survival blankets, to represent “the times through which we’re living [...] the world is so hard,” the rapper wrote on Facebook. In a statement sent to Hyperallergic, Attia emphasized that the suit was against the music label, not the musicians: “Universal are responsible; they perfectly know how to defend copyright when fighting against illegal downloading. Each artist […] has to fight for the integrity and the respect of his work.” This week Amatuer d’art (a blog of the French newspaper Le Monde) published South African artist
Kendell Geers
’s open letter to Attia, arguing the gesture is merely appropriation and “a huge compliment.” Geers also accused Attia of appropriating his own work. “One artist’s plagiarism is another’s sampling and yet another’s Appropriation Art,” Geers wrote. Attia was reportedly “appalled” by Geers’s letter, remarking that artists should be united on this front. Given that the French artist Orlan brought similar charges against Lady Gaga in 2013 and lost, Attia’s chances of success are dubious.

06  The director of Berlin’s Polish Culture Institute has been fired, allegedly due to programming that focused too heavily on Jewish content.

(via artnet News, JTA)
After Katarzyna Wielga-Skolimowska was fired last Tuesday, newspapers Berliner Zeitung and TAZ reported early this week that the director’s dismissal came from Poland’s conservative government officials. The reporting found that Andrzej Przyłębski, the Polish Ambassador to Germany, had criticized the director in a private memo dated October 17, in which he wrote that the institution placed too much emphasis on Jewish themes. On Tuesday, the Polish Embassy denied these claims. In a letter to the two Berlin newspapers, Polish Embassy press attaché Jacek Biegala requested a correction and called the claims “misleading and wrong.” Berlin’s Jewish Museum has come to Wielga-Skolimowska’s defense; deputy director Cilly Kugelmann sent an open letter to Polish officials calling the dismissal “an unjustified and inexplicable decision” and naming Wielga-Skolimowska an “excellent representative” of Poland. The scenario reflects the right-wing views of PiS party leaders, including culture minister Piotr Gliński, who came to power in Poland in late 2015. Polish newspaper Gazeta Wyborcza reported that 13 Polish institute directors in various countries were fired over the summer.

07. Two heirs of the prominent Jewish art dealer Alfred Flechtheim have sued the German federal state of Bavaria seeking the return of eight works of art they say were looted by Nazis.

(Artsy)
Attributed to
Max Beckmann
,
Juan Gris
, and
Paul Klee
, the works together are estimated to be worth $20 million. Brought on Monday in New York’s Southern District, the suit alleges that the Nazi government’s policy of “Aryanization” of Jewish businesses forced Flechtheim—often directly targeted by fascist propaganda—to flee for his life in 1933. As a result, his art dealership and collection were taken and dissolved by former colleagues who capitalized on the German government’s anti-Semitic policies. Given that Flechtheim didn’t willingly part with the pieces, the complaint asserts that good title to the works remains with Flechtheim’s heirs, not with their present holders and co-defendants, Bavaria and its state painting collection (BSGS).

08  A global coalition of nations has pledged $100 million to protect heritage sites from conflict.

(via The National)
The fund for the protection of cultural heritage sites in conflict zones reached its goal of $100 million thanks to pledges from numerous nation states, including $30 million put up by France. Forty countries approved the fund at a two-day UNESCO-supported conference in Abu Dhabi last week. The funds will be used on preventative measures to secure heritage sites and artifacts. Money will also go towards dismantling illegal antiquity trafficking rings and restoring damaged works. To be run from Geneva, the fund will also establish a network of safe spaces for temporarily storing at-risk artifacts. Along with providing a large financial contribution to the effort, President Hollande of France declared the Louvre’s storeroom a haven for endangered antiquities. The news comes after cultural heritage sites have been seriously threatened by armed conflict across the globe over the last few years. Most prominently, art historians, archeologists, and the world have looked on while ISIS and rebel forces have intentionally or accidentally destroyed key historic sites in the Middle East, such as Palmyra and, more recently, the ziggurat of Nimrud near Mosul.

09  Vladimir Putin publicly spoke of the importance of artistic freedom while warning against creating works that could be deemed offensive.

(via the New York Times, Artdaily)
In a televised meeting of the Presidential Council for Culture and Arts in St. Petersburg last Friday, Putin met with artists, actors, and film directors and advised against creative expression that might provoke opposition. Putin named the 2015 terrorist attack on French satirical newspaper Charlie Hebdo as a cautionary tale, saying there is a “very subtle line between what I would call dangerously outrageous behaviour and creative freedom” and “did those cartoonists have to insult Muslim believers?” Putin was asked to address the recent censorship of art and theater in Russia, where officials recently closed a
Jock Sturges
exhibition and a production of “Jesus Christ Superstar” after protests from conservative and religious activists. Putin acknowledged that such action is “absolutely inadmissible,” but supported the officials’ actions, noting that “many don’t want tragedies like in Paris to be repeated here.” Filmmaker Aleksandr Sokurov implored Putin to free Ukrainian director Oleh Sentsov, who is serving a 20-year term in Siberia after expressing opposition to the Russian annexation of Ukraine (the case that has roused international outcry). Putin responded by saying the director was “in fact dedicating his life to terrorist activities.”

10  Despite reports that a sculpture by Ursula von Rydingsvard sickened dozens of FBI agents, there is no concrete evidence to support the claim.

(via Hyperallergic)
Von Rydingsvard
’s $750,000 wooden sculpture was installed in the lobby of the FBI’s Miami field office until October 2015. Following a series of employee complaints, the work was removed by the General Services Administration (GSA), the government body responsible for leasing space to federal agencies and overseeing art installed there. Evidence linking the sculpture, titled Cedrus (2015), to the illnesses was circumstantial: Workers became sick shortly after the piece arrived. The story went public earlier this month when an article in Politico again linked the artwork to health issues. But subsequent investigation has found no solid evidence that the sculpture caused the spate of illnesses. “No possible causes have been confirmed,” Saudia Muwwakkil, a spokesperson for the GSA told Hyperallergic. “There was insufficient evidence implicating the artwork in the FBI facility and GSA believes the same would be true in any other facility.” Including removal, the work cost taxpayers $1.2 million.
Artsy Editors
Cover image: Helen Marten, Orchids, or a Hemispherical Bottom, 2013. Courtesy of the artist; Sadie Coles HQ, London; Greene Naftali, New York; Johann Koenig, Berlin; and T293, Rome/Naples. Image courtesy of Hirshhorn Museum and Sculpture Garden, Washington, DC.
Related Stories 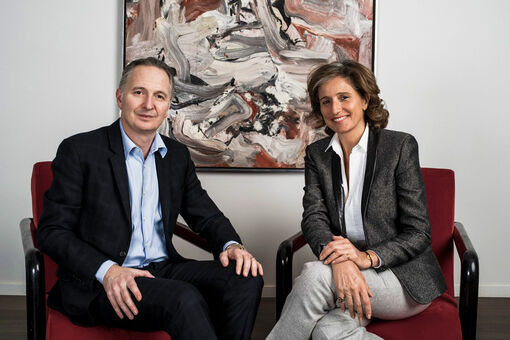 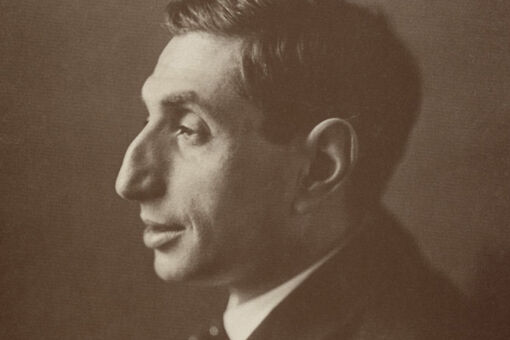