We Are in the Midst of a Crisis of Higher Education in Art, and Now’s the Perfect Time to Reform It 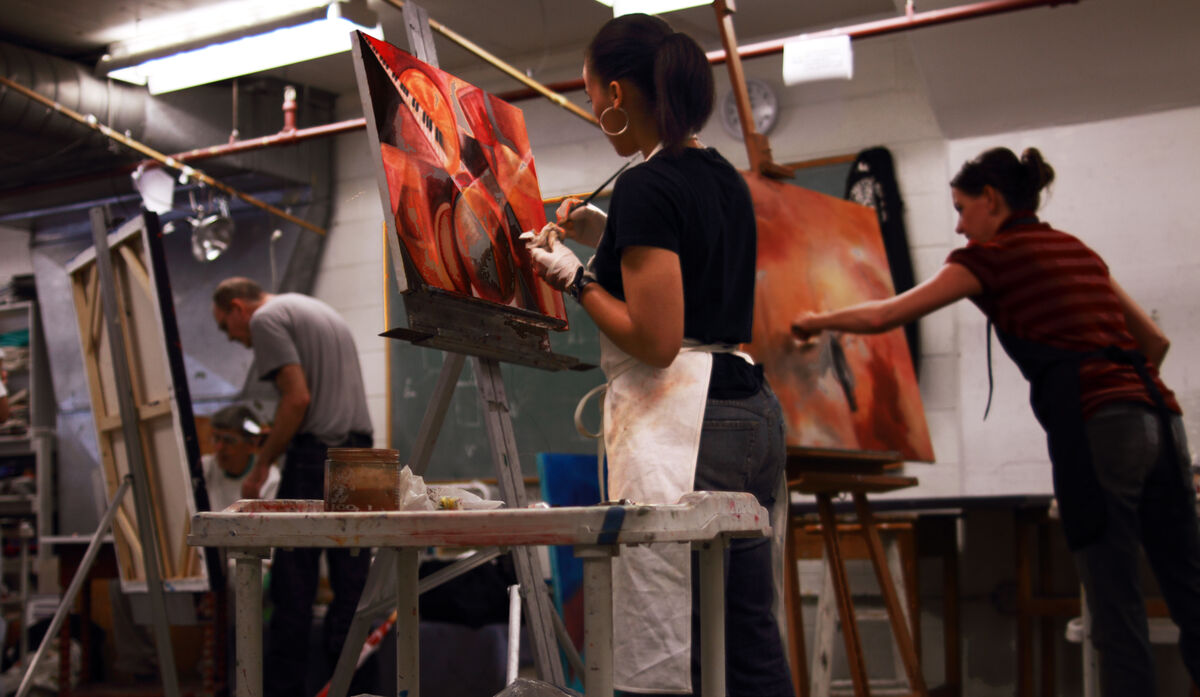 A series of events in recent years indicates that higher education in art is in the throes of a serious crisis. The Emory University Visual Arts Program was closed in 2012, a year before the Cooper Union—a former bastion of free education in New York—announced it would begin charging tuition. St. Paul’s College of Visual Arts closed in 2013, and in 2015 the entire first-year Master of Fine Arts class at the University of Southern California’s Roski School of Art and Design walked out.
Most recently, the U.K.’s Independent reported that the Royal College of Art—rated “the top university for art and design in the world” by an independent body—is presently in a “state of jeopardy” as a result of cuts in governmental support, faculty and staff departures, and student protests over reduced exhibition time and higher student-to-teacher ratios.
These events surface structural, cultural, and economic questions about the sustainability and relevance of art in higher education—questions that must be faced and addressed by faculty and administrators everywhere. The crisis also presents an opportunity for bold solutions that draw on lessons from an obscure chapter in the story of American art education and the laws of supply and demand.

“Students could shape the future of art education within and beyond the academy.”

Ninety-eight years ago, John Pickard, then president of the College Art Association (CAA), delivered his “President’s Address” in April 1917, where in unrestrained speech he declared: “In no other form of education today is there such a woful [sic] waste of the raw material of human life as exists in certain phases of art education.” Too many art schools admitting too many students—leading to too many graduates—perturbed Pickard. There were reportedly 32,960 registered American art students in 1917.
The most recent tally of the National Center for Education Statistics, published in 2012, revealed that students of the arts numbered 868,000. And schools are frequently failing those students. In fall 2015, the Education Management Corporation (EDMC) reported layoffs of 115 faculty and staff positions at its Art Institutes, a for-profit chain of art schools some regard as educational debt factories. EDMC also announced plans to terminate 15 of its 51 Art Institute campuses nationwide, affecting 1,200 employees and more than 5,000 students.
In the face of a student-debt crisis, the self-inflicted wounds of curricular stagnation, and over-saturated markets for art education, there will no doubt be more news about university art programs being dismantled. But in these conditions, art departments are ripe for the creation of platforms for students to incubate new conceptual and economic models for artistic education, production, distribution, and income—beyond a multi-billion-dollar art market built on a delicate patronage economy. Charged with expanding the terms for how, why, and for whom visual culture is produced and amplified in the 21st century, students could shape the future of art education within and beyond the academy.
Another aspect of the crisis facing American higher education in art today lies in the reality that university art departments have too often become sites for students of similar demographics, with similar perspectives, experiences, and class values. It follows, then, that they commonly produce similar work informed by Eurocentric art-historical themes forged, for instance, in Advanced Placement art history courses, which The College Board recently announced it would revise.

“These events surface structural, cultural, and economic questions about the sustainability and relevance of art in higher education—questions that must be faced and addressed by faculty and administrators everywhere.”

Moreover, socially conscious administrators will concede that “diversity” initiatives have yet to succeed in racially desegregating American art at a transformative scale, as research by BFAMFAPhD (a collective concerned with the restrictive cost of art degrees), the American Association of Museums, the National Endowment for the Arts—and the views of First Lady of the United States Michelle Obama—attest to.
In this regard, a troubling phenomenon of American higher education is that African-Americans proportionally make up far more of the athletic student body than those focused on other disciplines. (One study shows that in Division I men’s basketball, African-Americans accounted for 57.2 percent of student-athletes and whites accounted for 29.4 percent, while African-American student enrollment at large is 14 percent.) The extraordinary efforts to secure top football and basketball talent—many of whom are black—are sanctioned by most trustees, alumni, and administrators with enthusiasm. Imagine a similarly endorsed, organized, and funded initiative to recruit, cultivate, and educate African-American students of art. Such an initiative, informed by African-American Studies scholarship, could dynamically expand the curriculum, concepts, and content of arts education—and American art at large.
While aesthetics and art history should and will remain a part of teaching and learning, those university art departments that develop curricular and campus identities through interdisciplinary and trans-departmental collaborations, engage in efforts targeting alumni support, and generate curricular platforms for socially engaged art practice, new educational models, and funding proposals directed at foundations focused on democracy and equality (such as the Ford Foundation) will remain standing among the fallen.
Arguments for studying art cannot rest upon a defense of tradition or the status quo. Faculty claims to creativity, innovation, and visionary leadership are meaningless if the response to the challenges facing art in higher education are not commensurately creative, innovative, visionary, and above all, bold.
Bill Gaskins
Related Stories