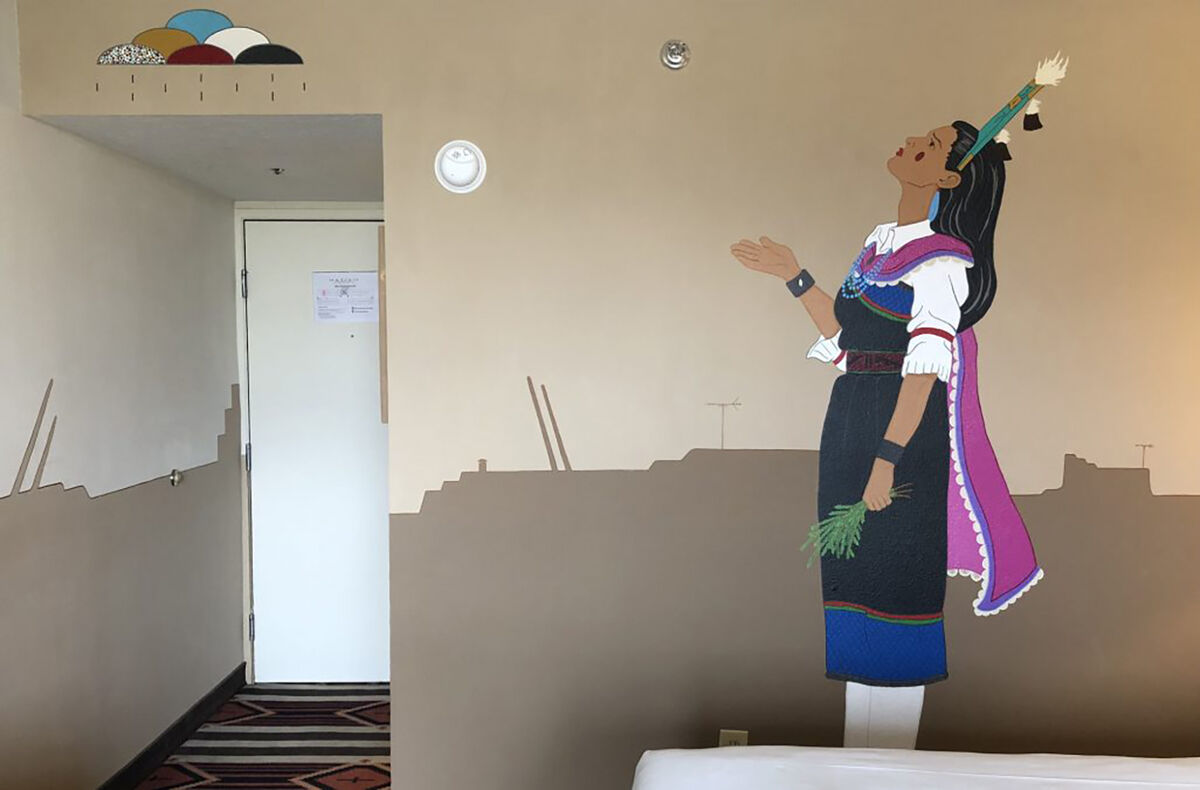 At the start of 2021, Yale Union, a nonprofit arts organization in southeast Portland, Oregon, will take part in an unprecedented venture: transferring ownership of its building, and the land it’s situated on, to an Indigenous-led nonprofit arts organization. The Native Arts and Culture Foundation (NACF) will use the $5-million, 112-year-old historic landmark building to program exhibitions, host cultural events, conduct residency programs, and house educational resources centered on Indigenous life. After the transfer is complete, Yale Union will effectively cease to exist.
The process began in 2018, when Yale Union’s late executive director, Yoko Ott, initiated a conversation with the NACF’s CEO and president, Lulani Arquette, in the hopes of exploring models of restorative social change. According to Flint Jamison, Yale Union’s current president, the impetus for this conversation was rooted in the increasing gentrification of the surrounding neighborhood.
“It was around 2015, 2016, when we started noticing all the cranes going up, and gentrification really started to accelerate,” Jamison said. “By 2018, it started to feel like all the decisions about the neighborhood were being made by people who didn’t live or work there. There’s a well-articulated history of arts organizations acting as the bleeding edge of gentrification. Looking around, seeing people being displaced, we felt complicit.” 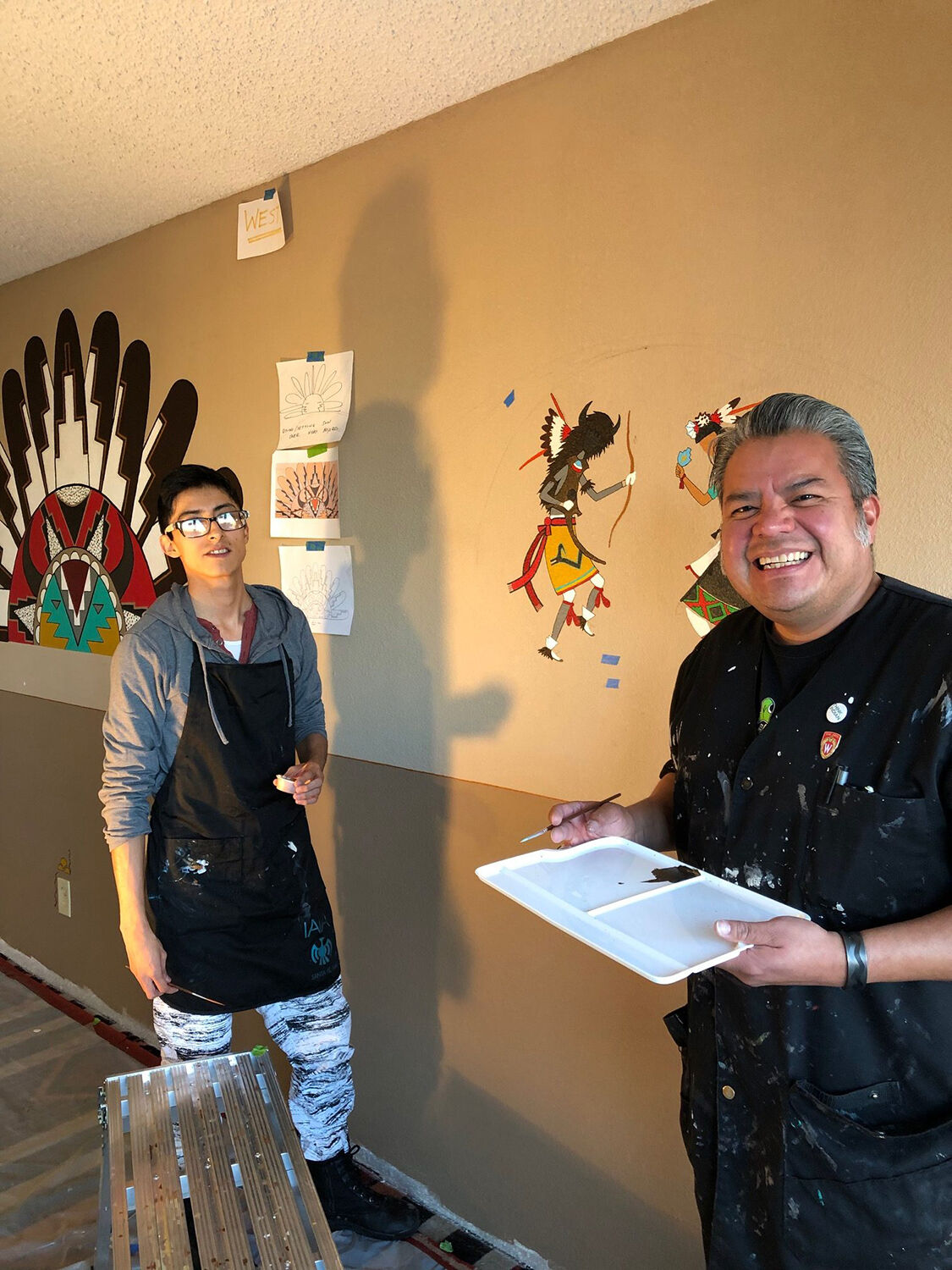 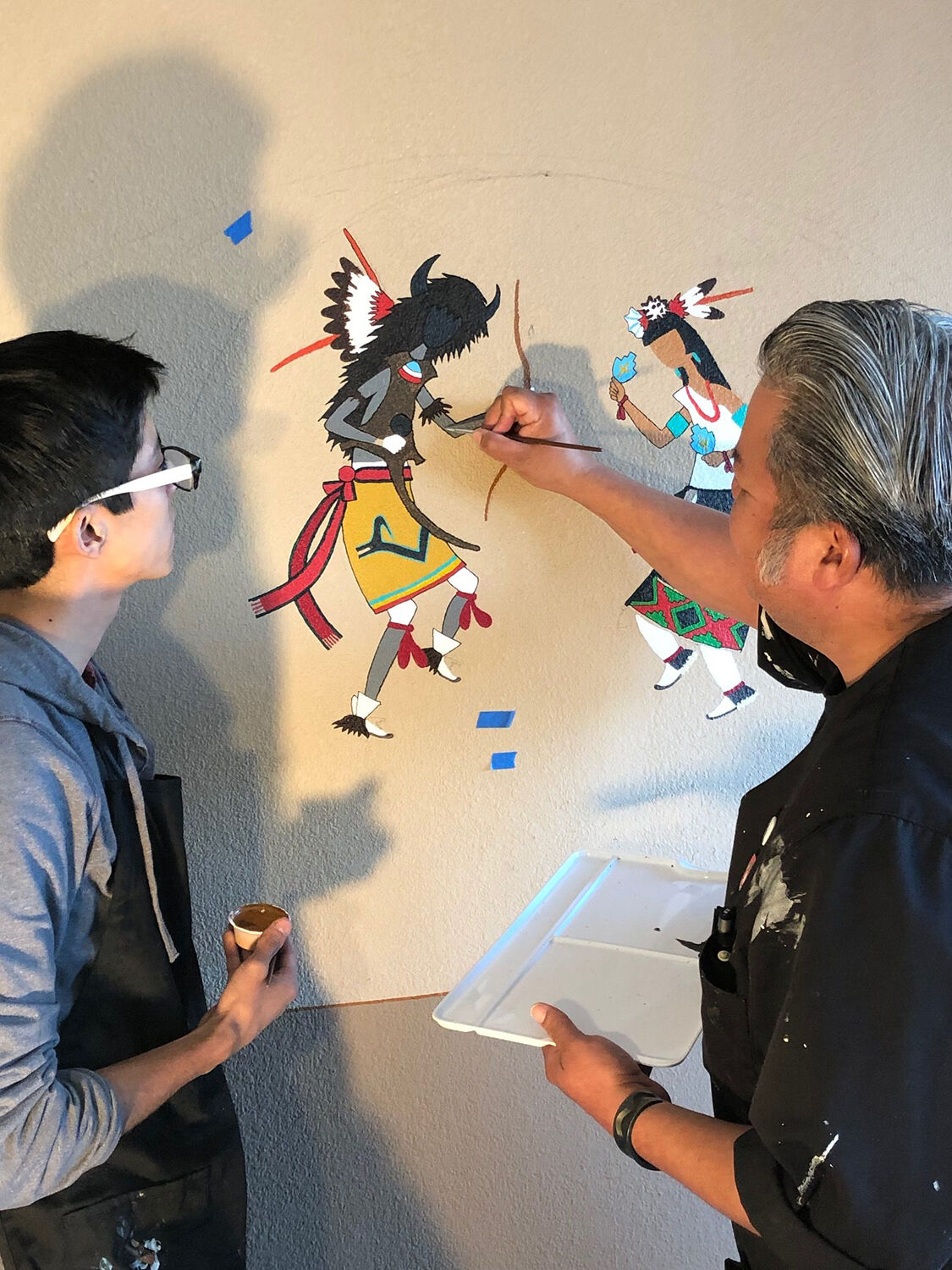 Ott—who had lived in Hawaii and, according to Jamison, had seen firsthand the violence this redevelopment inflicts upon communities—could not abide by that complicity any longer. She began talks with the NACF in 2018, not long before her unexpected death in October of that year. Both Jamison and NACF leadership pointed to Ott as an important catalyst in this historic handover.
After Ott’s passing, Jamison became the point person for Yale Union, which he said mainly meant acting as support for the NACF, which, over the course of the following year, conducted an in-depth feasibility study—not a simple process, according to Rupert Ayton, the NACF’s vice president of finance and operations.
“Being offered a very large building comes with a significant number of worries in terms of maintenance and tenants that NACF has not faced before,” Ayton explained. “We retained a number of experts to help us, and thankfully many others provided pro bono advice. We think we have learned everything we could about the building and land going back to before the building was initially erected. That detailed work helped our board arrive at the decision to accept the property.”
According to Ayton, the fact that the property was changing hands without any sort of monetary exchange required some creative legal documentation. “We started with a nonbinding letter of interest and then went to a pledge agreement,” Ayton said. “Typically buildings change hands with purchase and sale agreements, and we had to figure out language that communicated our mutual intent and purpose without it becoming just transactional.” 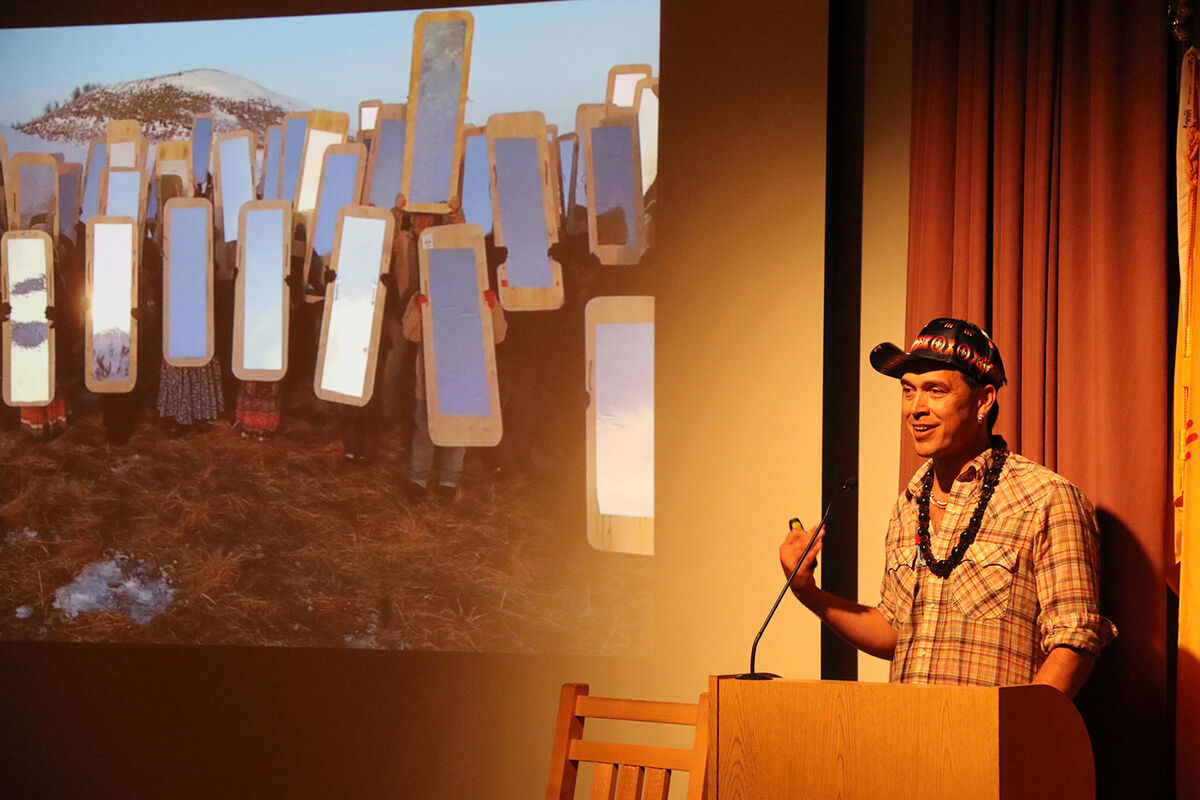 Advertisement
For the NACF, which has been developing public programming since 2010, the possibilities that arose from being able to have a sizable urban location of its own are manifold. The future Center for Native Arts and Cultures will allow the organization to provide not just support for its community, but also an actual place to gather and share history. In addition to residency programs and exhibitions, Ayton confirmed plans for a lecture and panel discussion series focused on expanding Native narratives and histories, emphasizing that NACF’s mission is to not only support Indigenous artists, but also curators and critics: “To shift academia from anthropology to art history,” as Ayton put it. With an expansive new headquarters, the task of building an archive is more achievable than ever.
Though Yale Union is not receiving any financial gains from this transaction, Jamison denounced the idea that the exchange is any sort of charitable act. “We’re not ceding anything, we’re not donating anything,” Jamison said. “This isn’t charity. There’s a complicated relationship around those types of words, because they imply we were the rightful owners of that property in the first place. And it’s like, how can we give something we actually didn’t own?”
Ayton concurred, stating that the entire point of the NACF’s use of the space is that it will exist outside of the colonialist lineages that many American museums propagate—a mission made much more feasible without the financial strains of debt—or donation-based models.
That refutation of both the colonialist and capitalist baggage possessed by most other American museums is what makes the transfer such a radical venture. Both Ayton and Jamison pointed out the lack of any identifiable forebears for the project, with Ayton stating that “returning land to Native people as a place for arts and cultures” is more or less unheard of. 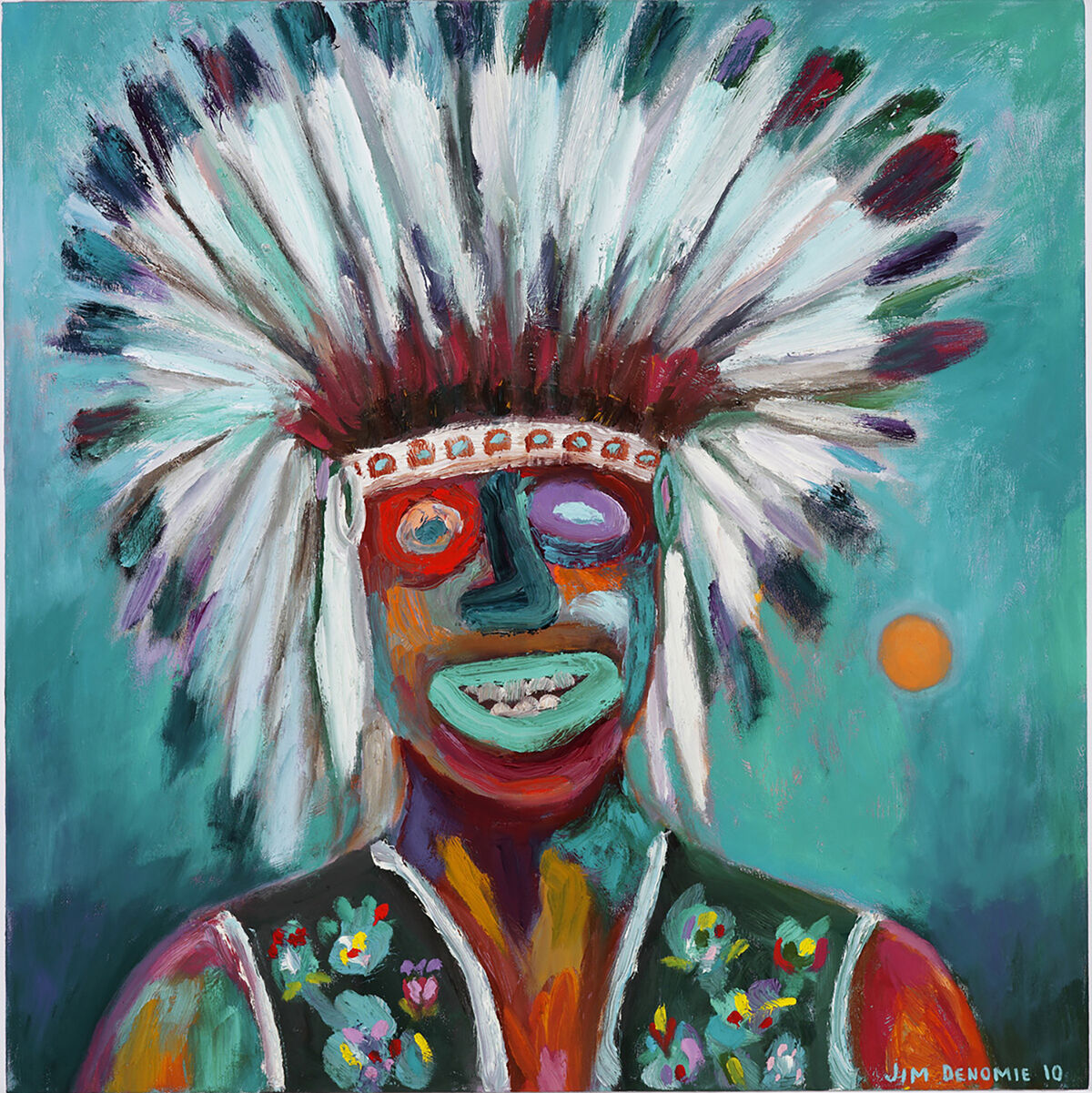 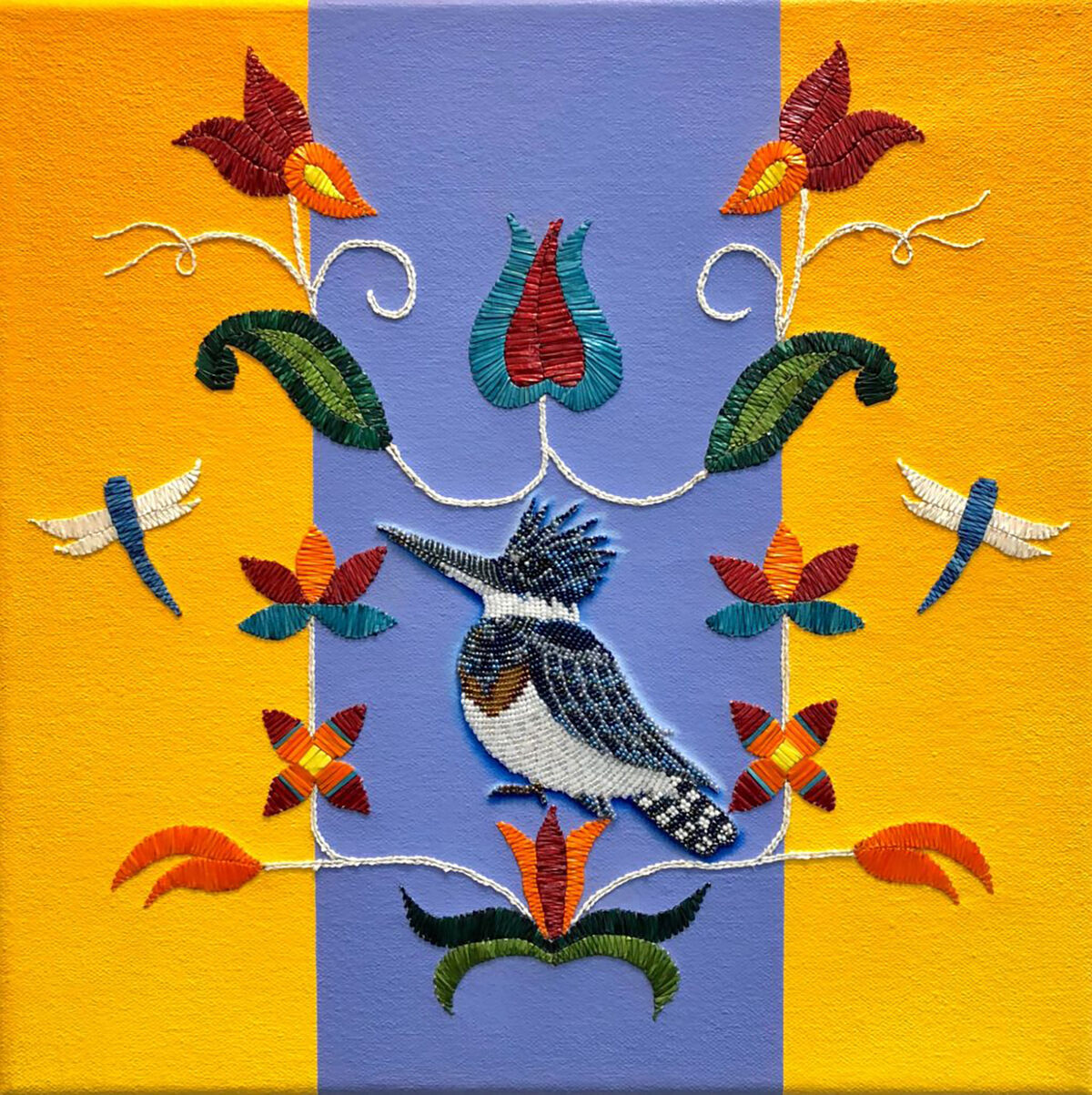 For Jamison, the only real precedent lay in writing. He pointed to Eve Tuck and K. Wayne Yang’s essay “Decolonization Is Not a Metaphor” as being particularly impactful in orienting the way he thought about restorative change.
“Structural change cannot happen without loss—somebody’s going to be losing something if we truly change,” Jamison said. “There are all these feelings of loss coming up; our staff are losing very tangible aspects of their lives. But in this, there’s a win for the rest of the world.”
In addition to its symbolic impact, the new NACF facilities will have a tremendous effect on its surrounding Indigenous community. “Despite the size of greater Portland’s Native community, and despite the number of Native organizations in greater Portland, the Native community is still invisible,” Ayton said. “Portland’s Native community hungers for opportunities to engage in Native arts and cultures and turn out in significant numbers for lectures, readings, exhibitions, and conversations when those activities are held in a safe, welcoming, Native-specific space. Native artists need a place to call their own, to build their confidence to make a lasting and positive impact on the arts, the community, and society as a whole.”
Justin Kamp is an Editorial Intern at Artsy.
Related Stories