Why the History of Dada Shouldn’t Ignore the Russians 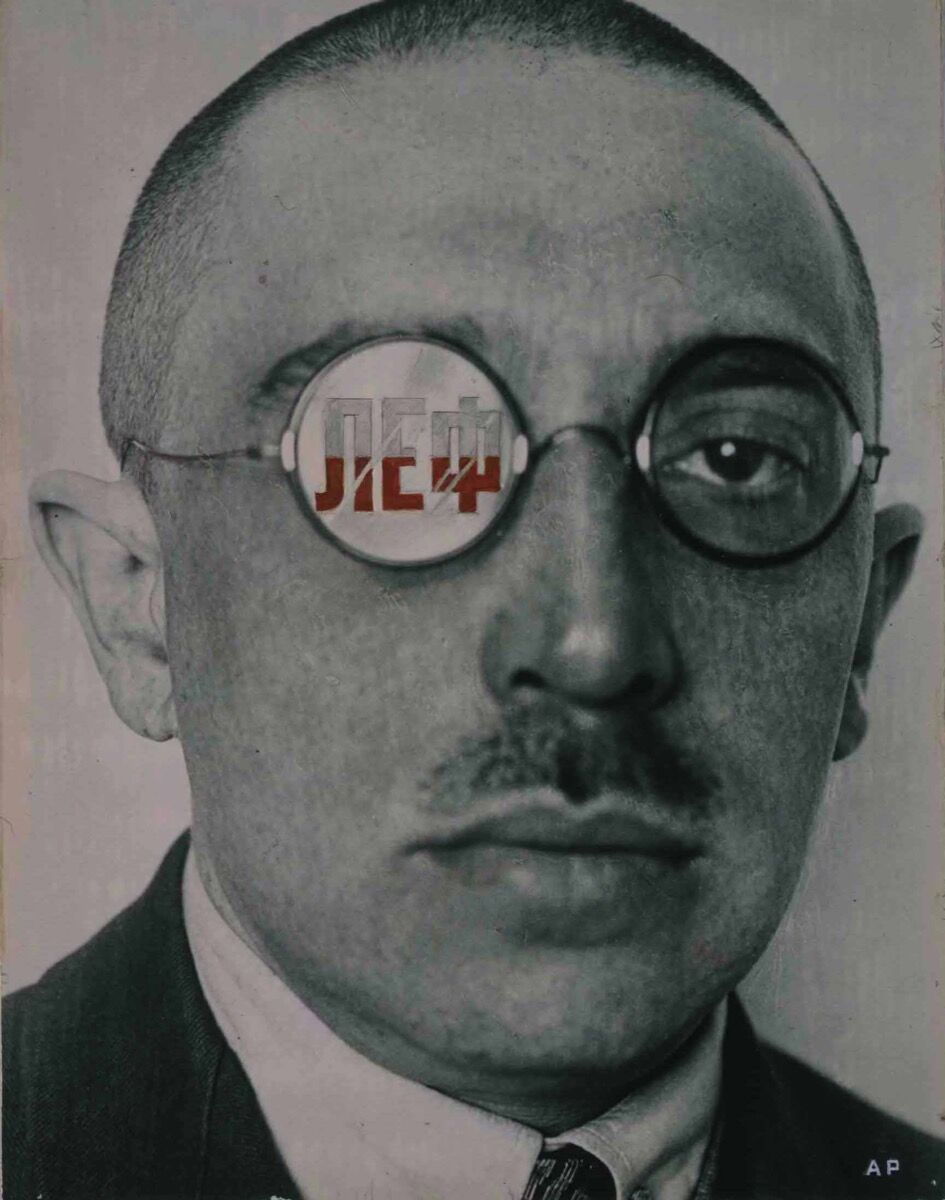 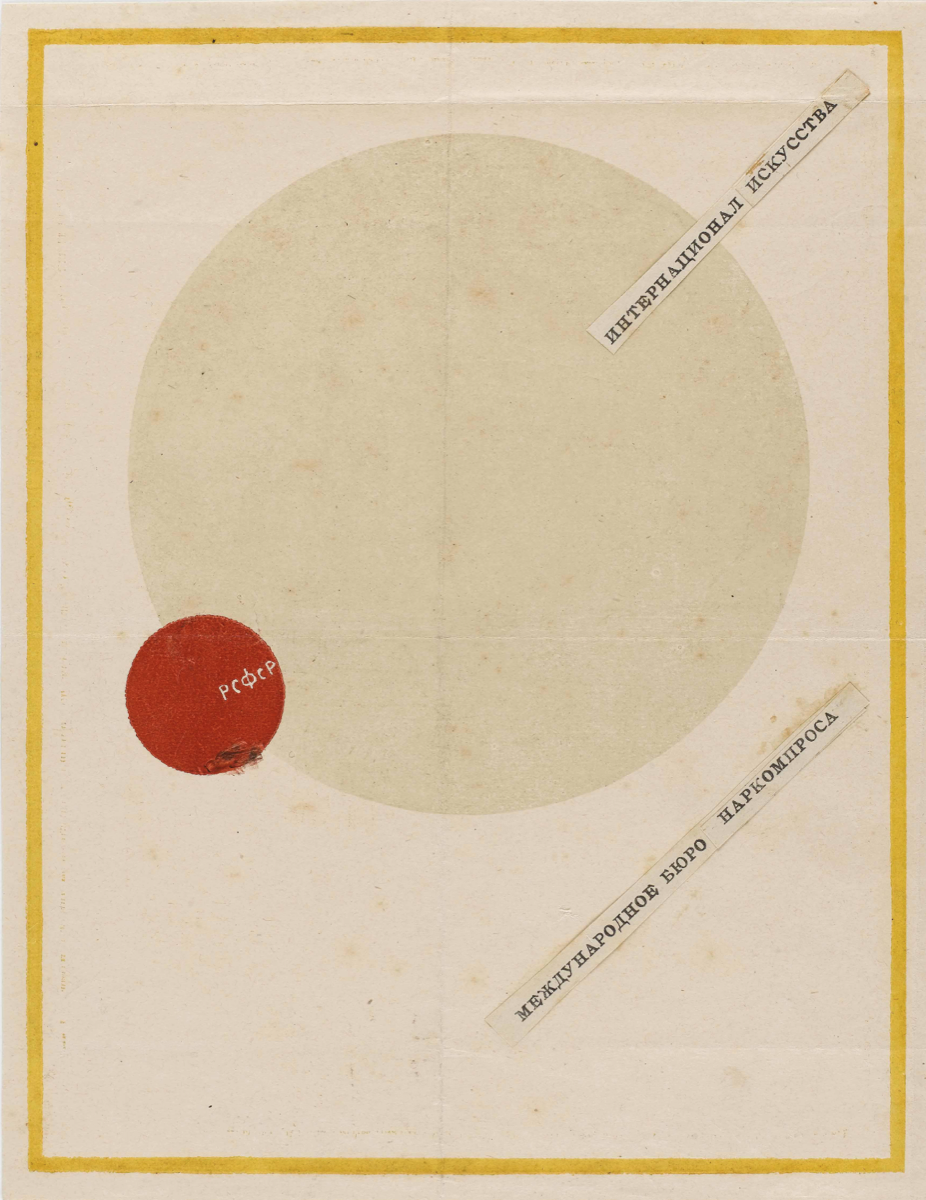 The anarchic literary and artistic movement known as
Dada
emerged a little over 100 years ago at the Cabaret Voltaire in Zürich, Switzerland. The contrarian spirit of Dada—embodied less by a particular style than a shared passion for upending the conventions of modern society—was a reaction against the horrors of World War I. As the story goes, it disseminated from the movement’s founders, Hugo Ball and
Tristan Tzara
, to Western Europe, and then to New York City, where
Marcel Duchamp
and
Francis Picabia
led the charge with rabble-rousing humor and more than a little irony.
There is one contingent, however, that seems woefully overlooked in mainstream discussions of the fanatically absurd art movement: the Russians. (Don’t we always seem to underestimate them?) Ball once wrote that he chose the name Dada because it reflected the nonsensical values he espoused. “In French it means ‘hobby horse,’” he explained. “In German it means ‘good-bye,’ ‘get off my back,’ ‘be seeing you sometime.’” But its most basic definition may very well be found in Russian: da, da—yes, yes! 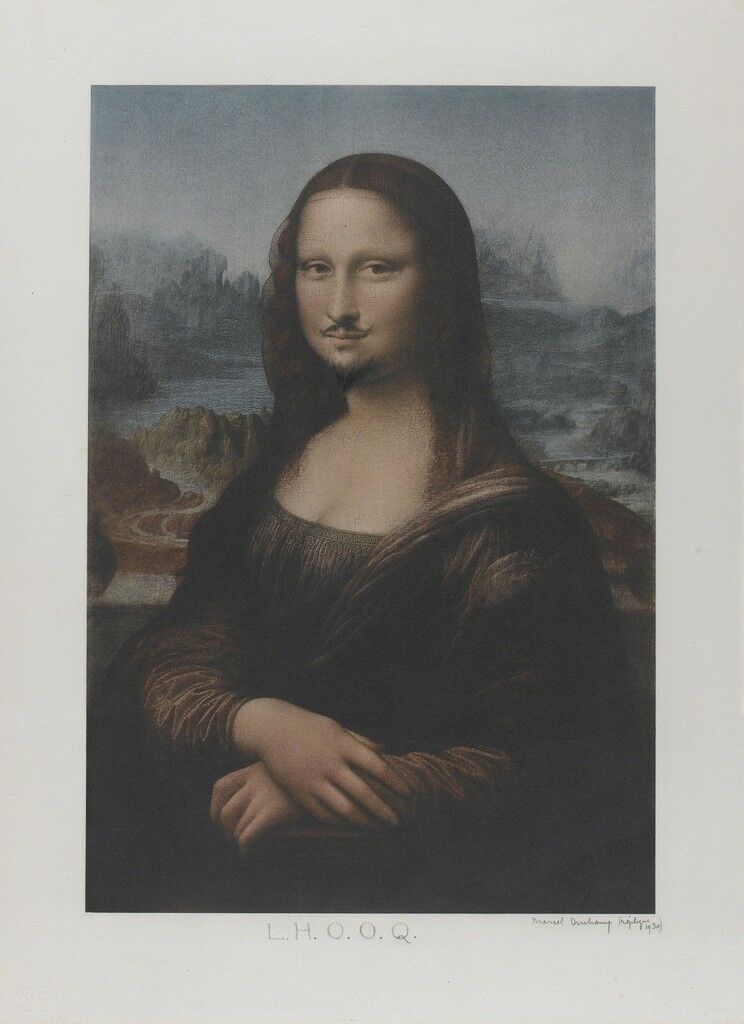 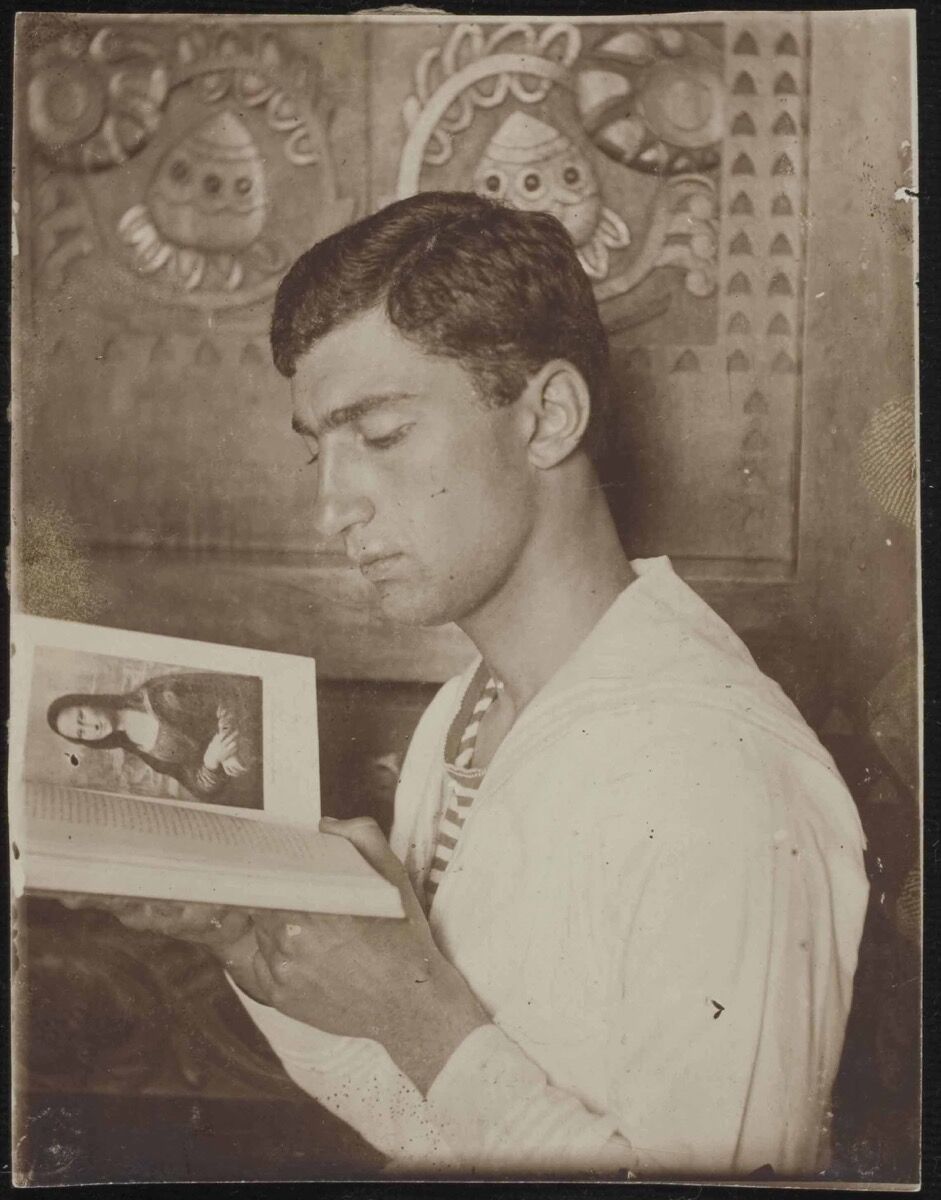 Several radical artistic experiments caused the German artist and filmmaker
Hans Richter
to conclude in his 1965 book, Dada: Art and Anti-Art, that “Dada tendencies seem to have made their first appearance in Russia.” In 1911,
Leonardo da Vinci
’s Mona Lisa (ca. 1503–06) was stolen from the Louvre in Paris by three handymen. The scandal that accompanied the widely reported theft catapulted the lost painting to icon status. It subsequently became a target for avant-gardists looking to explode bourgeois society with their own “anti-art.” Art history remembers when Duchamp famously drew a mustache on a postcard reproduction of the Mona Lisa in his 1919 readymade L.H.O.O.Q. But seven years before that, a young Georgian and French artist named
Ilia Zdanevich
defamed Leonardo’s masterpiece, rejecting traditional artistic values for radically modern ideals.
A 1912 photograph shows Zdanevich gazing at a book printed with a reproduction of the painting. The same year, he delivered a performative lecture to an artistic and literary society at the Troitsky Theater in St. Petersburg, where he stated that the Mona Lisa was not worth finding. “Art must reflect contemporaneity, in my opinion; a pair of contemporary shoes is more precious, more elevated and useful than all Leonardo da Vincis,” he declared. “Giaconda, go to hell, Giaconda! We should represent a big city. We should paint slaps and street fights.” Zdanevich’s attitude embodied the revolutionary spirit that would animate Dada in Russia.
“Russian Dada 1914–1924,” a recent exhibition at Madrid’s Museo Reina Sofía, attempted to reinsert the Russians into the Dada conversation, positioning their radical output in all mediums—from painting, printmaking, and publishing to collage, readymades, performance, photography, and film—not only in the context of the movement’s international reach, but also its local concerns. 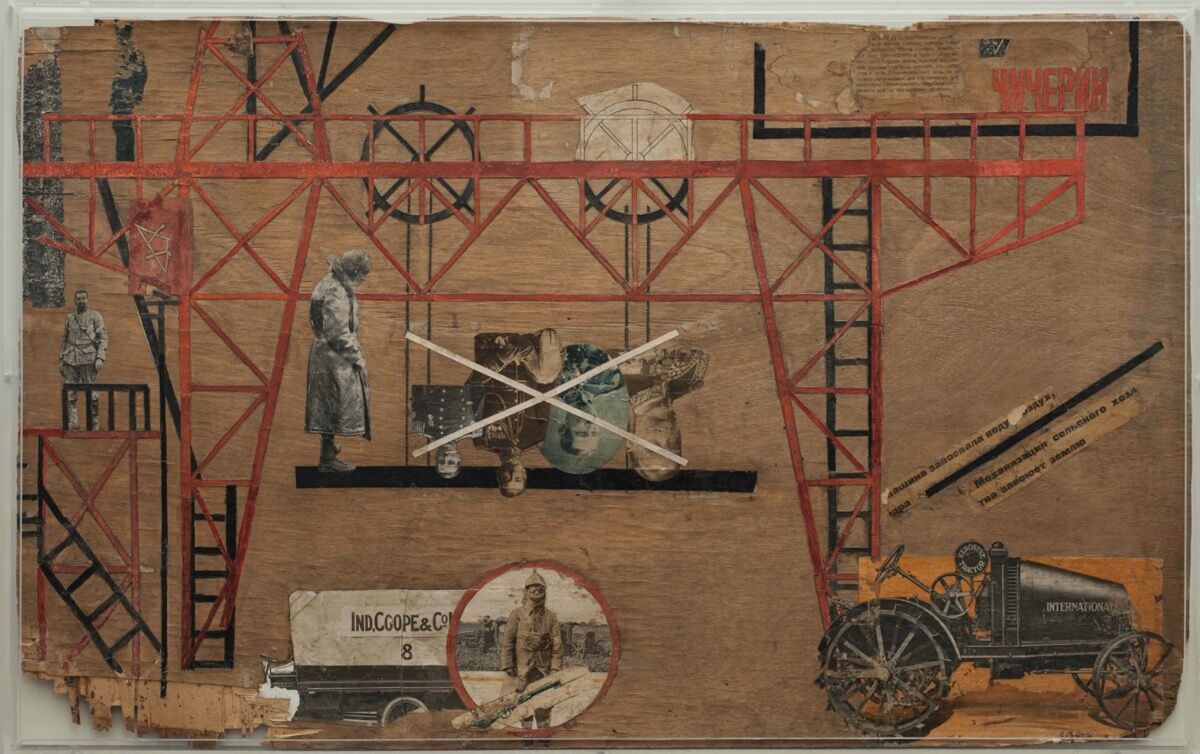 Advertisement
Curator Margarita Tupitsyn, who organized the exhibition and edited the accompanying catalogue, hopes to shed light on the unique position of the Russian Dadaists. “Dada manifested itself in different countries, under different circumstances,” she told Artsy. Only in Russia, however, did it seem possible that the avant-gardists’ rejection of the past could directly influence their political and social future. “The Russians were working in a rather unique atmosphere of state support, and were directly involved in establishing state institutions,” Tupitsyn said. “Their influence was unprecedentedly widespread, and impacted the education of millions of people.”
The Bolshevik Revolution of 1917, led by leftist Vladimir Lenin (who lived across the street from the Cabaret Voltaire while in exile), marked the end of centuries of imperial czarist rule. The emergent Communist Party represented change—a new world order—that had engineered what F. Scott Fitzgerald termed “the greatest experiment ever made by humanity” in his 1934 novel Tender is the Night. This robust period of utopian, Marxist experimentation ended with Lenin’s death in 1924 and the quick rise of Joseph Stalin, whose brutal dictatorial reign perverted the Revolution’s ideals.
For Russian artists, politics and activism took precedence in their work over the aesthetic concerns of their Dada counterparts in Europe and the United States. The Communist regime supported their endeavors, creating “channels for exhibitions, publications, and international alliances,” Tupitsyn explained. Reflecting this radical socialist background, Russian Dadaists saw themselves as politically active, “a democratic union that embraced international artists working in various ‘isms’ and techniques, including film and photography,” she added. 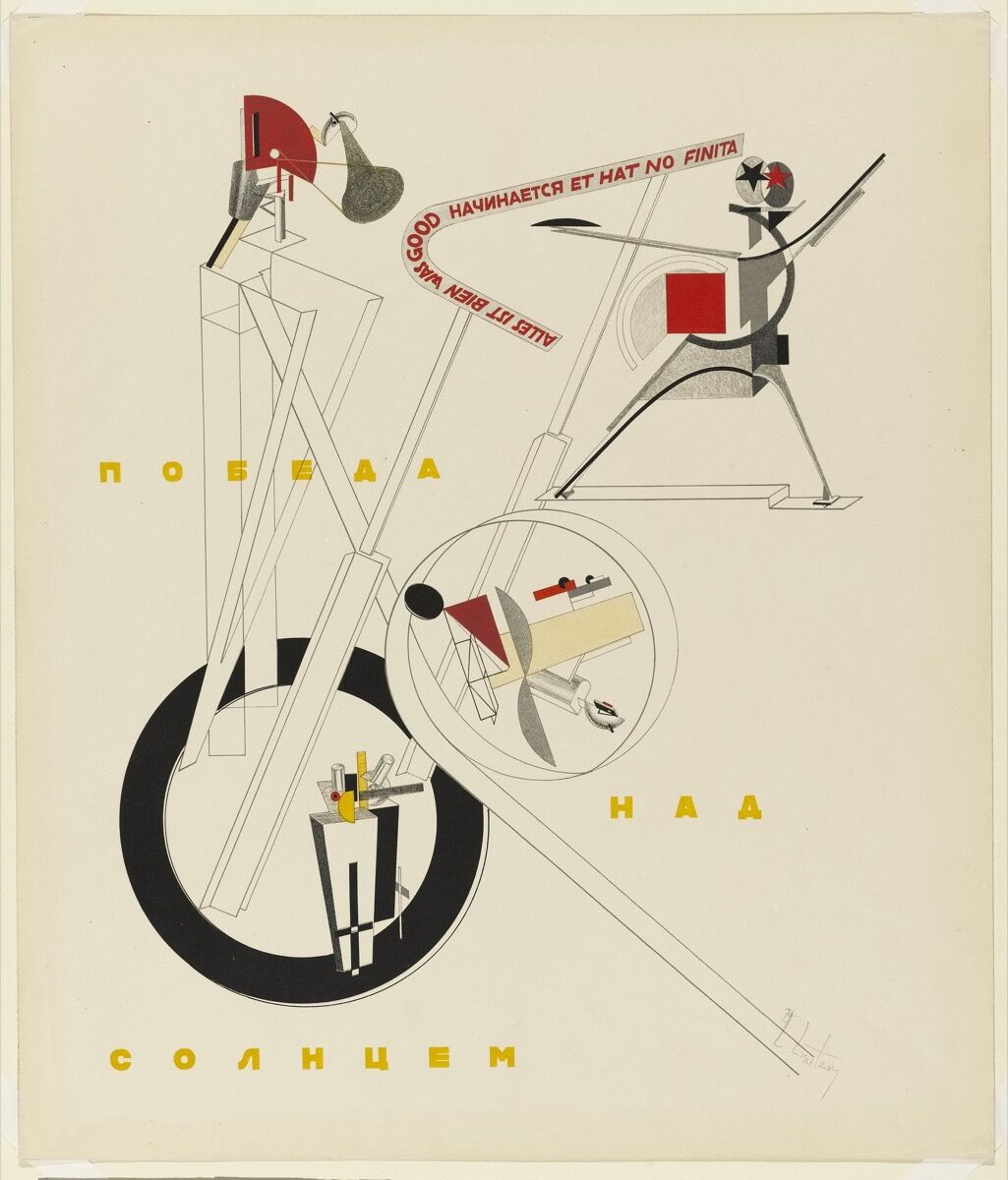 El Lissitzky, “The New Man,” from Figurines: The Three-Dimensional Design of the Electro-mechanical Show “Victory over the Sun,” 1920–23. Courtesy of the Museo Nacional Centro de Arte Reina Sofía. 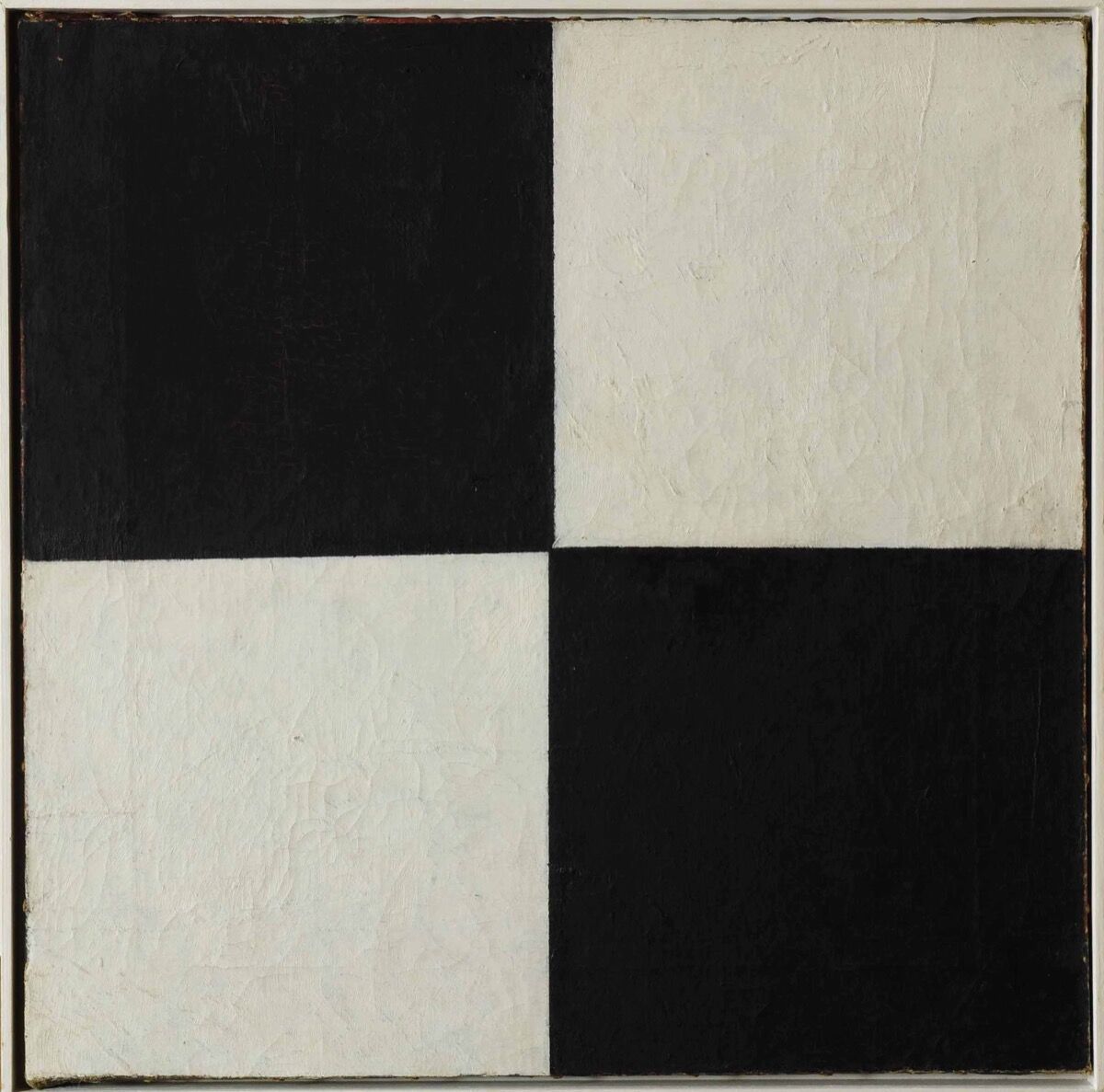 In 1918, avant-gardist
Mikhail Larionov
and his partner
Natalia Goncharova
founded Everythingism—an “unrestrained amalgamation of all other styles,” Tupitsyn writes in the exhibition catalogue—to “undermine European modernists’ fixation on originality and authorial significance.” Artists including Zdanevich, Mikhail Le Dantu,
Kasimir Malevich
,
Alexander Rodchenko
,
Vladimir Tatlin
,
Varvara Stepanova
,
Kirill Zdanevich
, and Aleksei Morgunov exhibited their work not only in galleries, but also at public protests and theatrical performances (as well as at the Fantastic Pub in Tbilisi, a Caucasian version of the Cabaret Voltaire), reacting against seemingly outdated pre-war values by adopting tactics that included irony, chance, copying, and the absurd.
“We—are the proletarians of the brush! Creator-martyrs! Oppressed artists!” Rodchenko wrote in his 1918 treatise To Artists-Proletarians. This political awareness had a paradoxical nature to it, just as Dadaist practices were “a way to resist political power while also serving it,” Tupitsyn explained. “It was a way of not succumbing to conformism even if avant-garde artists believed they were working for a socially progressive regime.” Dadaists believed that negation—engendered by such contradictions—could offer a kind of liberation. “Dada is anti-Dada,” as the equation goes. To that end, their work is humorous, nonsensical, and difficult to pin down.
The most famous absurdist production from this time is the opera Victory Over the Sun, first performed in St. Petersburg in 1913. The opera opened with a pair of “Futurist Strongmen” in boxy cardboard armor. As they stepped into “the future,” they declared: “All’s well that begins well and has no end / The world will perish but there is no end to us!” The fragmented text was composed in poet Aleksei Kruchenykh’s “transrational” form of expression, dubbed zaum, which employed nonsensical words spoken in unconventional rhythms in order to upend conventional meanings. (In Russian, zaum translates as “beyond the mind.”) 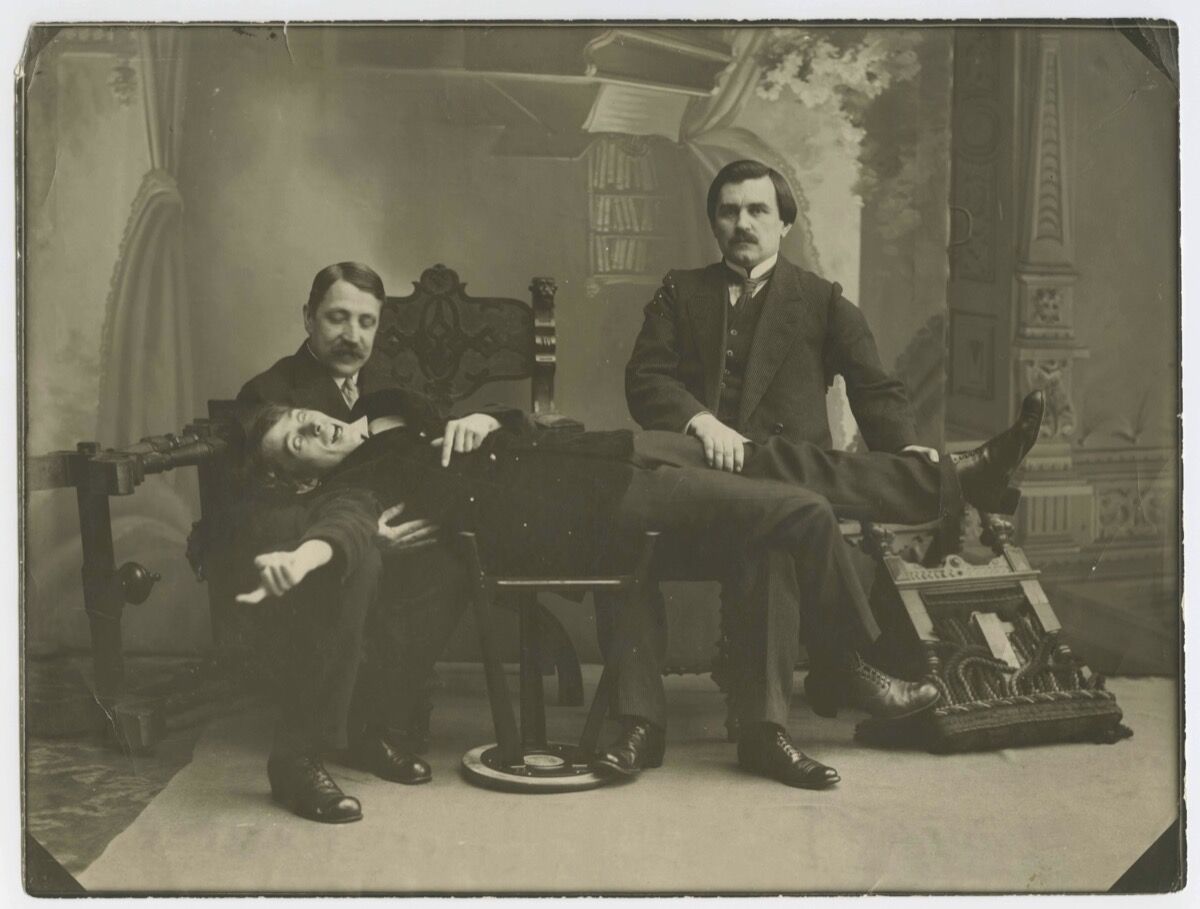 El Lissitzky
designed the poster for the show, an elegantly striking mechanized line drawing, and Malevich provided the set design: backcloths adorned with only a large black square. Malevich’s famous Black Square painting (1915), exhibited two years after Victory Over the Sun premiered, is now considered the first nonobjective work of art, but it was “born as a theatrical prop,” Tupitsyn writes, rooted in the transcendently groundbreaking world of Dada theater.
By crafting an artistic approach that embraced contradiction, “artists were preserving a spirit of avant-gardism to build a new mainstream culture,” Tupitsyn said. The Russians valued anarchy in their work; they believed that the revolution—and their free-wheeling avant-garde spirit—would engender a progressive new society. “This, of course,” Tupitsyn noted, “proved to be a utopian view.” Even so, the Russian Dadaists demonstrated that absurdity can be a powerful political strategy. Its nonsensical aspirations show that in negation there is freedom—freedom from the past, from convention, from the restrictions of logic and good taste.
Julia Fiore
Related Stories

Elsa von Freytag-Loringhoven, the Dada Baroness Who Invented the Readymade 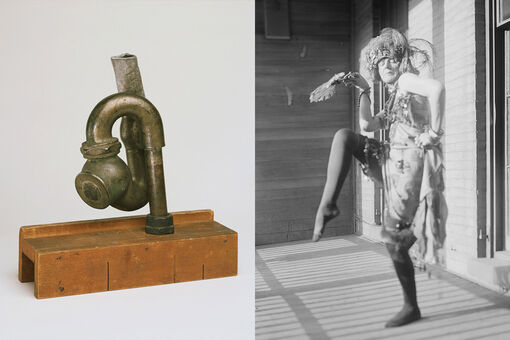 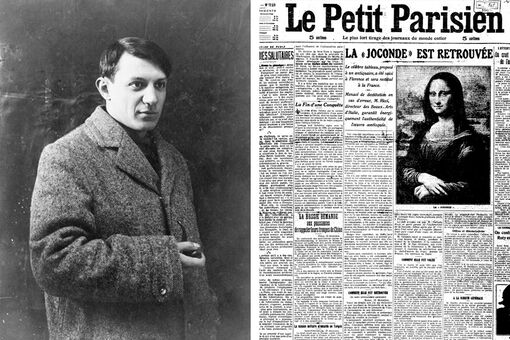