Hits and Misses at the Venice Biennale’s National Pavilions 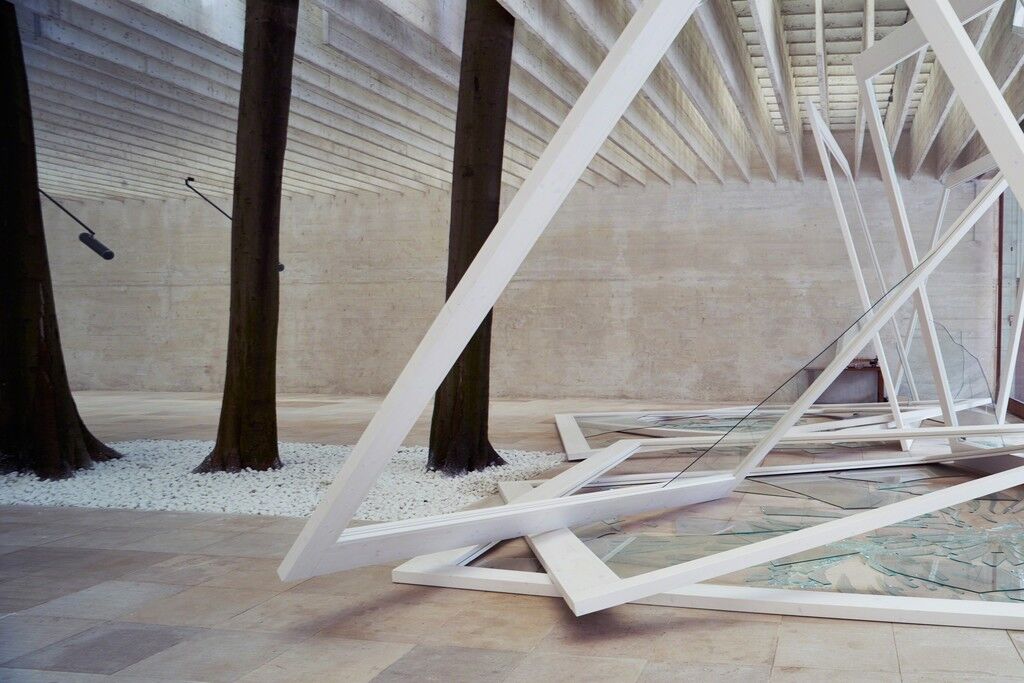 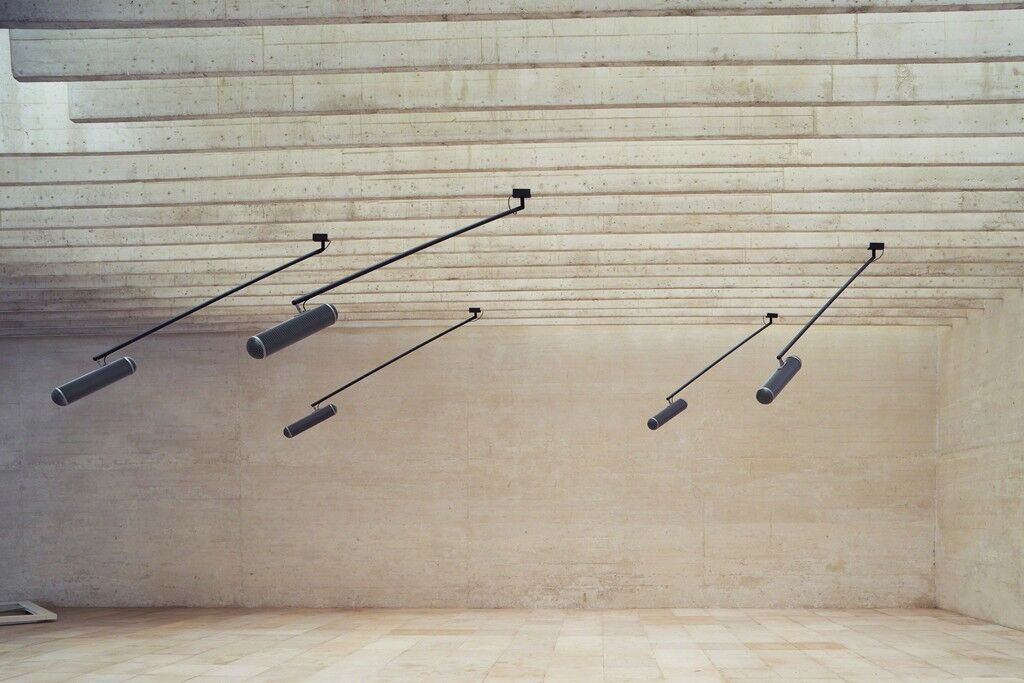 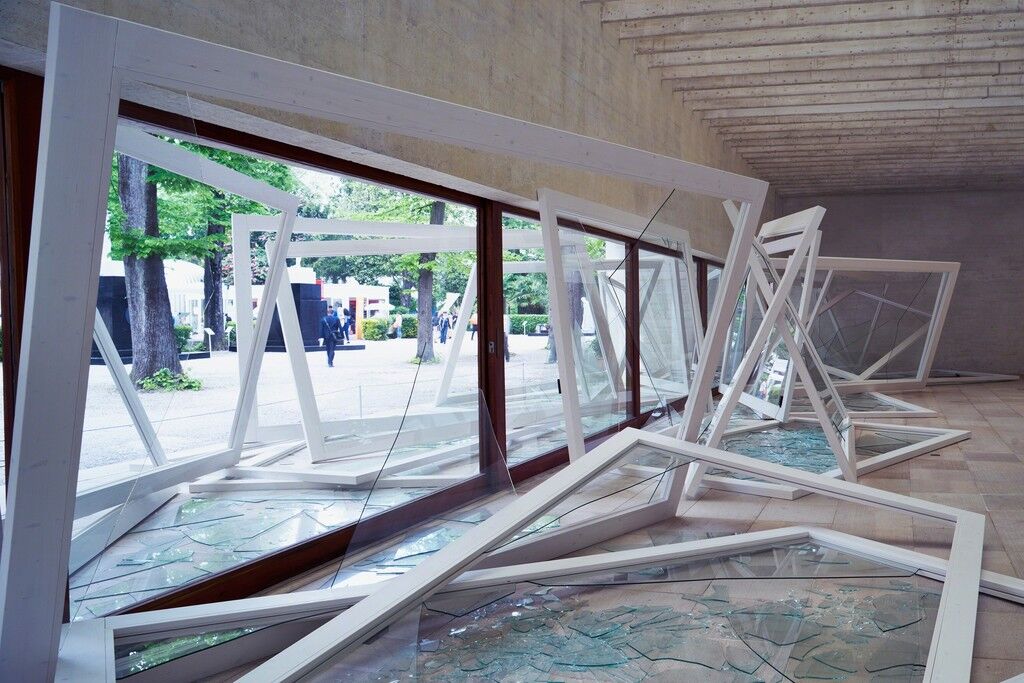 Rapture (Installation view), 2015
56th Venice Biennale
The clear knockout of the Giardini, Norway takes over the Nordic Pavilion with
Camille Norment
’s aptly named Rapture, a gorgeous sonic and architectural landscape of broken glass panes and giant microphone-like speakers that emit the soothing, penetrating drone of music composed on a glass harmonica. On the second day of the press preview, Norment—who is American-born, Oslo-based—performed on the antiquated instrument, which resembles an enchanted spinning wheel, accompanied by a violinist and guitar player and surrounded by throngs of rapt viewers. 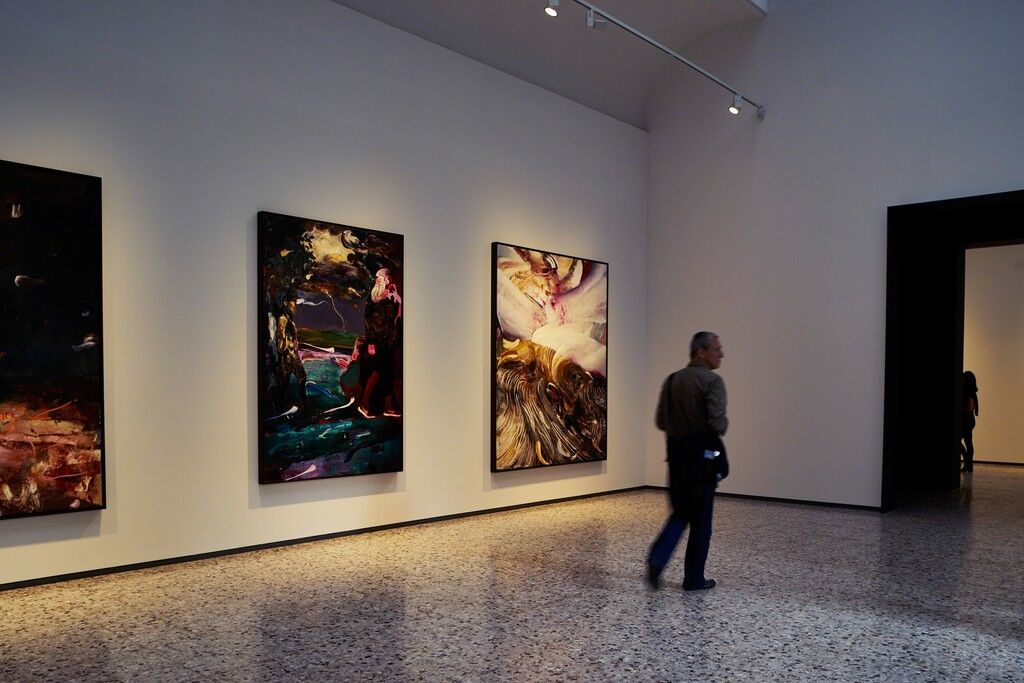 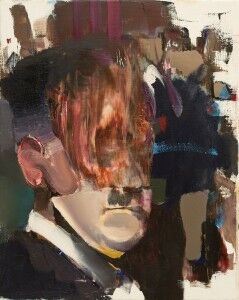 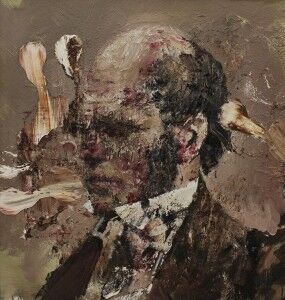 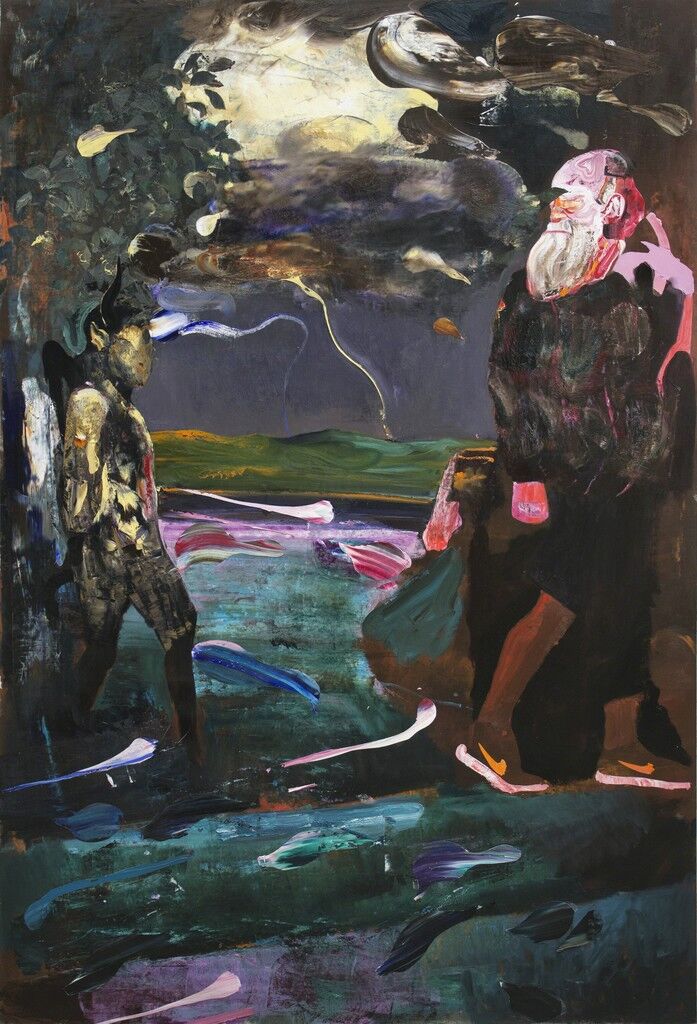 Darwin and the Satyr, 2014
56th Venice Biennale
At the Romanian Pavilion,
Adrian Ghenie
has a tour de force presentation of some 20 paintings and drawings that take Charles Darwin as a prism through which to explore the loaded history of the 20th century. His expansive, psychologically nuanced compositions place the human figure at the center of history (albeit a highly male-centric one—the protagonists and anti-heroes of this history being Hitler, Lenin, Darwin, and van Gogh, each of whom make appearances in his work). 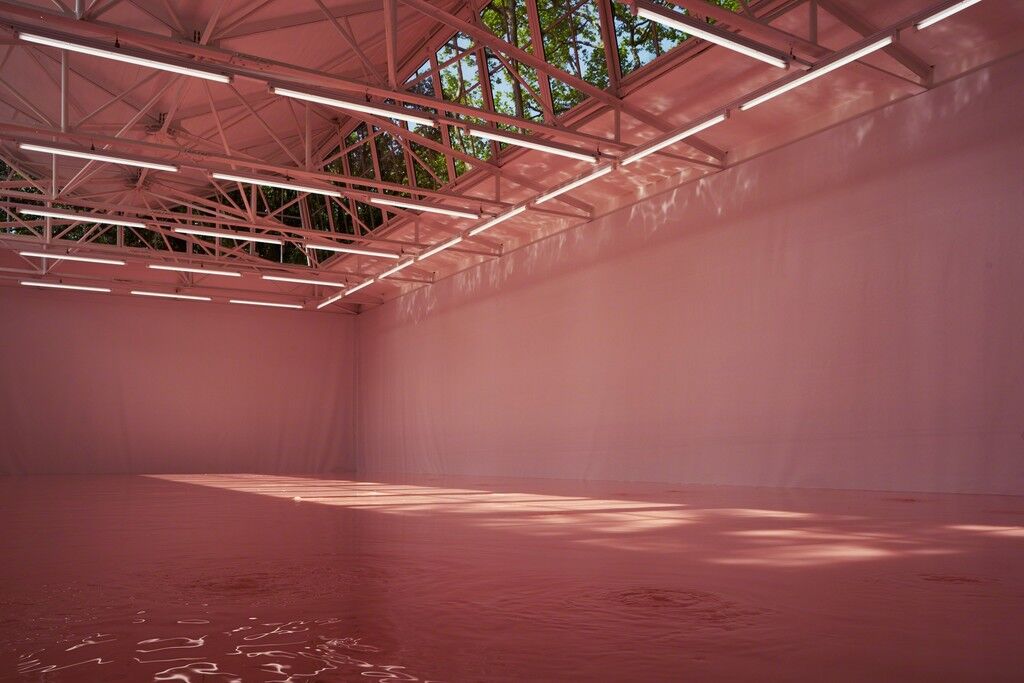 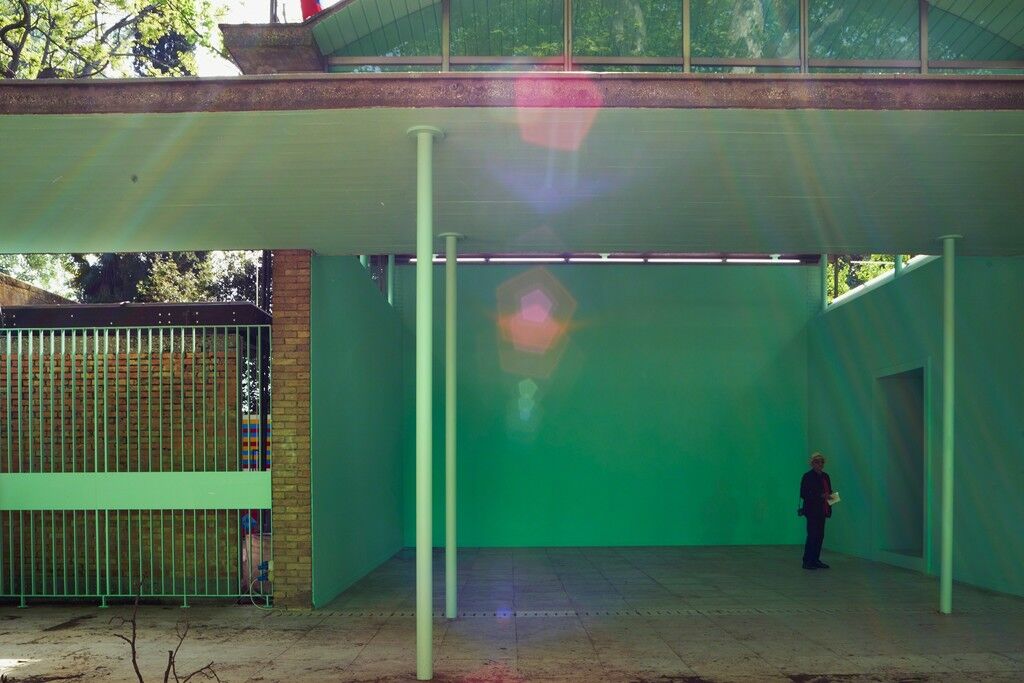 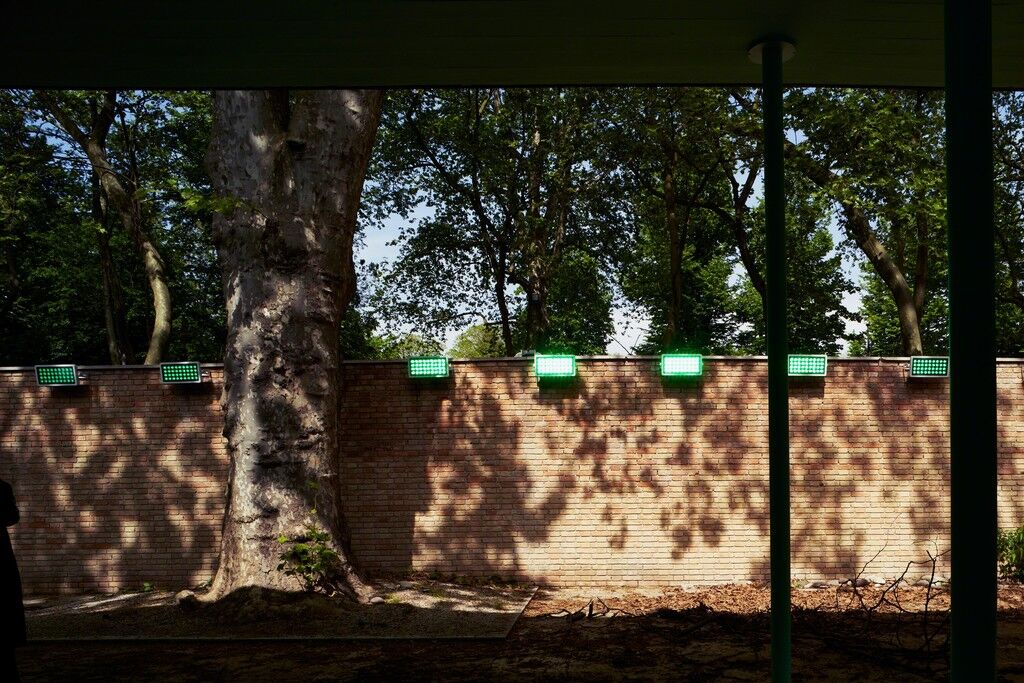 Our Product (Installation view), 2015
56th Venice Biennale
A reprieve from the Biennale’s clamoring crowds comes in the form of the
Pamela Rosenkranz
’s Swiss Pavilion. Visitors approach her installation through a pale green glow of light, scattered leaves and mud, and the sound of apparently nonsensical words emanating from an invisible source—“Albinium, Laltissimo, Mymone.” Their path culminates in a faintly-sweet-smelling, bubblegum-pink lake that (the literature explains) is composed of hormones and other bioproducts and approximates in color the average northern European skin tone. Any racial commentary may be lost on viewers, but the narcotic effect—and spectacle—of this mesmerizing soup of Viagra, neotene, and other artificial and organic components won’t be. 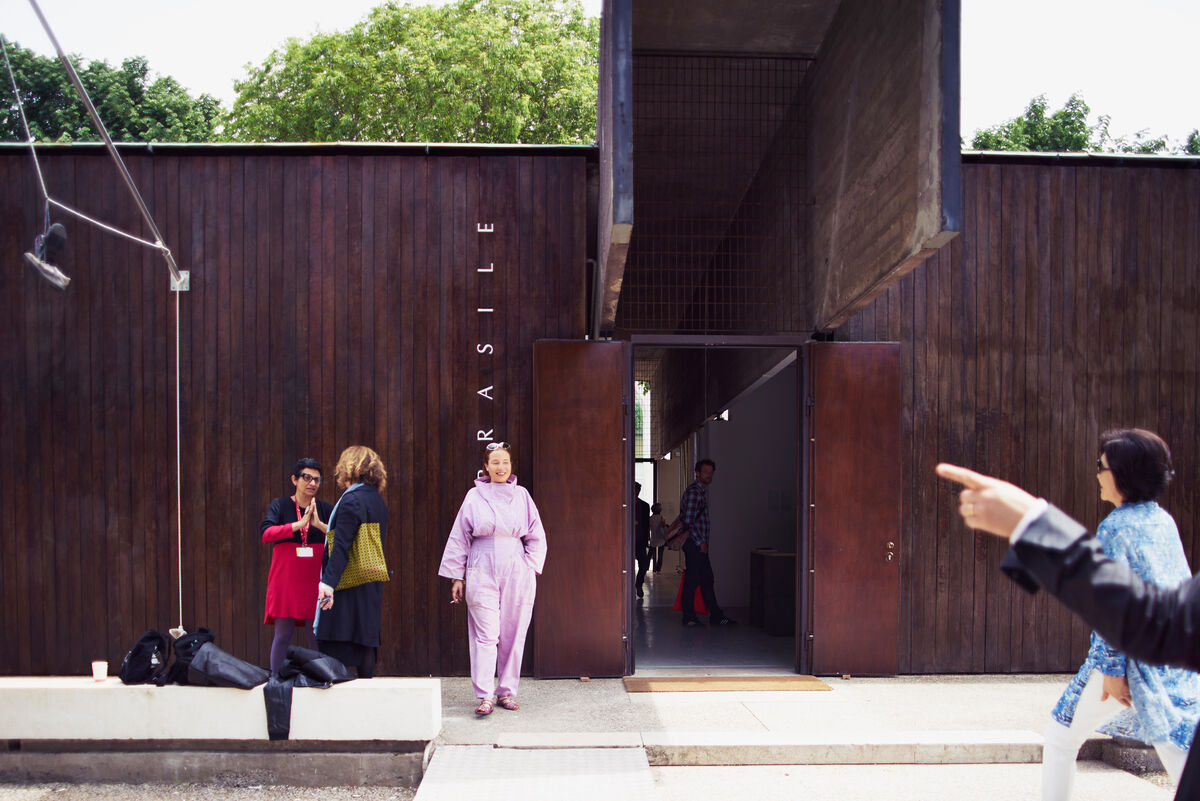 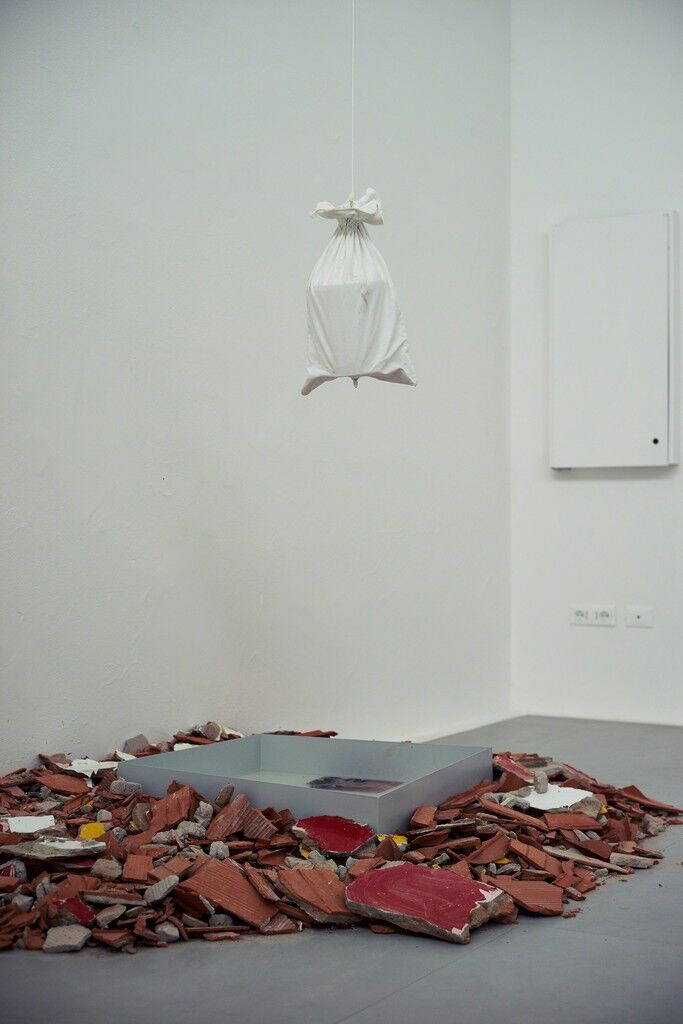 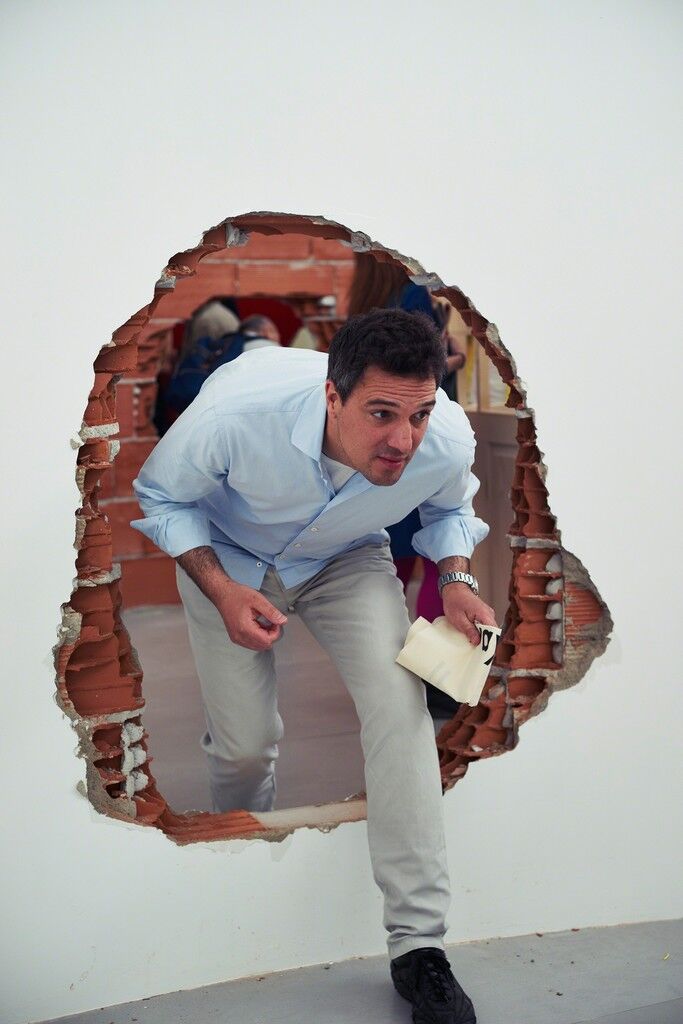 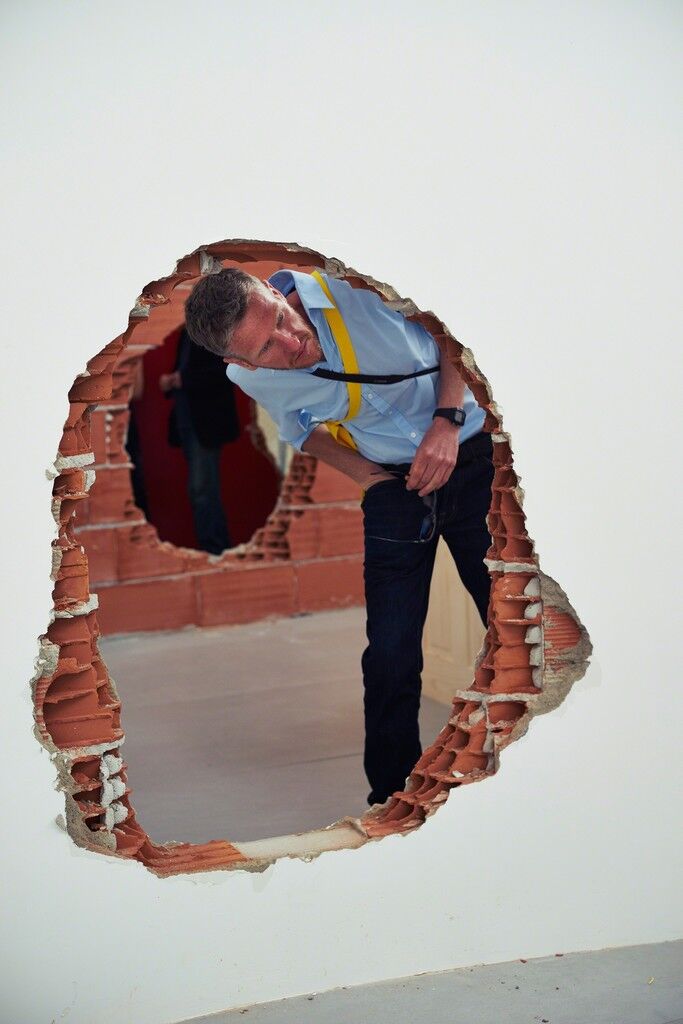 Occupations/Discoveries (Installation view), 1998
56th Venice Biennale
Outside the Brazilian Pavilion, a pair of worn sneakers hang from a flagpole (by
André Komatsu
), invoking the street semiotics of drug use and setting the tone for a remarkably cohesive multimedia group show that brings the country and some of the issues that afflict it under one roof. Works on view include a video performance by
Berna Reale
, who carries the Olympic torch through the run-down, rat-ridden prisons and dilapidated parts of São Paulo in an eloquent expression of the 2013 protests against the country’s vast expenditure on the upcoming Olympics; and
Antonio Manuel
’s site-specific maze of makeshift, broken walls and a 1975 video by the artist exploring the violence that comes from the classification of racial and demographic identity. 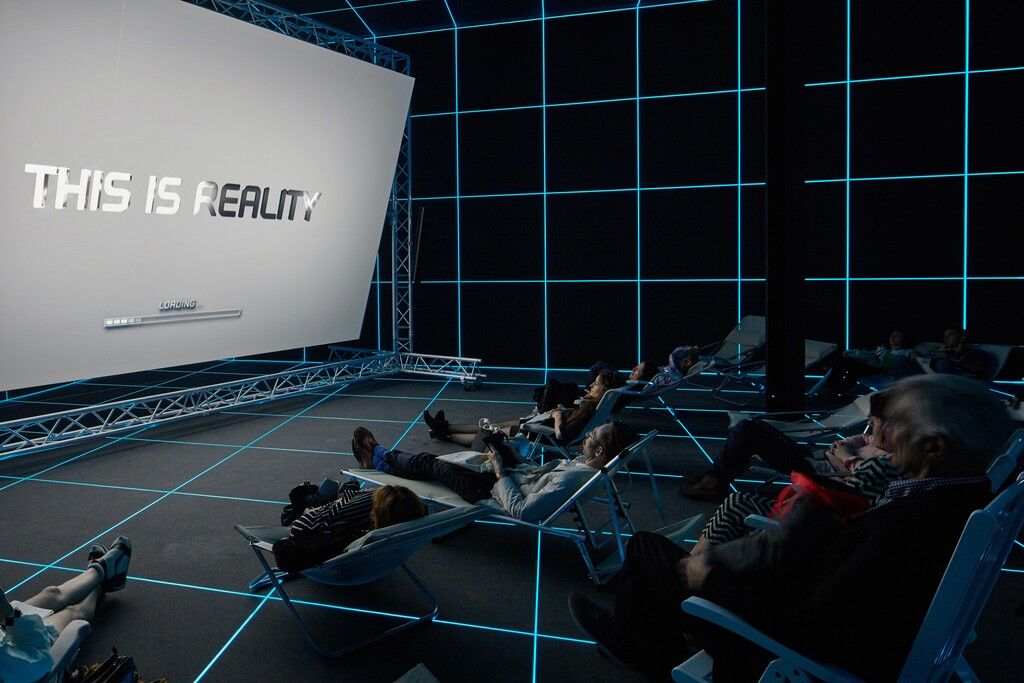 Factory of the Sun (Installation View), 2015
56th Venice Biennale
An exceptional video work by
Hito Steyerl
is woefully hidden in the bowels of the German Pavilion’s convoluted and incoherent group show, when it should have taken center stage. Steyerl’s immersive video, staged in a gallery divided by a grid of neon light to resemble a Tron-like virtual space is an amped-up, dystopian, and hypnotic exploration into the powers that be and the technologies at their fingertips (from a Cold War NSA listening station to drone warfare) via a gyrating “internet dancer” in a gold spandex onesie. Elsewhere, a confusing out-of-sight performance on the rooftop involving boomerangs and wind currents is, well, out of sight, and other scattered elements of the presentation fail to gel. 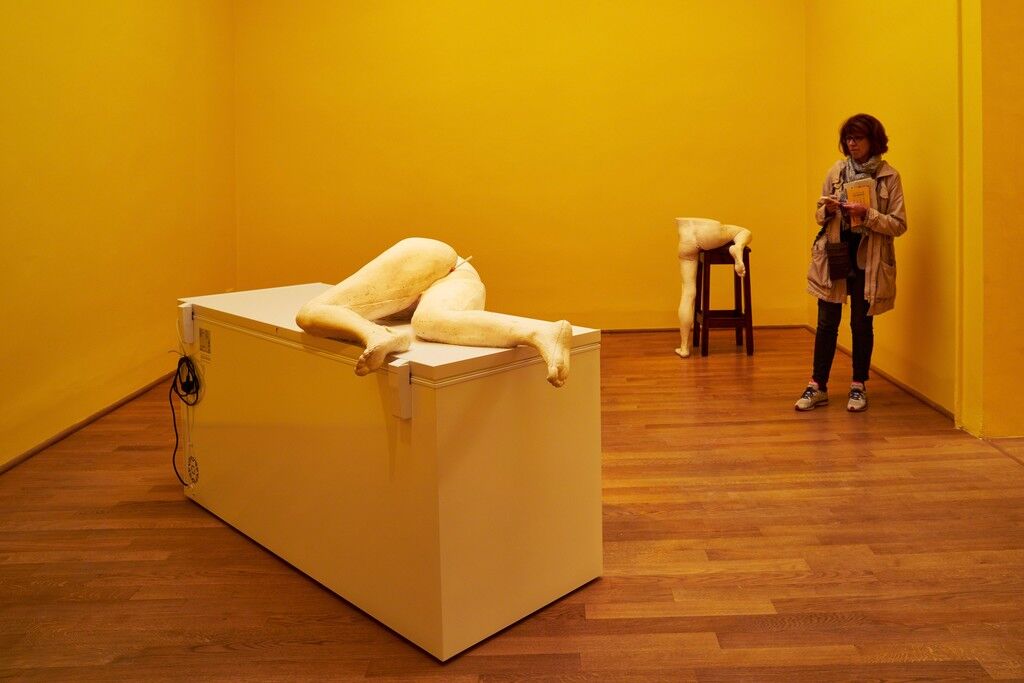 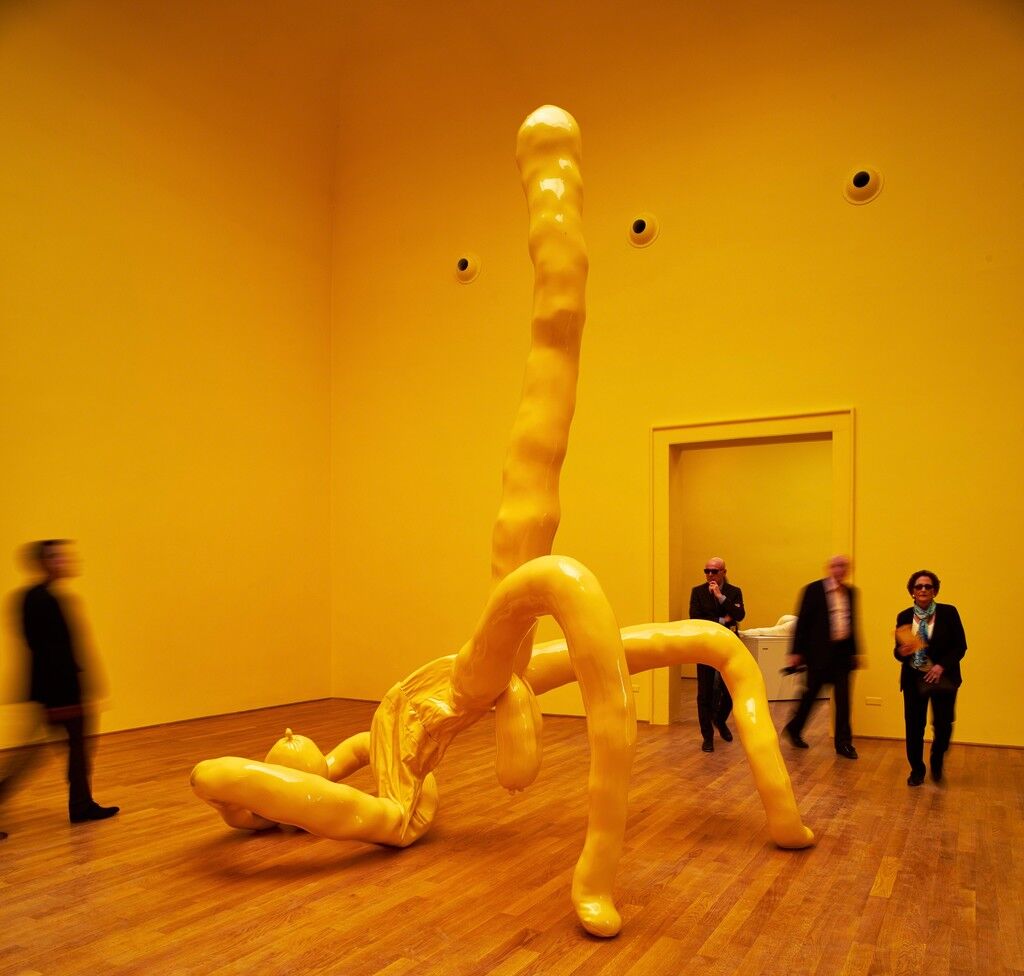 Deep Cream Maradona (Installation view), 2015
56th Venice Biennale
The characteristic nuance and humor of
Sarah Lucas
’s sculptures and imagery is nowhere to be seen in Britain’s rather flat and repetitive exhibition of her work. A glossy yellow phallus form greeting visitors at the top of the pavilion staircase, whose color is echoed in the yellow walls throughout the pavilion, feels like a slickening up of Lucas’s work for the Biennale crowd, while the dismembered plaster cast bodies that straddle chairs and laze languorously on tables within the pavilion lack the idiosyncratic sexuality and presence typical of her sculpture. 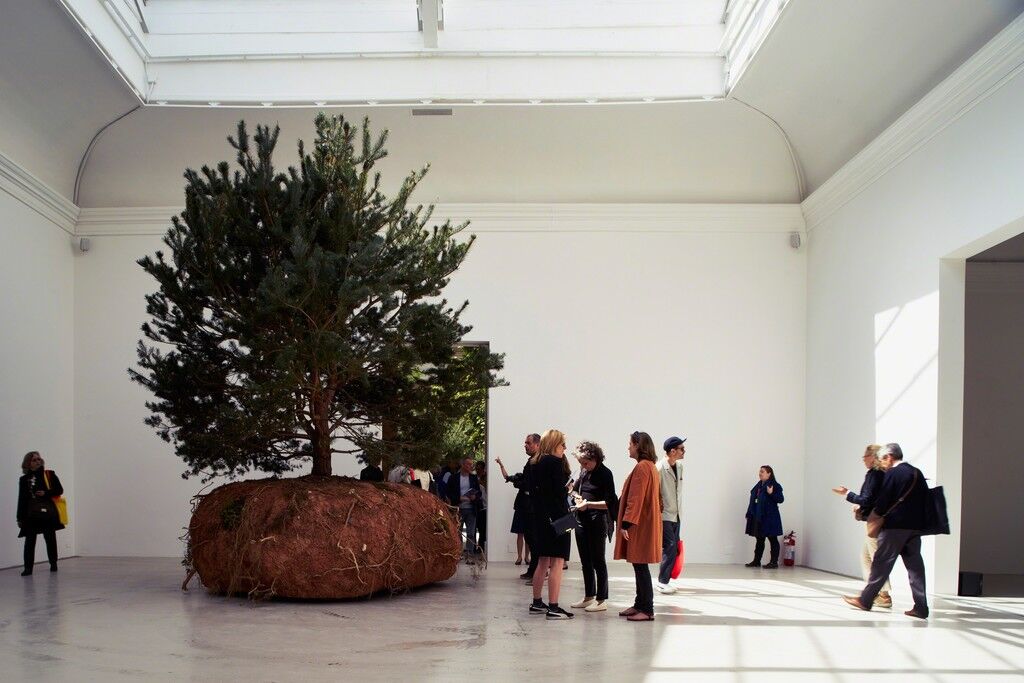 transHumUs / projet rêvolutions (Installation View), 2015
56th Venice Biennale
At the French Pavilion,
Céleste Boursier-Mougenot
’s rogue tree set upon motor-powered wheels, which moves slowly around the building’s central space, feels like an empty gesture. Boursier-Mougenot is fond of bringing the natural world into the gallery space or “collaborating” with nature, as he puts it, but whereas his past work with live birds, for instance, resulted in surprising and enchanting musical arrangements, this reads as a crowd-pleasing gimmick. 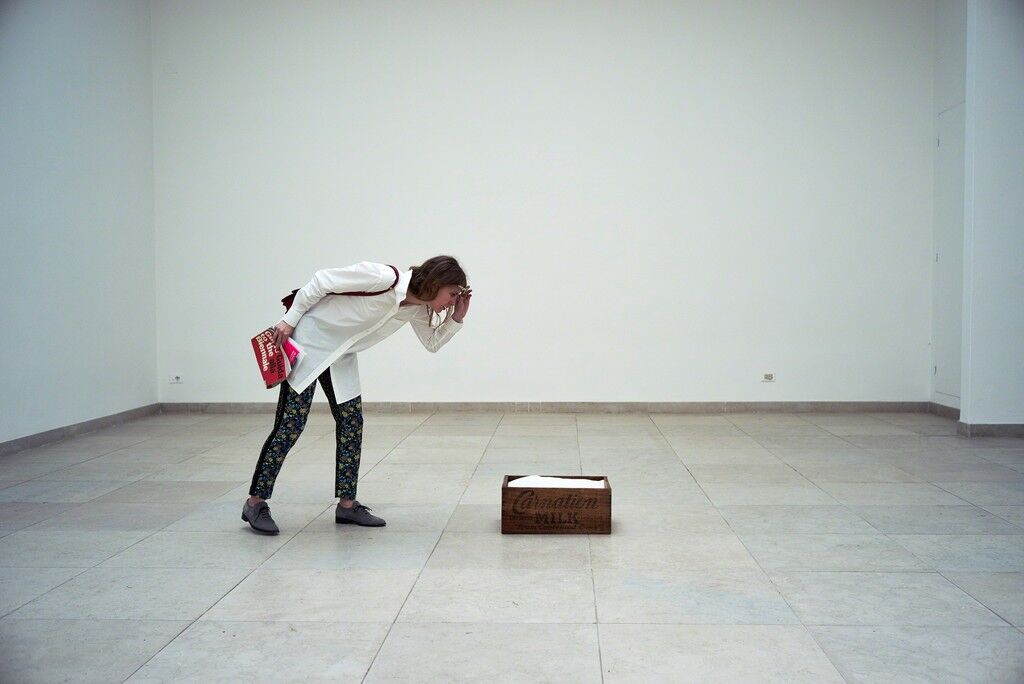 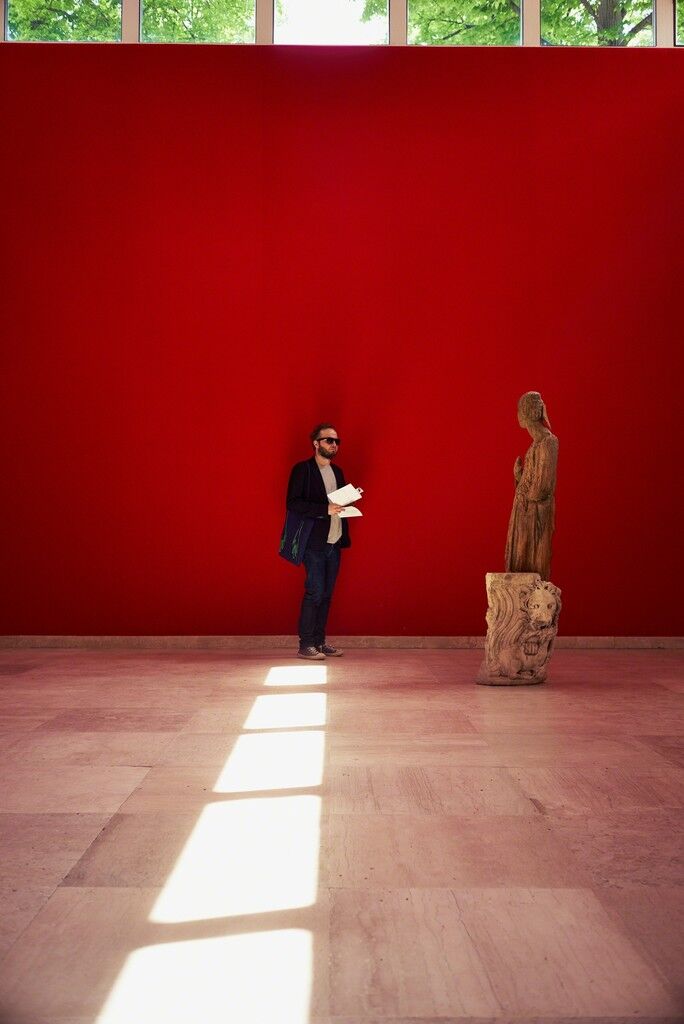 Ο Θεός μαύρο (Installation view), 2015
56th Venice Biennale
Visitors to
Danh Vo
’s Denmark Pavilion could be seen peering with bafflement at the slim offerings on view: a few tables with tree branches lying on top of them, bottles of booze here and there, a small whiskey box filled with a fragment of an antiquated sculpture, and (we heard anecdotally) including one or two seen-before works drawn from his existing stable of sculpture. What may have been intended as a shrine to these objects is lost amid the sparse and hermetic installation, which may leave viewers wondering if Vo invested more energy into the concurrent exhibition he curated at Francois Pinault’s Palazzo Grassi, “Slip of the Tongue.”
Tess Thackara