The Hoax Art Movement That Fooled the Art World Establishment 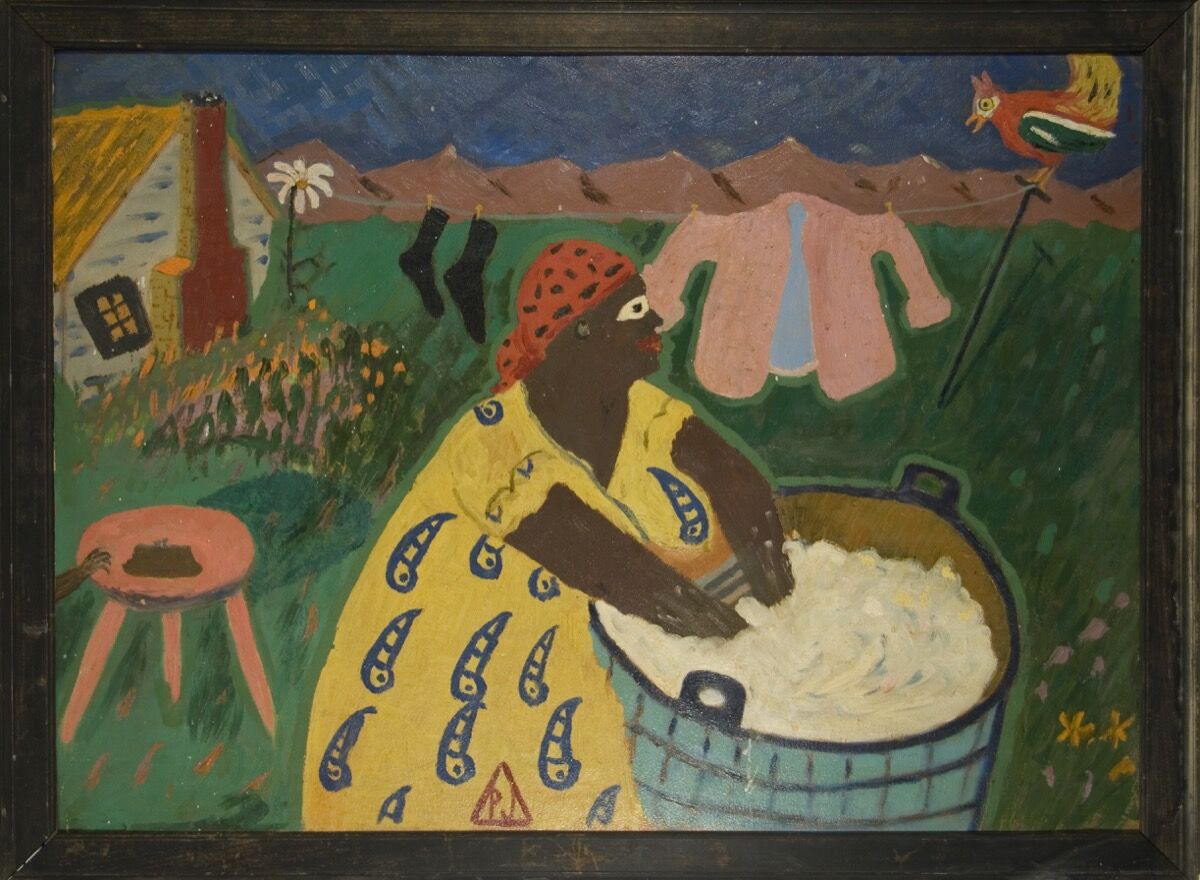 In 1924, American literary scholar and author Paul Jordan-Smith adopted a new identity: Pavel Jerdanowitch, an avant-garde Russian artist whose visceral paintings would beguile modern art critics. Parading as Jerdanowitch for the next three years, Jordan-Smith gained traction at the helm of his one-man art movement, which he called Disumbrationism. But Jordan-Smith wasn’t a brooding artist from Moscow, and Disumbrationism was less of an aesthetic than it was a practical joke intended to shame the art world.
Jordan-Smith was a Los Angeles-based academic whose expertise lay in the 17th-century texts and teachings of Oxford University scholar Robert Burton. That Burton, who most notably penned The Anatomy of Melancholy (1621), wrote extensively about the intricacies of the human psyche lends context to Jordan-Smith’s transformation into a fictitious visionary. Jordan-Smith had a point to prove about what he saw as the bogus psychology of modern art and criticism, both of which he believed had devolved into nonsense.
Jordan-Smith’s aversion to modernism developed during the 1913 International Exhibition of Modern Art, more commonly known as the Armory Show. The landmark showcase debuted at the 69th Regiment Armory in New York City before traveling to the Art Institute of Chicago, where Jordan-Smith fatefully attended. “Up until that time I had striven to march with my generation in accepting modern trends,” he later recalled in his 1960 autobiography, The Road I Came. “Day after day I went to see and to hear contradictory explanations of what was called modern art, and finally I became disgusted, for most of the young critics were saying in effect, ‘…Great masters in the past were misunderstood and so we must accept and try to see, whether they please us or not. Pleasure is not the point.’”
Indeed, the works he viewed at the Art Institute were twisted, tormented abstractions by leading European artists like
Pablo Picasso
and
Marcel Duchamp
, whose radical oeuvres distorted and, for many traditionalists, even perverted what was once considered a dignified means of expression. Vanguard painters like
Robert Henri
and
Edward Hopper
similarly depicted the underbelly of American life as a lonely struggle rife with discontentment. The Armory Show reflected the zeitgeist of an era plagued by the anxiety of a rapidly modernizing world on the brink of World War I, but Jordan-Smith perceived “nothing but confusion and ugliness, bare of either reality or romance.”
Jordan-Smith had long felt nauseated by the extremes of modern art when, in 1924, his second wife—writer and amateur artist Sarah Bixby Smith—endured criticism for her realist landscape and portrait paintings. When exhibited at a local art show, critics labeled them as “distinctly of the Old School.” Hellbent on avenging her work, Jordan-Smith threw together his first-ever painting: a crude exaggeration of a “savage woman” in the modernist style, holding up a starfish that better resembled a half-peeled banana. “To help along the modernity of the creation I drew the woman a hut which appeared to be toppling over on one side,” Jordan-Smith wrote. “I made her eyes a ghastly Gauguinesque white and let one great breast exceed the other in size.” Finally, he slapped on an arbitrary title: Yes, We Have No Bananas. 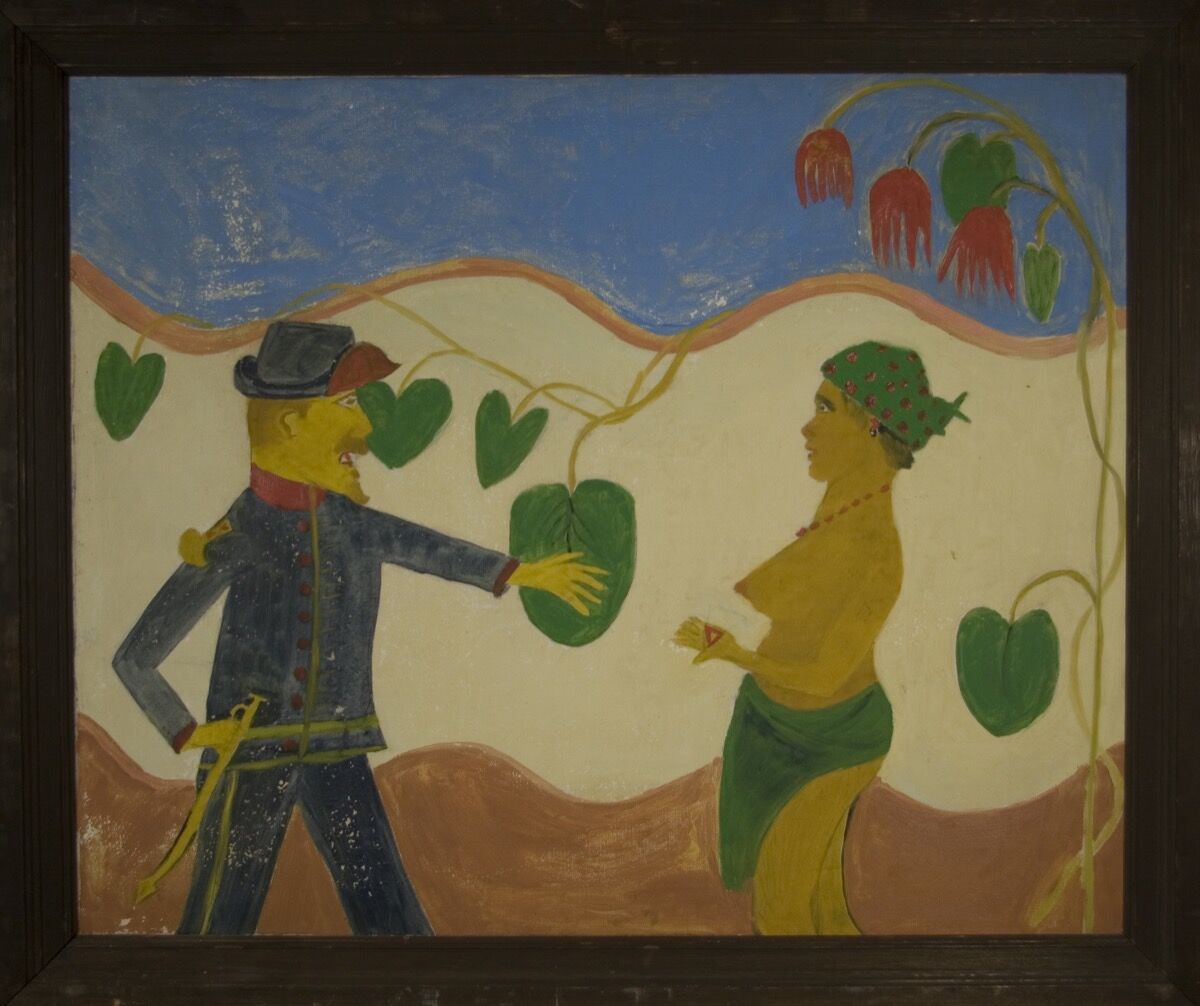 Under the pseudonym Pavel Jerdanowitch (a Cyrillic derivation of Paul Jordan), Jordan-Smith founded the Disumbrationist School of Art. (The movement takes its name from the word “umbrage,” meaning shadows or shade. The added “dis” denotes Jordan-Smith’s inability to render them.) Armed with his new, exotic name and an absurdly high asking price, Jordan-Smith entered the painting (which he later renamed Exaltation) in the 1925 Waldorf Astoria exhibition staged by the Society of Independent Artists—an association founded by
Dada
leaders
Man Ray
and Duchamp, alongside the art patron Walter Conrad Arensberg.
In short order, the Parisian critic Le Comte Chabrier reached out to Jordan-Smith on behalf of his magazine Revue du Vrai et du Beau, applauding Exaltation and eagerly inquiring about Jerdanowitch’s vision. Jordan-Smith replied with an elaborate backstory: Born in Moscow, Jerdanowitch emigrated to Chicago at 10 years old before contracting tuberculosis and relocating to the more favorable climates of Hawaii, Samoa, Tahiti, and finally, Southern California. Jerdanowitch was promptly featured in the journal’s September issue alongside his portrait, styled “in imitation of Leon Trotsky, as he might have looked before a firing squad.”
Disumbrationism caught on as word spread throughout the Western art world. Jerdanowitch was invited to show at a No-Jury Society exhibition in Chicago, for which Jordan-Smith created new work. Aspiration (previously named Perspiration), a technicolor portrayal of a woman washing clothes, was praised as “a delightful jumble of
Gauguin
,
Pop Hart
and Negro minstrelsy, with a lot of Jerdanowitch individuality” by the Chicago Evening Post in January 1926. The painting appeared again later that year in the French art book L’Art Contemporain: Livre D’Or.
By 1927, Jordan-Smith was weary from his pranks. His pointed confession landed the front page of the Los Angeles Times, where he would later serve as literary editor from 1933 until 1957. “I got more publicity from this little joke, which had occupied me no more than an hour a year during the three years I was engaged in it, than from all the serious work I ever did over many decades,” he admitted in his autobiography. By that time, Jordan-Smith had written four books, including The Soul of Woman: An Interpretation of the Philosophy of Feminism (1916) and A Key to the Ulysses of James Joyce (1927).
Jerdanowitch made a brief reappearance in 1928 with one final exhibition at Vose Galleries in Boston, complete with farcical explanations of each Disumbrationist painting. Jordan-Smith painted seven artworks in total, which he referred to as “The Seven Deadly Sins.” Five paintings are now housed in the UCLA Library of Special Collections. The whereabouts of the others are unknown.
Whether Disumbrationism was thoroughly a hoax remains disputable. Jordan-Smith may have revealed the modern art critic’s gullibility, but perhaps he possessed a natural penchant for painting as successful outsider artists do. Jordan-Smith’s hijinks didn’t stray far from the masterly modernists whom he mocked; Duchamp and his band of Dada provocateurs likewise challenged creative fetters with conceptual “anti-art” forged with derision. As Dada co-founder
Tristan Tzara
once said: “The beginnings of Dada were not the beginnings of art, but of disgust.” Disumbrationism was undoubtedly born from the same sentiment.
Rachel Gould
Related Stories 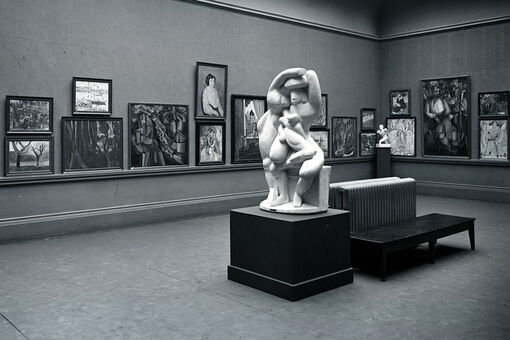 How the 1913 Armory Show Dispelled the Belief that Good Art Had to Be Beautiful
Tess Thackara
Mar 6, 2018