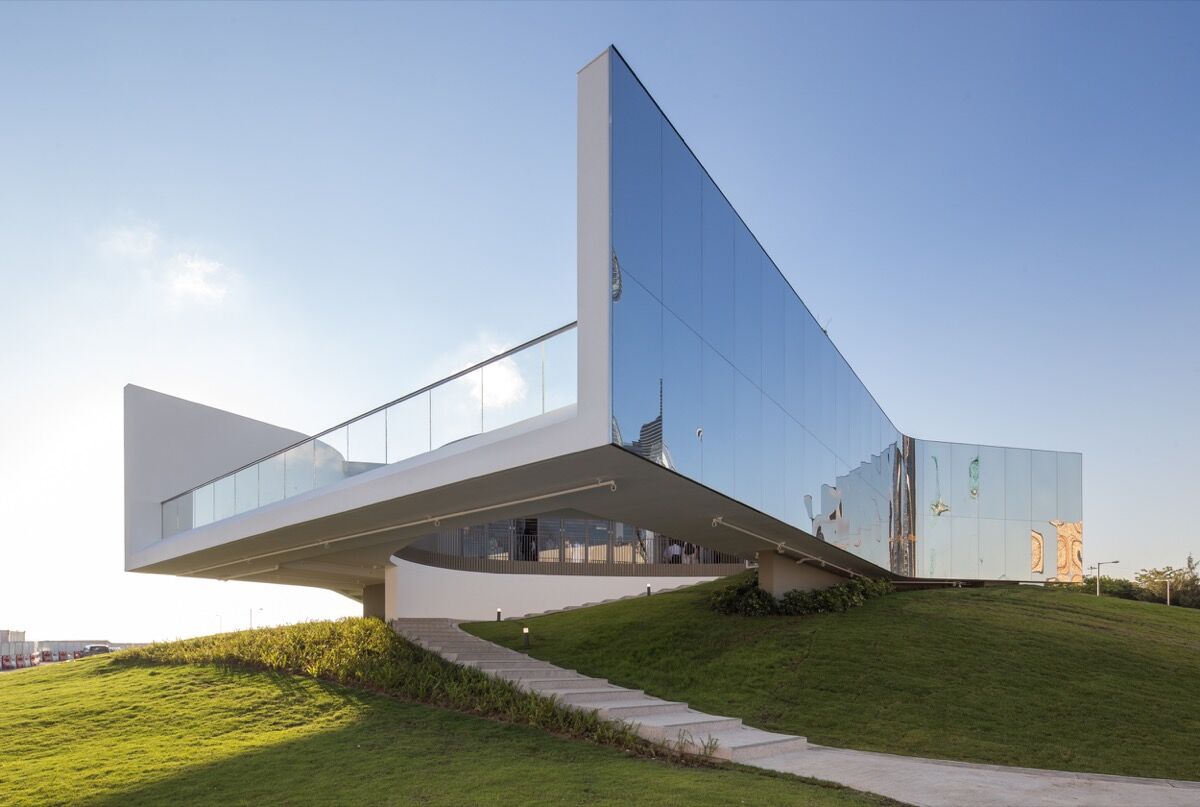 There are a few names that make Hong Kong proud, and
Tsang Kin-Wah
is one of them. Over the years, the Chinese artist has carved out a unique brand of art through his innovative use of text in various mediums ranging from painting to video installations. His distinctive body of work demonstrates that Hong Kong is more than just a hot marketplace for art. Artists from this region are capable of creating impactful works that have universal appeal.
Hong Kong’s brand-new space for contemporary art, M+, is another name set to make the region proud. When it opens in the West Kowloon Cultural District in 2019, the Herzog & de Meuron-designed museum will be the most ambitious of its kind in Asia. Dedicated to 20th- and 21st-century visual culture, it promises to be bigger than the Museum of Modern Art—set within the District’s over 40 hectares of prime land by the waterfront—and will cost HK$5 billion (US$645 million) to build. M+ is tasked with taking art in Hong Kong, and Asia, to a new level.
Thus when the museum decided to stage Tsang’s new solo exhibition, “N̶o̶t̶h̶i̶n̶g̶,” as its inaugural exhibition, installed in M+ Pavilion—the museum’s smaller space and the first building erected in West Kowloon Cultural District since the area was designated a future arts hub—it was not hard to understand the selection. The public is eager to get a taste of what this cultural district has to offer. 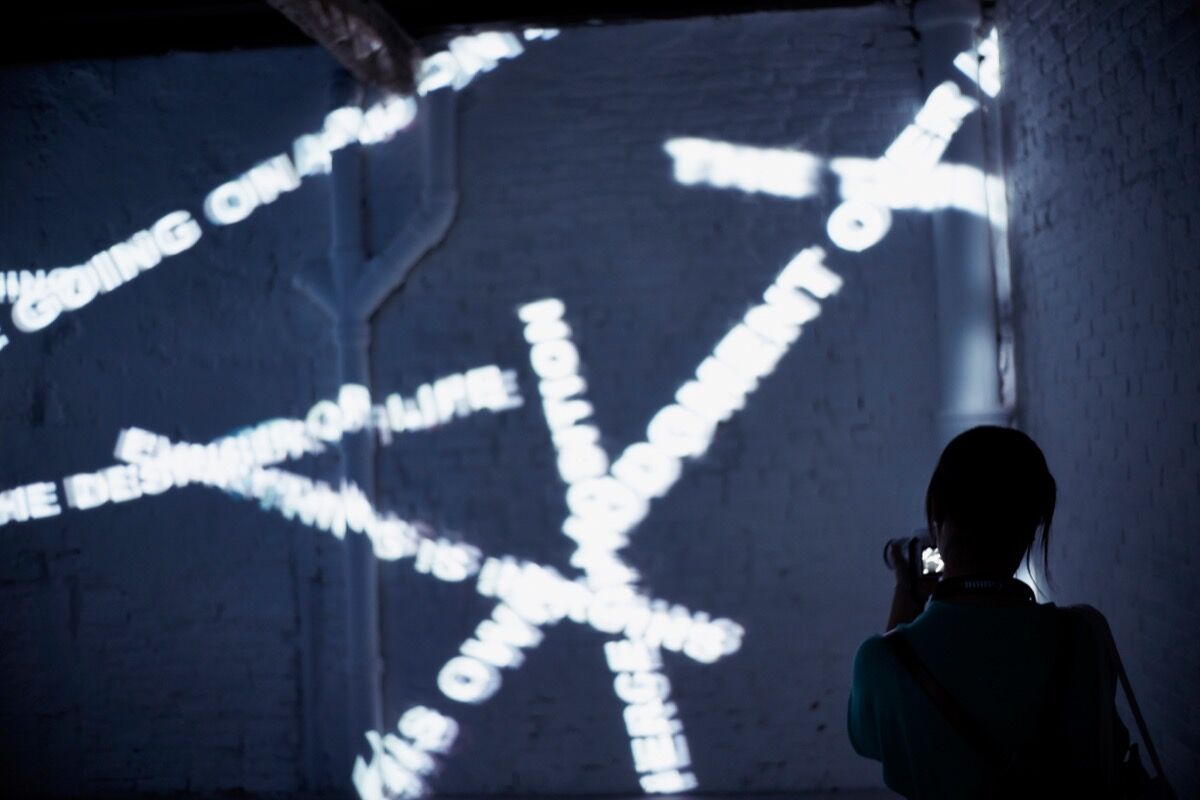 “ ̶N̶o̶t̶h̶i̶n̶g̶ ” is contained within the mirrored facades of M+ Pavilion. It’s a follow-up to Tsang’s solo show “The Infinite Nothing,” which was Hong Kong’s presentation at last year’s 56th Venice Biennale, co-curated by Doryun Chong, the deputy director and chief curator of M+, and Stella Fong, the museum’s lead curator of learning and interpretation. The same team is behind this current show.
At the Venice Biennale, Tsang charmed exhibition-goers by taking them on a journey through an immersive, multimedia installation inspired by German philosopher Friedrich Nietzsche’s notion of eternal recurrence. Viewers were mesmerized by Tsang’s text-based, moving-image installation while walking through a cleverly reconfigured space, which eventually looped them back to the starting point of the show—a physical manifestation of a philosophical concept.
But rather than simply being a recreation of that exhibition, “N̶o̶t̶h̶i̶n̶g̶ ” takes the same melancholic sensibility to new heights by questioning the emptiness of life and the value of human existence, reflecting the inspirations that Tsang drew from the text of William Shakespeare’s Macbeth. 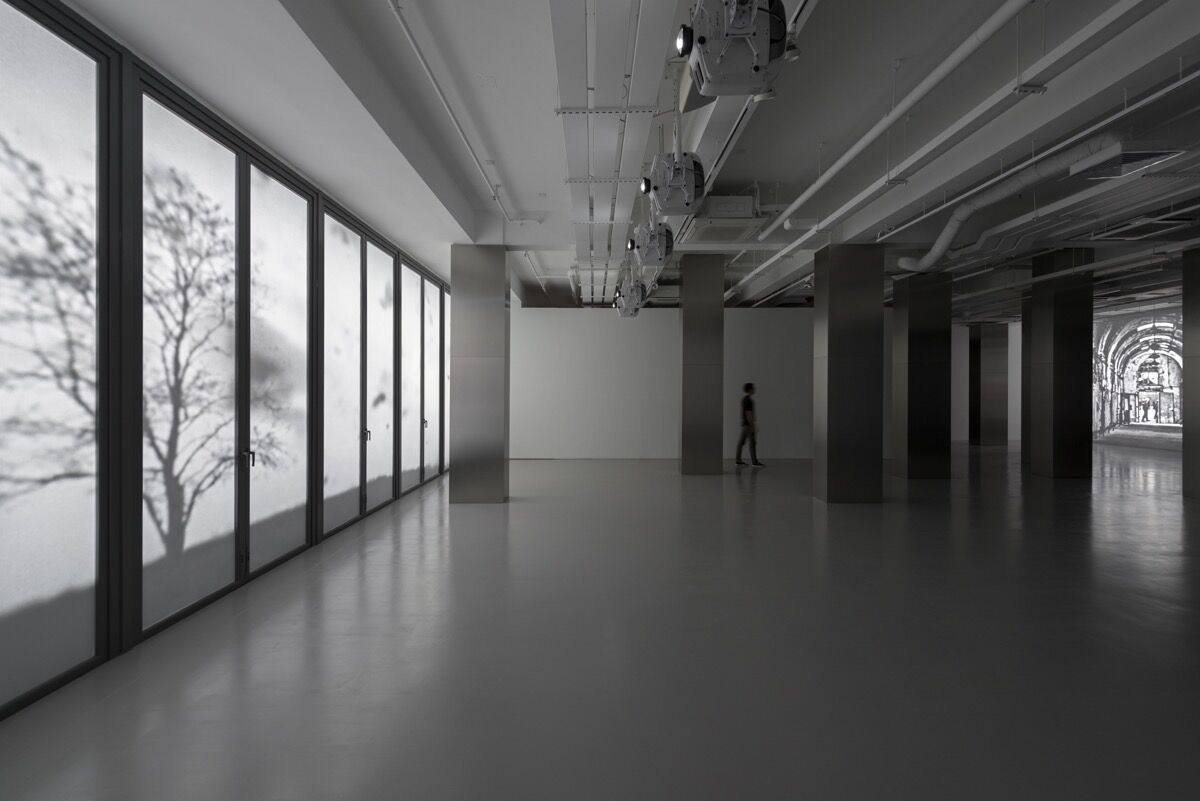 Advertisement
The journey of “ ̶N̶o̶t̶h̶i̶n̶g̶ ” begins as viewers enter M+ Pavilion’s elevated level. The open-air terrace has been reconfigured into a walled space covered with mirrored facades just like the building’s exterior. Visitors are forced into confrontation with the eerie reflections of their own images, and are guided by a string of texts through the semi-open space, along a circular trajectory. In the middle, a solitary tree is positioned amid a garden covered in sand.
Visitors then move into a dark gallery through a long corridor. An image of a prison projected at the end of the tunnel is obstructed by a series of cold aluminum pillars. After meandering through the pillars, they find a large video image of another solitary tree projected on a glass wall inside the gallery, contrasting the real tree planted on the terrace outside.
Questions about solitude and the meaning of one’s path through life are surfaced further via an immersive video installation, a work that can be viewed as a diluted version of Tsang’s previous works, such as the Seven Seals, with simpler, shorter text. The words rush at viewers while a soundtrack plays samples of Ludwig van Beethoven’s Moonlight Sonata and grunge rock music, conveying another of Tsang’s inspirations: Kurt Cobain, the tragic rock icon and frontman of Nirvana. (It’s worth noting that Tsang’s influences aren’t all Western; he’s also been influenced by Eastern concepts, such as the idea of karma.) 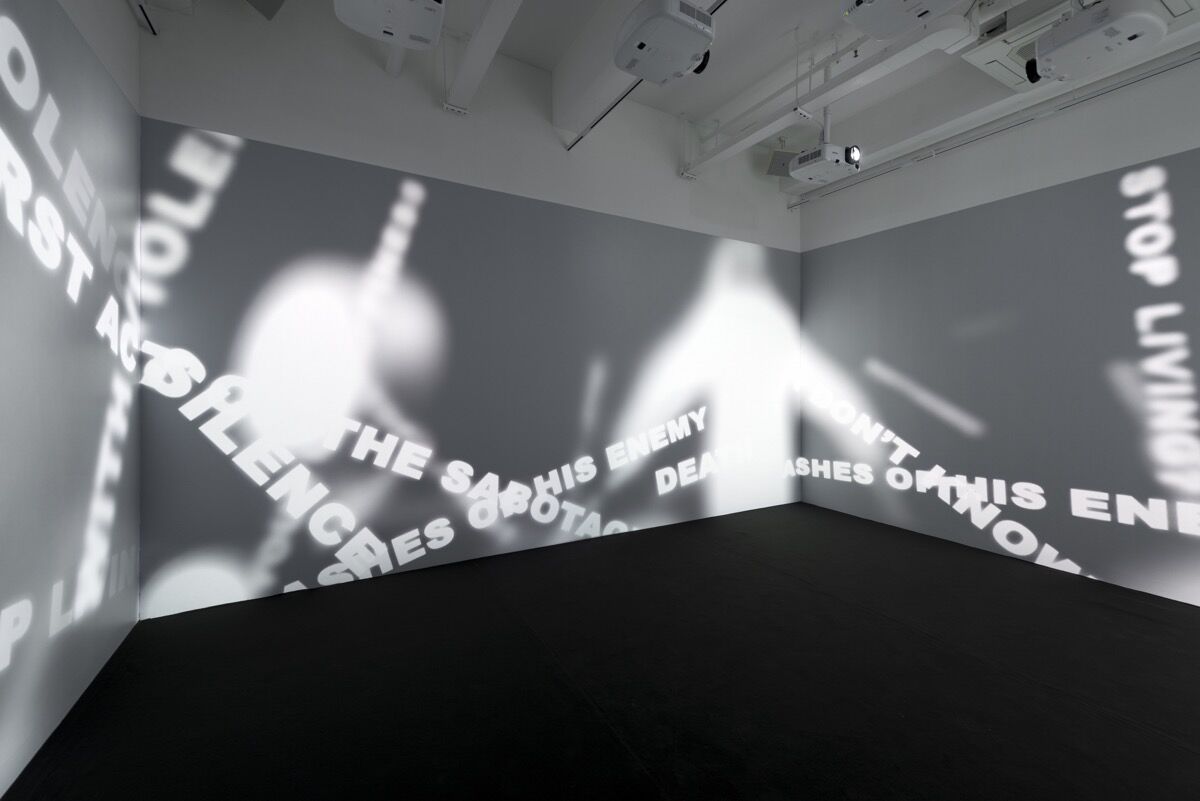 The exhibition ends with a hazy image of a donkey carrying a heavy load, projected onto the ground. One can’t help but feel the heavy burden of our absurd existences, especially in the context of Hong Kong’s politicized society and the chaotic world beyond it.
But that feeling of melancholy subsided somewhat as I discovered a paper bookmark embedded with wild chrysanthemum seeds enclosed in the exhibition’s press pack. The strikethrough of the show’s title might not be a denial of existence after all. “ ̶N̶o̶t̶h̶i̶n̶g̶ ” is not perfect, but it plants a seed for the future of arts and culture in a financial capital that was once considered a cultural desert.
Vivienne Chow
Related Stories

The 5 Hong Kong Shows You Can’t Miss This Fall 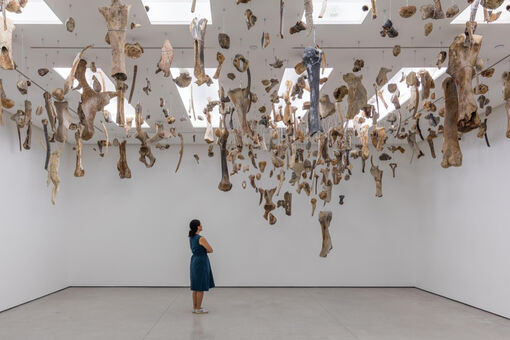