As Attention Spans Dwindle, How Does a Museum Capture New Audiences? 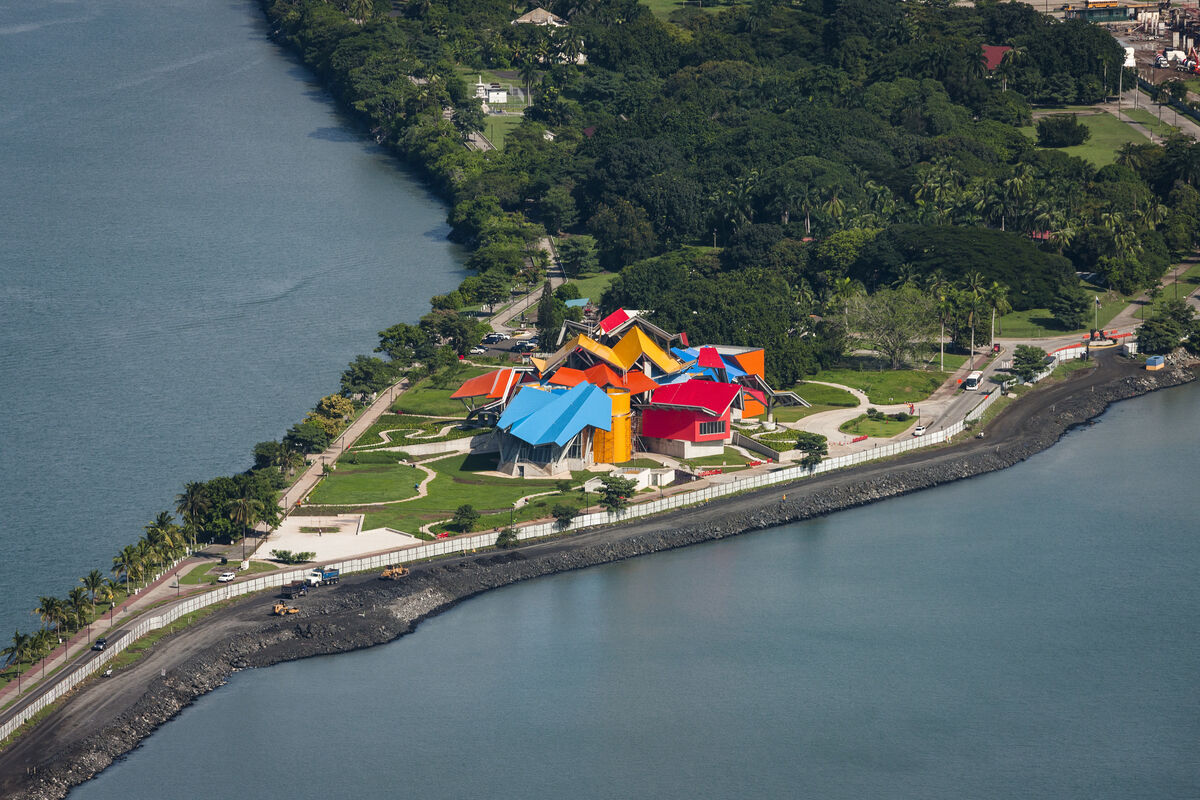 With the click of a button we now have access to a global museum, otherwise known as the internet, with its infinite collection of online images, texts, films, sound files, and even printable 3D objects. With 3.2 billion visitors each year and 2 billion of these from developing countries, the global museum has the most accessible collection, and the most diverse audience, in the world. Within this space, we can curate our own exhibitions, skimming through thousands of files, surfing an endless wave of data. The global museum is limitless—however, the human attention span is not.
In 2015, Microsoft revealed that the human attention span has fallen to an average of just eight seconds (less than that of a goldfish), and our global museum is to blame. How, then, can real-world museums vie for visitor attention—and expand and diversify their audiences? This year’s edition of the arts conference Communicating The Museum, taking place in Berlin and Quebec, will see 300 international experts from four continents explore how the contemporary museum can meet this ongoing challenge. What follows is a look at new audience-related initiatives across a handful of museums, some of which will be up for discussion at the conference.

A Museum for Climate Change in Panama

Panama’s Biomuseo is a jagged assembly of colored shapes that sits on the Amador Causeway. Opened in 2014 and designed by architect
Frank Gehry
and designer Bruce Mau, the building provides an immersive experience intended to reconnect its local audience with the biodiversity of Panama: the tiny strip of land that divides the Pacific and Atlantic oceans and is home to the Smithsonian Tropical Research Institute.
“Usually when museums talk about climate change, you clench your teeth as it’s not a pleasant experience,” says Biomuseo’s marketing and communications coordinator Margot López, “and so we thought—what if we take a different approach? With a little honey, it works better.” Divided into eight open-air spaces housing experiential installations—such as 14-meter-high rock formations, 10-meter-high aquariums, simulated animal stampedes, a 10-screen projection room, and a sculpture composed of plants, animals, insects, and microorganisms—the museum answers the increasing audience hunger for experiences, while communicating the importance of protecting the biodiversity of Panama, and the planet at large.
Such a dynamic strategy is necessary in Panama, a country that lacks a strong museum culture but boasts some of the most diverse and exotic species of plants and animals on Earth, all of which are now threatened by climate change. Some 80 percent of the museum’s audience is local, and workshops, López says, act as “a call to action.” The building, meanwhile, provides a provocative encounter, bringing visitors into contact with the outdoors in almost every gallery. “It was very important to Bruce Mau that the museum is not about you, the human being,” says López, “but about making you feel in awe of nature, as once you do that, you want to do everything to save it.”
Biomuseo also sets a strong example with regard to sustainability. In a country commonly described as the coolest place in the tropics due to its excessive use of air conditioning, each of Biomuseo’s gallery spaces is non-air-conditioned and open to the elements, yet still 10 degrees cooler than the city outside. “This was a challenge for Gehry as it’s the first building he’s designed in the tropics, so it’s been a learning curve for everyone,” says López. “Visitors go into the atrium and realize that this is doable—that we just need intelligent design.”

Germany’s museums face an equally significant but different set of challenges. As the country continues to welcome the greatest intake of refugees across the E.U., it has become critical to encourage cultural integration rather than mirroring the mistakes of past immigration schemes. The migration of peoples in and out of Germany has been prevalent throughout the country’s history, however programs such as the “Gastarbeiterprogramm” in the 1950s—which recruited millions of guest workers from European and North African countries to rebuild post-war West Germany—led to parallel societies, rather than social inclusion.
Enter “Multaqa: Museum as Meeting Point,” a collaborative new project of Berlin’s Museum Island—including Museum für Islamische Kunst, the Bode, Pergamon, and the Deutsches Historisches Museum (DHM). The institutions are training Syrian and Iraqi refugees as museum guides in order to give tours to Arabic-speaking refugees. Originally the brainchild of the Museum für Islamische Kunst and a group of Syrian archeology students who found themselves seeking German asylum after the Syrian conflict escalated in 2011, Multaqa has since extended to the DHM. The German Federal Ministry for Family advised on this expansion, suggesting that the histories of World War II and the subsequent reunification might hold some resonance for the refugees.
Since their weekly tours began in January 2016, the DHM’s program has indeed been oversubscribed. “The narrative of German history reminds them of their own countries,” press officer Boris Nitzsche told me over the phone. “The refugees explain that when they see images of a completely destroyed Germany and then compare this to what we have now, it gives hope that Syria, in particular, might once again be a working state. We in Germany tend to forget that Europe was once, too, divided by religious wars and the whole continent destroyed.”
It can be difficult for the DHM to anticipate which sections of the museum will be most popular with participants in the program, with some even considered for censorship. One gallery tracing German emigration to the U.S. in the 19th century, for instance, caused particular concern due to its display of photographs depicting ships sinking and set on fire. Instead, Nitzsche explains, the refugees have responded to the breadth of their displays.
“The refugees seem very glad to exchange their lived experiences on the basis of a historical object,” he says. “Emigration has never been a holiday trip, it has always been a horror trip. It has been a constant in human history and we tend to forget that.” Multaqa has given the staff of DHM a new perspective on the collection, Nitzsche says, acknowledging that the program will impact future displays, prompting them to extend a curatorial hand to their new local demographic.

Similar developments are already underway at London’s Victoria & Albert Museum (V&A) as part of the enormous £1.3 billion Olympicopolis redevelopment, which will see the Olympic Park in East London transformed into a cultural quarter. Opening in 2021, V&A East, envisioned as a more participatory and politically relevant offspring to its South Kensington predecessor, will be one component of the development.
Opening in a borough that has already seen a vast loss of social housing and the escalation of prices due to the Olympics, the V&A has had to counter criticism that it’s contributing to gentrification. This goes some way to explaining why the new museum is drawing its curatorial staff from East London and offering traineeships to those that live in the area. An employment drive into the four local boroughs has already begun. But this is not a cynical strategy to fill a quota: Employing East Londoners will ensure the museum is a product of the area, with a broad appeal for local audiences.
This emphasis on community engagement and accessibility has taken root elsewhere in the U.K. The expanded Tate Modern, for instance, has given over an entire floor to Tate Exchange, consisting of an open-plan study center, a viewing room to select and play archival films, and a group studio space and workshop for artists. This discursive zone is just one facet of the Tate’s vision for a more inclusive and live environment for viewing art. It is surely this focus on social interaction and discovery through movement and conversation that will set museums such as the V&A East, Deutsches Historisches Museum, Biomuseo, and the new Tate Modern apart from our global museum—and perhaps revive our attention spans to more than that of a goldfish.
—Chloe Hodge
“Communicating The Museum” runs from July 12–15, 2016, at the Deutsches Historisches Museum in Berlin, and November 15–17, 2016, in Quebec.
Related Stories