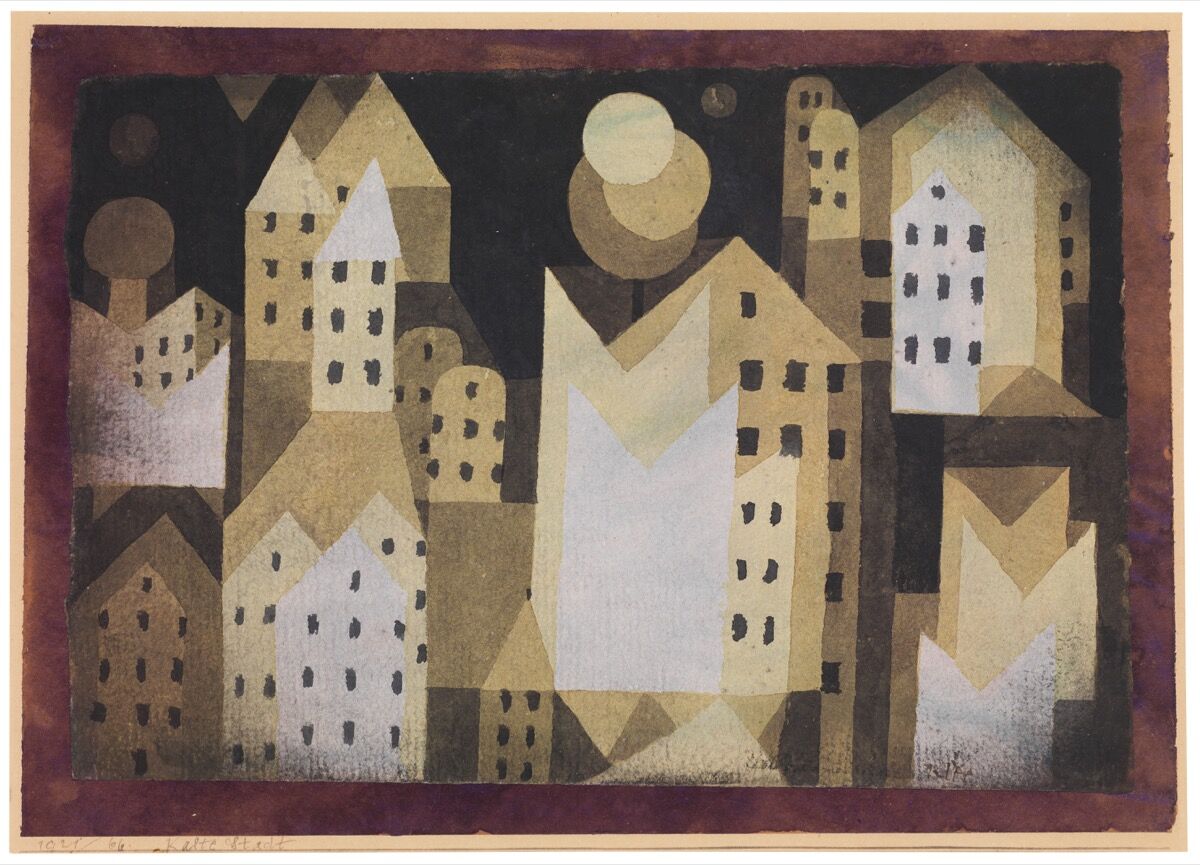 As a 22-year-old refugee of the Nazi regime, Heinz Berggruen left Berlin in 1936 on a scholarship to the University of California, Berkeley. It was in San Francisco, at the city’s modern art museum, that he first encountered the works of the great Modern Swiss-German artist
Paul Klee
. “Subconsciously, Klee’s work must have evoked the emotional vibrations that filled the many happy years of my youth in pre-Nazi Berlin,” he wrote in 1986. “There in San Francisco, a love story commenced that has not ended to this day.” By the time of his death in 2007, Berggruen had amassed a major collection of Klee’s work, among many other artists, including what would become the largest Klee collection in the U.S.
In Chicago in 1937, while traveling on his honeymoon, Berggruen made his first art purchase—a Klee watercolor. “He took it with him wherever he went, it was like a talisman,” says Berggruen’s oldest son, the San Francisco art dealer John Berggruen. The elder Berggruen went on to become a prominent art dealer in Paris, where he developed close ties to
Picasso
, and a powerhouse collector later in Berlin, where he returned in the latter part of his life and filled a building of the National Gallery of Berlin, the Berggruen Museum, with a collection of 165 works, and more upon his death. “The germ perhaps was a passion for Klee, which really ignited a spark,” John Berggruen tells me.
In 1984, Berggruen gifted his first Klee, Phantom Perspective (1920), along with 89 others, spanning a drawing the artist made at age 13 to a painting from the year of his death, to the Metropolitan Museum of Art. The collection featured in a major exhibition in 1988 with an accompanying publication, but in the years since, the donation has only been shown in small parcels at the museum—until now. This September, the collection is resurfaced in “Humor and Fantasy—The Berggruen Paul Klee Collection,” a show of some 70 works from the collection at the Met Breuer. While Berggruen died in 2007, it’s a meaningful moment for his family, including four children who have each been endowed with a passion for art. In addition to John, Helen is an artist, Olivier is an art historian, and Nicolas has built an impressive collection.

“He had a passionate love of Klee and wanted Klee’s work to be seen by a broader audience,” John says of his father. “He never knew him, because Klee died in 1940 and my father was living in the United States then, but he began collecting Klee, and he was a dealer of Klee, and he amassed a pretty interesting collection.” Before his gift to the Met, Berggruen had also given a group of some 12 works by Klee to the Centre Pompidou, and he would leave a final, third collection of over 60 works at the Berggruen Museum in Berlin.
Now 46 years into running his own gallery, John undeniably followed in his father’s footsteps, as a dealer and a collector. Despite the limited time he spent with his father during his youth (his parents divorced in 1945), the two forged a relationship in Paris in the ’60s, after John graduated from college. There, surrounded by his father’s infectious passion for Klee, his own interest in the Modern master—and the practice of collecting an artist in-depth—was piqued. “The dining room was hung with a group of Klees,” he recalls. “At this point in time, now that I’ve been doing this for 46 years, I realize that I’m sort of following, in a osmotic way, my father’s tradition,” John admits. “I’ve collected works by
Wayne Thiebaud
and
Richard Diebenkorn
in some degree of depth, nothing like what my father did in terms of numbers, but we do have quite few works.”
When John decided to open his first gallery, in 1970, his father wasn’t thrilled. “I was 27 when I opened a little gallery here in San Francisco, and he felt that I really didn’t have the experience,” he explains. (At 22, he had started working at a galleries in London and New York.) “Perhaps I didn’t have the maturity or the intuitive wisdom or the art history background—and San Francisco, to my father, was perhaps the end of the world.”
Despite his reservations about the gallery, John’s father supported him through loaning him lithographs to sell at the gallery. “I would pay him back for the works I sold, of course, and made a little bit of a profit, maybe 20%, and that was very helpful for getting me started,” he says. Success did not come quickly, but after a few years, a strong work ethic and a clear mission served John well. “It was a matter of diligence and perseverance, and wanting to bring a certain level of art to San Francisco.” 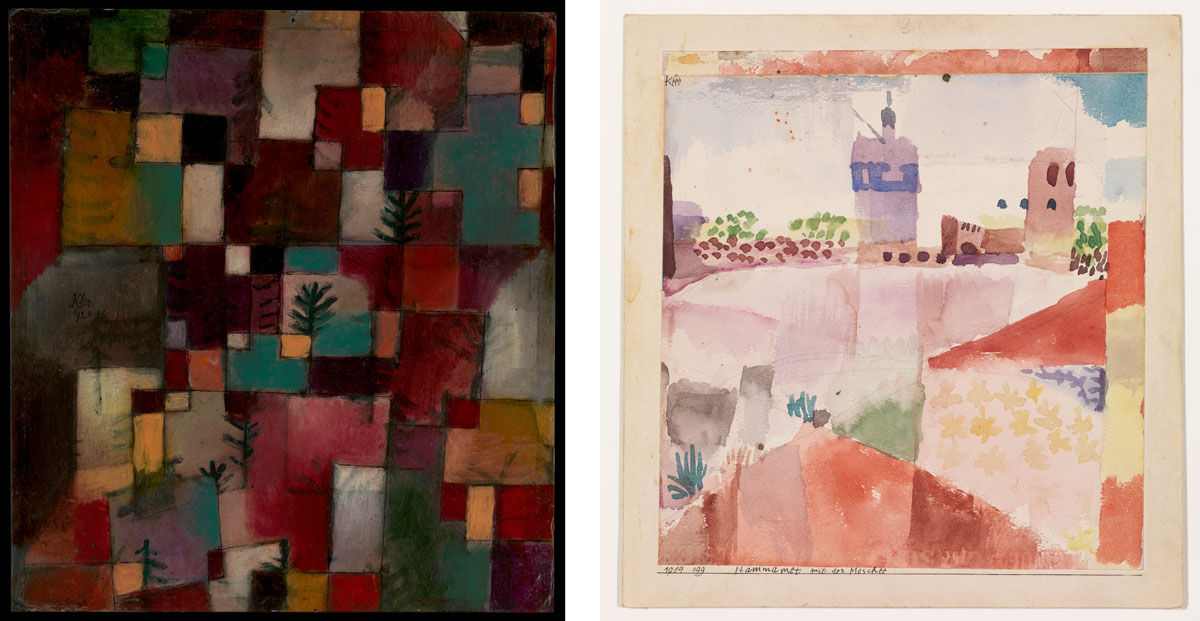 Advertisement
Later this fall, John’s gallery, which he runs with his wife Gretchen, will enter a new phase when it relocates to a new space across from SFMOMA, with neighbors including Gagosian and the esteemed print publishers Crown Point Press. “I wanted a new experience, I wanted a new program, a new vision, and I also wanted a new facility,” he says of the decision to move. The opening show will address the human form, beginning with works by Picasso and
Matisse
. And while Klee’s works won’t be on view, it could be argued that the artist served as the initial inspiration for not only the San Francisco gallery, but the Berggruen family as a whole.
After his father’s death, John inherited two Klee watercolors. He kept one and, fittingly, gave the other to his own son. And so the legacy continues.
Casey Lesser is Artsy’s Lead Editor, Contemporary Art and Creativity.
“Humor and Fantasy—The Berggruen Paul Klee Collection” is on view at the Met Breuer, New York, Sept. 1–Dec. 31, 2016.
Related Stories

What You Need to Know about Paul Klee 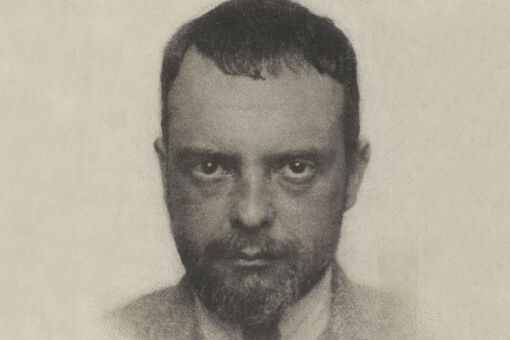 What You Need to Know about Paul Klee
Alexxa Gotthardt
Apr 25, 2016