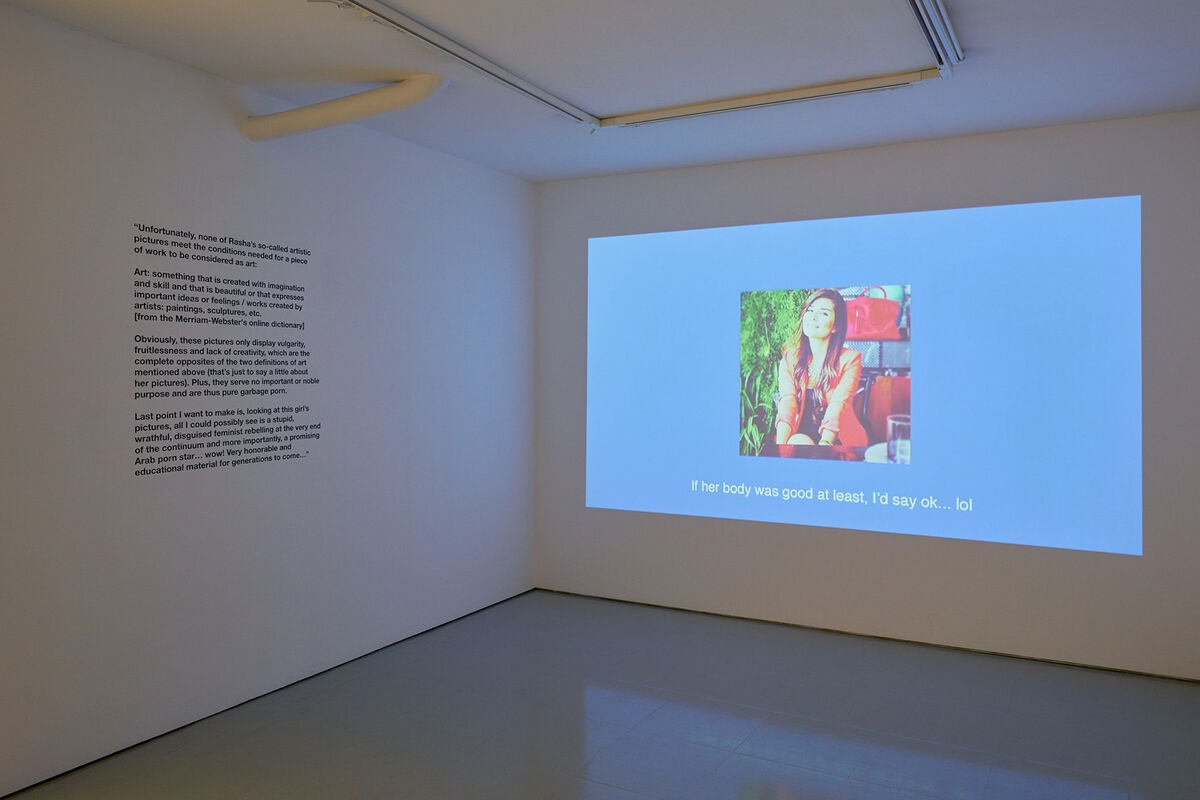 All
Rasha Kahil
wanted to do was have a bit of fun. Little could she have expected that what began as a “game” would soon degenerate into a scandalous Lebanese affair, eliciting not only a spate of mixed responses from the general public, but also an artistic reaction on her part. In 2008, the Beirut-born, London-based artist began taking impromptu semi-nude pictures at the houses of friends in London and elsewhere around the world, unbeknownst to her hosts. These documentary-like photographs eventually comprised “In Your Home,” a series of 24 prints exhibited in 2011 solo shows in Beirut and Istanbul. While one of her hosts was dismayed to find out the artist had taken such pictures in his private space, the relatively little negative attention she received was nothing in comparison to the furor a television presenter would spark two years later in 2013. 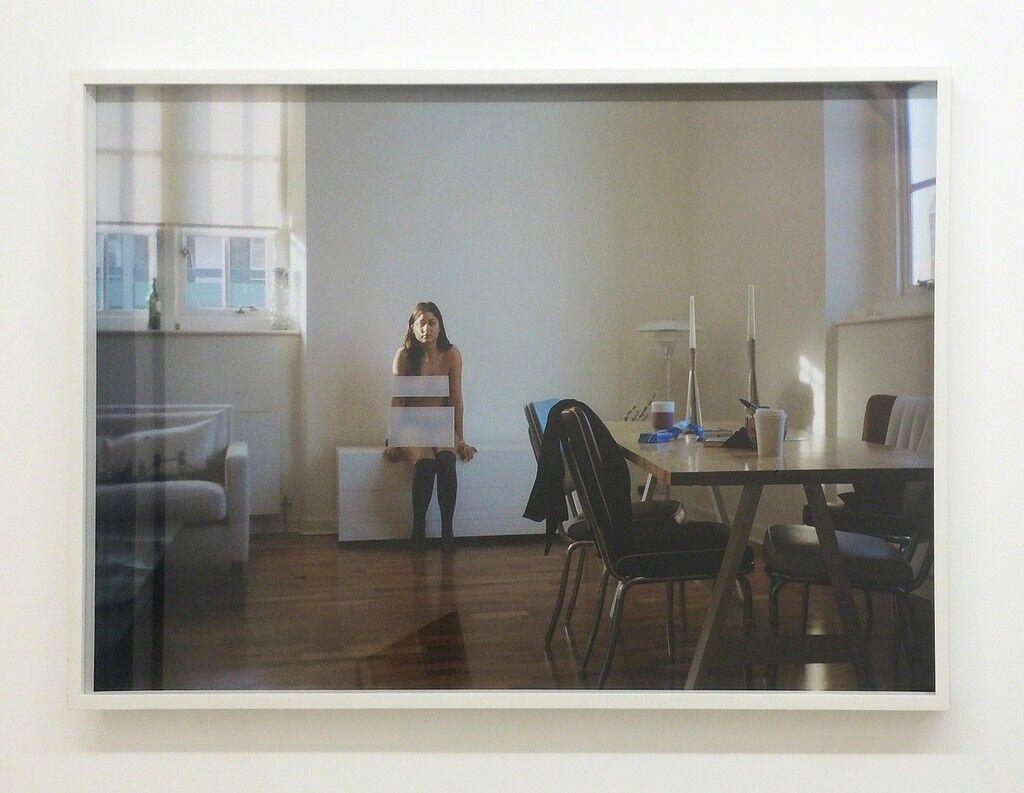 Rasha Kahil
Anatomy of a Scandal III, 2016
Art First
The host of Lebanese television program Trends on the Arabic satellite station Al Jadeed commented on the photographs in a minute-long segment in 2013, noting that while some audiences encourage the artist’s work, others only see nudity. Although nudes are certainly not anomalies in Beirut art galleries—“protected spaces,” as Kahil refers to them—she makes no bones about the fact that amongst certain lay individuals, there has “always been a bit of a stigma” attached to them.
Despite the provocative nature of her series, Kahil was nonetheless surprised by the flurry of comments she received following the television segment. “In the beginning, I felt assaulted,” she says. “It was daunting; you’re the center of attention, you’re being contacted by people you don’t know.” To say “contacted” is to put things lightly: In addition to innumerable Facebook comments directed towards her on various news pages, the artist was also sent emails and contacted by telephone. Some called her a hero, and others, a “porn star in the making.” She was slandered, extolled, and even proposed to; and, although she was the center of attention, Kahil, rather than respond, took a step back. Instead she began to archive this feedback, “not initially knowing what [she] was going to do with everything,” she says, until the commotion eventually died down. 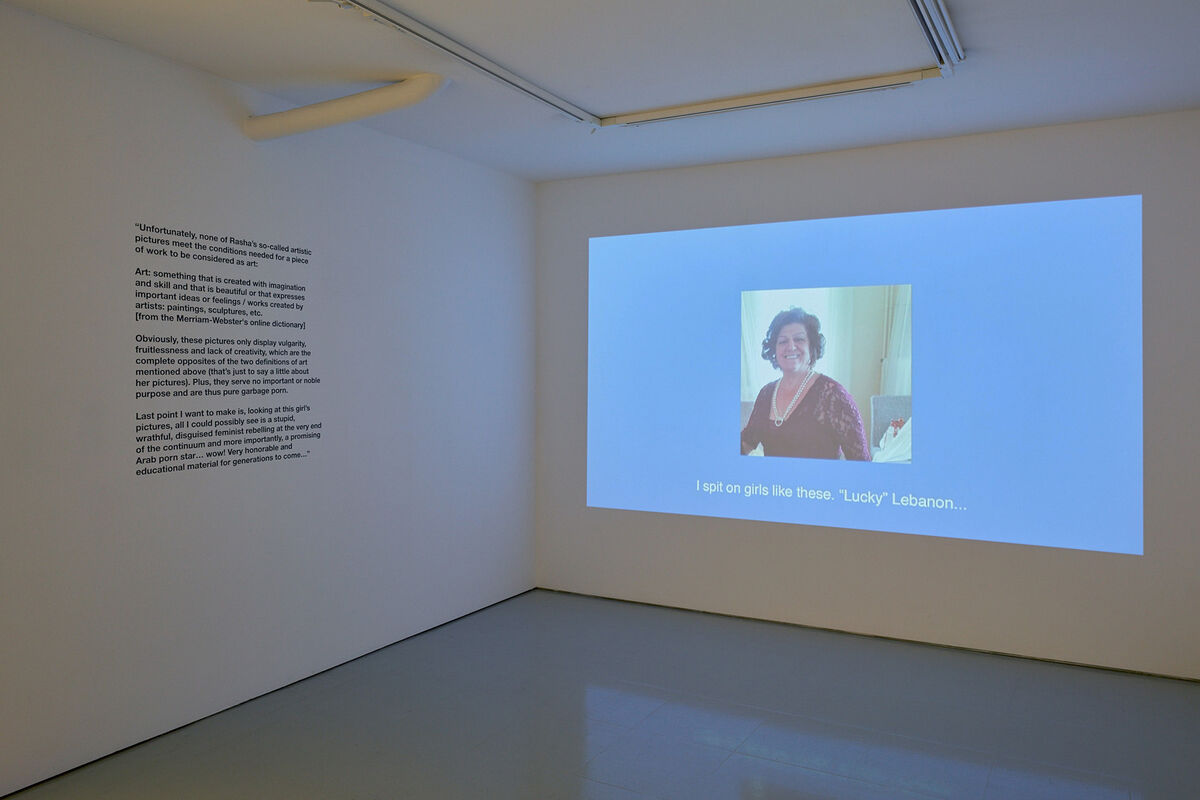 Advertisement
More than two years after the incident, “In Your Home” is enjoying yet another resurgence, this time at London’s Art First Projects in “Anatomy of a Scandal.” In imitation of the pixels and black bands used by the media to censor her images, Kahil has altered the glass of her frames on four photographs from the original series currently on display. As a result, the images possess layers absent from their initial conceptions, much like the media-censored images. In addition to these photographs, also included in the exhibition is a collection of email messages that Rasha received, and, on a similar note, a video installation wherein the artist reads—in both English and Arabic—various comments made about her and her work on social media, along with the profile pictures of those who posted them. “It was my way of neutralizing [the comments],” she says regarding her recitations, “because they’re in my own voice.”
As with “In Your Home,” issues of privacy surround Kahil’s latest exhibition, although she is undaunted. “You have to be accountable for what you write online, even in a moment of passion,” she remarks. “In the same way [people] took everything from me, I’m taking things from them.” Altogether, though, the reception of the exhibition amongst London audiences has been particularly positive. “People are laughing a lot,” she notes. 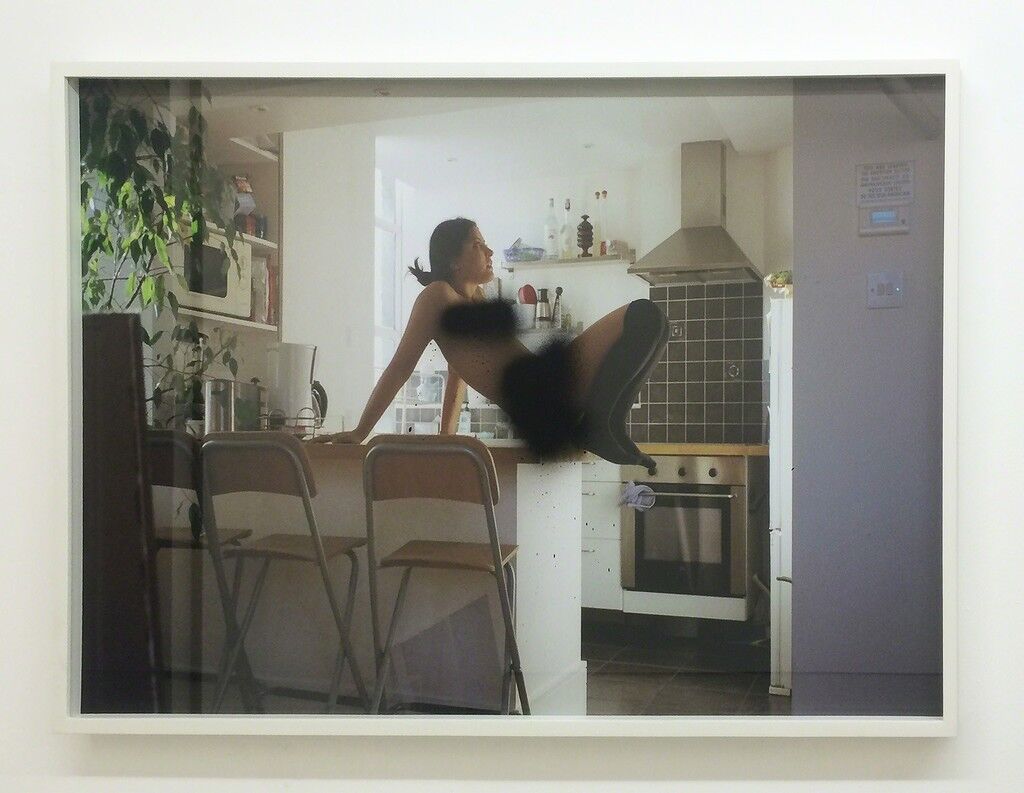 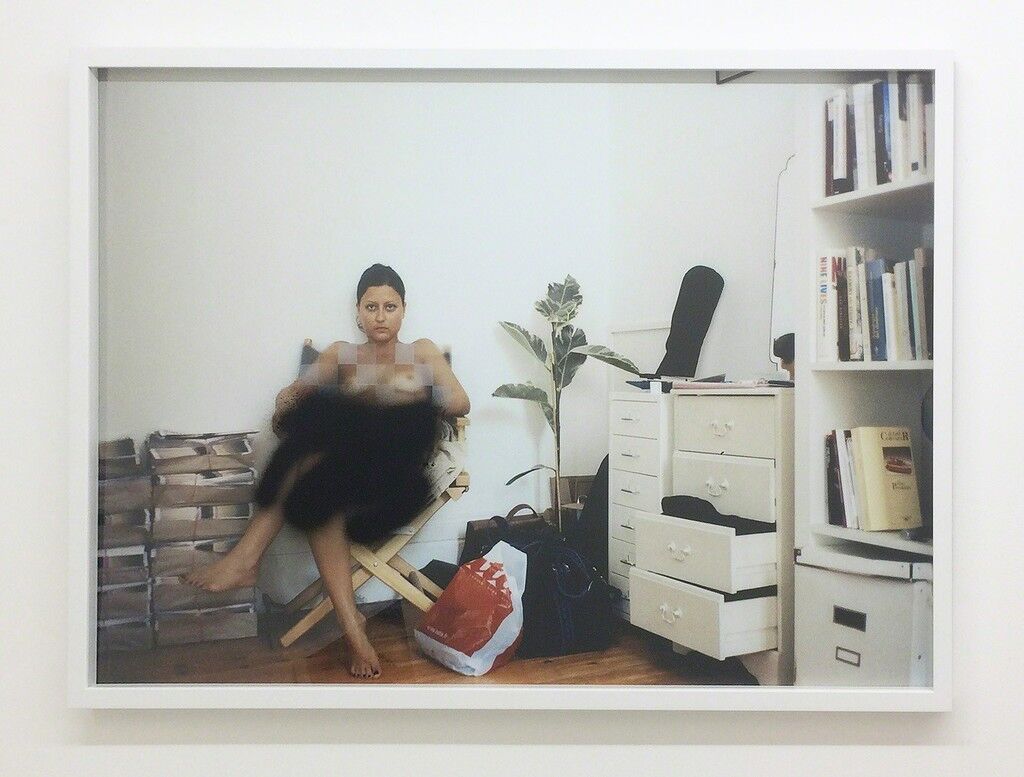 Rasha Kahil
Anatomy of a Scandal I, 2016
Art First
That being said, the artist would like the images to be shown in their original context, in the Middle East, as she is aware that an exhibition in London could inevitably raise discussions of East versus West and the situation of Arab women in the region—which are not pertinent to her work. In any case, notwithstanding the fact that they’ve received attention three times over at various points in time, Kahil sees “Anatomy of a Scandal” as being the last visitation of the photographs she took nearly a decade ago. “I’m done. It’s come full circle,” she says, humorously accepting the end of her self-portrait games. “I started this in 2008 … it’s 2016!”
—Joobin Bekhrad
“Rasha Kahil: Anatomy of a Scandal” is on view at Art First, London, May 19–Jun 11, 2016.
Related Stories