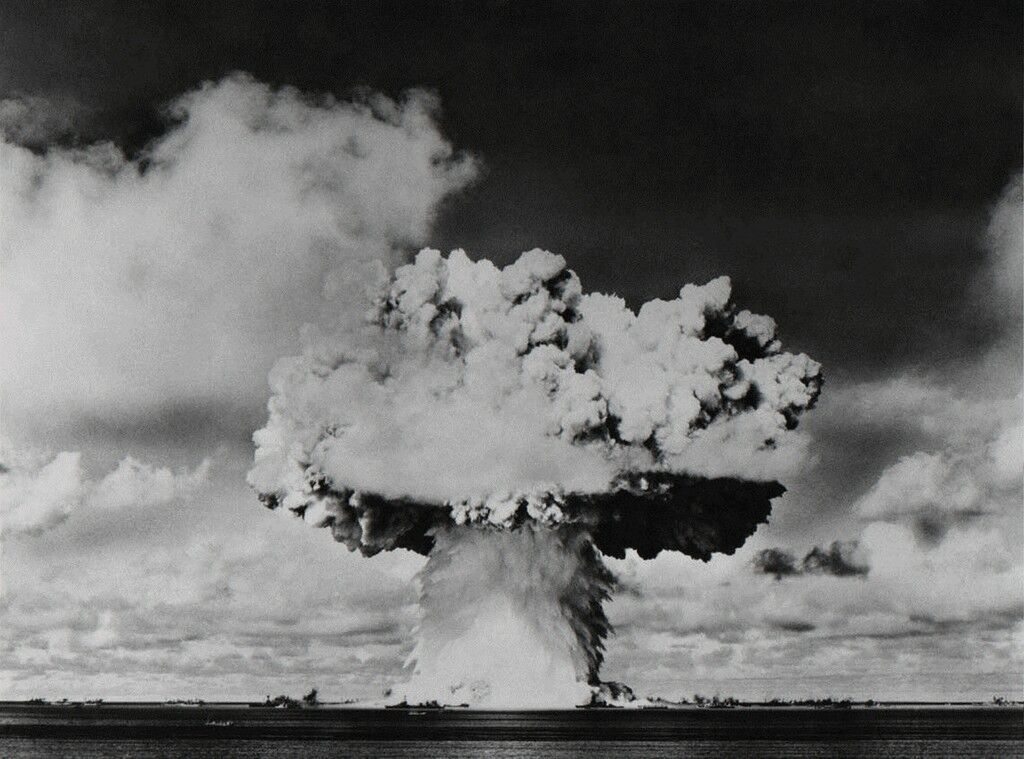 Bruce Conner
CROSSROADS, 1976-2013
"BRUCE CONNER: IT’S ALL TRUE" at Museum of Modern Art, New York
As a child, the late artist
Bruce Conner
overheard his father exchanging pleasantries with a neighbor in their front yard. Their conversation was so stilted and trite that the young Conner thought they must have been speaking in code. At that moment, as his story goes, he reckoned that adults must be using language to hide something from children. “I learned to distrust words,” he told an interviewer in 1986. “I placed my bet on vision.”
This story is one of many that shed light on the famously shapeshifting, highly influential artist in the catalog for “Bruce Conner: It’s All True,” a long-awaited retrospective opening at MoMA on July 3rd. Organized by SFMOMA, where it travels this fall, the exhibition is an unprecedented gathering of more than 250 works from the ’50s through his death in 2008, from magnificently grimy assemblages and haunting black-wax sculptures to cut-paper collages, obsessive felt-tip pen drawings, ethereal photograms, and, of course, the visionary underground films that Conner might be best known for. The show also documents some of his public actions, like his run for a San Francisco City Supervisor seat in 1967, for which he read a list of desserts for his major policy speech.
“He’s arguably the most important Bay Area artist of the late 20th century,” says co-curator Rudolf Frieling, who spearheaded the idea for the show in 2009 after SFMOMA added its first Conner film to its holdings of the artist’s assemblages and drawings. And yet Conner has never quite received the name recognition of East Coast heavyweights of his era, and this is his first major show in New York. A traveling survey organized by the Walker Art Center in 2000 never made it to the East Coast. “No New York institutions were interested,” says SFMOMA’s Gary Garrels, who co-curated “It’s All True” with Frieling and Rachel Federman, along with Stuart Comer and Laura Hoptman from MoMA. “He wasn’t yet on the critical radar screen for most people at the time. He was still considered a little marginal.” This exhibition is certain to change that. 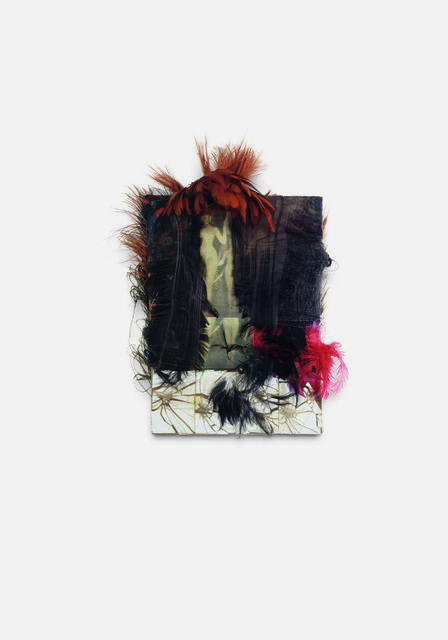 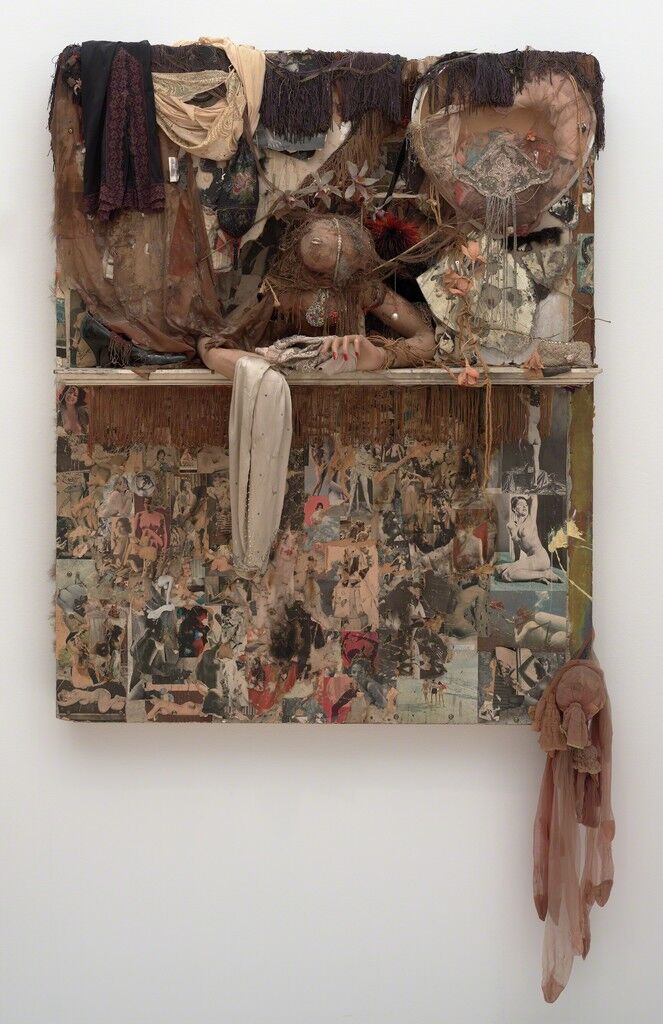 Bruce Conner
LOOKING GLASS, 1964
"BRUCE CONNER: IT’S ALL TRUE" at Museum of Modern Art, New York
He might not be a household name, but his influence has been vast. A counter-cultural hero during the Beat era and a mainstay of San Francisco’s punk rock scene in the late ’70s, he was a nuanced prankster and a piercing social critic who sought to reveal the dark impulses driving human behavior in post-war, consumer-crazed America. He pioneered a style of filmmaking—meticulously edited, non-narrative streams of images set to music—that has undoubtedly helped to shape the aesthetics of dozens of contemporary video artists, from
Dara Birnbaum
to
Ryan Trecartin
.
While Conner didn’t invent the found-object assemblage, the language of his delicate sculptures, with their controlled-yet-unhinged arrangements of unlikely items, can be traced to numerous artists. “
Kevin Beasley
and
Carol Bove
, who both have essays in the catalog, come to mind, as does
Rachel Harrison
, or even
Trisha Donnelly
, who I know is fascinated by the dark witchiness of Conner’s work,” says MoMA’s Stuart Comer. “So many younger artists seem connected to Bruce, too, like
Win McCarthy
, Robert Bittenbender, or
Stewart Uoo
.”
Raised in Wichita, Kansas, Conner moved to San Francisco in 1957 with his wife, the artist
Jean Conner
, in search of a more liberated creative community than that of the Midwest, or even New York. His tactile, abstract paintings from the mid-1950s had met with some success through his New York dealer, Charles Alan, but in San Francisco his work quickly evolved. He began scavenging for society’s discards and carefully arranging his finds—broken furniture, bits of wallpaper, beads, lace, rubber tubing, tobacco, garter belts, tassels, feathers, razor blades, electrical cords, photos of femme fatales—into layered assemblages that he often bound with torn nylons. These stockings sometimes function as a scrim, inviting viewers to voyeuristically peer at the musty contents trapped within. Some evoke tribal fetish objects, while others bring to mind the decaying Victoriana and fraught domesticity of Charles Dickens’s Miss Havisham. Conner once said he chose some of his materials to underscore the fabricated concept of femininity imposed on women. 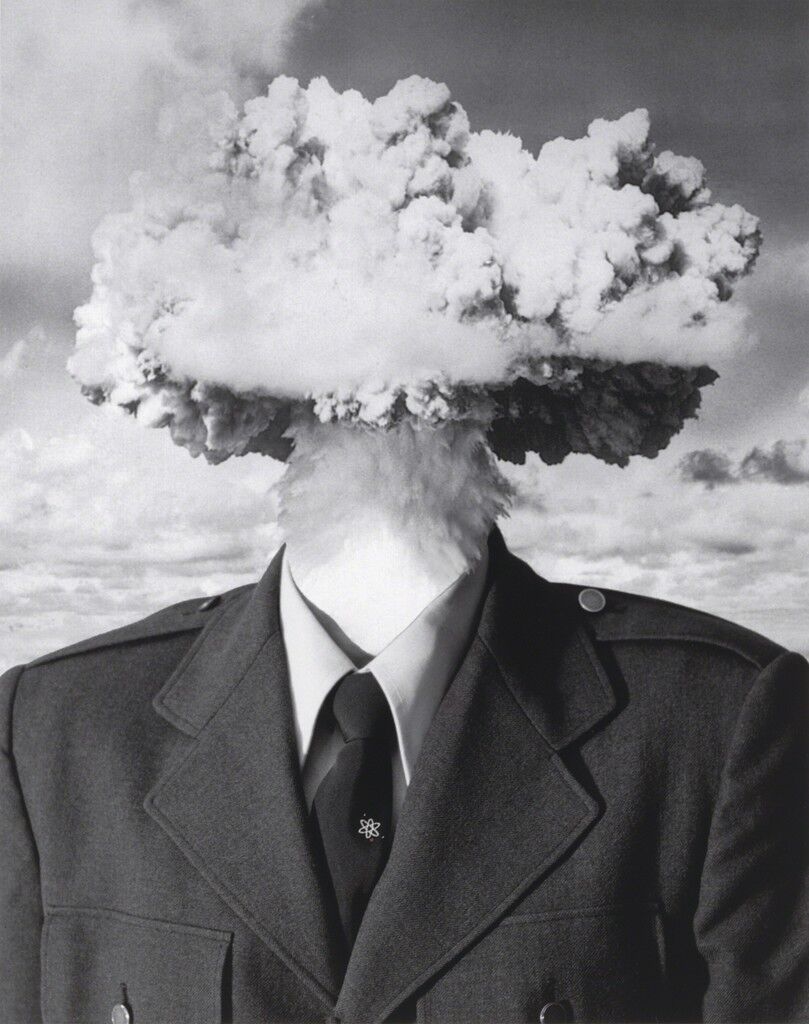 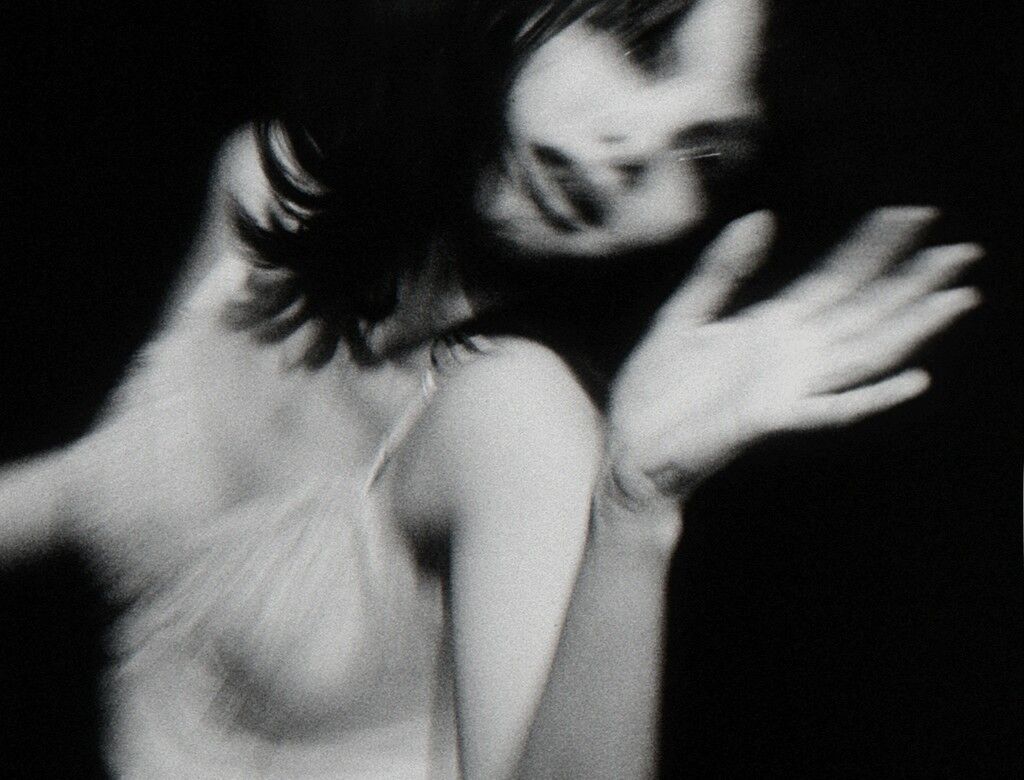 Bruce Conner
BREAKAWAY, 1966
"BRUCE CONNER: IT’S ALL TRUE" at Museum of Modern Art, New York
Advertisement
Conner’s films, which he also started making in the late ’50s, speak even more directly to the flood of imagery flooding out of Hollywood and Madison Avenue at the dawn of the televisual era. His groundbreaking A MOVIE (1958), a non-narrative montage of carefully spliced found footage cut from newsreels and B-movies (Westerns, soft-core pornography, war and disaster reels) set to music, intertwines the forces of desire and destruction. “This really was a watershed moment in cinema,” says Comer. “He took editing to a different level. His appropriation of media imagery was absolutely in sync with the reality of that moment, and he uses it to capture this idea of excess and violence that was so central to American society.”
Despite Conner’s claim to a sort of feminist critique, there is no shortage of sexualized nude women in his work—one of the artist’s many ambiguities. “It’s a big question for a lot of people,” says Comer. “After a very quick reading without knowing anything about him, one might walk away and say he’s a misogynist, but he was adamant that American pop culture objectified women and perpetuated images of violence toward women.”
Conner didn’t take themes of war and destruction lightly either. In 1961, with the specter of nuclear war overshadowing the U.S., he and his wife moved to Mexico City. There, he met the experimental psychologist and advocate of psychedelics Timothy Leary, took mushrooms, drew a lot, and made more assemblages. He returned to San Francisco, via a brief stint in Massachusetts, in 1963, and made one of his most prophetic films, A REPORT (1963–67), which probes the media’s insidious manipulation of Kennedy’s assassination. His finger was similarly on the pulse with BREAKAWAY (1966), a mesmerizing, kinetic sequence of images in which the singer and actress Toni Basil dances (sometimes nude) to her ’60s song of the same name. It’s not surprising that he’s been called the “father of the music video.” He also made videos for Brian Eno and David Byrne, as well as Devo, when MTV first launched. 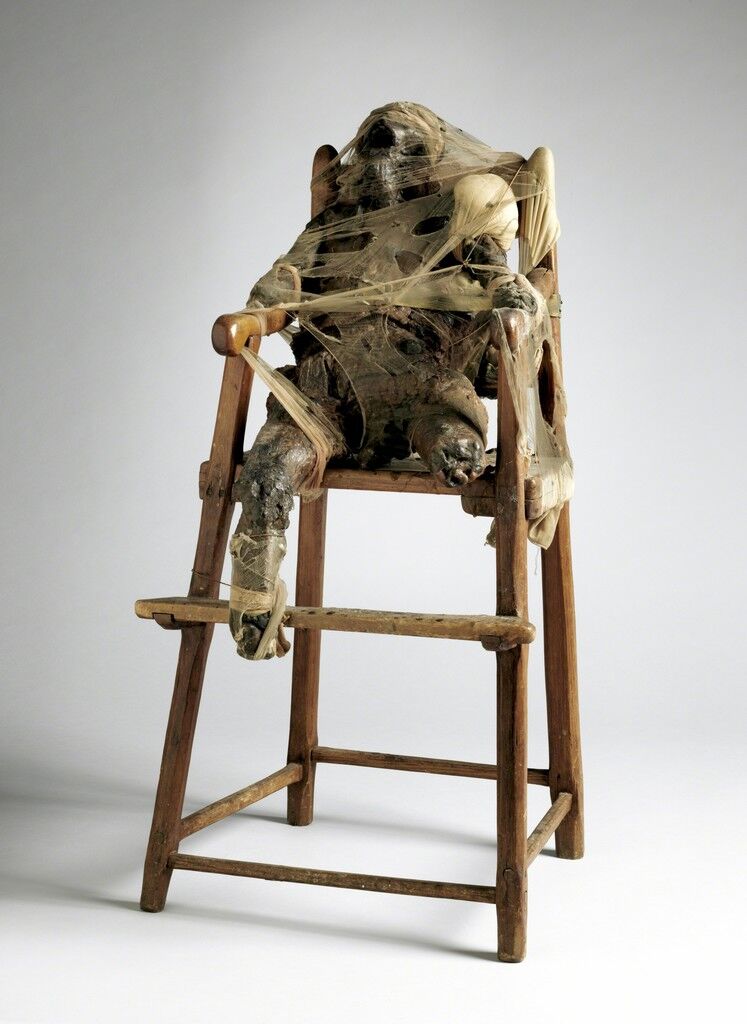 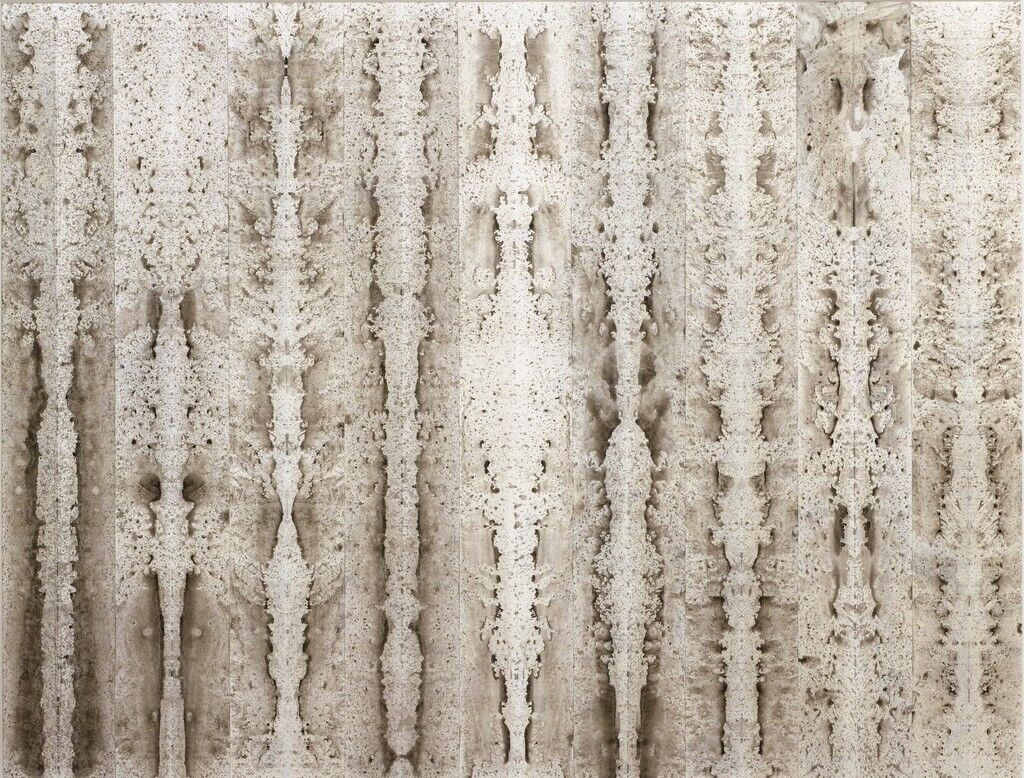 Bruce Conner
BURNING BRIGHT, 1996
"BRUCE CONNER: IT’S ALL TRUE" at Museum of Modern Art, New York
A tremendous amount of work has gone into “It’s All True,” including the conservation of intensely fragile assemblages that have not been displayable for years. (It turns out torn women’s stockings aren’t the most durable material.) One such work is Child (1960), which a critic once called “something a ghoul would steal from a graveyard.” Conner’s films have also been restored, and one celluloid gem, CROSSROADS (1976)—which shows military footage of underwater nuclear tests in the South Pacific between 1946 and 1958—has even been carefully transferred to a digital format for a lusher, higher-definition viewing experience of a film that was already very intense.
Seeing all this work together, what really stands out is Conner’s ability to coax so much visceral power out of many different mediums. “He wanted to get beyond surface reality to what I would say is a deeper understanding of existence,” says Garrels. “You get this feeling like the work opened up to some other experience that transcended the normal and everyday. At the same time, he was obsessed with the physicality, the materiality, the literalness of the work. That’s part of the paradox of Conner.”
Meredith Mendelsohn
“Bruce Conner: It’s All True,” is on view at MoMA, New York, Jul. 3–Oct. 2, 2016.
Related Stories