How Pollock, Picasso, and 7 Other Iconic Artists Overcame Creative Block 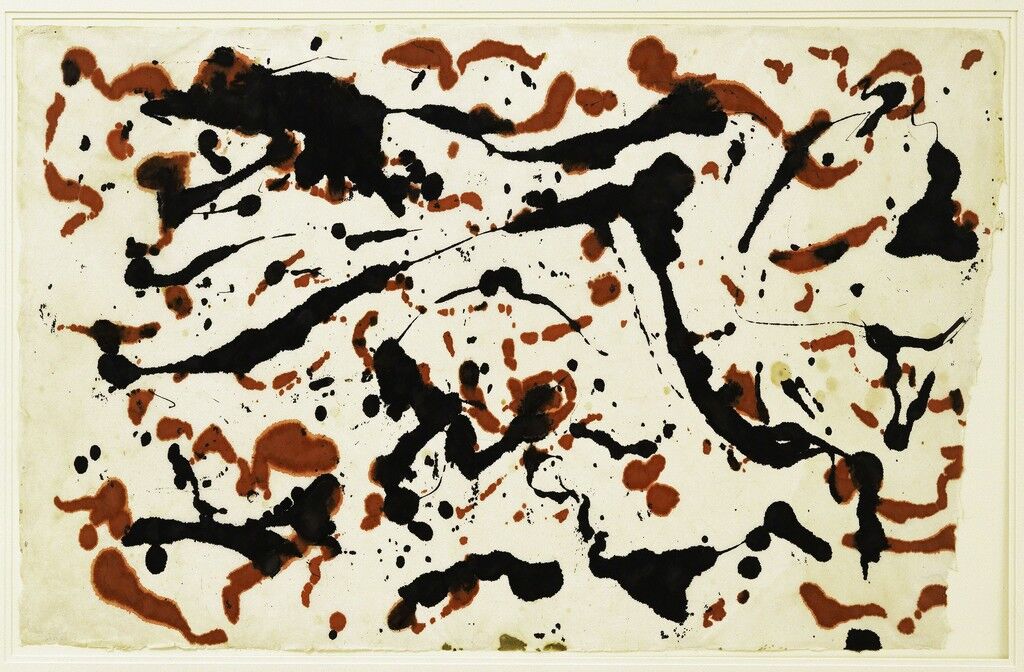 Jackson Pollock
Untitled, 1951
"Jackson Pollock: Blind Spots" at Tate Liverpool, Liverpool (2015)
In 1951, Jackson Pollock was at his peak. A landmark 1949 article in Life magazine had asked whether he was “the greatest living painter in the United States,” yet he was struggling with his fame and sank into alcoholism and depression. The resulting paintings from that period, the “Black Pourings,” were a radical departure from his previous dripped work, and form the subject of Tate Liverpool’s current exhibition “Blind Spots.”
The concept of “creative block” is a complex one. From a psychoanalytic perspective, a block might constitute an unsuccessful attempt to channel one’s unconscious, as stymied by personal or emotional difficulties. Whether or not Pollock was blocked, it’s clear that his emotional and professional lives were deeply interlinked.
“It’s argued the change in his style came about because Pollock felt compelled to reinvigorate himself and the way he created artwork during a difficult period in his life,” says Stephanie Straine, an assistant curator at Tate Liverpool. “I think it’s pretty safe to say that every creative person has experienced a block at some point,” adds Danielle Krysa, author of the 2014 book Creative Block. So which artists have encountered such pronounced difficulty in their practice, and moved in a fresh direction? From sculptors to painters, the list is a long one. Here are some of the most compelling. 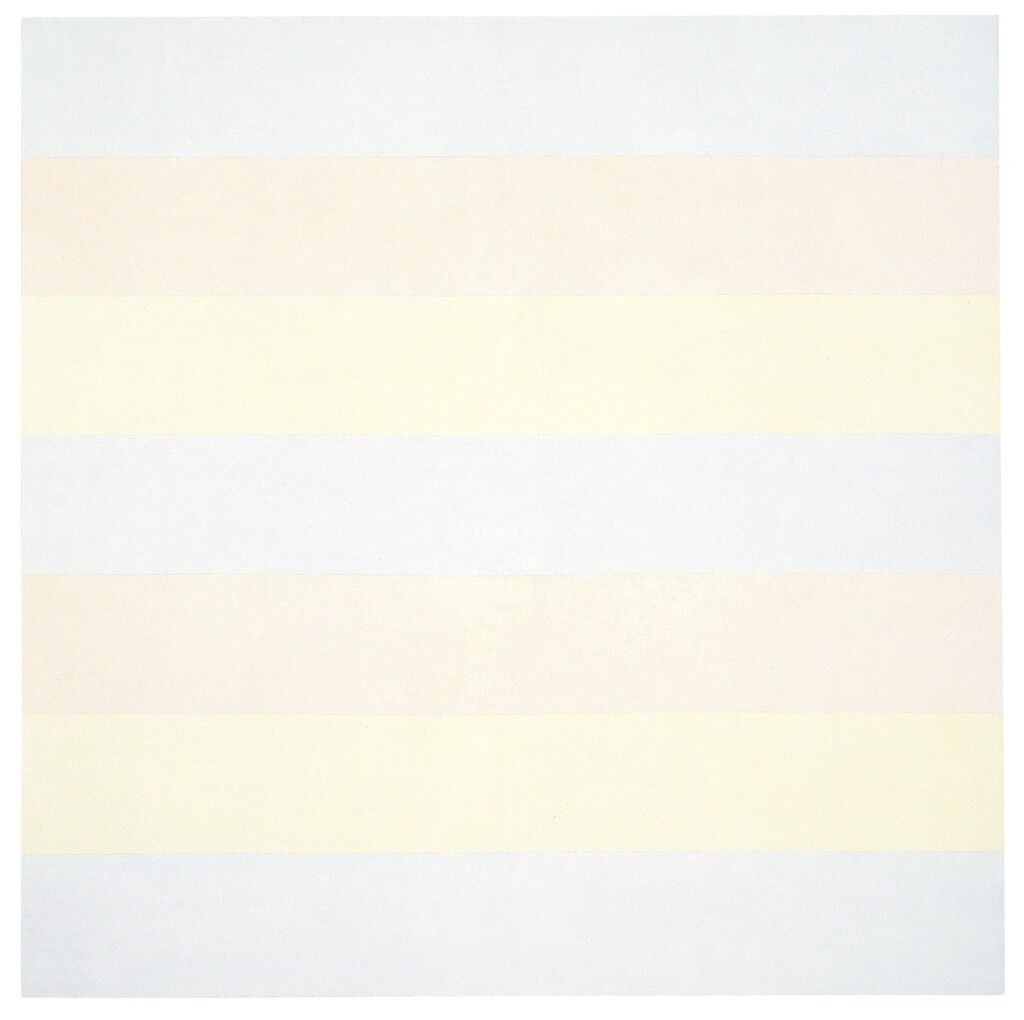 Agnes Martin
Untitled #5, 1998
"Agnes Martin" at Tate Modern, London (2015)
Martin, whose work is currently showing at Tate Modern, famously fled success in New York in 1967, gave away her materials, built a house in New Mexico, and then did not show evidence of painting for seven years. By 1974, she had refined her grid-like aesthetic and begun incorporating ethereal colors and clearer vertical and horizontal lines. “Their perfection is hard-won,” writes Olivia Laing in The Guardian. 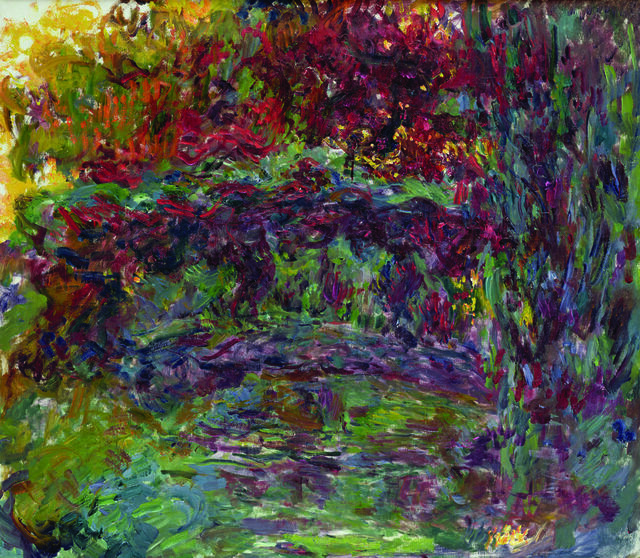 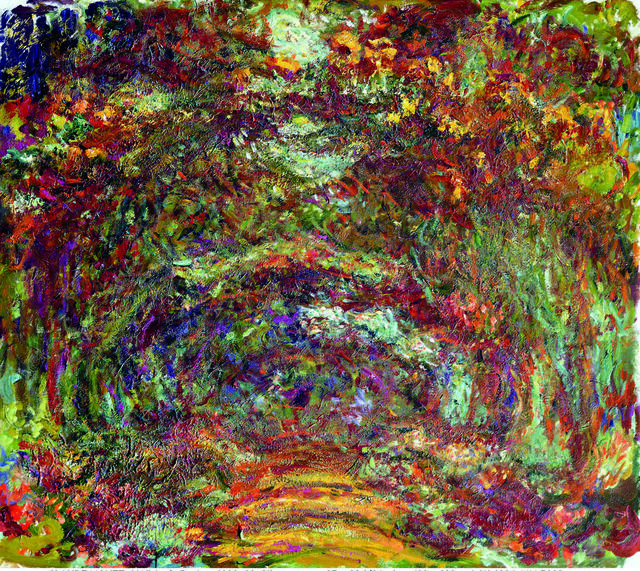 Claude Monet
L'Allée de Rosiers, 1920-1922
Gagosian Gallery
Advertisement
The Impressionist was known to destroy copious amounts of work through frustration; the death of his wife Alice in 1911 stopped his output for two years. He broke the hiatus by painting the rose-covered trellises at the entrance to his water garden at his home in northern France. The resulting artwork, the 22 panels of the Grandes Decorations, was installed at the Musée de l’Orangerie and was one of his most ambitious ever. Barbara Hepworth
Delphi (Stone Form), 1960
New Art Centre
In the early 1950s, after the death of her son and her separation from painter Ben Nicholson, the sculptor suffered severe depression. Hepworth went to Greece to study classical sculpture with a friend, the artist Margaret Gardiner. Suitably inspired, she returned to carving tropical hardwoods, a material that had been unavailable since World War II. The results included Curved Form (Delphi) (1955). 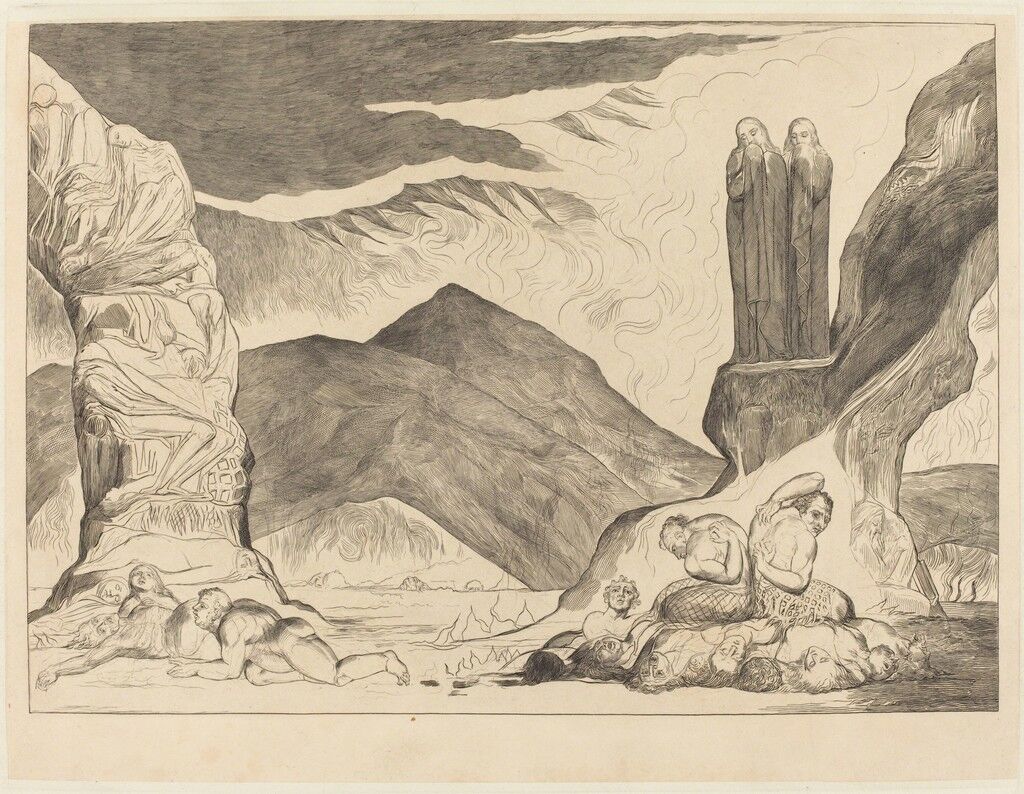 William Blake
The Circle of the Falsifiers: Dante and Virgil Covering their Noses because of the st, 1827
National Gallery of Art, Washington D.C. 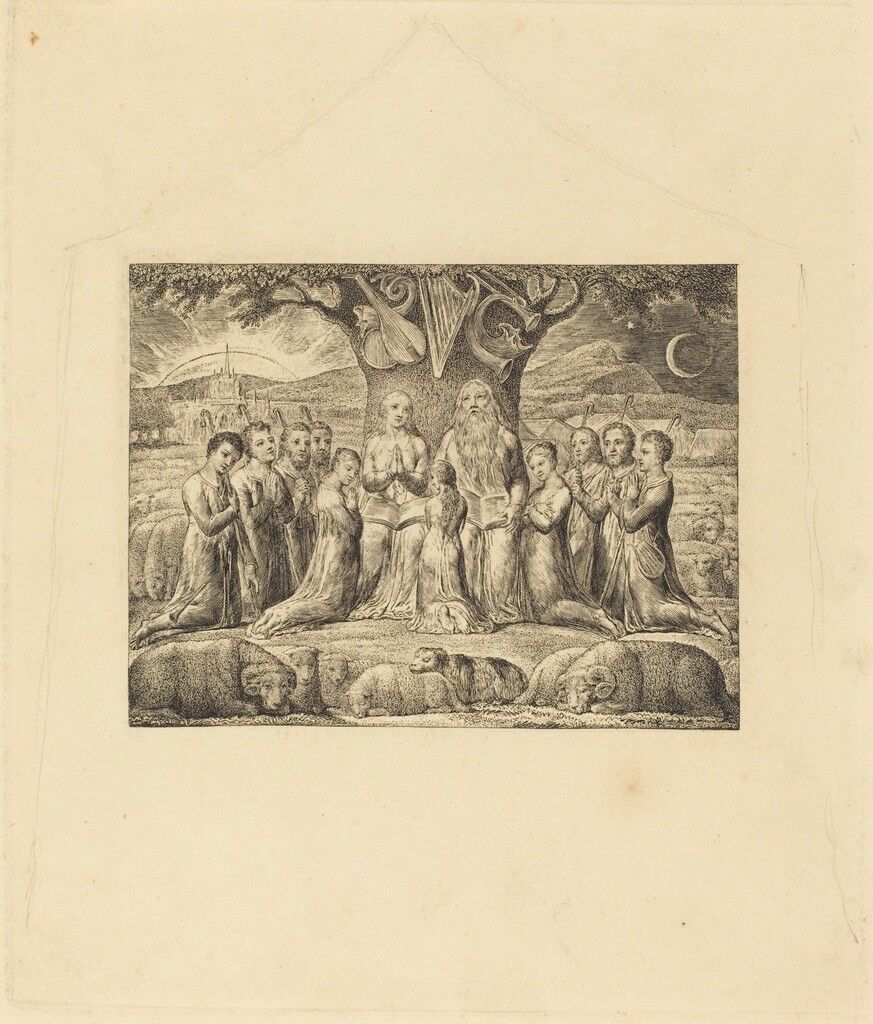 William Blake
Job and His Family, 1825
National Gallery of Art, Washington D.C.
After the “fiasco” of Blake’s poorly attended, self-organized exhibition at his brother’s haberdashery shop in Soho, London in 1910, the artist “retreated from the public,” according to the academic G. E. Bentley. “It was not until after 1818 when he attracted a little coterie of young artists… that Blake committed himself to publishing and public engraving once more.” The artist went on to complete two of his greatest successes in line engraving, “Illustrations of the Book of Job” and his illustrations to Dante’s Inferno. Louise Bourgeois
Avenza Revisited II, 1968-1969
Cheim & Read
After Bourgeois’s father died in 1951, the artist struggled with agoraphobia and depression, entered psychoanalysis, and almost stopped exhibiting her work (save one small solo exhibition) between 1953 and 1964. The sculptural work that she made in the late 1960s, a departure from her more stiff, monolithic “Personages,” resulted in her signature biomorphic forms, which she rendered in bronze, plaster, latex, and marble.

In 1935, the divorce from his first wife, Olga, who took custody of his son Paulo, and the birth of his daughter, Maya, to his mistress Marie-Thérese, all affected the Cubist. “He no longer went upstairs to his studio,” says Picasso’s friend, Spanish artist Jaime Sabartés, in Patrick O’Brien’s 1976 biography Picasso. “And the mere sight of his pictures and drawings infuriated him.” The artist turned to writing poetry, later published in literary journal Les Cahiers d’Art. 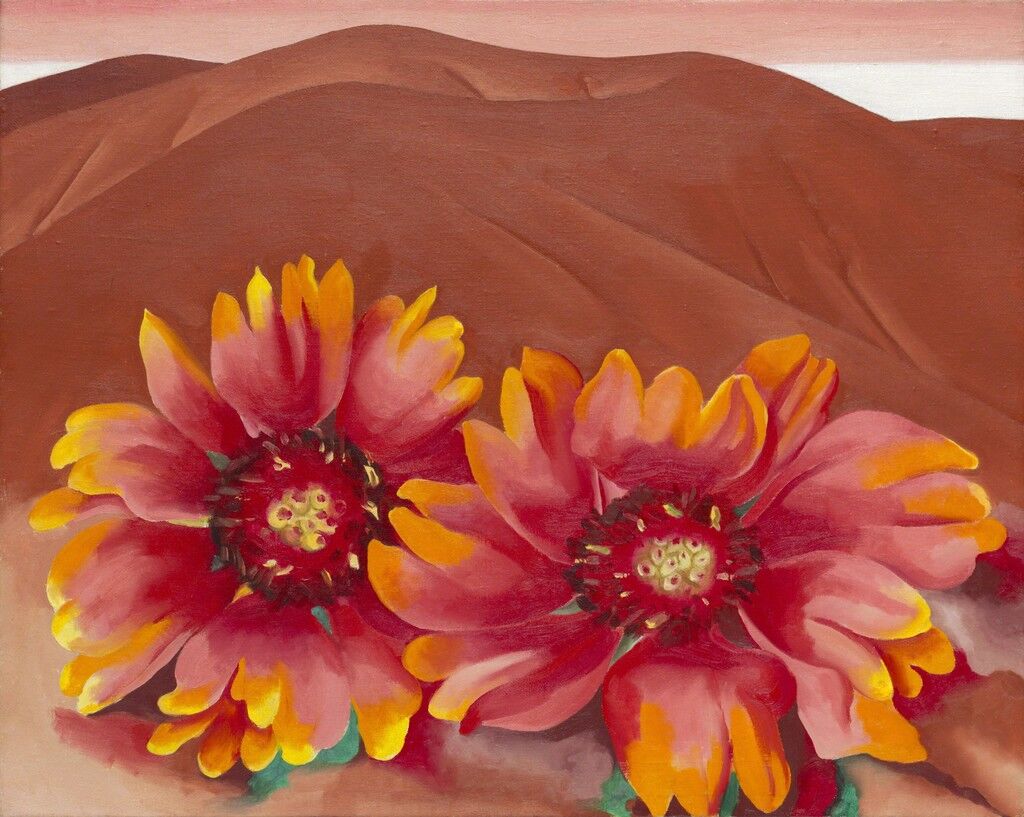 Georgia O'Keeffe
Red Hills with Flowers, 1937
Art Institute of Chicago
The Wisconsin-born painter was admitted to a New York hospital in 1933, according to her biographers Roxana Robinson and Hunter Drohojowska-Philp, following a period of anxiety related to a Radio City Music Hall mural commission. Critics now conclude that the artist was caught between fear of public failure and worry over her difficult husband, photographer
Alfred Stieglitz
. She moved to Ghost Ranch, New Mexico, where the landscape provided “new inspiration” for her practice, according to the Georgia O’Keeffe Museum in Sante Fe. 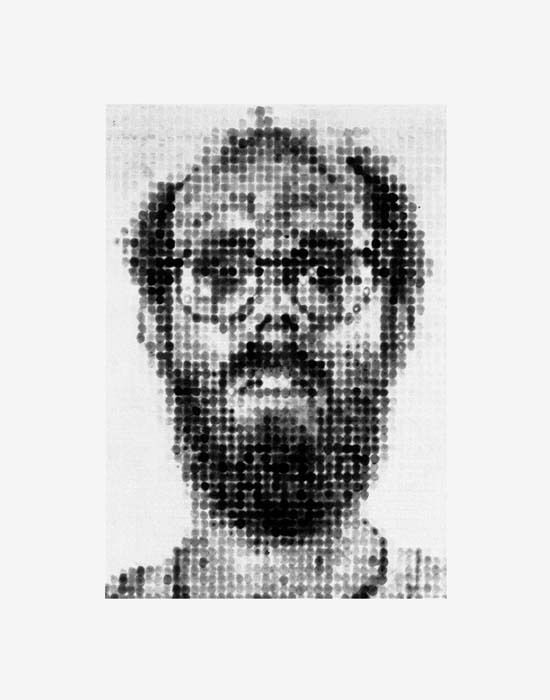 Chuck Close
Self-Portrait, 1988
Contessa Gallery
Close is the exception that proves the rule. He followed his 1988 spinal-artery collapse with a prolific output. “Inspiration is for amateurs — the rest of us just show up and get to work,” he said in a 2003 interview. “I never had painter’s block in my whole life.”
Rob Sharp
“Jackson Pollock: Blind Spots” is on view at Tate Liverpool, Jun. 30–Oct. 18, 2015.
Explore Tate Liverpool on Artsy.
Related Stories