How The Gap’s Founders Helped Shape the New SFMOMA Most works of art in American museums have been given, not purchased. These donations by collectors have helped drive the physical transformation of public institutions that continually need more space to display their growing holdings. Great collectors have sometimes opted instead to start their own museums—from the Frick Collection in New York to The Broad, which opened last fall in Los Angeles—ensuring their treasures will never be forgotten in the basement of a larger institution. “I felt we had to find a third way,” says Neal Benezra, director of the San Francisco Museum of Modern Art (SFMOMA), who, with his board chair Charles Schwab, negotiated an unusual public-private partnership in 2009 with Donald and Doris Fisher, the founders of The Gap, after their hopes of creating a museum for their preeminent collection of post-war and contemporary art in San Francisco’s Presidio met with community resistance.
The Fishers agreed, shortly before Don’s death, to place in trust their some 1100 works, which would be housed at SFMOMA for a minimum of 100 years in a new wing the family would help fund. “You wouldn’t attempt this for just any collection,” says Benezra, who had already begun planning a modest expansion that then mushroomed in ambition and scope with the Fisher family’s involvement. “It may provide an alternative model for how such partnerships might work in the future,” he says.
On May 14th, SFMOMA reopens with a 10-story, Snøhetta-designed addition to its 1995 Mario Botta building, more than doubling its space for a price tag of $305 million (with another $305 million raised for endowment and operating costs while the museum was closed). On view will be some 260 core works from the Fisher collection by nearly 70 artists in designated Fisher Collection Galleries, which span 60,000 square feet, more than 40% of the total 146,000 square feet of indoor gallery space. The male-centric lineup includes works by
Alexander Calder
,
Sol LeWitt
,
Gerhard Richter
,
Cy Twombly
,
Chuck Close
, and
William Kentridge
, with a smattering of those by women such as
Joan Mitchell
,
Pat Steir
, and
Shirin Neshat
. 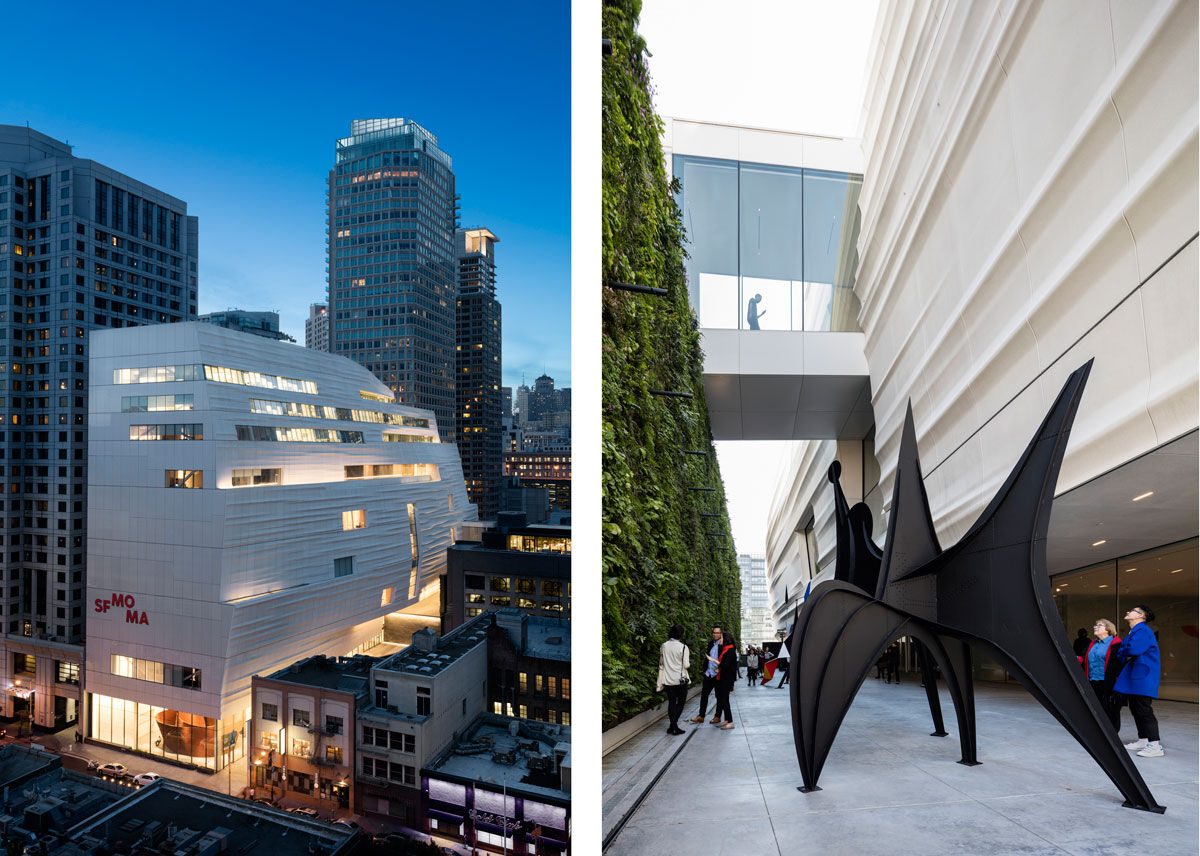 “When we open, almost all the works in these designated galleries will be Fisher Collection so that people can understand the character of the collection, its quality, range, and depth,” says Gary Garrels, senior curator of painting and sculpture at the museum, who has mixed only six key pieces from SFMOMA’s own collection into this monographic display in the Fisher Collection Galleries.
A hallmark of the Fishers’ collecting, which the couple did together starting in the 1970s, was acquiring the work of artists they loved in great depth. From the 40 Calder sculptures they owned, Garrels has picked eight for one gallery to show the different ways the artist handled movement across his career. He is devoting three galleries to displaying some of the 22 works by Richter in the Fisher Collection. (Together with the 21 Richters already owned by the museum, SFMOMA is now the finest repository in the world of the artist’s work, according to Richter himself.) Other artists that get galleries of their own include
Agnes Martin
(Doris’s favorite artist),
Anselm Kiefer
,
Andy Warhol
,
Richard Serra
,
Frank Stella
, and
Ellsworth Kelly
(who, shortly before his recent death, called the four-gallery installation plan for his work “a museum within a museum”).
Under the terms of the agreement, once every 10 years another such monographic display will be installed throughout the Fisher Collection Galleries. During the other 90 years, the museum’s own collection can be cycled in as long as 75% of the works in these designated galleries are Fisher pieces, which will get the same care, scholarship, and conservation as every other work in the museum. Garrels doesn’t feel the 75% threshold ties his hands curatorially. “There are so many possibilities about how to approach this collection,” he says. “Some much more unorthodox ideas are already bubbling for future rotations.” 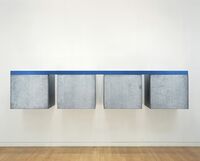 13 Images
View Slideshow
Advertisement
While the Fisher collection clearly has the star presence, the rest of the galleries are showcasing about 1000 works from the museum’s own collection, as well as more than 600 examples of the 3000 promised gifts by more than 200 other collectors as part of the museum’s Campaign for Art initiative. “We were a little bit anxious about whether the Fisher collection coming here would maybe make people less enthusiastic about contributing works to the collection,” says Garrels. “But it was completely the opposite. The Fisher Collection has been a catalyst. This entire community has rallied around the expansion and reopening.” These gifts include works by artists that are new to SFMOMA’s collection, such as
Ai Weiwei
,
Charles Ray
, and
Dana Schutz
, and build on the museum’s holdings of
Jeff Koons
,
Christopher Wool
, and
Diane Arbus
, among many others.
The partnership between the museum and the Fisher family, which has a 25-year grace period for renegotiation at the end of a century, promotes (or necessitates) good communication between future generations. “I think the Fishers didn’t want their family to lose interest,” says Garrels, offering his opinion on why the collectors didn’t donate their works outright. “It keeps the family engaged and the museum itself engaged with the family. They didn’t want the museum to take this collection for granted.”
Hilarie M. Sheets
Works from the Doris and Don Fisher Collection go on view at the San Francisco Museum of Modern Art’s new building, San Francisco, May 14, 2016.
Related Stories