How the Global Refugee Crisis Is Impacting and Influencing Artists 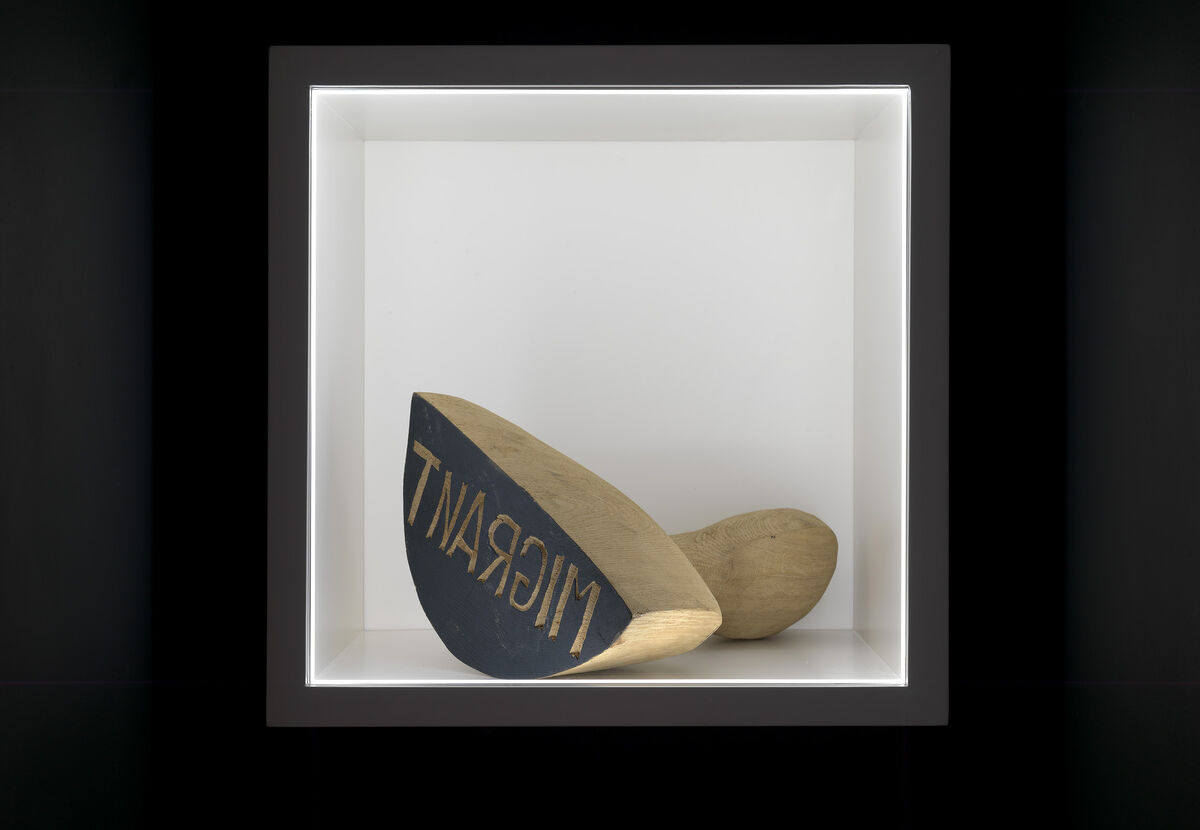 As this year’s summer drew to a close, the picture of drowned three-year-old Syrian Kurd Alan Kurdi reverberated around the world. Picturing Kurdi face down and washed up on a distant Turkish shore, the photograph exemplifies the global refugee crisis, and the media’s interest in it. According to figures discussed by the International Rescue Committee this week, there are now approximately 20 million refugees in the world—around 10% of them in Turkey—though migration levels are hitting record numbers across Europe day after day.
Some of the media’s values—resonant imagery, high event magnitude, time sensitivity—are shared by visual art discourse. The same pictures that are reproduced, reiterated, and distributed widely by online news websites impact and influence artists, who may have first-hand experiences of the issues in question. Their motives may be documentary, cathartic, or they may have no motive at all—and their art may differ in its longevity and the attention it receives. While the influence of migrants on U.S. culture needs little explanation, there is a prevalence of artistic material dealing with the movement of refugees and migrants across the world, and not only in the historical record.

Iranian artist
Shahpour Pouyan
’s ongoing show at London’s Copperfield Gallery, “History Travels at Different Speeds,” features a series of adapted, locally celebrated Persian miniatures, whose figures have been removed, leaving the viewer addressing empty scenes. In one piece, After, ‘God Sets the Course for the Ship, and not the Captain’ (2013-15), an unpopulated sailboat sits atop a grey, forbidding sea. Speaking from Iran, Pouyan said the exhibition, which features 16 new works, was partly an exploration of the past attached to the places left behind as a result of war, drought, or traumatic violence.
“It is the result of my travels around Iran,” Pouyan told me. “It’s about the moment when the emptiness of the abandoned place haunts you and you feel the weight of history. My miniatures [are] freed images of buildings and landscapes, real images you can see today.”
While his work is couched in historical terms—what he describes as “the patterns of history,” that which is “experienced again and again”—he said the ship miniature, based on a 16th-century original, did remind him of contemporary headlines. “The believers leave their life in the hands of God, who take them to their first disaster, civil war,” he added. “They take another move and take the risk of immigrating to an unclear destination. The ship suggests human destiny.” 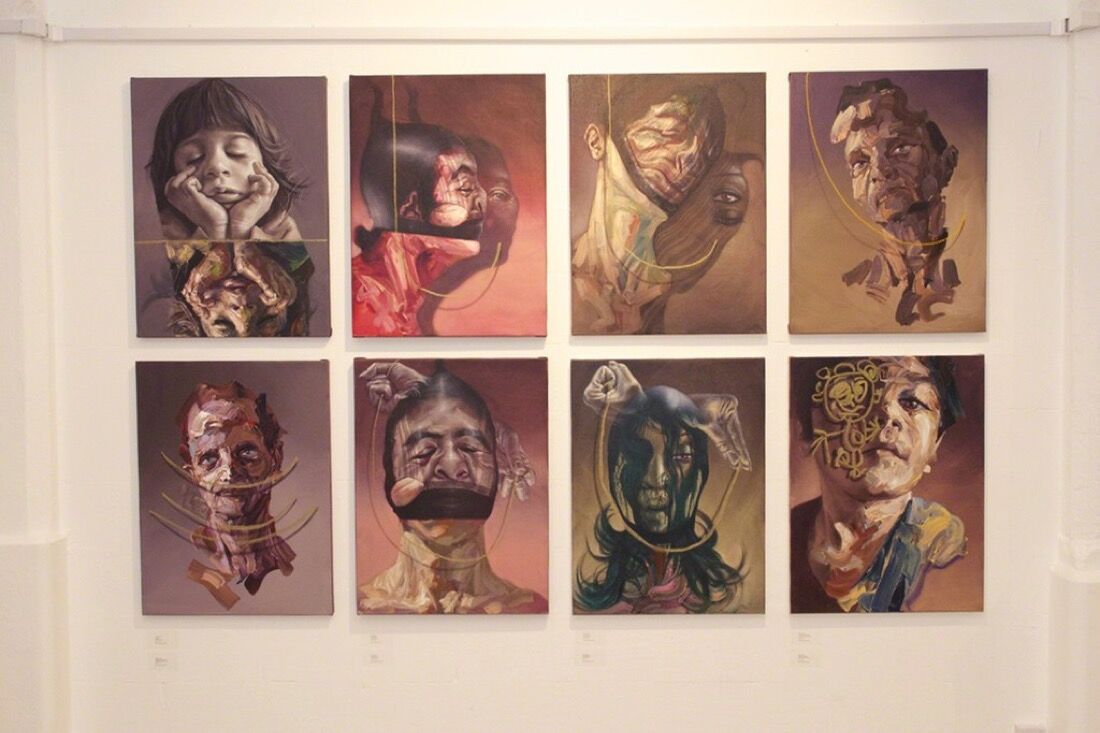 Advertisement
Syrian artist
Sara Shamma
’s May 2015 exhibition at London’s Old Truman Brewery, organized by the city’s StolenSpace Gallery, evinced a more visually obvious connection to recent conflict in the artist’s home country. Shamma left Damascus for Lebanon in 2012 after a car bomb exploded outside her house. She is well known in Syria and won fourth prize for London’s BP Portrait Award in 2004. Her portraits are fleshy and brutal, and often focus on the psychological wounds inflicted on the victims of violence. One image, Butcher (2015), shows a woman considering a hook fed through a heart.
“The unprecedented size of migration to Europe is a sign of the size of the tragedy,” Shamma told me via email. “And it is not going to stop there. This is not an issue of ephemerality, it is unfortunately becoming one of the lasting realities of our time.”
Pouyan relayed some skepticism towards the media’s overemphasis on recent migration as opposed to long-term trends as perhaps a by-product of the dramatic mechanisms for communicating breaking news. However, Shamma defends media’s power. “It is important that the artwork is brought to many people; this can only be done by the media,” she said. “If the work is strong enough, the artist shouldn’t be worried about having his or her message distorted, he or she should have faith in their work. Strong, genuine work can help the cultural portrayal of the situation in Syria while weak insignificant work can hinder it.” She added, however, that art “loses its value when it follows trends or becomes journalistic.” 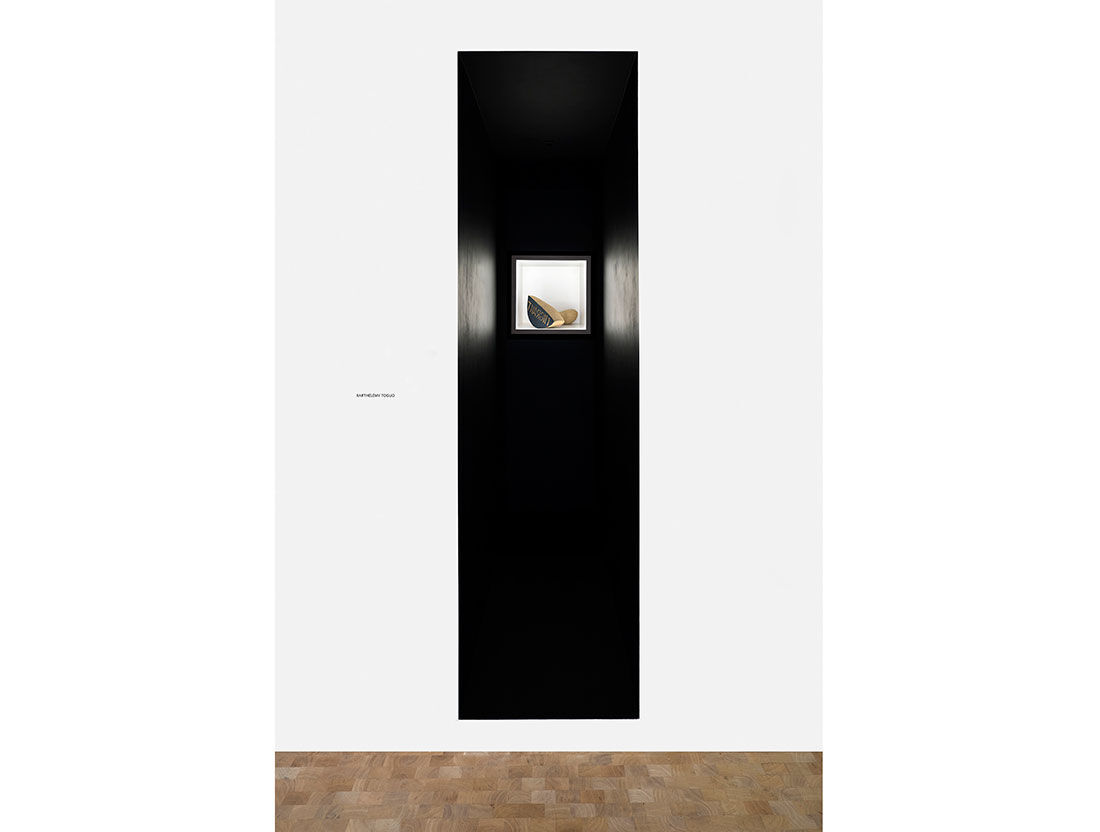 A plethora of artists are considering these issues—shining a light on how art, and imagery as communicated online, can reach wider audiences in the digital age. Cameroonian, Paris-based painter
Barthélémy Toguo
’s work Migrant (2014) was recently on display at London’s Pippy Houldsworth Gallery. The project featured a fictive passport stamp emblazoned with the word “migrant,” suggesting hypothetical transport documents. Toguo, who is also currently showing related work at the Venice Biennale, told me that media imagery acted “like an electric shock” to help the public realize the gravity of a situation, including the “large-scale influx” of people at the French port of Calais “who want to go to England at all costs.” He added: “Art must challenge; the artist echoes the society in which he lives…art is like a shout.”
—Rob Sharp
Related Stories