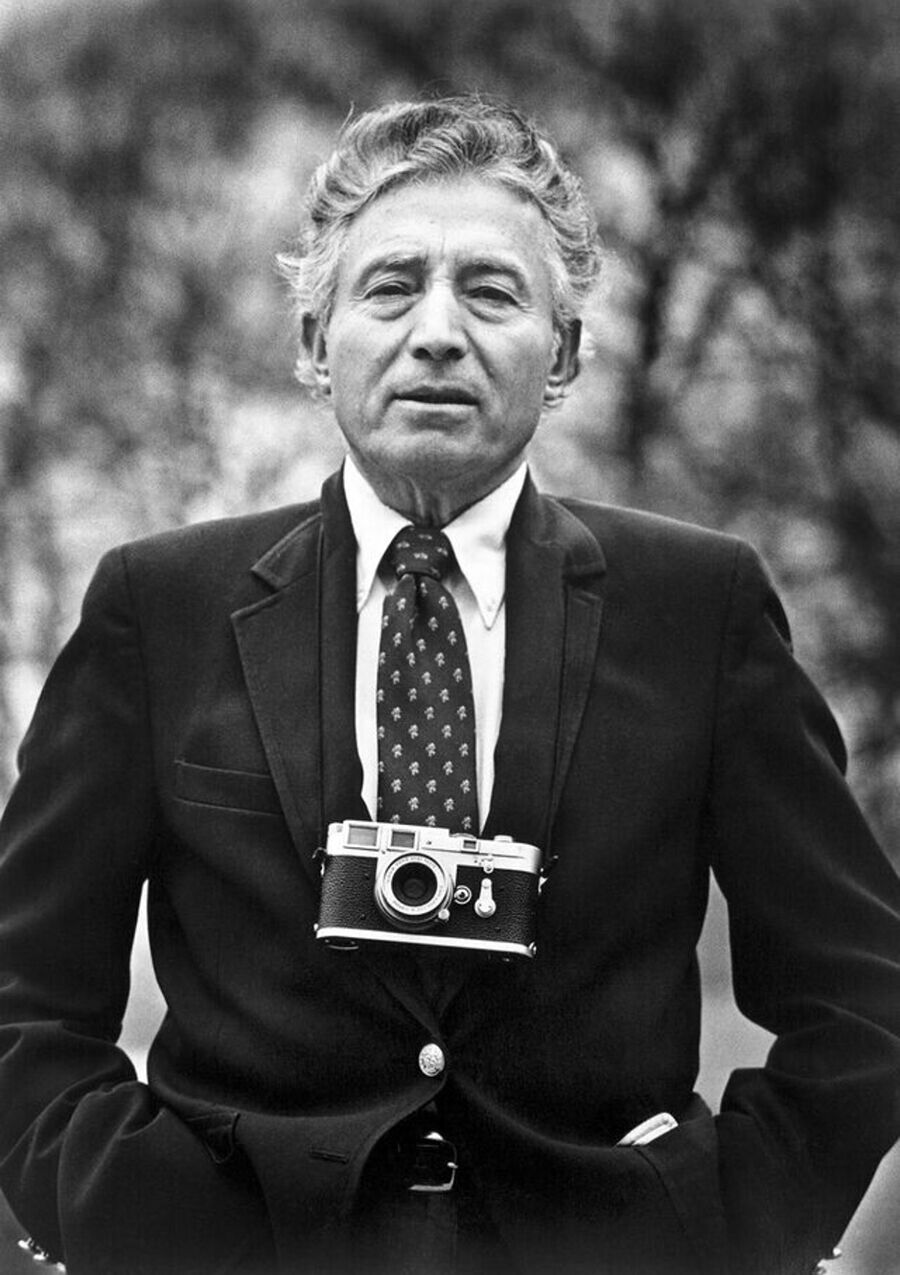 November 9th, 2016. Ninety-three-year-old photographer
Tony Vaccaro
is sitting behind a desk in his Long Island City studio, surrounded by war medals and vintage cameras, the post-election New York Times spread across his desk. “TRUMP TRIUMPHS,” the front-page headline reads in boldface caps. He shakes his head.
As a young GI during World War II, Vaccaro was determined to tell the conflict’s story to the world. He shot some 8,000 images on a smuggled camera, developing scavenged film in Army helmets in the dark of night and stringing negatives to dry from trees. In the years that followed, he left the horrors of the front lines behind him and sought instead to capture beauty, fixing his lens on some of the most influential artists and creatives of the 20th century—
Pablo Picasso
,
Marcel Duchamp
, and
Jackson Pollock
among them. People, he says, “that gave mankind something.” But today, the power of images he’s harnessed for over 70 years finds its greatest resonance. 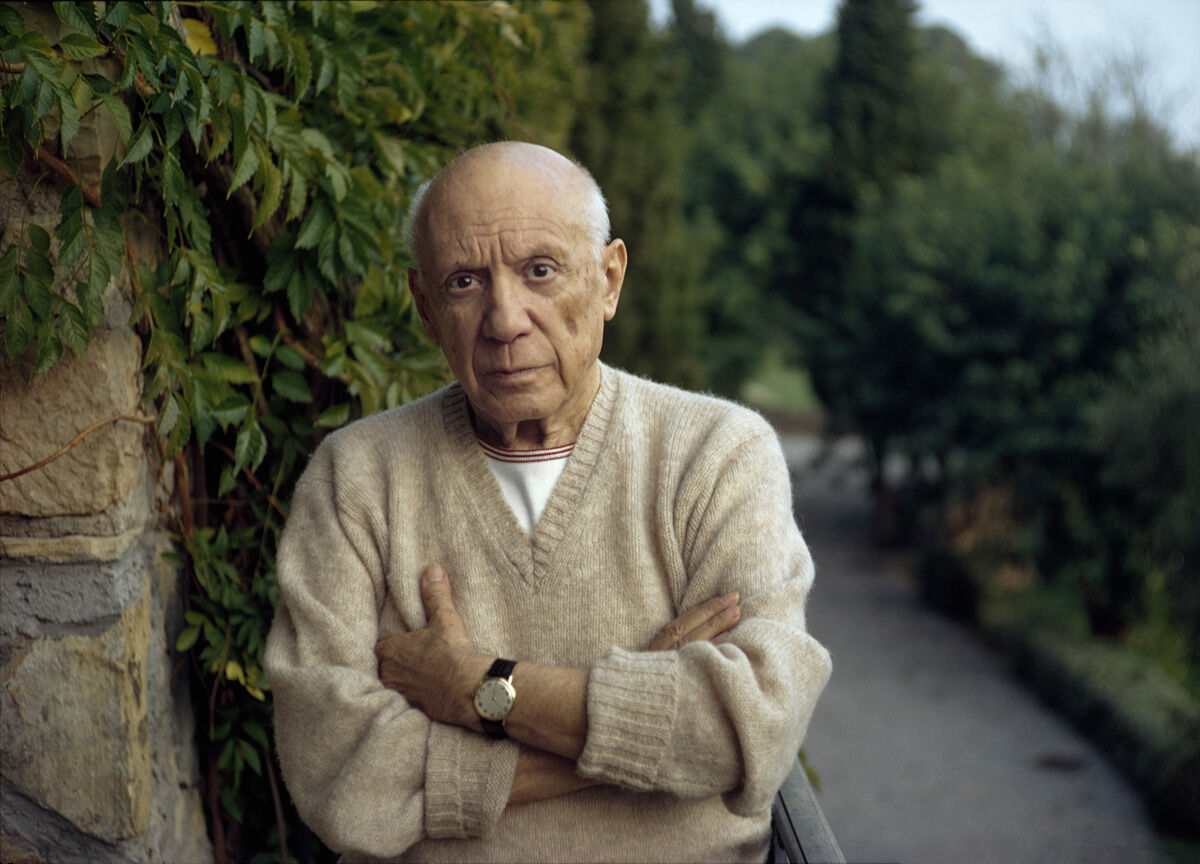 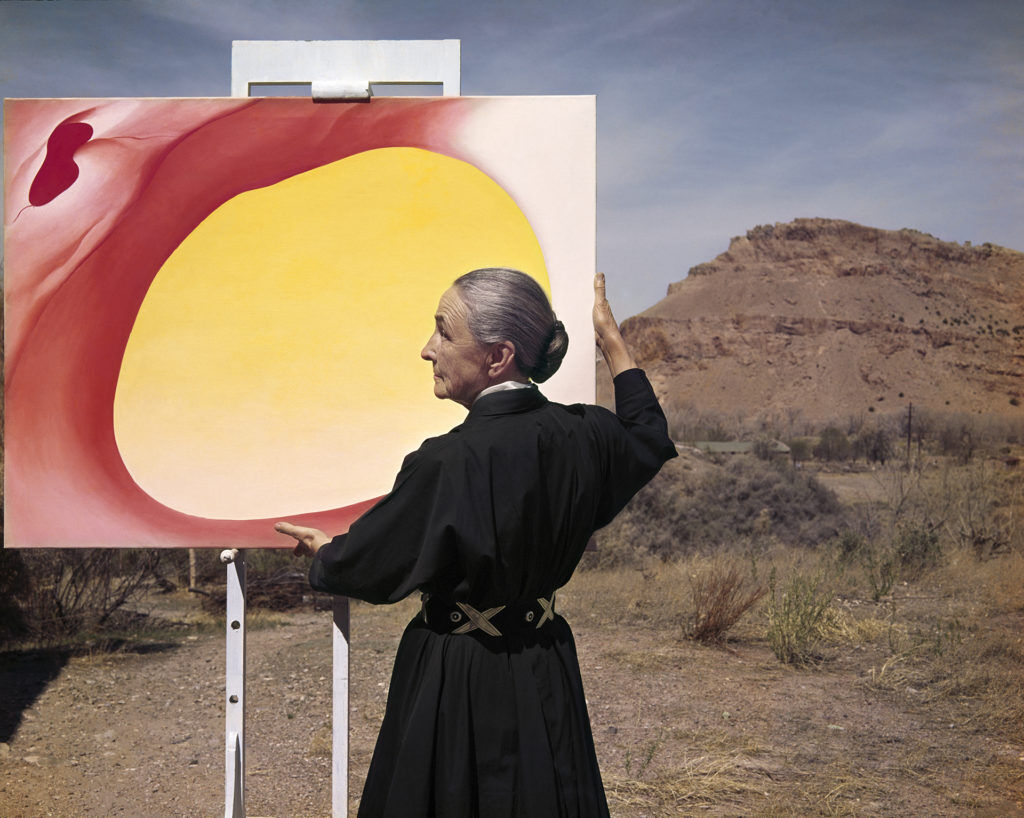 “I am seven years away from 100,” he tells me. “I would like to see a change in the world.” Vaccaro, with a shock of white hair and a Purple Heart pinned to his lapel, is snacking on a box of chocolates as we meet to discuss his forthcoming HBO documentary, Underfire: The Untold Story of Pfc. Tony Vaccaro. But the air is thick with the news of the election. “We’re all humans. We’re not Italians; we’re not Germans; we’re not French,” he says. “Wars happen when we make mankind different. Photography can show that we’re all alike. It’s a marvelous way to communicate, and visual communication is a blessing.”
Vaccaro dreamed of becoming a foreign correspondent as a child and in his late teens developed a knack for taking pictures. But at the onset of World War II in 1943, the 21-year-old was drafted into the army. His personal mission was clear. “I wanted to illustrate how we fought the war,” to show its realities to the greater world. But the path wasn’t easy. Upon applying to the U.S. Army Signal Corps, Vaccaro was immediately turned away. “You’re too young; you have to become a soldier,” a particular captain had said. “I said, sir, I am old enough to do this with a gun,” Vaccaro tells me, pulling an invisible trigger, “and not old enough to do this?” his gesture now depressing a camera shutter. Vaccaro’s captain wasn’t having it, but the enterprising young soldier persevered. 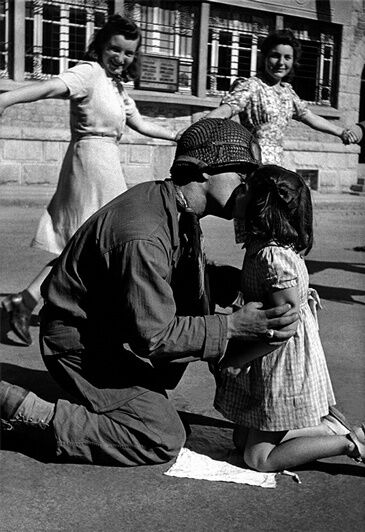 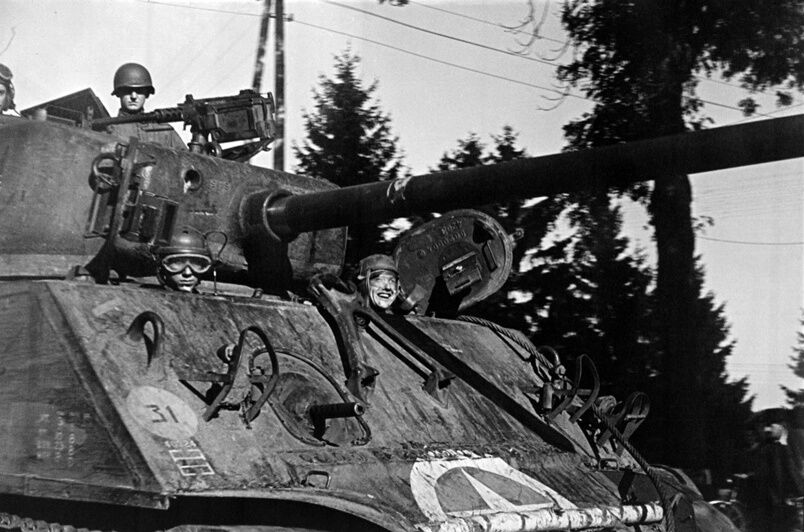 Advertisement
Not being accepted to the Signal Corps would ultimately become Vacarro’s greatest advantage. He was sent to fight on the front lines as a combat infantryman—and he brought a $47.50 Argus C3 35mm camera secretly in tow. Unlike the Signal Corps photographers who lugged 30-pound military-grade 4x5 cameras and shot from the sidelines, Vaccaro was able to bring his handheld camera to the heart of the battlefield. “I have it here, the camera that went through the war with me,” Vaccaro says, rummaging through a sprawl of Leicas, Nikons, and Rolleis spread across his table. “I had this around my neck from Normandy to Berlin.” For 272 days, while fighting with the Army’s 83rd Infantry Division, Vaccaro’s unprecedented access yielded some of the most impactful, personal images taken during World War II. And unlike the Signal Corps’ frequently staged images, Vaccaro’s told the graphic, bitter truth.
It was no easy feat. “I was lucky, I had many bullets come very close to me but I’m here,” says Vaccaro. But carrying both rifle and camera, survival was met with an equally challenging ambition to show the war to the world outside the battlefield. No shortage of logistical impediments stood in Vaccaro’s way, not the least of which was a promise that any camera found would be destroyed. On D-Day, as the troops moved in on Normandy’s Omaha Beach in the largest seaborne invasion in history, Vaccaro emerged from the ocean, his camera wrapped in tens of layers of cellophane. His first pictures were taken incognito, through a hole in his raincoat. “I kept my camera inside my coat, and what I did, I made the hole a bit bigger and put it around the lens,” he recalls with a smile. “I kept one hand on the camera and with the other, I saluted the officer.” 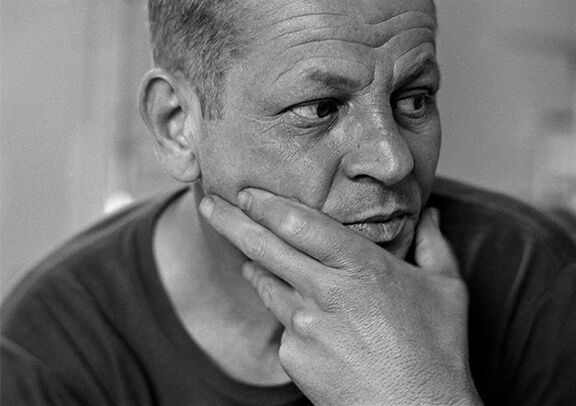 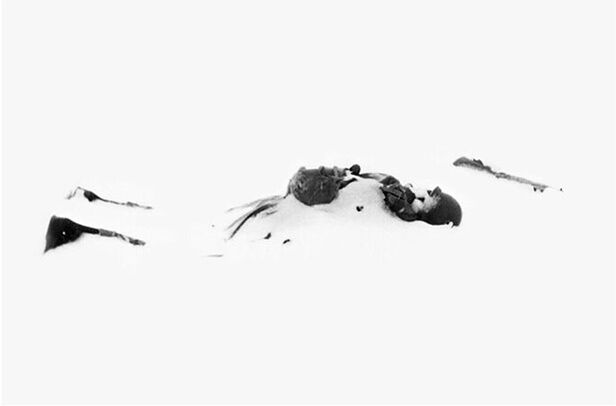 Vaccaro wouldn’t hide the camera for long. A major caught wind of his desire to take pictures, subsequently taking the young soldier under his wing. “Major MacDonald said ‘Son, you stay close to me, and you take any picture you want. At the end of the war we will make a book.’” (Vaccaro’s book Entering Germany: 1944-1949 was published by Taschen in 2001.) Suddenly, Vaccaro had the best of both worlds. “I didn’t become an official photographer,” he says. “I was democratic. I could do anything.”
From Normandy, Vaccaro’s unit came across the bombed-out village of Santini, where an abandoned camera shop became a treasure trove to the photographer who was now very short-on-supplies. “I would go in the ruins of towns and I would look where there was a camera shop, and in the ruins I would find film, chemicals, and I would take them.” Then, after warming the chemicals, he’d develop the film in the black of night—dividing the chemicals across four army helmets. “One day a GI that had given me a helmet and I had used for the Hypo [a strong-smelling photo chemical], when I gave it back to him it stank of Hypo. He told me, don’t you ever ask me again. So I learned to put the Hypo in my own helmet,” he laughs. 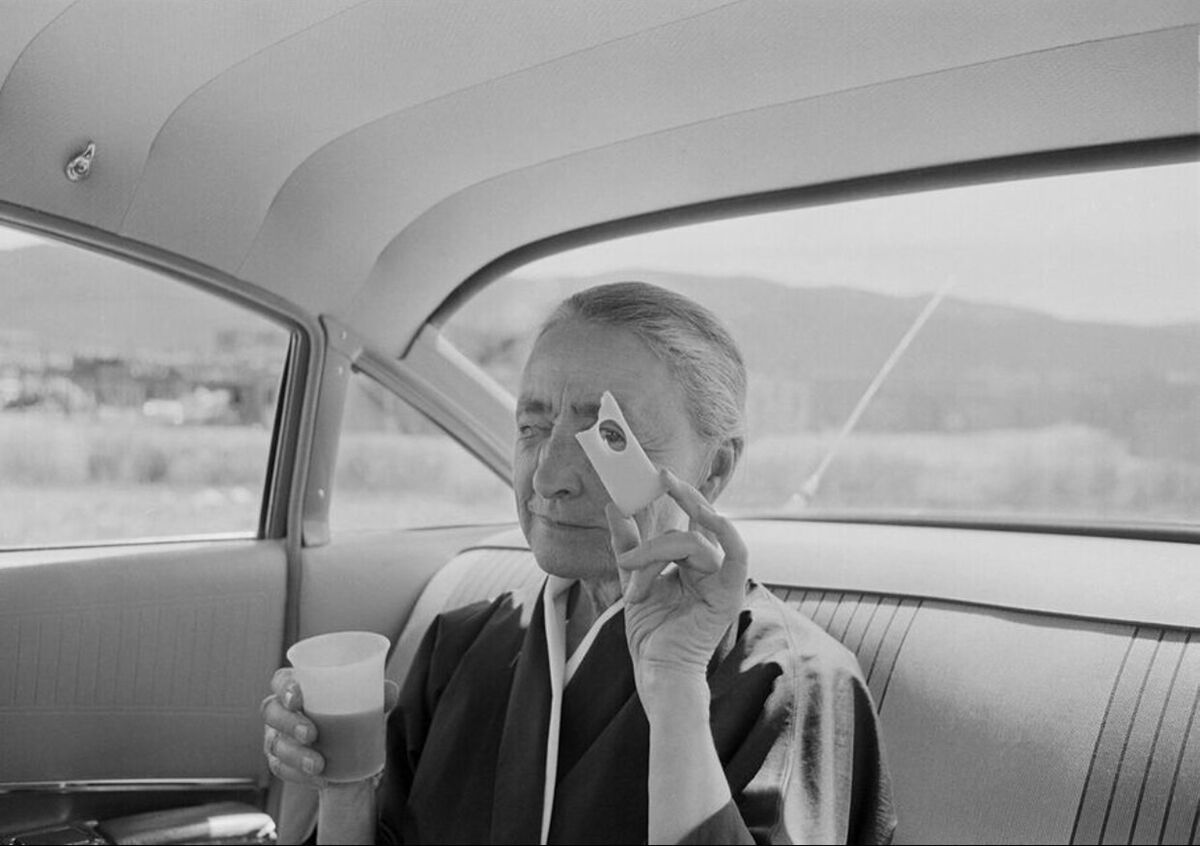 The photographs Vaccaro took over the course of those 272 days brought unseen exposure to the day-to-day life of soldiers at war. He pictured a sergeant kissing a young French girl during a celebration in St.-Briac-sur-Mer, France; a private’s last breath before an explosion stole his life; the dead body of his dear friend sheathed in pure white snow; soldiers brewing coffee in Germany’s historic Hürtgen Forest. Vaccaro’s images offer a realism that we take for granted today, when soldiers pocketing smartphones document uncensored accounts of life at war on social media.
At the close of World War II, Vaccaro swore off combat photography but held on tight to his camera. He spent five years documenting the rebirth of post-war Europe for U.S. Army newspaper Stars and Stripes, honing his technical skills while traveling the German countryside wielding a Leica C3 and a Rolleiflex. Vaccaro has written that with the snap of a photograph, picturing German children hugging a U.S. soldier at Tempelhof Airport in West Berlin and symbolizing peace between the Germans and the Americans, “I knew I could go home.” And so, he made his way back to the United States. 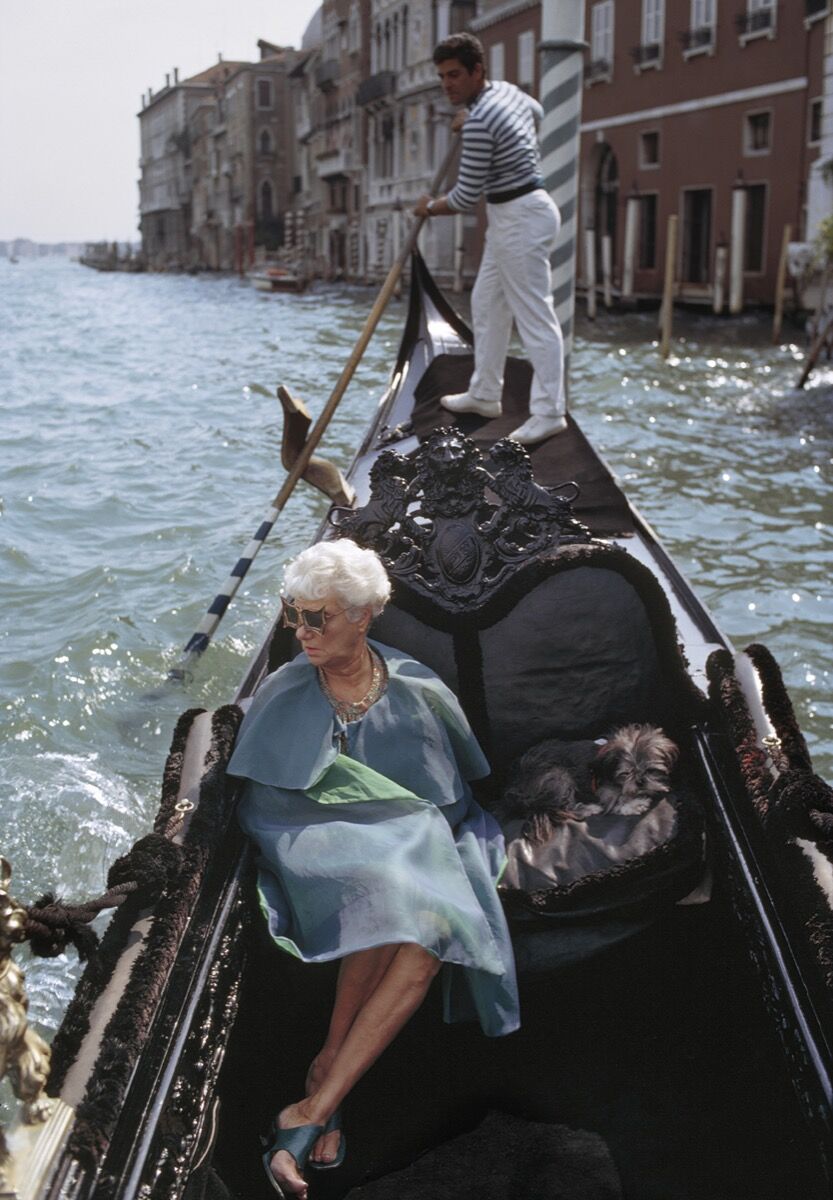 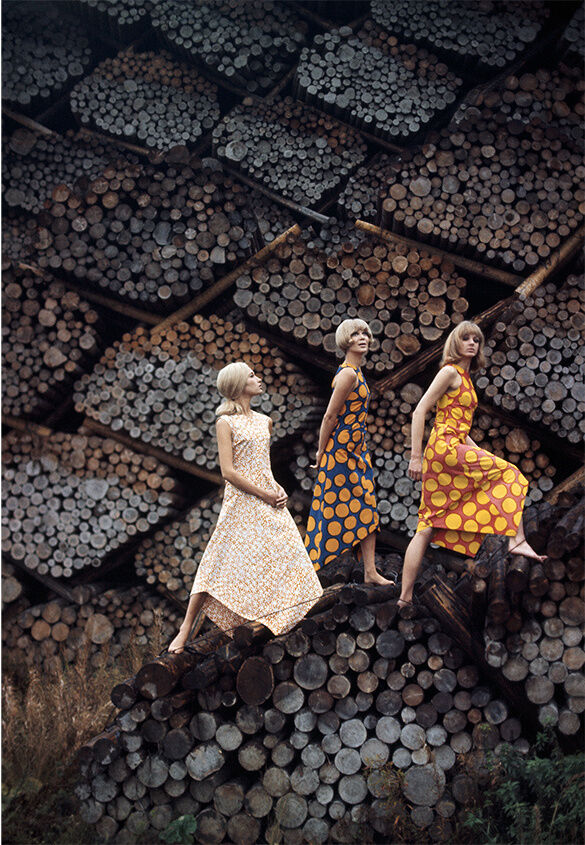 His quest to capture beauty found Vaccaro knocking on the door of Flair Magazine founder Fleur Cowles, a hand-printed portfolio of images of war in hand. He was hired on the spot as a fashion photographer, a field in which he had zero experience. Vaccaro would impress with an ability to catch subjects off guard, no doubt influenced by his work on the battlefield. In one particular act of cunning, legend has it that Vaccaro fooled a reticent Picasso—determined to pose in his photo—into a natural expression by pretending his Leica was out of whack.
Tales of such encounters are seemingly endless, spanning subjects from art collector Peggy Guggenheim to world leaders like John F. Kennedy. He spent two weeks with
Georgia O’Keeffe
at her ranch in New Mexico, befriending the painter and capturing a rather more intimate, playful side than most. One image sees the artist squinting through a hole in a slice of Swiss cheese. On another occasion, 18-year-old Italian film star Sophia Loren showed up for a shoot at Vaccaro’s penthouse 45 minutes early, much to the photographer’s surprise. “I came out with a towel around me looking for the mail and there was Sophia,” he recalled. “And she said, Tony Vaccaro, always ready. Sempre pronto.” 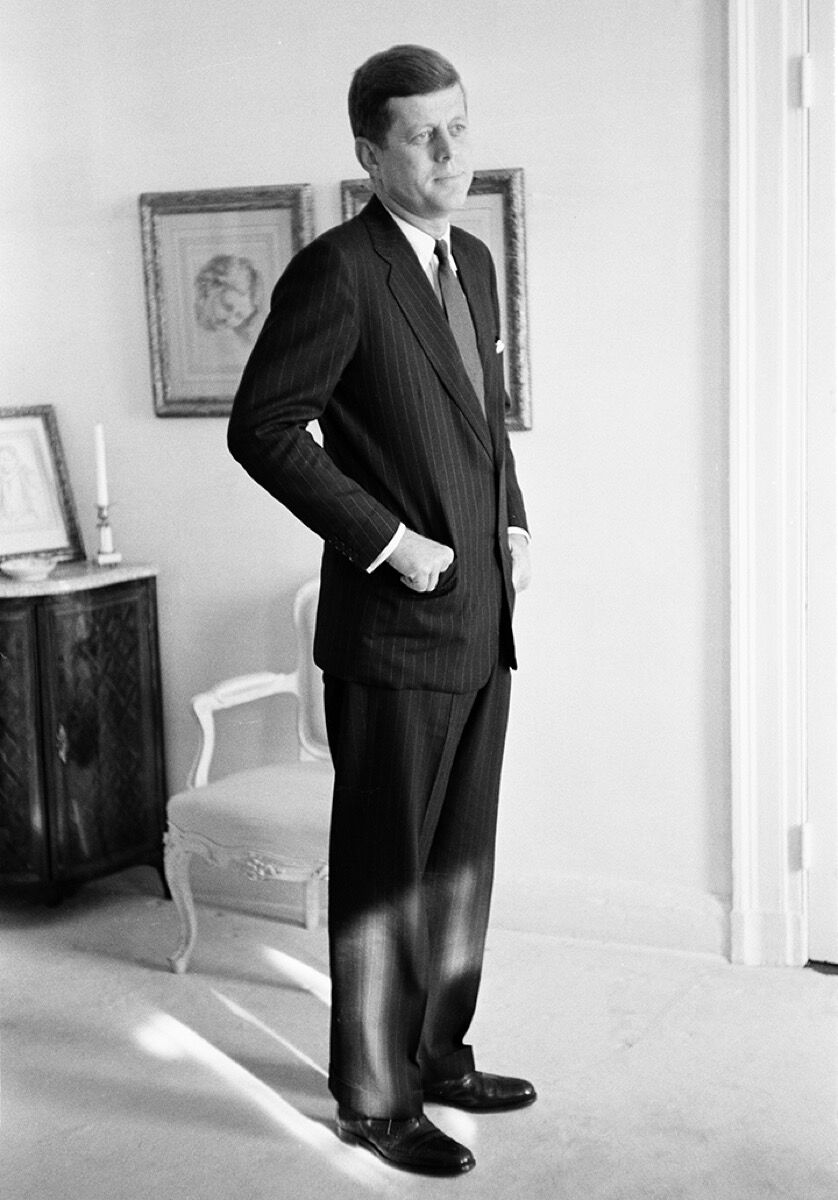 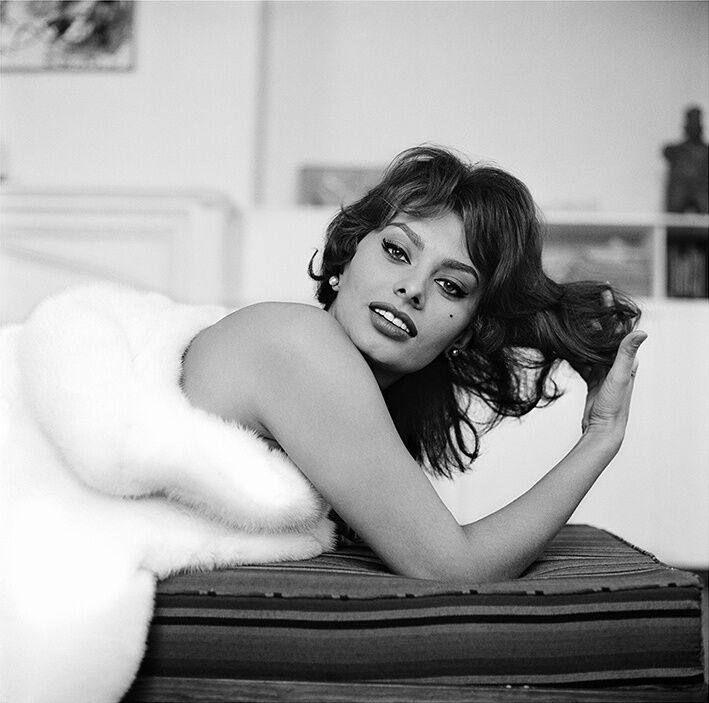 Unlike the 21-year-old who fought tooth and nail for the chance to record history, Vaccaro’s next chapter as a photographer saw his subjects often approaching him. Vaccaro’s face lights up as he recalls receiving a phone call from Marcel Duchamp: “Are you Tony Vaccaro the photographer? A friend of mine gave me your number. He said, I am Marcel Duchamp. I am a painter.” It so happened that Vaccaro, an admirer of Nude Descending a Staircase (No. 2) (1912), had the artist on his list of persons to photograph. Not a moment was wasted; the two decided to meet that evening.
“We went first to have dinner—and then it was past midnight. It was like a love affair with Marcel Duchamp. And then I took that famous picture. It was 4 o’clock in the morning, 12 Street and Fifth Avenue.” He’d also met Picasso through a cold call from the artist’s son who, having assisted
Irving Penn
for two years, “had learned nothing” and came on to work for Vaccaro for two years instead. 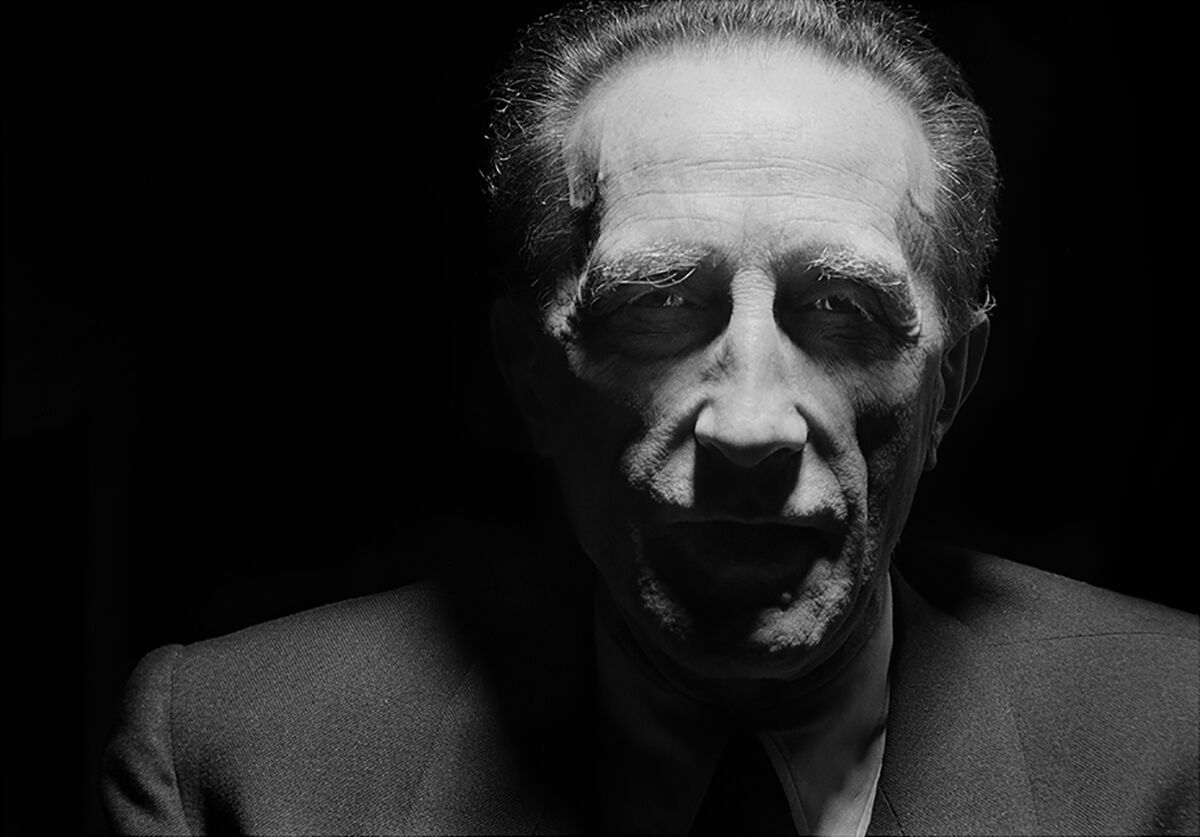 As he nears 100, Vaccaro’s lifetime as a photographer is finally getting its due. Beyond Mac Lewkowicz’s beautiful documentary for HBO, 2014 saw a museum erected in Vaccaro’s honor in his parent’s hometown of Bonefro, Italy. His work has been purchased by the Met, the Centre Pompidou, and the Library of Congress. And his list of more than 250 exhibitions, including a recent pop-up exhibition in New York in conjunction with Monroe Gallery, is growing steadily. But his legacy runs much deeper, and its impact is becoming more resonant by the day.
During World War II, Vaccaro enlisted the power of images to make sure the world could witness the events as they truly unfolded. In the period after the war, he gave us penetrating portraits of the people rebuilding humanity and culture. In our current time, when visual media is ever more important, it’s a reminder of the power of an image to relay a message that can transcend social, cultural, and political boundaries. From the fledgling soldier who smuggled his camera into battle and lived to tell the tale, it’s a prompt to record history and foster humanity in the most democratic language that exists. “We’re humans. We better learn that fast,” says Vaccaro. “Photography can show that we all look alike,” he adds. “Beautiful pictures. That’s what we should do. Beautiful pictures make the world better.”
Molly Gottschalk is Artsy’s Lead Visuals Editor.
Related Stories