Artsy Editors
Sep 16, 2015 5:47pm
Universality is a natural aim for de Chaunac, who grew up working in the studio of his grandfather, the renowned artist
José Luis Cuevas
, and has called Mexico, France, and the United States home. His colorful, at times frenetic works are informed by a fluency in multiple cultures, the works’ figures functioning as mythic archetypes, symbols that transcend the boundaries of language. And as a student of philosophy and history as much as art, de Chaunac is particularly well situated to understand the intersections of diverse iconography.
The artist’s inaugural New York solo show at ART 3 in Brooklyn, “A Dance with Life and Death” follows three recent solo museum shows in Mexico. The works now on view, which are painted in broad, diffuse strokes using gouache, ink, and watercolors, mine inspiration from a wide swathe of sources. Mexican Day of the Dead masks meet French embryology texts; found anthropology treatises play alongside the epic literature the artist studied in college. Given de Chaunac’s collaged approach to old texts, he might invite comparison to
William Cordova
, an artist similarly tackling issues of multiple identities in a globalized world.
At the core of the show are two large, multi-work series: “Traité d’Anatomie Humaine,” (2013-2015), and “Polyptych - The Last Supper,” (2015). For “Traité d’Anatomie Humaine,” de Chaunac takes inspiration from a 1911 medical text of the same name. In response to the text’s description of the formation of human embryos, he has painted a group of fantastical, semi-human creatures, directly above the yellowed pages of the original book. Drawn in energetic brushstrokes and bright, vivid colors, the creatures seem to leap out from the lettering underneath. “Polyptych — The Last Supper,” in contrast, is painted nearly entirely in thick, black brushstrokes, with a single spot of red in the central panel. At once referencing The Last Supper and a group of mummified victims of an 1833 Mexican Cholera epidemic, “Polyptych — The Last Supper” offers a more somber meditation on the lingering traumas of historical catastrophes. These two bodies of work together seem to echo the show's title, "A Dance with Life and Death"; "Traité d'Anatomie Humaine" offers a celebration of life and the creative force, while "Polyptych — The Last Supper" memorializes the dead. 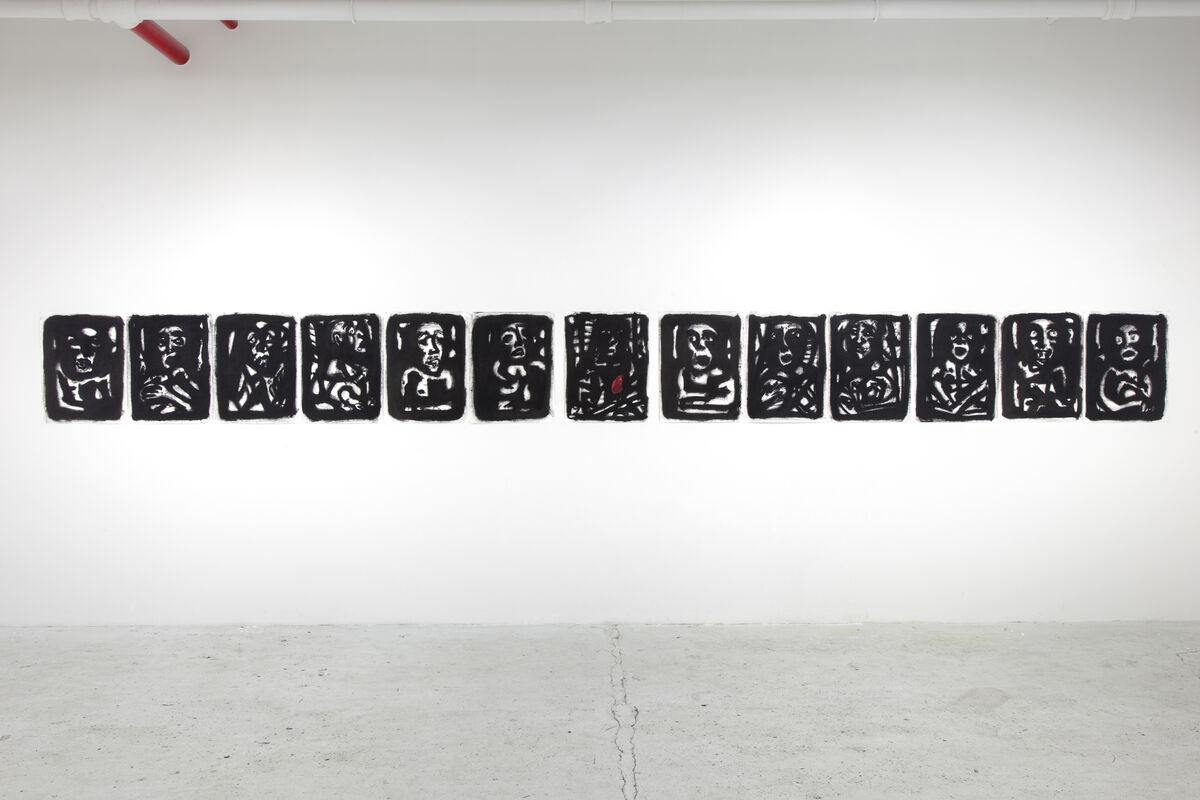 Alexis de Chaunac, Polyptych — The Last Supper, 2015, courtesy of the artist and ART 3

De Chaunac has cited such varying artists as Picasso, Francisco de Goya, and Francis Bacon as inspirations, explaining that he sees in each a “chronicler of the human condition.” In “A Dance with Life and Death,” the young painter uses specific moments in history to hint at the sweeping themes suggested by the show’s title. For his “Anthropology” series, he employs the imagery of ancient cultures, like the Maya, who seemed to collapse at their peak. Yet for all the ways in which his subject matter could appear morbid, de Chaunac takes a joyful approach to the cosmic cycle of death and rebirth, rendering his works in jubilant colors and celebratory marks.
—Molly Osberg
“A Dance With Life and Death” is on view at ART 3, Brooklyn, Sep. 16–Oct. 25, 2015.
Follow ART 3 on Artsy.
Related Stories 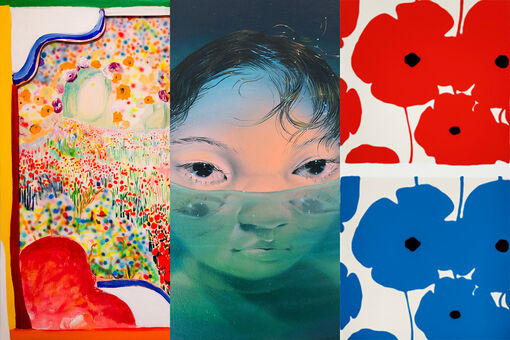