Why Do We See Human Faces Everywhere We Look? 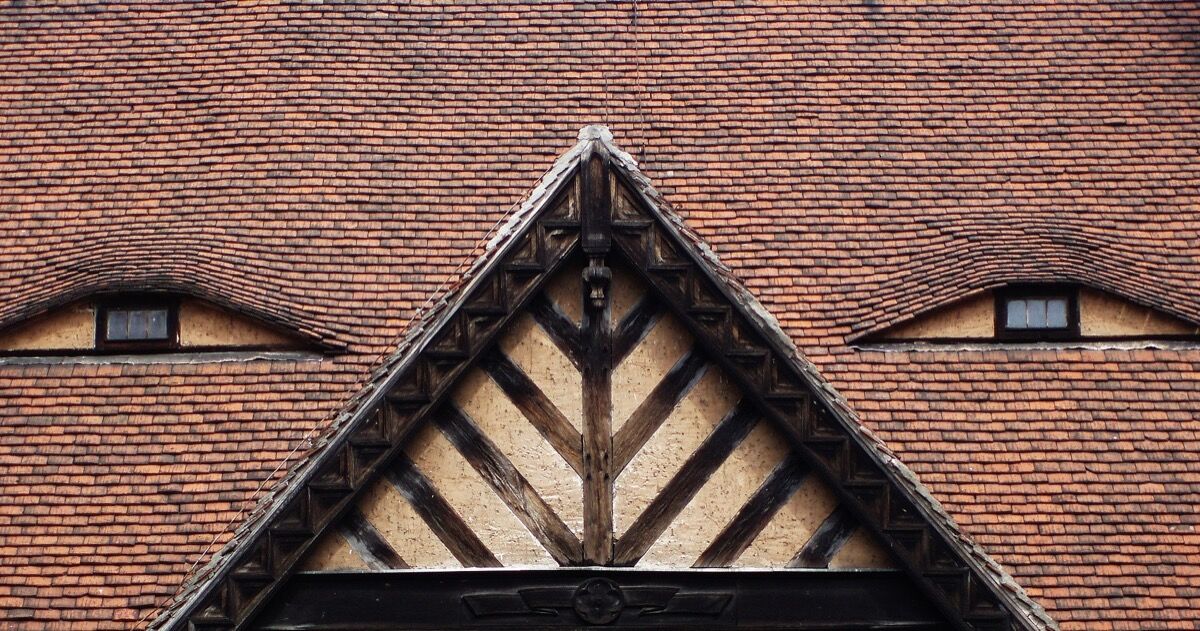 Image of a rooftop resembling a face, via Wikimedia Commons.

Have you ever gazed up into the sky and noticed a cloud that resembles a human face? Glanced at a
Wassily Kandinsky
painting and recognized your Great Aunt Sally’s features in its squiggles? Stared down at your pizza to find that its toppings bore a striking resemblance to Justin Bieber?
If you have, you’re not alone. Seeing faces in inanimate objects is common, and it has a name: pareidolia. It’s a psychological phenomenon that causes the human brain to lend significance—and facial features, in particular—to random patterns.
A Floridian woman named Diane Duyser made pareidolia famous when she bit into a piece of toast whose burnt patina, she claimed, was a dead ringer for the Virgin Mary. Ten years later, in 2004, she auctioned the stale, symbolically loaded bread for $28,000. Others have perceived an eerie visage in the mountainscapes of Mars, or Mother Teresa in a cinnamon bun. The list goes on—and naturally, it extends to art.
Pareidolia is the subject of a new exhibition at the Akron Museum of Art, called “Find a Face.” The show explores how the neurological tick affects both artists, when they conceive work, and viewers, as they consume it. 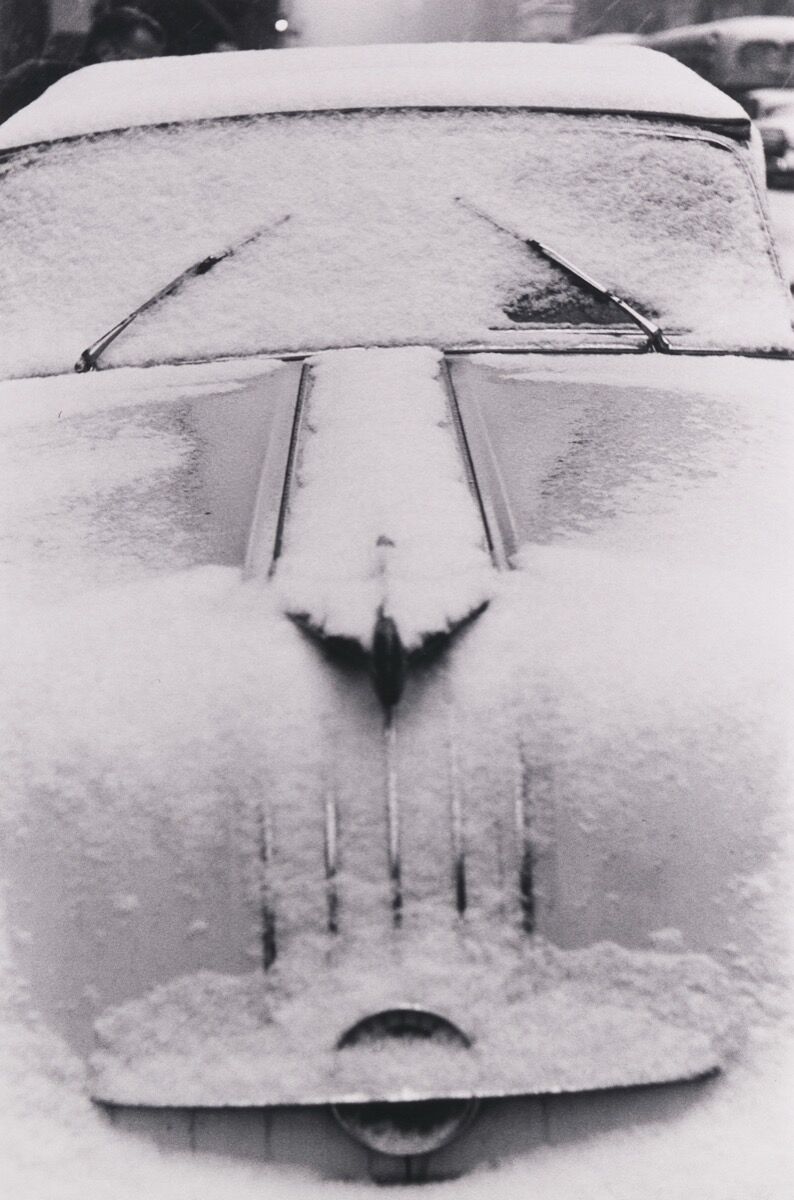 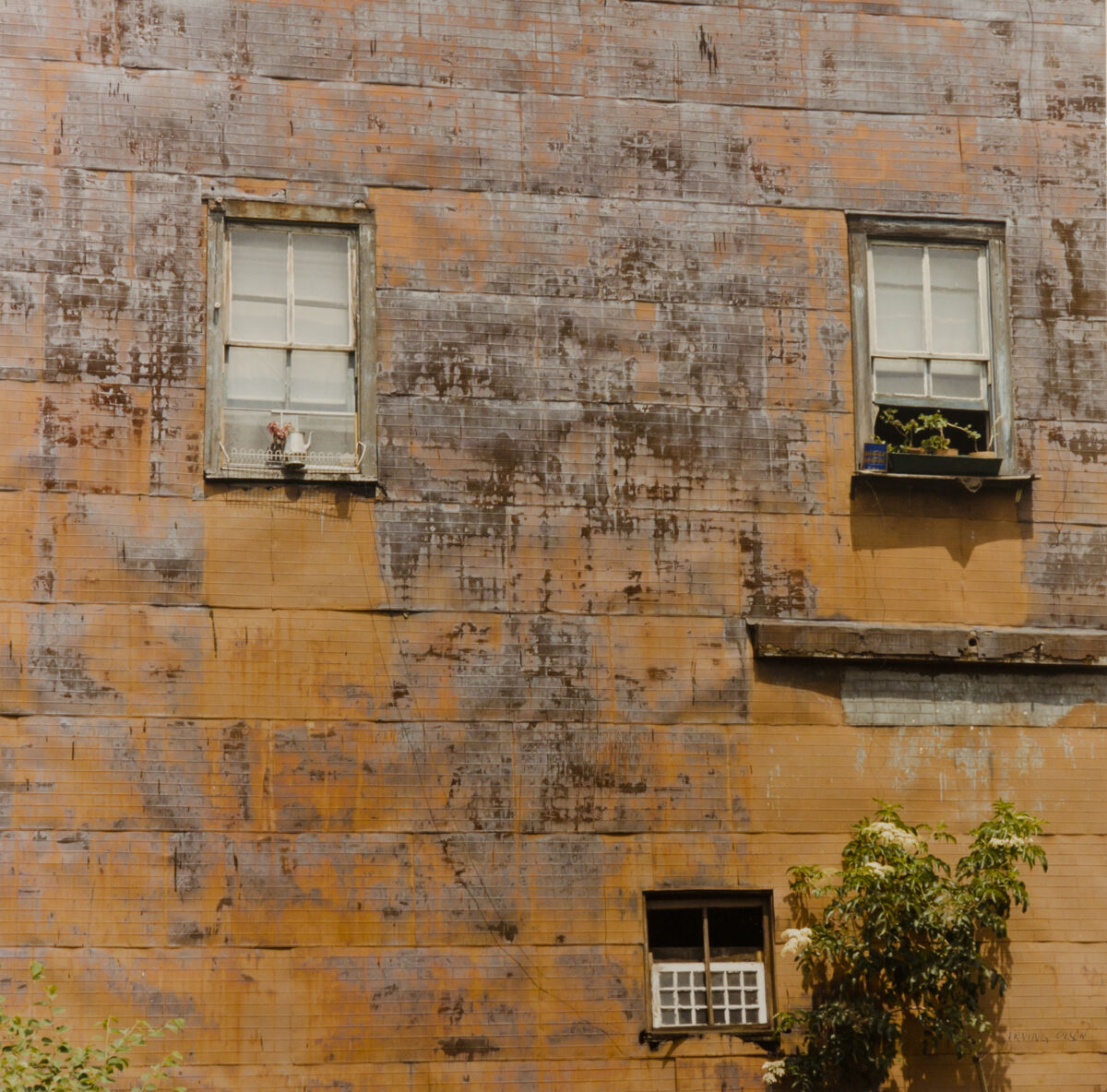 Gina Thomas McGee, the museum’s associate educator who organized the exhibition, is a self-described pareidoliac. “I see faces everywhere,” she tells me over the phone. For her, the impulse began after encountering the work of artistic duo Jean and Francois Robert, who documented objects that resemble faces in three charming books: Face to Face (1996), Faces (2000), and Find a Face (2004).
The latter is geared toward children. On one page, a glossy photo of an inverted wrench brings to mind a head with big ears, a substantial nose, and beady eyes. Another shows a black leather briefcase whose zippers look like two closed eyes and an open mouth mid-yawn. McGee used the book as a tool for museum education—“to encourage kids to look at images in new ways, to be open to being surprised,” she says. Whether or not it stuck with her students, it certainly has with her.
It wasn’t long before McGee was seeing eyes, ears, and lips beyond the pages of the book—and all over the museum’s collection. She began planning the exhibition soon after.
Louis Stettner
’s black-and-white photograph Car in Winter, 7th Ave (1956) is among the works on view in the small show. It’s the first piece that McGee found in the museum’s database when she began her hunt for pareidolic artworks. It shows a close crop of a snow-covered car. Typical of 1950s models, it boasts an ornately detailed hood: a metal circle close to the bumper suggests a mouth; a long, elegant embellishment that extends from the windshield across the hood is a nose; and two windshield wipers, cocked at an angle, are the eyes. 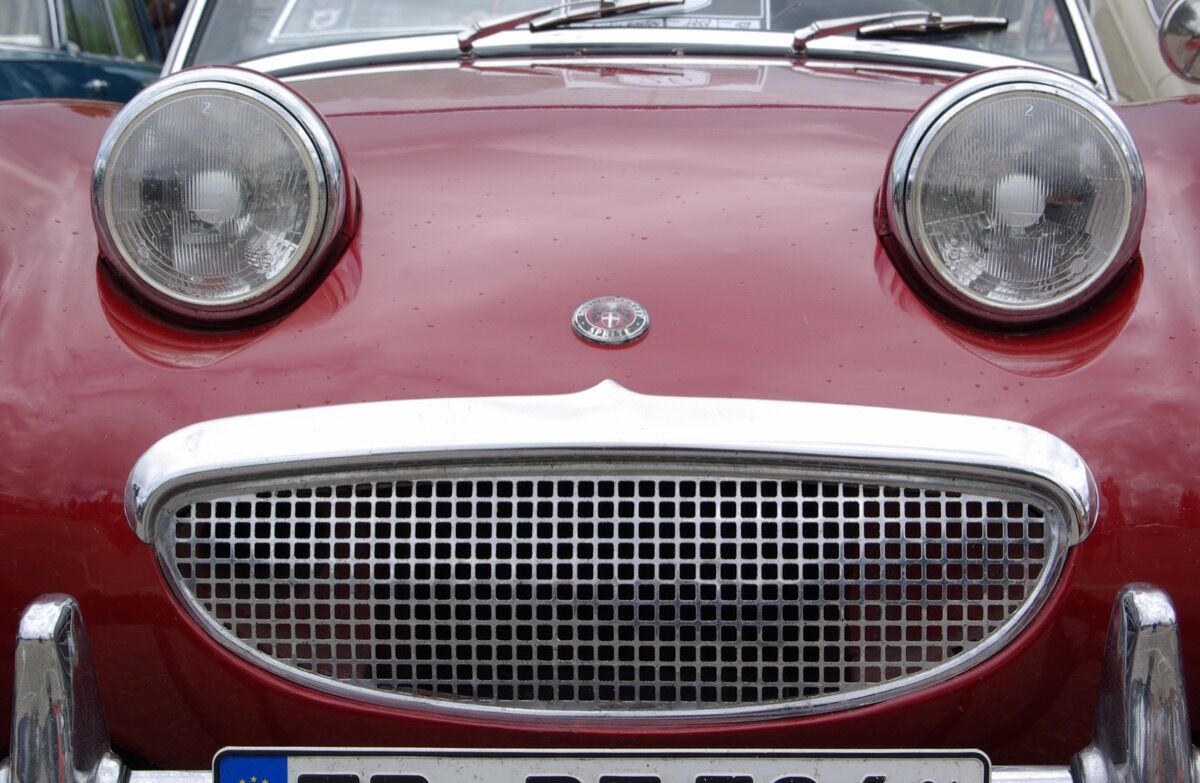 Advertisement
While McGee can’t know for sure whether it was Stettner’s intention to tease a face from this sedan, it’s hard not to anthropomorphize the image. “It’s easiest to see faces in cars, buildings, machines, and houses, because they often have a symmetry similar to faces,” McGee explains.
Indeed, the exhibition uncovers faces in photographs of two cars, one weaving loom, and four building facades. But it also more stealthily reveals impressions of facial features in painted and sculptural abstractions by
Joan Miró
,
Karl Appel
, and
Theodore Roszak
, among others.
So why is that we create (in the case of artists) and discover (in the case of viewers) faces in these insentient objects and abstract patterns? Neuroscientists have studied pareidolia extensively, and have proposed several answers.
First of all, as neuroscientist Dr. Doris Tsao has proposed, the brain favors faces over other patterns. During one experiment, which monitored the brain activity of macaque monkeys as they were shown various images, “cell after cell responded to faces but not at all to other objects,” Dr. Tsao told the New York Times. 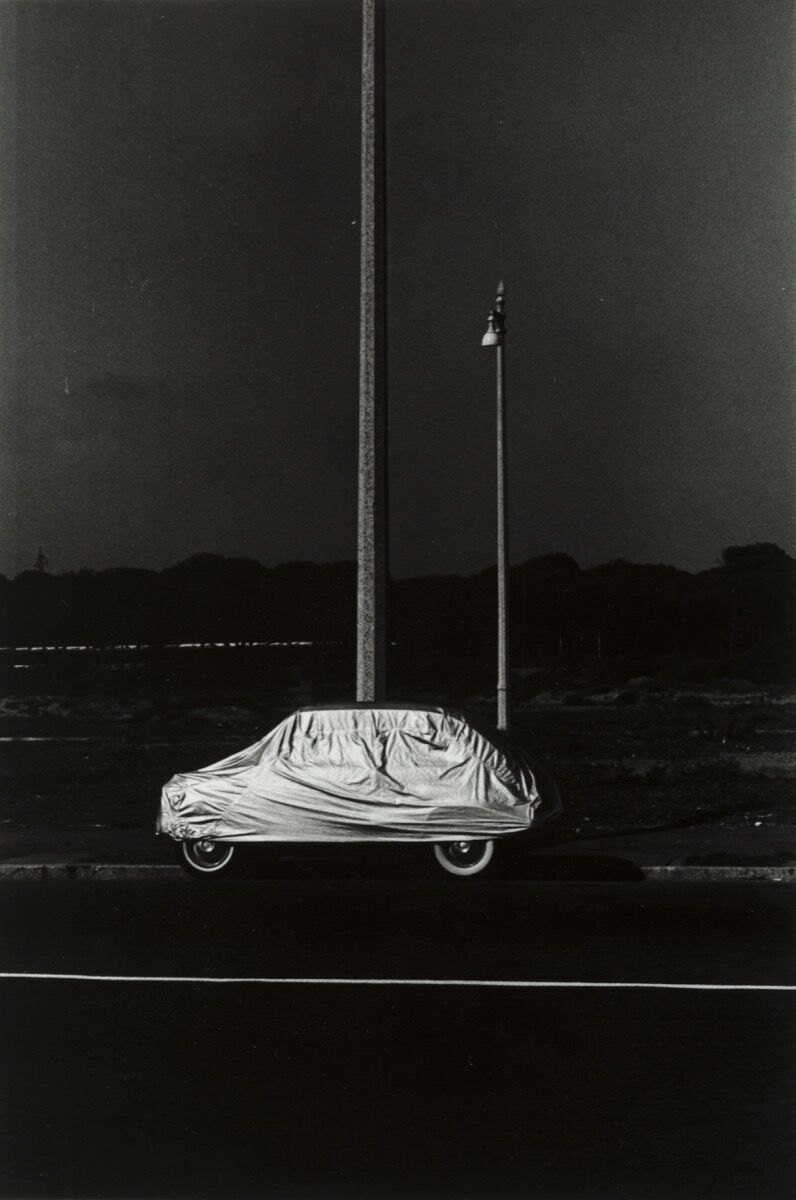 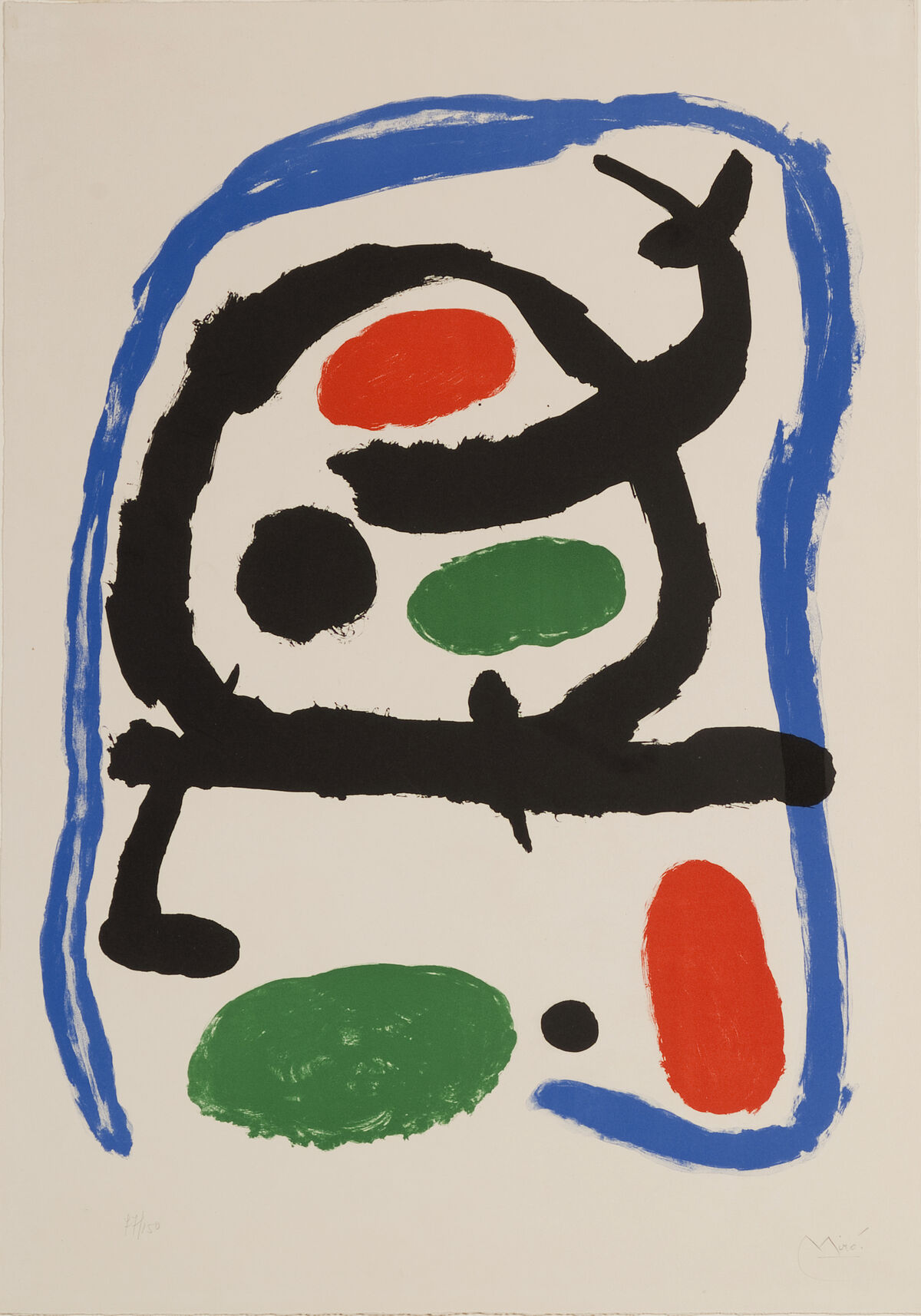 But she also noted an anomaly: Objects that aren’t faces “may have certain features that are weakly triggering these face cells.” Dr. Pawan Sinha, a cognitive scientist at MIT who used computer-based research methodology to study pareidolia, agreed. He also found that while the brain is sophisticated enough to recognize facial patterns (symmetry, a bright forehead, a dark impression under the nose), it isn’t flawless. “Sometimes genuine faces do not match these regularities, and sometimes non-faces satisfy them,” he said.
Boston University neuroscientist Takeo Watanabe has suggested that pareidolia might have evolutionary roots. In his research, he’s explored how the human brain becomes hypersensitive to stimuli it sees on a regular basis, as well as anything that it could perceive as a threat. It’s perhaps this sense of heightened awareness that makes us alert to other living creatures, whether human or animal. “If you lived in primeval times…it would be good to be very sensitized to tigers,” he explained.
So next time you see a face in a
Jackson Pollock
splatter, or witness one emerge from a
Bernd and Hilla Becher
photo, remember you’re not crazy—it’s just your brain doing its evolutionary job, helped along by a bit of creative thinking.
Alexxa Gotthardt
Related Stories