The Art of Ludwig Bemelmans, the Illustrator behind Madeleine 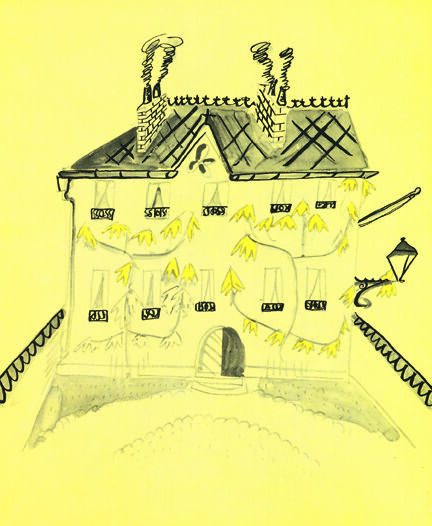 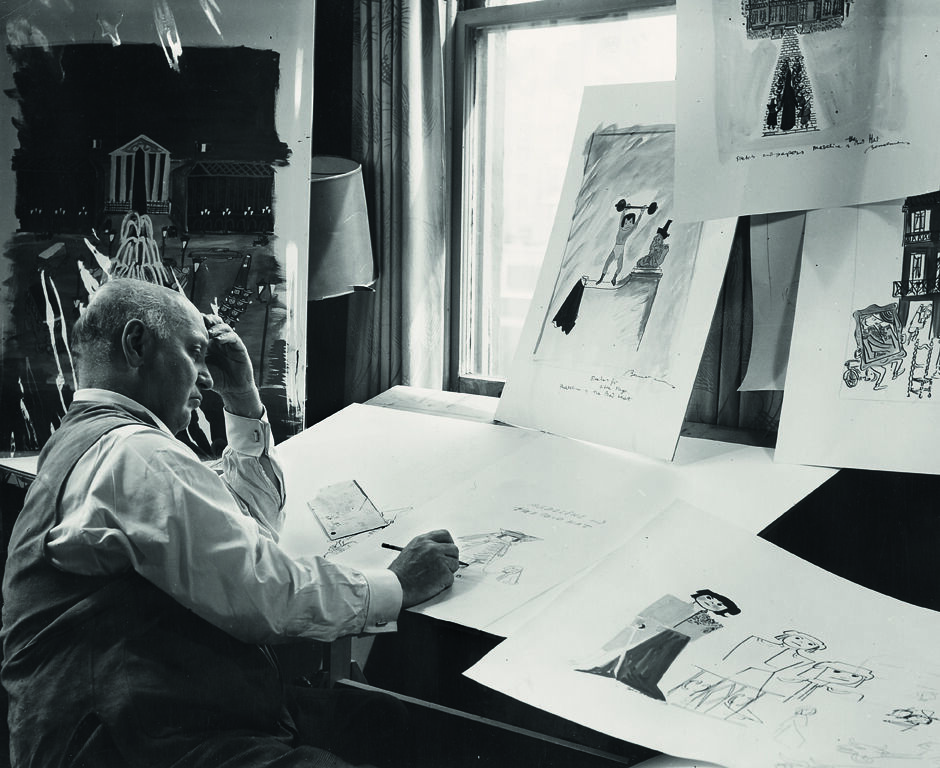 Illustrator
Ludwig Bemelmans
secured his place in the annals of children’s literature with the opening lines to his 1939 masterpiece, Madeline. “In an old house in Paris that was covered with vines lived twelve little girls in two straight lines,” he wrote. For the reader indoctrinated into the titular character’s alluring world, this language conjures Bemelmans’s charming drawings of the home itself: loose strings of ivy adorn a smooth white facade, while smoke issues from a cross-hatched chimney and a quaint lamp protrudes from the side.
In Bemelmans’s story, the red-haired Madeline, the smallest girl in the house, must get her appendix removed. After spending ten days in the hospital, where she’s well-cared for and showered with gifts, the other girls are envious of her adventure. Published during a period of international war, by an author whose own childhood had featured tumult and scandal, Madeline radiated peace and order. Throughout his career as an illustrator, Bemelmans made joyful drawings that countered the uncontrollable. 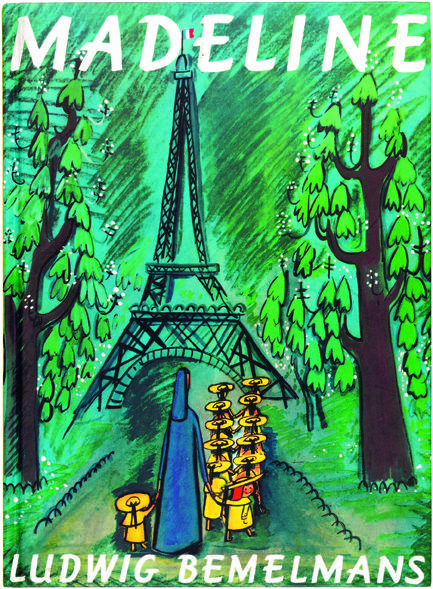 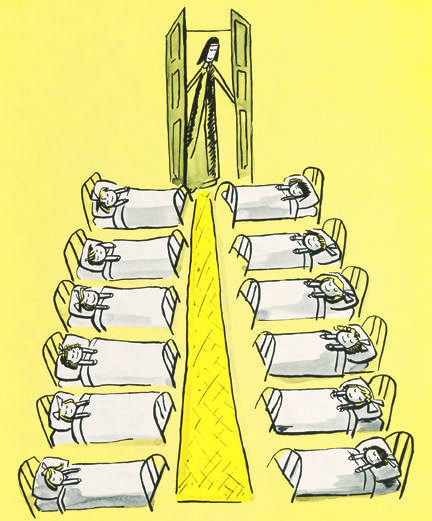 This summer, Thames & Hudson published Ludwig Bemelmans, the latest installment of their series, “The Illustrators.” Over 100 Bemelmans illustrations adorn the pages, interspersed with text by writer and curator Laurie Britton Newell. In addition to discussing Bemelmans’s distinguished career, the new volume also delves into the illustrator’s traumatic, peripatetic beginnings.
Bemelmans was born in Meran, inmodern-dayItaly, in 1898, in the waning years of the Austro-Hungarian empire. His Belgian father, Lampert, and German mother, Franciska, ran a hotel, and Lampert made paintings in his spare time. Bemelmans’s governess, Gazelle, taught the young boy French and showed him postcards of Paris. His childhood, fit for a Wes Anderson film, took a dark turn when Lampert absconded in 1904 with a mistress—despite the fact he’d left both Gazelle and Franciska pregnant. The nanny committed suicide and Franciska brought the family back to her parents’ home in Regensburg, Germany. 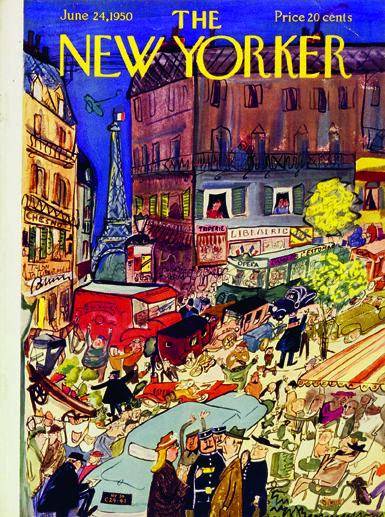 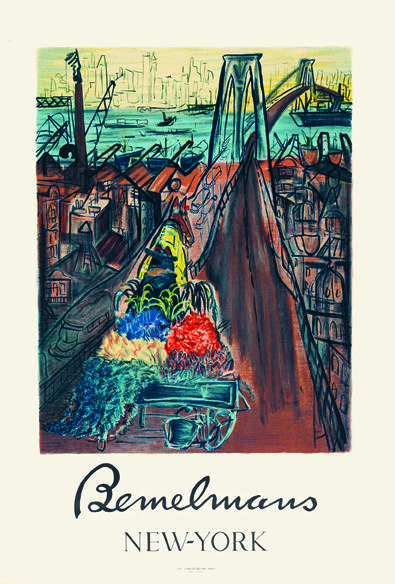 Advertisement
As he came of age, Bemelmans proved a poor student and a bad worker. He dropped out of school and was fired from a hotel position back in Meran. Yet this early employment put him in touch with a sophisticated cosmopolitan set that eventually gave him inspiration for illustrations published in The New Yorker and Town & Country—for example, one famous drawing for the latter, dated 1950, features a bow-tied man sniffing a coupe, a bottle of wine resting in a bucket at his side.
At 16 years old, Bemelmans moved to New York for a fresh start. He worked at the Astor and McAlpin hotels until he found a permanent position at the newly-built Ritz-Carlton on Madison Avenue. When World War I broke out, Bemelmans assisted at a mental hospital upstate in Buffalo and doodled to alleviate his distress in this often disturbing environment. Back at the Ritz, during peacetime, a waiter saw his skilled sketch on an order pad and encouraged him to launch a career as an illustrator. Bemelmans had found his groove. He took a life drawing class, honed his line, and won his first comic strip assignment in 1926: The Thrilling Adventures of Count Bric a Brac, published in the now defunct newspaper, New York World. Commissions for the satirical Judge Magazine and brands such as Jell-O swiftly followed. Yet private turmoil and tragedy followed public success. Bemelmans divorced his first wife, Rita, who he had married just a few years earlier. His brother, Oscar, died when he fell down an elevator shaft. 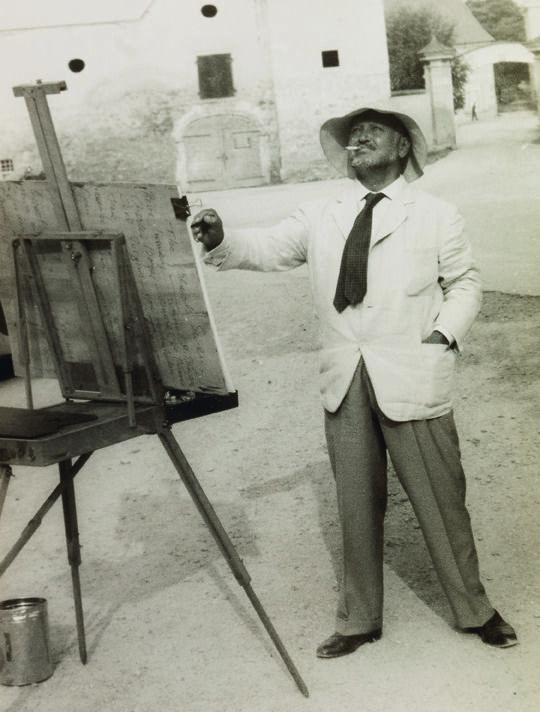 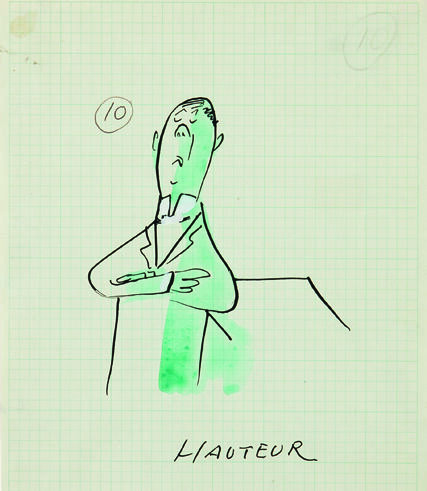 Ludwig Bemelmans, Self-portrait from Bemelmans’s time in the hotel trade, in Town & Country magazine, December 1950. Courtesy of the Collection of Charles and Deborah Royce, and the Art Collector’s Athenaeum.

Bemelmans’s eventual role as a settled family man proved more fruitful for his career. In 1934, he married model Madeleine Freund, who gave birth to a daughter, Barbara, two years later. Bemelmans claimed that the character of Madeline was a composite of Barbara, Madeleine, and Bemelmans’s own mother.
The illustrator also had good timing. “The 1930s were a significant moment for children’s book publishing,” said Newell, when discussing her book Ludwig Bemelmans. Junior departments were just emerging at the major New York publishing houses. Yet many of the new books stuck to a format that separated image and text—a convention that Bemelmans eventually ruptured with Madeline. According to Newell, “the way in which the illustrations moved across the double spreads and to the very edge of the pages made it stand out on the bookstands.” 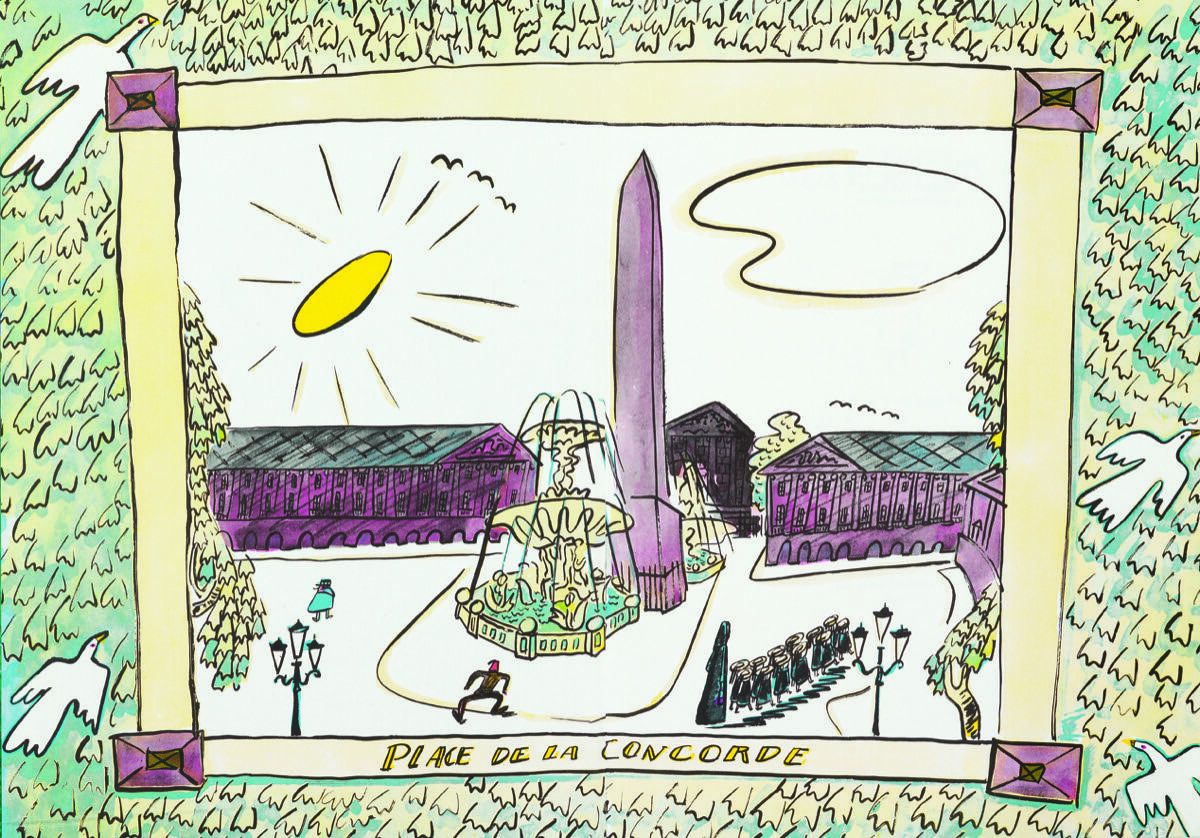 Five years before Madeline went to press, Bemelmans published his first children’s book with an editor at Viking Press named May Massee. Titled Hansi (1934), it followed a young boy who visits his aunt and uncle in the Alps over Christmas. Bemelmans’s flowing, off-kilter lines, filtered memories of the illustrator’s European upbringing through a rosy lens.
For his next book, Bemelmans drew on memories of visiting Paris with his new family, and looking at postcards as a child with Gazelle. He created a character named Madeline, who lived in a boarding school guided by the benevolent nurse and teacher, Miss Clavel. Though Massee declined to publish Madeline,the famous redhead found a home with Simon & Schuster. The book was an instant hit, adorning stands two days after Britain declared war with Germany and winning the prestigious Caldecott Medal for the year’s most distinguished American’s children’s picture book in 1940. Starting in 1953, Bemelmans turned Madeline into a series and published the first of five sequels. 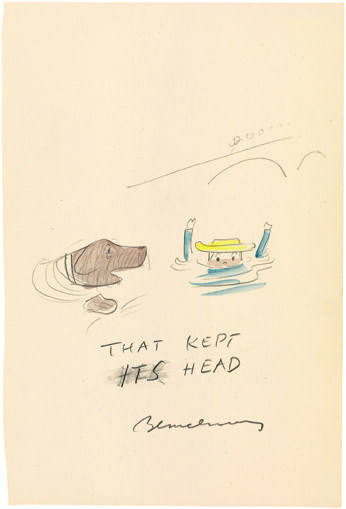 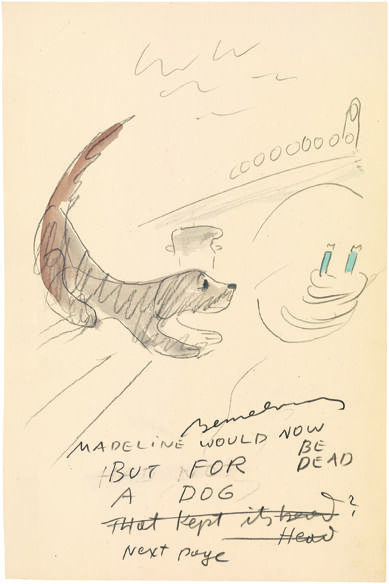 Newell believes that Bemelmans’s simple rhymes and clever structure made the book both accessible and appealing for young readers. “Through the safety of the language and with illustrations that showed buildings and interiors full of symmetry and order,” she wrote in her book, the illustrator established “a safe framework in which Madeline and her classmates could have dangerous and thrilling adventures, only to return at the end to their neat little beds.”
Alina Cohen
Related Stories