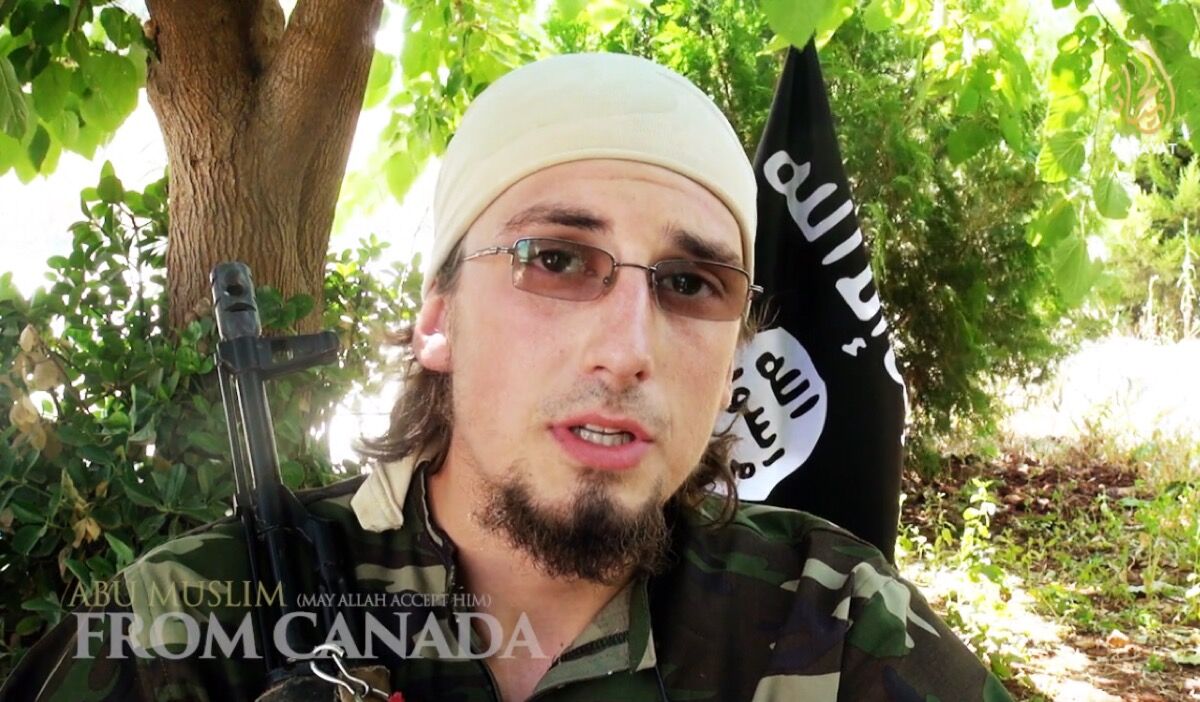 Abu Muslim from Canada (May Allah Accept Him), 2014 from the series “Al-Ghuraba: The Chosen Few of Different Lands Video.” Courtesy of ICP Museum.

It’s no secret that images sway public opinion. In the first televised U.S. presidential debate in 1960, a healthy-looking Kennedy faced off against a pale and sickly Nixon. Radio listeners thought Nixon had won, while those watching on TV named the cool and charismatic Kennedy the victor. In recent months, we’ve witnessed photographs mobilize communities and catalyze social change—others, meanwhile, have incited hate.
On Wednesday, New York’s ICP Museum opened an exhibition titled “Perpetual Revolution: The Image and Social Change.” It looks to the photographs that have sparked political and social movements—from
James Balog
’s video of a splitting glacier that garnered over 40 million views on YouTube to the images that scorched public consciousness following the police shooting of Michael Brown in Ferguson, Missouri.
The show doesn’t just commend the positive impact images can have for critical issues including climate change, #BlackLivesMatter, the refugee crisis, and the representation of gender. Rather, it crucially also recognizes instances in which visual culture has been wielded in harmful ways, whether by ISIS or the United States’s right-wing fringe.
“There is tremendous social change taking place as a result of pictures, both still and moving thanks to the internet,” said exhibition co-organizer and ICP curator Carol Squiers. “But it’s not all good social change, at least not for all of us.”
Historically, professional photographers have had a hand in galvanizing support for issues that liberal society wants to remedy, from poverty in the Depression era to the ravages of the Vietnam War. But the medium is no longer restricted to individuals reporting for publications and news agencies, barred by strict ethical standards. This allows a much wider swath of the population to wield influence through the images they create—whether photographs, memes, or GIFs.
What’s more, the images are distributed along the very same channels. “And the pictures aren’t just reporting what’s going on,” said Squiers. In many cases, they’re substantially moving the needle—for better or for worse. 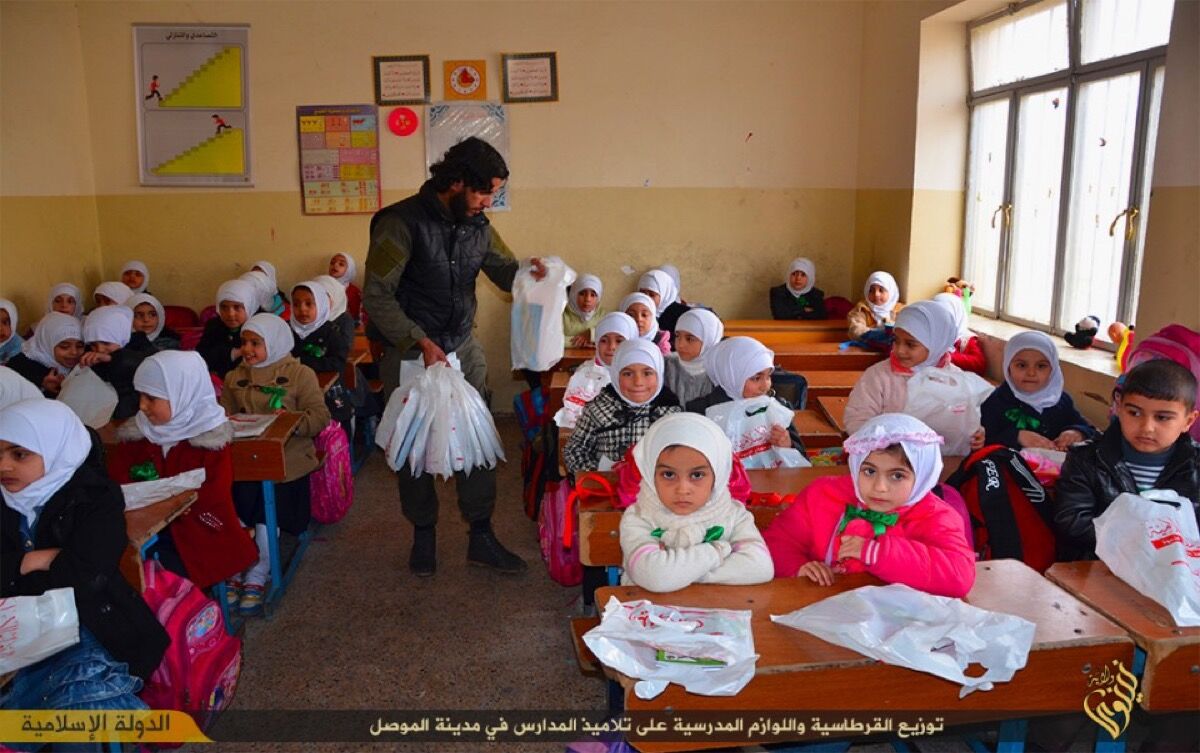 A gallery filled with propaganda created and disseminated by the terrorist group ISIS drives this point home. (While addressing the rise of ISIS and other terrorist groups, it’s important to note that the show is vehemently against Islamophobia.) Curators of “Perpetual Revolution” sifted through hundreds of videos produced by the Islamic State for months in order to present a collection of films and photographs that expose the organization’s powerful—and effective—use of imagery disseminated via the internet to draw in new recruits. The often emotional and intimidating visual media distributed has been remarkably successful in touching vulnerable and disaffected individuals, allowing the terrorist training camps of yore to evolve into many IP addresses spread across the world.
ISIS, of course, isn’t the first extremist group to produce visual propaganda, the Nazis’ use of photography to intimidate the German public being a famous example. But technology’s progress in the last half century has definitively changed the game. “Basically anybody can upload images,” said Squiers. The realities of today’s conflicts have also changed what might constitute photojournalism in the future.
ISIS has in large part become the sole documenter of its activities due to the dangers posed to photographers if they were sent into the field. Squiers said that as a result “we have to expand the notion of what photojournalism might be to include things like propaganda photography. It’s the only reporting we have.”
Horrific footage of ISIS hostage beheadings make their way into Western media with some frequency. But the terrorist organization’s output spans far beyond those examples. At the ICP, photographs and video streams from cell phones, iPads, and video monitors, displaying material designed to recruit members to join ISIS’s future utopia. According to Squiers, the Islamic State is very brand conscious; each province has created its own media office, as well its own logo (or logos). “They’re very intent on making high-quality videos that they can use as propaganda,” she said, leading them to look intently for photographers and videographers as potential recruits. 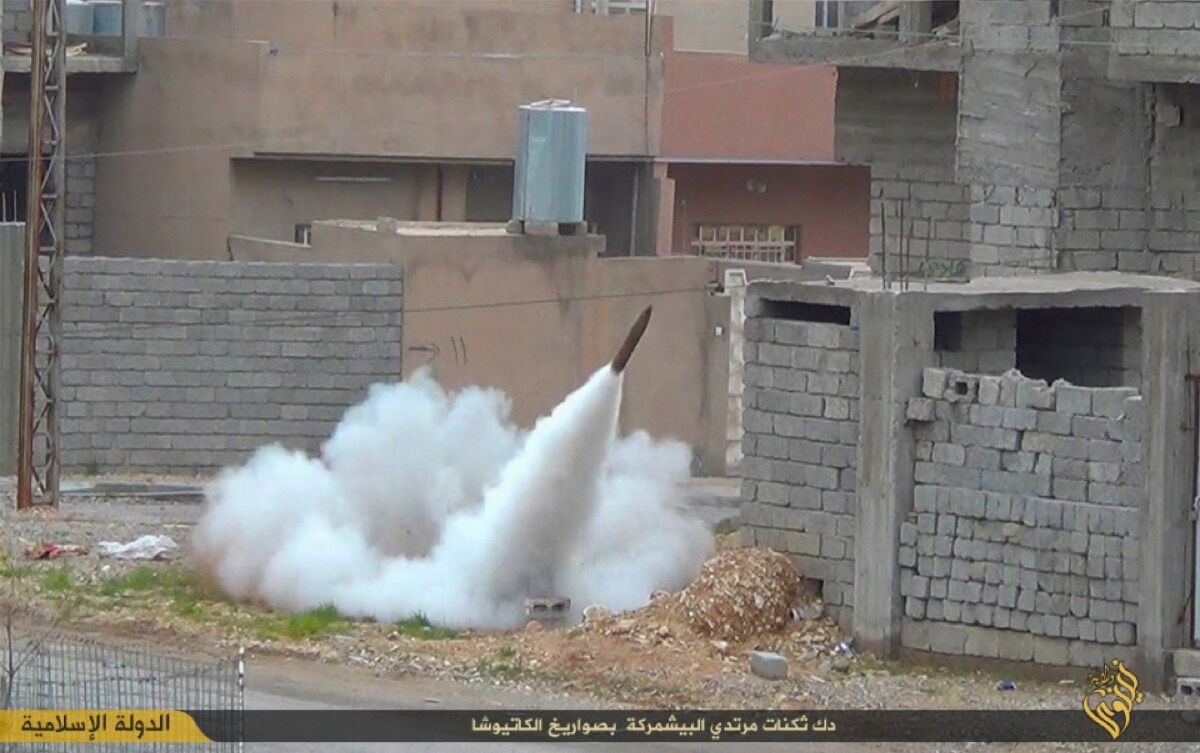 Advertisement
One of the first videos in the gallery, titled “Media Man, You Are a Mujahid,” sees a man with a rifle strapped to his chest speaking on a beach. “Today the West is able to, as a result of their vast resources, to influence the weaker, defeated minds of people with incorrect information on the Mujahideen,” he says, but soon announces, “The Islamic State now has its own media production team, which, with the help of God, has been able to claim victories on the media battlefront.”
Similar methods of media manipulation continue across the room. Photographs show seemingly tender ISIS fighters giving clothing and school supplies to children. A video depicts members of the group constructing a new market.
Another recruitment video from 2014, “Abu Muslim from Canada (May Allah Accept Him),” sees a young Ontario native convert to Islam, uprooting himself from his job and family to fight in Syria, and ultimately becoming a martyr in a 2013 battle. A year after his death, this video was created, combining an earlier interview (in which the subject describes himself as a regular Canadian, not a social outcast or anarchist but someone who left behind a good life to do something he believed to be noble) with battle scenes and a close-up of his dead body as it’s prepared for ceremony. The relatively elaborate production uses a soft filter and spliced-in bucolic imagery to suggest that the man is speaking to viewers from the afterlife.
An additional section was added to “Perpetual Revolution” in the wake of the U.S. presidential election and brings the show’s message home. It assembles media shared online by members of the alt-right and publications that have aligned themselves with the group. Three video screens stream images shared by alt-right adherents on Facebook, Instagram, Reddit, Twitter, and Gab, a social network that operates under the promise that it won’t censor its users (as opposed to the community guidelines most networks employ) and has become a safe haven for hate speech. 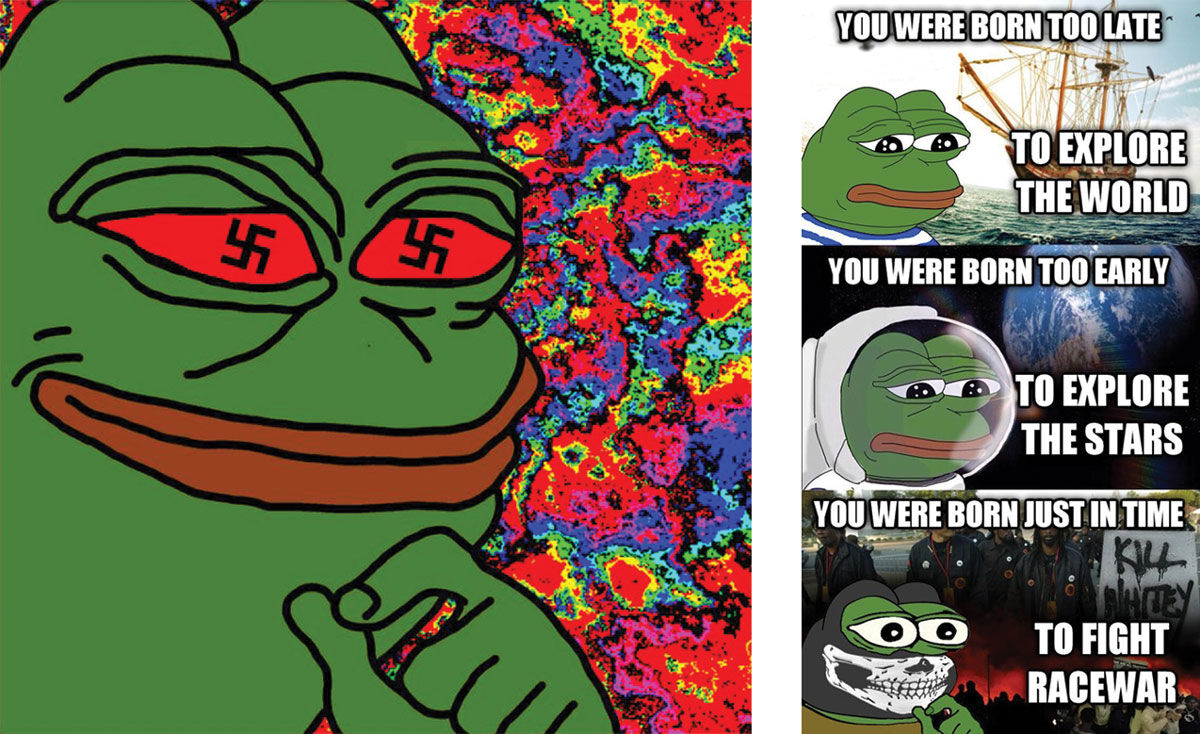 The first screen’s imagery relates to political correctness, the last to the belief that white culture is under attack, while the center screen displays images from the social media feeds of Donald Trump, his children, and his staff. Across all three feeds is the once innocent “Pepe the Frog,” born as a comic book character in 2005 but now a powerful symbol of hate and white supremacy brandished by the alt-right. Plopped among racist, anti-semitic, misogynistic, or Islamophobic messaging, the once innocuous cartoon is an important reminder even well-intentioned images can be coopted to negatively impact society.
Molly Gottschalk is Artsy’s Lead Visuals Editor.
Related Stories