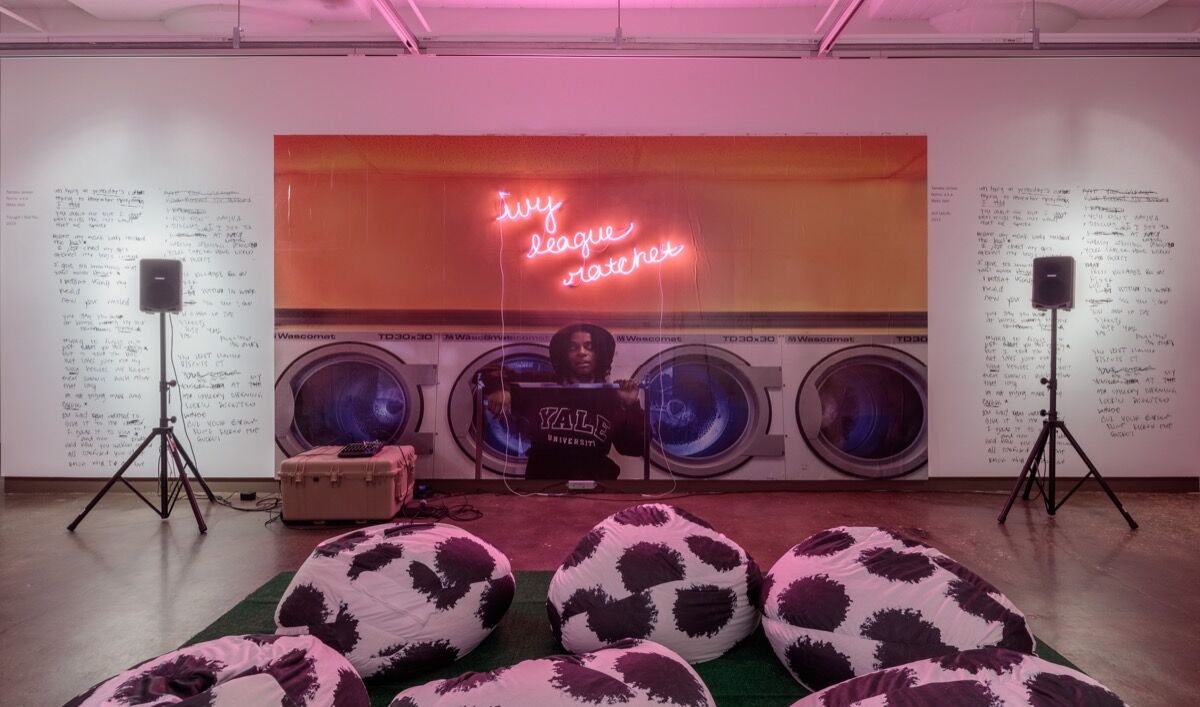 Last Friday morning at 11 a.m. in New York, a group of artists, writers, and a single rapper gathered on beanbag chairs under a hot pink neon sign that read “Ivy League Ratchet.” Most sipped Dunkin’ Donuts dark roast. Meka Jean, a musician whose rap record bears the same name as said neon, took a swig of champagne—liquid courage.
Meka Jean, born
Tameka Norris
, has a history in the hip-hop industry as an aspiring rapper. Now, with a Yale MFA degree under her belt, she’s reviving her unrequited dream as a conceptual album and performance, part of “The Beat Goes On,” a four-person exhibition curated by Brooklyn-based artist
Derrick Adams
for SVA Gallery in Chelsea.
As the audience lounged into their doughy seats, Adams set the stage—for both Norris’s piece and the show as a whole. “This isn’t a show rooted in irony or satire,” he explained, preemptively subduing potential skeptics who might read Norris’s performance as a one-note parody, rather than a nuanced artwork. “This is really about artists who use music as an important component of their creative practice, who develop their ideas and connect with people through various modes of operating. For them, audio is a major component of activating visual culture.”
Norris adjusted her thick-rimmed glasses, and grabbed the mic, confirming the sincerity of her pursuit by taking the audience back to her earliest inspirations. “My inauguration into what it means to be a woman in the music industry was watching my mother navigate being a woman of color in the South. She worked as a radio personality from 11 p.m. to 7 a.m., while I slept in a sleeping bag under the DJ booth,” she explained. “That space became an audience for me to make my own narrative.”
Minutes later, as Norris performed the album’s title track, engaging the audience with an occasional in-your-face lunge, it seemed as though her narrative had come full circle: “I’m on that Ivy League ratchet/ art school grad shit/ pullin all-nighters sleepin’ on a dirty mattress.” 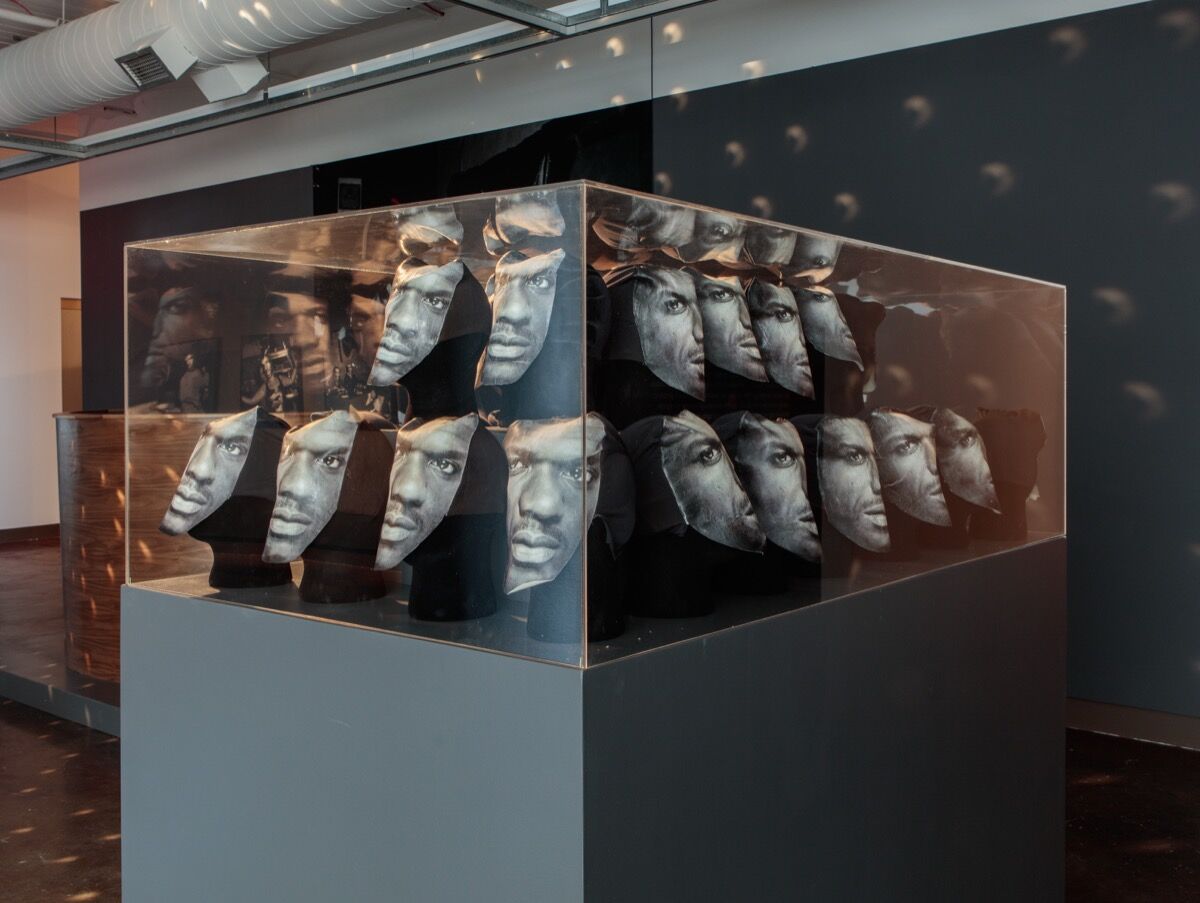 As Norris spat her last verse, Queens-based artist Elia Alba called out in support of Norris’s no-holds-barred, rhythmic takedown of the racism that lingers in age-old art institutions and the sexism that pervades rap. When the room quieted, a groovy disco beat from Alba’s own installation—an homage to the late great DJ Larry Levan—filtered into the space. “What’s important for me about Larry Levan, was that the idea of DJ as shaman was really born in his time, the mid-70s,” Alba said of her project. “It was right after the Vietnam War, and New York was financially and emotionally destroyed. But spaces started to pop up where people of color could come together, find a sanctuary, and dance their problems away.”
Levan’s famed party, at the downtown club Paradise Garage, was called “Saturday Mass,” which his followers considered a beatified, mind-bending ritual. In reverence, Alba’s installation, which is the first thing you see upon entering “The Beat Goes On,” resembles a sacred space complete with pews, an altar, and a video of disco dancers adorned with masks simulating Levan’s face. “I think about it even more now, after what happened in Orlando. Those people were in a place of sanctuary, and someone came in and destroyed that sanctuary,” she explains. “At this moment, I feel like it’s time to look at the disco movement as a way to reimagine us coming together and helping each other out.” On Saturdays throughout the run of the show, Alba will reimagine Levan’s storied party in the gallery, inviting anyone and everyone to cut a soul-freeing rug.
Around the corner, coffees were polished off as artist
Kevin Beasley
settled into the dark, carpeted nether regions of the gallery, a space devoted to his “Listening Room.” The glow of his laptop lit the top of his face, as he posited: “If you had 25 minutes to share any sound, any music to a group of people who would listen to every single second, what would you play?” It’s a scenario he’s posed to individuals in the past, asking them to create their own 25-minute compilations. 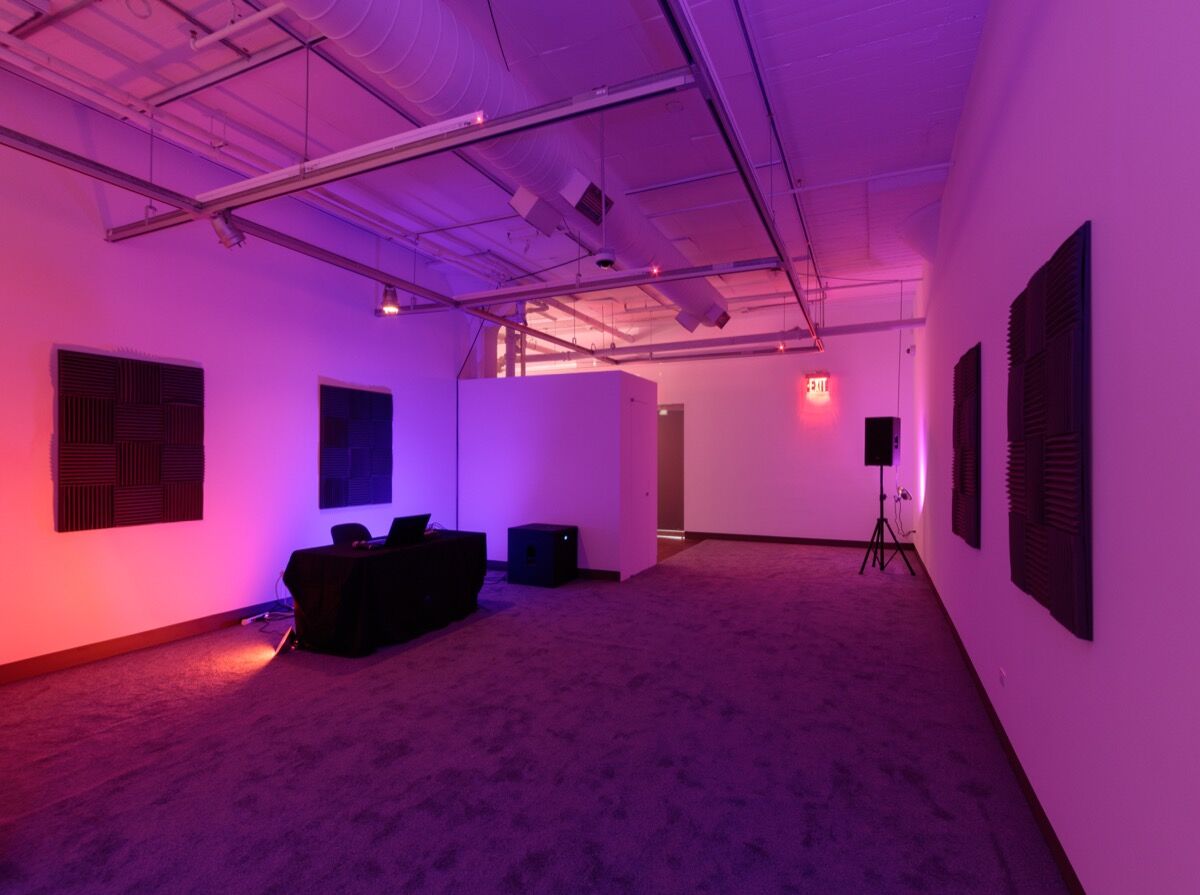 Advertisement
For “The Beat Goes On,” Beasley will play a 22-hour track of self-selected, assorted sounds, including a 3-hour PBS documentary on slavery and field recordings from an abolitionist’s crumbling Cleveland mansion. He’s also arranged a night of performances, featuring playlists from an artist, a DJ, and a professor of literature. “Compiling the soundtrack becomes another way of thinking about your relationship with where you live, who’s around you, things you want to share with people that maybe you can’t articulate with language,” Beasley explained. “With music, you can engage with a space in a way that maybe language can’t, in a way that abstraction within music allows for other possibilities.”
In a fourth room, a soundtrack by
Paul D. Miller
, better known to some as DJ Spooky (the only exhibiting artist not in situ that morning), remixes records that were blasted into space in 1977. Dubbed the “Voyager Golden Records,” they host greetings in 55 languages, a recording of the human laugh, a Navajo chant, a Mexican mariachi composition, Igor Stravinsky’s The Rite of Spring: Sacrificial Dance, Chuck Berry’s Johnny B. Goode, and a panoply of other tracks selected by Carl Sagan, among others. The sounds were compiled, and launched into the cosmos, in hopes of communicating the existence of human life to extraterrestrials.
While we might not be snapchatting with life on other planets or suturing the deep wounds of bigotry with music anytime soon, “The Beat Goes On” reminds us that music can transcend language and imagery. Music can be heard loud and clear, felt deep within the body, or remixed to surface the past and usher in the future; it can travel into the cosmic unknown, or keep us dancing until 4 a.m., when the clubs close.
Alexxa Gotthardt
“The Beat Goes On” is on view at SVA Chelsea Gallery, New York, Aug. 20–Sep. 8.
Related Stories 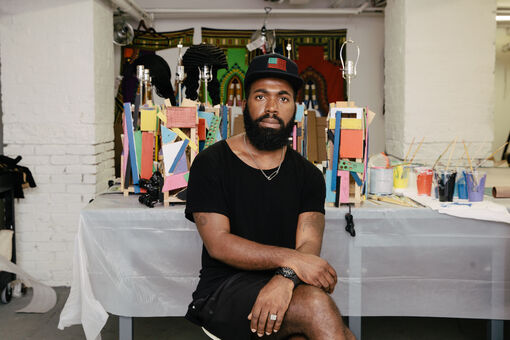