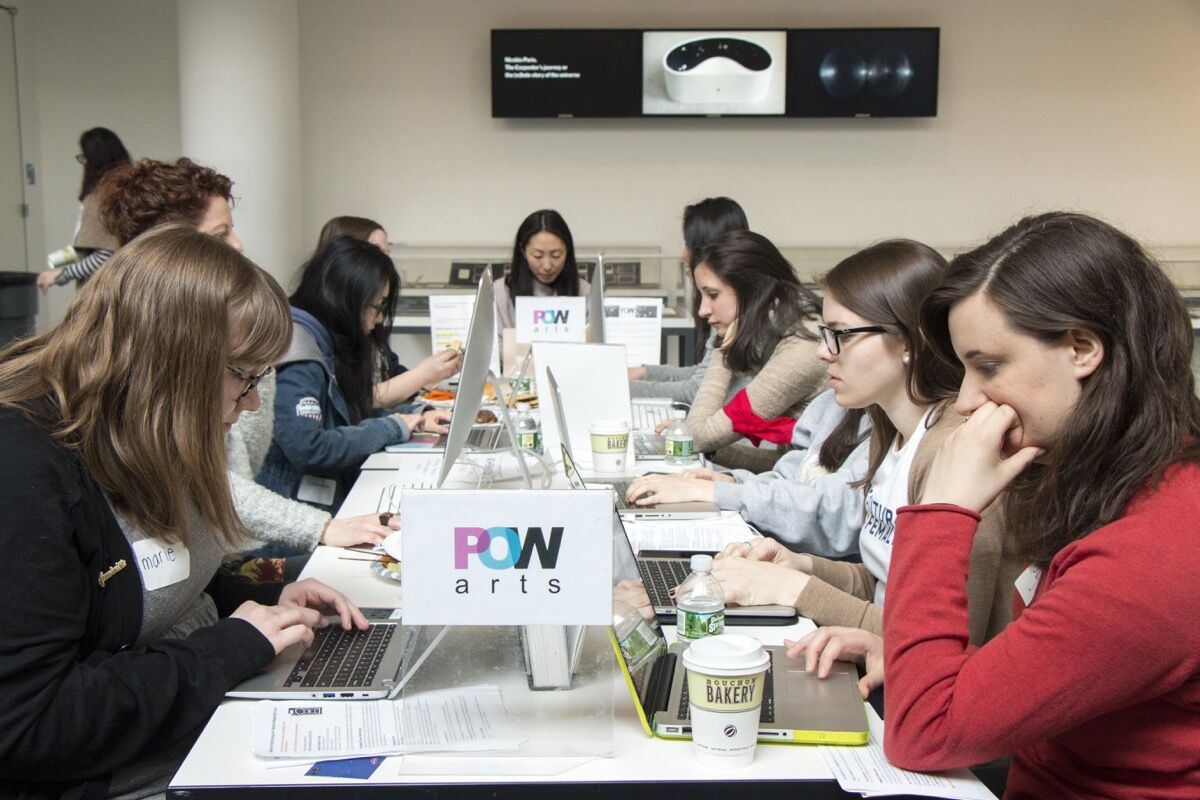 In 2013, writer Amanda Filipacchi published an op-ed in the New York Times that revealed a worrying trend on Wikipedia. Slowly but surely, she wrote, women were being cut from the more prominent list of “American Novelists” on the site, and were instead being added to the subcategory of “American Women Novelists.” Although Wikipedia editors claimed that it was a necessary step to break up what had become an overwhelmingly long list, she pointed out that there was no equivalent subcategory for men. (It has since been added.)
Filipacchi’s piece sparked a flurry of responses, reigniting a discussion of Wikipedia’s stark gender gap. Several years earlier, an internal study by the Wikimedia Foundation had estimated that less than 10% of its editors were female—an imbalance that persists to this day, despite attempts by the Foundation to increase the percentage.
Among those considering the implications of Filipacchi’s observations were Siân Evans, Jacqueline Mabey, McKensie Mack, and Michael Mandiberg—four friends who were working, variously, as artists and curators in New York City. Their response was to plan an “edit-a-thon,” an event where people could gather to create or improve Wikipedia pages, focused on those relating to feminism and the arts. They dubbed their project Art+Feminism, and drummed up interest via email and social media. 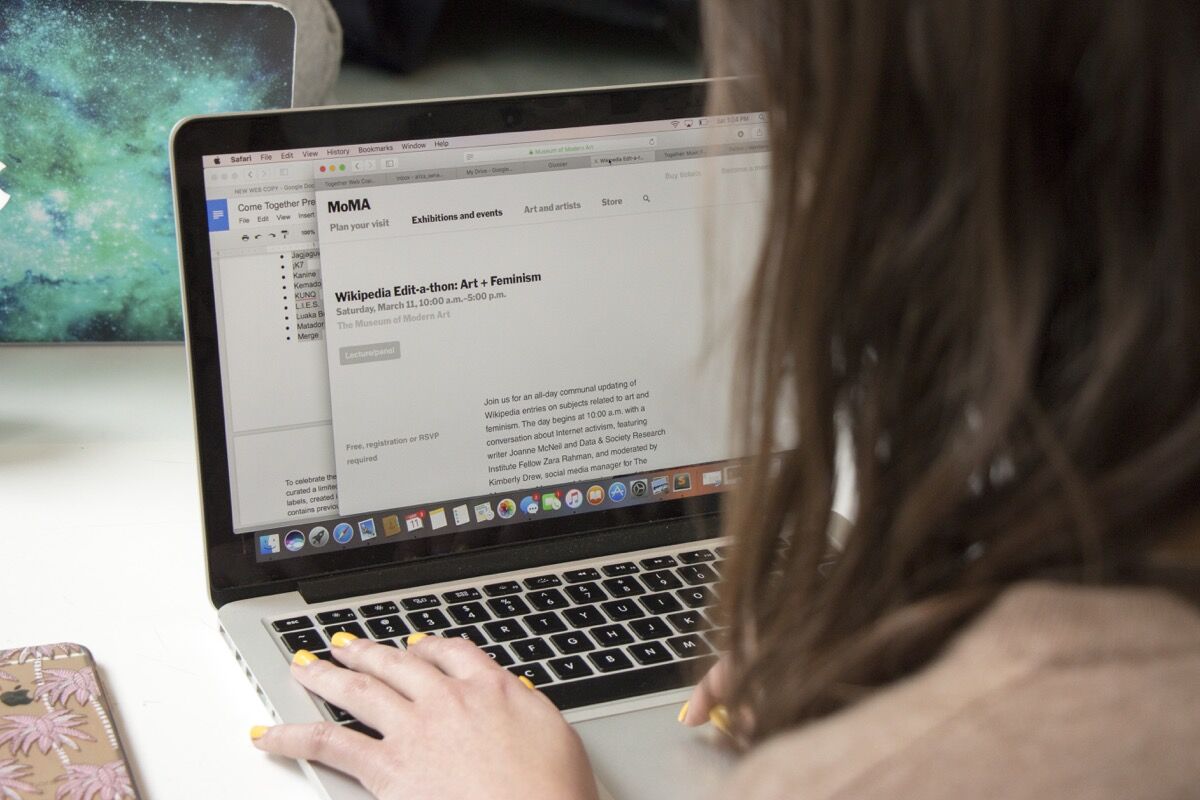 “The response was beyond what we could have imagined,” Art+Feminism’s co-founders told Artsy collectively, via email. “The call for participation went viral; people and organizations we had no direct relationship with were reaching out, asking to be a part of the project,” they said. “We thought we would have to guilt 10 friends into attending! We never expected to be working on the project years later.”
Now, Art+Feminism has spread to more than 28 countries across six continents. Although their edit-a-thons are primarily planned to occur in March, to correspond with Women’s History Month, they continue throughout the year. These events are planned and hosted by local arts organizations and major museums, like the Smithsonian American Art Museum in D.C. and the Los Angeles County Museum of Art.
In 2016 alone, participants in Art+Feminism’s efforts added roughly 2,000 articles to Wikipedia and improved another 1,000. Artists newly represented on the site span Alice Boyd, a British pre-Raphaelite painter, Margret the Adroit, an early 13th-century Icelandic carver, and Xiao Lu, a contemporary Chinese installation and video artist.
The School of Visual Arts (SVA) in New York City hosted an edit-a-thon on Saturday, March 18th. It was the school’s first event with Art+Feminism, scheduled as part of a wider event series reacting to the election of President Donald Trump in November. “We wanted to create something for our students so they could become politically active, or to show them ways in which they could effect change,” explained Phoebe Stein, a digital service librarian at SVA who organized the edit-a-thon. 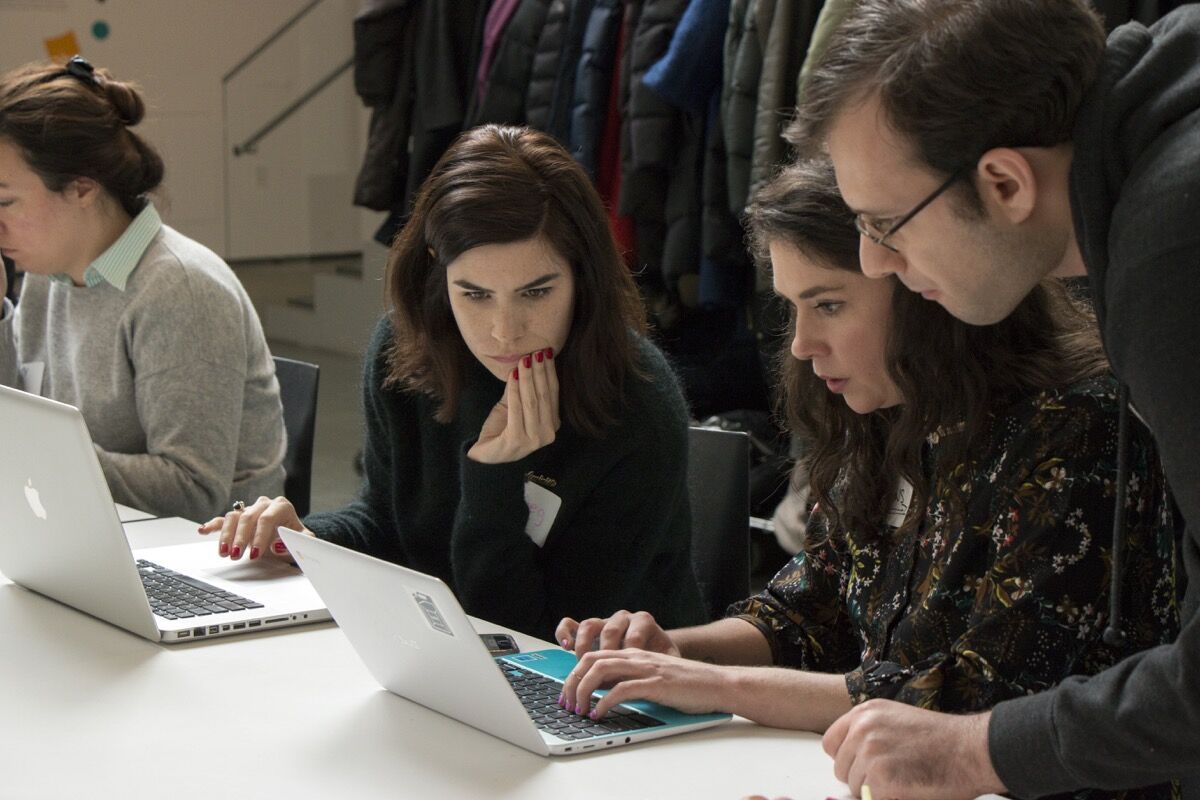 Advertisement
Although participants were welcome to arrive with their own artists in mind, Art+Feminism also provided a list of pages that required editing or needed to be created from scratch. One of these lists is sourced from Black Lunch Table; another is titled “Women in Red” in a reference to Wikipedia’s practice of redlinking to articles that don’t exist yet. Stein pulled several encyclopedic volumes on women artists from SVA’s library to serve as source material.
In all, at the SVA edit-a-thon, 12 editors improved 20 articles, including pages for First Nations textile artist Mary Kawennatakie Adams and Canadian painter Louie Burrell. Stein said the response at SVA was “overwhelmingly positive” and she hopes to host additional edit-a-thons in the future—some focused specifically on art, and some tailored to underrepresented populations in other fields. The co-founders of Art+Feminism said they have been inspired to see their concept spread, through recent edit-a-thons championing the work of women in STEM fields.
As Wikipedia becomes increasingly influential (it is now the fifth most-visited site in the world, up from seventh in 2015) “absences there echo across the internet,” said Art+Feminism. Google now pulls its biographical sidebar information from Wikipedia, as does MoMA’s online artist pages. “The work we are doing feels more pressing than when we started, as Wikipedia’s content is even more visible and more trusted than when we started this project.” 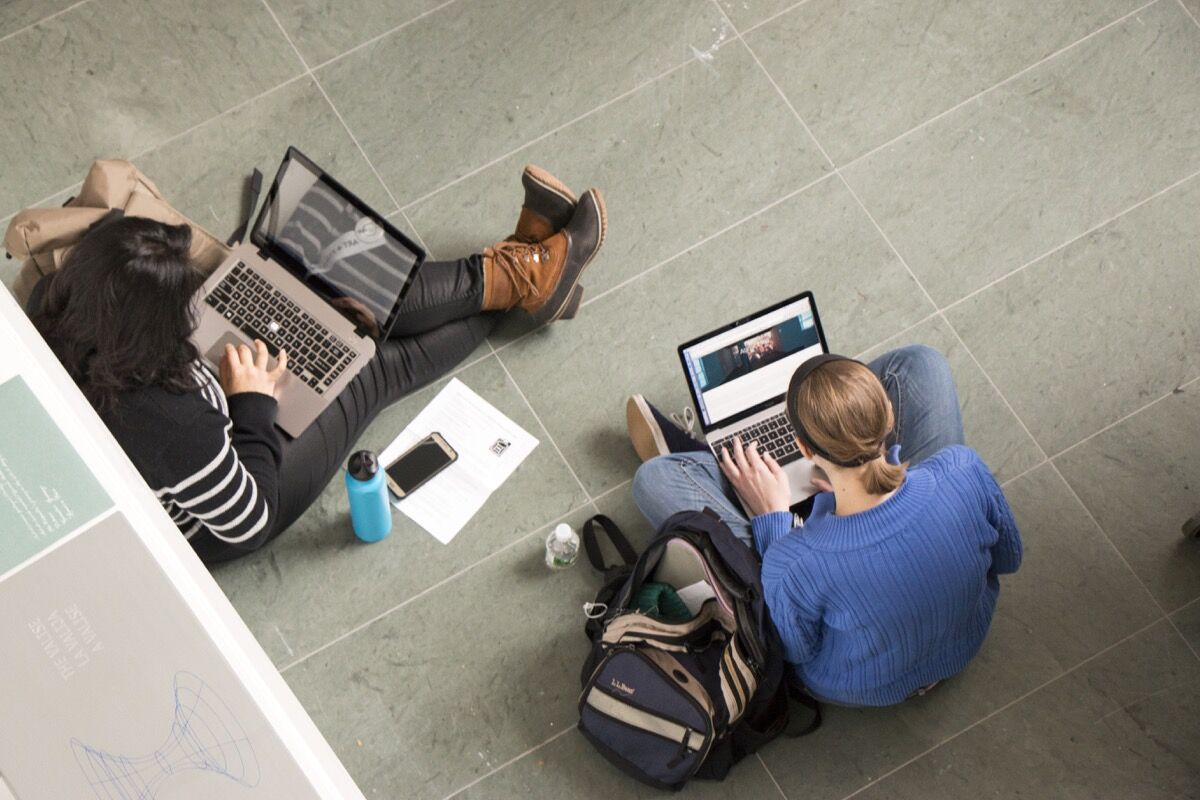 Art+Feminism’s founders hope that their initiative sparks a broader conversation about representation, both on- and off-line. “The art world fancies itself a place of radical thinking and ways of being, but in practice it largely affirms pre-existing structural inequalities,” they said, referencing ArtReview’s 2016 Power 100 list. The most recent annual ranking, which attempts to document the “most influential people in the contemporary art world,” was 68% male, 70% white, and 51% European.
“That’s not what the world looks like,” Art+Feminism said, “and it’s not what the art world should look like.”
Abigail Cain
Related Stories