Ostrich eggs, each one set under its own glass dome, currently fill Ricco/Maresca Gallery in New York. These are the grounds for the exquisitely detailed narratives of self-taught draftsman and ex-prisoner
Gil Batle
, who has carved scenes from life on the inside into the shells of the eggs—19 of which have been brought together for “Hatched in Prison: The Art of Gil Batle.” 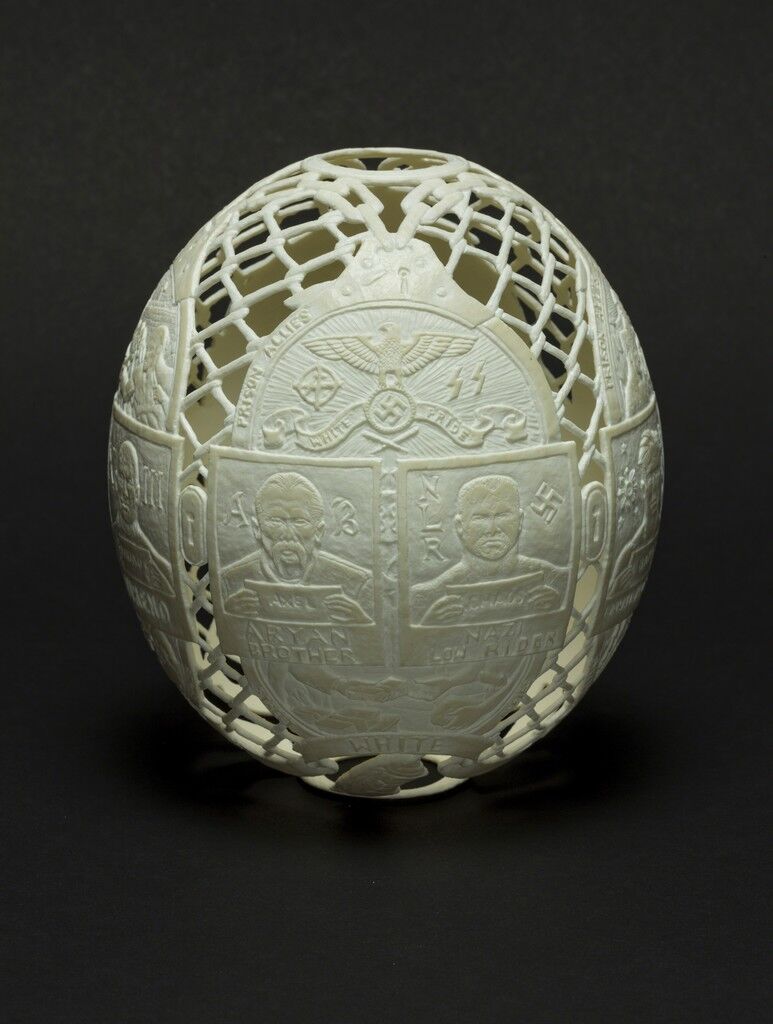 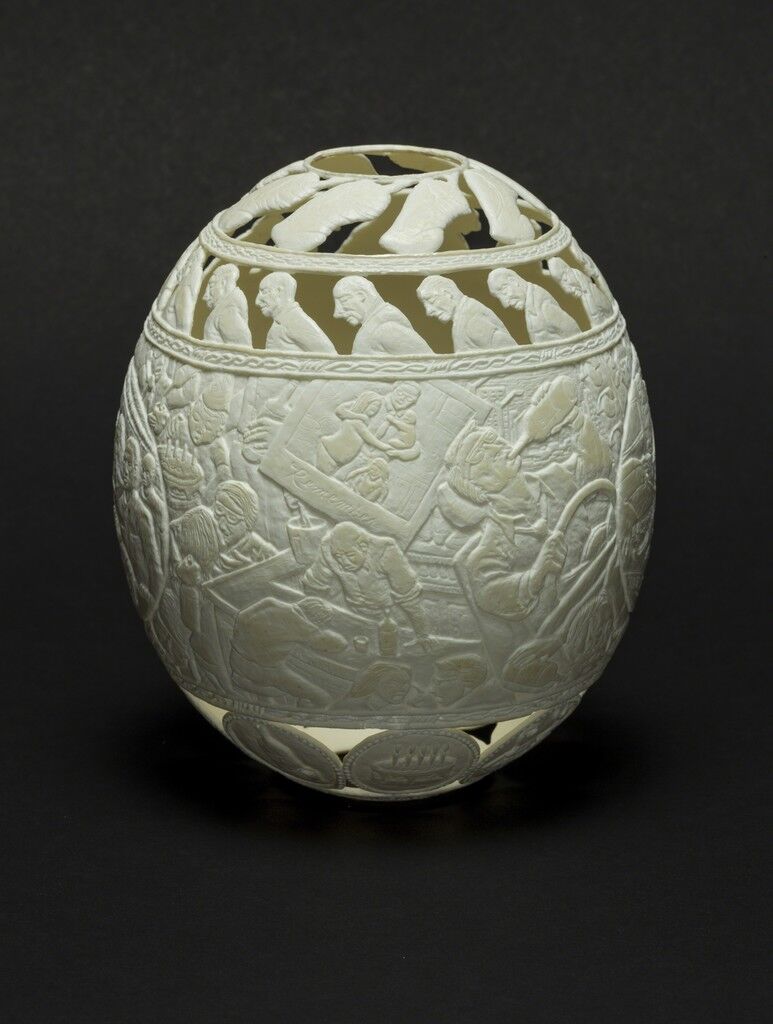 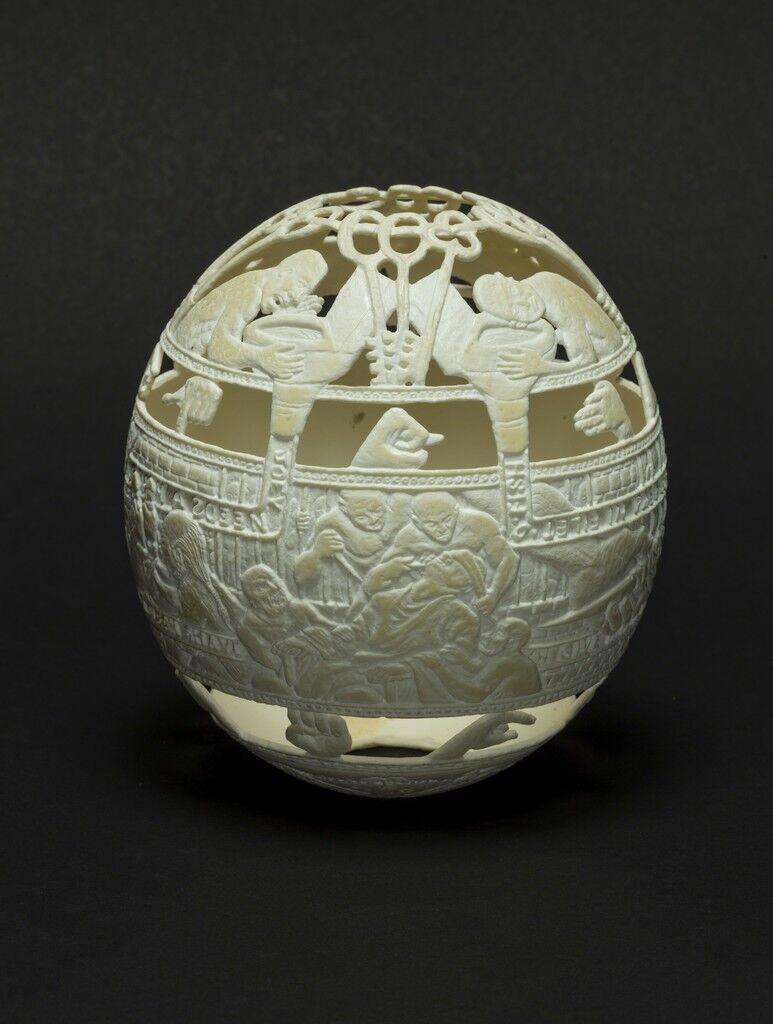 Gil Batle
Ghost Communication , 2014
Ricco/Maresca Gallery
Batle has spent much of his adult life in and out of five different California prisons. He used his remarkable drawing skills to forge traveler’s checks, money orders, and fake IDs, which kept him in continuous trouble with the law. In prison, he applied these same skills to his own survival. His artistry garnered him great respect from his fellow inmates, who guaranteed his protection from assault in return for tattoos and drawings. Now on the outside, and living on an island in the Philippines, he tells their stories and his own through his ostrich egg carvings. In order to “protect the guilty,” as he says, he changed the names of the men whose lives he details. 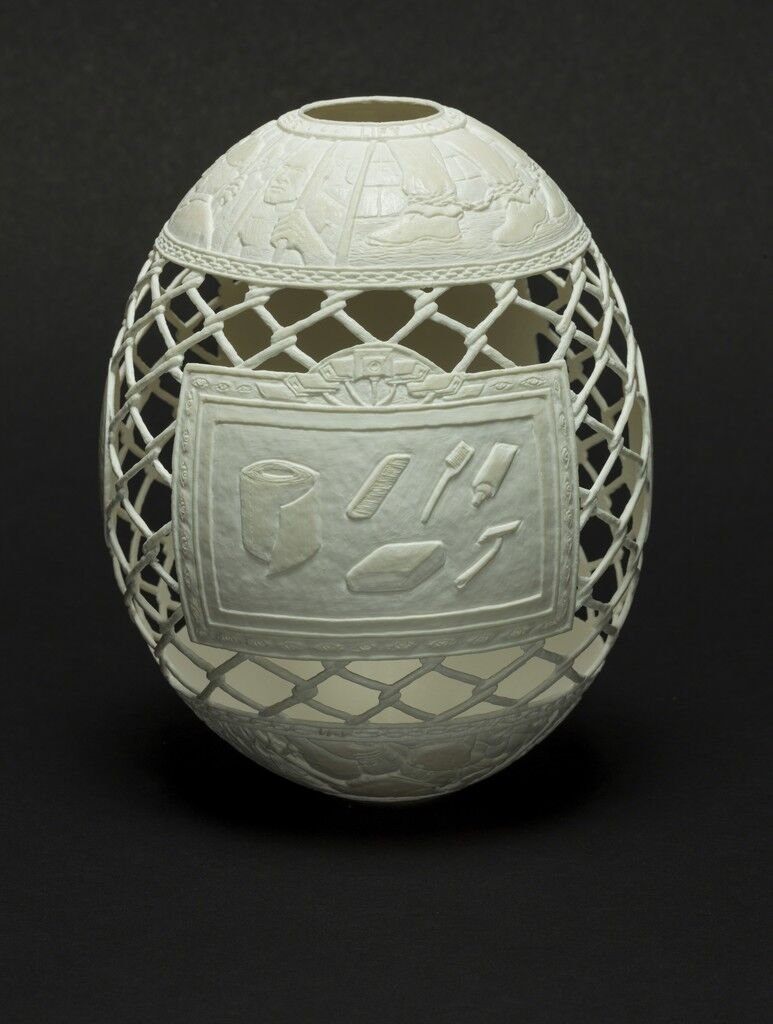 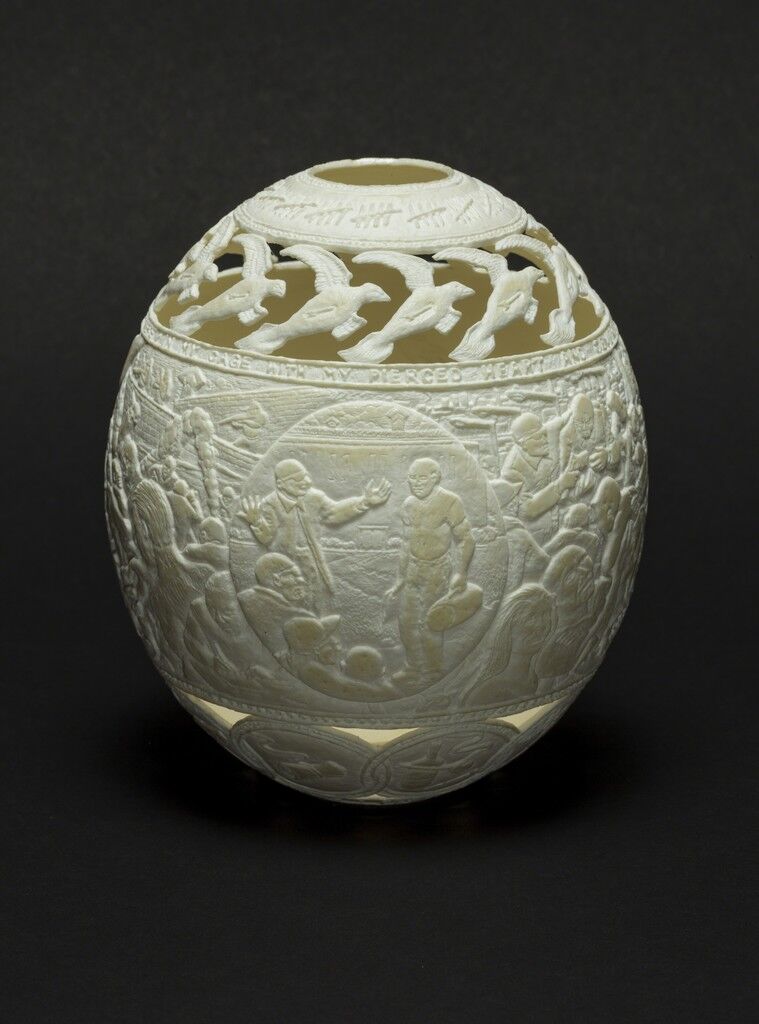 Gil Batle
Sanctuary , 2014
Ricco/Maresca Gallery
Advertisement
Batle begins by emptying the shells of their contents. He then uses a high-speed dental drill to make his narratives manifest. They play out across circular and rectangular panels that wrap around the shells, often sandwiched between latticework bands composed of motifs including razor wire, handcuffs, birds in flight, or of rows of bent-headed prisoners seen in profile. On an ostrich egg titled Reception: Fresh Fish (2015) Batle narrates the arrival and processing procedures for new prisoners in four square panels suspended in chain-link fencing. In one panel, he lays out some of the sanitary items provided to prisoners: a roll of toilet paper, a comb, a razor, toothpaste and a toothbrush, and a bar of soap. A border of eyes surrounds this panel, which is further crowned by a group of security cameras, pointing every which way. To better see such minute details, the gallery has provided magnifying glasses. Visitors would do well to use them to get the full effect of these beautifully rendered scenes—of terribly bleak places.