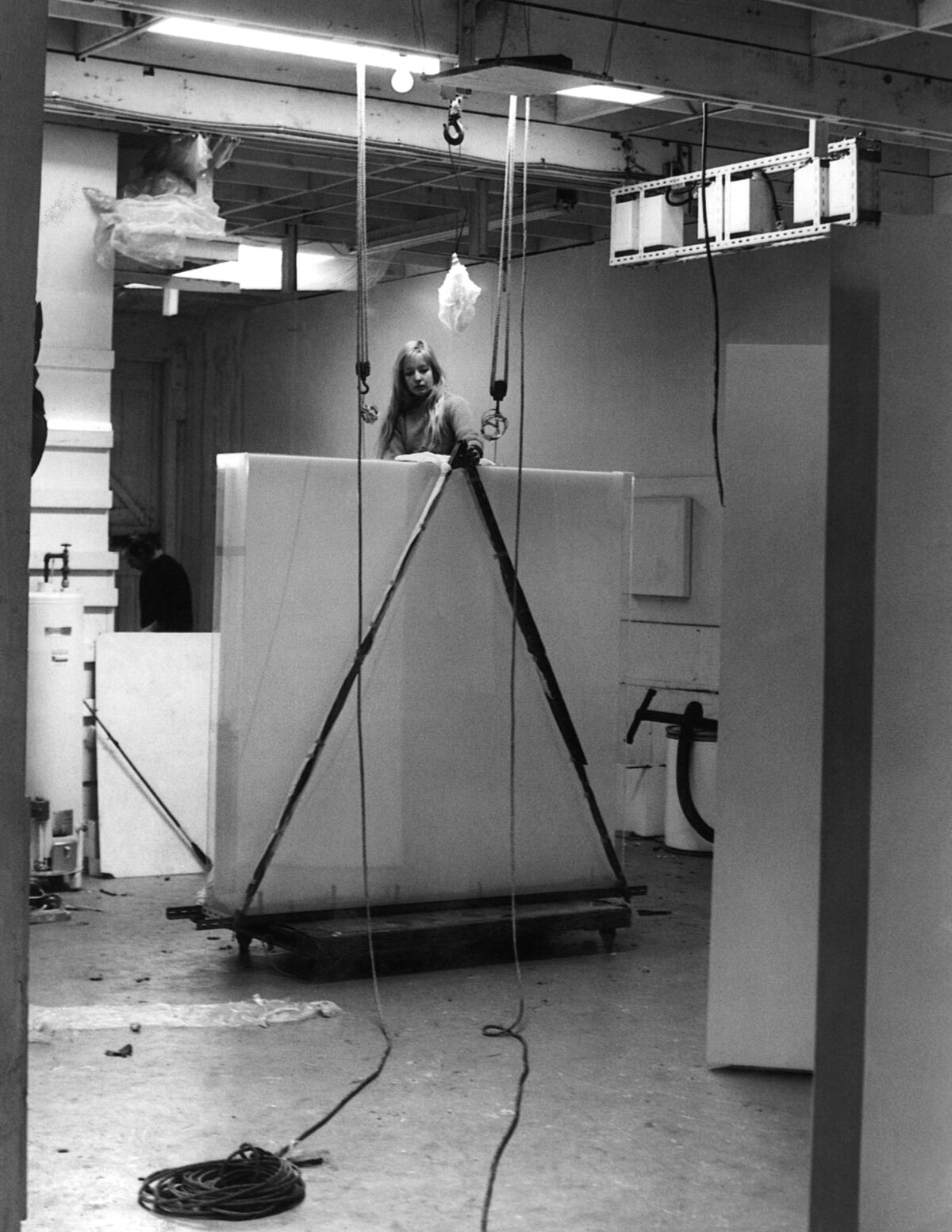 Mary Corse
’s artwork shimmers, flickers, and ultimately dazzles the viewer as it reflects, refracts, and generates light. It’s notoriously difficult to reproduce in photographs, requiring a shifting, appraising body to complete its unique brand of magic.
Corse’s paintings and sculptures adopt infinite permutations as one stands in front of them. At a particular moment, from a specific position, the viewer sees a unique configuration of brightened and flattened patches. Looking becomes a deeply individual, meditative experience that generates ideas about acceptance, change, and the fleeting nature of all things.
Like her creations, the artist’s words are often elegant in their simplicity, simultaneously lyrical and matter-of-fact. At the press preview for the Whitney Museum of American Art’s new exhibition, “Mary Corse: A Survey in Light,” she succinctly connected her glimmering bands of paint to human mortality. “We appear and disappear,” she offered. The institution is mounting the first-ever solo museum survey of her work (and publishing a corresponding catalogue, Corse’s first major monograph), which curator Kim Conaty described as an “introduction and foundation” to inspire future scholarship. 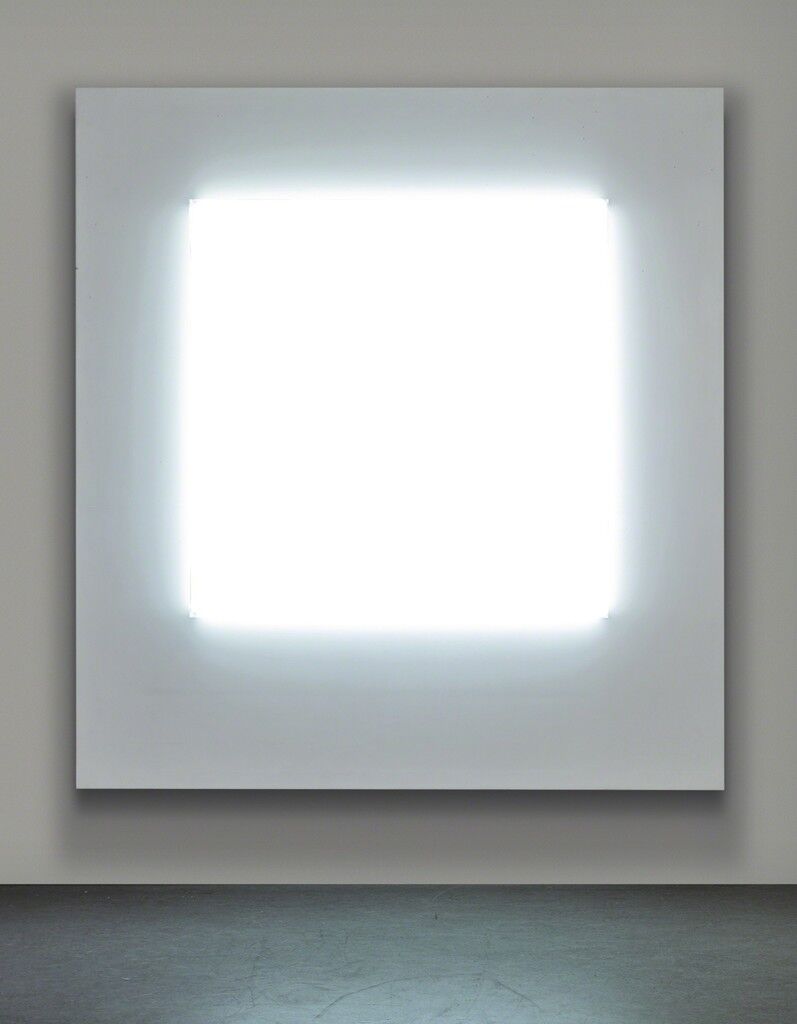 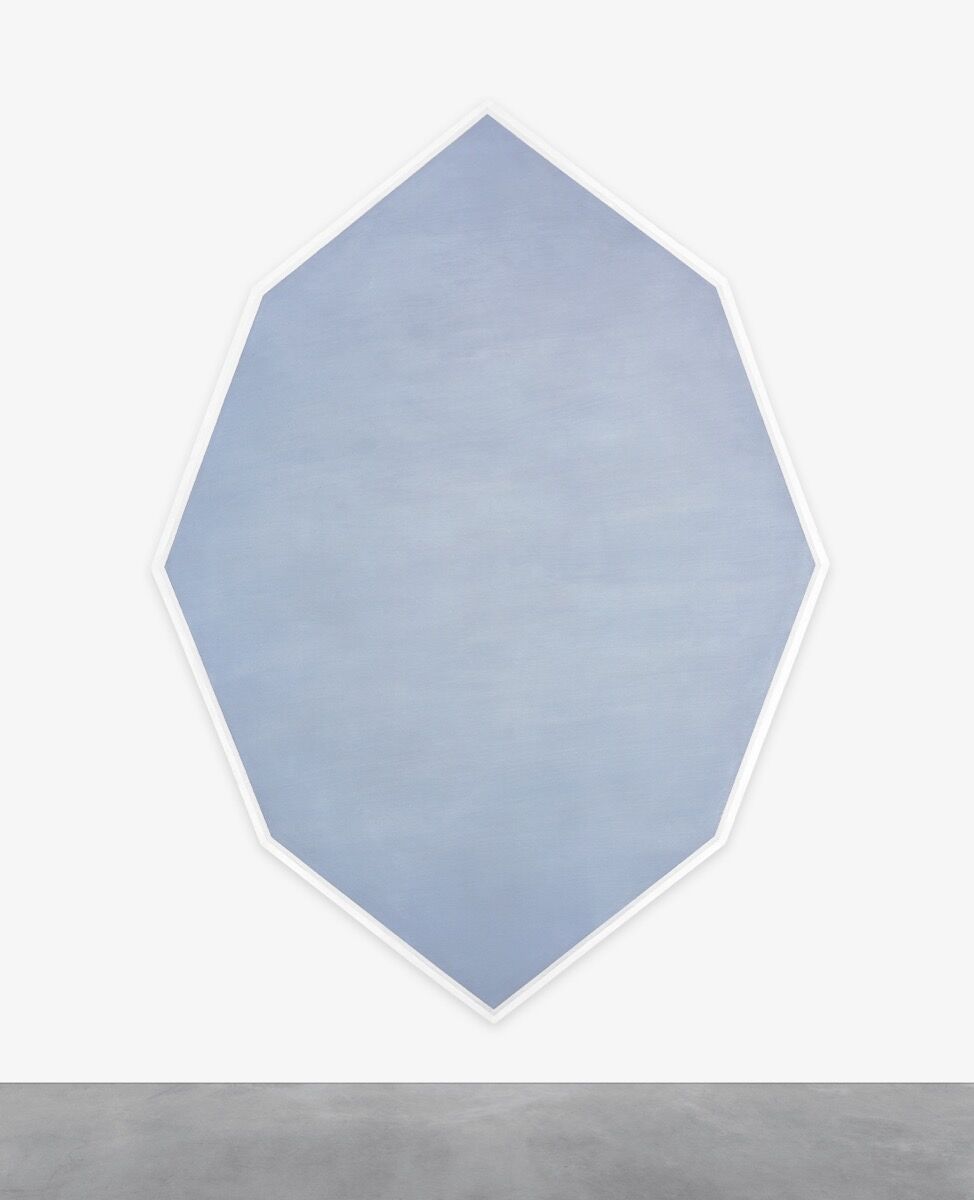 The attention is well-deserved and overdue. “I think part of the reason that she’s been overlooked is the work has been shown in an incorrect context,” says Lisson Gallery’s executive director Alex Logsdail, who suggests that Corse’s pieces need careful handling and lighting; windowless art fairs don’t do them justice. At the Whitney and beyond, Corse is currently enjoying that most coveted type of art world appreciation: a moment. London’s Lisson Gallery is showing the first major solo presentation of her work in the U.K. (through June 23rd), and the Dia Art Foundation just opened a long-term installation in Beacon, New York. The Whitney’s naturally lit eighth floor, the bright and airy galleries at Dia:Beacon, and the tranquil and pristine Lisson spaces are three ideal venues to display Corse’s work.
Born in Berkeley in 1945, Corse was a major figure within the California
Light and Space Movement
of the 1960s and ’70s (based in Topanga Canyon since 1970, she’s now a consummate Angeleno). Along with artists such as
Larry Bell
and
John McCracken
, she helped establish a branch of West Coast
Minimalism
that often privileged a shiny surface—or “finish fetish”—in order to investigate light and perception.
Her male counterparts received plenty of acclaim. Both Bell and McCracken appeared in the seminal 1966 “Primary Structures” exhibition at The Jewish Museum, which established a canonical group of American and British Minimalists. Meanwhile, Corse did find representation with the idiosyncratic New York dealer Richard Bellamy, but large-scale recognition was elusive.
Major (predominantly American) institutions from the Guggenheim Museum to the Los Angeles County Museum of Art have exhibited Corse’s art in group shows, but her name somehow escaped broader academic discourse—Conaty admitted she didn’t even know of Corse until a few years ago. The artist has quietly continued to make work, still maintaining a vibrant painting practice today. 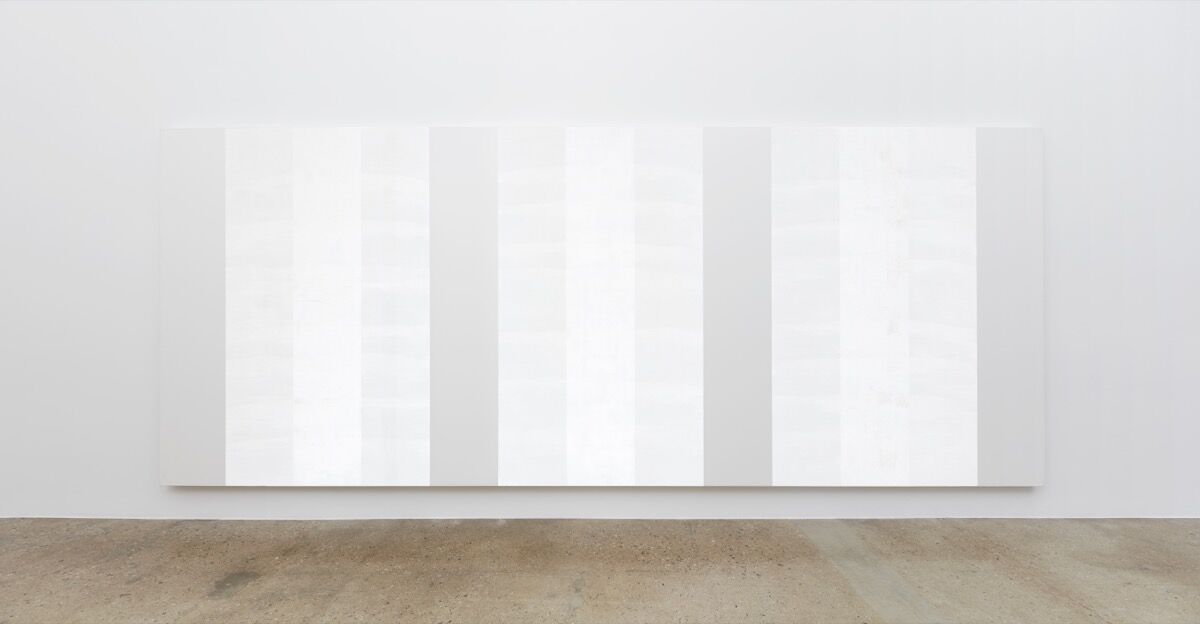 Advertisement
The polymathic artist has often undertaken serious scientific research. She graduated from Los Angeles’s Chouinard Art Institute (now California Institute of the Arts) in 1968, where she’d begun to make shaped canvases (light blue octagons, white diamonds) and sculptures of triangular columns.
Her art school training, however, proved insufficient when she decided to push her practice in a new direction with a series of electric light boxes. Corse conceived of plexiglass frames containing flickering argon light, backed up by a high-frequency generator that would allow the work to operate without a messy tangle of cords. The artist wanted to use a Tesla coil, which supports wireless electricity. To obtain the complex mechanism, she had to take classes in quantum physics. The resulting artworks, which gently hiss and flash like lyrical, staticky television screens, present the instantaneous movements of a glowing gas.
Indeed, there’s plenty of intellectual—and often physical—heft behind artworks that are about something weightless: light.
At the same time as she was innovating with Tesla coils, Corse began experimenting with new materials on her canvases. In the late 1960s, she noticed the paint that lines roads and highways, which remains brightly illuminated throughout the night. She discovered that glass microspheres were responsible for the shine; this material coats many of her large-scale canvases, which she terms “white light paintings,” from the late ’60s through today. 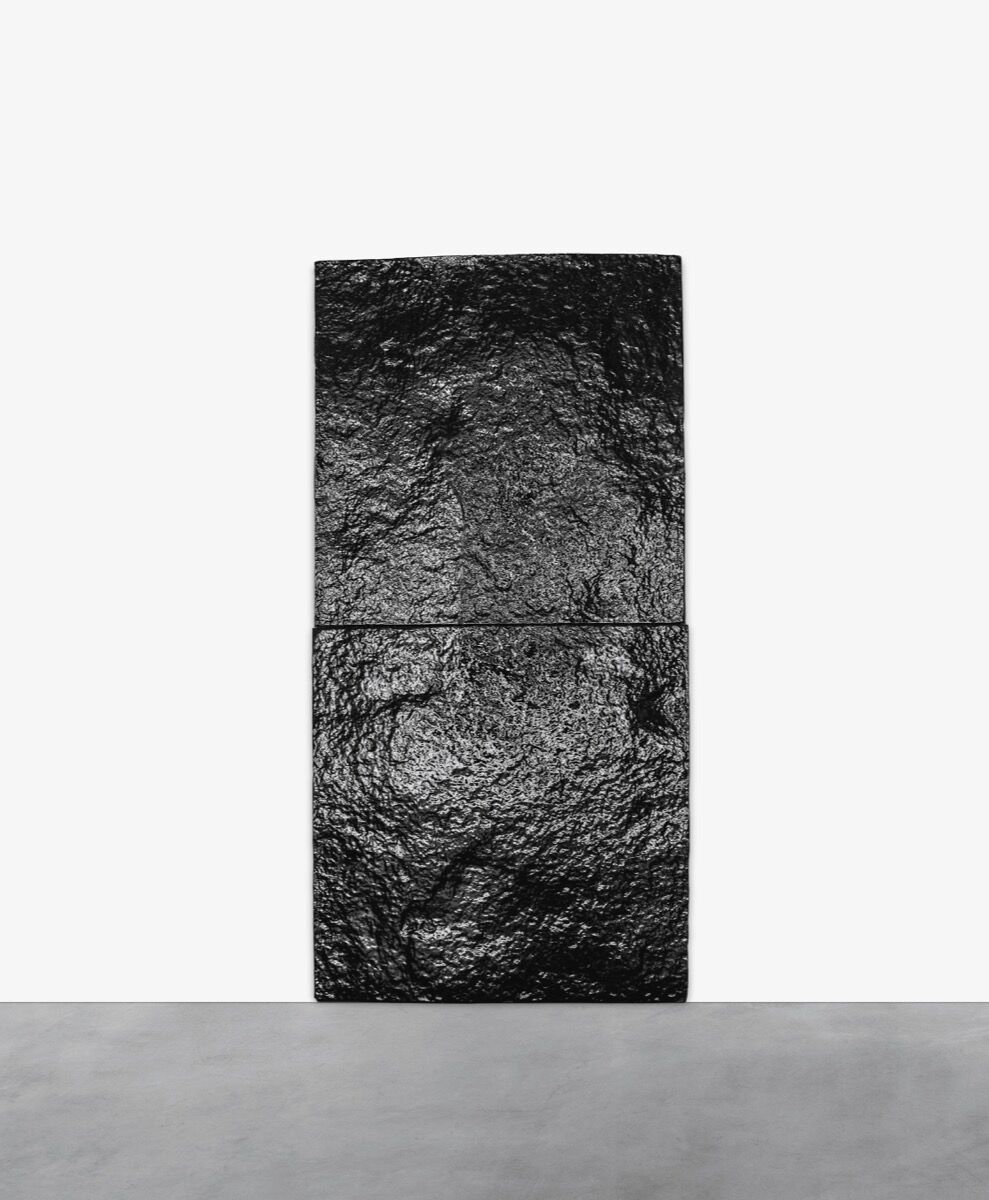 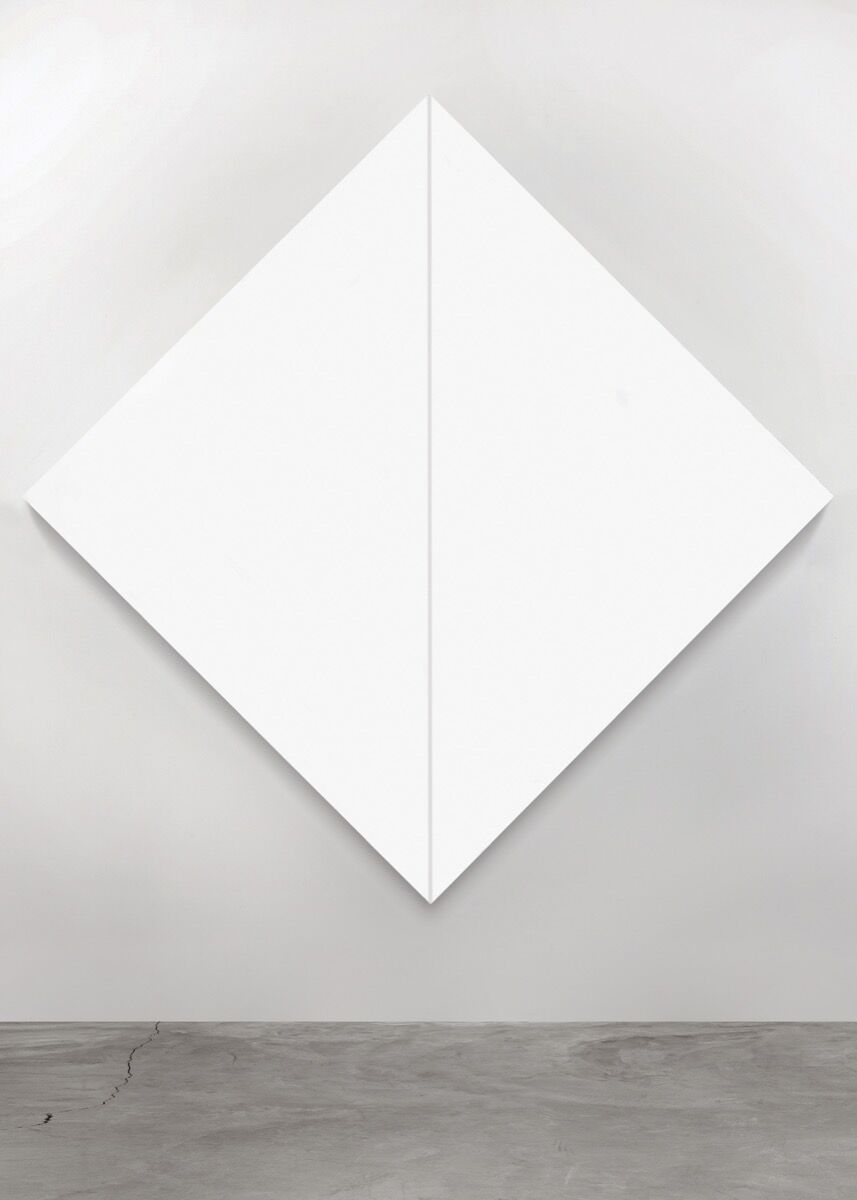 In the 1970s, Corse diverged from the canvas with her “Black Earth Series.” At the Whitney, Untitled (Black Earth Series) (1978) comprises two shiny black ceramic slabs (molded to evoke the ground’s natural topography), which, one stacked atop the other, reach a height of 96 inches. To fire such big pieces, Corse had to build her own kiln, again deploying technical and scientific skills to achieve her desired aesthetic results.
“I found myself needing to ground [myself], be aware of the body, touch the earth,” she said at the preview. “No artist’s lines, getting rid of the ego.” The Dia exhibition also features a “Black Earth” work from 1978, comprising 16 panels. Corse offered a new form of “painting” decoupled from a traditional hanging canvas. Her ceramic squares rest on the gallery floor, bringing the art form literally down to earth.
Corse eventually returned to her white light paintings. Instead of subtle grid compositions, she began to line her canvases with thick vertical bands in 1996. These stripes are often sandwiched between matte, monochromatic sections which, according to Corse, offer “a sense of reality.”
The Whitney is showing a massive example of this later, “White Arch Inner Band” series, dated 2003, at the entryway to its show. Conaty hopes it brings the exhibition full circle, recalling the thin inner bands that bisect the artist’s early shaped canvases, as well.
Since she graduated from art school, Corse has never had to take a second job to support her practice. She raised two sons and devoted herself to her materials. “I’m not a landscape painter, it’s an internal vision,” she tells Artsy. In California, she’s gotten the space and freedom she needed to find her own influence. Corse says her major interests lie in “where we are as human beings, what we are, where we are. And I think art can be a good expression of that.” Humans and daylight may be transient, but art, at least, persists.
Alina Cohen
Related Stories