Inside the Homes of the Artists Keeping Austin Weird 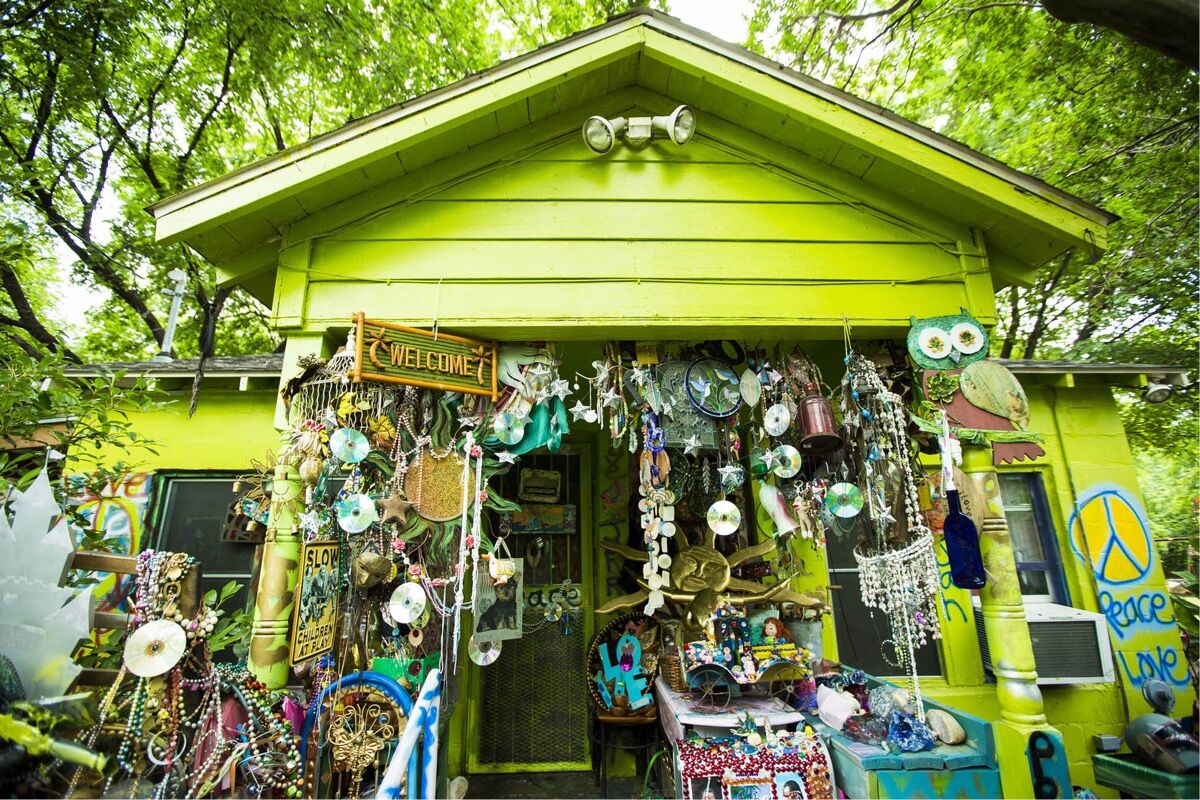 If there’s one thing you learn when you move to Austin, it’s that weird is good. The city has historically attracted creatives from around Texas seeking refuge from the rest of the state’s conservative conformity, and the homes in Austin reflect that. The artists who take up residence here often transform their abodes into magical places, with little to no regard for traditional design rules or trendy aesthetics.
Cathy DeYoung and Miriam Hayes are such a couple. The local multimedia artists have turned their home into a pseudo-museum of Victorian relics and
Pop art
. And, yes, it’s as weird as it sounds. Under a vibrant painting of Jimmy Carter, rendered in orange acrylic by a friend of the couple, is an antique dental examination chair. A glass-topped table customized by Hayes, who is a furniture maker, holds 18th-century gynecological tools. Gritty photographs taken by DeYoung during her days as an LAPD crime scene investigator dot the walls, along with brightly colored papier-mâché and clay monster figurines made by Hayes.
3 Images
View Slideshow 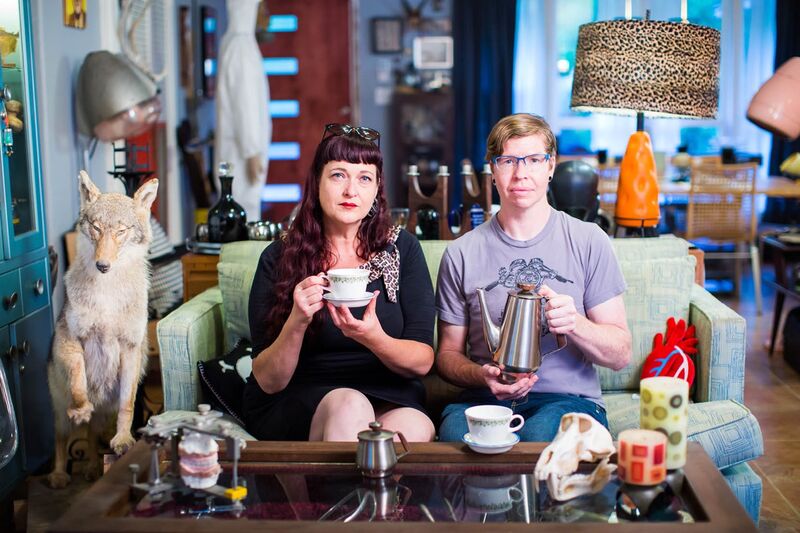 The artists’ home is a refreshing take on the tired truism that beauty is in the eye of the beholder. They love it—and they want to share it. Luckily for them, a local couple named Chelle and David Neff came along and created The Austin Weird Homes tour, and in turn, a book, Weird Homes: The People and Places That Keep Austin Strangely Wonderful, out this year.
Born from their desire to see inside homes like Hayes and DeYoung’s, and to share that experience with others, the Neffs started leading tours through the city’s eccentric residences in 2014.
“When we first came up with the idea, we couldn’t believe someone hadn’t done it yet,” Chelle Neff told Artsy. The concept of the tour is simple—bring people to the strangest homes in Austin and let them wander around, discovering the weirdness for themselves. The homeowners are on hand to answer questions and chat with guests. This is an important part of the tour, said Chelle, since the homeowners are just as eccentric and interesting as their homes. 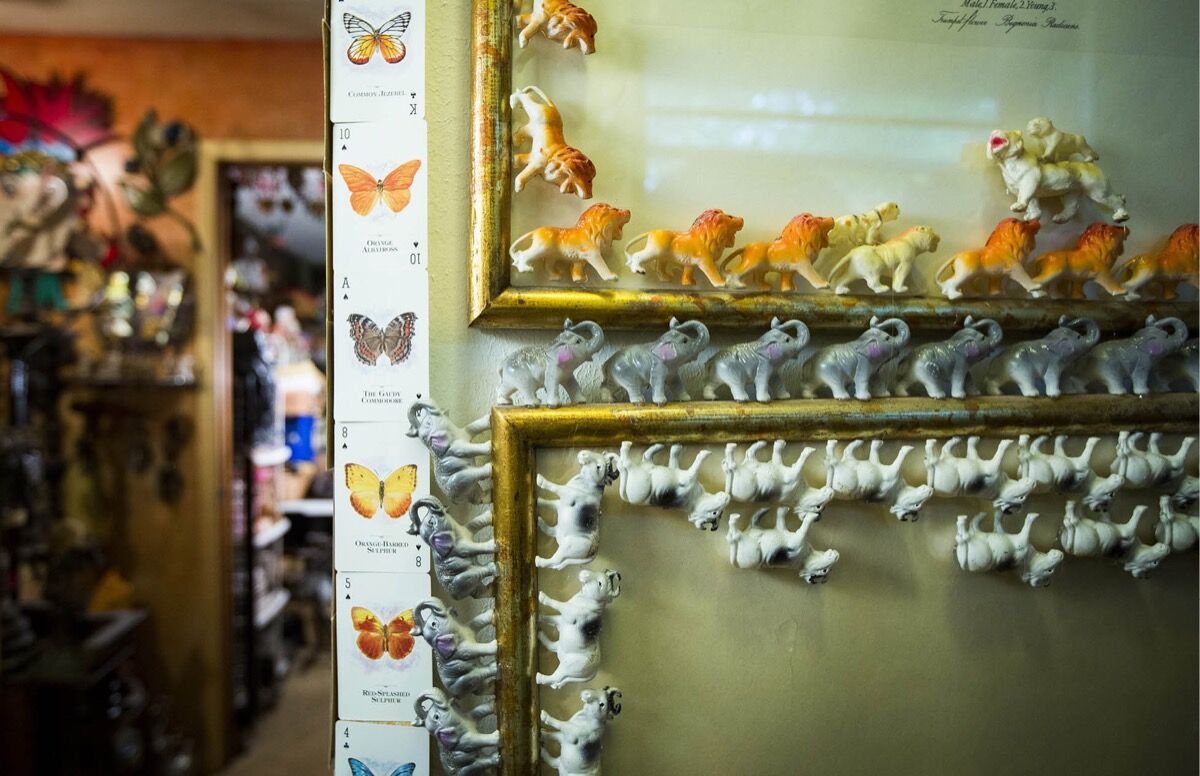 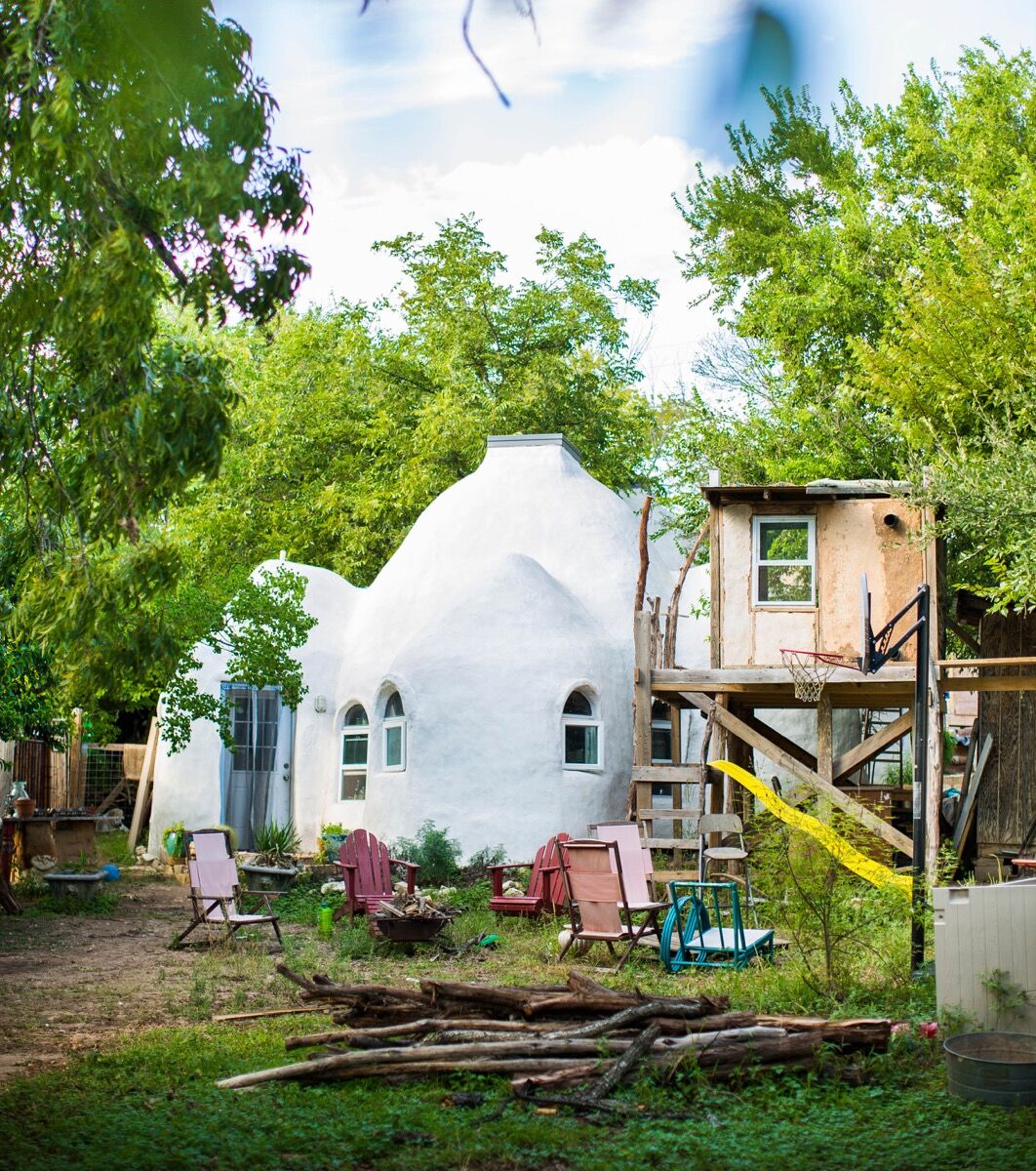 Advertisement
The tour quickly established itself as a favorite of locals and tourists alike. Austin mayor Steve Adler even recognized it as defining the city’s spirit. “What is weird to some is what we call home in Austin. And nowhere is that more true than Austin’s Weird Homes Tour,” he said.
Weird, of course, comes in varying degrees. Many a home in Austin has one or two odd design elements: a bottle tree in the yard, a mysterious spire, or a vintage marquee sign hanging on a façade, for instance. The Neffs require that homes have a significant “weird quotient” in order to be featured in their tour and in the book. There’s no specific aesthetic they look for, just that the entire home be interesting and inspiring. Homes that fit the bill include The Earthbag House, a bright, white, dome-like structure constructed solely of burlap bags filled with local silt; and the home of Steve Wiman, a local antiques and oddities dealer who owns one of Austin’s most beloved home furnishing stores.
Wiman’s home looks like his store, which resembles the oil palettes of
Rembrandt
or
Vermeer
come to life. With a graduate degree in painting from The University of Texas, he now organizes the objects and art in his home and his store based on “color stories.” These tend to be two or three colors and their corresponding tints and tones, which inspire incredibly detailed and
Baroque
-esque displays and rooms. The bedroom in Wiman’s house, for example, has a breezy color scheme of turquoise, white, and yellow. Cream curtains, strung up with rope, are reminiscent of a sailboat. The shiplap walls are painted turquoise, and all of the decor in the room plays off of this hue. When I ask him how he went about choosing these colors, Wiman points to a tiny four-by-eight-inch collage on the wall. “That was the inspiration for the entire room,” he says.
4 Images
View Slideshow 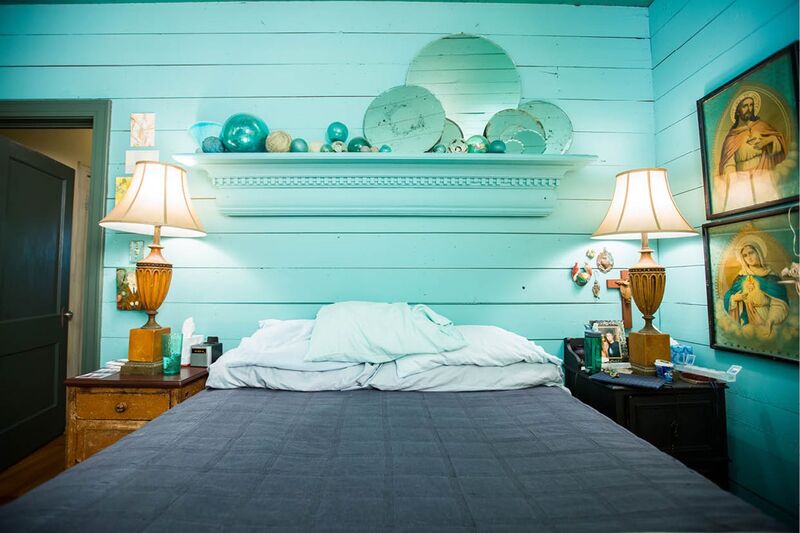 Uncommon Objects, the shop Wiman owns, is equally beautiful and bizarre. Its prime location on South Congress Street, a hip shopping district that has boomed in recent years, made it a popular tourist destination. Unfortunately, people mostly came to look, not buy. And as the street became more popular, Wiman was forced to find a new location for the shop. It has since reopened in a less touristy part of town.
In this way, Austin’s “weirdness” is a double-edged sword. The music, art, and homes that make the city so wonderful to visit and live in also make it hard for the very people who make it weird to afford to live there. Recognizing this, the Neffs sought to capture the homes on the tour and preserve them in their book. (They also donate a portion of the proceeds from the tour to an affordable housing non-profit called Foundation Communities.)
Three of the 20 homes featured in the book have already changed hands, including Hayes and DeYoung’s. The couple moved to the countryside, about 40 minutes outside of Austin, last year, to buy a piece of property where they recreated their weird home, safe from being priced out of town. Now, all they have to do is convince the Neffs to extend their tour outside of Austin to include them again.
Kate Groetzinger
Related Stories

9 of the World’s Weirdest Museums 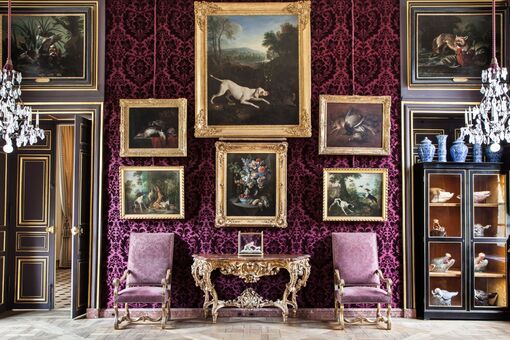 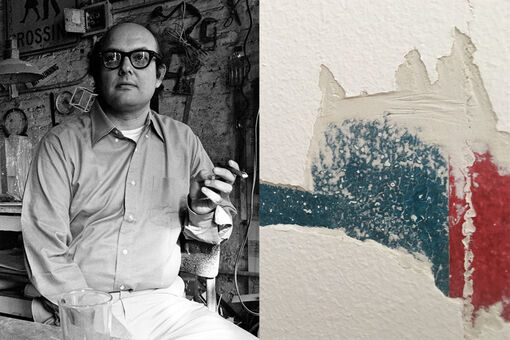 A Houston Homeowner Is Uncovering a Painted-Over Sol LeWitt on Her Wall—but She Doesn’t Own It
Isaac Kaplan
Jan 16, 2018 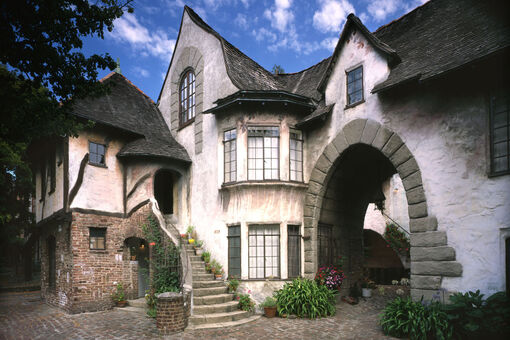