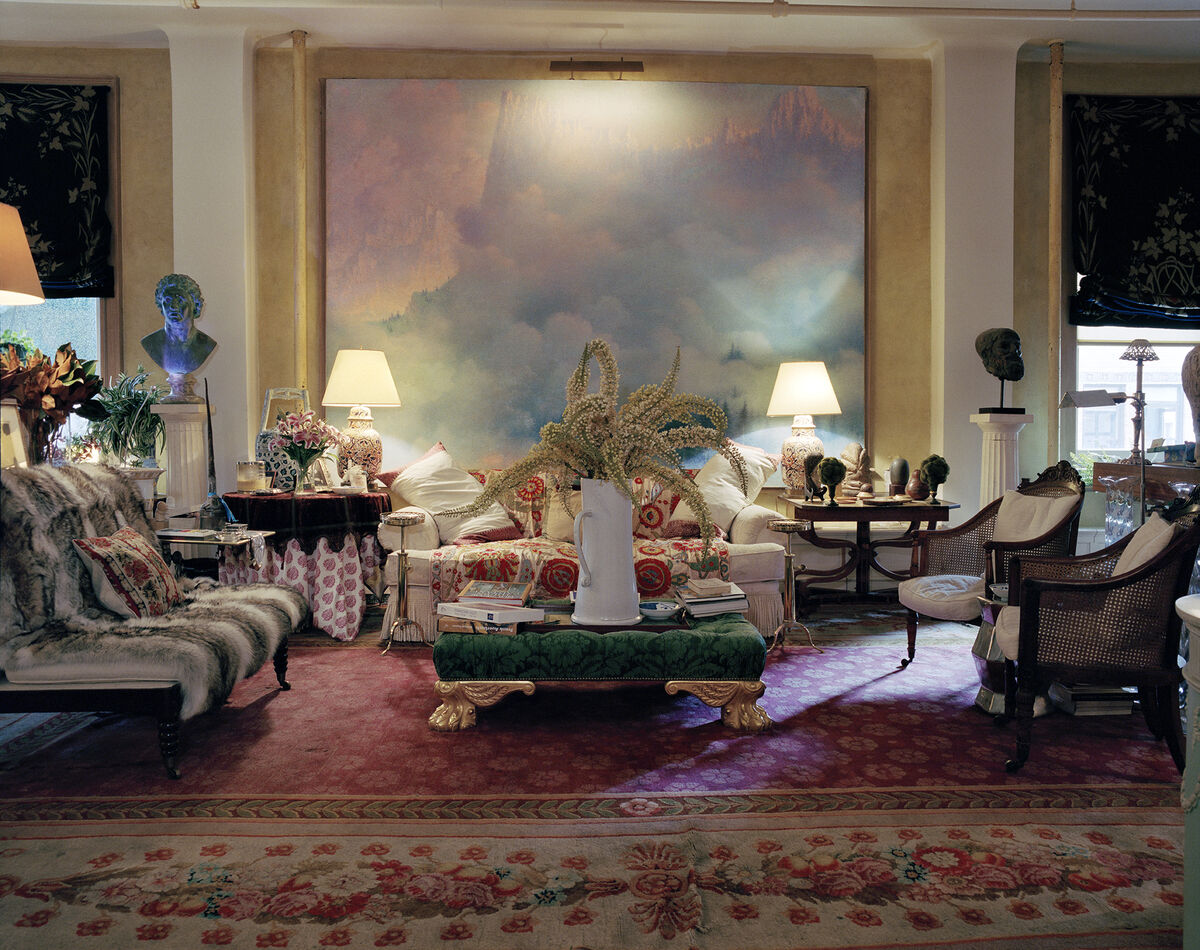 When John Richardson died last year at the age of 95, he left a lot of art behind. Best known for writing the definitive biography of his friend
Pablo Picasso
(three volumes of which have been published, and the fourth, which Richardson was working on at the time of his death, is expected to posthumously come out in 2021), the works of art that the free-spirited historian, curator, and collector amassed weave not only a tale of art history, but one of remarkable friendships that spanned some seven decades of modern art history. More than 50 works from Richardson’s collection, all once housed in his downtown Manhattan loft, will be auctioned off at Sotheby’s in a series of sales starting next month, and the anticipatory buzz has prompted many to re-explore his life.
A screen-printed
Warhol
portrait of Mick Jagger inscribed “To John R.” will kick off the auctions (it’s estimated to sell for a figure between $25,000 and $35,000), followed by a suite of Picassos,
Braques
, a
Lucian Freud
self-portrait, and others. There’s a massive turn-of-the-century
Symbolist
masterwork by
Lucien Lévy-Dhurmer
that served as the centerpiece to Richardson’s living room, which collectors began calling and inquiring about as soon as they heard Sotheby’s would be selling the collection. It has a pre-sale estimate of $150,000 to $250,000. A portrait of Richardson painted by Freud that was on view at Sotheby’s New Bond Street Galleries in London in July will be making its way to the National Portrait Gallery rather than the auction block. 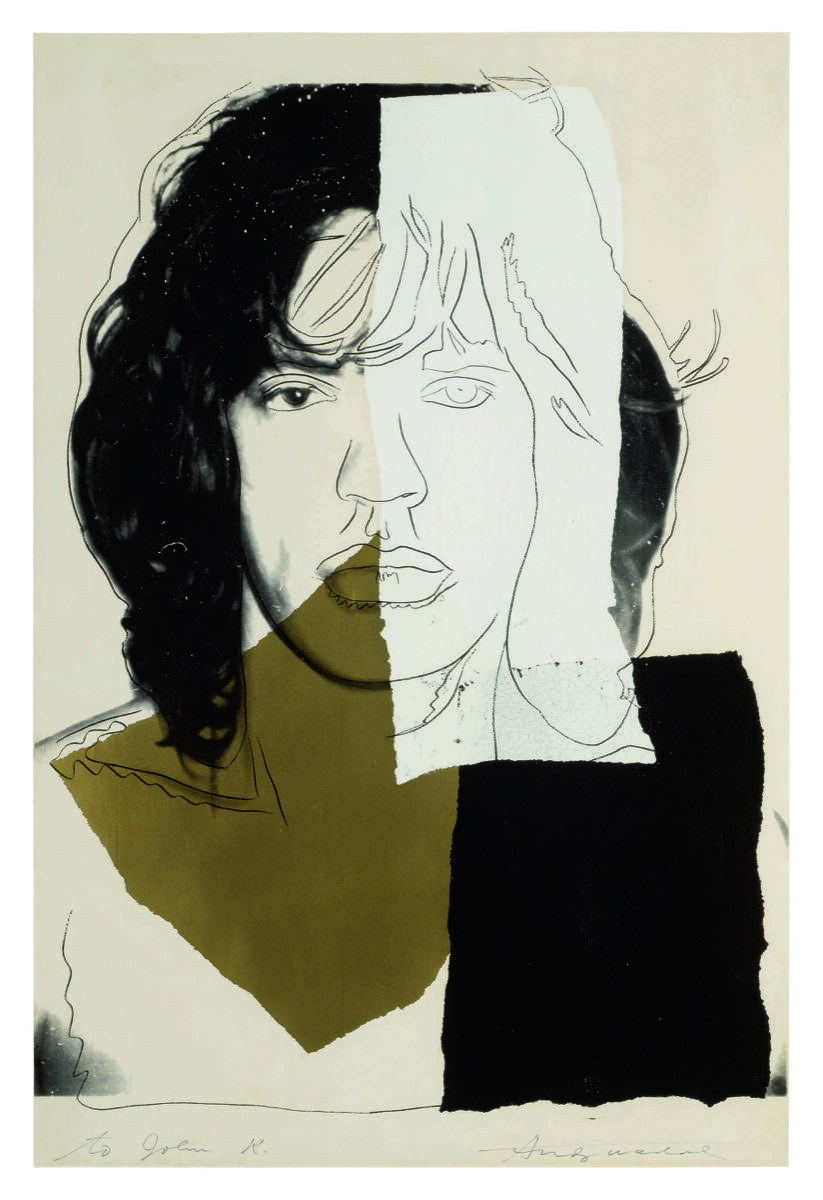 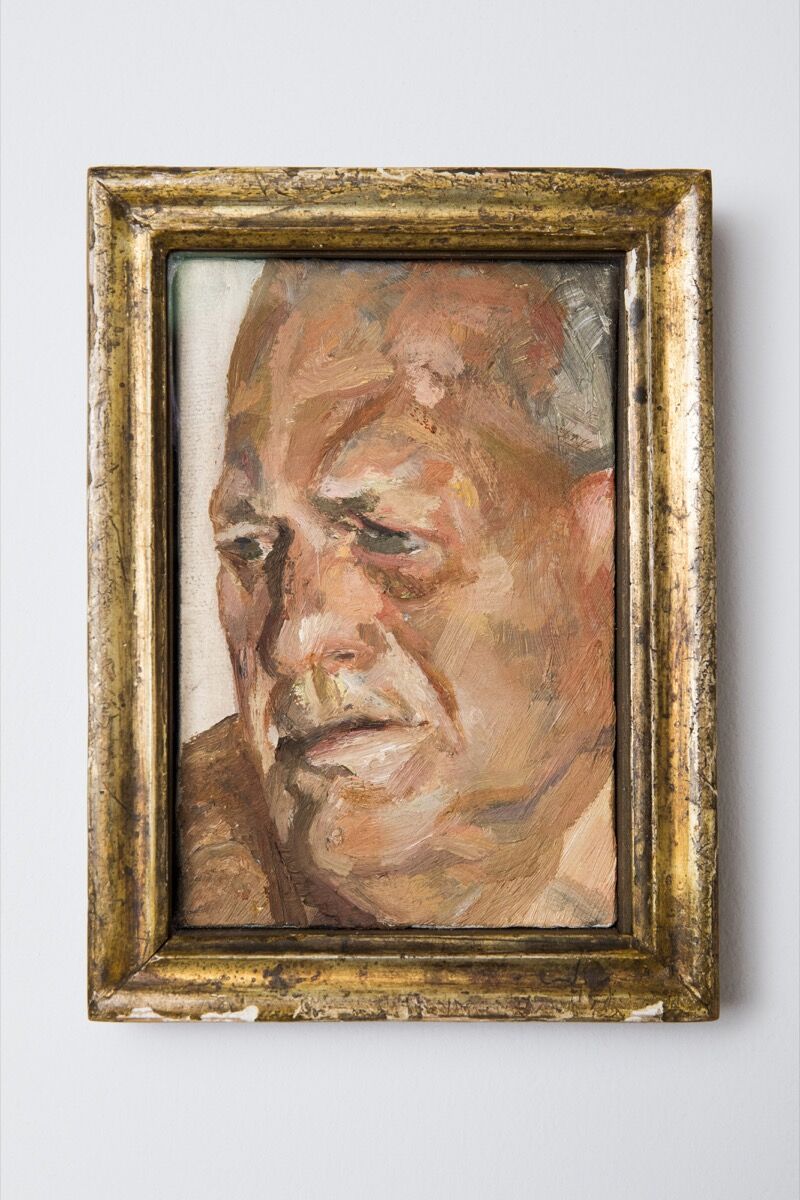 The Jagger portrait isn’t the only work inscribed to Richardson. “There are two inscribed works by Braque, the Warhol print of Mick Jagger,
Frank Stella
inscribed a print to him, Picasso did obviously,
Miró
too,” explained Ben Doller, chairman of the Americas at Sotheby’s. “These artists really respected and liked John. These are not painters who would do that unless they really meant it.”
The friendships Richardson forged with artists were not mere patron-and-artist relationships, but the real deal. He was an usher at
Cecil Beaton
’s memorial and delivered a eulogy at Warhol’s funeral. (Richardson once told The Guardian, “Every Christmas I got a little painting [from Warhol]. I got one of the ‘Skulls,’ which now go for an awful lot of money; I got one of the abstract ‘Shadows’; I got a huge ‘Venus’ from that series.”) His likeness was captured in portraits by
David Hockney
,
Jenny Saville
, Freud, and Warhol, among others, and, most famously, despite a more-than 40-year age gap between the two, his friendship with Picasso was a deep one that spanned decades. 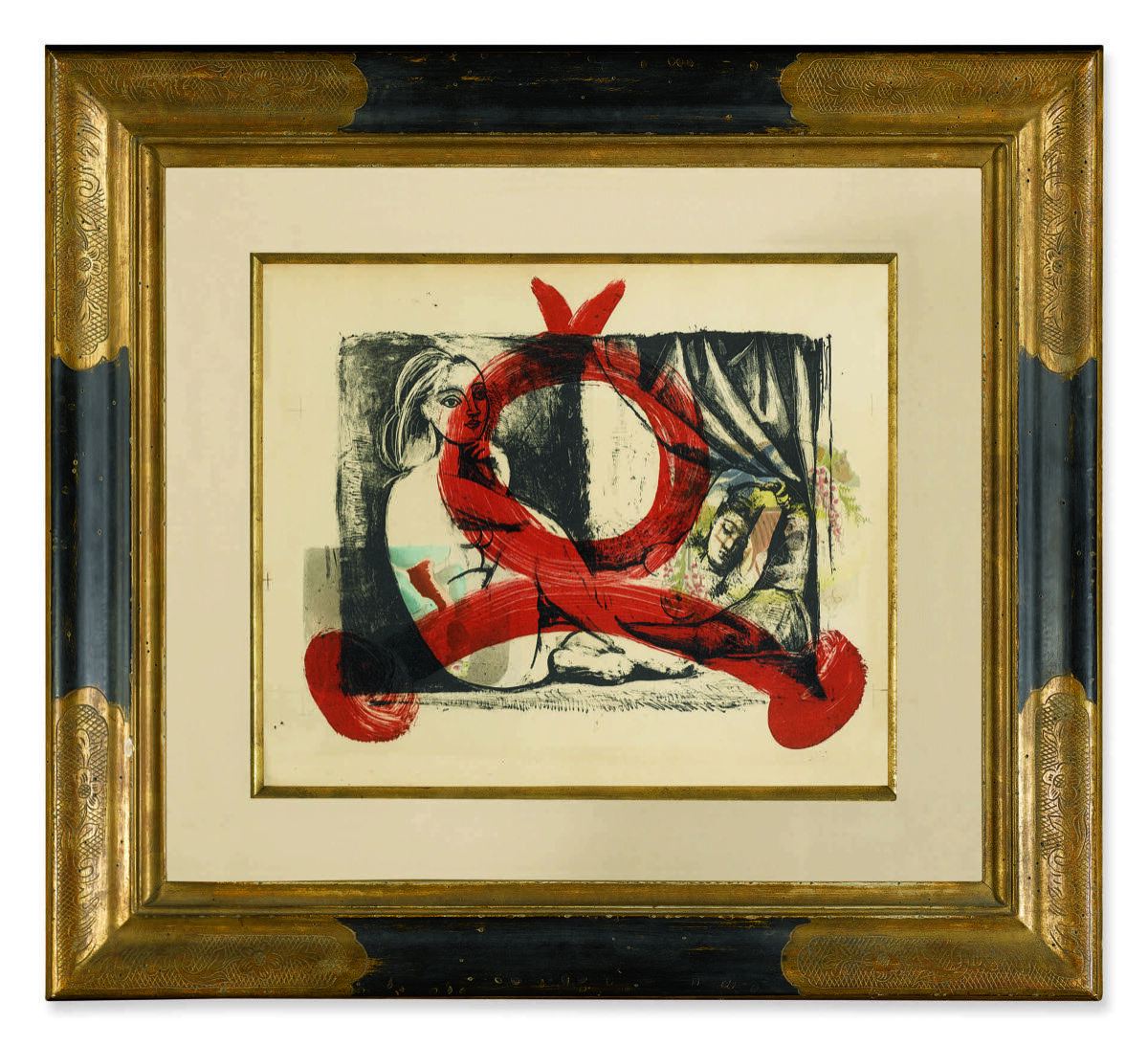 Advertisement
He was born in London in 1924, to Wodehouse and Patty Richardson. Wodehouse—a quartermaster general in the British Army who went on to help found the Army and Navy Store, a London-based department store chain—was 70 when John was born. (Wodehouse was knighted by King Edward VII, son of Queen Victoria, while John himself was knighted in 2012 by Edward’s great-granddaughter Elizabeth II.) Wodehouse died when John was only 5, and at 13 John left for Stowe, a tony boarding house in Buckinghamshire, England, known for its expansive, classical architecture.
“The magnificence of the buildings [at Stowe]—the central building, Stowe House, is one of the largest and stateliest of British houses—made up for the degradation endemic to all boys’ schools of the period,” Richardson wrote in John Richardson: At Home (Rizzoli 2018), a massive book in which the collector discussed in great detail nearly every space in which he had ever lived. “Stowe’s greatest advantage, for me at least, was its progressive art school,” he continued. “I will always be grateful to them for introducing me to such avant-garde art magazines as XXe Siècle, Verve,and Minotaure, which enabled me, from the ages of 13 to 15, to understand and keep up with what the masters of the School of Paris were doing. Besides triggering an obsession with Picasso and
Matisse
, these magazines encouraged me to dabble in modern art.” 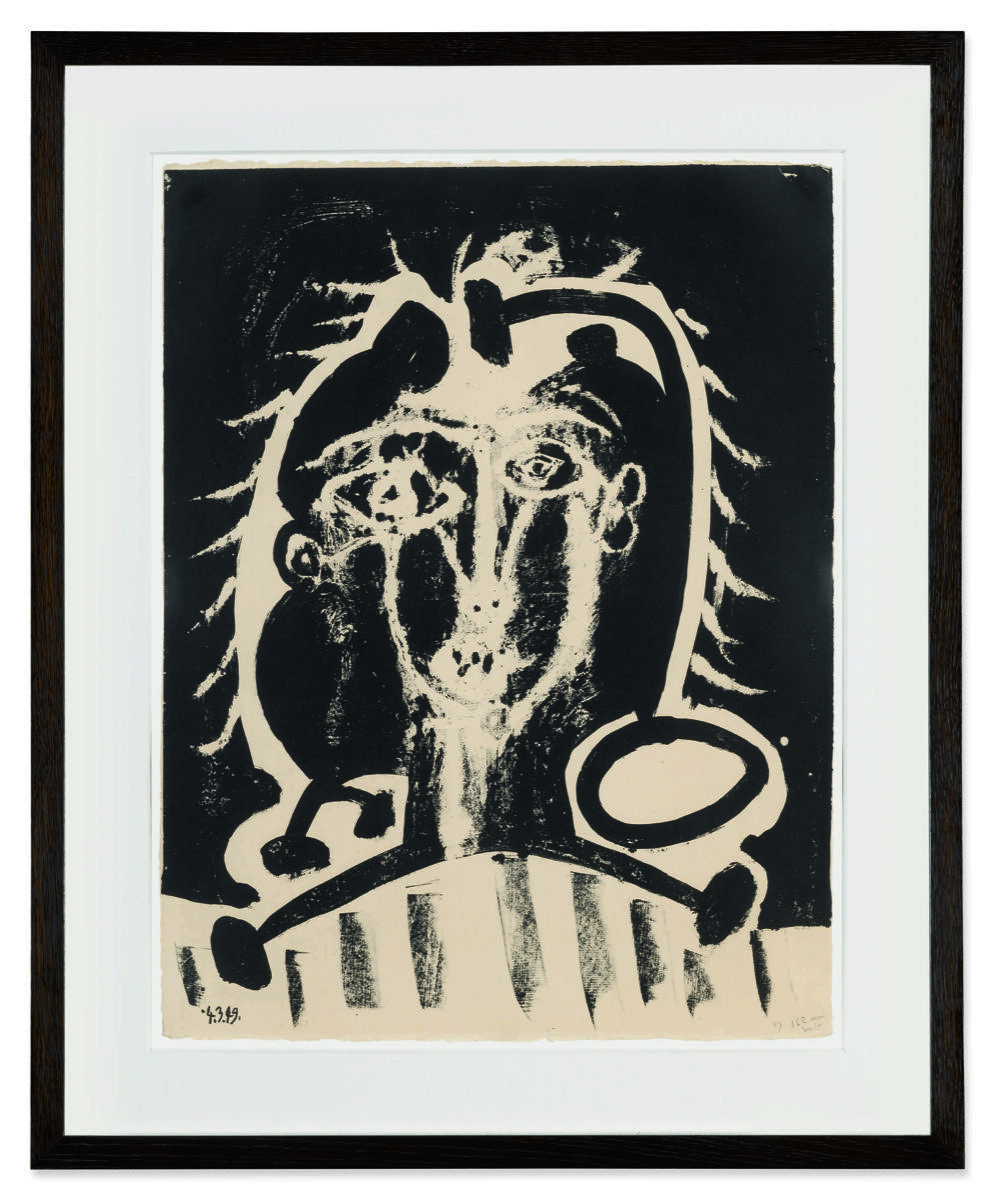 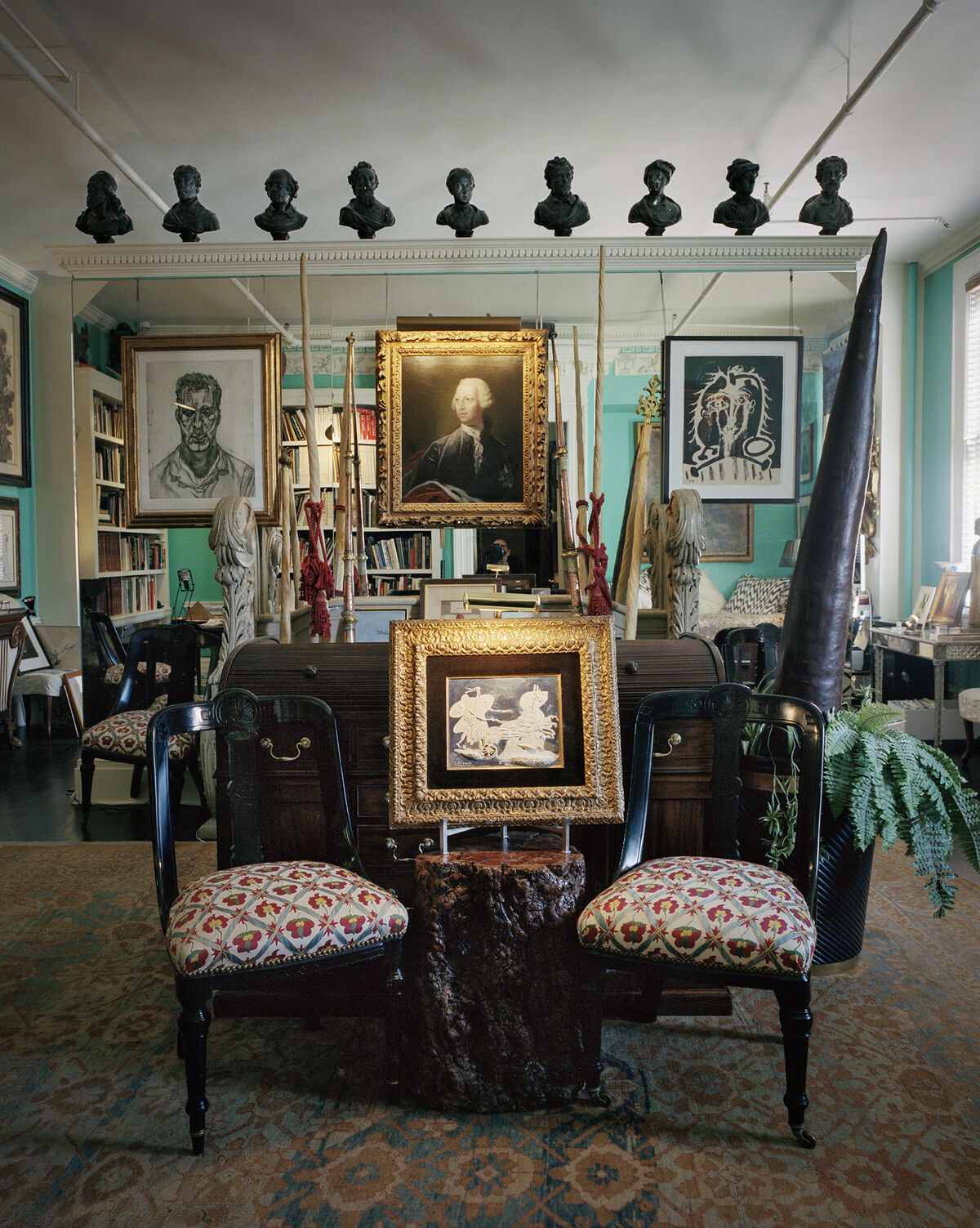 After Stowe, Richardson was drafted by the British Army to fight in World War II, but was quickly discharged after catching a rheumatic fever. Following the discharge, he went off to London to live with his mother, sister, and brother, and eventually enrolled in the Slade School of Fine Art in Oxford, where it had relocated from London due to the war. In 1948, the wealthy and prolific collector Douglas Cooper—who was 13 years John’s senior—introduced a then-24-year-old Richardson to Picasso, a moment that sparked two pivotal relationships in the young historian’s life.
In 1950, Cooper purchased a 6,000-square-foot, 13th-century château in southeastern France between Avignon and Nîmes, and the following year, he and Richardson were living in it together. The two filled the home with artworks, and planned a full calendar of soirées. “Our favorite visitors were Pablo Picasso and his second wife, Jacqueline, who would come for lunch before, or dinner after, the local bullfights,” Richardson wrote in At Home. “The great man seldom arrived empty-handed, which made his visits doubly welcome. Indeed, his presents often took the form of something Douglas or I had admired in the studio. If Picasso felt less generous, he would bring a kilo of caviar.” Picasso even painted a suite of murals on the property. In the book’s introduction, Richardson points to the decade he spent here as his most formative years, writing: “Without question the château was the most important house in my life.” 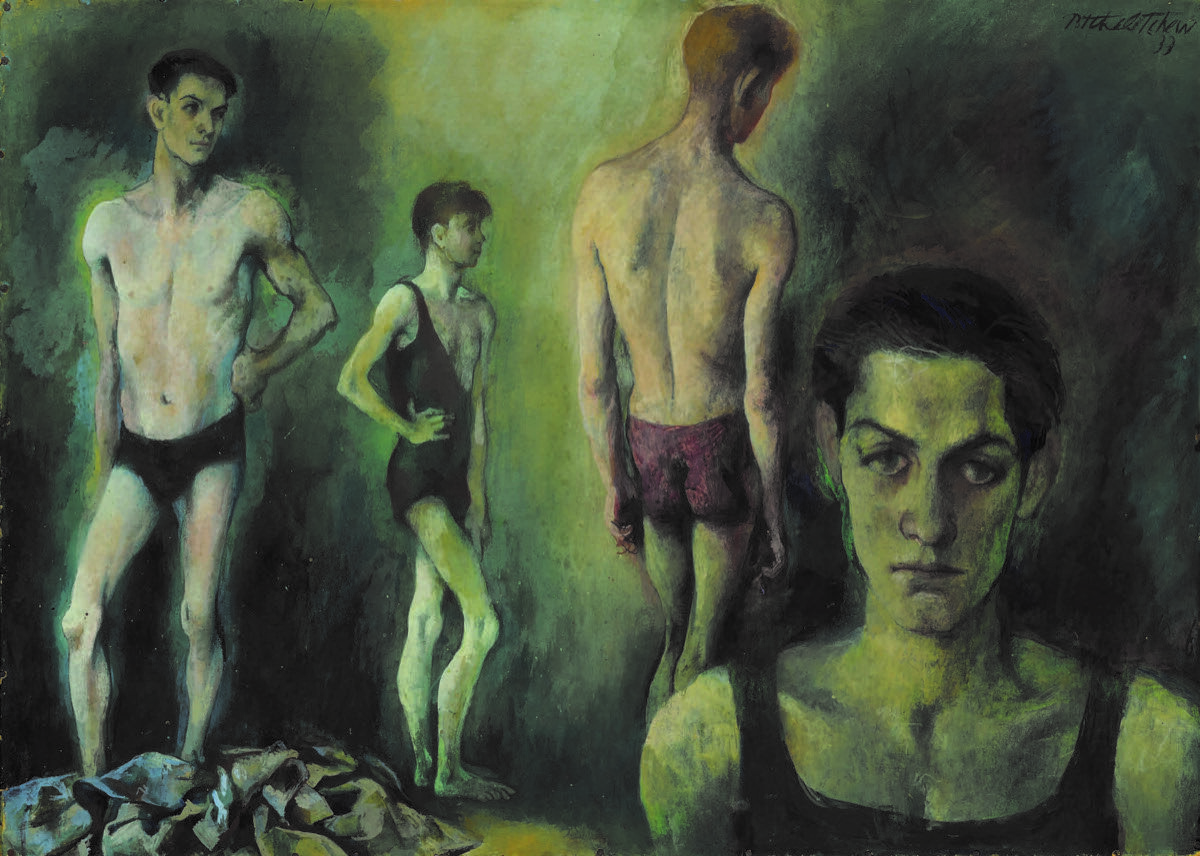 In 1960, his relationship with Cooper ended, and in ’61, Richardson moved to New York, where he purchased the ground floor of a pink brownstone on East 75th Street for $12,500 with money he raised by selling “a very early, very minor Picasso.” In 1962, he organized a Picasso exhibition in the city with such bulk that it had to be spread across nine galleries. It was in curating this show that he had the idea to begin writing a biography on the Spanish master, but it would be nearly 30 years before the first volume would be published. It was also around this time that Richardson befriended Warhol, and the New York art world followed. “When I met Andy he was still living with his mother,” he once told the New York Times.
Soon thereafter, Christie’s hired Richardson to open its New York office, and he worked for the auction house until 1973, when he left and took charge of 19th- and 20th-century painting at Knoedler Gallery. He then went on to work for an art investment fund, but abandoned dealing in the 1980s to pursue writing.
In 1995, he moved from East 75th Street into a loft one block from Union Square, at Fifth Avenue and East 15th Street, which became home to the museum-caliber collection now headed to Sotheby’s. “The loft was just a big open space when he moved in,” said Doller. “John put in the walls and the pediments over the doors. He formed it into something like an English country house at the upmost level of chic.” 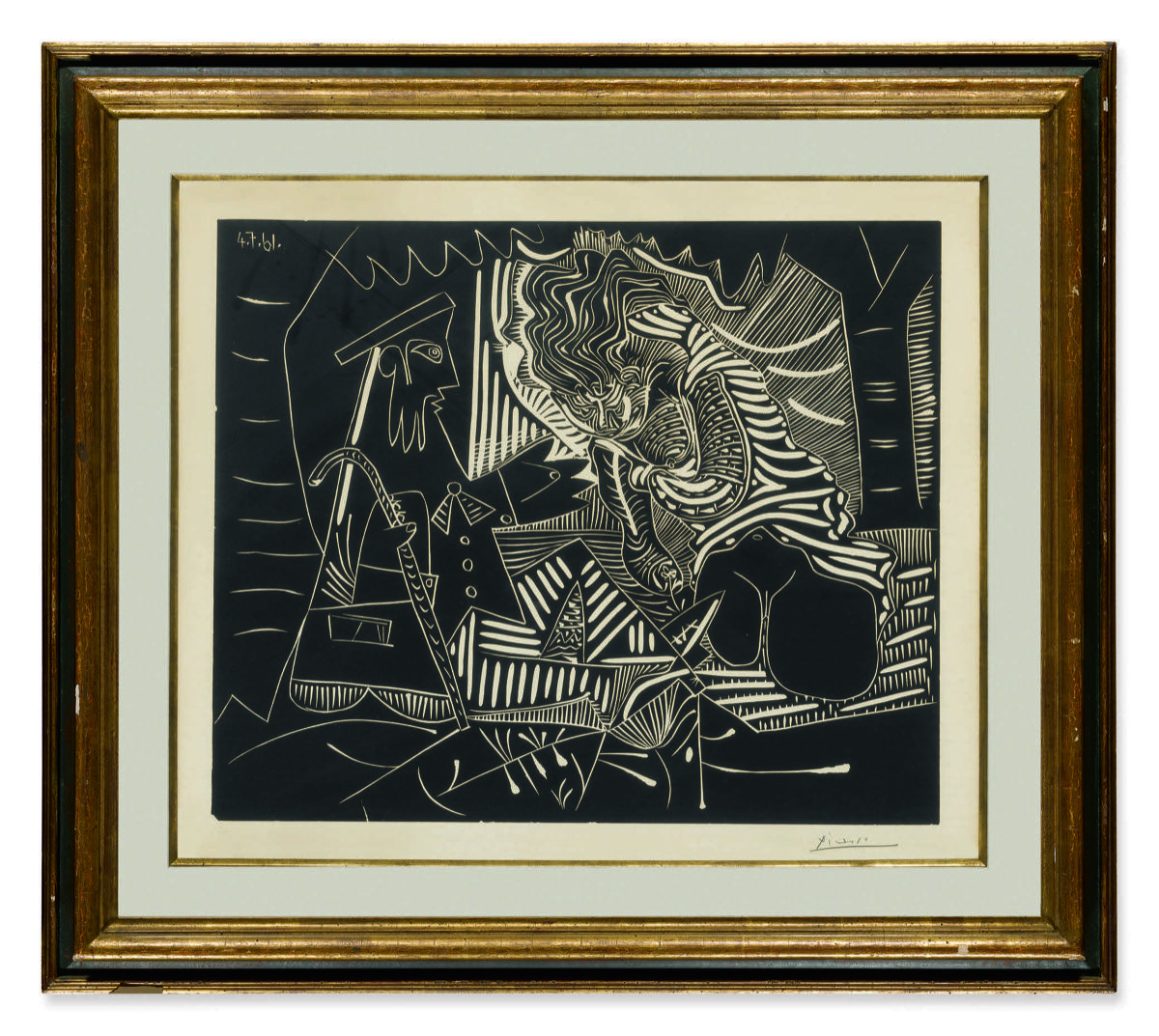 He split his time between the loft and a home in Connecticut he purchased in 1975 from a friend who had bought it for her horses, only to find out that her husband was allergic. In 2018, he sold the Connecticut home and moved to the loft full-time, bringing the rest of his expansive art collection with him. An online sale of furniture and decorative items from the loft will be organized by Stair (an auction house based in Hudson, New York) to correspond with next month’s Sotheby’s sales.
“There was nothing in the loft that didn’t have a reason for being there,” said Doller, “and there were layers and layers of things. They all meant something to John.” And so it is that the late Richardson, a most unusual collector and character, lives on in the form of a collection as wide-ranging and thoughtful as the man himself. “So diverse are the things that have come my way that I had to make a virtue of necessity and mix them all together—same as I do with my friends,” wrote Richardson in At Home. “The jumble works, at least for me, but then I’m a bit of a jumble myself.”
Wallace Ludel
Related Stories