Inside the Race to Perfect the 3D-Printed Home 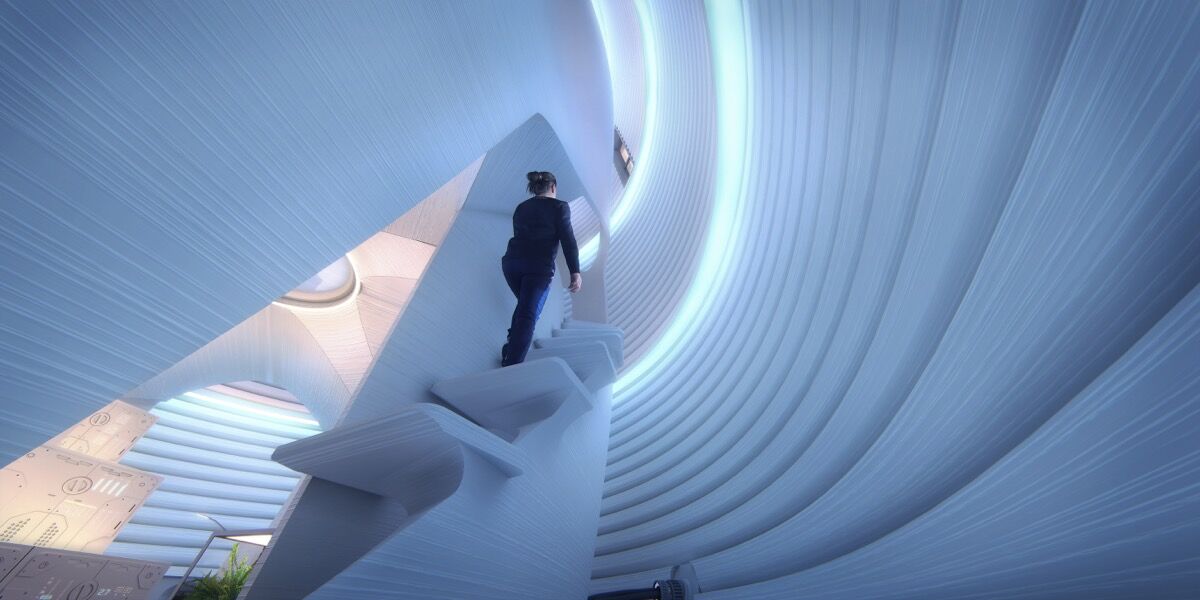 In the mid-2000s, when 3D-printing technology hit the mainstream, the possibilities seemed endless. Just before the turn of the millennium, the first bioprinted human organ—a bladder—was successfully transplanted into a patient. Large-scale 3D printing was achievable by 2000, and five years later, the first at-home 3D printer was released. In 2013, former U.S. president Barack Obama declared in his State of the Union address that 3D printing “has the potential to revolutionize the way we make almost everything”—including noble initiatives like affordable prosthetic limbs, as well as wider accessibility to controversial items, such as 3D-printed guns. A new era seems to be taking shape, one perhaps more like the science fiction world of Neal Stephenson’s 1995 novel The Diamond Age, where the code for nearly anything can be downloaded and printed.
Particularly in design, there have been significant strides in 3D-printing houses. Chinese company WinSun was the first company to build a 3D-printed home, and in 2013, it printed 10 in a 24-hour period. The homes still required human assembly: The walls were printed in the company’s Suzhou factory and transported to their respective sites. Last year, San Francisco startup Apis Core successfully built a low-slung dwelling in Russia on location in a day, costing around $10,000. 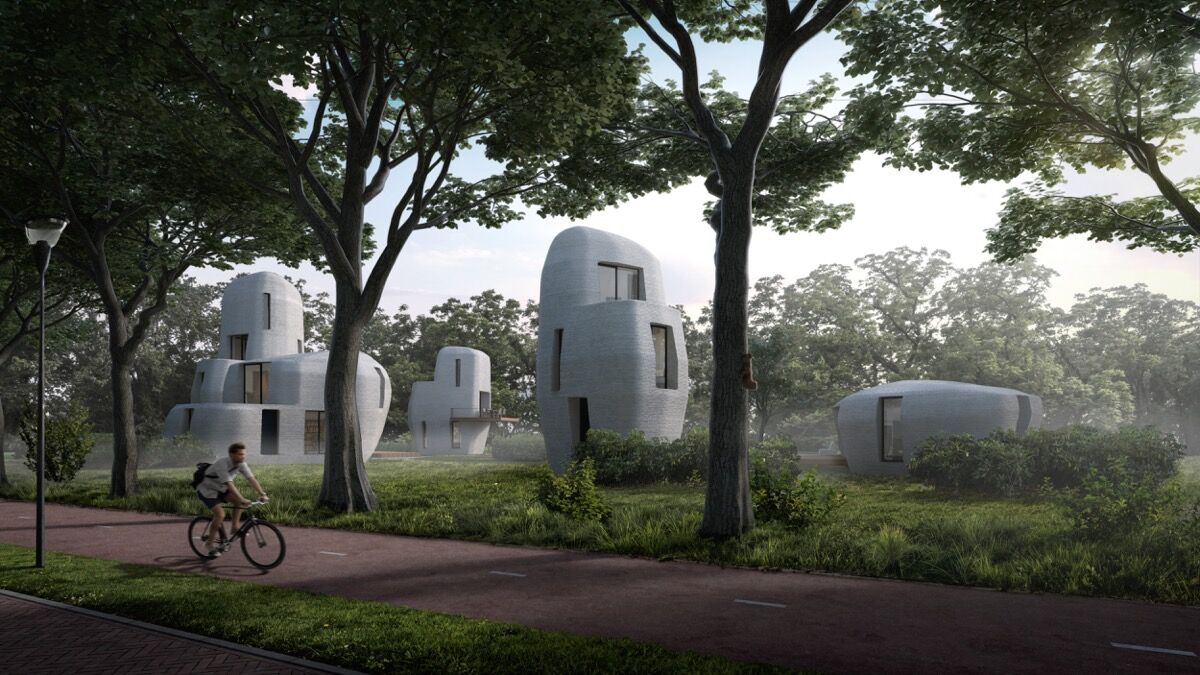 Like the automotive industry, where individual car parts can be 3D-printed cheaply, housing can benefit from partially printed construction, too. This year, the city of Dubai mandated that within seven years, a quarter of every new building must be 3D-printed; in addition to cutting costs, it would minimize the number of construction workers needed, in a country with a horrendous history of labor abuse. (Dubai, it’s worth noting, already has the first 3D-printed office building, courtesy of WinSun.)
Whether or not the city’s goal is achievable remains to be seen. While there are a ton of benefits to the technology—printers can create any shape and combine any number of materials, such as sand, concrete, and fibers, into “ink”—it’s still in its infancy. The pioneers of the business are also still getting over the hurdles of building a single-story home in a way that’s time- and cost-effective. This summer, a family in Nantes, France, had the honor of being the first family to inhabit a 3D-printed residence, called the “Yhnova” project. While it only took 54 hours to print the house, it took an additional four months to add the windows, doors, roof, and appliances. It cost about $232,000 to build, which the BBC estimated is about 20 percent cheaper than a comparable non-printed home.
Amid all of the various startups and institutions throwing their printers in the ring, the overarching vision has seemed to be a bit of a toss-up. Who will it help? Is it a realistic and sustainable construction method that can scale up? Through examining the existing projects and new developments, we’ve identified three different goals of the industry that have taken shape, shared below.

Sheltering the most vulnerable 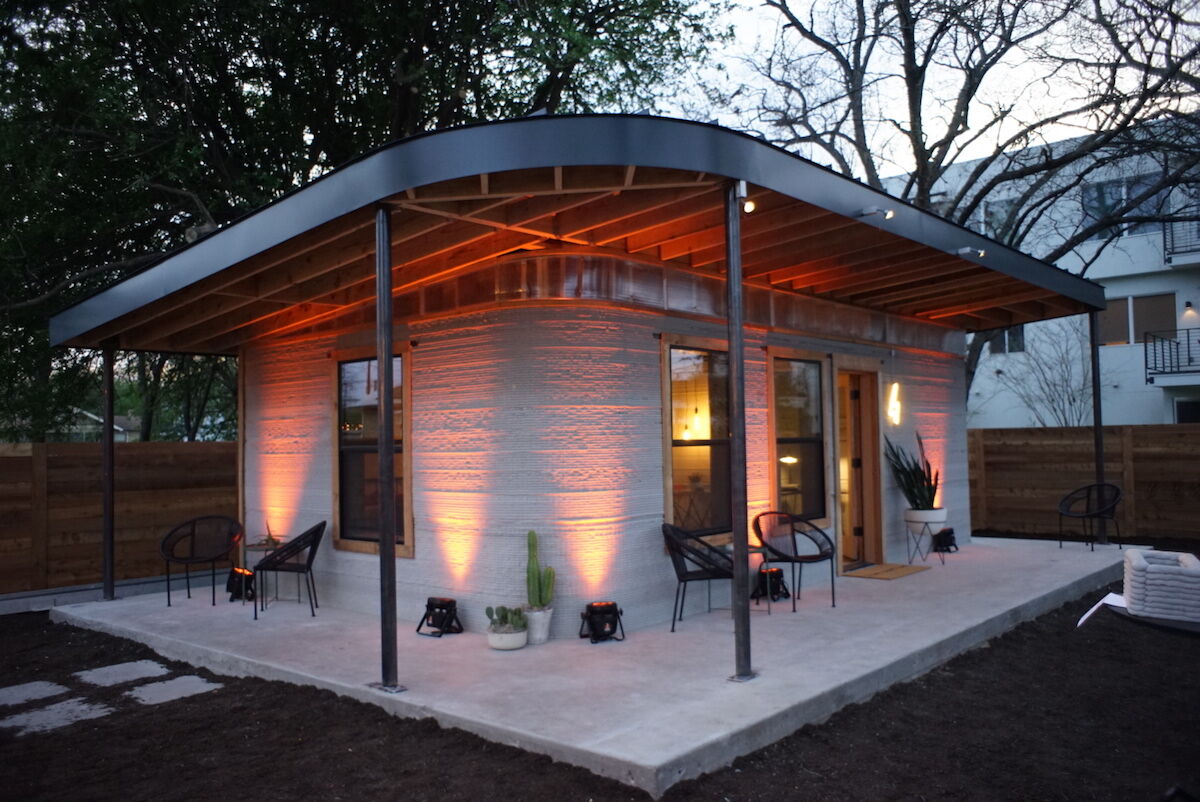 Advertisement
Housing nonprofit New Story and tech startup Icon are at the forefront of the initiative to use 3D printing to provide homes to the world’s poorest people. New Story, based in San Francisco, has built more than 850 houses worldwide in three years, but its founders wanted a faster process. Business Insider reported that without 3D printing, it took the nonprofit eight months to build 100 homes, and each had a price tag of $6,000.
New Story began working with Icon, whose Austin-based team designed the Vulcan, a mobile printer that can be taken to developing countries, and function even where electricity is scarce. In March, a prototype of the printer, running at a quarter of its projected speed, made a 350-square-foot home in 48 hours out of a mixture of cement, sand, and plasticizers, costing $10,000; it featured a living room, bedroom, bathroom, and office space.
New Story has reported that, at full capacity, the printer will be able to execute a 24-hour print of a 600- to 800-square-foot home, costing $4,000. Next year, the nonprofit will take the Vulcan to El Salvador to print a series of houses; ultimately, it hopes to reduce global homelessness. Icon, with the same goal, just received $9 million in funding to further its 3D-printing tech.

Printing homes allows freedom in design, removing barriers from the construction process that limit what a building can look like. “You could print a house in the shape of a Fibonacci spiral if you wanted to,” Jason Ballard, co-founder of Icon, told Wired. “It’s just as simple as printing a square.”
This fall, architectural startup Branch Technology is utilizing multiple 3D printers to construct the winning design of a competition it held in 2016. Curve Appeal, conceptualized by architecture firm WATG, is just what it sounds like: a swirling design with undulating interiors that spiral into almost tornado-like support beams. It shows off the capabilities of what Branch’s robots can do, utilizing a new design method that involves lattices instead of solid layers. The pieces are being printed off-site and assembled into a 1,000-square-foot building at Chattanooga State Community College in Tennessee. It will take up to four months to build, plus up to six weeks to install, and it’ll cost a hefty $300,000 to $400,000, excluding plumbing, appliances, and furniture.
Another innovative design project is underway in Eindhoven. Project Milestone is a five-year initiative implemented by Eindhoven University of Technology, architecture firm Houben & Van Mierlo Architecten, construction company Van Wijnen, and the city government, among others. The renderings of the future five-home neighborhood resemble a sleek version of Stonehenge, or the rock circle of Outlander’s Craigh na Dun. The project leaders hope 3D printing will be the answer to a shortage of bricklayers, but it’s also a way to flex their design muscles.
“We like the look of the houses at the moment as this is an innovation and it is a very futuristic design,” Van Wijnen manager Rudy Van Gurp told The Guardian. “But we are already looking to a take a step further and people will be able to design their own homes and then print them out. People will be able to make their homes suit them, personalize them, and make them more aesthetically pleasing.” The first dwelling, a one-story, two-bedroom residence, will be built in 2019.

Preparing us for deep-space exploration 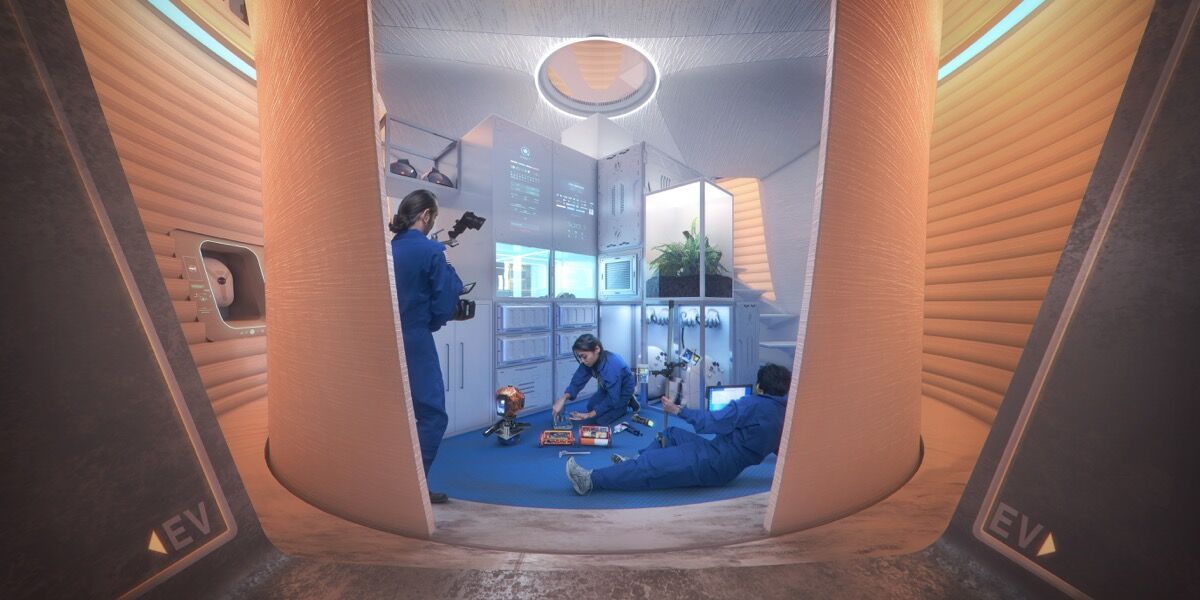 Science fiction novels have long detailed our future colonization of Mars, from the French novel Le Mystère des XV in 1911, to Philip K. Dicks’s Do Androids Dream of Electric Sheep? in 1968, to James S.A. Corey’s ongoing series The Expanse. But NASA’s first manned trip to the red planet is still at least two decades away, and one of the critical factors of its success is having structures already erected on the untenable landscape when the maiden voyagers arrive.
Like the European Space Agency, which has been researching and developing a 3D-printed lunar base, NASA has been eyeing 3D printing for Mars, launching a multi-phase $3.2 million competition in 2014 that sought out designs externally. Renderings from several teams in the 3D-Printed Habitat Challenge were released this summer; currently, some are working on their modeling software and printing materials, according to NASA. In April 2019, there will be a head-to-head print-off between at least two of the teams, AI Space Factory and the previously mentioned Apis Cor, who have partnered with SEArch+. (According to a rep from NASA, teams can participate in the phases of their choosing, and money is awarded at each phase to keep participants incentivized.)

Printing homes on Mars faces its own distinct challenges. The terrain is incredibly difficult to navigate, as the Curiosity rover can attest. It will also be impossible to import materials from Earth; the “ink” materials must be sourced locally from the 3D-printing robots. While other designs feature a printer-rover that will move around as it prints, AI Space Factory’s solution to the rough terrain is to build a stationary printer with an articulated arm that will swing around, layering structures into beehive shapes with a double shell to keep interior temperatures comfortable for residents.
AI Space Factory’s design is particularly interesting because it has a focus on the psychological well-being of the scientists that may one day inhabit it. On its website, the team emphasized that on Mars, “architectures are machines which keep us alive….Structures must be resilient and interior layouts must function around mission demands. But since sustained social and mental health is also mission-critical, space habitats should offer an element of humanity.”
The proposed four-story homes, punctuated by skylights and windows to let in light, have ample space and an airy quality. The residents will have living spaces, science labs, and sleep pods, as well as a gym and a recreational room. And though it may be a long time before the surface of our neighboring planet sees a single human, much less a Martian neighborhood, it seems that the future of our civilization may reside in cozy red-lit housing, printed by robots.
Jacqui Palumbo is a contributing writer for Artsy Editorial.
Related Stories 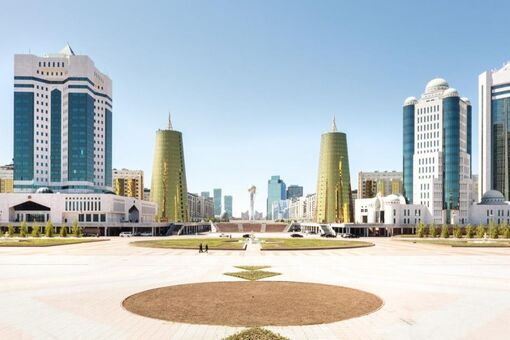 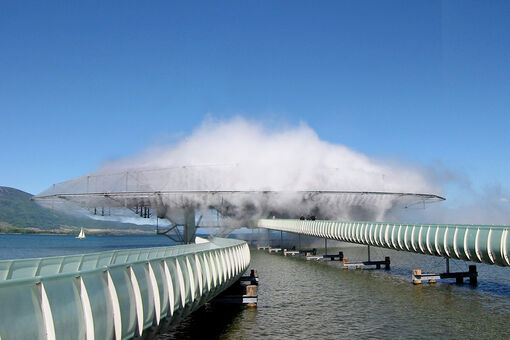