Inspired by Kafka, a Swiss Painter Realizes Her Creative Power in California 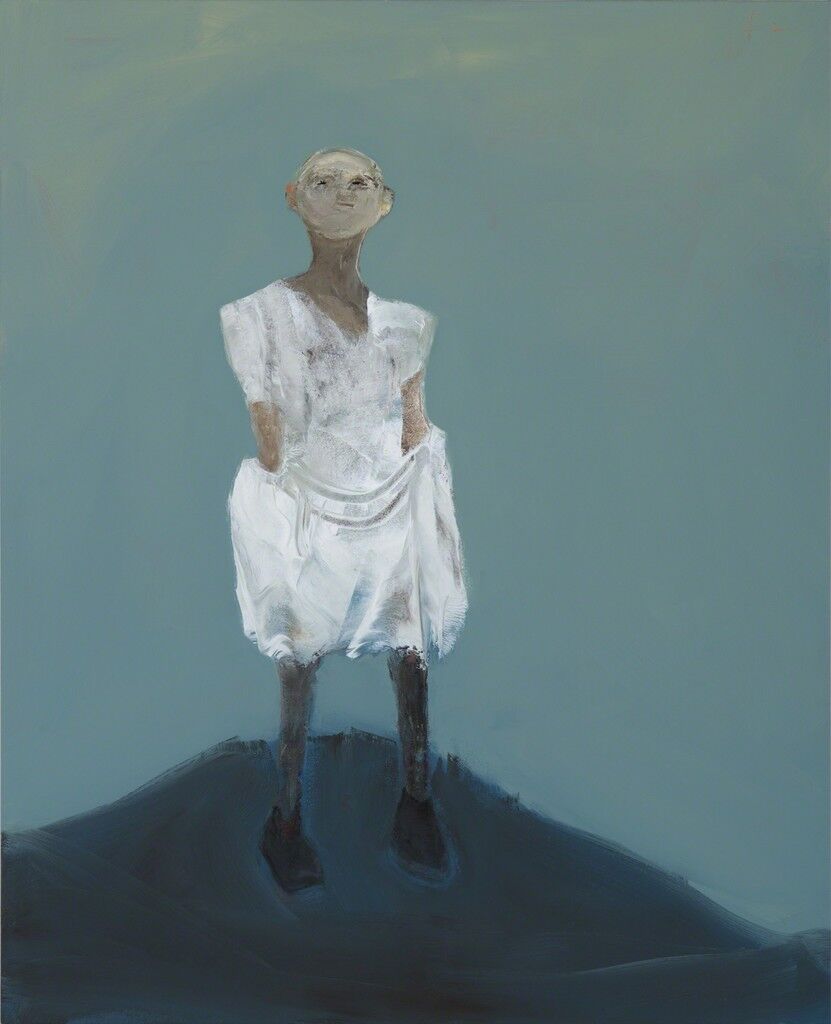 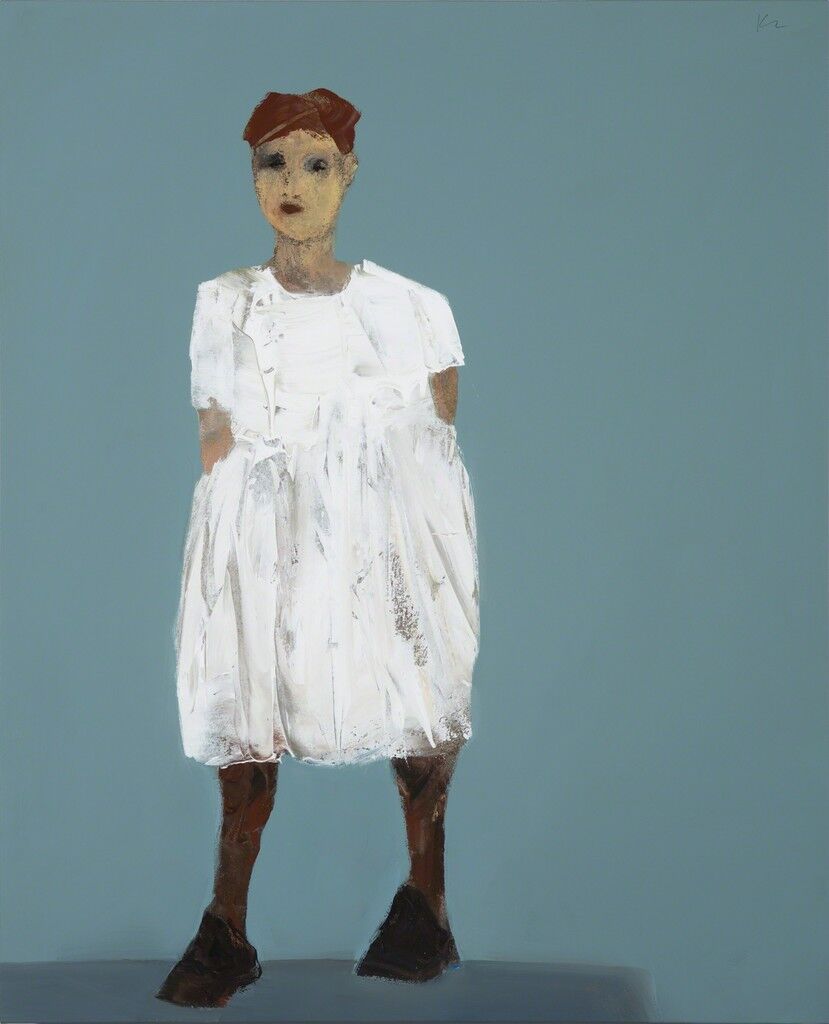 Marianne Kolb
Island Girl, 2015
Sue Greenwood Fine Art
According to painter Marianne Kolb, art wasn't considered a legitimate profession in the rural Switzerland of her youth. And so she didn’t think of herself as an artist, choosing, instead, to pursue a more conventional career path. It wasn't until she was in her mid-twenties, working as a wholesale buyer in Bern, that a literary experience altered the course of her life. It was her first reading of Franz Kafka's Metamorphosis (1915). Kalb identified strongly with Gregor, the out-of-place protagonist, and the book prompted her to leave Europe for the Bay Area, where she apprenticed with a goldsmith and set off working as a jeweler before turning to painting. Her latest canvases—painterly, sometimes jewel-like renderings of lone figures—are the subject of "Moments of Stillness," currently on view at Sue Greenwood Fine Art in Laguna Beach. 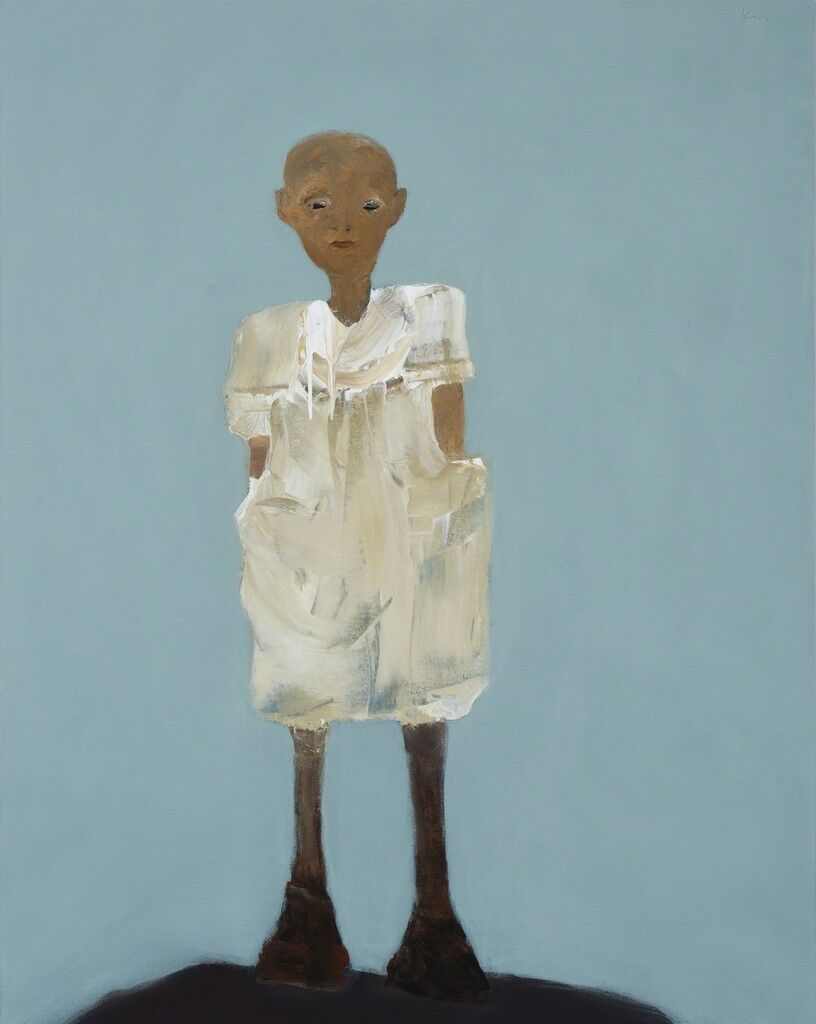 Marianne Kolb
A Moment of Stillness, 2015
Sue Greenwood Fine Art
The show's title is up for interpretation. On one hand, it's a description of the state of Kolb's subjects—each work features a solitary figure, often bald, colorfully rendered but with a blank, expressionless face. They stand against a starkly empty backgrounds, removed from any context aside their own vulnerable humanity. On the other hand, “Moments of Stillness” could be read as an explanation of Kolb's practice and the way painting gives her peace of mind. As she’s written, “I don’t know what I feel and think until I paint. Painting is my only means of bringing each day about—making peace with myself and creating a place in which I fit into.” 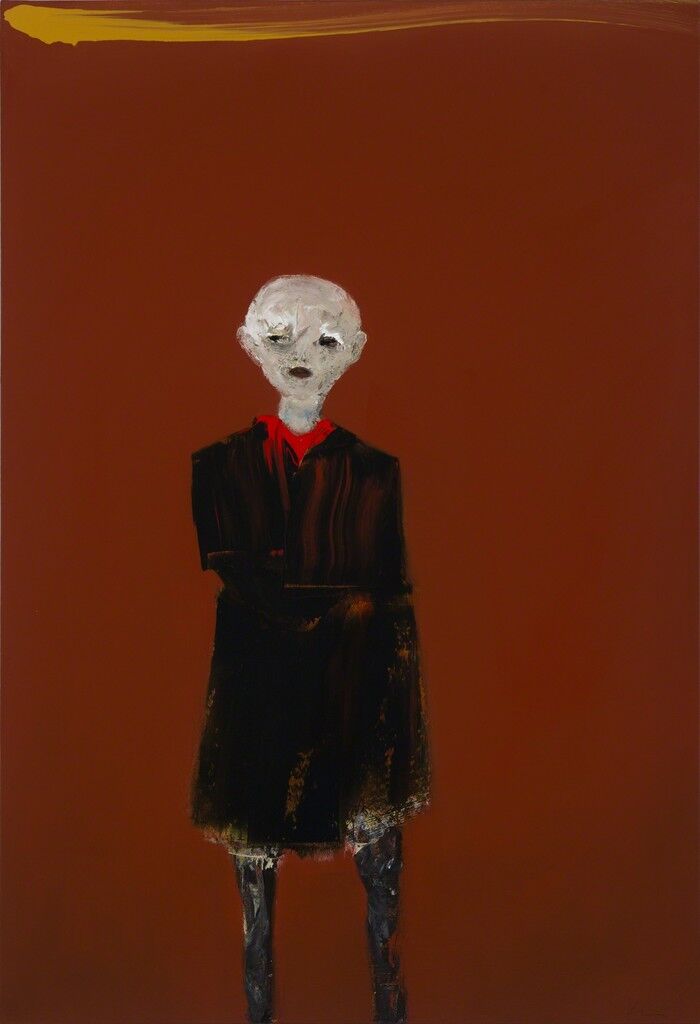 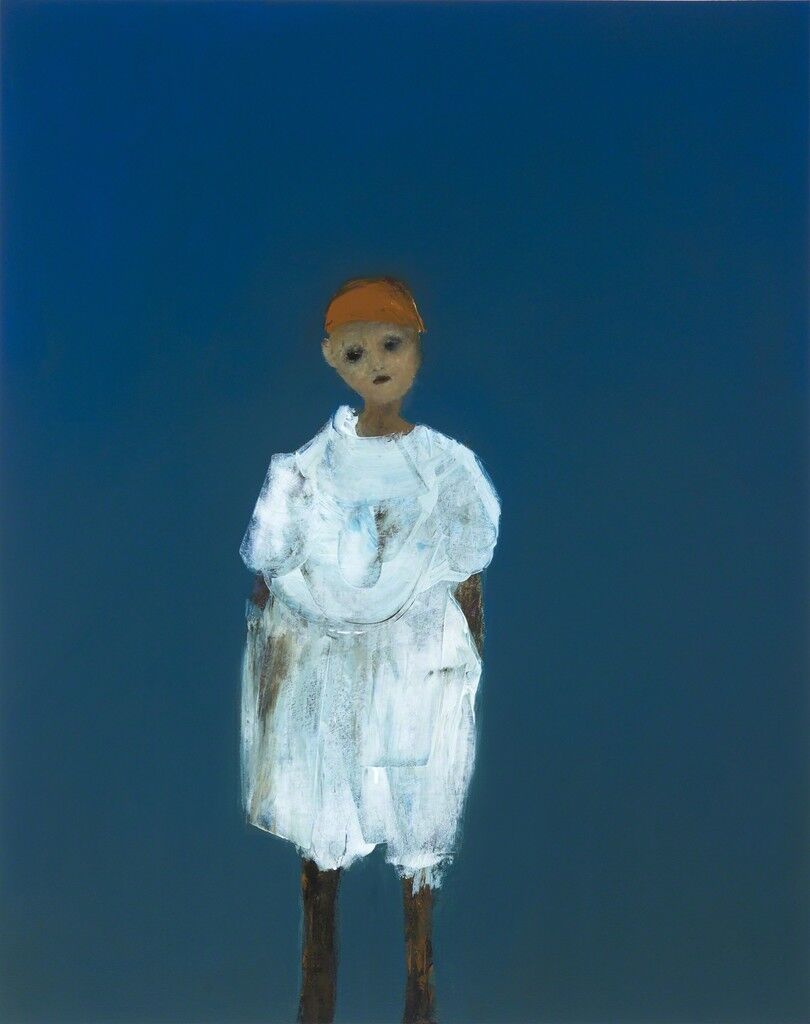 Marianne Kolb
Dreams of Your Leaving, 2015
Sue Greenwood Fine Art
Advertisement
It’s easy to draw a parallel between the artist and her characters, those mysterious human figures who seem to be emerging from a dream. Some look pensive, as in Ocean of Fire (2015) and Harvest of Silence (2015). Others, like in Heard it All Before (2015) and Dreams of Your Leaving (2015), look troubled, or downright lost. Almost all of the figures in Kolb’s paintings strike a similar pose: humble, with hands in pockets.
“I don’t approach the canvas with a particular image in my mind. I go to it with pigment in my hands and do something to that piece of material in front of me…Sometimes the painting becomes the answer—in other words, I am not trying to prove anything. I am the one who is learning,” she has said. With each canvas she creates, she seems to articulate something about the fragility and unpredictability of the human condition.
—Bridget Gleeson
“Moments of Stillness” is on view at Sue Greenwood Fine Art, Laguna Beach, Nov. 1st–30th, 2015.
Follow Sue Greenwood Fine Art on Artsy.
Related Stories