Is It Your Fault the Met Is Running a $10 Million Deficit? 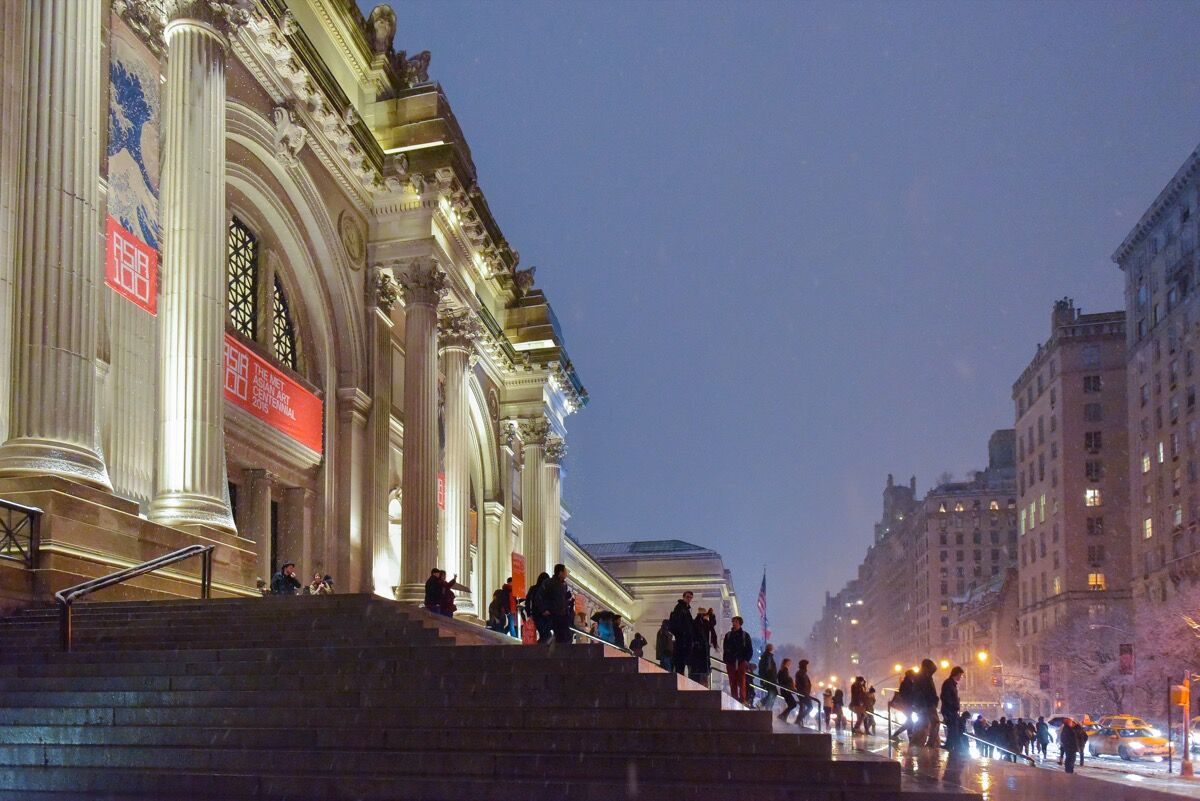 The Met is in a spot of financial trouble. In April, the institution announced it was running an operating deficit of some $10 million, and that the figure could spiral to as much as $40 million if no action was taken. This hole isn’t life-threatening—the museum has an endowment in the billions—but numerous employees at the museum will either take buyouts or lose their jobs. Exhibition programing will, in some way, be impacted.
You may be scratching your head asking how a museum that welcomed 6.7 million visitors this past fiscal year (measured from July 1 to June 30) wound up in the red. But the Met’s admission is pay-what-you-wish, meaning visitors can fork over as much or little as they’d like to get in. That’s compared to other New York City institutions that charge a set ticket price upwards of $20. And who among us has not gained entry to the Met’s incredible collection with the mere change in one’s pocket?
So the question becomes: Are stingy visitors to blame for the current deficit?
After playing around with some of the numbers, I don’t think so—at least not any more so than in years past. I took a look at the Met’s financials from fiscal years 2009 to 2015 to see if there is some connection between the average revenue received per person admitted to the museum and the institution’s surplus or deficit, year to year.
Before we go in any deeper, a necessary if obvious preface: This is a complex topic. I’m not attempting to determine the source of the Met’s deficit. It is likely connected to multiple different factors, and the museum’s detailed financial report on this fiscal year isn’t released until November. Instead, I’m looking at a very isolated relationship—between revenue from admission per visitor and surplus/deficit—amid a sea of variables.
And that sea of variables is a stormy one. The deficit has grown steadily over the last few years, from $3.5 million in fiscal year 2014, to $7.7 million in fiscal year 2015, and to $10 million in fiscal year 2016. And as a New York Times piece by Robin Pogrebin has pointed out, the Met has made numerous ambitious financial plays over the last few years that are probably related to the current financial situation. Interestingly, along with the usual suspects (ambitious building projects, the Met Breuer), Pogrebin notes a softening of the Met’s admission language—from “recommended” to “suggested.” It’s a hint that museum go-ers and their wallets could be a factor.
There isn’t recent enough data available to know if the switch from “recommended” to “suggested” made a difference (though that will be something to watch for.) For now, with the historical data available, let's look at the numbers to see what we can glean.
Here’s a graph of the Met’s revenue per visitor from 2009 to 2015:
The underlying calculation is simple: it’s the museum’s admission revenue, divided by the number of visitors. So we see the Met gets an average of roughly $6 of revenue per visitor. There’s a large amount of fluctuation year to year, and there certainly is some that can’t be brushed off. But the actual percentage change in admissions revenue over the last three years is relatively small. And when we take a closer look to see if an increase or decrease in admissions revenue per visitor per year is correlated to whether the Met ran a surplus or deficit that same year, the answer is no.
Here’s the institution’s bottom line financials, graphed:
Compare that to revenue per visitor. Some years, they almost seem to be inversely related—but at the very least, there is not a predictable correlation. The Met can run a surplus when visitors are generating relatively little revenue, and can run a deficit when they’re generating more.
This doesn’t mean the suggested donation policy isn’t a cash drain. The MoMA—which charged $25 for adults—saw roughly $10 of admission revenue per visitor in the 2014 fiscal year. There’s no guarantee they calculate revenue in a way comparable to the Met. But if the Met did receive a similar $10 in revenue per visitor, their deficit would be wiped out. This is not to say that if the Met introduced a mandatory admission policy it would automatically find itself in good fiscal health. Being pay-what-you-wish makes the Met one of the most accessible and affordable in New York City.
One final note: Museum attendance figures are known to have a countercyclical relationship to the broader economy. This means that as the economy gets worse, museum attendance generally increases and vice versa. This can be a problem for museums whose budgets depend less on attendance revenue and more on the corporate, philanthropic dollars that typically dry up during a recession. So attendance can be soaring while the revenue sources museums depend on grow shaky.
I may have to eat a healthy slice of humble pie when the Met does release their detailed numbers for the 2016 fiscal year in November, but for now I’m skeptical that they’ll show a sizable drop in attendance revenue per visitor. And even if we do see a decrease, history indicates that such drops are not correlated to a deficit.
Isaac Kaplan is an Associate Editor at Artsy.
Related Stories