Is There Anything British Left about the London Art Market? 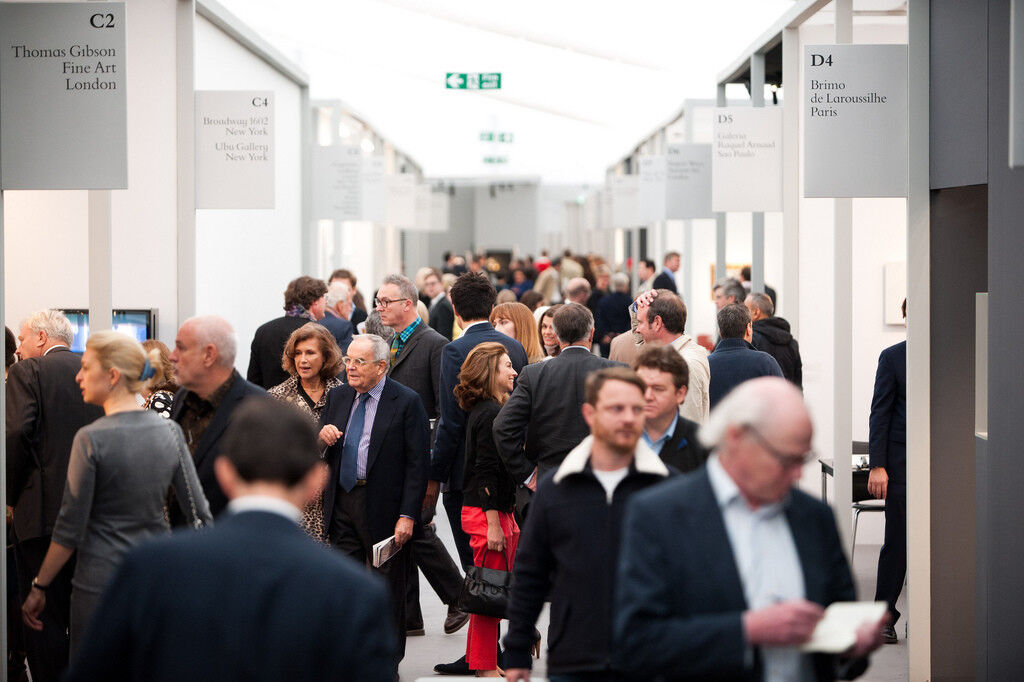 That London has cemented itself as a center for contemporary art to rival New York over the past decade, is a truism often repeated and rarely challenged. Blue-chip American galleries David Zwirner, Pace, Michael Werner, and Marian Goodman invaded Britain’s capital in 2012, solidifying the city’s equal art-world importance in the contemporary realm as it has long held for Old Masters. Gagosian’s addition, next week, of a third exhibition space to its existing flagship on Britannia St and “shop window” in Mayfair suggests that the trend is set to continue. It’s no accident, either, that Gagosian—as well as Patrick Seguin, who opens a second space in Mayfair, and Tornabuoni Art, which will debut in London—has scheduled the opening of that new gallery to coincide with the commencement of this year’s Frieze Art Fair.
Frieze remains the catalyst for, and symbol of, London’s resurgence as a competitor to New York, the city that has since the Second World War reigned as art’s global hub. Indeed, in the new model for the sale of contemporary (and now pre-contemporary, by way of Frieze Masters) art pioneered and perfected by Frieze, we can see the blueprint for London’s anticipated pre-eminence. For if London is to achieve a status comparable to that of New York post-1950, or indeed Paris at the turn of the previous century, then it will do so by different means.
New York thrived because of the extraordinary concentration of artists, critics, and dealers in its 20 square miles, allied to a wealthy, educated, and open-minded new class of collectors. Its galleries’ businesses were thus founded upon—though not of course limited to—the sale of art made in New York to collectors who lived in New York. Whereas in New York, artists and collectors (downtown and uptown) existed side-by-side, London often operates as a conduit for the sale of art by international artists, through international dealers, to an international clientele. This isn’t to downplay the importance either of local artists or local collectors, only to note the changing circumstances of a more globalized, networked world. 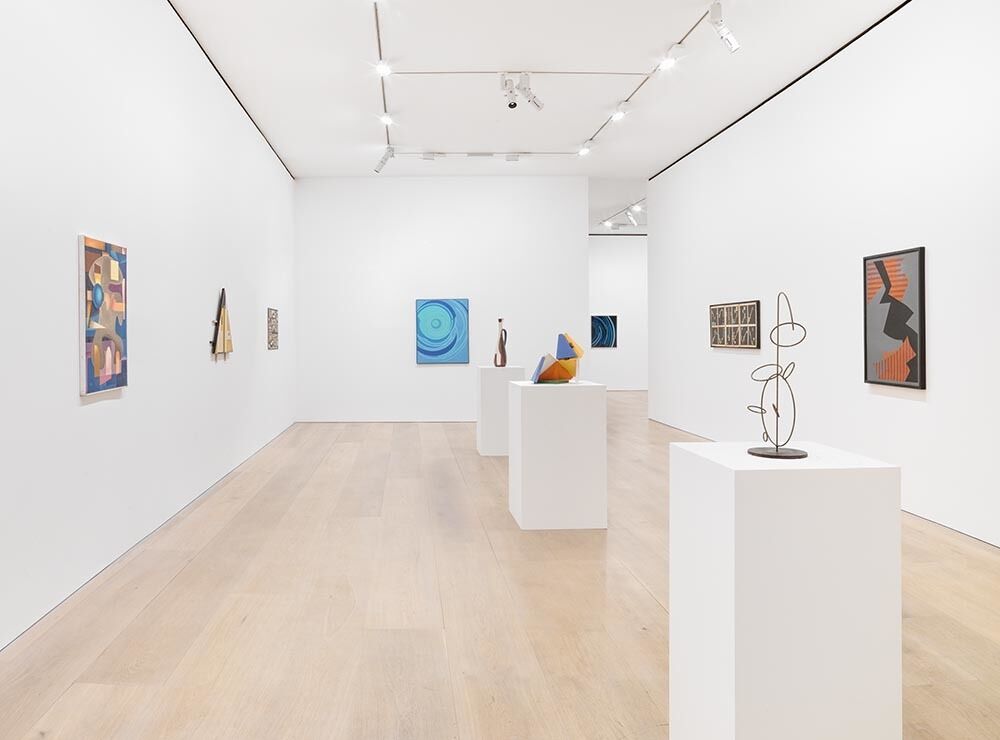 That difference is perceptible in the program of those galleries that have recently made a home in London. David Zwirner’s “Concrete Cuba,” which closes October 3rd, is a magnificent, scholarly reappraisal of a neglected artistic movement in a country whose creative output was for a long time ignored and would not, until recently, have been considered a particularly saleable proposition. That exhibition came after a well-received presentation of new work by the highly regarded Flemish painter
Michaël Borremans
, whose private view had a strikingly European flavor.
Indeed, of all the artists on Zwirner’s roster only Colombian-born inflation-magnet
Oscar Murillo
and veteran
Bridget Riley
are permanently resident in London. Much the same is true of the other international galleries who have recently laid down roots in London: in the prime Frieze exhibition slot this year, Pace shows
Lee Ufan
; Michael Werner presents
James Lee Byars
; Marian Goodman hosts
William Kentridge
; and Gagosian opens its new space, predictably, with
Cy Twombly
. (It’s become tradition for Gagosian to open new European outposts with a Twombly exhibition.)
We should acknowledge, of course, that a survey of foreign-owned blue-chip galleries does not accurately reflect the broader health of a city’s artist culture, which is better measured by reference to the emerging underground. Yet it remains true that London’s spiralling cost of living is making it increasingly inhospitable to people who elect to pursue a more precarious existence (i.e. make art). Concurrently, the Ryanair revolution, along with an increasingly networked art world, means that creative communities outside the traditional centers are at considerably less of a disadvantage than they once were. The result is that it is more familiar now to hear of artists moving away from London (to Glasgow, to Brighton, to Istanbul) in an attempt to make it work, than of artists flooding in to achieve recognition. 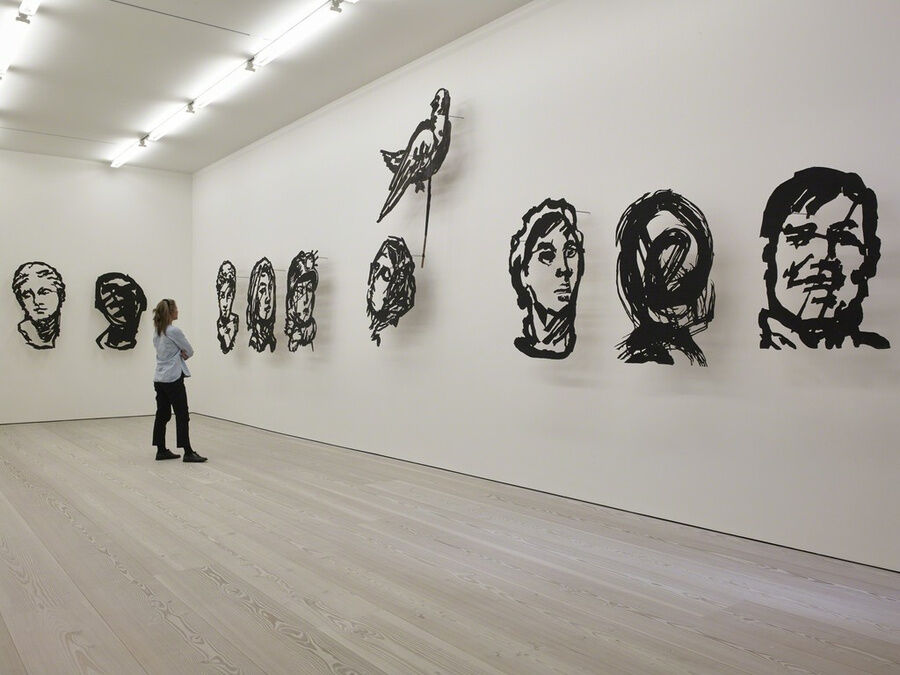 Advertisement
The upshot is that London is set to become a creative center in which neither the artists nor many of their most high-spending buyers are resident—the latter often making their way to Mayfair via Heathrow. In many respects this is overdue and a welcomed development; artists from outside of the world’s most powerful cities should have access to its platforms. London’s relative geographic proximity to those who make their money in the Gulf States and Russia, in addition to the appeal of the city’s non-domiciled tax regulations to the absent super-rich, may be sufficient to maintain its growth as a marketplace. It remains to be seen, however, whether that commercial expansion will support the emergence of important new art from the city, or whether London will prove that the link between where a work is made and where (and to whom) it is sold has been conclusively broken.
—Ben Eastham
Related Stories