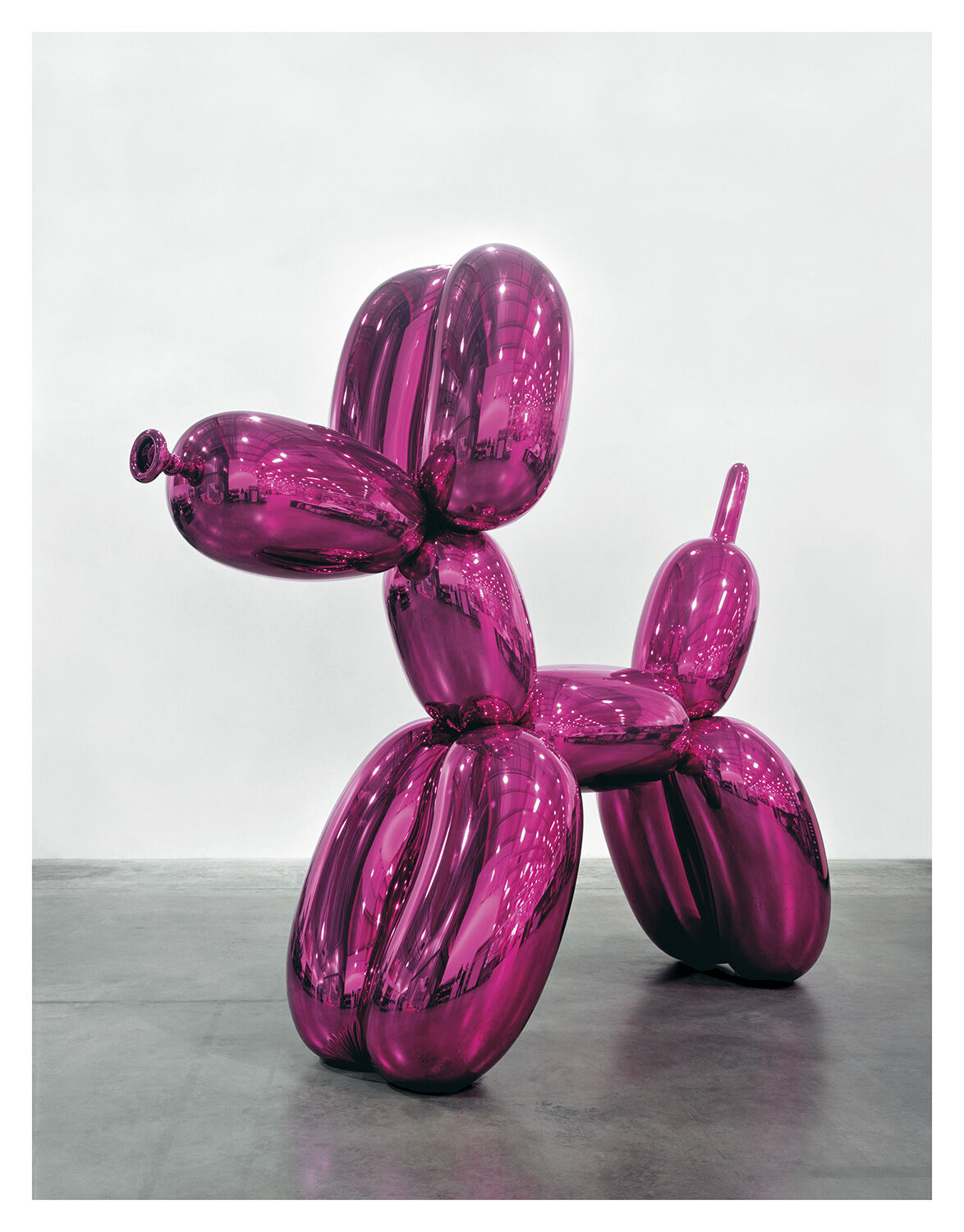 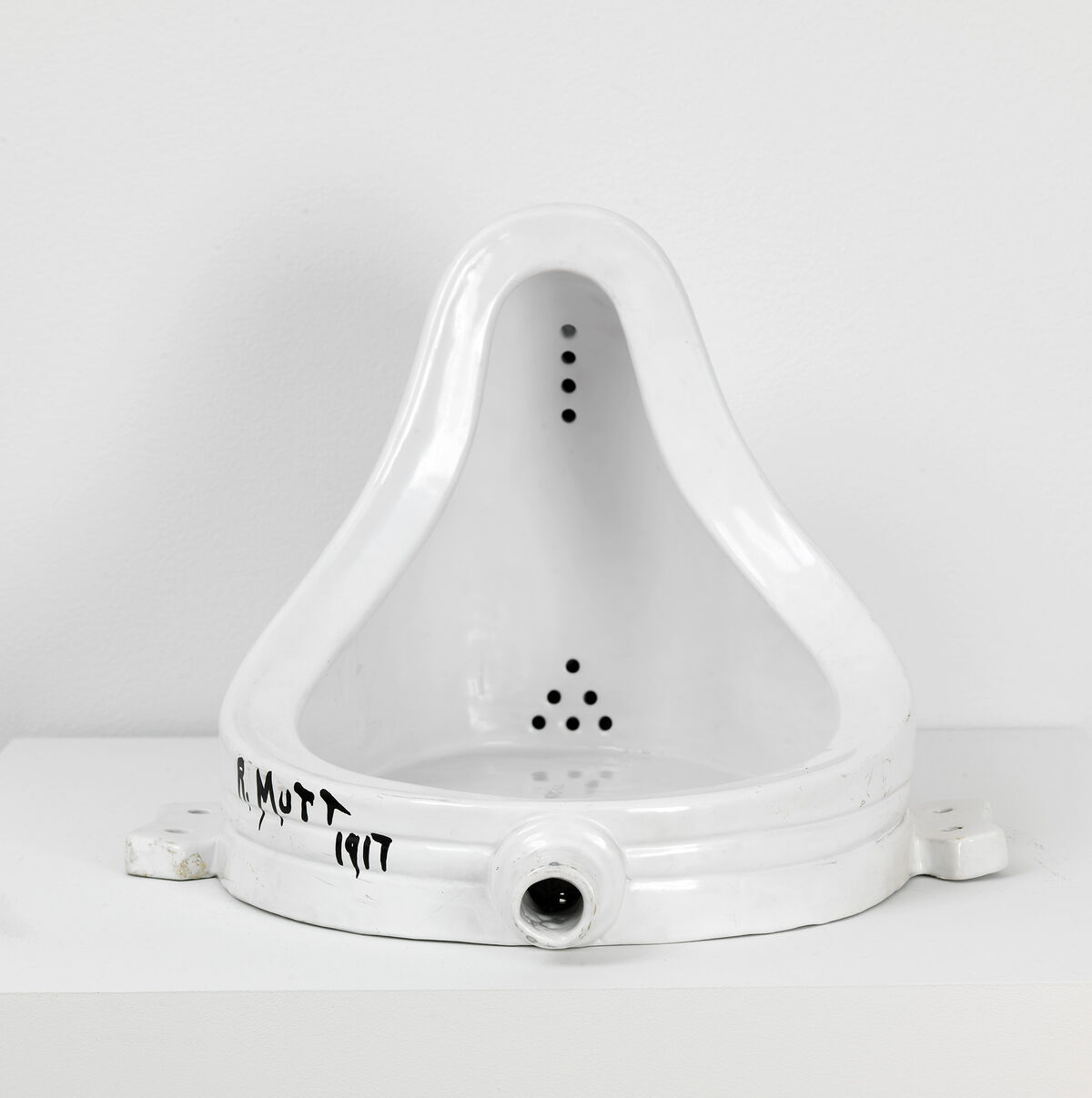 In 1913,
Marcel Duchamp
began imagining The Bride Stripped Bare by Her Bachelors, Even (The Large Glass) (1915–23), an artwork made from a freestanding glass panel. In notes outlining his thinking behind it, the artist wrote of “shop windows hiding coitus behind the sheet of glass.” A simple phrase, at its crux was Duchamp’s attempt to challenge commodity culture and its hold on society.
More than 100 years later, a new exhibition at Mexico City’s Museo Jumex, “Appearance Stripped Bare: Desire and the Object in the Work of Marcel Duchamp and Jeff Koons, Even,” pairs some of Duchamp’s most iconic works with pieces by
Jeff Koons
to re-open this inquiry into what draws us to objects, and how they echo our desires. 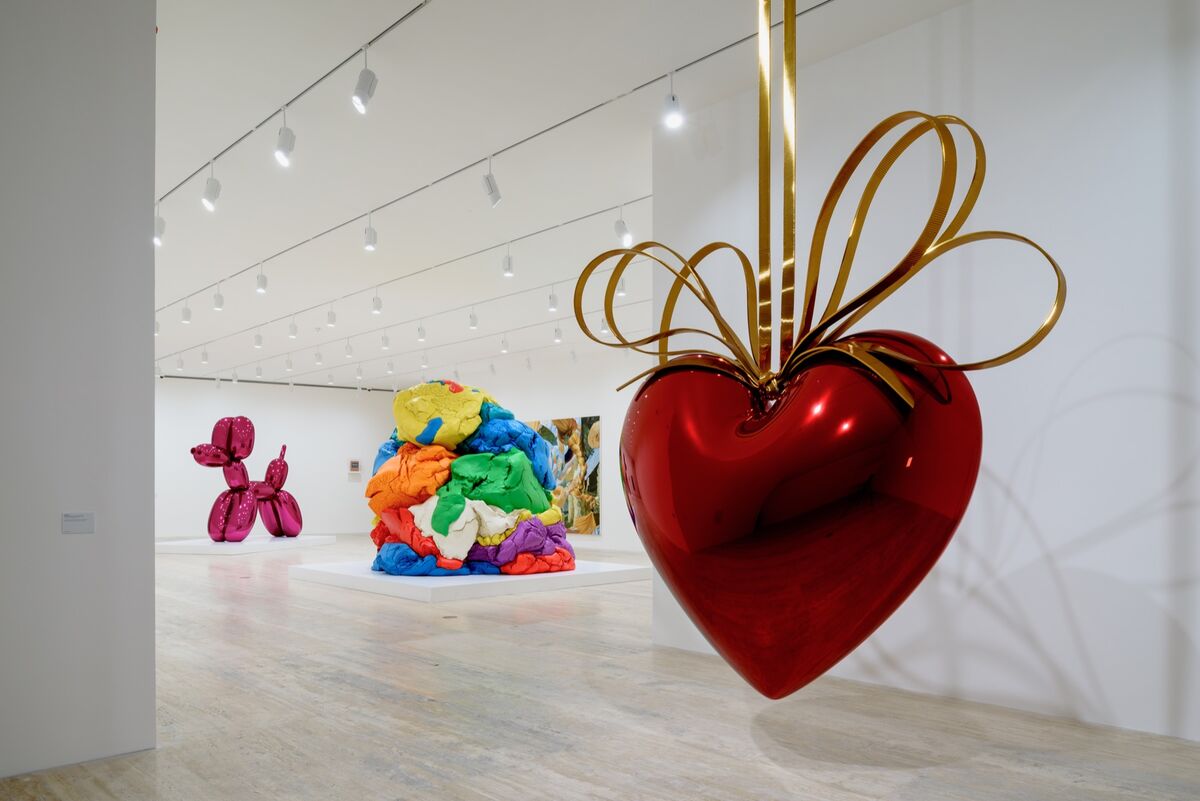 The exhibition features over 80 pieces from both artists, openly scattered in an arrangement described in the show notes as part of a music box, or ballet mécanique. In theory, this allows visitors to bounce back and forth between the works and concepts of both artists, and to drift towards pieces that attract their attention the most. In reality, most people will be drawn towards the objects that are the shiniest, and patiently wait to take selfies in the reflective, stainless steel bodies of Koons’s Moon (Light Blue) (1995–2000) and Balloon Dog (Magenta) (1994–2000).
Why these two artists? Massimiliano Gioni, the show’s guest curator, said he was interested in how “two artists at the two opposite bookends of the 20th century, each with a leg in the previous or succeeding century, were looking at objects, commodities, and sex.” 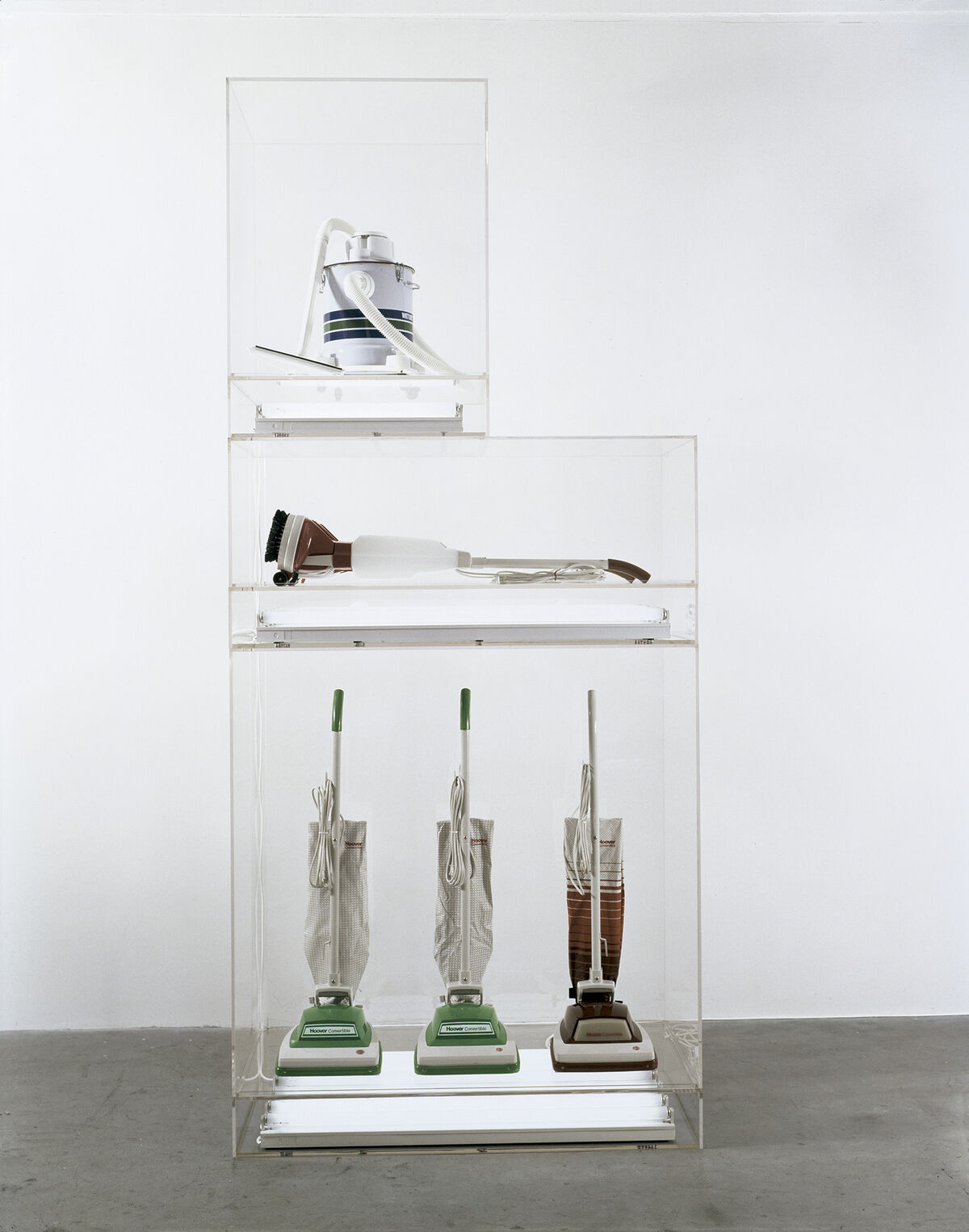 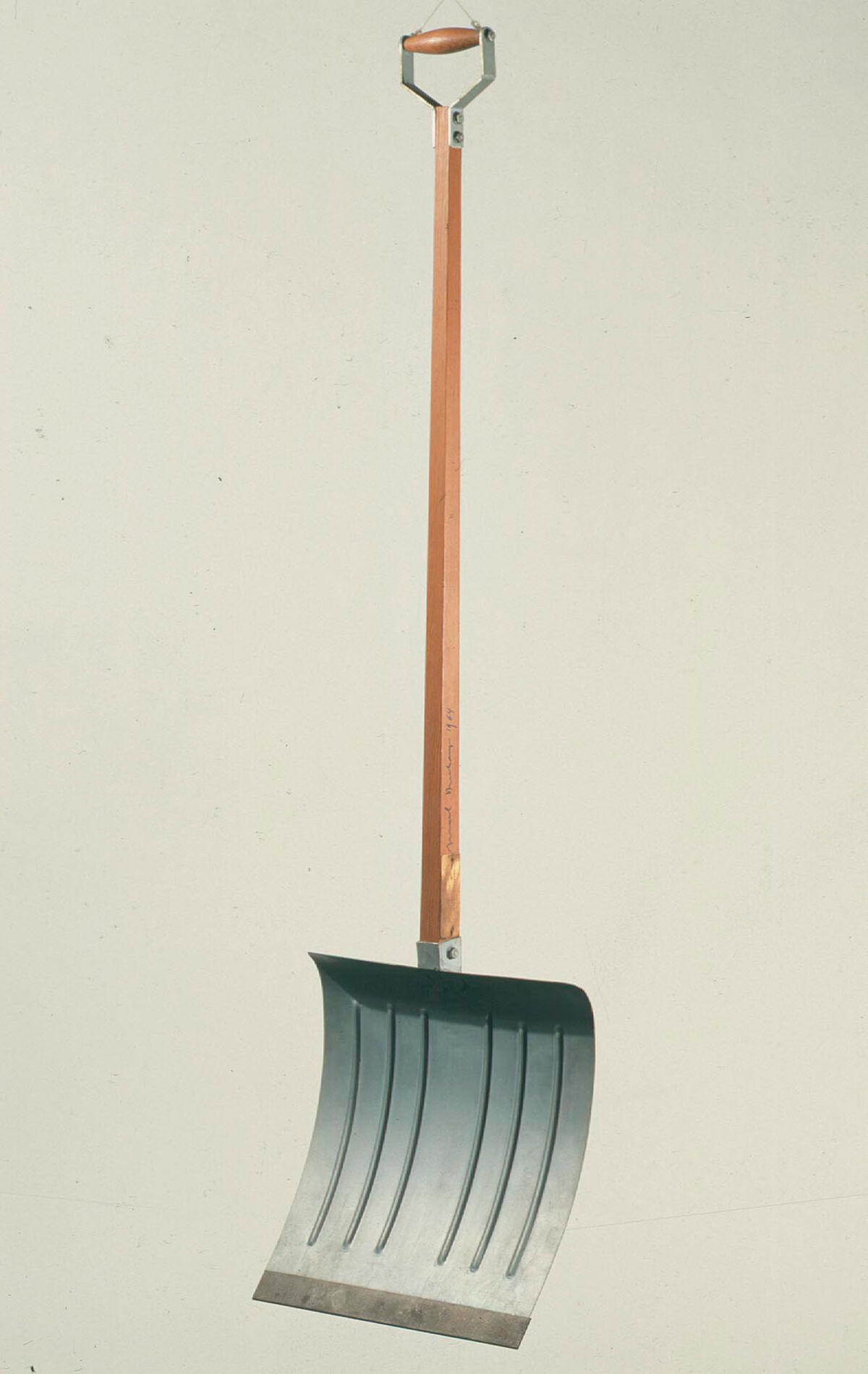 Advertisement
Gioni recounted an anecdote of Koons’s first solo exhibition, held in the summer months of 1980. People walking by the show at the New Museum’s former location near Union Square in New York might have noticed a series of vacuum cleaners and floor buffers in its windows. The appliances, suspended vertically and lit from below, were part of a work entitled The New (A Window Installation) (1980). Legend has it, the curator explained, that the display was so enticing that people went inside the museum to ask about purchasing the vacuums. To Gioni, this story reflected a question Duchamp had originally raised in his notes on “Reciprocal Readymades”: Is it possible for something that has previously been considered a work of art to be used, valued, and seen as an ordinary object? “I always thought [Koons’s window] was a strange fulfilment of Duchamp’s prophecy,” Gioni explained.
Critics often draw parallels between the two artists’ use of readymades—everyday objects re-contextualized as art. And indeed, with the work of both Koons and Duchamp showing in the same space, the exhibition at Jumex might be mistaken for a department store with a bizarre, but delightful, sense of humor. Take, for example, the gallery in Jumex’s open, sunlit floor that’s adorned with a shovel hanging from the ceiling, Duchamp’s In Advance of the Broken Arm (1915); three vacuum cleaners happily lined up in a glass display, Koons’s New Hoover Convertibles, New Shelton Wet/Drys 5 Gallon, Doubledecker (1981–87); and a basketball eerily suspended in a fish tank, Koons’s One Ball Total Equilibrium Tank (Spalding Dr. J Silver Series) (1985).
But perhaps Koons’s bigger debt to the French artist lies in the latter’s conceptual groundwork. In Marcel Duchamp: Appearance Stripped Bare, the Mexican poet and Duchamp scholar Octavio Paz points out that “the Readymade is not a work but a gesture.” That Duchamp and Koons have both used readymades is less important than the fact that both artists have deployed them—alongside other tools—in an effort to provoke questions surrounding taste, class, eroticism, sexuality, and consumerism. 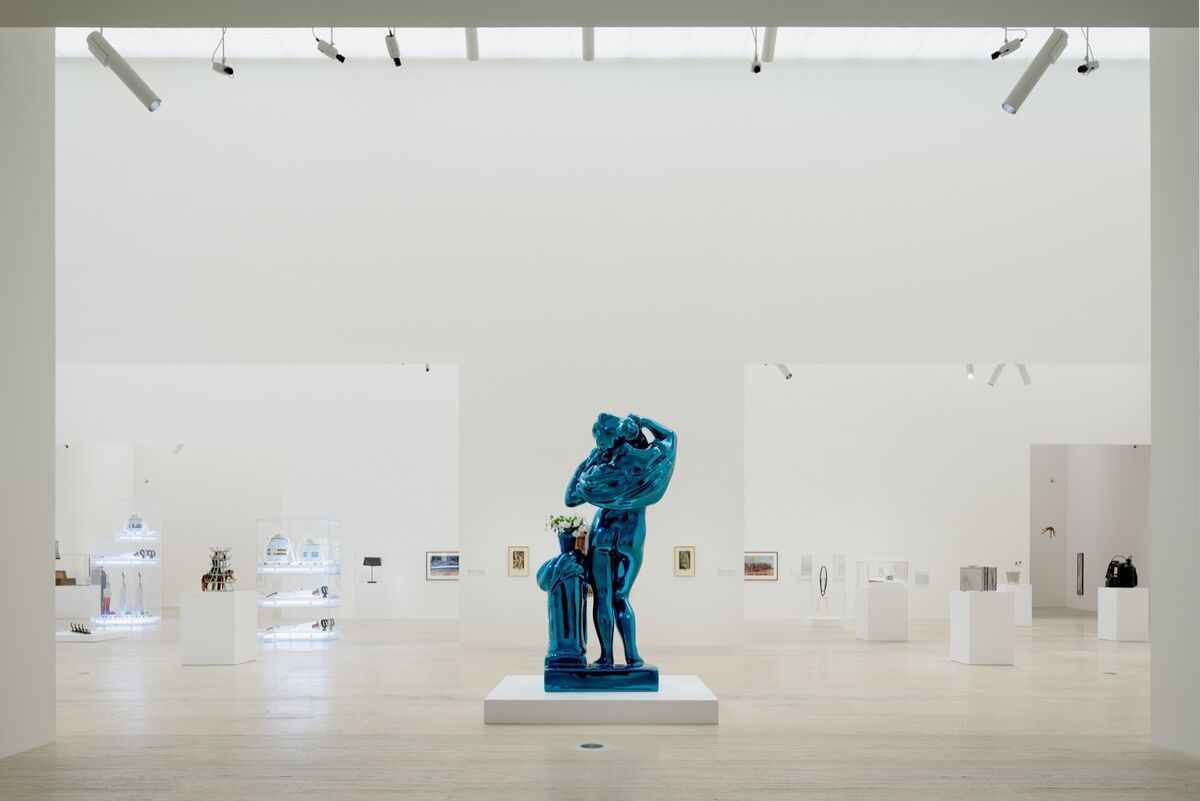 “Duchamp and Koons have been two of the few artists to fully comprehend the synchronized and parallel dynamics between art and society and, more importantly, to operate with them,” writes art historian Dorothea von Hantelmann in the catalogue for “Appearance Stripped Bare.” Duchamp, through his crusade against what he called “retinal art”—art that places the visual, and therefore questions of taste and class, over the conceptual—was the “first to get to the heart of what was happening in a society whose conception of identity, sensemaking, and well-being is oriented toward the production and consumption of objects,” von Hantelmann writes. Today, Koons appropriates this into a new, hypervisual era almost entirely dominated by “retinal art” by way of advertising or Instagram. A conceptual evolution of Duchamp’s shop windows, Koons’s mirrored stainless-steel structures literally reflect us. The artist’s plaque accompanying Rabbit quotes Koons as saying: “It’s about using the public as a readymade.”
Paz wrote that Duchamp conceived readymades as “a jibe at what we call valuable.” Speaking of value, Koons’s work recently broke the record for most expensive artwork sold at an auction by a living artist when one edition of Rabbit (1986) fetched $91.1 million. An identical edition of this stainless steel bunny holding a carrot, owned by the Museum of Contemporary Art, Chicago, is included in the exhibition.
At a press conference with Koons on Thursday, a journalist asked the artist if there weren’t any feelings of guilt, considering we were “approaching the end of the world”—perhaps referring to climate change in a week when wildfires around Mexico City had left the city shrouded in an apocalyptic haze. “The market is just a reflection of the times, and the values people find in art,” Koons replied. 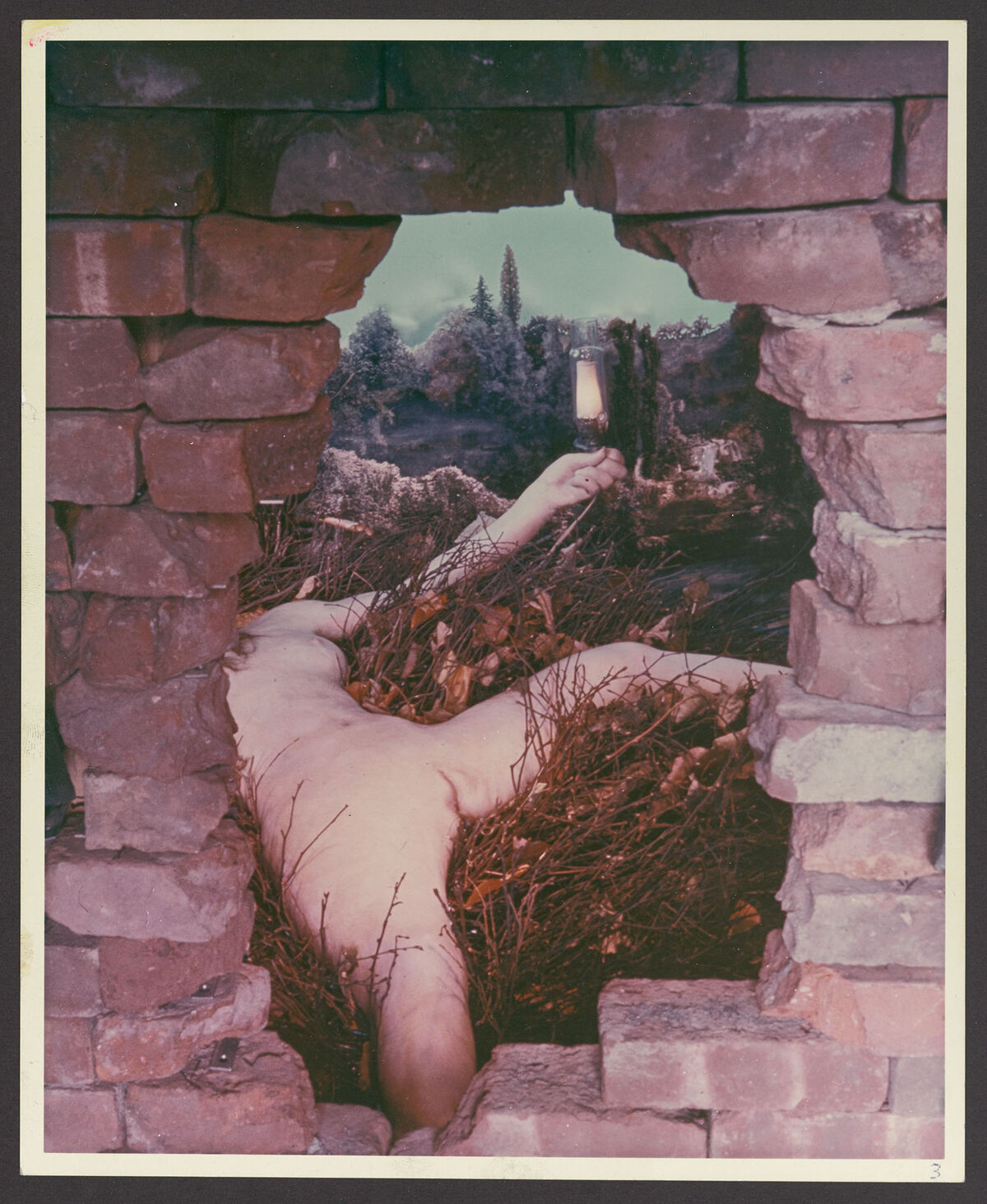 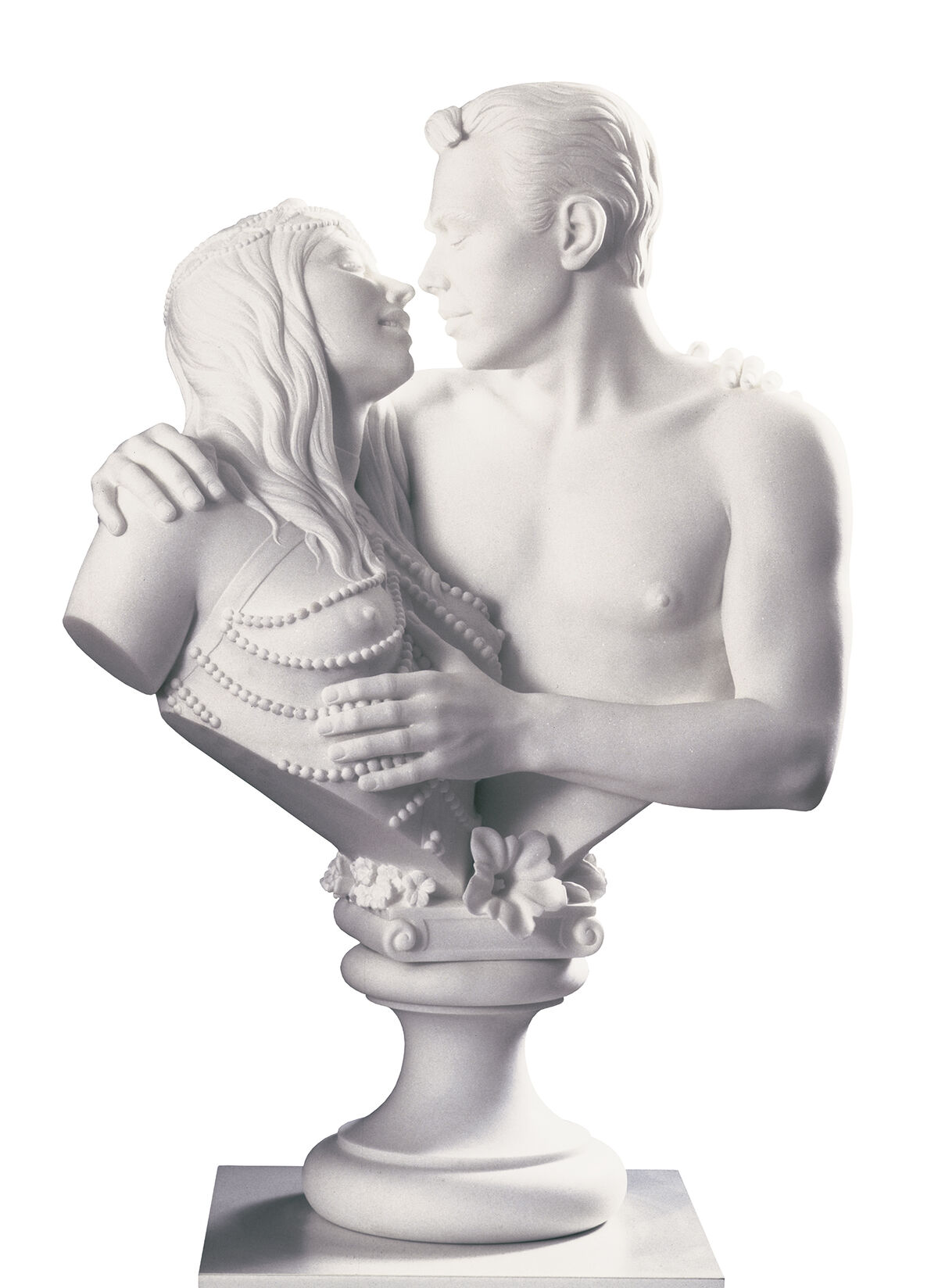 Koons and Duchamp have played with objects and commodities to point out who we are, as humans, and how the world around us is changing. Duchamp, Gioni said, “understood how the 20th century would be the century of consumption and choice, rather than of production.” Both artists understood, too, the intrinsic eroticism of this choice.
Art, Duchamp pointed out, “is felt through an emotion presenting some analogy with a religious faith or a sexual attraction,” a connection he made explicit in the curvaceous bronze pieces Feuille de vigne femelle (Female Fig Leaf) (1950–61) or Objet-dard (1951–62). Koons, in the 1980s aesthetic of Made in Heaven (1989–91), reveals how the modern pornography industry has successfully transformed sex into yet another thing to be consumed. Both artists reveal to us how we, as a society, have commodified and objectified desire.
Ironically, beyond the museum’s confines, the elaborate shop window displays that Duchamp wrote about are rarely found in Mexico, even by the country’s biggest department stores. Instead, there are the Oxxo convenience stores, open 24/7; at night, with little else open, revellers looking for something to drink or eat, flock to the cool fluorescent lights like an electric fly trap. For security reasons, customers are not allowed in the stores after dark, and instead must stand outside and direct a shop assistant inside to help find what they want. The exercise recalls the central questions of “Appearance Stripped Bare”: What are the things that we desire? And how do they control us?
Annette Lin
Related Stories 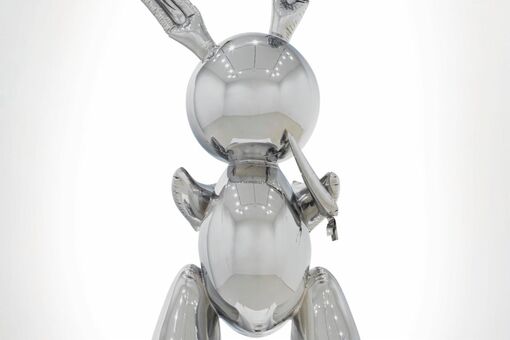 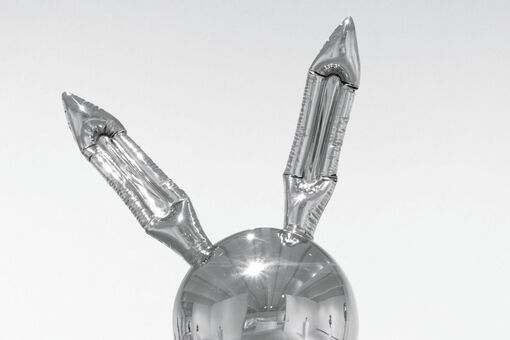