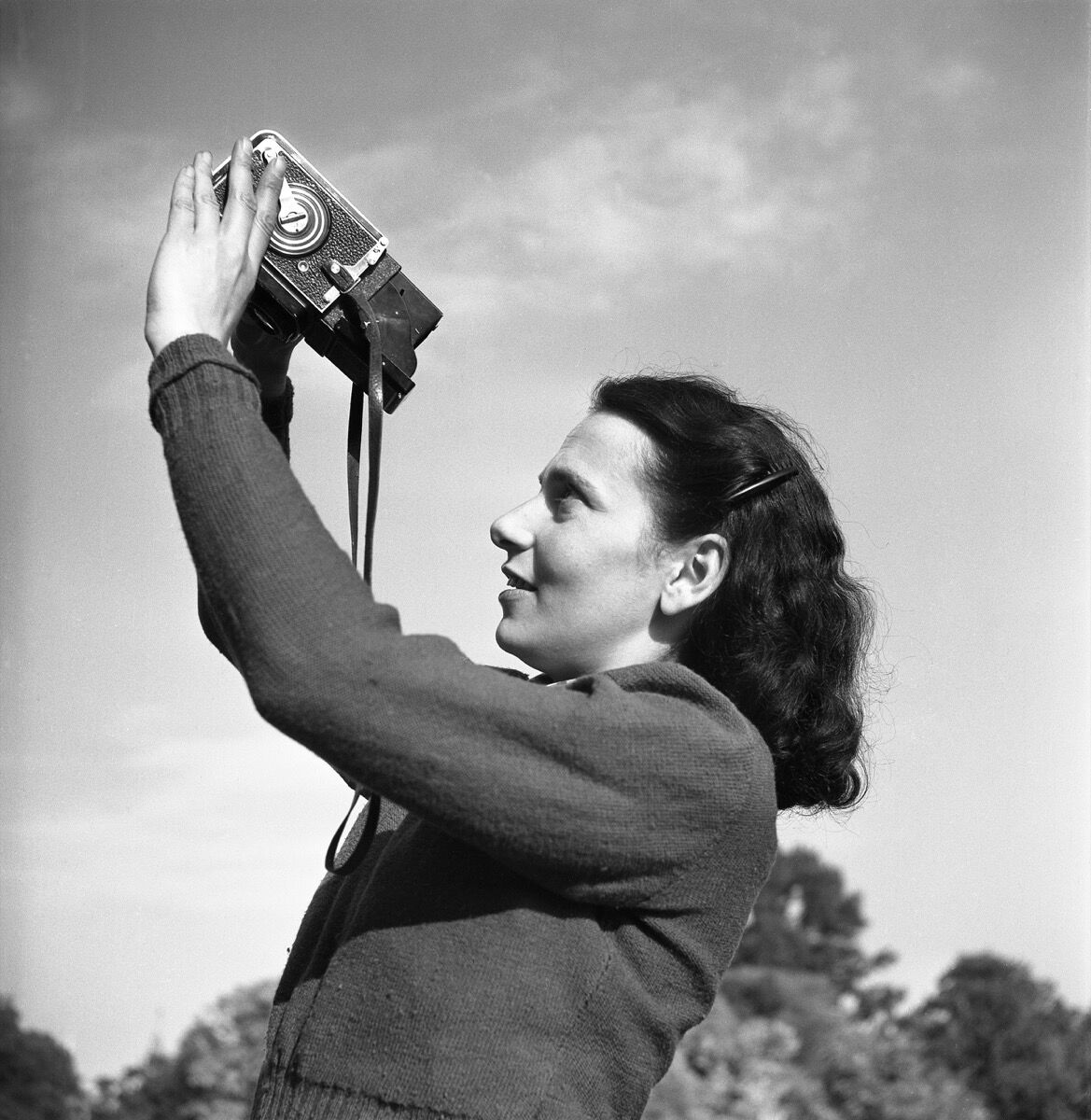 Photographer Maria Austria’s best-known images include ballerinas flying high in pas de chat, opera singer Maria Callas caught in a candid moment in the audience, and smiling portraits of cabaret artists and clowns. The photographs, taken following World War II, are surprisingly upbeat, revealing no trace of the horrors Austria endured as a European Jew who survived by hiding from the Nazis.
Austria was born Marie Oestreicher in Carlsbad, Austria (now part of the Czech Republic), in 1915. In 1937, she fled her home country to the Netherlands, where she thought she’d be safer. Three years later, the Nazis occupied Holland. Austria’s husband was deported to the Westerbork transit camp. She escaped into hiding.
After arranging false papers for herself and others, Austria worked in the Dutch resistance. She served as courier from her attic hiding place in Amsterdam, delivering false papers to others in hiding and members of the resistance under the cover of night.
Following the war, she and her second husband, Henk Jonker, established a photojournalism agency, Particam Pictures, and Austria became one of the most respected cultural photographers of the 20th century, specializing in images of avant-garde, experimental theater.
3 Images
View Slideshow 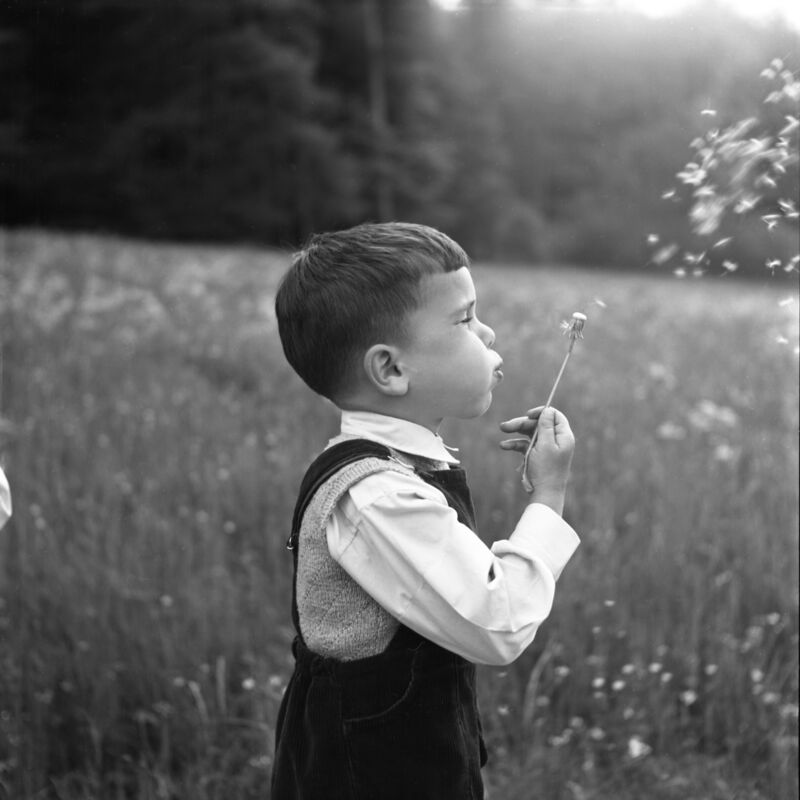 But there was another side of Austria’s work that has been unknown until recently: images of survivors returning from Westerbork transit camp; a series of photos of Jewish Romanian war orphans, and, significantly, a whole file of pictures of the Secret Annex, Anne Frank’s now-famous hiding place behind a moveable bookcase of an Amsterdam canal house, now the Anne Frank House museum.
Researchers at the Jewish Historical Museum in Amsterdam discovered these images in the last couple of years when they went back into Austria’s archives. The resulting exhibition, “Maria Austria, Living for Photography,” on view until September 2nd, is “the first time we can give a total picture” of Austria’s oeuvre, said Bernadette van Woerkom, curator of the exhibition, although the museum presented smaller exhibitions of her work previously, in 1989 and 2001. The exhibit is accompanied by the publication of an almost 800-page monograph of her pictures, by Martien Frijns.
Van Woerkom said that Austria didn’t publicly identify as Jewish after the war, and that most of her commercial work focused on “positive” topics, and were very “forward looking.” But as a survivor, who had lost a substantial part of her family in the Holocaust, she took a personal interest in capturing her own community in images that she may have kept more for herself.
“During the 1940s and ’50s there were Jewish photographers working in the Netherlands, but from the outside they never talked about their Jewishness, or their hiding, or their war traumas, nothing,”  said Van Woerkom. “Before, say, 1980, Jewish people in Holland hardly spoke about the war, it was too painful, and the traumas were too great. From the outside they were very assimilated. But now, we dive into their archives and we see that they were interested in the Jewish world around them.” 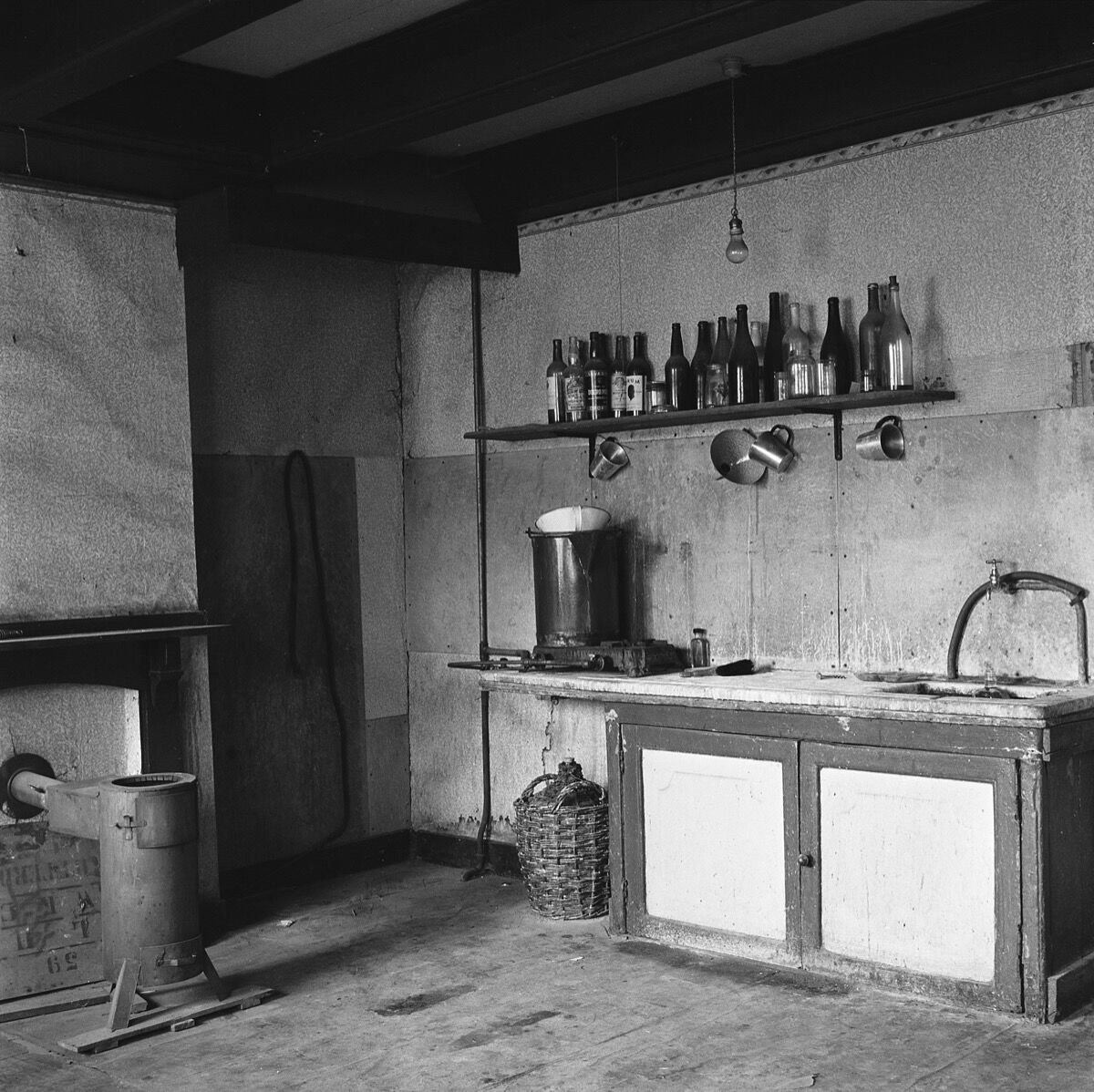 Advertisement
Austria’s mother and brother were among many of her relatives killed in the Holocaust. After the war, Austria helped take care of her three nieces, whose parents had also both been killed.
Helly Oestreicher, the eldest of the three girls, remembers her aunt as “very intense.” Although she never spoke about her Jewishness, and was not at all religious, Oestreicher said she retained her cultural connection to her Jewish roots by being “very passionate for culture, books, what happened in the world.”
Austria documented the destroyed buildings of the Jewish quarter of Amsterdam, where buildings had been so thoroughly looted by the Nazis and then robbed of even their timber by Amsterdam residents during the severe famine of the Dutch “Hunger Winter” of 1944–45, that they had to be torn down.
“When you look at her work chronologically, you see history,” said Frijns. “She really captured the history of Amsterdam between 1944 and 75, the year she died.” 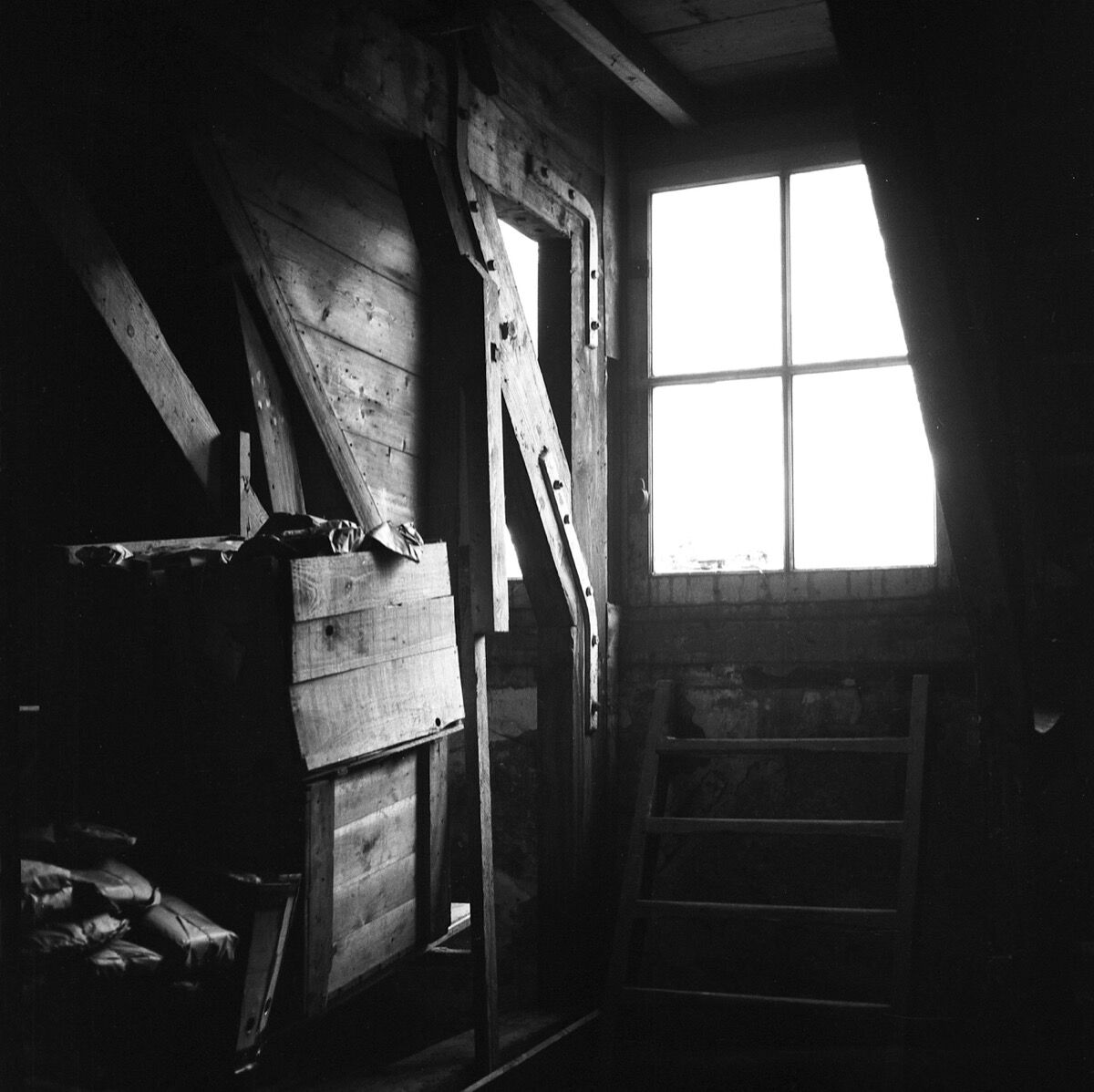 The recently rediscovered photos of the Secret Annex were commissioned in 1954 by the director of the first Broadway play based on The Diary of Anne Frank. They were used to help create the stage set for the production, but the images did not just document the house—they captured a sense of absence and loss, along with traces of the eight people who had hidden in the space for two years.
“They’re quite intimate,” said Frijns. “You can compare them to portraits. They’re very close, personal.”
Austria also took five portraits of Anne’s father, Otto Frank, who survived the war, and preserved and published Anne’s diary. They show him visiting the Annex, and pointing to some of Anne’s favorite postcards and news clippings tacked onto the walls in her former room, and rolling up his sleeve to show the concentration camp number tattooed on his forearm.
In the 1950s, when the Prinsengracht house was slated for demolition, Austria’s images became instrumental in the campaign to preserve the Anne Frank House as a museum, said Frijn.
“Without those pictures, there would have been no preservation,” he said. “The details in those pictures helped to preserve the house as it was.”
Nina Siegal
Related Stories