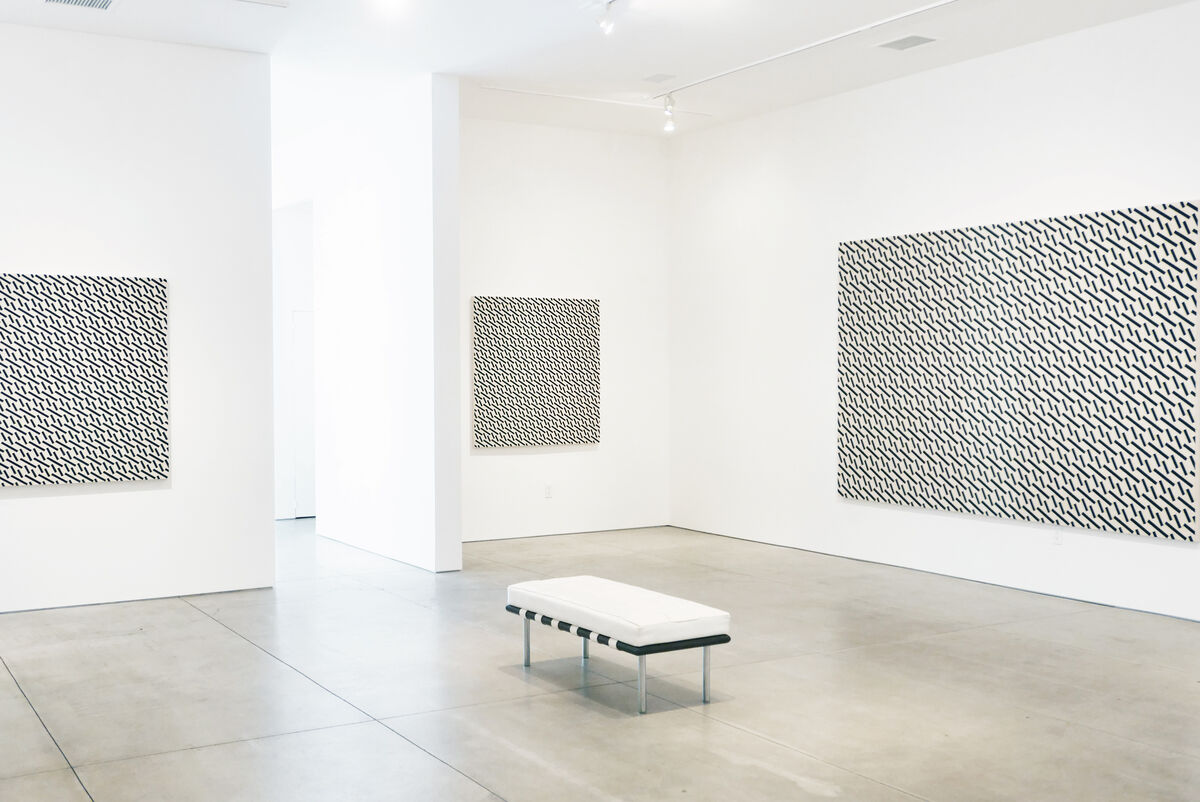 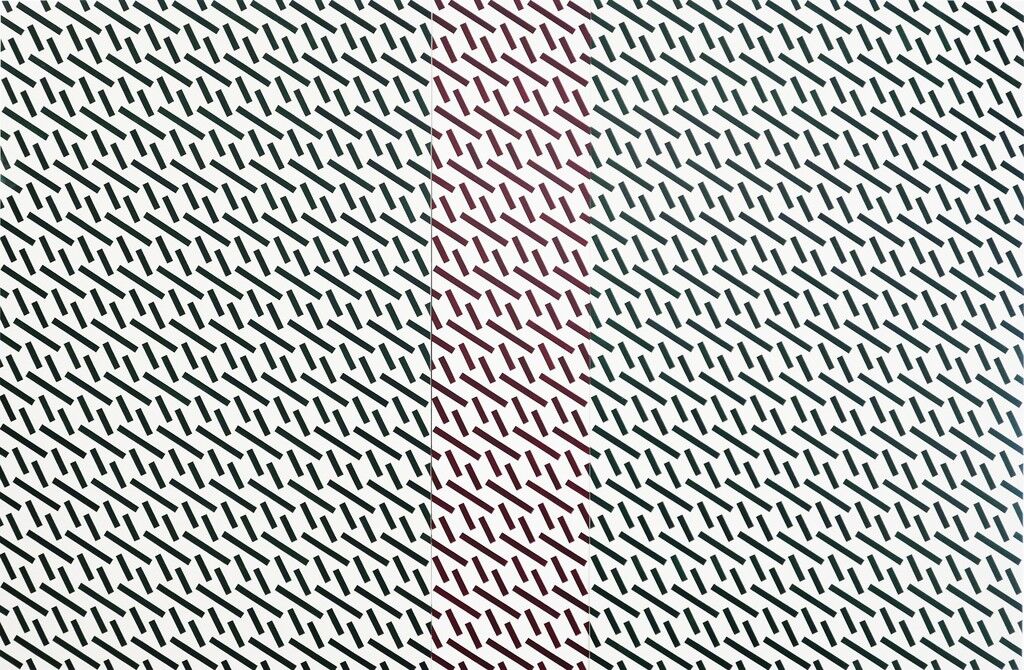 John M. Miller
PRIME C007 GR/R/GR
Peter Blake Gallery
With a uniformity that at turns resembles tally marks on a wall or jagged latticework, an agitated house of cards or an arcane code, Miller’s canvases exude a powerful sense of repetition, with subtle, almost imperceptible shifts in form and color. Made from acrylic resin on canvas, his markings pulsate with a consistent rhythm, yet they are not homogenous. Rather, each meticulously hand-painted, sharp mark is simultaneously distinct and indistinguishable from the rest. These formal tensions between singularity and similarity, spontaneity and deliberation give his swaths of slightly varying lines a highly palpable sense of harmony. 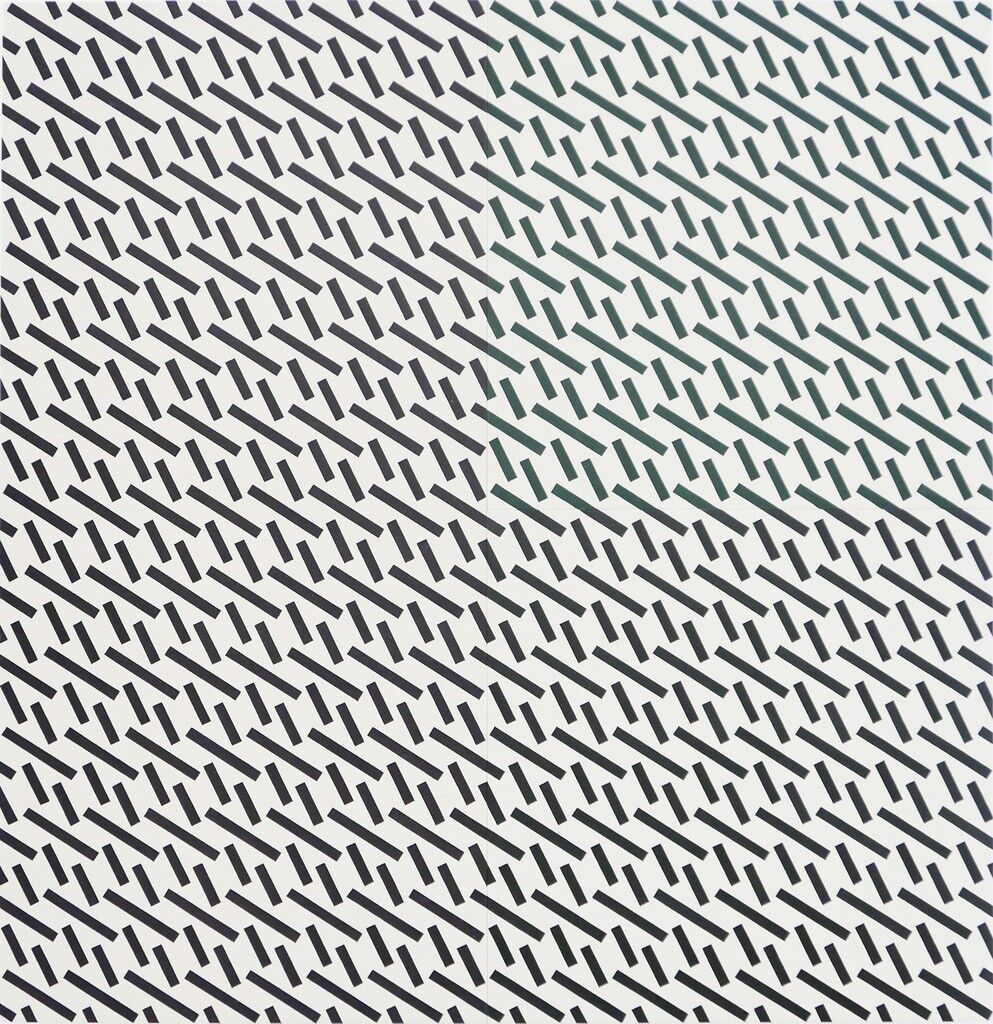 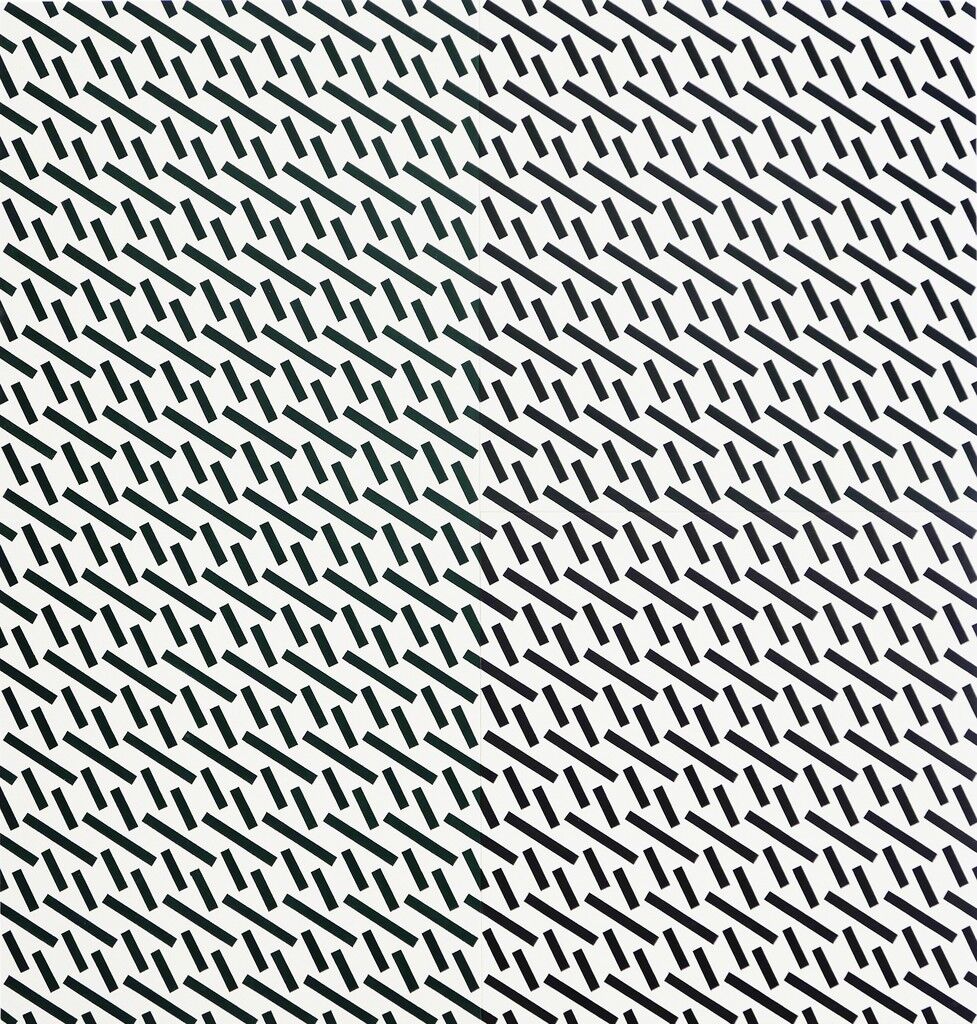 John M. Miller
ROOKERY D002
Peter Blake Gallery
Advertisement
In the past, Miller’s works have been associated with
Op Art
or Geometric Abstraction, or subsumed under the heading of
Minimalism
—frequently mentioned in the same breath as artists like
Agnes Martin
and
Brice Marden
. While Miller’s paintings may share some elements with these movements and artists, to say that Miller’s canvases strictly belong to any of these camps would be an unfair assessment. 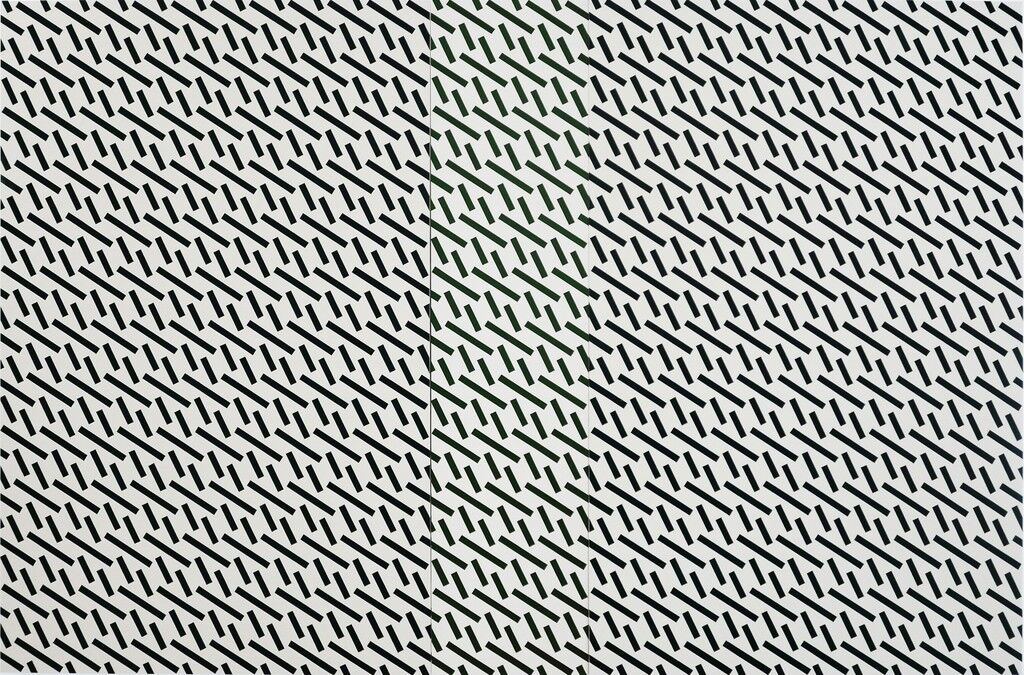 John M. Miller
Prime C006 BK/GR/BK
Peter Blake Gallery
The geometric abstraction in Miller’s canvases may short-circuit external associations, but rather than entirely abandoning context, his marks become the context itself, drawing attention to and amplifying the act of perception without triggering the responses induced by Op Art. Miller’s paintings, if given a chance, fully command a viewer’s immediate field of vision, without dictating the terms of a viewer’s response, even as they gently guide it.
—Grace-Yvette Gemmell
“John M. Miller” is on view at Peter Blake Gallery, Laguna Beach, Sept. 26–Dec. 5, 2015.
Follow Peter Blake Gallery on Artsy.
Related Stories